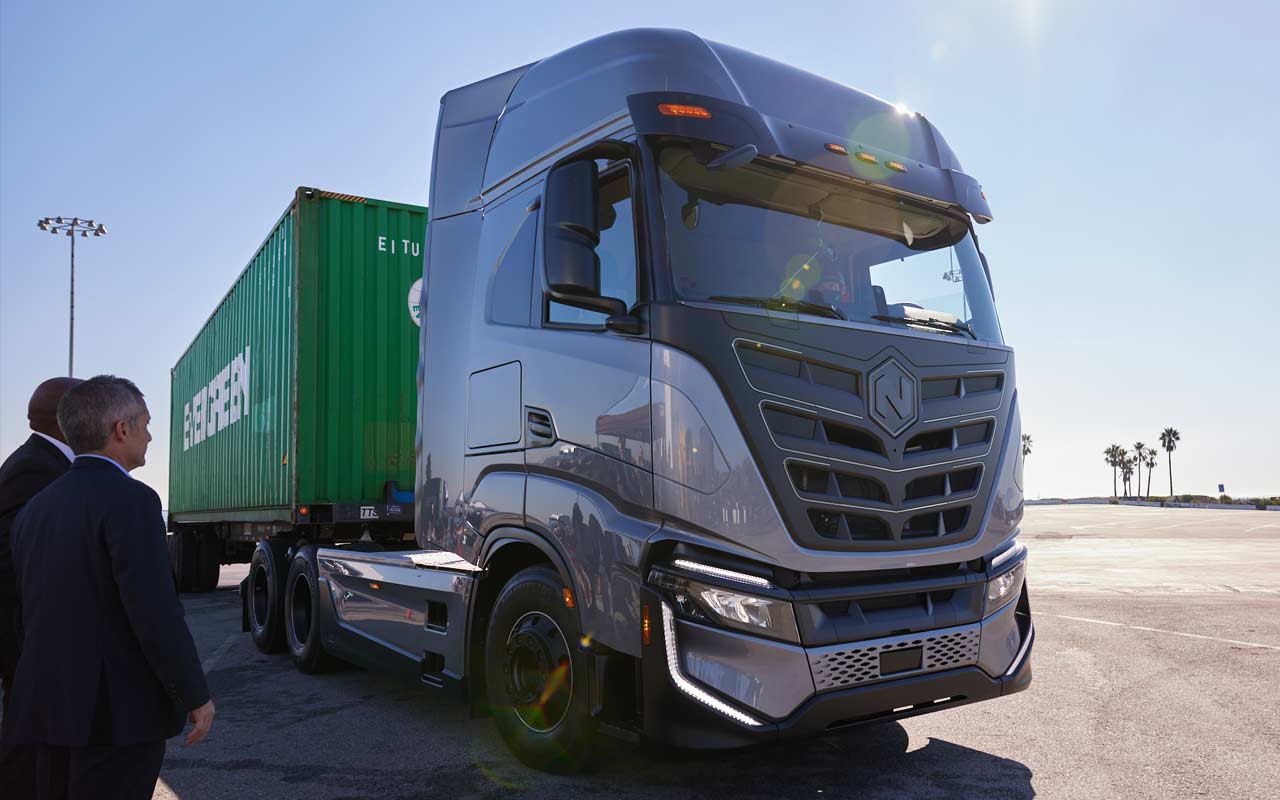 Arizona-based electric truck startup Nikola Corporation claims to have delivered the first TRE BEV electric trucks to California-based Total Transportation Services (TTSI) for pilot testing. While Nikola’s official statement uses the plural “trucks”, the photos shared on the company’s official Twitter account show only a single truck, so we are gonna go with just a truck for now.

Ending the year on a high note! Last Friday marked our first #NikolaTreDelivery to our customer @ttsitrans with local, state and federal representatives present in support of decarbonizing the Port of Long Beach. Congratulations to #TTSI. pic.twitter.com/XVU9A6n2nl

The delivery ceremony was attended by the representatives of some of the U.S. Congressmen and Congresswoman and also from the offices of the CA State Assembly.

Apparently, TTSI’s LOI (Letter of Intent) is for 100 zero-emission trucks beginning with a four-truck pilot of two BEVs and two FCEVs. Upon satisfactory completion of the vehicle trials and subject to TTSI obtaining certain government funding, 30 BEVs are expected to join the fleet later in 2022 and 70 FCEVs in 2023. 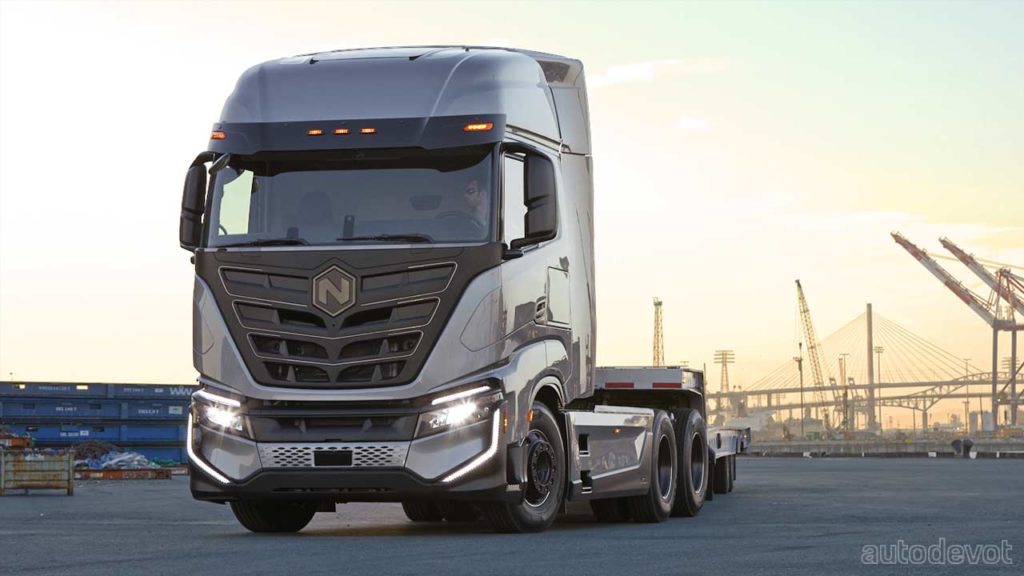 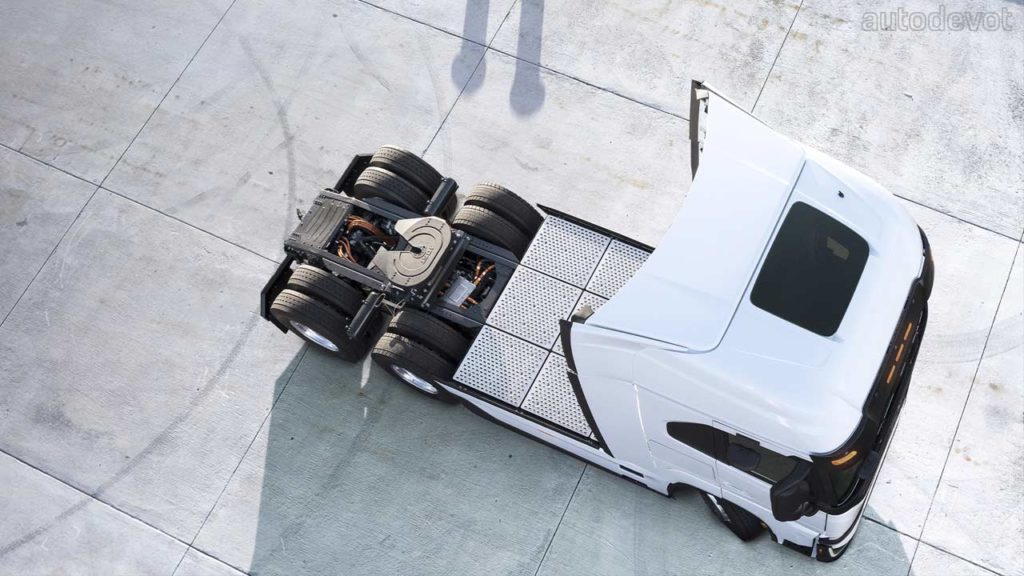 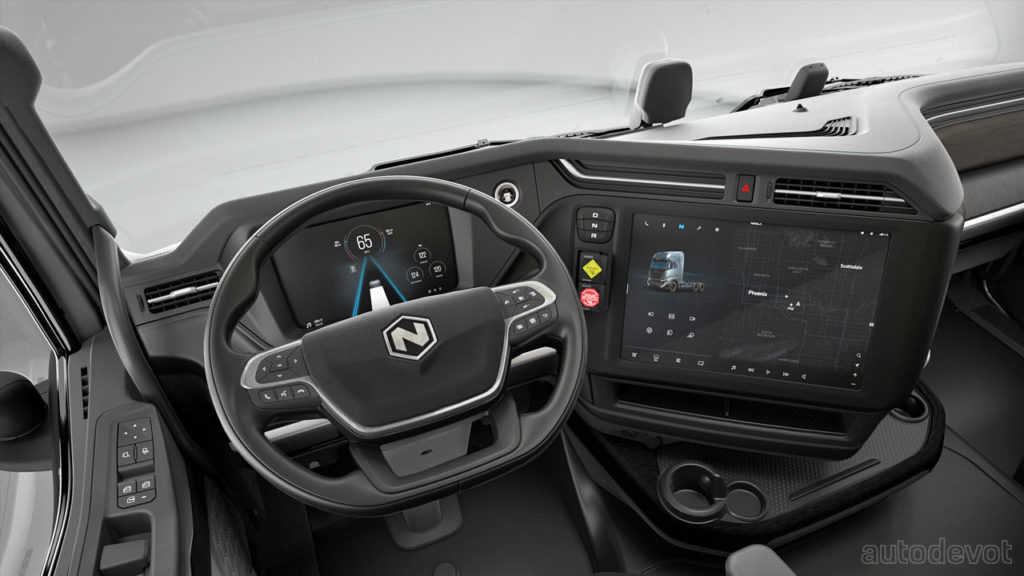 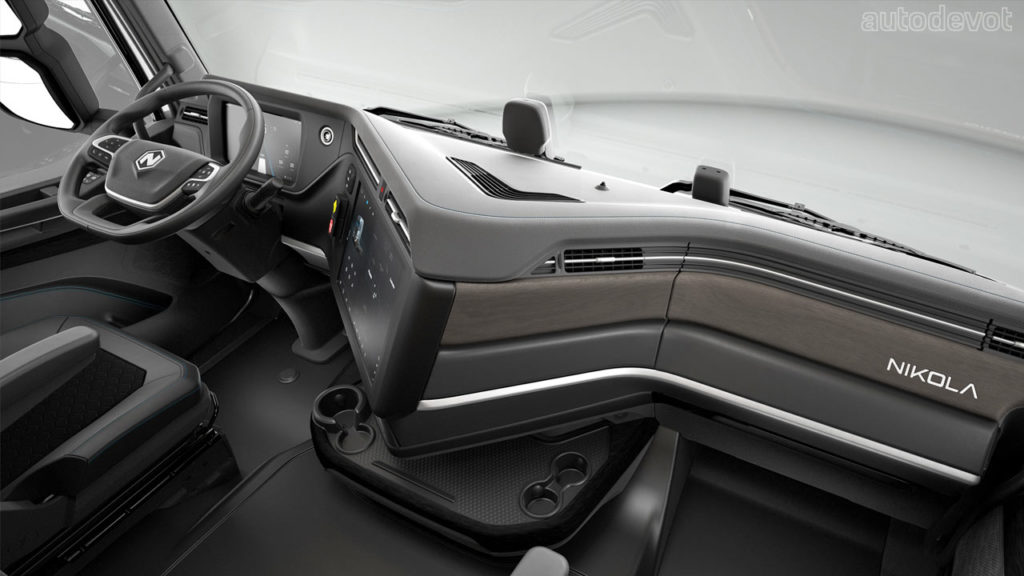 The TRE BEV is built upon the Iveco S-Way platform. We are not sure how many motors it has, but the truck is claimed to offer a continuous power output of 480 kW (653 metric hp), juiced by twelve battery packs with a total capacity of 753 kWh. The range is claimed to be up to 350 miles or about 563 km. For anyone interested to know, the 37 metric ton (82,000 lbs) truck is claimed to do a top speed of 75 mph or about 121 km/h.