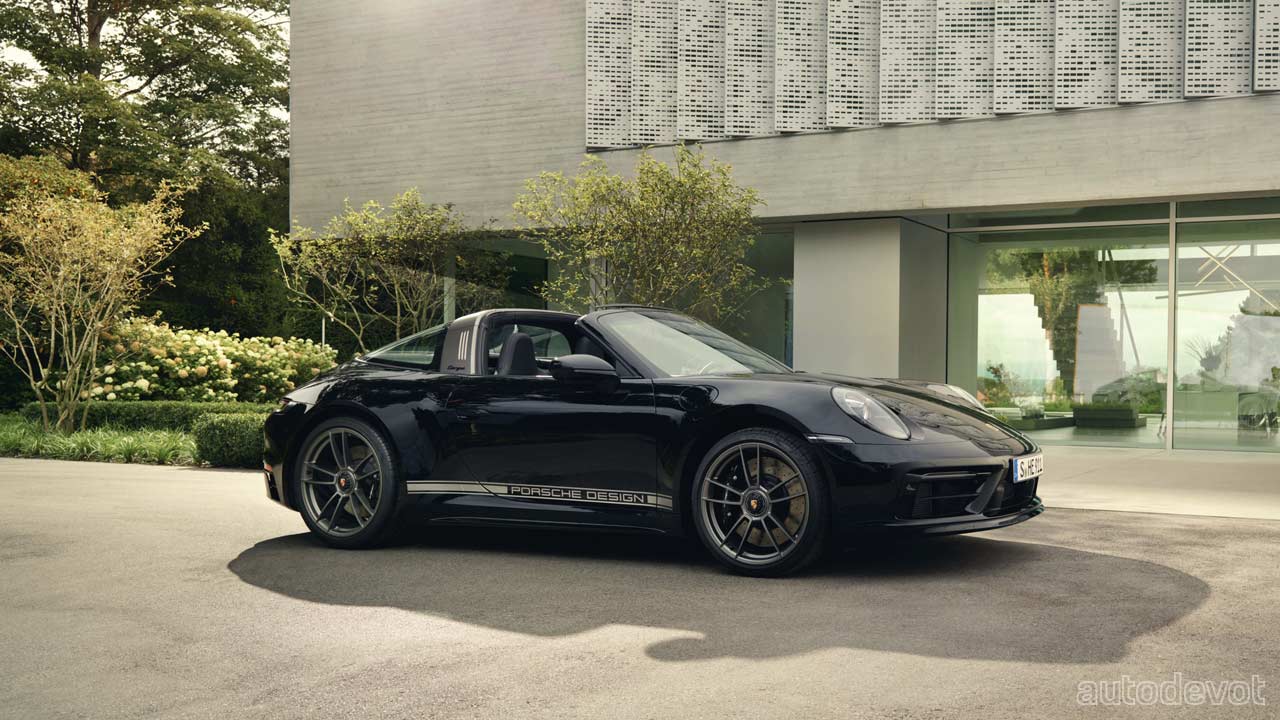 Porsche Design (Studio F. A. Porsche), which can design anything from cutlery to cars and occasionally luxury yachts, is celebrating its 50th anniversary with its sister company Porsche, by offering the 911 Porsche Design 50th Anniversary Edition. Limited to 750 units, the special 911 pays homage to the designs of Ferdinand Alexander Porsche. Prices start at €185,606 in Germany and £144,360 in the UK (both including VAT). 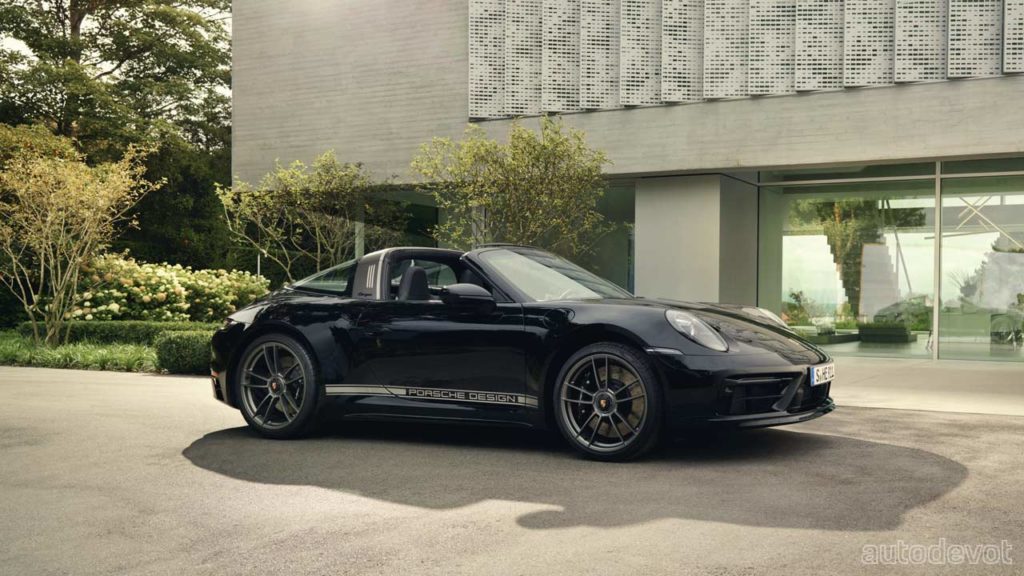 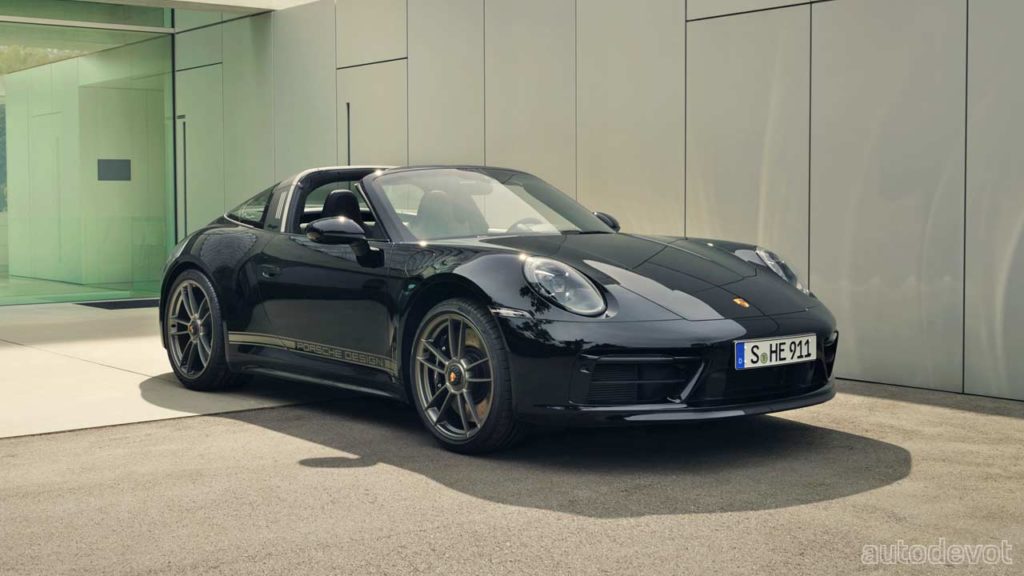 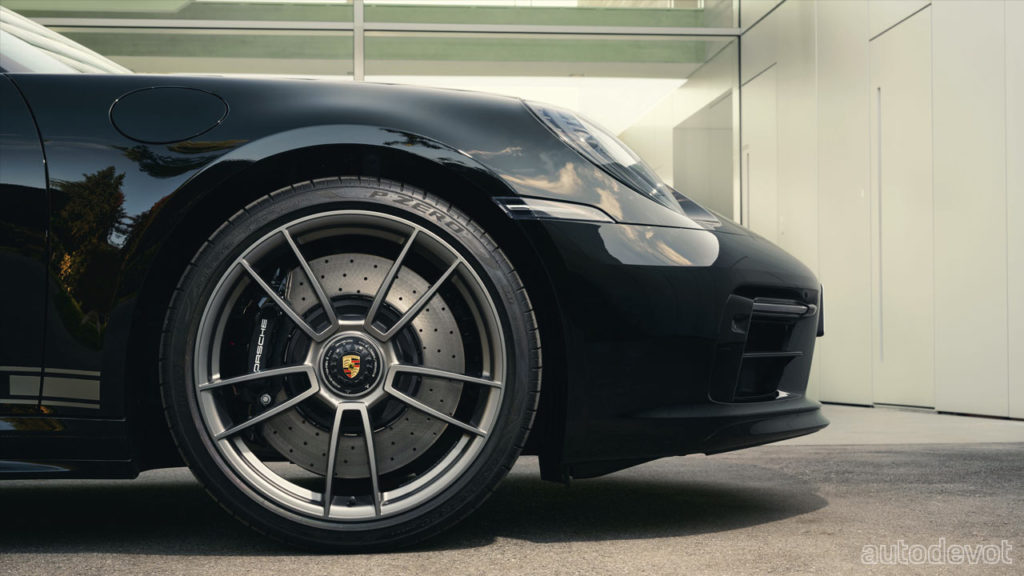 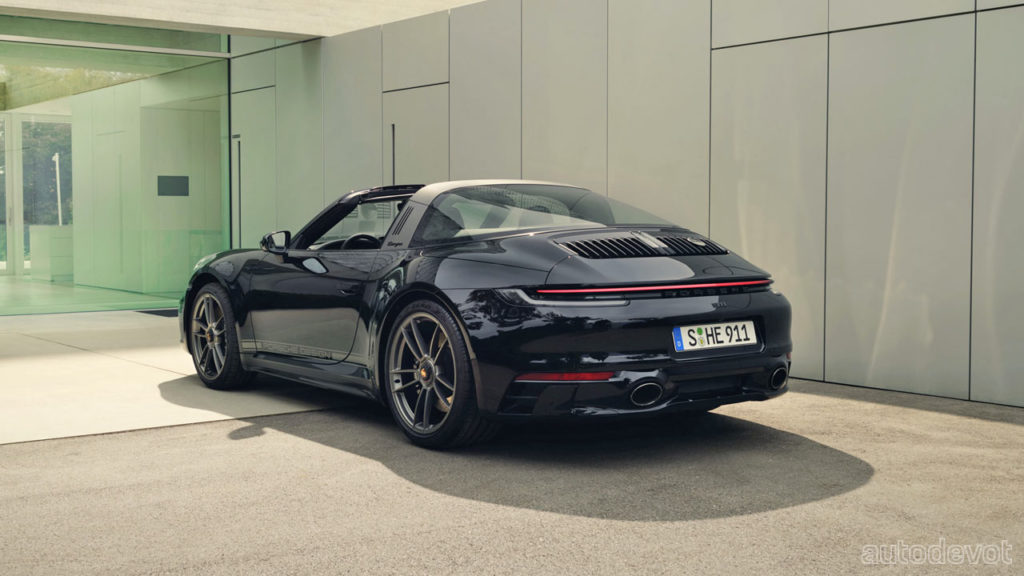 The 911 Targa 4 GTS serves as a base for this special edition. As standard, the exterior is finished in black, but if you can pay €1,237.60 more, Porsche will happily paint the exterior with Jet Black Metallic. The Targa bar is painted in Platinum (with satin finish), and notice that the ‘Porsche Design’ decals on the doors also come in this contrasting color. The wheels (20-inches at the front and 21-inches at the rear) are borrowed from the 911 Turbo S and are also painted in satin Platinum. The calipers are painted in high-gloss black as standard. Further details include an exclusive ‘Porsche Design 50th Anniversary Edition’ badge on the slats of the rear lid grille (similar to Heritage Edition) and a black 911 badge on the rump. 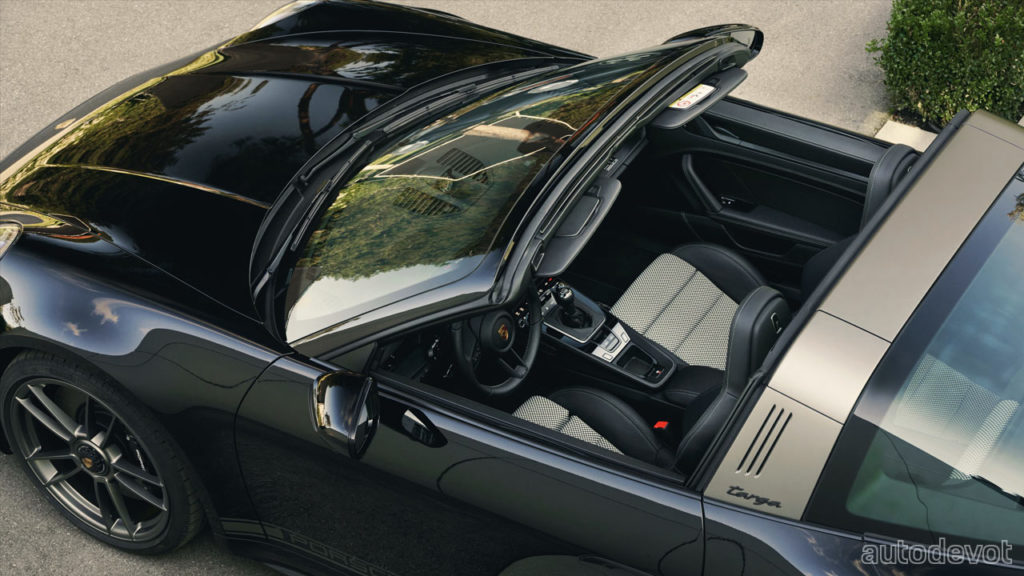 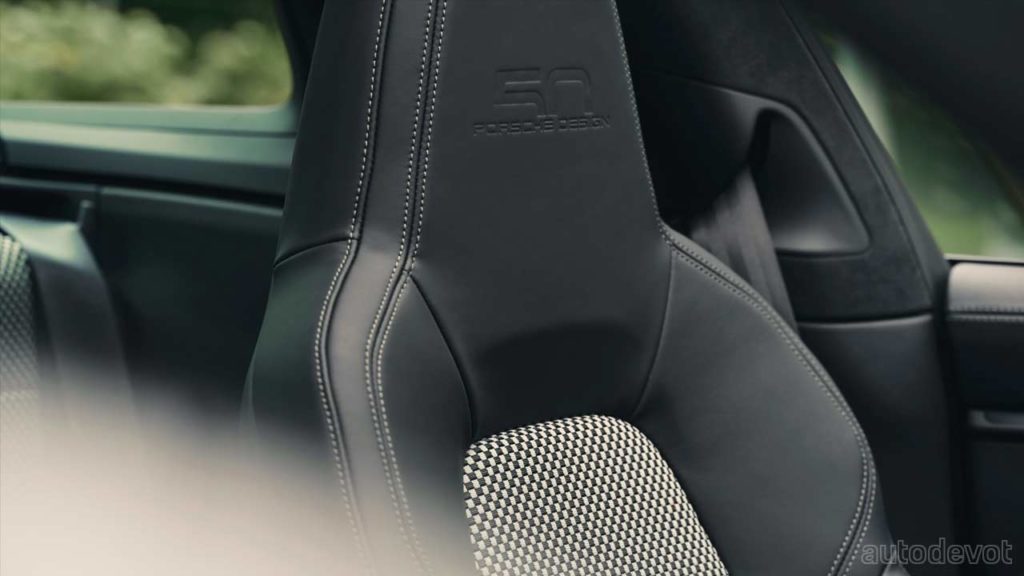 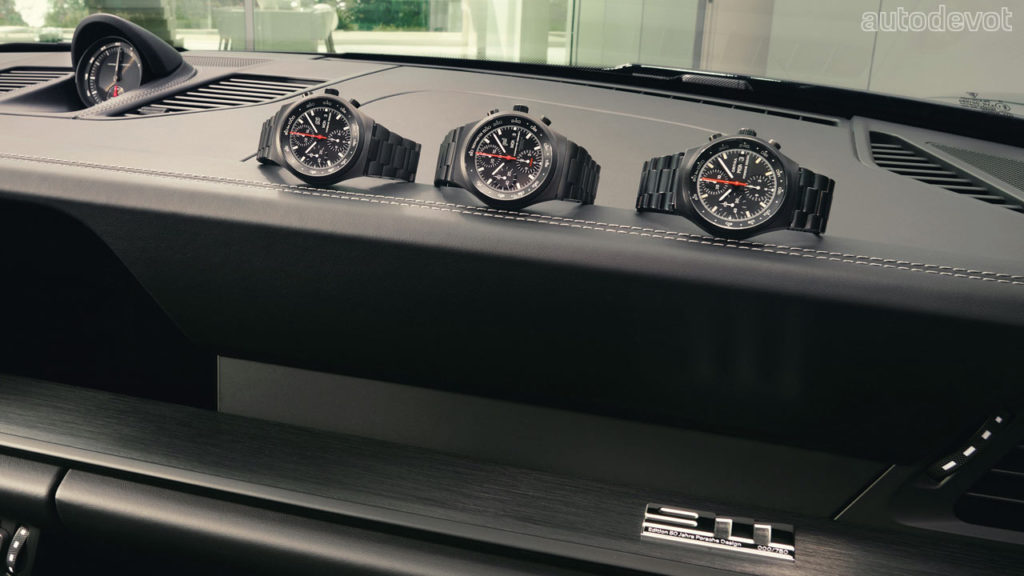 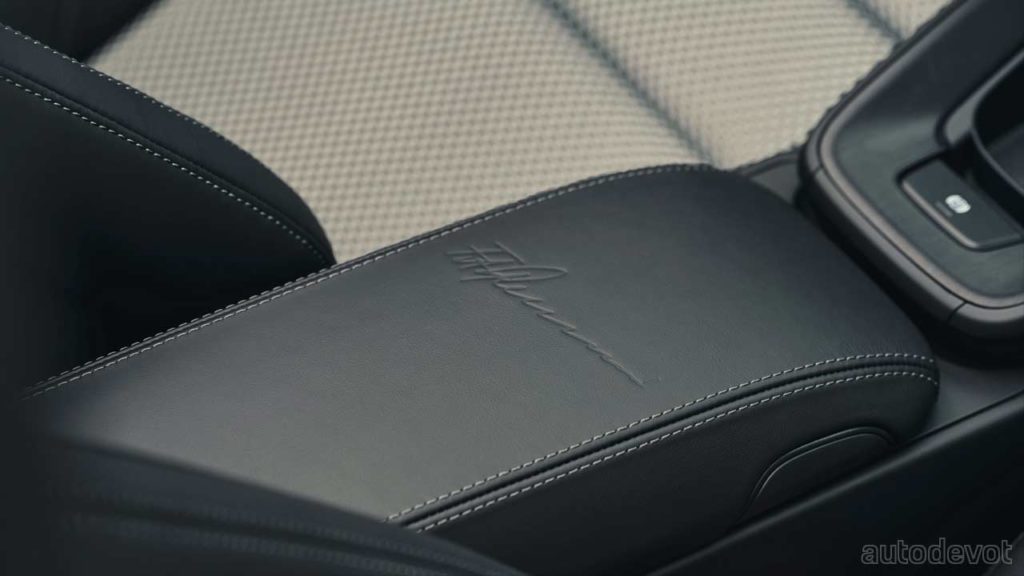 Inside, the special edition features brushed aluminium door sills; a chequered pattern on the seat centre surfaces; embossed ‘Porsche Design 50th Anniversary’ logo on the headrests; Slate Grey 12 o’clock marking on the steering wheel; ‘F.A. Porsche’ signature on the centre console, and a Silver ‘911’ badge with the limited edition numbering on the dashboard. 18-way electrically-adjustable Adaptive Sports Seats Plus with memory package come standard, as does the Sport Chrono Package with the Porsche Design Subsecond clock on the dashboard. The small second hand is red—another shared trait with the Chronograph I from 1972. Speaking of which, the retro watch is also on sale and is limited to 500 units, with each costing £6,550.

“Black was the color of the very first Porsche Design product, the Chronograph I. That’s why we’ve chosen it for our limited-edition model. Platinum as an accent color elevates the Black paintwork in the same way chrome details used to,” said Roland Heiler, Managing Director and Chief Designer at Studio F.A. Porsche. 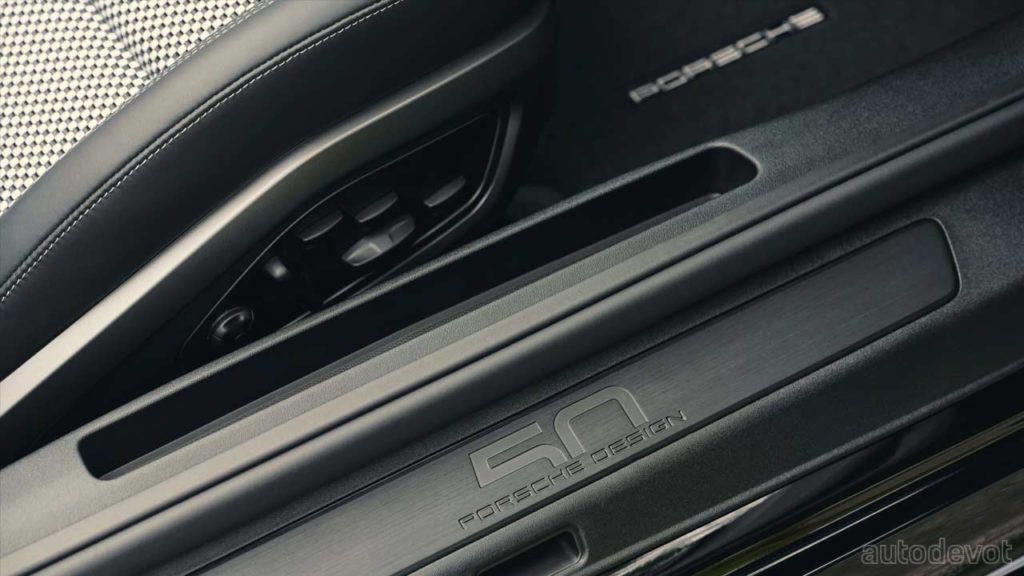 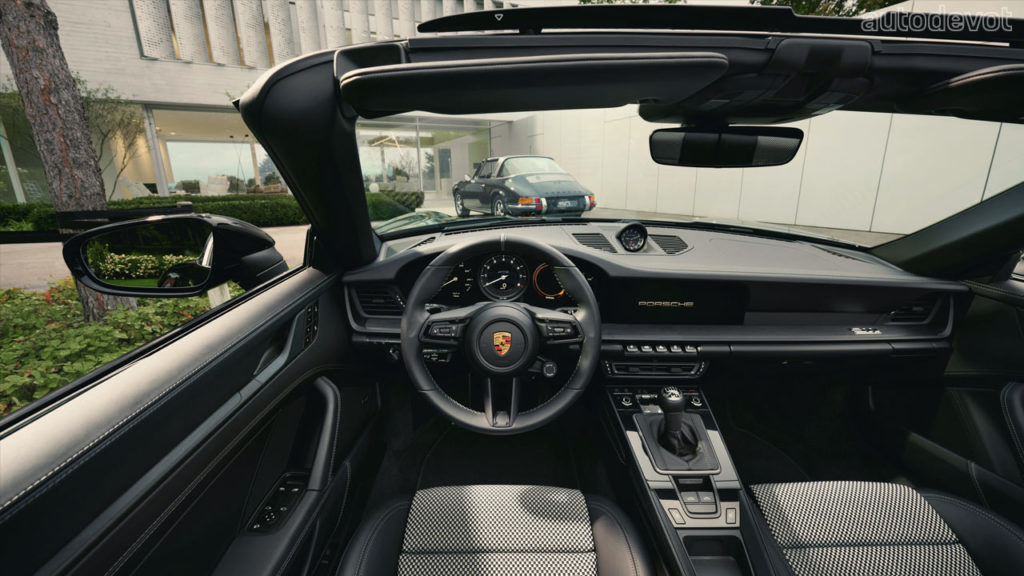