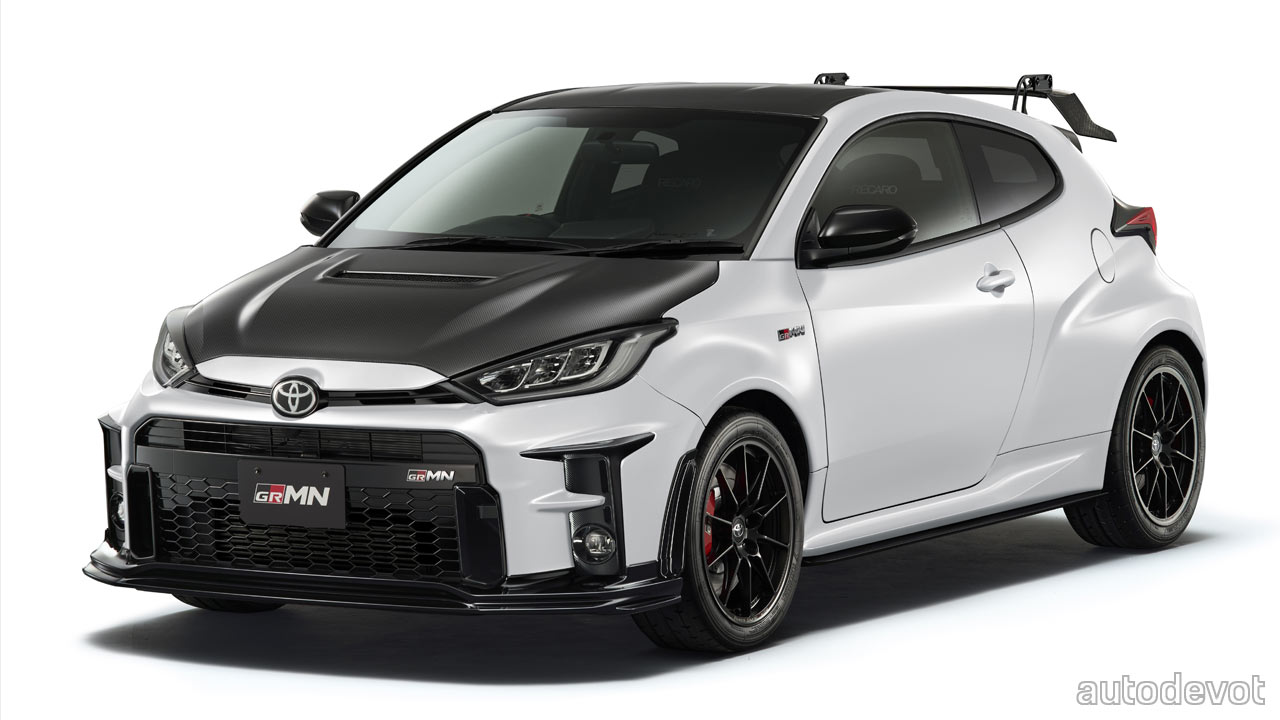 No matter how perfect you think something is, there’s always room for improvement in that thing. Or at least that’s what master driver Morizo appears to think of the GR Yaris. Despite the hot hatch being immensely loved by the general public and media alike, Toyota is offering an improved version called GRMN Yaris. But the bad news is that the hotter hatch is exclusive to the Japanese market and is limited to 500 units. Reservations can be made via TGR website and the lottery results will be announced on March 9, 2022. 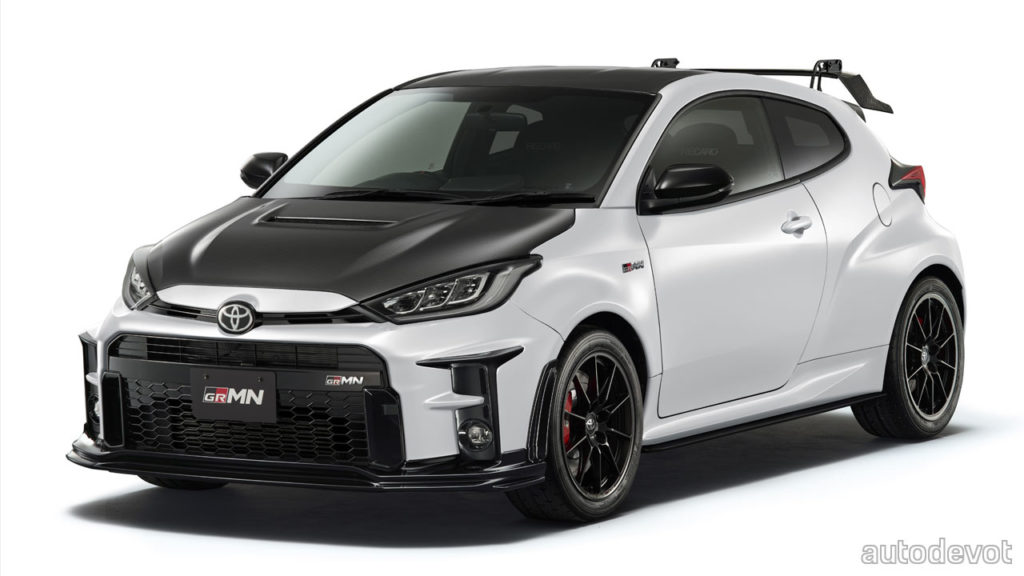 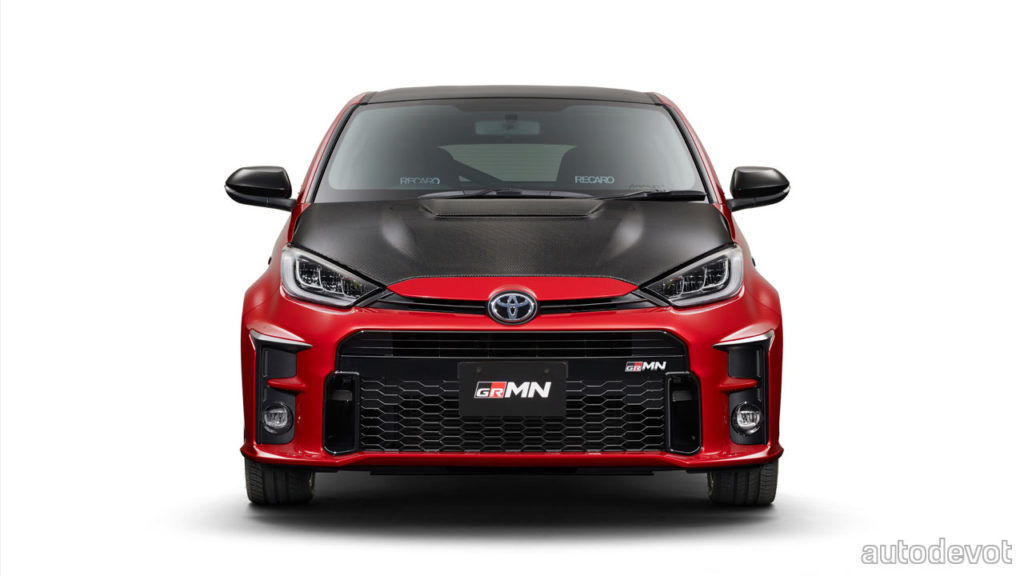 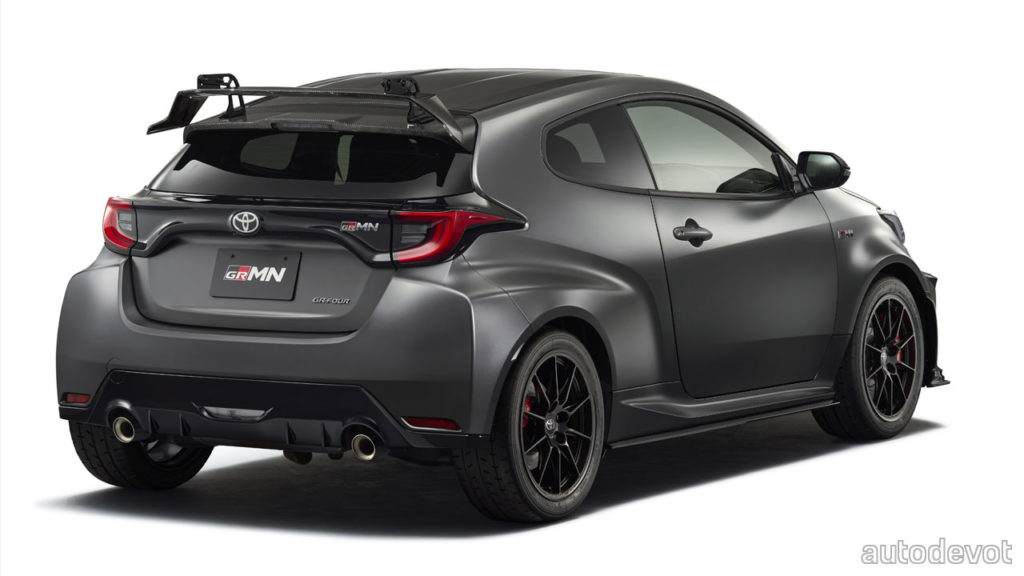 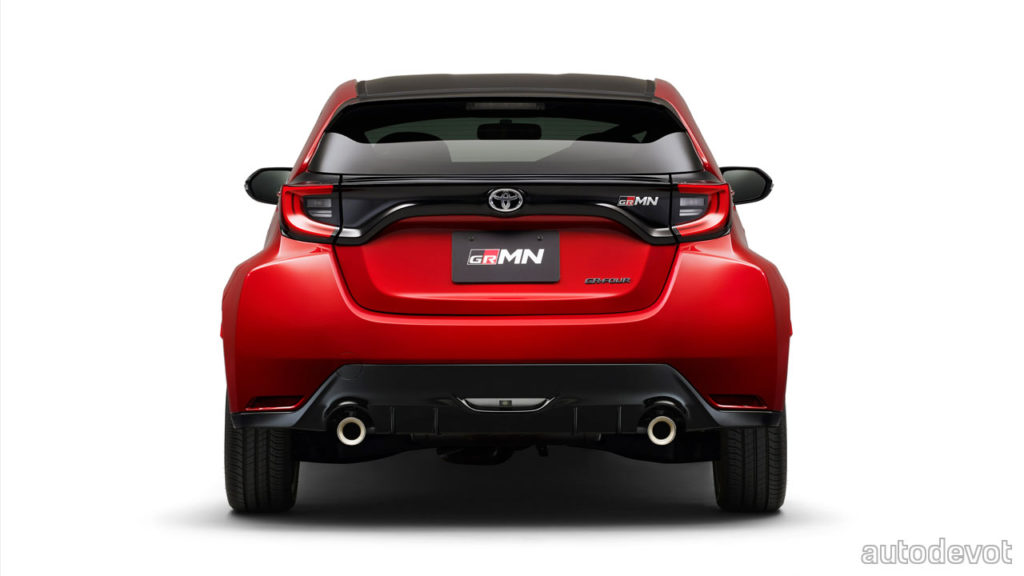 So, how is the GRMN Yaris different from the GR Yaris? Well, I’m glad you asked that question. It is of course, not just the extra two letters. The hotter hatch is wider by 10 mm and rides 10 mm lower. It is also about 20 kg (44 lbs) lighter, thanks to the usage of CFRP content such as the hood, roof and rear spoiler (a normal one), and deletion of the rear seats. In addition, the number of spot welds has increased by 545 compared with the “regular” GR Yaris, and body rigidity has been further enhanced by applying 12 metre longer structural adhesive. 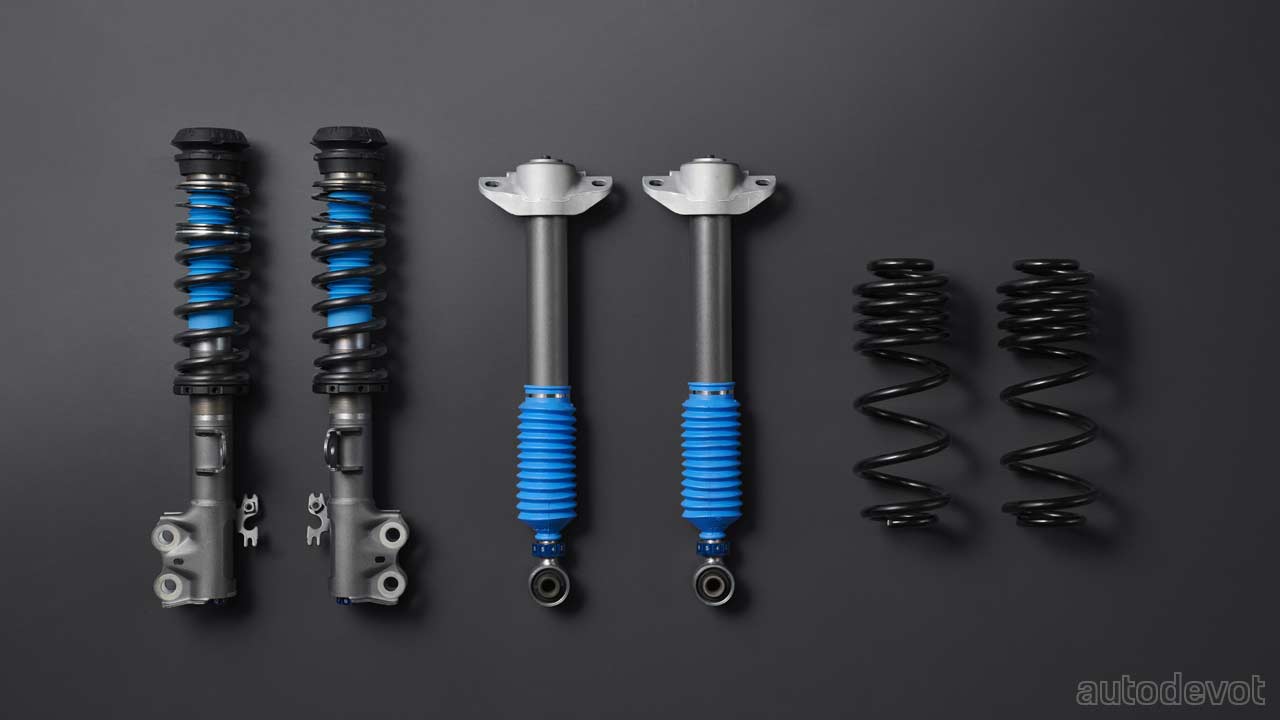 Besides the standard GRMN Yaris, Toyota is offering a couple of packages. The Circuit Package gets you GRMN-exclusive 18-inch BBS wheels, 18-inch brakes, Bilstein adjustable dampers, Carbon (twill weave CFRP) rear spoiler, side skirts, and a lip spoiler. The Rally Package is a dealer option that gets you a GR shock absorber & short stabilizer link set, GR under guard set, and GR roll bar. The red car in the renderings is the one with the Rally Package. 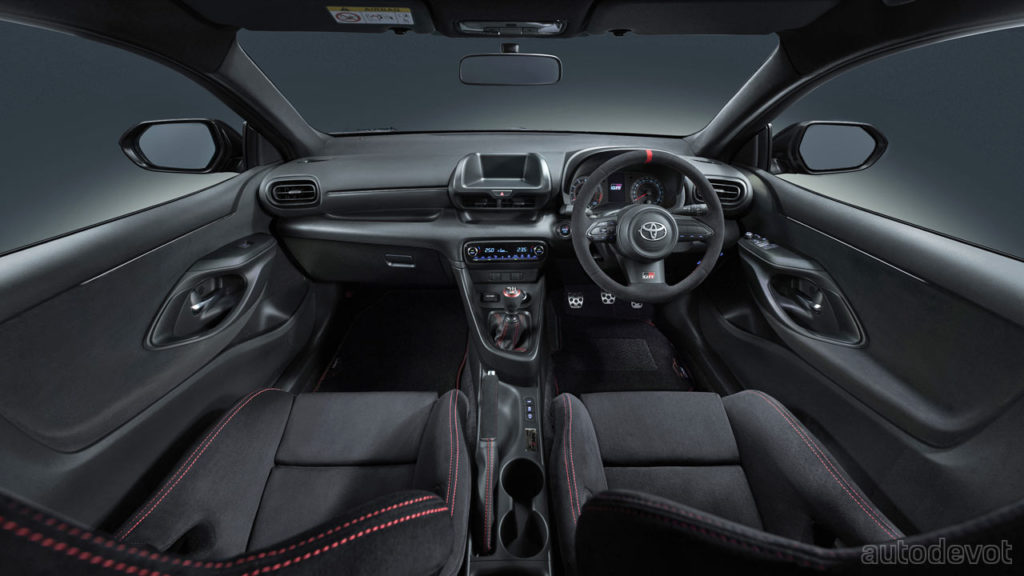 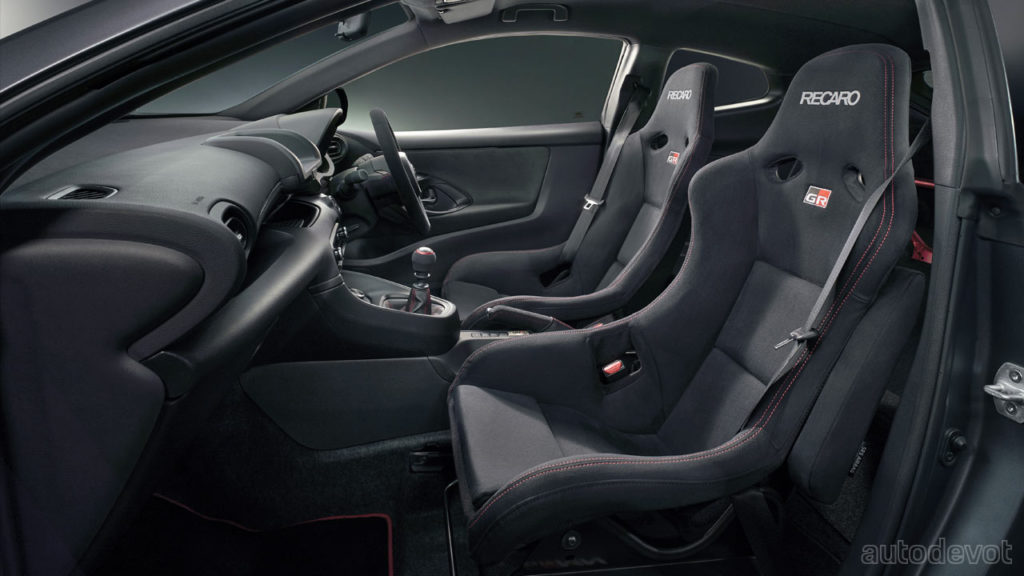 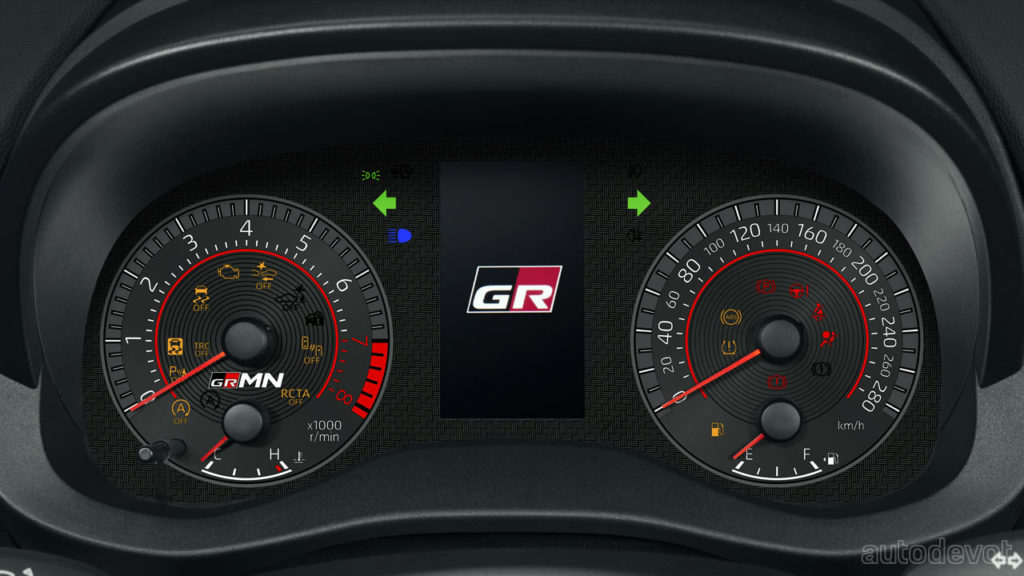 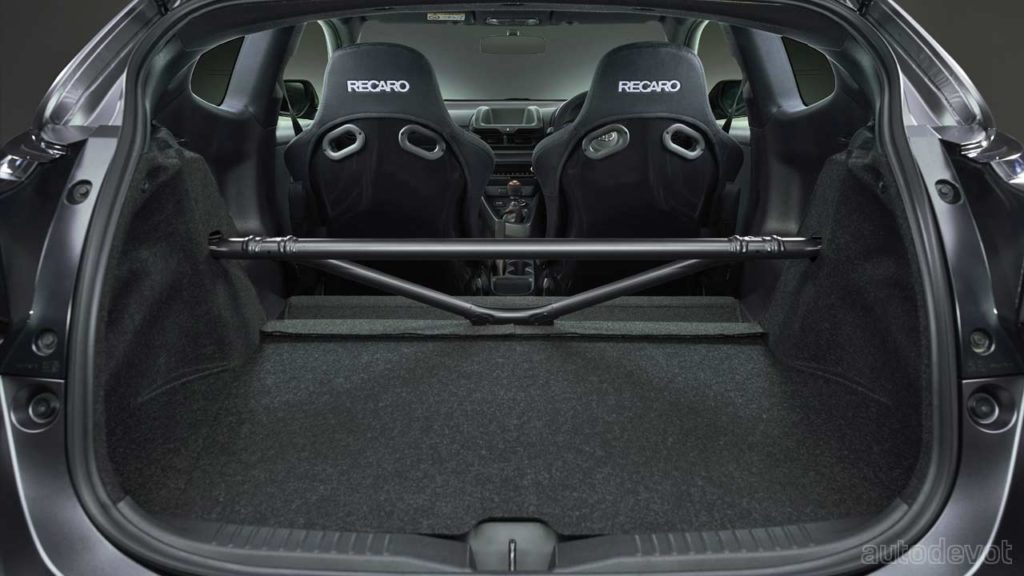 But anyway, the cockpit features Recaro full bucket seats with side airbags, and reinforcement bracing in place of the rear seats. Also, notice that there’s no touchscreen on the dashboard, which I personally, appreciate. What I also appreciate (and many others), is that 6-speed manual shifter. Speaking of which, the manual transmission in the hotter hatch features closer gear ratios and a low final gear for a spicier driving experience. While the regular GR Yaris gets Torsen LSD front & rear, the GRMN Yaris boasts a mechanical LSD front & rear.