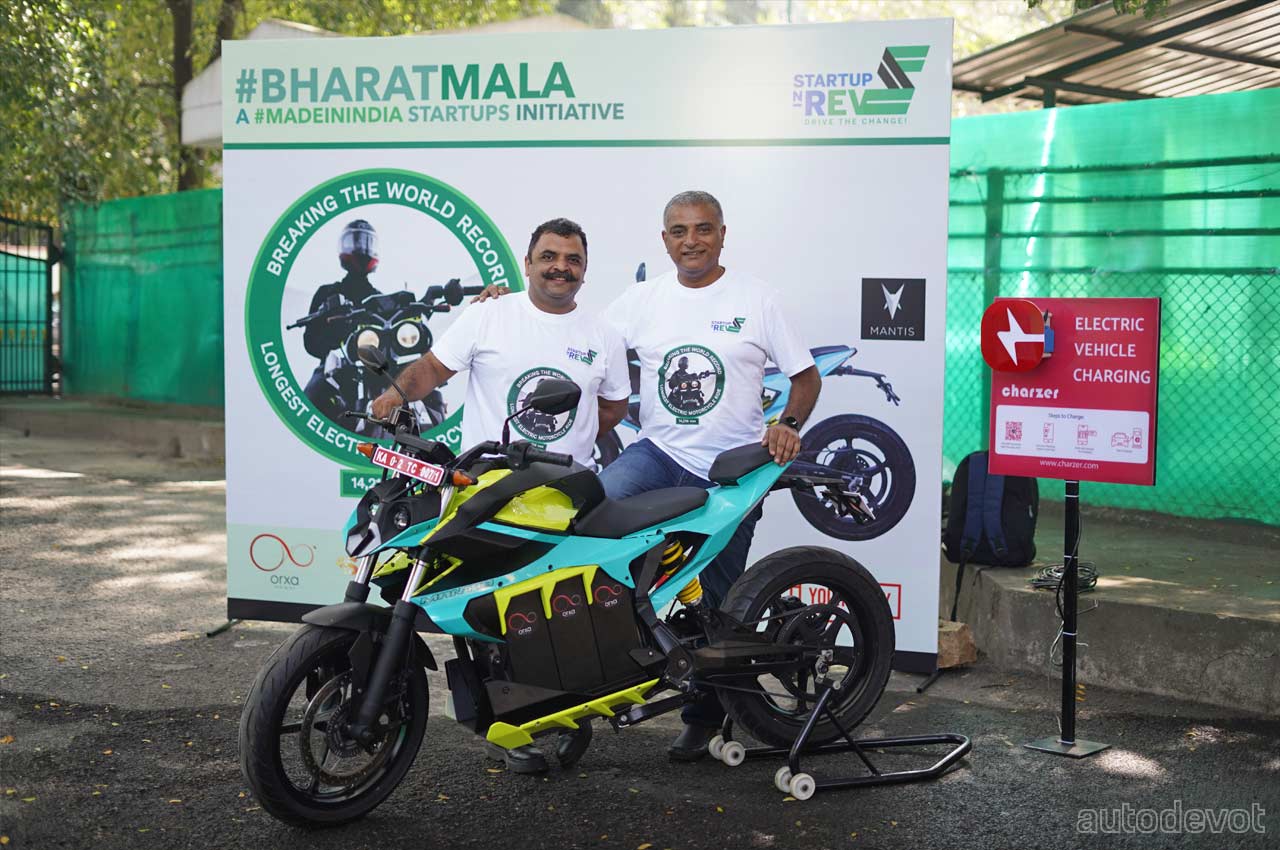 Startupnrev—a collaboration of two riders—John Kuruvilla and Gautam Khot from Brigade REAP and four Indian startups including Orxa Energies, SpareIt, Pothole Raja and Charzer—have come together to attempt to break the current World Record for the longest electric motorcycle. The record attempt dubbed as ‘Electric-BharatMala’, aims to cover 14,216 km (8,833 mi) via a route that takes the riders along the Arabian Coast towards Kanyakumari, and up the coast of the Bay of Bengal to West Bengal, and onward to North East India proceeding to touch the crown of India along the foothills of the majestic Himalayas. The route then moves towards the Rann of Kutch, the Gulf of Khambhat and down till Goa before taking the Western Ghats back to Bengaluru. 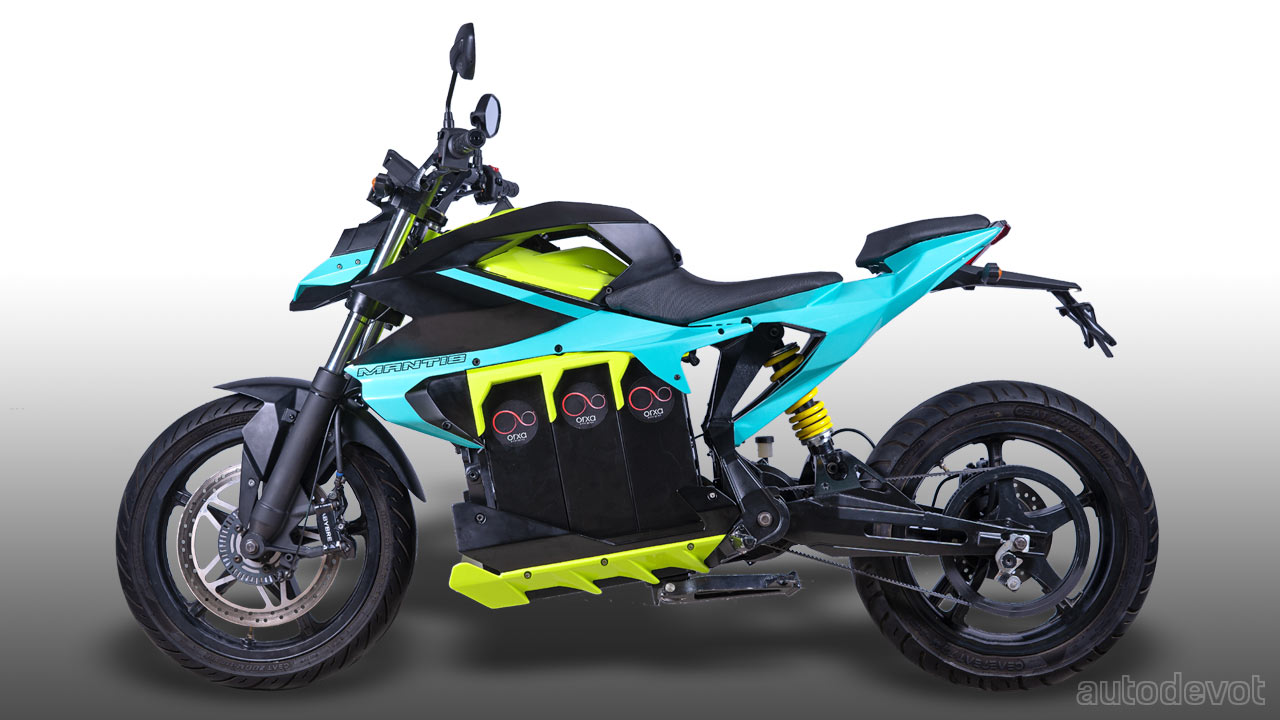 Electric-BharatMala will be flagged off from Bengaluru on 4th February 2022. The rider duo will ride the Mantis electric motorcycle from start-up Oxra Energies. The support team will be led by Pothole Raja, who will ensure a smooth ride for the team by fixing over 1,000 potholes on the proposed route, while Charzer—a network of EV charging stations, will take care of the charging of the motorcycles, and SpareIT will provide its service network and EV-ready spares. The current World Record for the longest ride on an electric motorcycle is 12,379 km (7,692 mi).

“Karnataka was the first state to introduce a comprehensive EV policy and has emerged as a hotspot for EV businesses in India, both in EV and EV ancillary manufacturing as well as R&D segments,” said Karnataka Transport Minister B. Sriramulu at the media briefing.

“The focus of this ride is three-fold. Firstly, we want to remove anxiety with regard to electric vehicles in terms of range, performance, servicing and charging. Secondly, we want to use this ride to promote road safety by demonstrating the use of recycled plastic waste to fix potholes and most importantly we want to use this ride to encourage students in over 25 colleges and universities, along the way, to become job creators rather than job seekers,” said John Kuruvilla, mentor of Brigade REAP.

“We will have a pilot vehicle and a chase vehicle which will be carrying spares, batteries and also material for road safety demonstrations and pothole fixing enroute. The roundtrip across the country will have 54 touch points including Mangaluru, Ernakulam, Kanyakumari, Chennai, Ongole, Puri, Jamshedpur, Ranchi, Kolkata, Darjeeling, Guwahati, Gorakpur, Nainital, Dehradun, Shimla, Leh, Srinagar, Jammu, Amritsar, Bikaner, Udaypur, Jamnagar, Porbander, Bhavnagar, Surat, Mumbai and Goa, before returning to Bengaluru. We expect the mountainous and desert terrains with its low and high temperatures to test both rider endurance and EV motorcycle reliability,” added Gautam Khot, mentor of Brigade REAP.

The Electric-BharatMala ride is estimated to take around 316 hours and will cover 24 Indian states over a span of around 54 days.