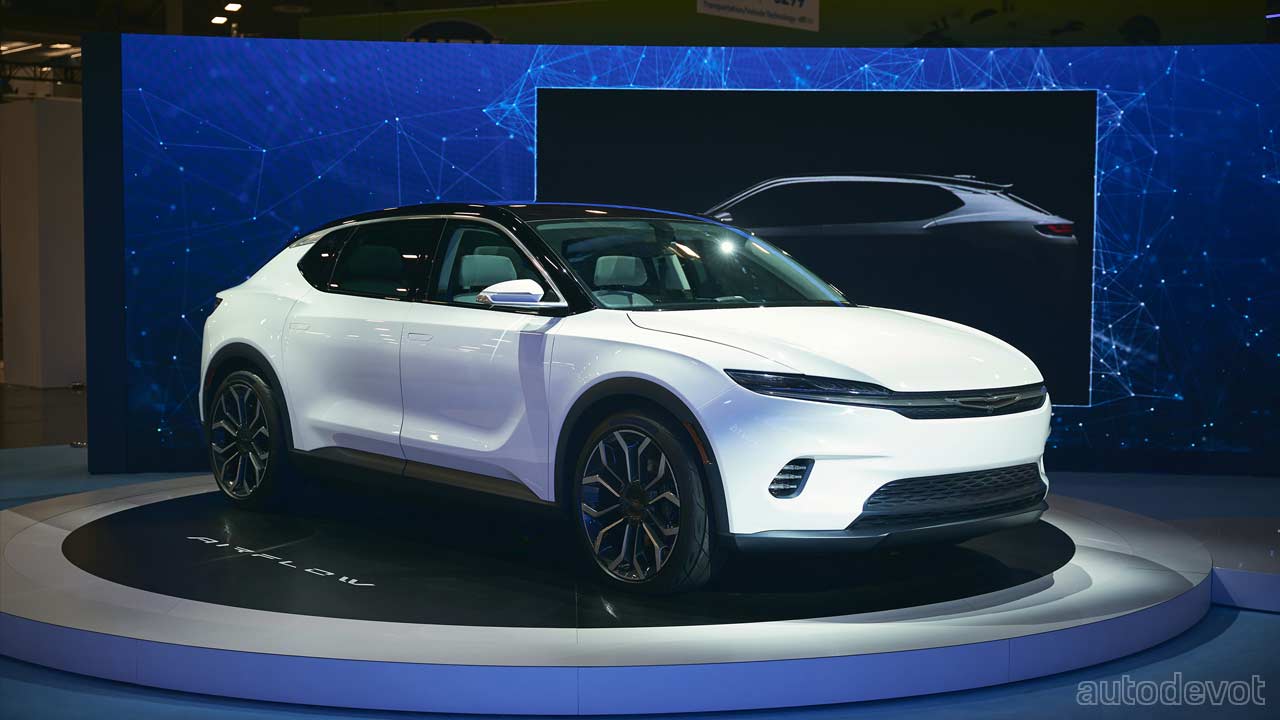 Chrysler is planning to go all-electric by 2028 and the brand’s first BEV is expected to make its debut in 2025. The Airflow electric SUV concept that debuted at the CES 2022 in Las Vegas gives us an idea of what’s coming in about 3 years from now. The concept almost looks like it is ready to roll off the production line by the end of this year compared with the Airflow Vision concept of 2020, but for some reason, Chrysler is buying 3 years. 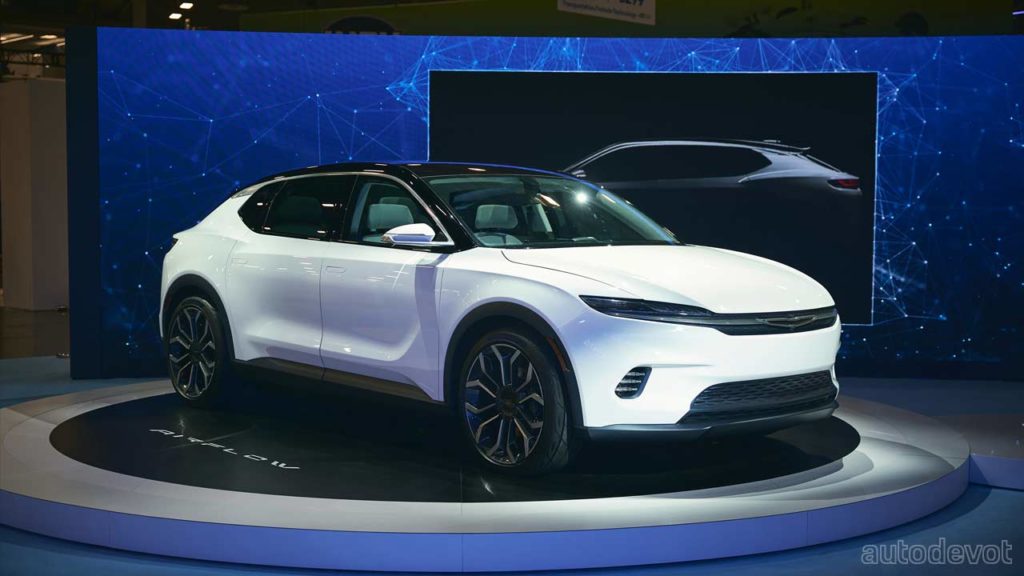 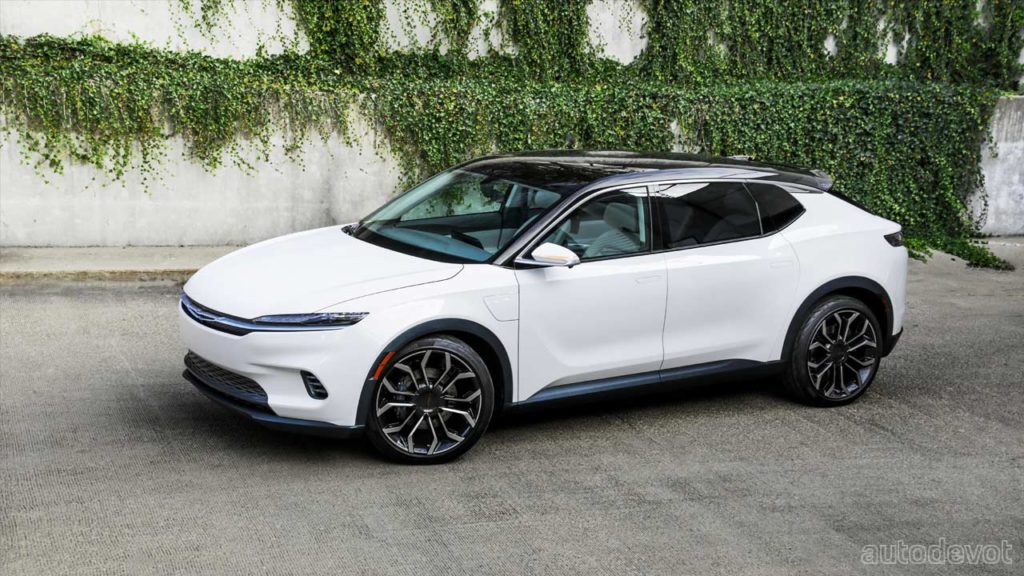 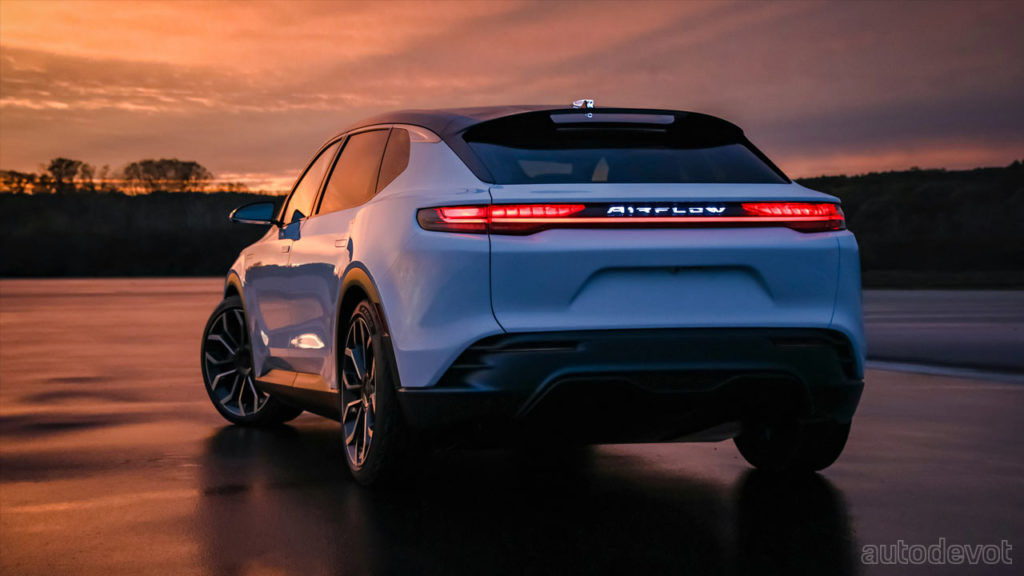 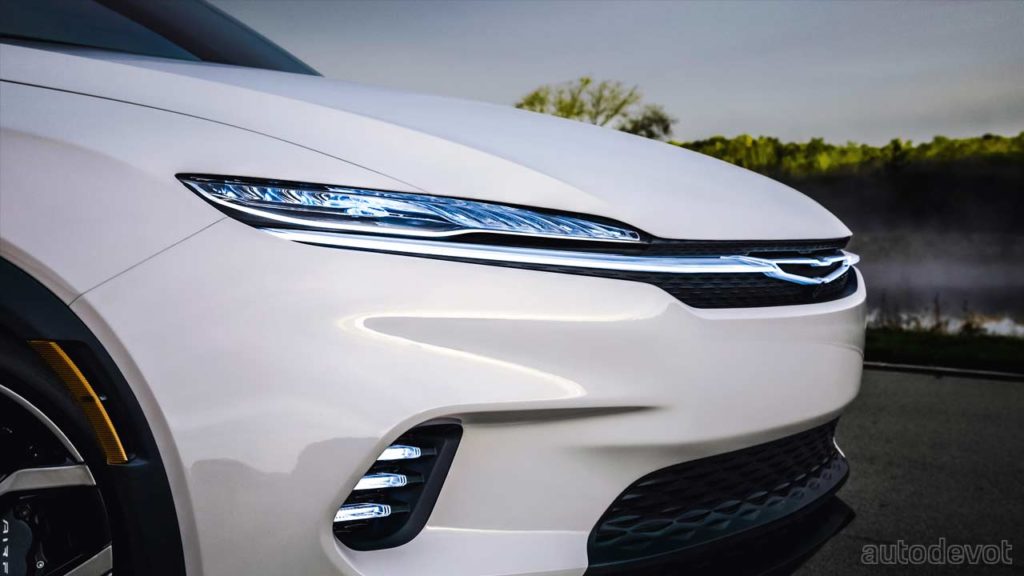 But anyway, when it comes to styling, the Airflow indeed looks smooth with its clean flowing lines all around; even the door handles are flush-fit to cut down drag as much as possible. On the front fascia, notice that the upper grille and the headlight combo sort of mimic the Chrysler wings logo, which is a neat little touch. The rear fascia features a tailgate-integrated roof spoiler and a light bar that runs the full width of the vehicle. Also, notice that there’s no Chrysler branding at the rear, but instead, there’s an illuminated Airflow branding between the taillights. The dual-tone paint scheme adds to the overall premium looks. Petal-like 22-inch wheels round off the exterior looks. 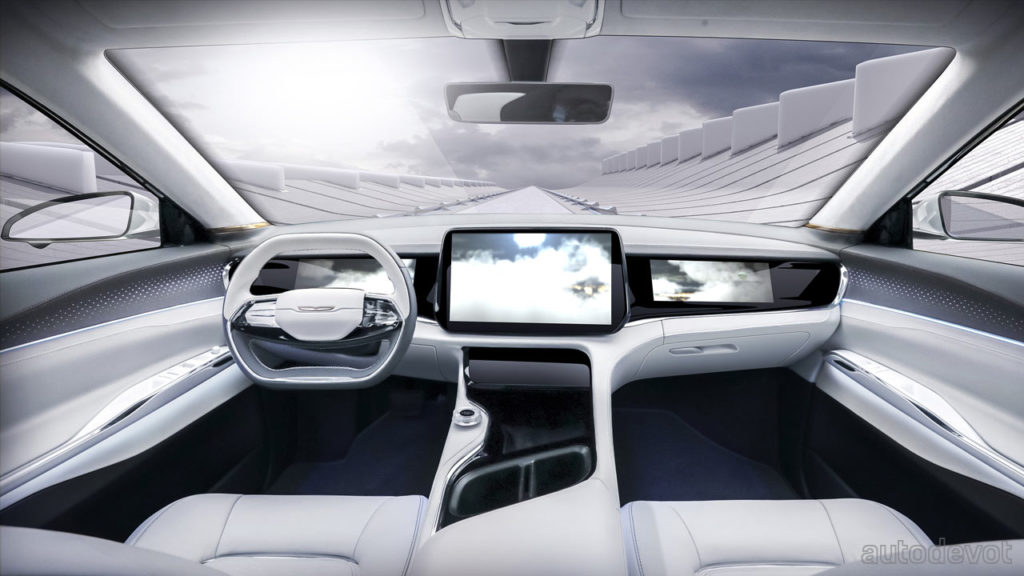 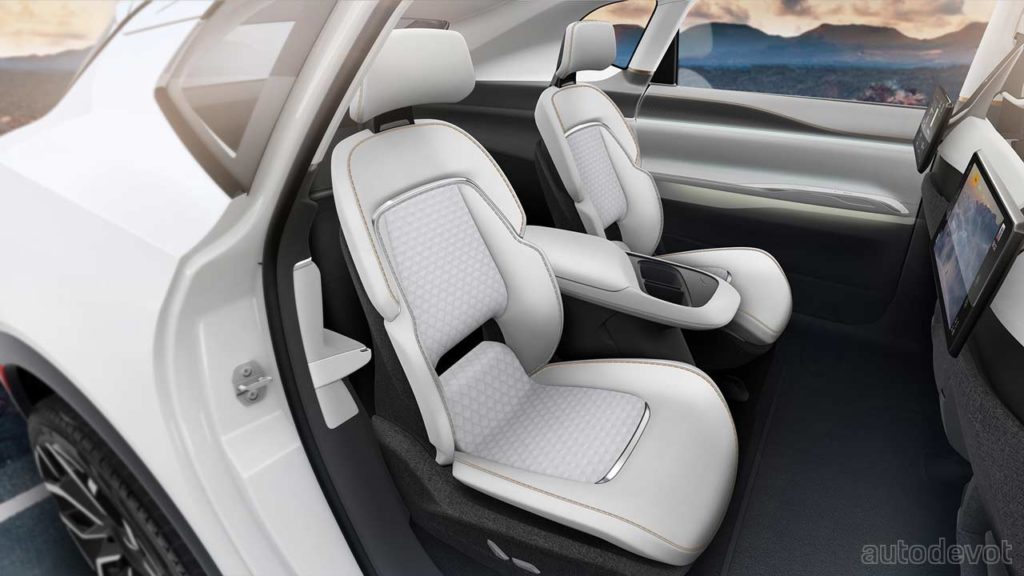 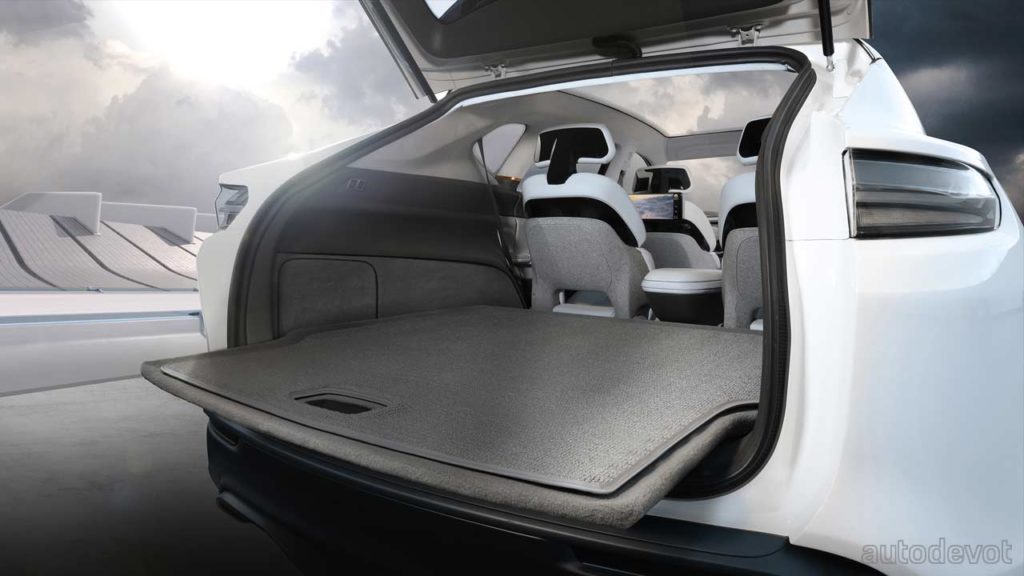 Inside, the dashboard is covered with displays, which is not surprising these days. In addition to a large central touchscreen and a driver display, the front passenger gets their own display. And of course, the rear passengers also have their own displays; there’s no discrimination when it comes to displays. The front seat headrests feature an integrated camera so that the rear occupants can also participate in a video conference call. The Airflow concept also boasts Level 3 autonomous driving capabilities branded as STLA AutoDrive, and AI-based applications such as navigation, voice assistance, e-commerce marketplace and payment services. 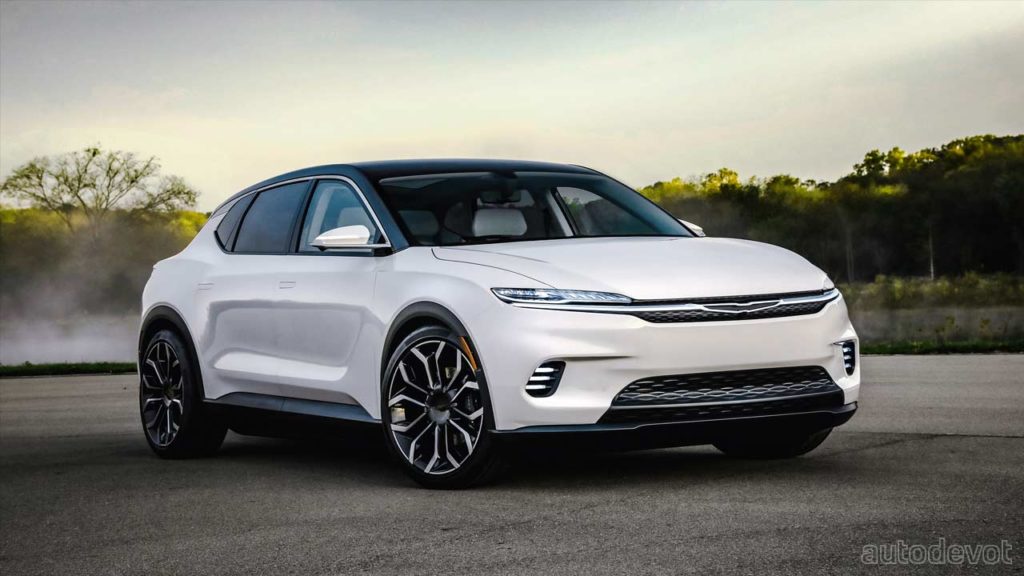 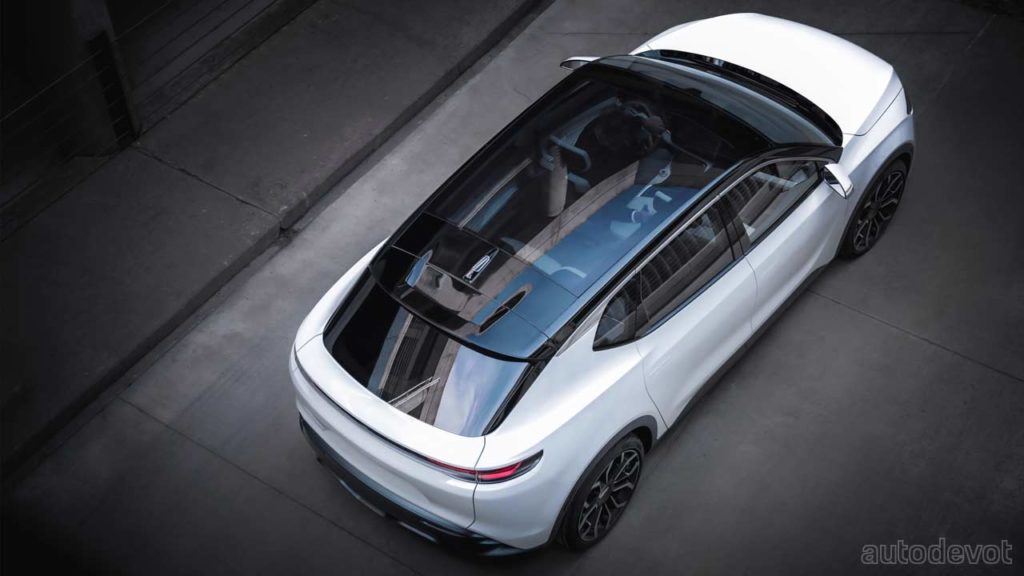 Moving on to the juicy bits of the story, the Airflow concept is an all-wheel-drive EV; meaning there are two electric motors, one at each axle, offering 150 kW (204 metric hp) each. Chrysler didn’t disclose the size of the battery pack but estimates a range between 350 and 400 miles (563-644 km) on a single charge.