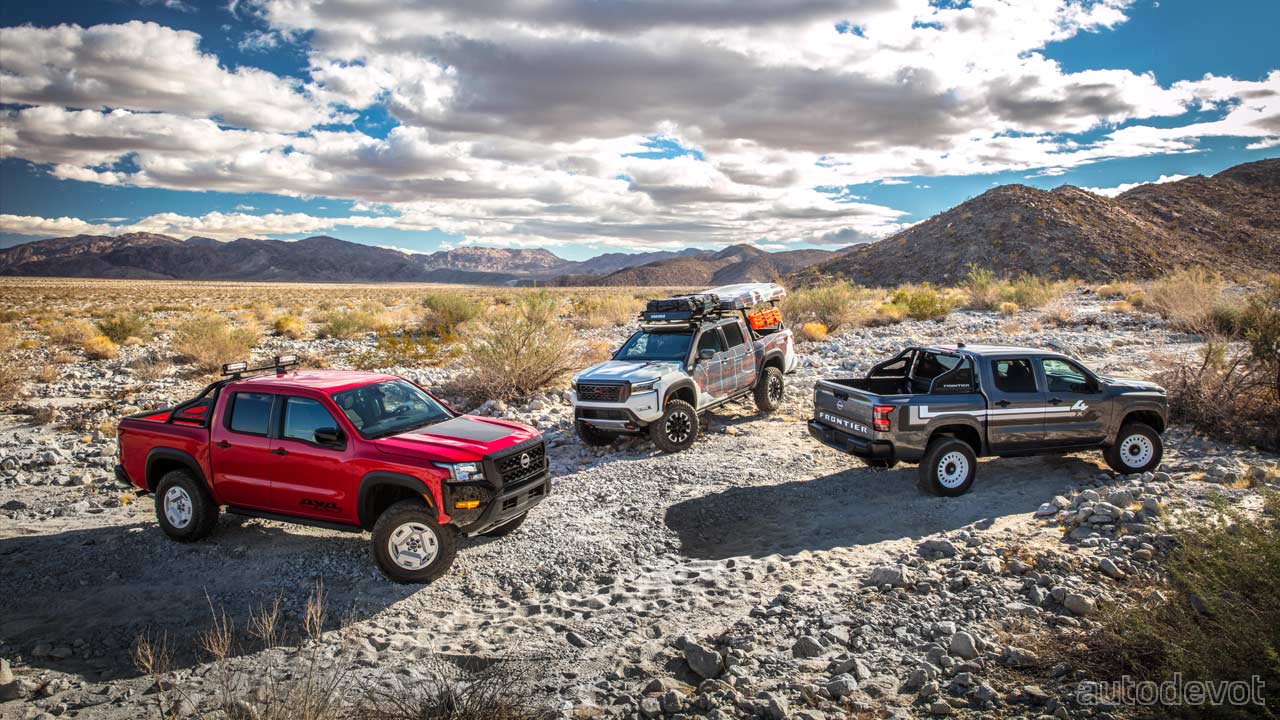 San Diego-based Nissan Design America (NDA) has readied three Frontier concepts for the 2022 Chicago Auto Show. Based on the 2022 Frontier, these include Project 72X Frontier, Project Hardbody and Project Adventure. 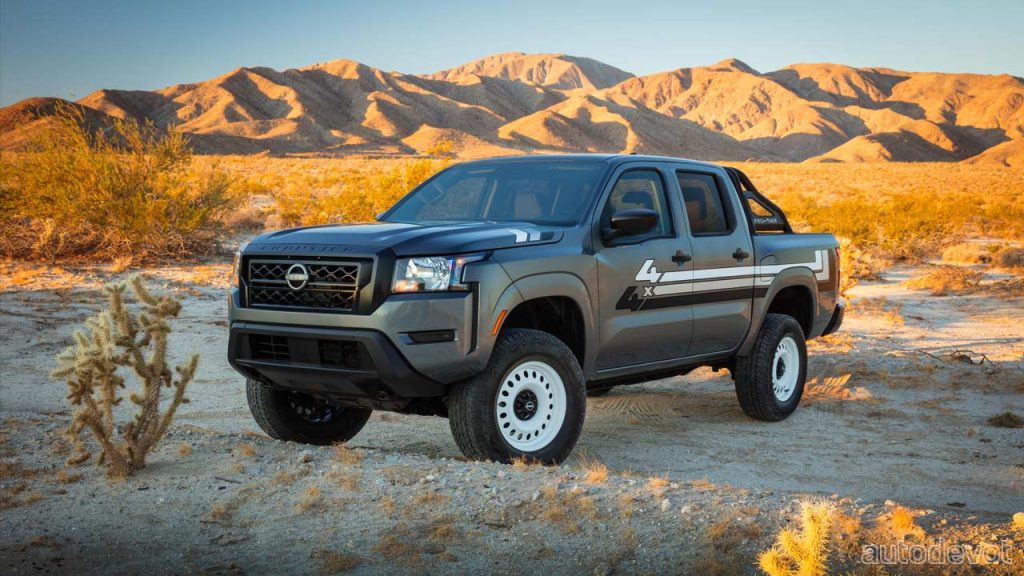 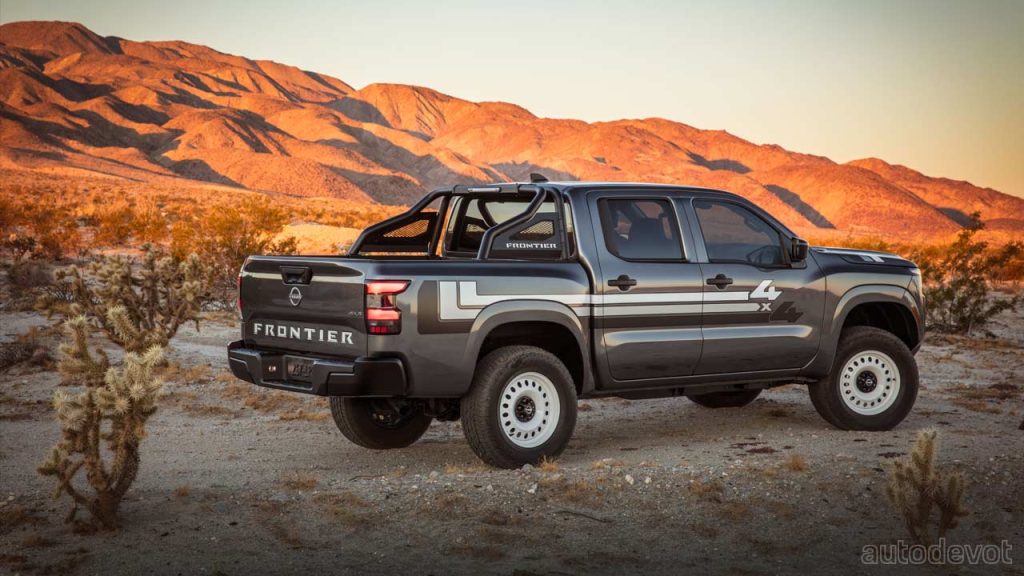 Project 72X Frontier
The first one is a rather simple-looking Project 72X Frontier, based on the Frontier Crew Cab S 4×4 grade. Apparently, it’s a modern take on one of Nissan’s most popular trucks, the Datsun 720 (also sold as Nissan 720). First introduced in fall 1979, the 720 eventually became the first vehicle Nissan assembled in the United States at the Smyrna (Tennessee) Plant in 1983. Known as the “Lil Hustler”, it was a bare-bones, affordable truck targeted at outdoor enthusiasts.

For the 2022 iteration, the design team used gray exterior tones and decals for apparently a sense of modern, cool attitude. But I think the white-painted steel wheels are the only ones that truly match the aforementioned classic truck; the wheels are actually 2022 Frontier spare wheels shod with PRO-4X tires. Other key modifications include a 2.5-inch lift kit with adjustable front upper suspension arms and a sport bar behind the cab. 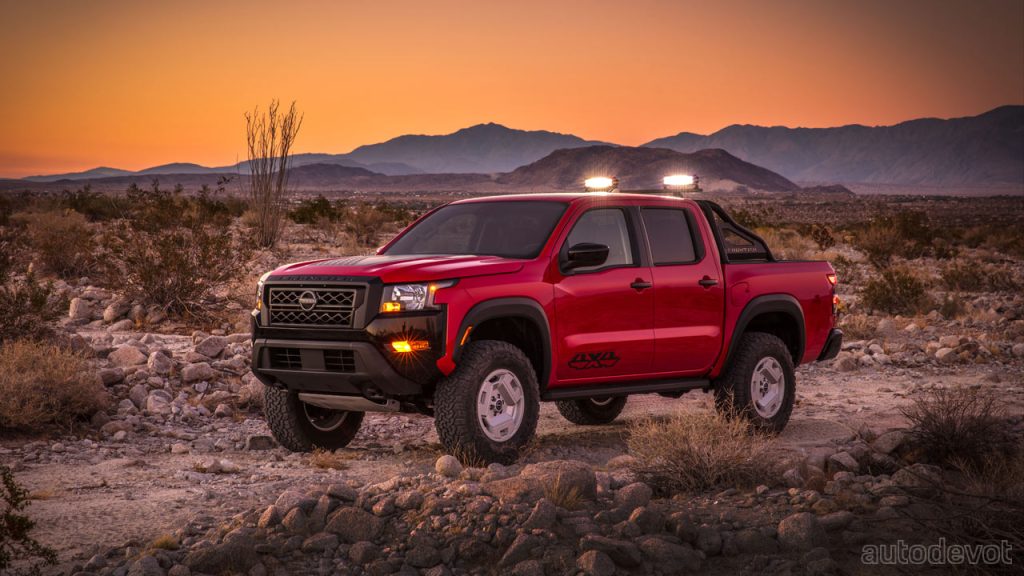 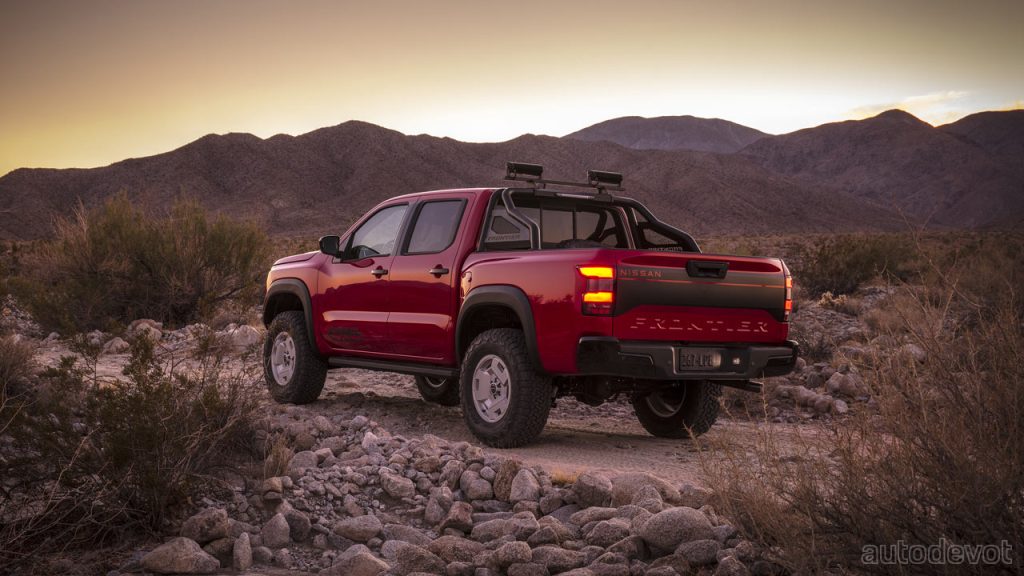 Project Hardbody
Next up we have the Project Hardbody, based on the Frontier Crew Cab SV 4×4 grade. It pays homage to the Nissan D21 which was also called Nissan “Hardbody” in the United States. The term Hardbody refers to D21’s double-wall bed and overall styling. 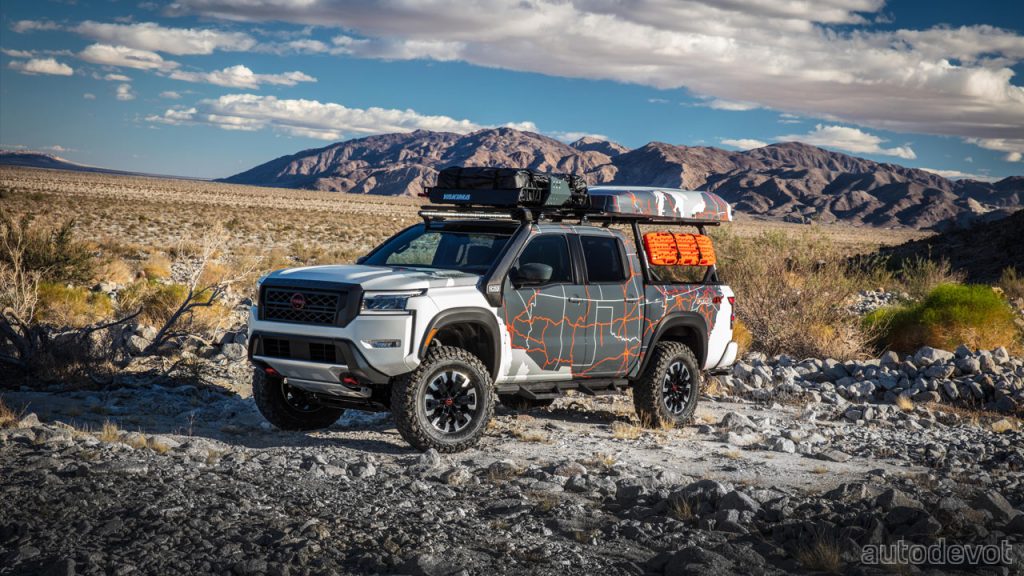 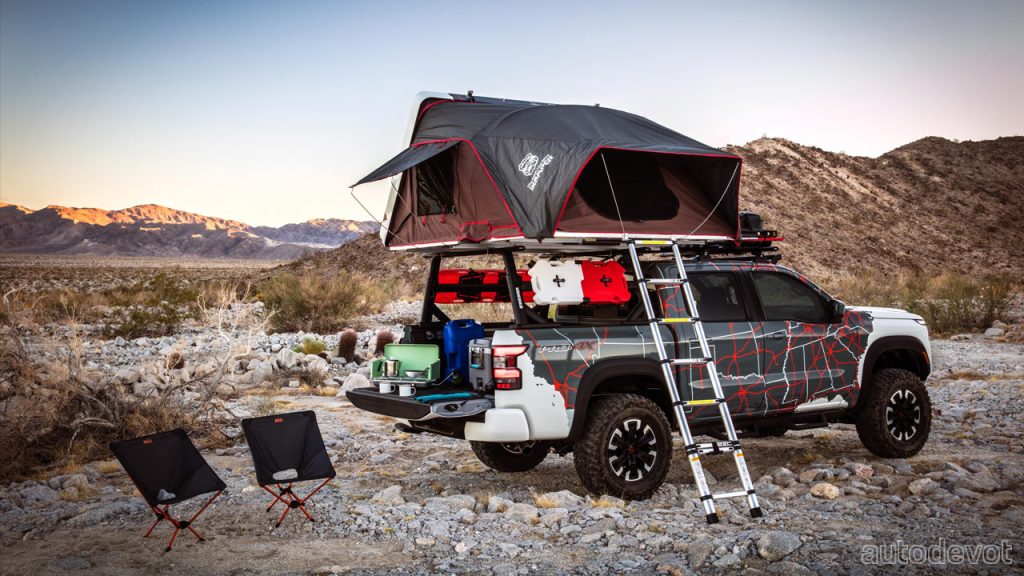 Project Adventure
Finally, we have the Project Adventure, which is NDA’s take on the popular overlanding trend. It is based on the Frontier Crew Cab PRO-4X grade, and features a 5-inch lift kit, 34-inch mud-terrain tires, Yakima bed rack system, Yakima LoadWarrior roof basket, a sky tent, and Kicker Bluetooth bed audio system.