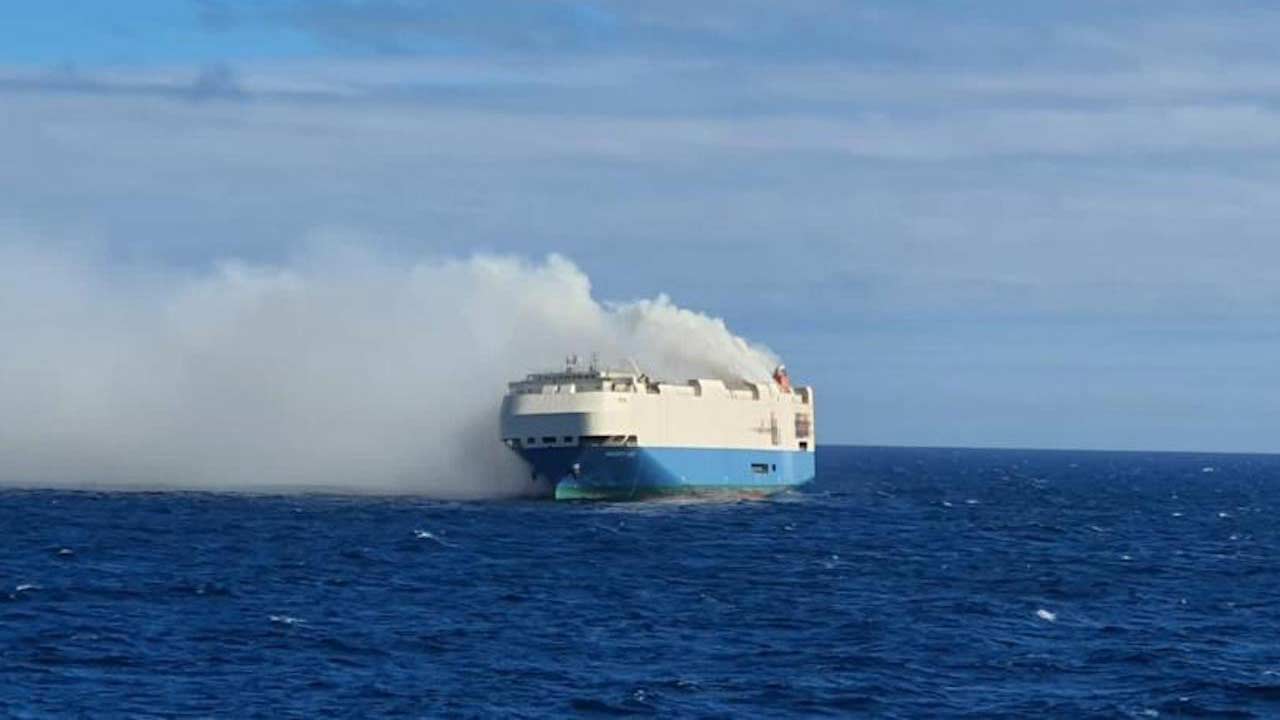 Just when you think the global semiconductor chip shortage couldn’t get any worse, a cargo ship carrying several VW Group vehicles reportedly caught fire in the middle of the Atlantic ocean—about 170 km (90 nautical miles) off the island of Faial (Portugal)—on February 16, 2022. The Felicity Ace was en route to Davisville, Rhode Island (US) from the port in Emden, Germany. The reports claim that she was carrying close to 4,000 VW Group vehicles, including those from Porsche, Lamborghini, Bentley and Audi.

While the Portuguese Navy and Air Force rescued all 22 crew members, there’s no reliable source of information on the fate of the cars on-board. Neither the VW Group nor any of the affected brands have officially released a press statement yet. 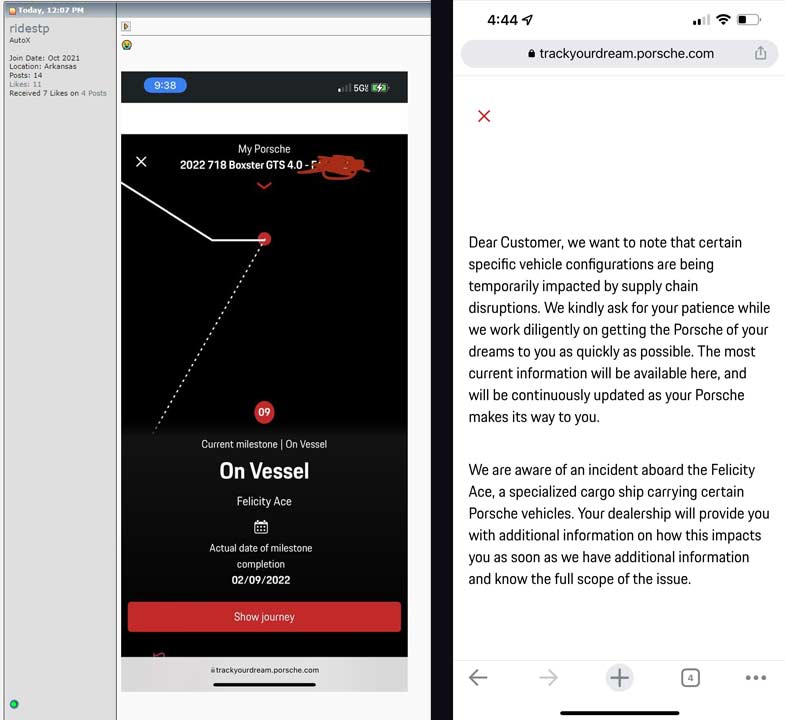 However, on the Porsche order tracking site, the brand has acknowledged the incident and has asked its customers to wait for further information. Meanwhile, some of the 😥 distressed customers are sharing tracking screenshots on the forums. The ship will most likely be dragged to one of those Portuguese islands for investigation.

I just got the call from my dealer. My car is now adrift, possibly on fire, in the middle of the ocean. https://t.co/Ge2DYk8IJ0

Motoring journalist Matt Farah on Twitter said that he got a call from his dealer that he might have to wait for some more time to take delivery of his car. As some of you might remember, it’s not the first time VW Group has faced this issue. In 2019, it lost several Porsche 911 GT2 RS models due to a fire on-board Grande America en route to Brazil. Porsche decided to re-build those lost models.