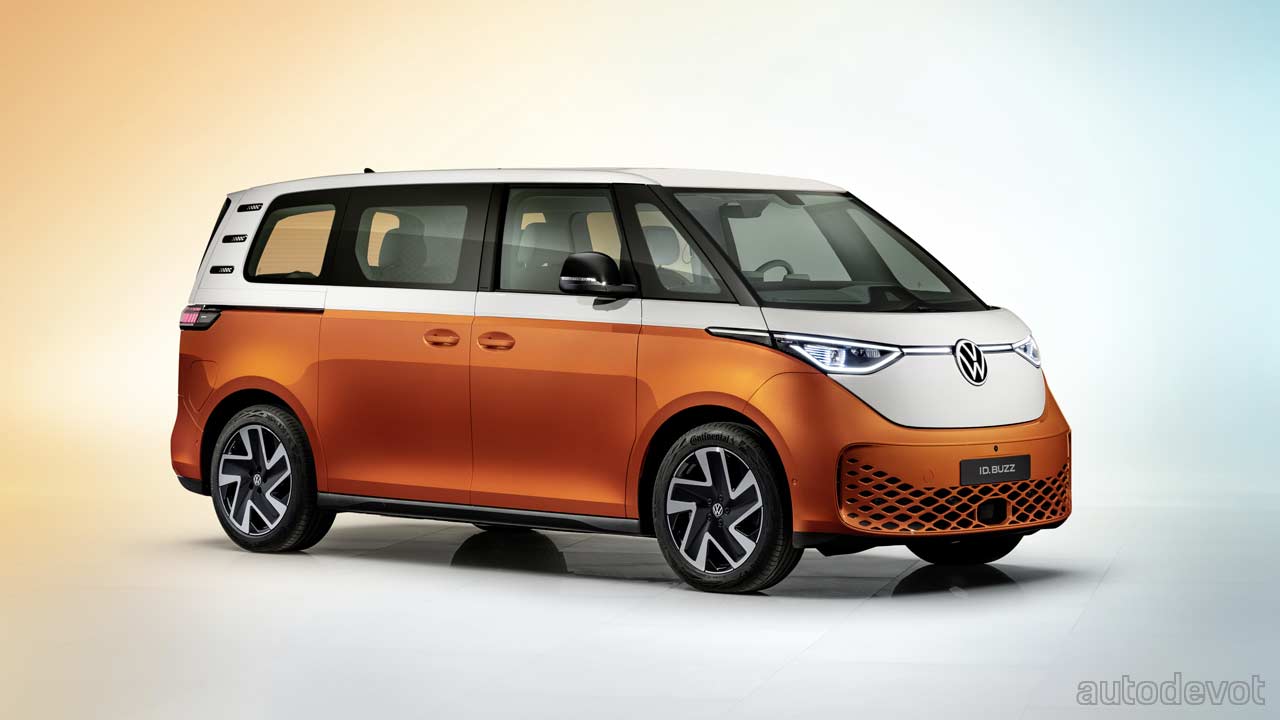 It has been over half a decade since the Volkswagen ID. Buzz was unveiled as a concept at the 2017 NAIAS show in Detroit, but hey, the production version of the “Bulli” successor is finally here, and as promised 5 years ago, VW is offering both passenger and cargo variants. Market launch is gonna happen this autumn in Europe, with pre-orders commencing in May depending on the country. Also, VW has confirmed the ID. Buzz launch in North America as well. The electric Bulli will be produced by the Volkswagen Commercial Vehicles division in Hanover, Germany. 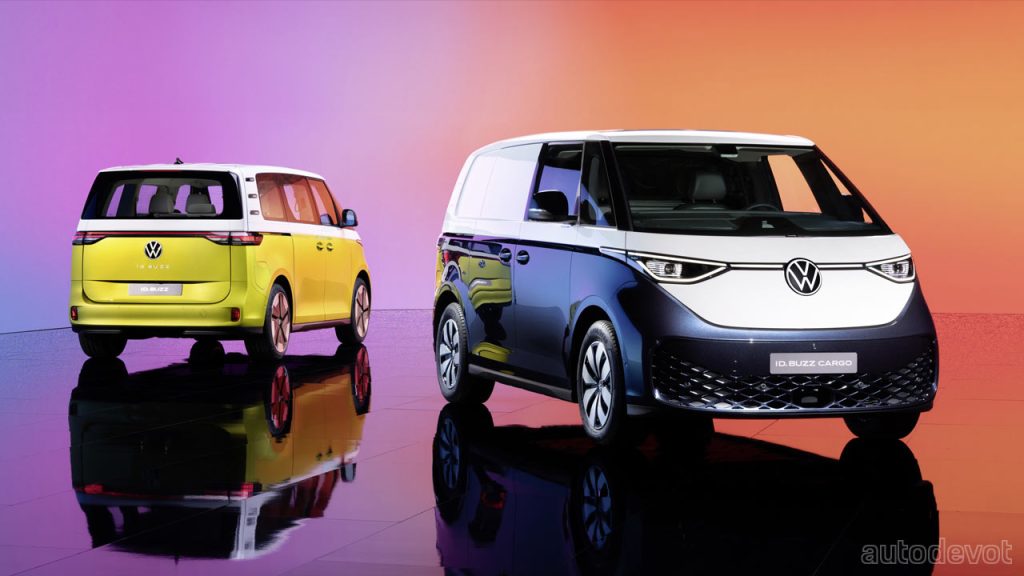 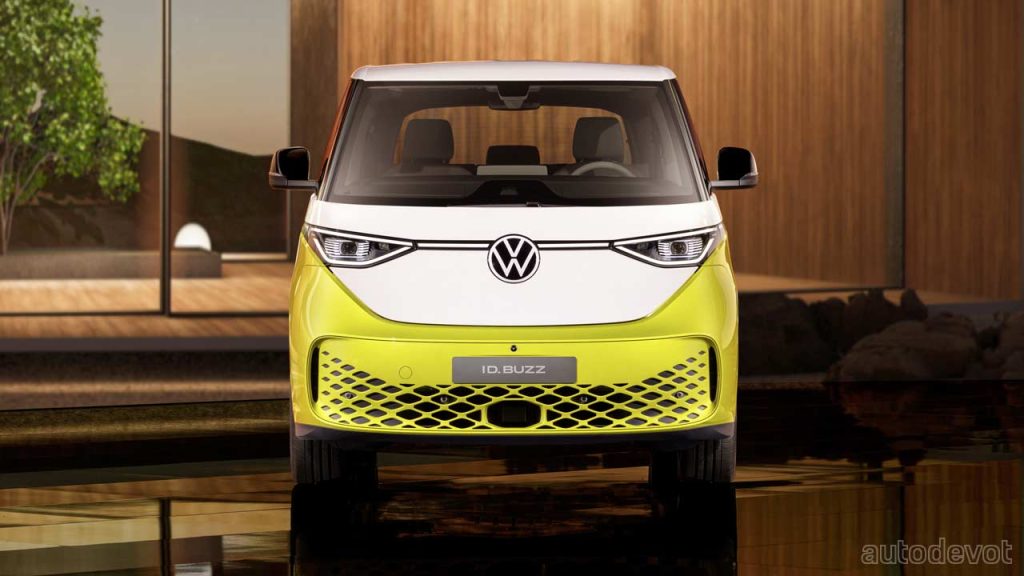 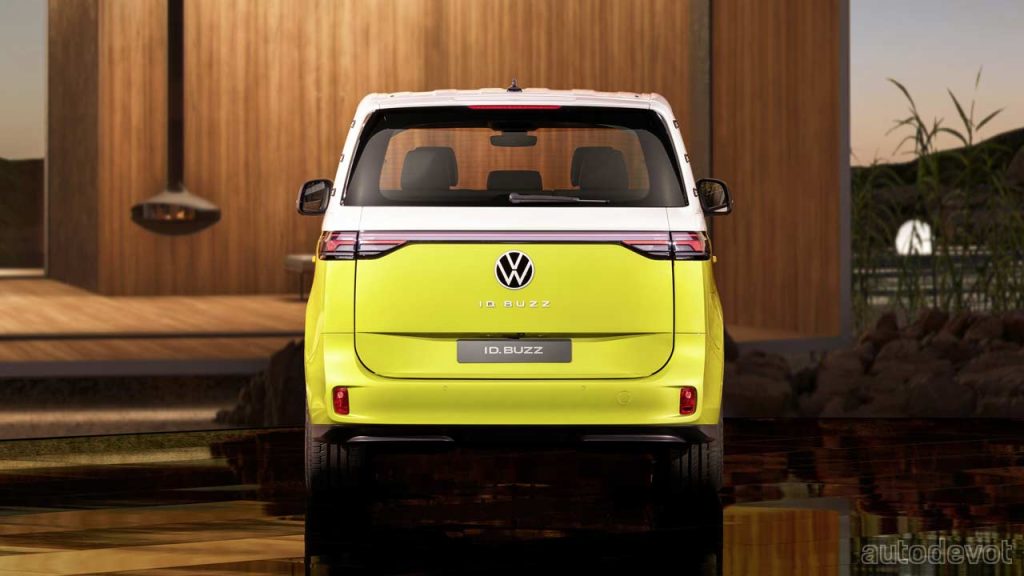 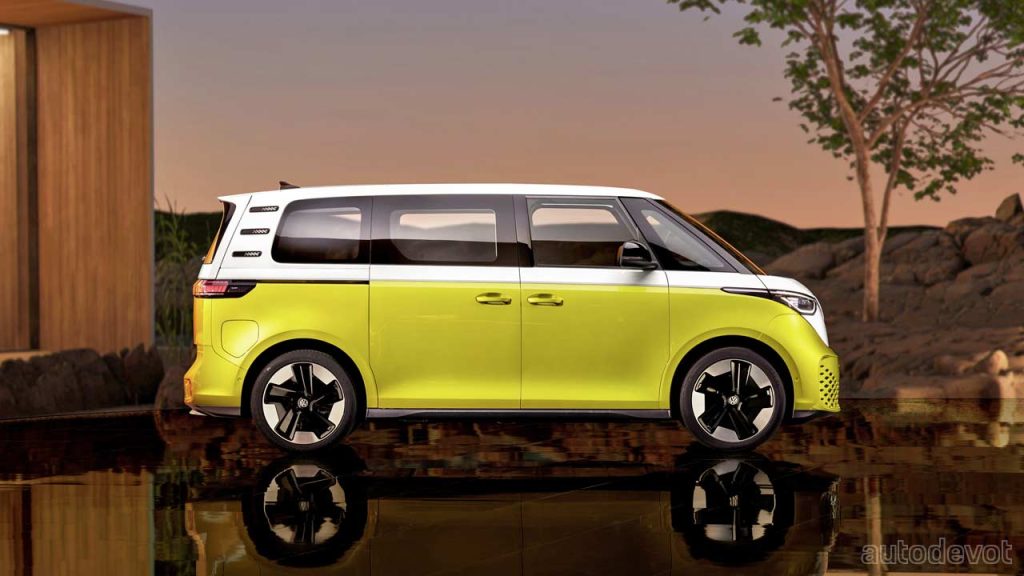 Built around the Group’s Modular Electric Drive Kit (MEB) platform, the ID. Buzz van adopts a similar design language as its other ID. siblings. But most importantly, it retains most of the styling elements shown in the concept, including the dual-tone paint scheme and those three indented stripes kinda thing on the last pillars. Those indentations are not painted in the Cargo version. 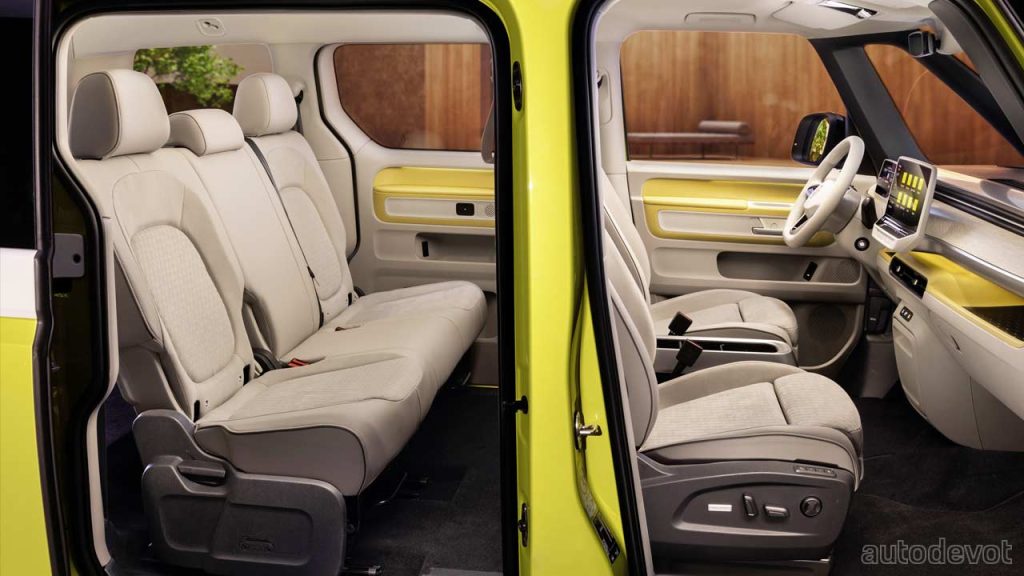 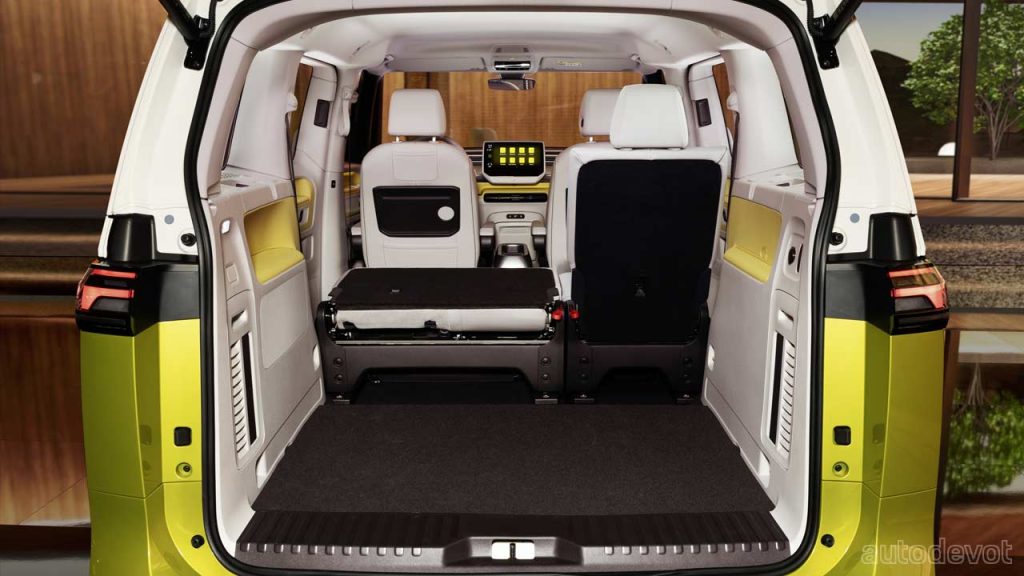 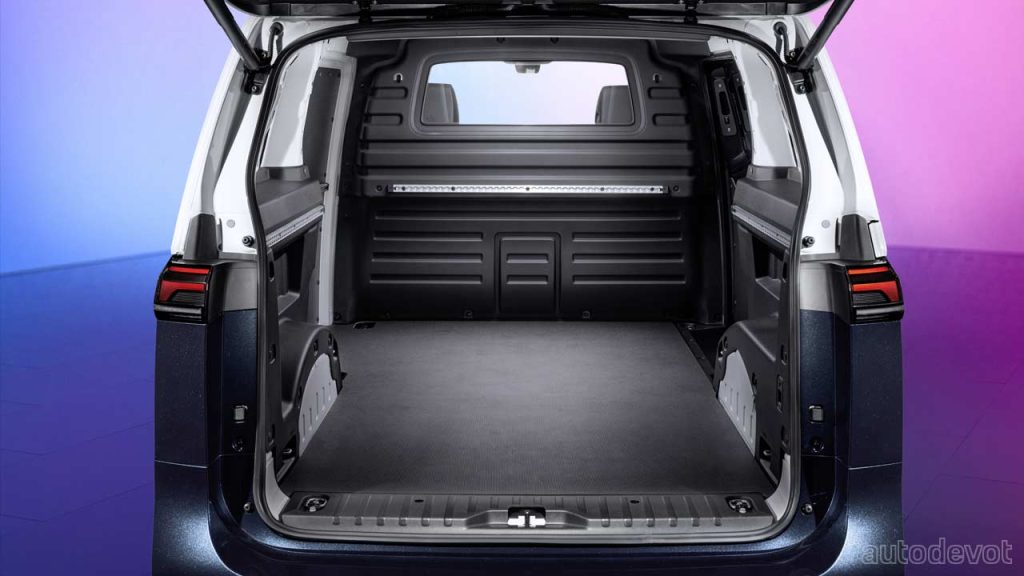 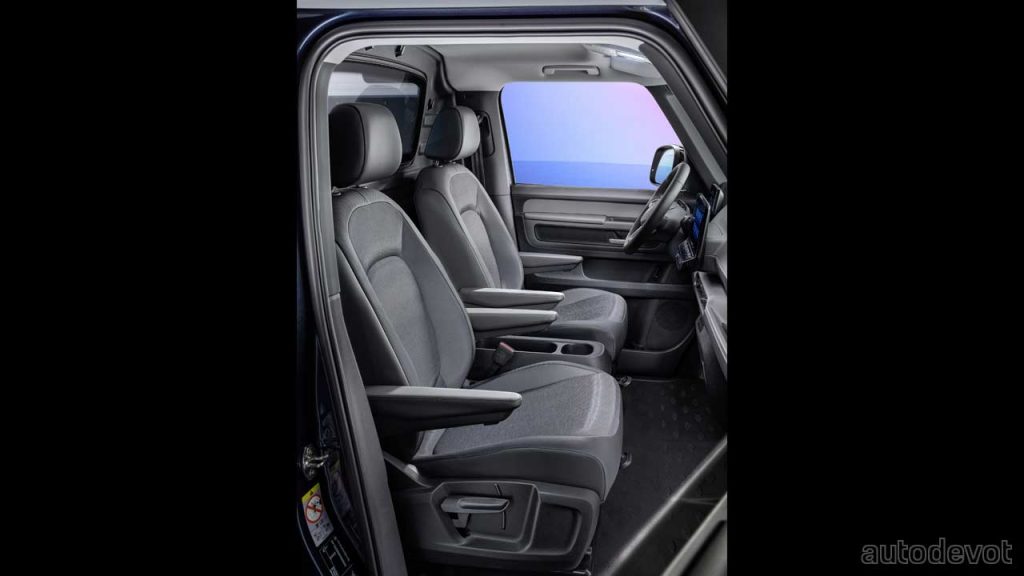 Inside the ID. Buzz, the space appears to be generous, for both passengers and cargo. The passenger version offers seats for up to 5 people and a default luggage capacity of 1,121 litres and a total luggage capacity of up to 2,205 litres if the second-row seats are folded down. The ID. Buzz Cargo features a fixed partition separating off the 3,900 litres of cargo space. Also, notice the color-theme difference between the two variants. 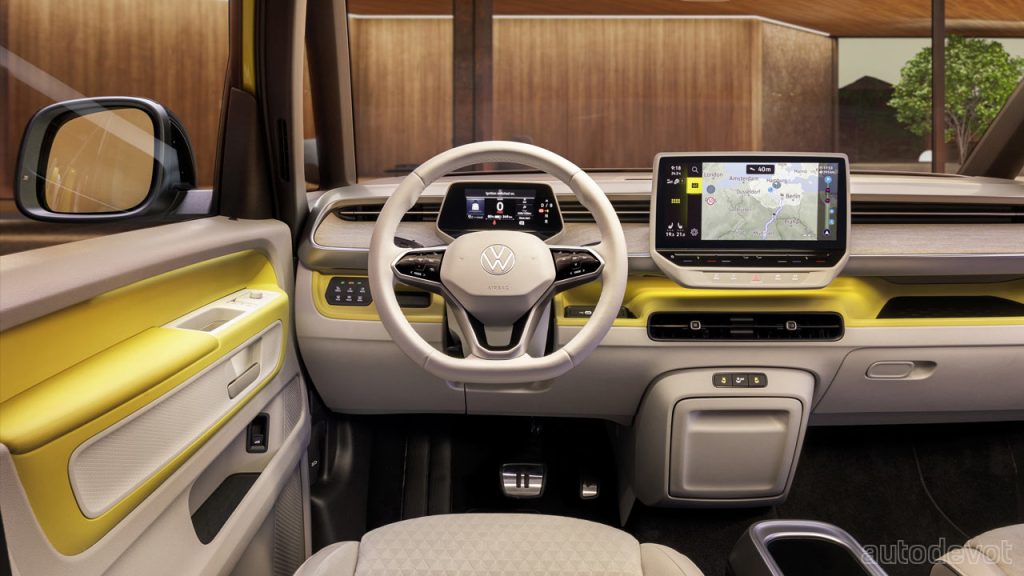 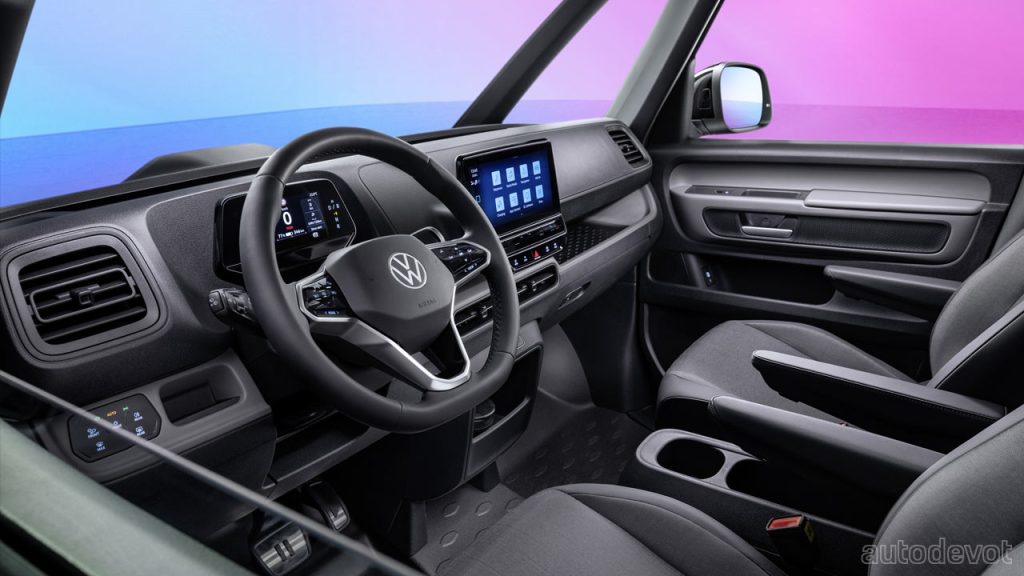 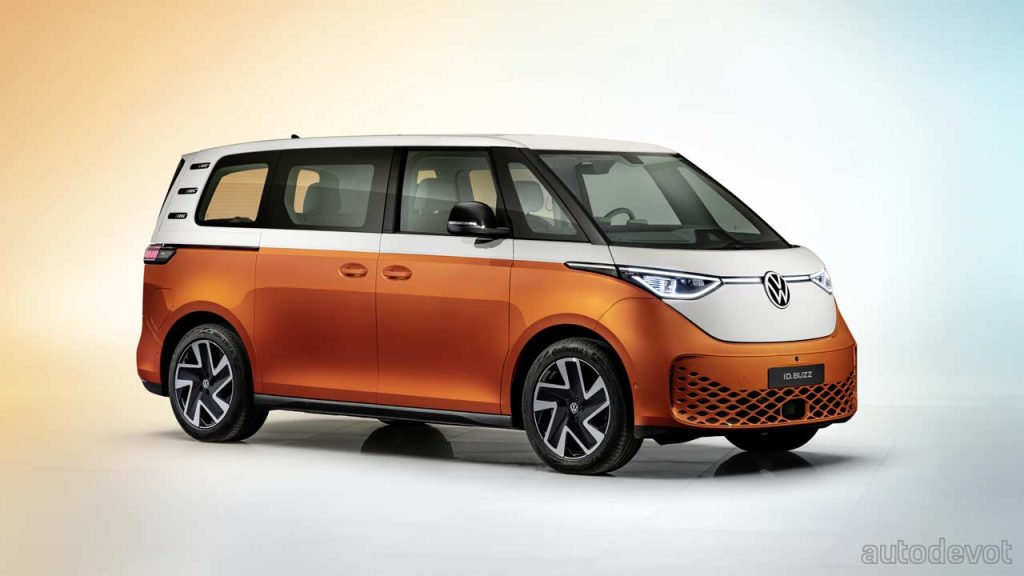 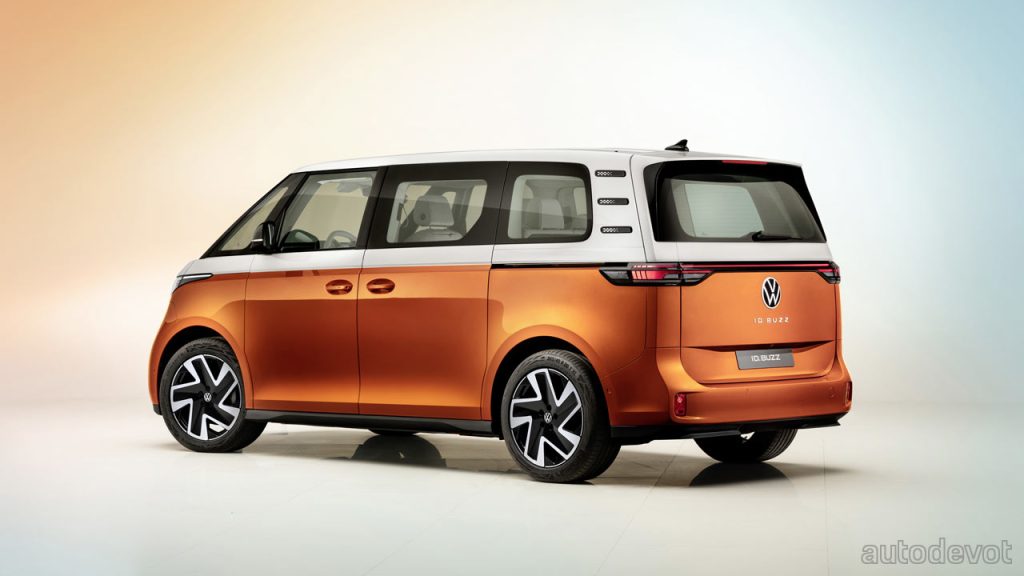 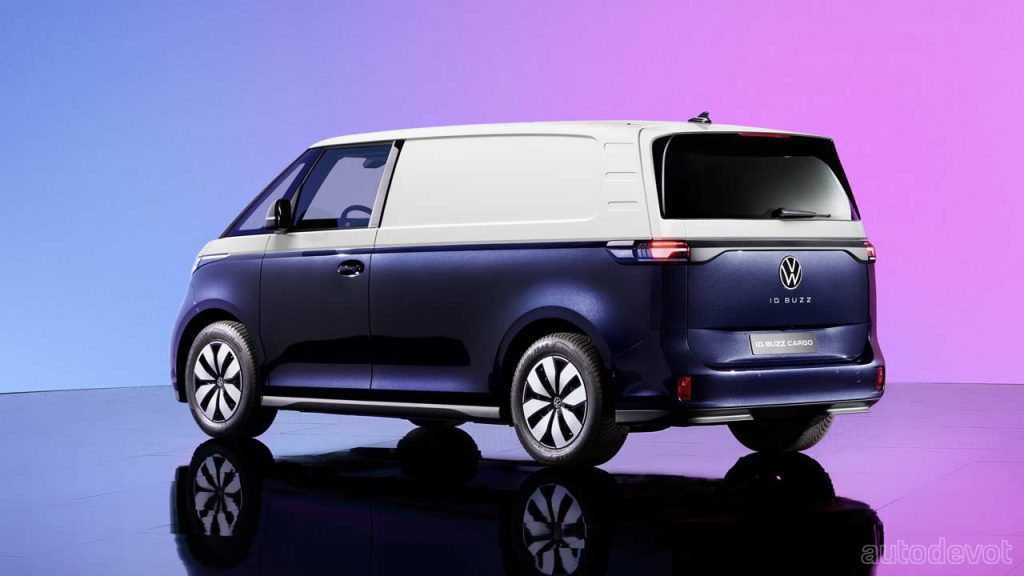 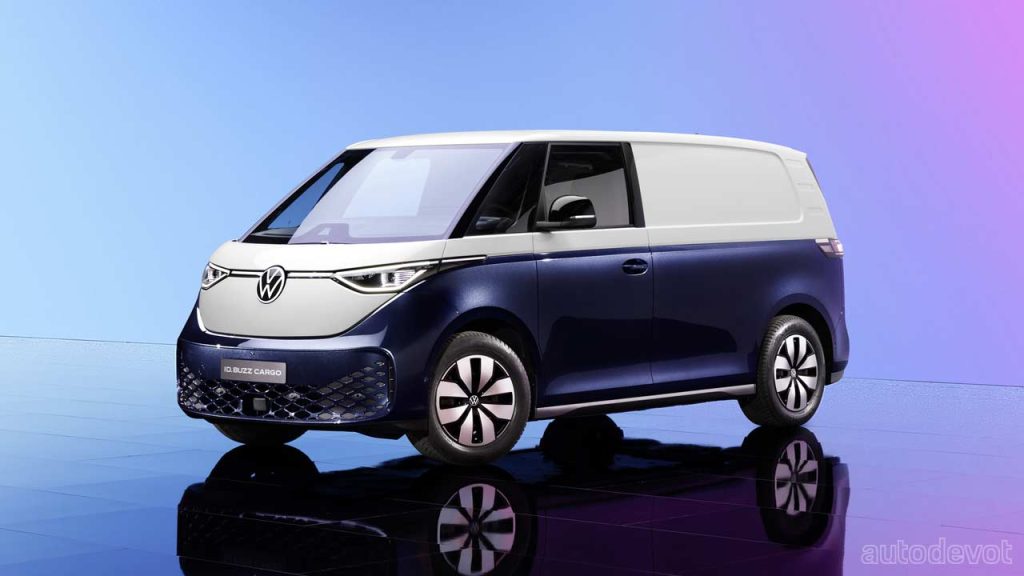