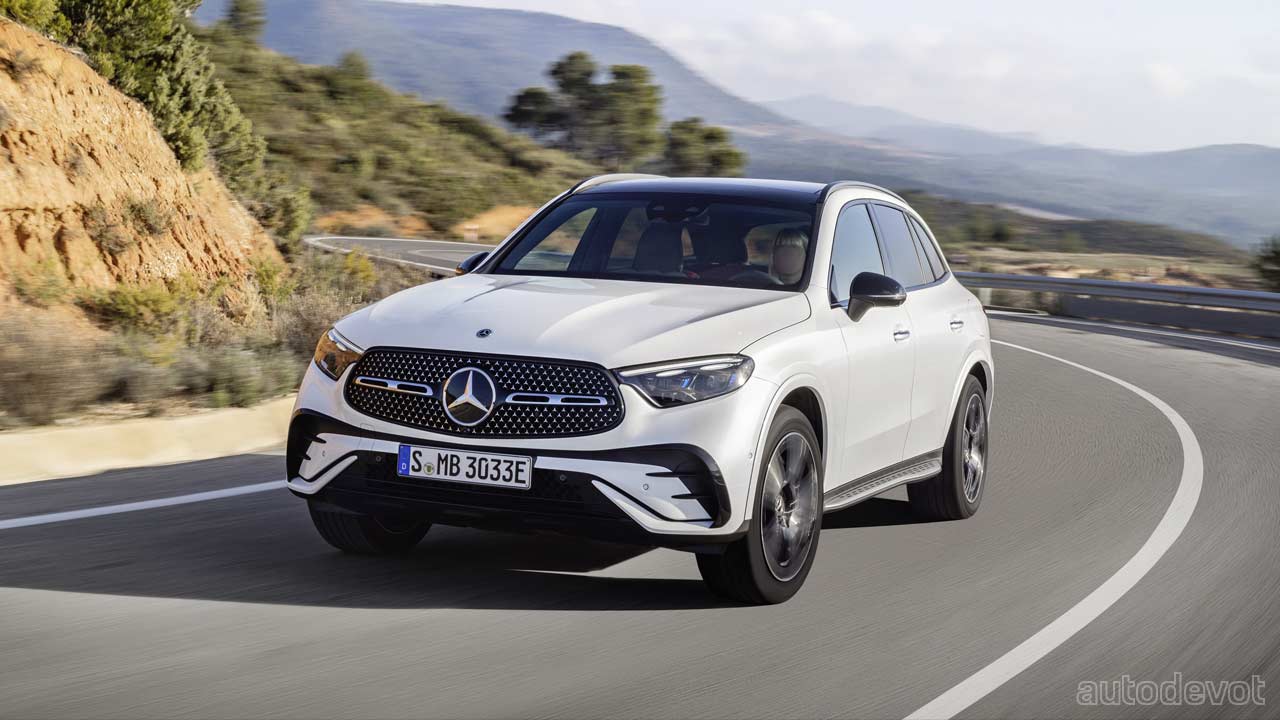 As you might know, the GLC has been one of the most important and bread-earning (read successful) models for Mercedes-Benz. It started its life as ‘GLK’ Class back in 2008, and I’m not entirely sure if the revised nomenclature in 2015 helped the class achieve more success, but here we are talking about the second-gen model. Speaking of which, the 2023 GLC lineup includes petrol and diesel plug-in hybrid variants, which we’ll talk about in just a minute or two. 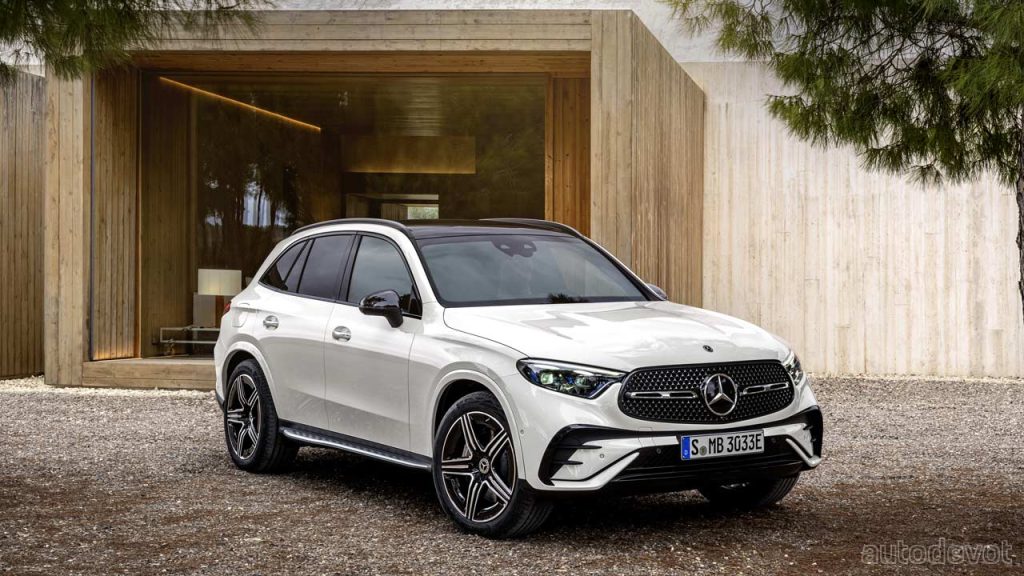 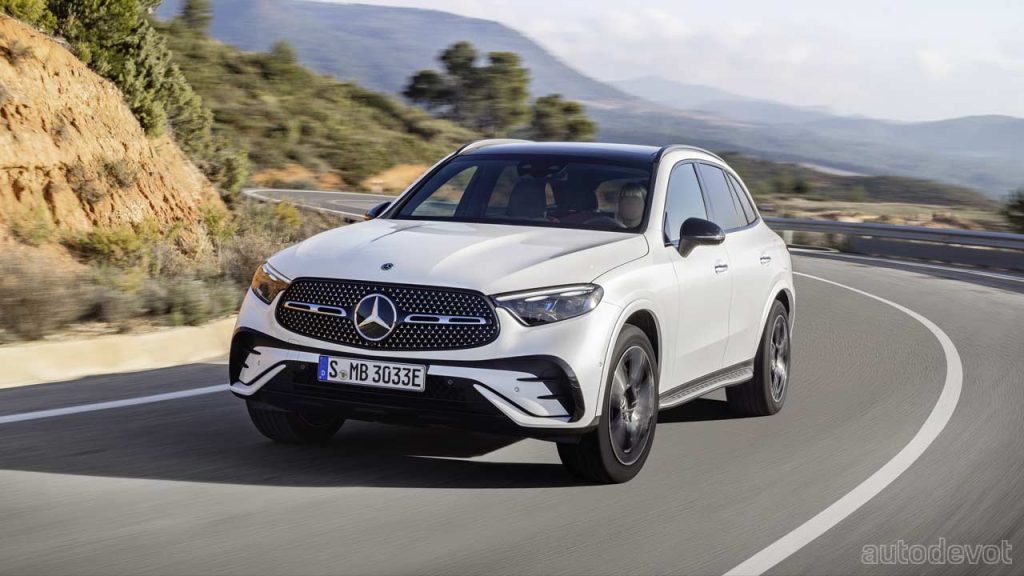 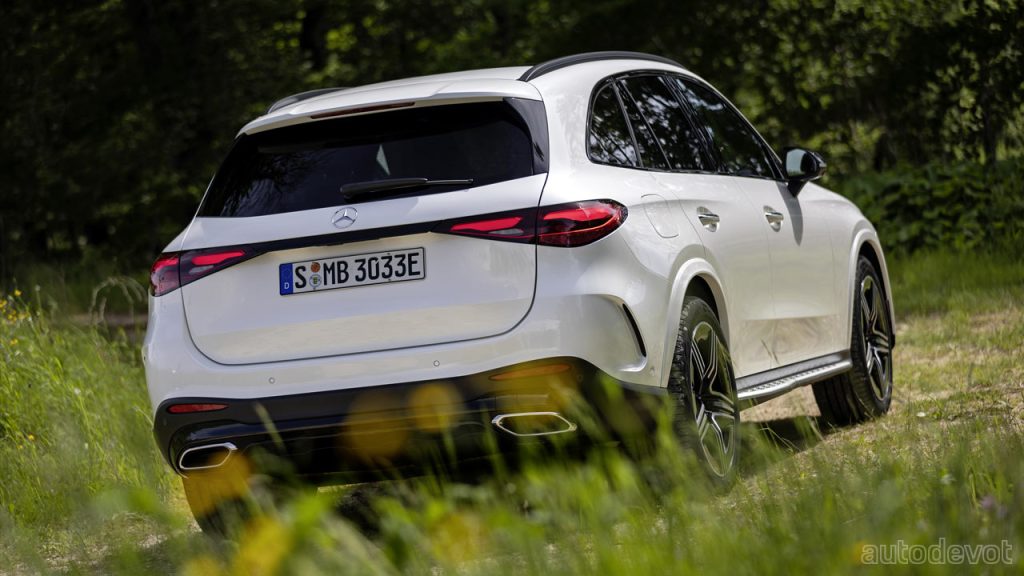 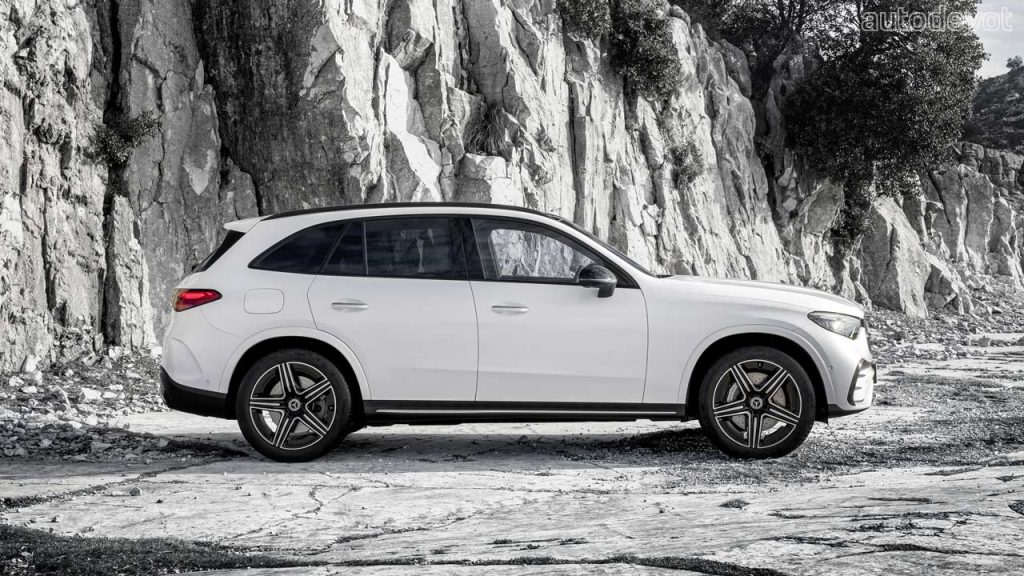 But first, let’s talk a li’l bit about its styling. Speaking of which, the design team at Mercedes-Benz plays it safe when it comes to series-production vehicles, unlike their good friends in Munich who often like to be controversial. The new GLC is instantly recognizable as a new GLC; meaning the styling revisions are clean and understandable. The front fascia sports a new star-patterned grille, new headlights and a sporty new bumper, while the rest of the vehicle looks fairly Merc-typical. The drag co-efficient this time around is 0.29 Cd versus 0.31 Cd of its predecessor. 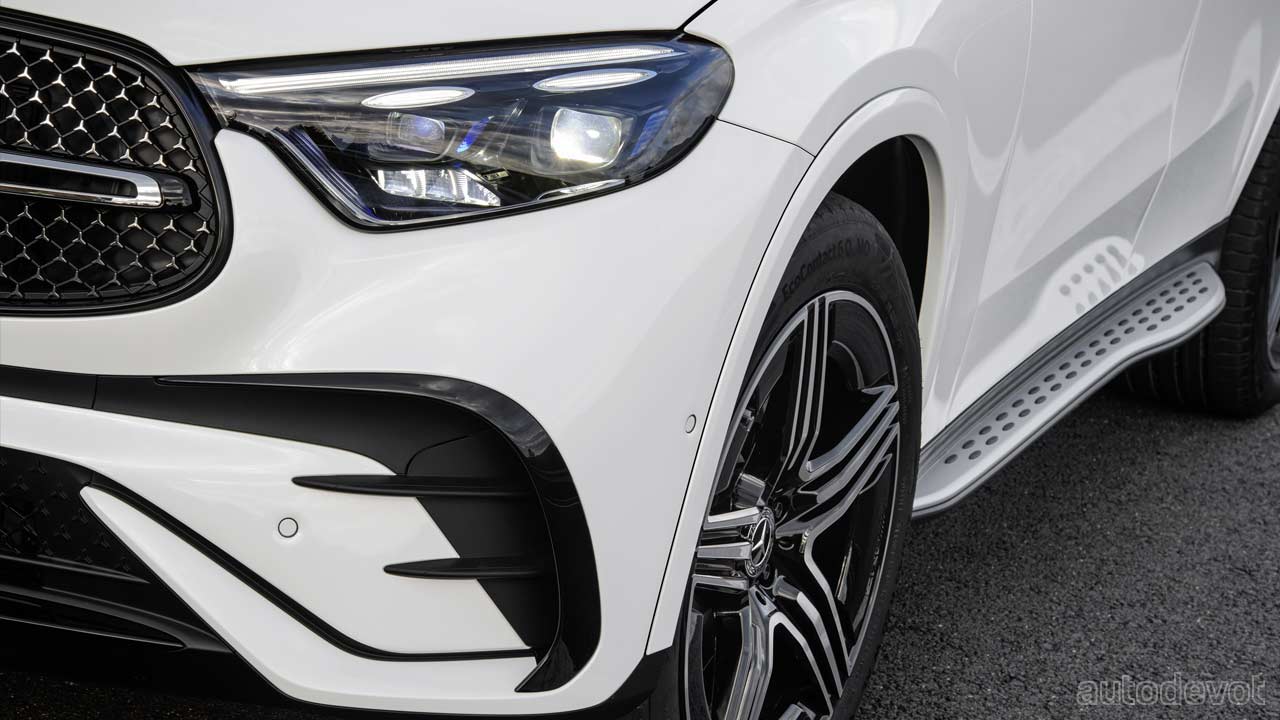 And of course, the headlights you see in the photos here are the optional Digital Lights that debuted with the 7th gen S-Class. Other optional equipment includes rear-axle steering and Airmatic air suspension with variable adjustable damping for compression and rebound. The optional Offroad Engineering package raises the ride height by 20 mm. A panoramic sunroof is also an optional extra.

Standard suspension includes a new four-link setup at the front and a multi-link independent setup at the rear mounted to a subframe. The AMG Line package adds a sporty suspension tuning. 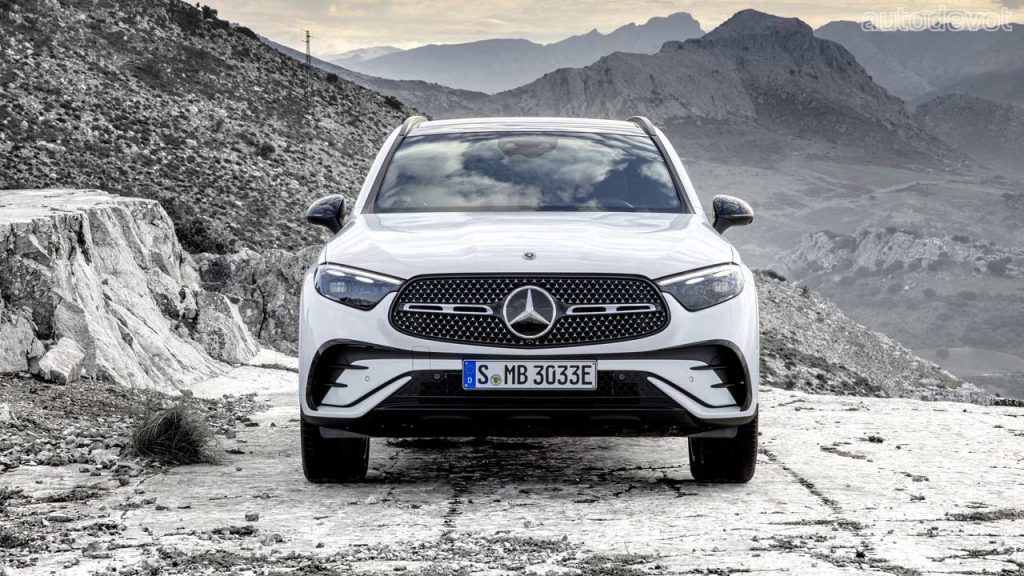 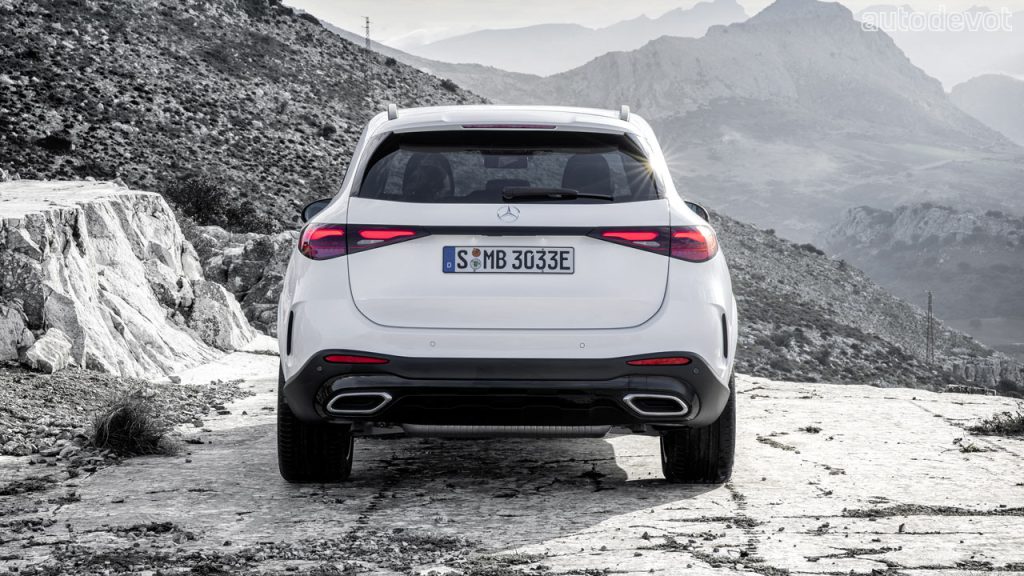 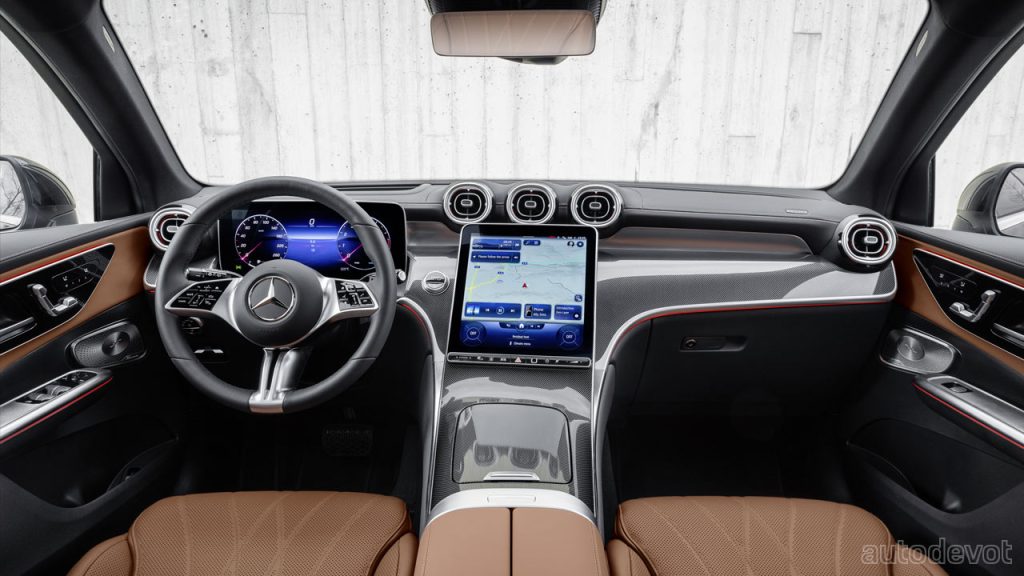 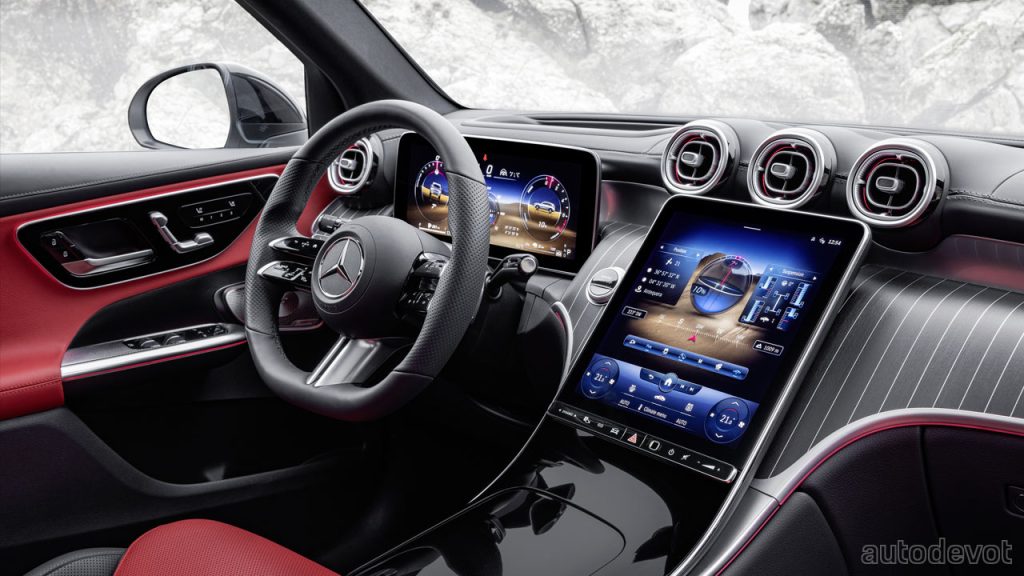 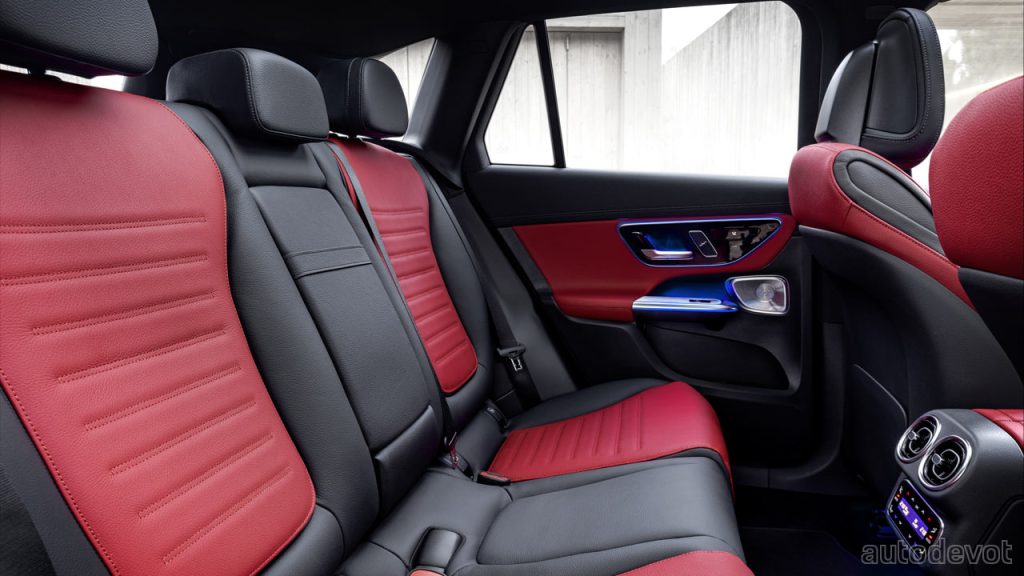 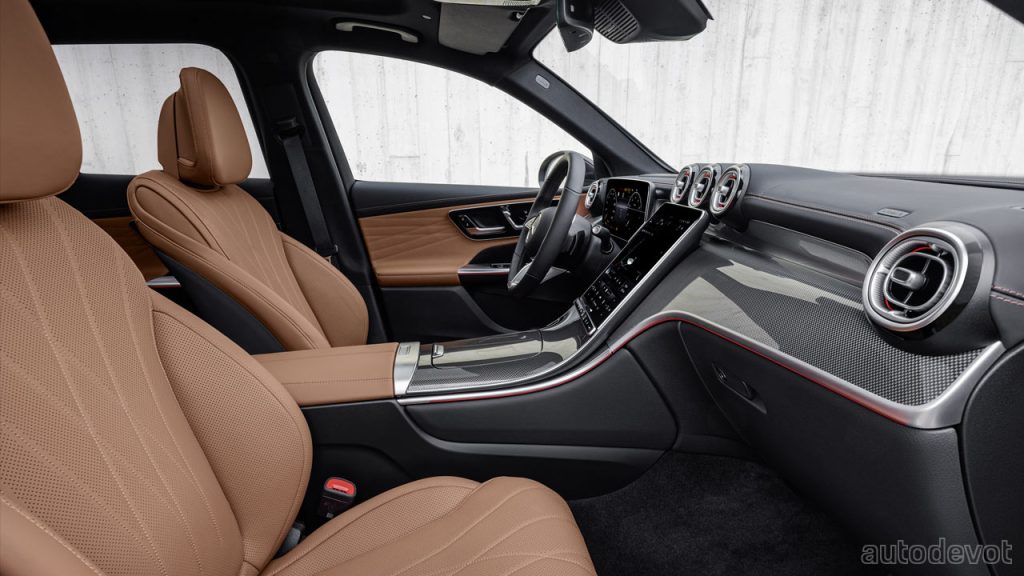 Inside, again, it looks just like any other latest Mercedes model, thanks to that identical dashboard and a portrait-style 11.9-inch central touchscreen. And of course, the driver gets their own 12.3-inch display. We are talking about the Avantgarde Line here, which means the lesser trims might get smaller stuff. Augmented Reality navigation can also be found in the options list. Optional assistance systems include Active Distance Assist Distronic (now supports up to 100 km/h), Active Parking Assist, Active Steering Assist, Traffic Sign Assist, and Trailer Manoeuvring Assist. 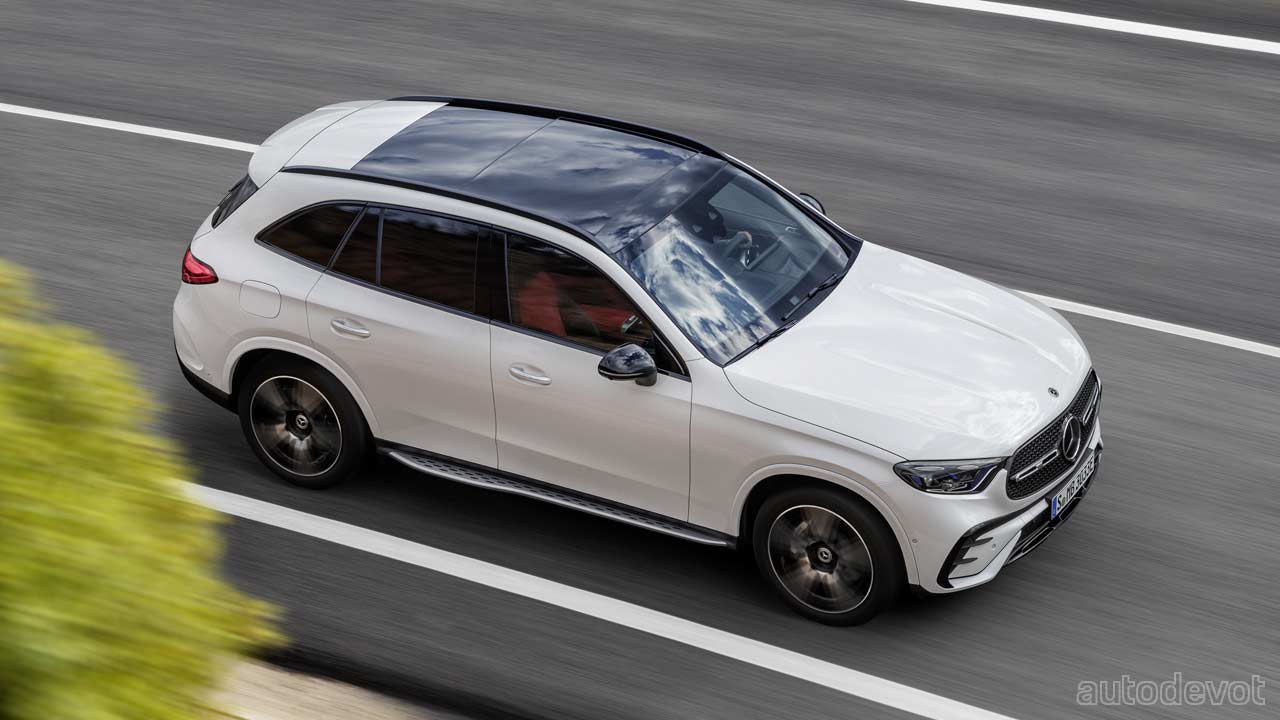