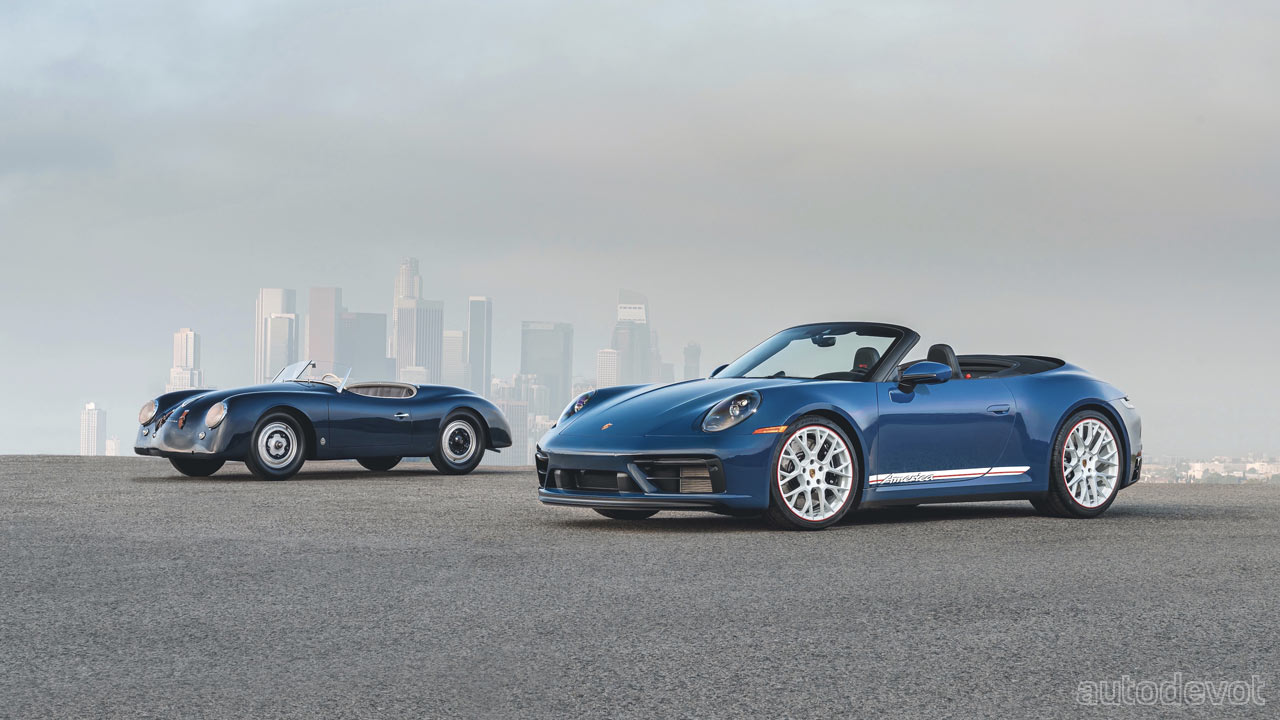 Porsche has revealed the 911 Carrera GTS Cabriolet America Edition, which as the name suggests, is exclusive to the North American market. The special edition will reach the showrooms in late 2022 as a 2023 model. 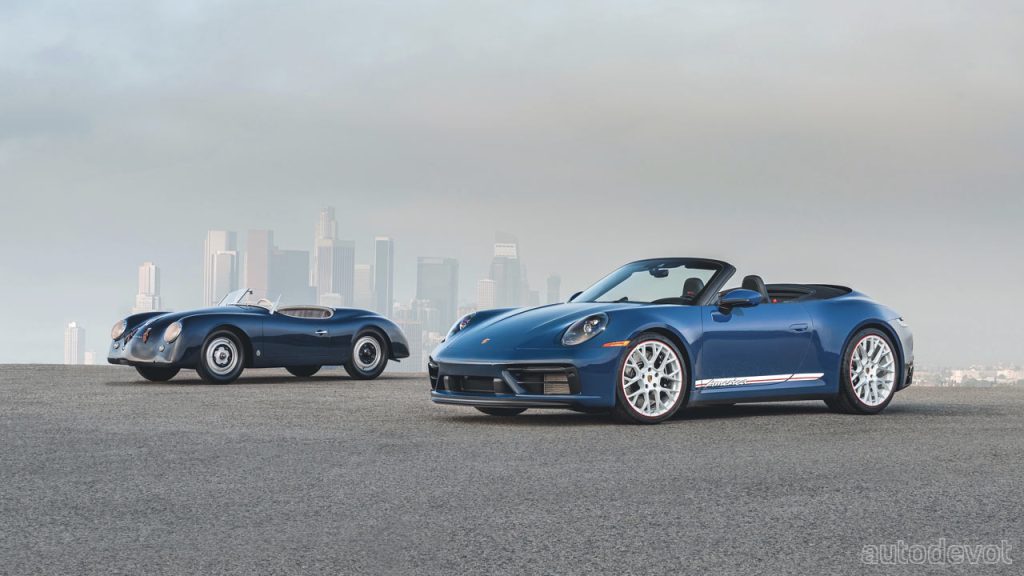 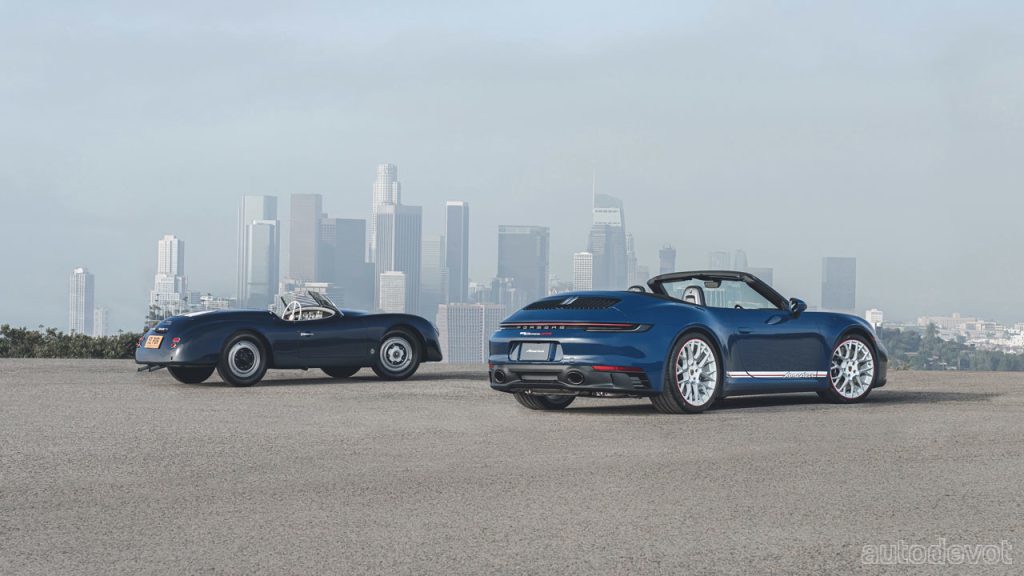 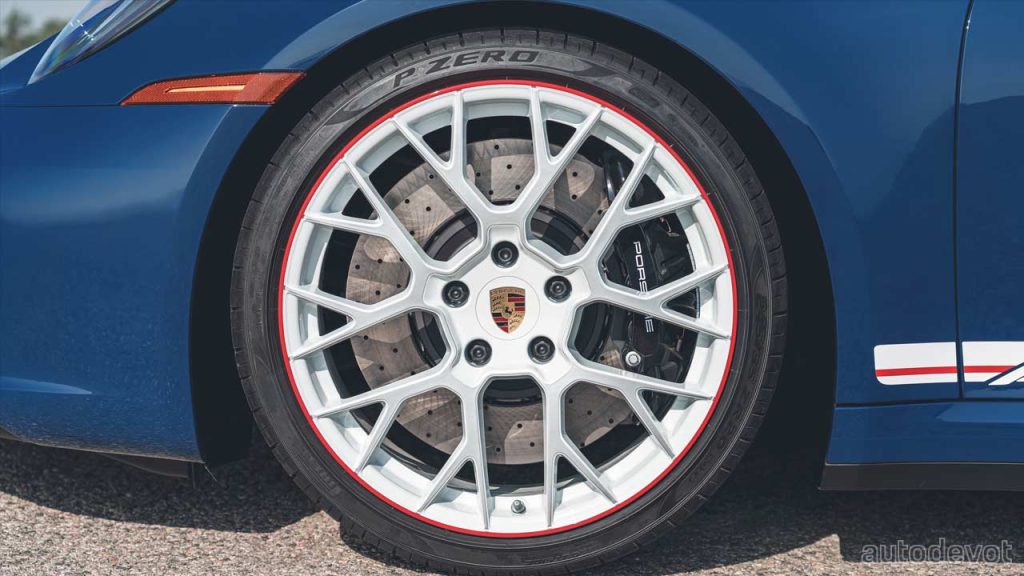 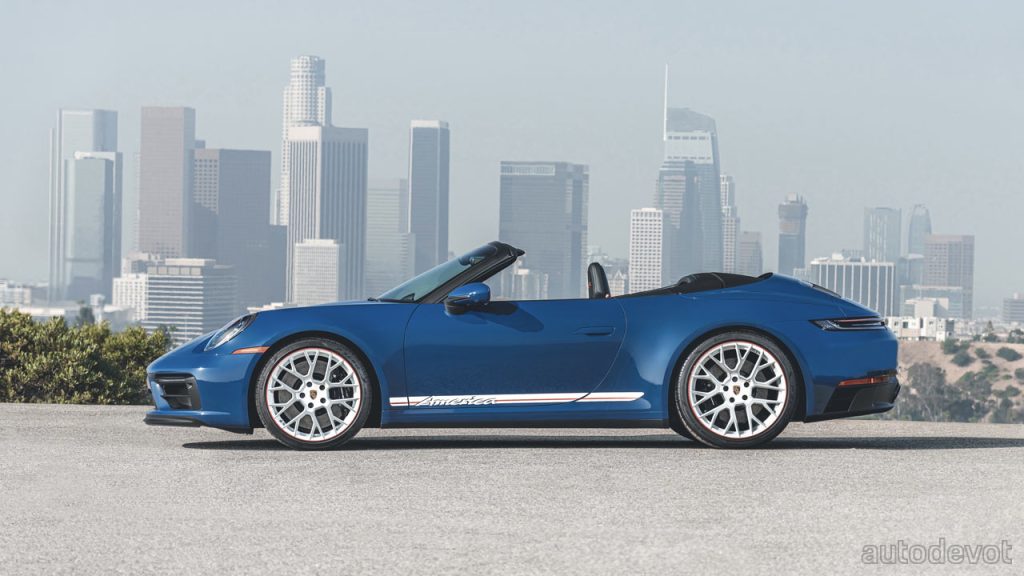 It is based on the 911 Carrera GTS Cabriolet, of course, and as the photos would suggest, is inspired by the 356 America Roadster of 1953, more specifically, the exclusive Azureblue356 color the GTS Cabriolet is wearing. The special paint is complemented with RS Spyder Design Wheels with the interior portion of the spokes in white and the outermost flat surfaces in Silver, and of course, Guards Red pinstripe along the edge of the rim. On the lower side of the body, there’s a white decal with a Guards Red stripe and ‘America’ branding. 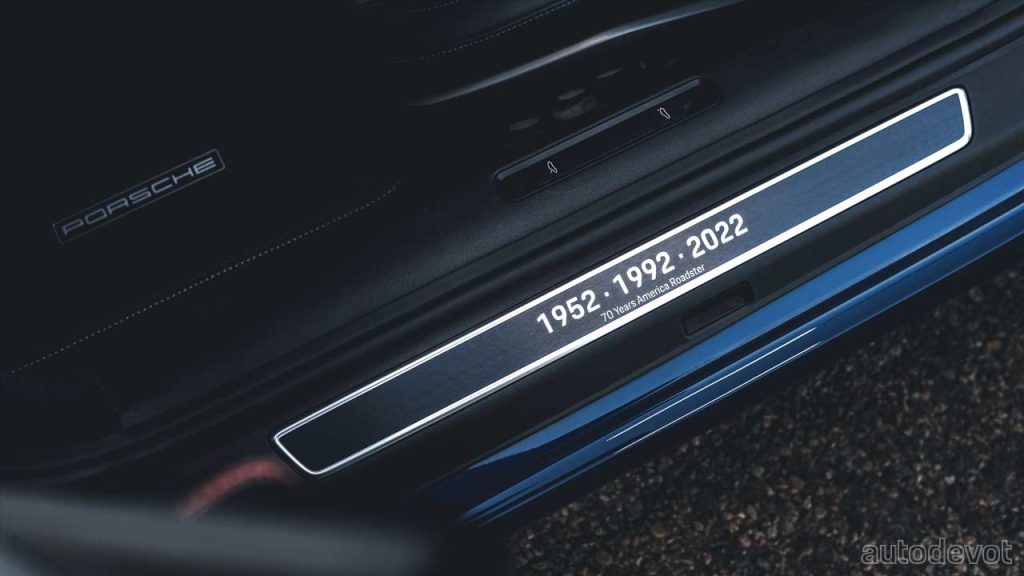 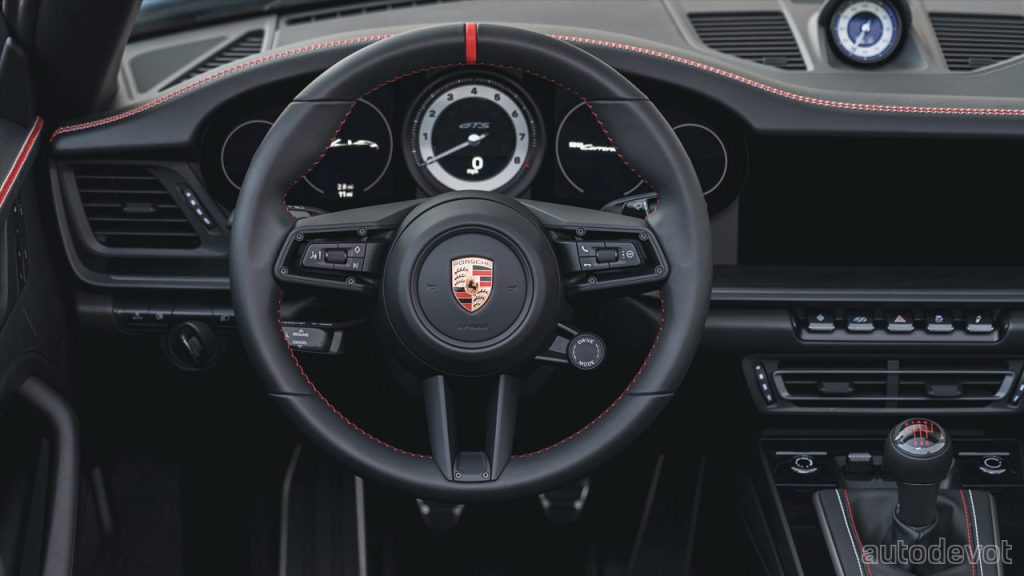 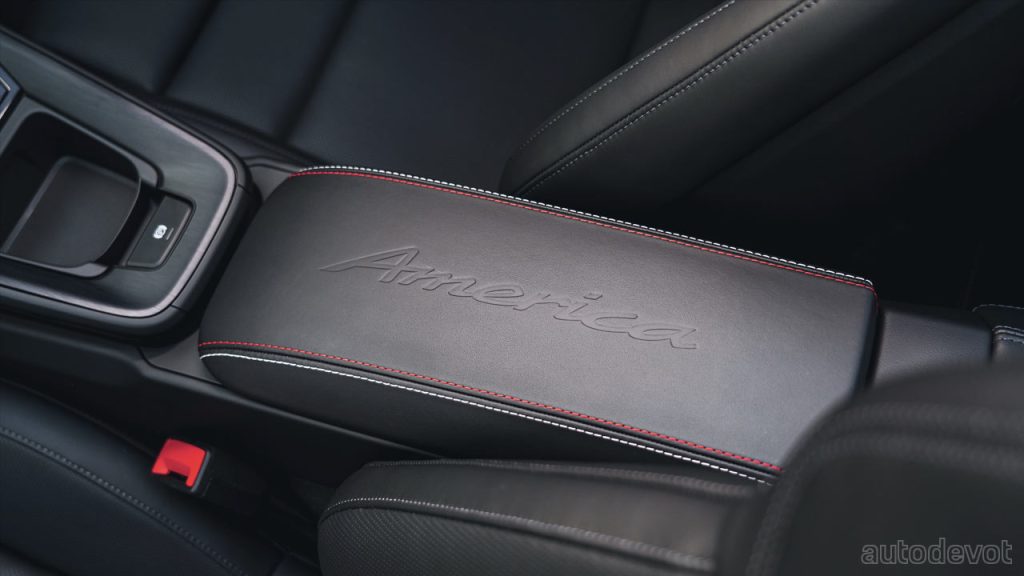 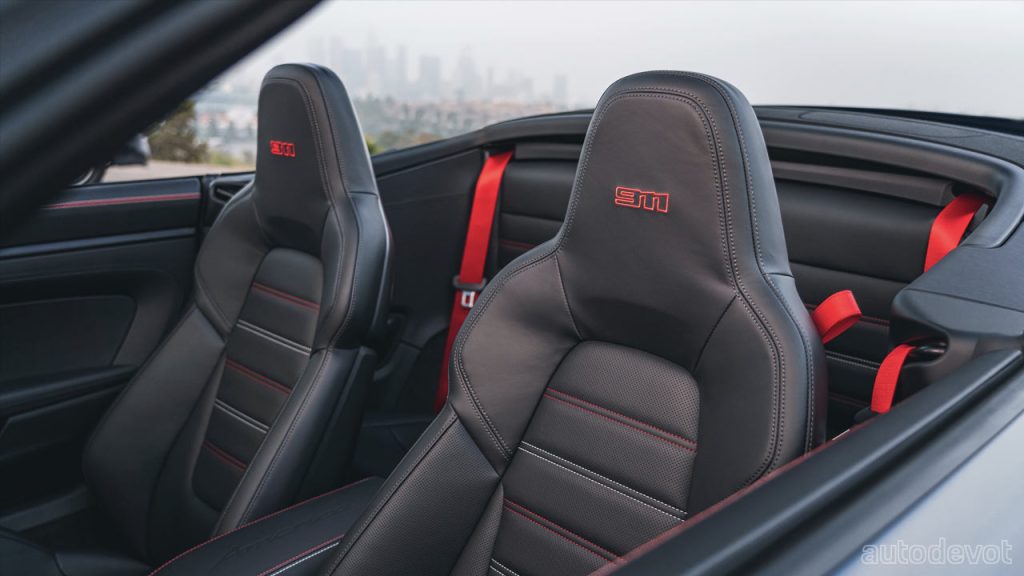 Cross stitching in Guards Red with surrounding stitching in Pebble Grey continues the color combination through the cabin, including along the upper dashboard and door panels. The central armrest features two-tone stitching in Guards Red and Pebble Grey, with embossed ‘America’ branding on the leather. Unique illuminated door sills commemorate the 70th anniversary of the 356 America Roadster. An optional extended interior package continues the color theme on the steering wheel, shift lever and seats as well. The tachometer dial is gonna be in white as standard. 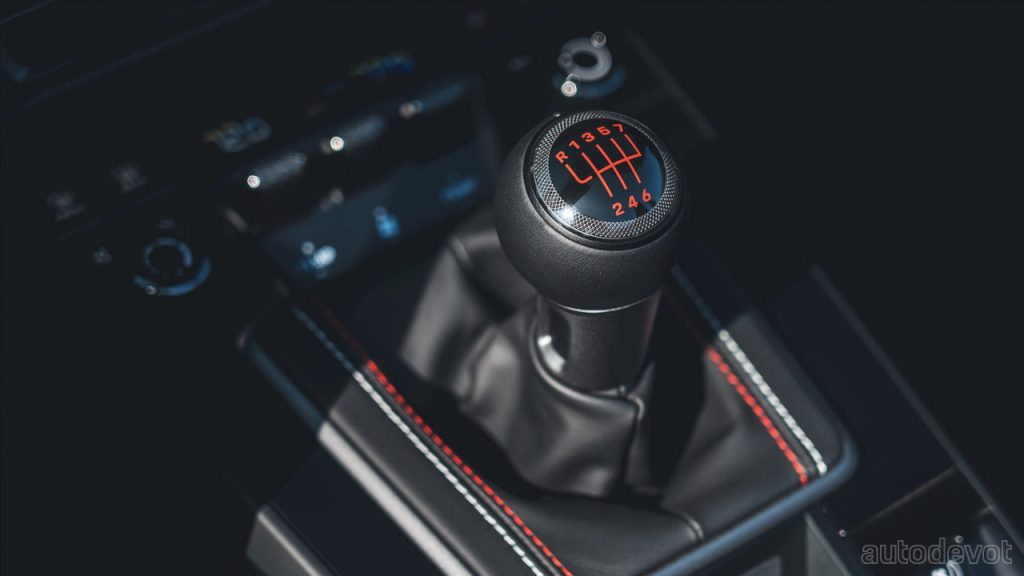 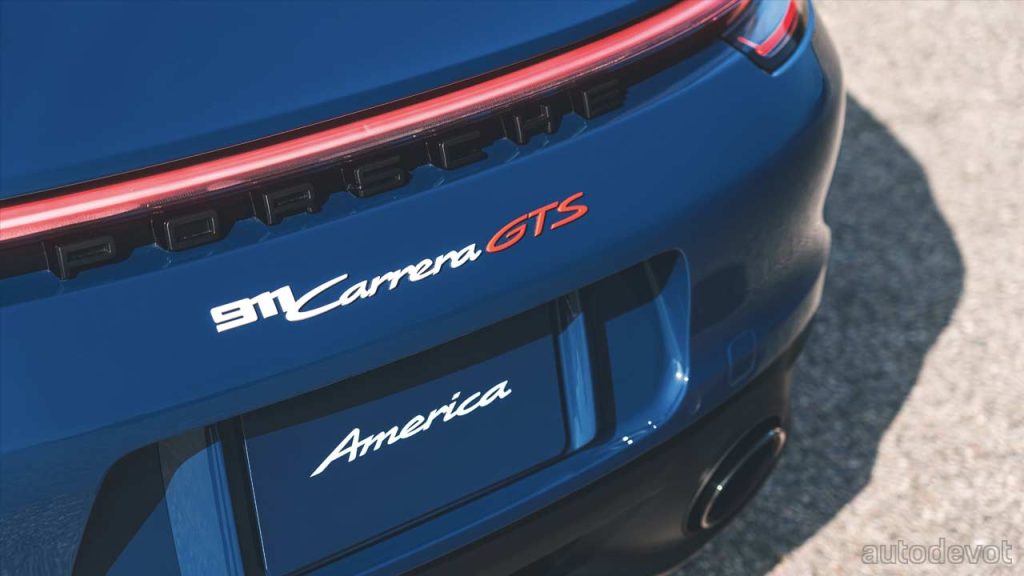 No mechanical changes; the 911 Carrera GTS packs a 3.0-litre flat-six twin-turbo engine with 353 kW (480 metric hp) and 570 Nm (420 lb-ft) of torque. Since the special edition is inspired by a classic, the engine comes paired exclusively with a 7-speed manual gearbox. Porsche Active Suspension Management (PASM) with 10 mm lowered ride height; Sport Exhaust and Sport Chrono Package are all standard equipment. 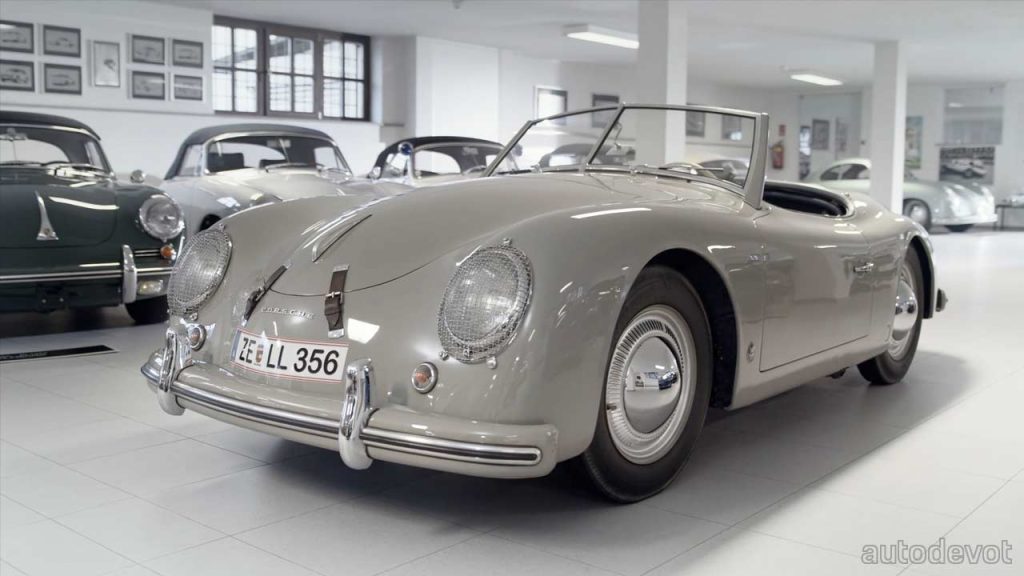 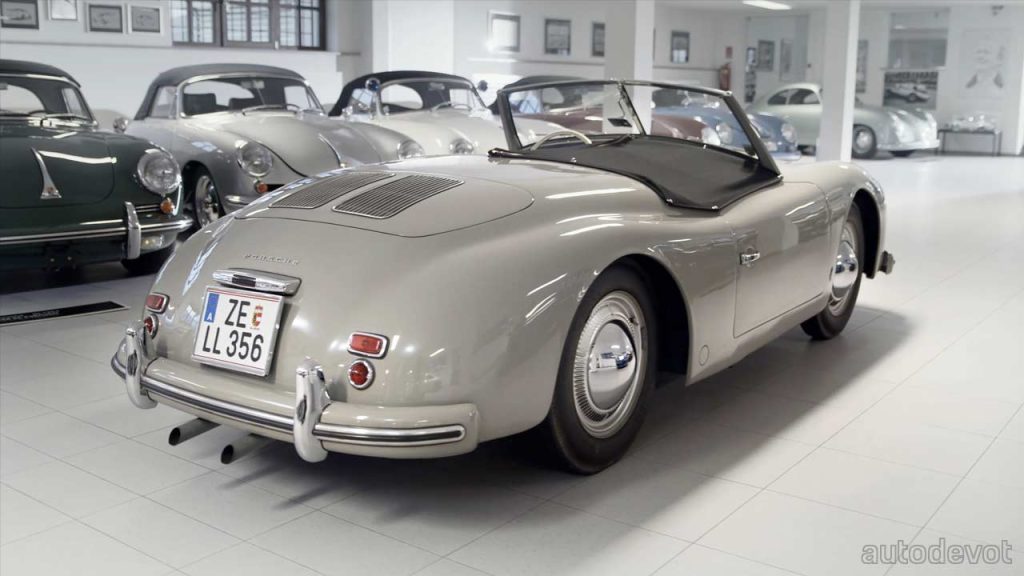 About the 356 America Roadster
Max Hoffman, the first importer of Porsche cars to the U.S., found early success among American customers when he began selling the 356 in 1950. In 1953, the 356 America Roadster followed. With all but the bare essentials removed, the car used a 51 kW (70 metric hp) 1,480 cc flat-four engine. That figure represented a significant jump from earlier models with a smaller engine making 29 kW (40 metric hp). That barebones sports car quickly inspired the 356 Speedster, which used the steel body of the 356 Cabriolet, but with minimal equipment—much like, but not quite to the same extent as, its earlier sibling. Only 16 examples of the 356 America Roadster were built.