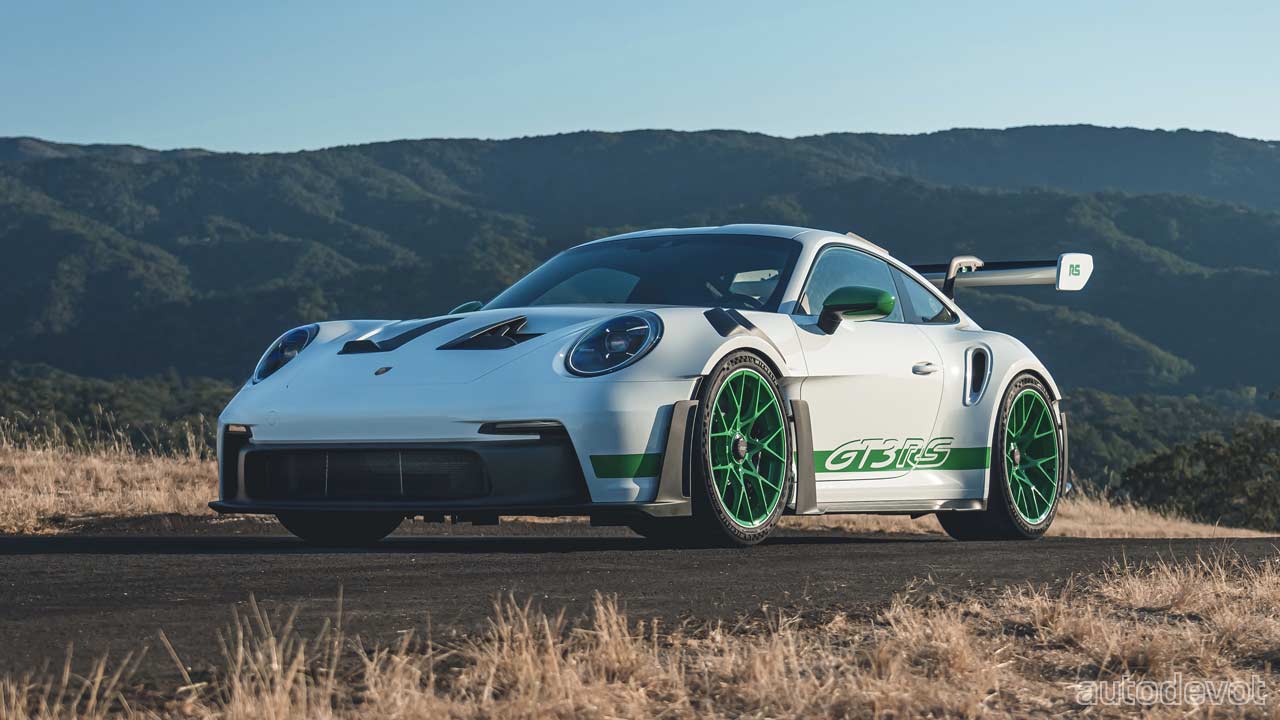 One of the special cars that made its public debut at this year’s Monterey Car Week was the 2023 Porsche 911 GT3 RS—wearing a special livery paying homage to the 1972 911 Carrera RS 2.7. The tribute car was customized by Porsche’s GT division in collaboration with the Porsche design team—officially known as ‘Style Porsche’. 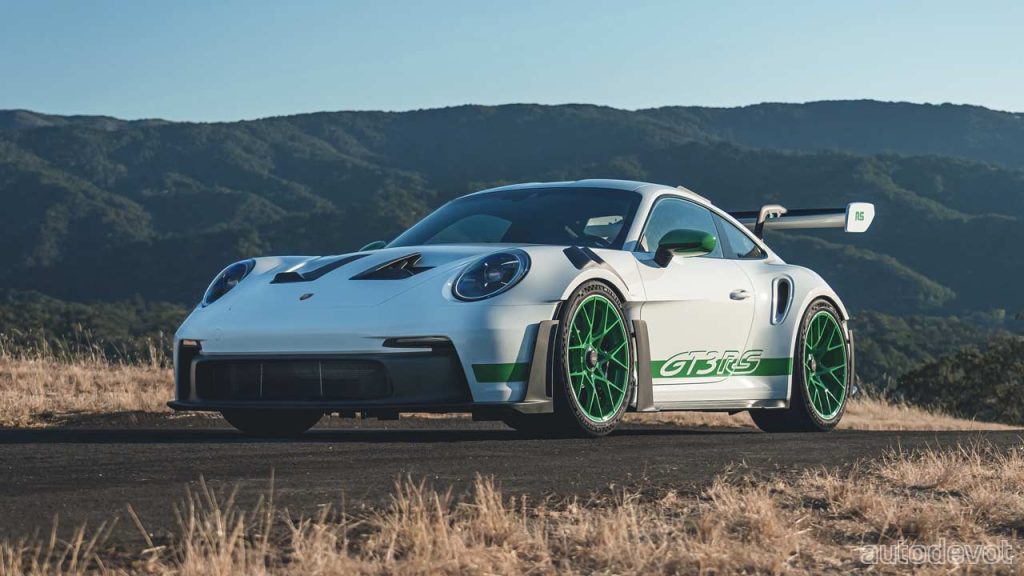 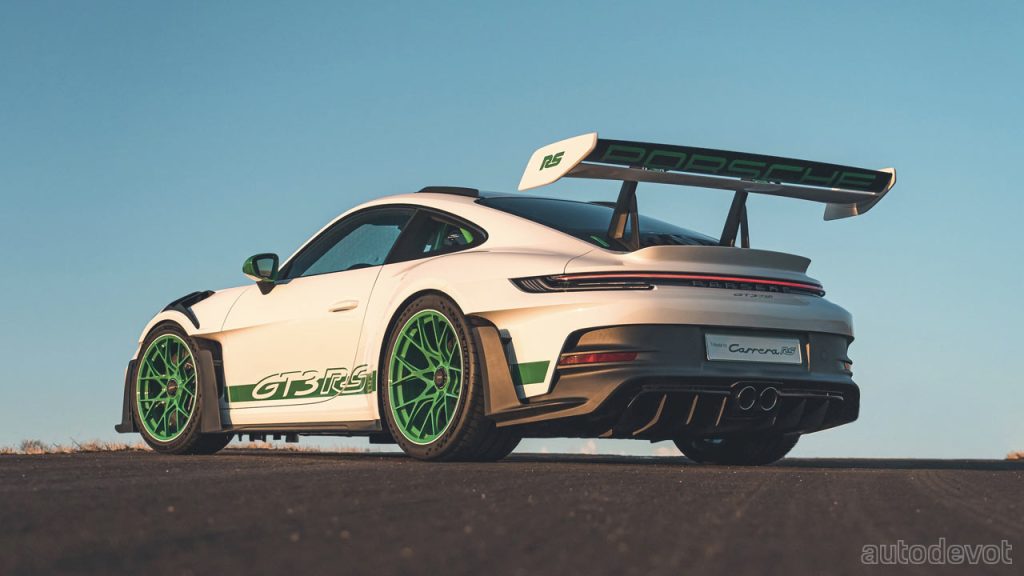 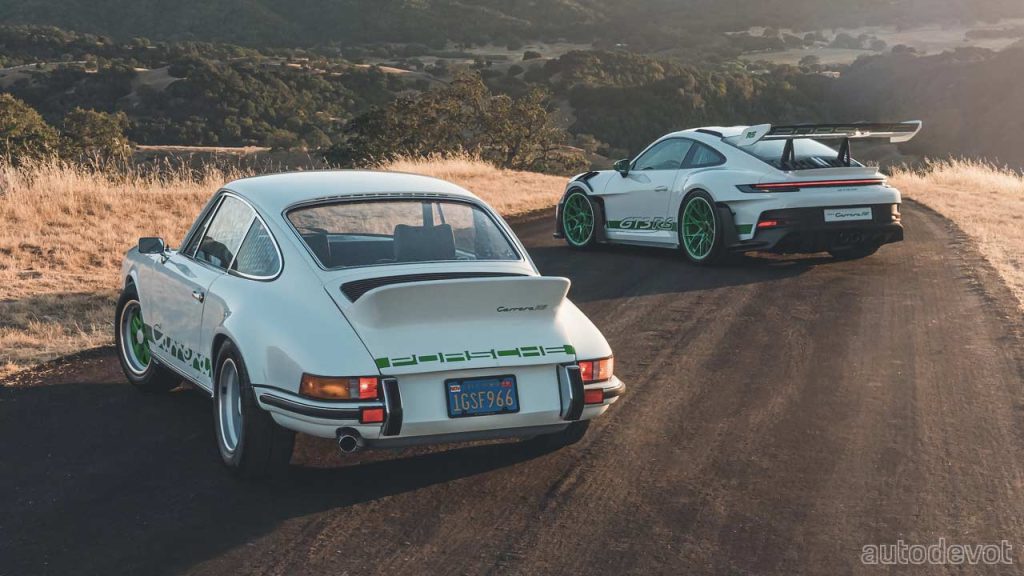 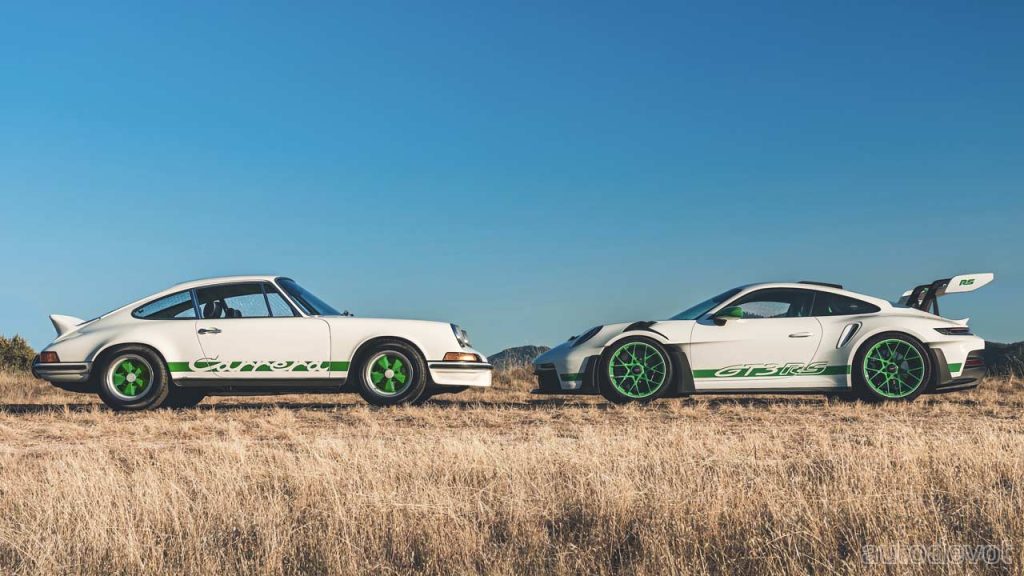 The tribute car is finished in a similar white and green theme as it was offered in the first-ever RS model back in 1972. The body is finished in a non-metallic white, contrasted with Python Green side stripes, mirror caps, forged aluminum wheels, and of course, model branding as well. 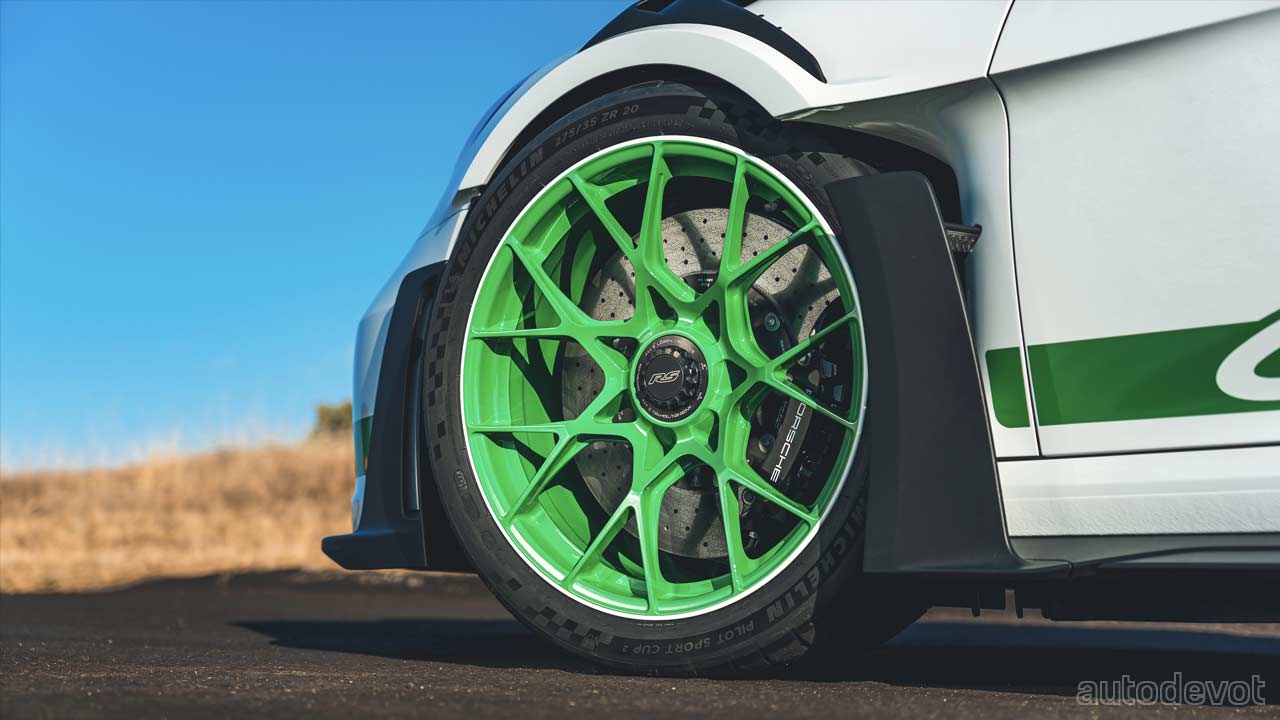 The wheels have white pinstriping. The headlights also feature a pinstripe ring in white, something that is not available in the normal list of factory-available options. But anyway, the livery will be available in limited numbers and only to U.S. customers. The package is gonna be called the Tribute to Carrera RS Package. 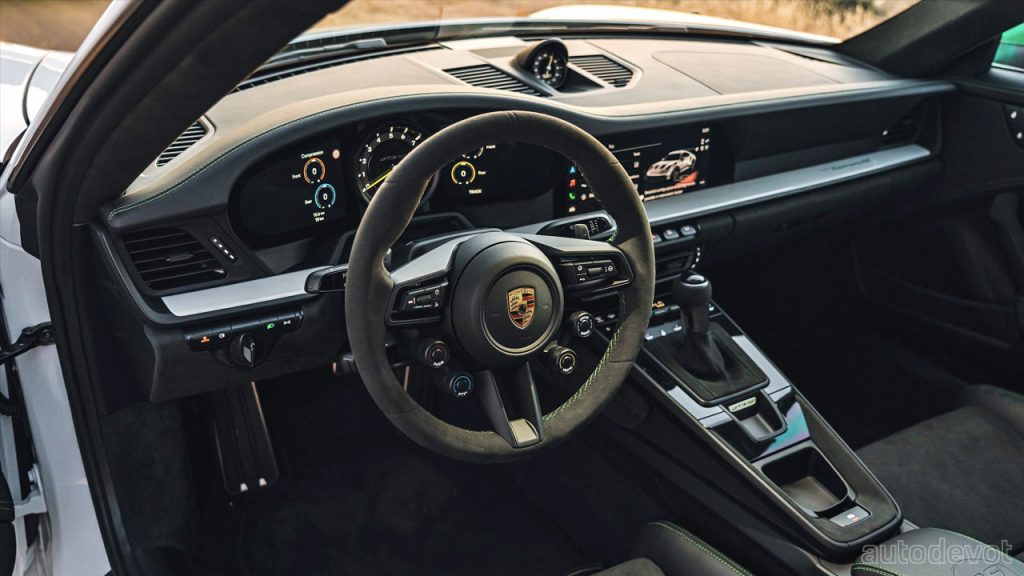 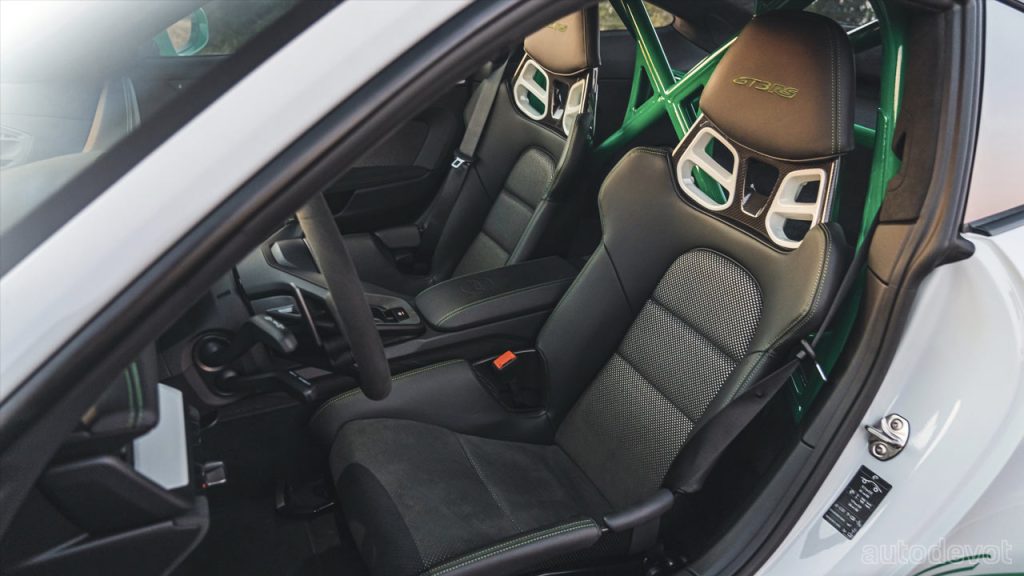 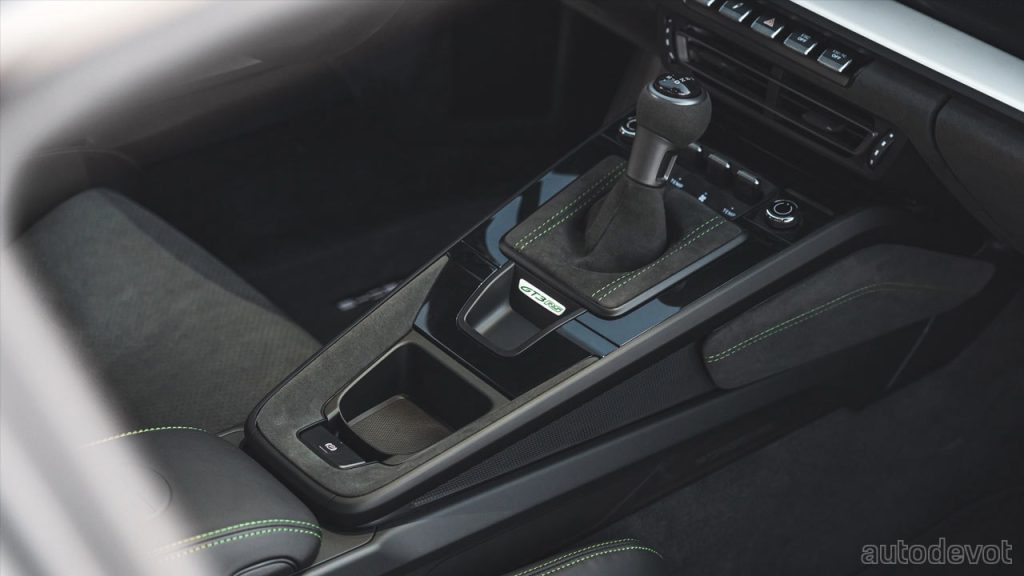 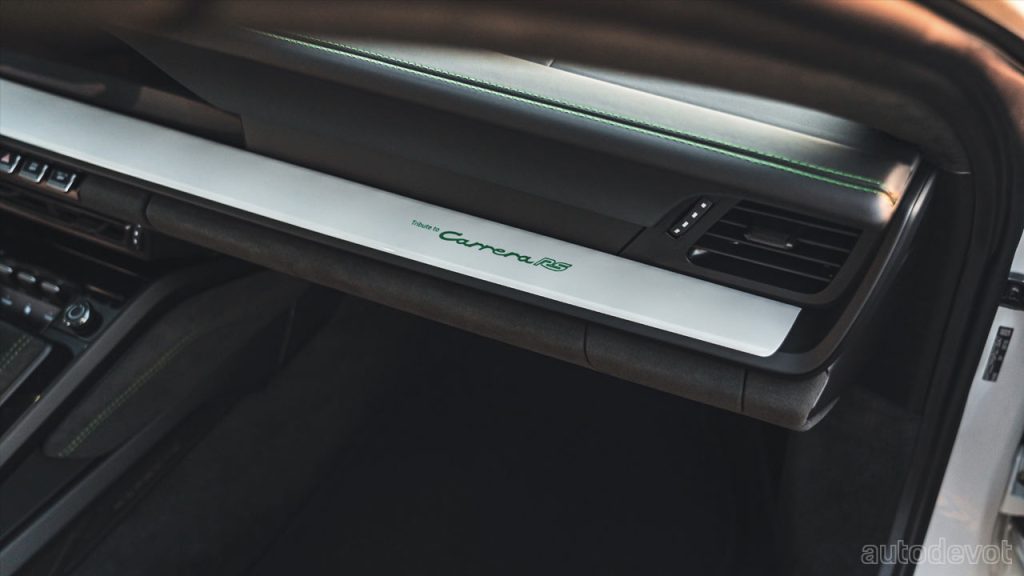 The same white and green theme is replicated on the inside with a green roll cage and contrast stitching. The door sills feature “Tribute to Carrera RS” branding, as does the passenger side of the dashboard.