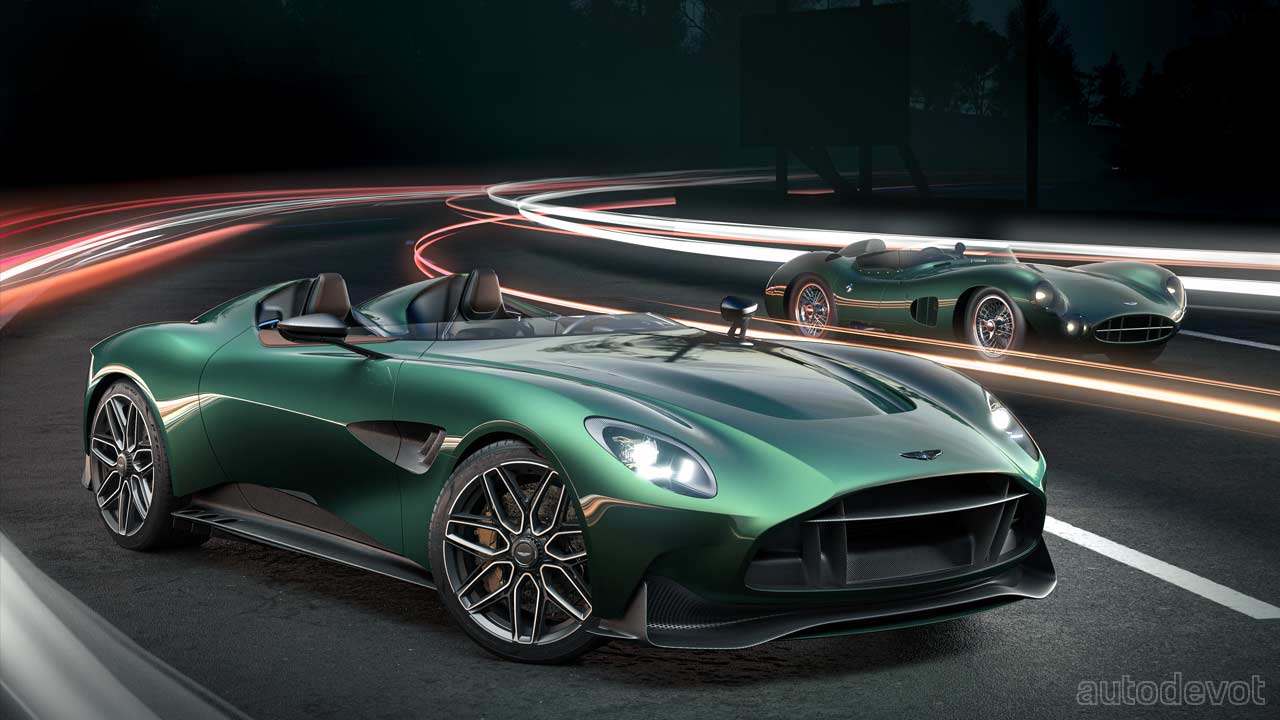 So, what is this? A new version of the V12 Speedster? Well, underneath that skin, it probably is the same thing, but Aston Martin classifies the DBR22 as a concept that celebrates the 10th anniversary of Q by Aston Martin, the marque’s bespoke division. The company didn’t share how many it is planning to build or what’s the plan with the DBR22 at all, but it appears that the plan is to get more bespoke coachbuilding commissions. One of Q division’s previous works includes the one-off Victor, which was a mixture of Vulcan, One-77 and Valkyrie. 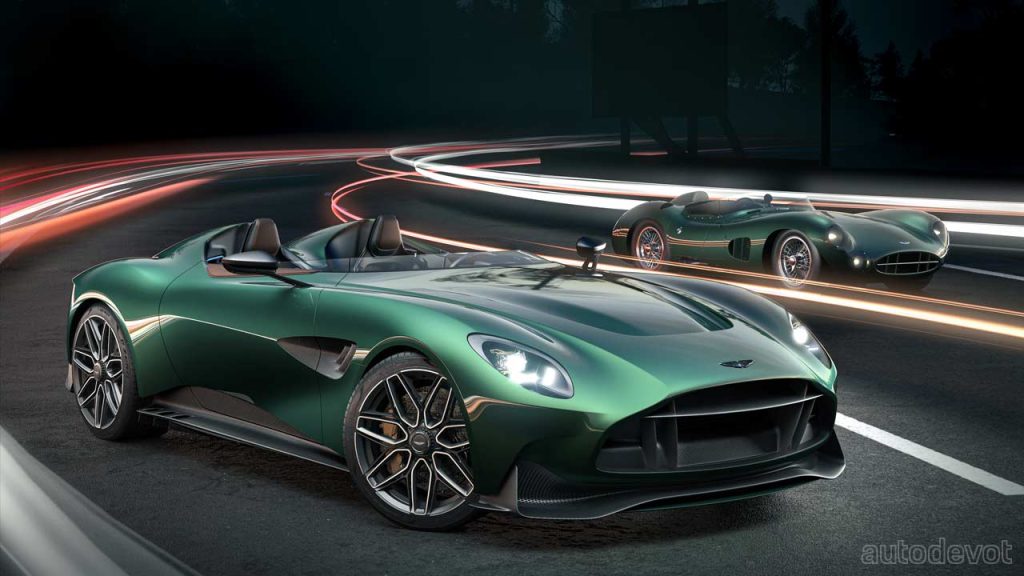 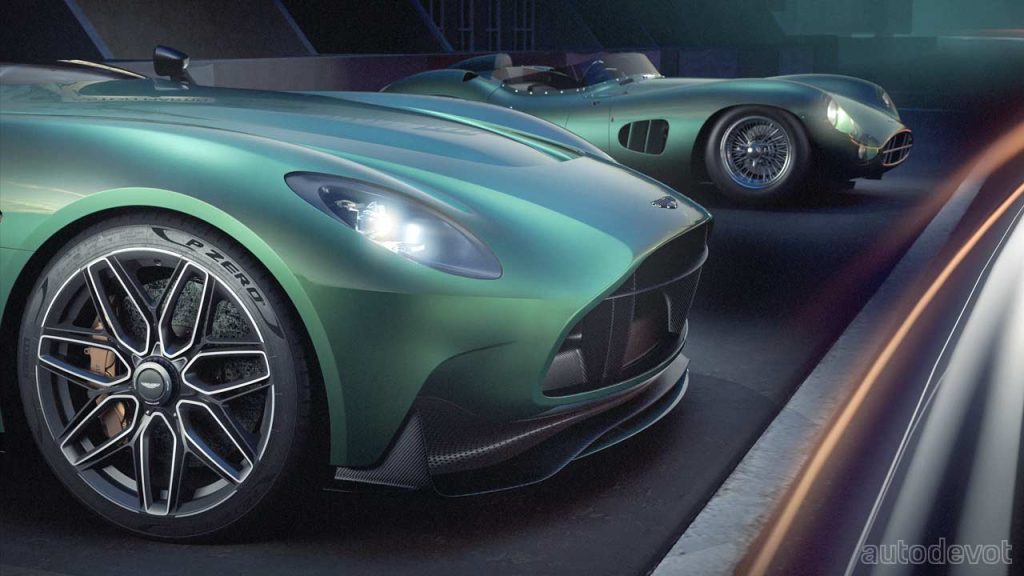 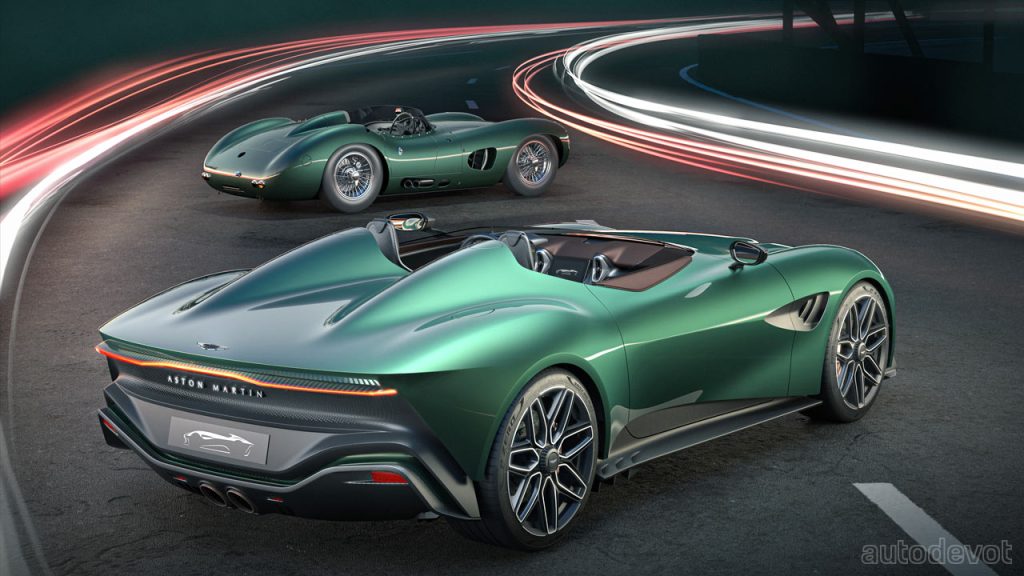 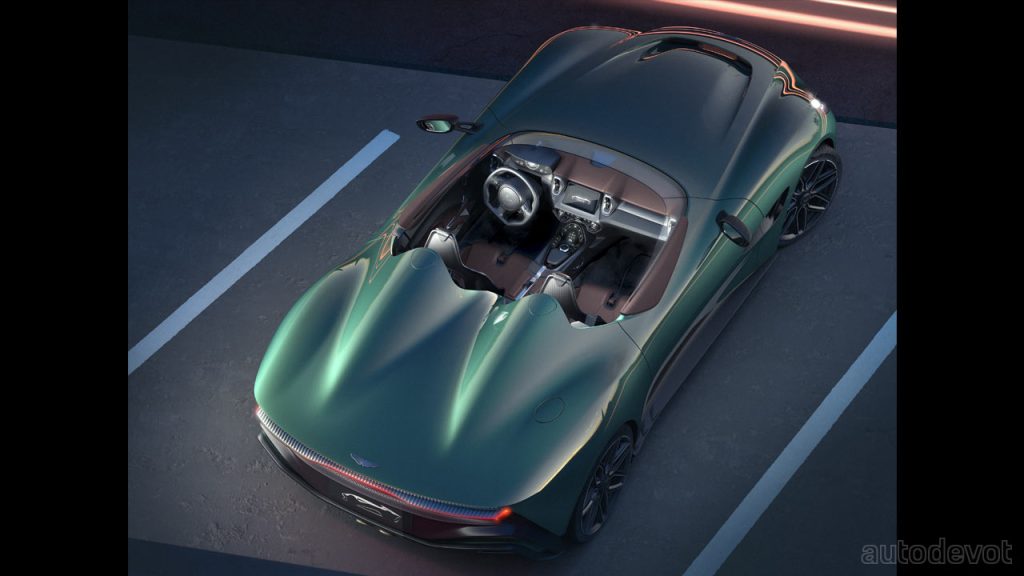 But anyway, the DBR22 concept takes inspiration from open-cockpit roadsters from the past such as the DBR1 and DB3S. The front fascia with that grille, for instance, is pretty much a modern iteration of the DBR1, as are the side outlets behind the front wheel arches. That horseshoe vent on the bonnet is a new addition, because you know, you gotta keep that 5.2-litre V12 biturbo lump underneath that at the right temperatures. The light bar at the rear is also a new addition, because you know, it’s a trend these days and not to mention, looks pretty cool. Beneath that light bar is a perforated panel to allow hot air to exit the tail. The concept rides on 21-inch 14-spoke alloy wheels with a motorsport-derived centre-lock hub. 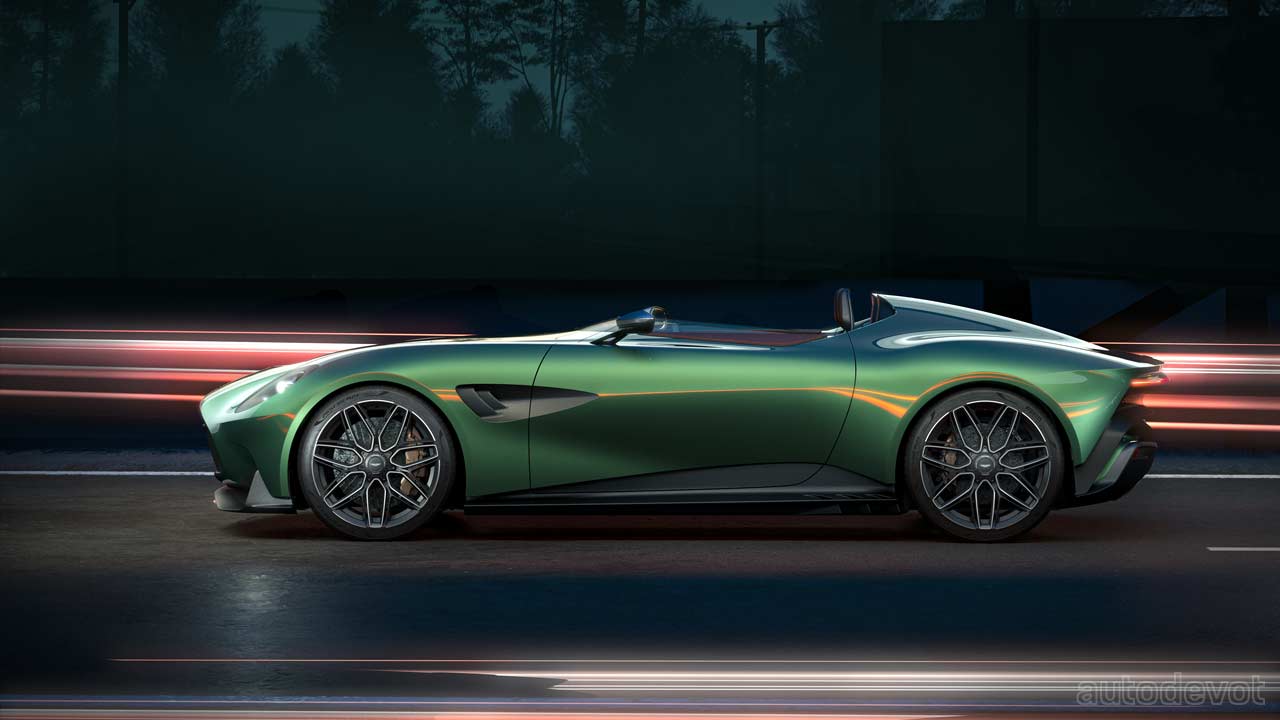 Underneath the skin, the rear subframe is 3D-printed, which is a first-time for Aston Martin. The component is made from multiple 3D printed parts printed from aluminium, which are then bonded to form the finished subframe. Besides offering significant weight savings, the method is said to not lose any stiffness, plus the ability to make special parts for ultra-low volume models. Other highlights include unique front and rear shear panels that further increase torsional rigidity, and a bespoke calibration for the adaptive dampers. 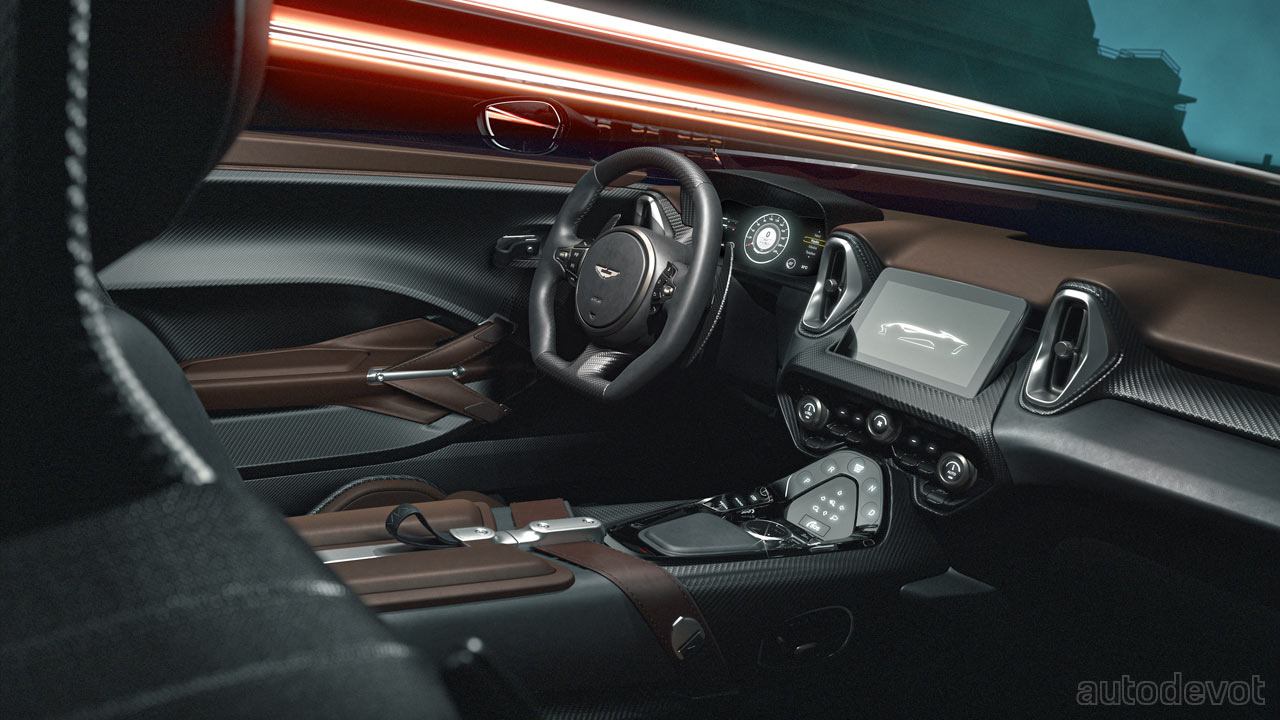 The cockpit is a classic marriage of both leather and exposed carbon fibre. Other than the materials, the rest of the dashboard looks pretty much the same as that of the V12 Speedster.