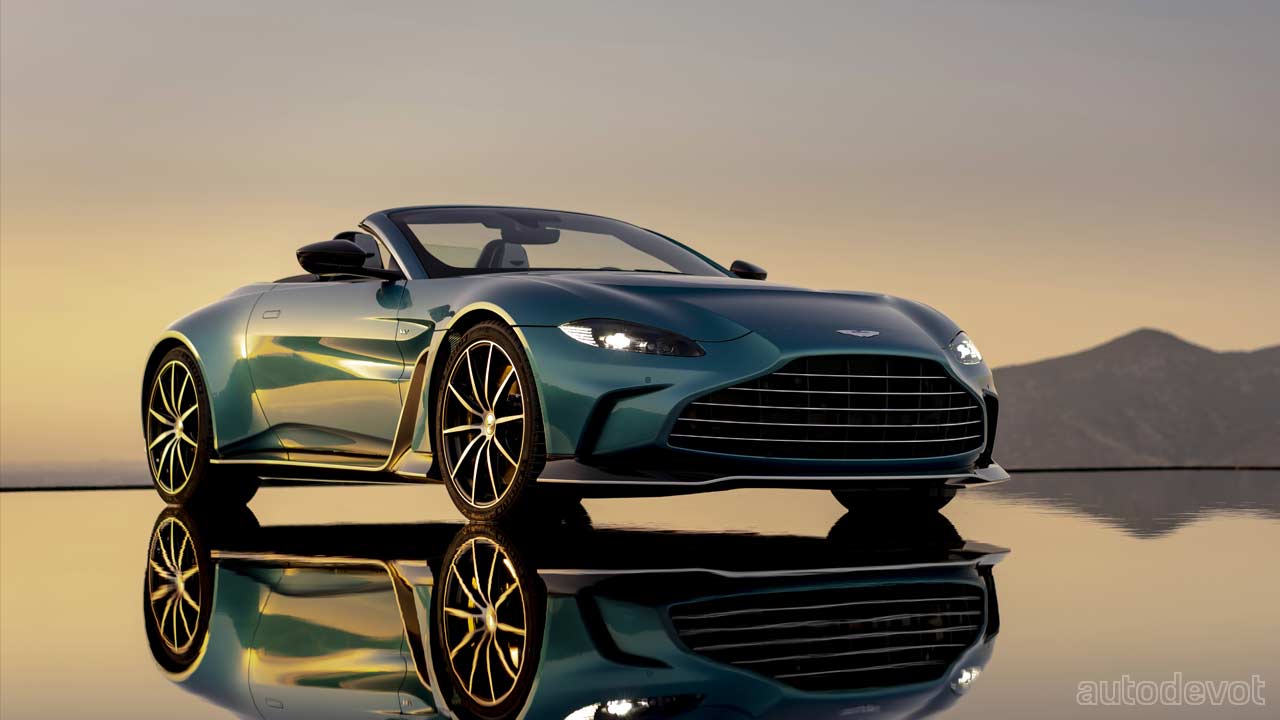 As you might have noticed, carmakers are bidding goodbyes to their large engines with special editions. The first one to go is, of course, the W16 quad-turbo engine with the Bugatti Mistral. The V12’s and V10’s days are numbered too; let’s see how many more months/years the Huracans and R8s are gonna keep coming. The V8 is probably gonna stick around for a few more years before the V6 and straight-six engines become the “ultimate” when it comes to displacement. The situation is no different at the house of Aston Martin. Earlier this year, the company revealed the V12 Vantage as a limited edition send-off model. Now though, it’s time for a roadster version. 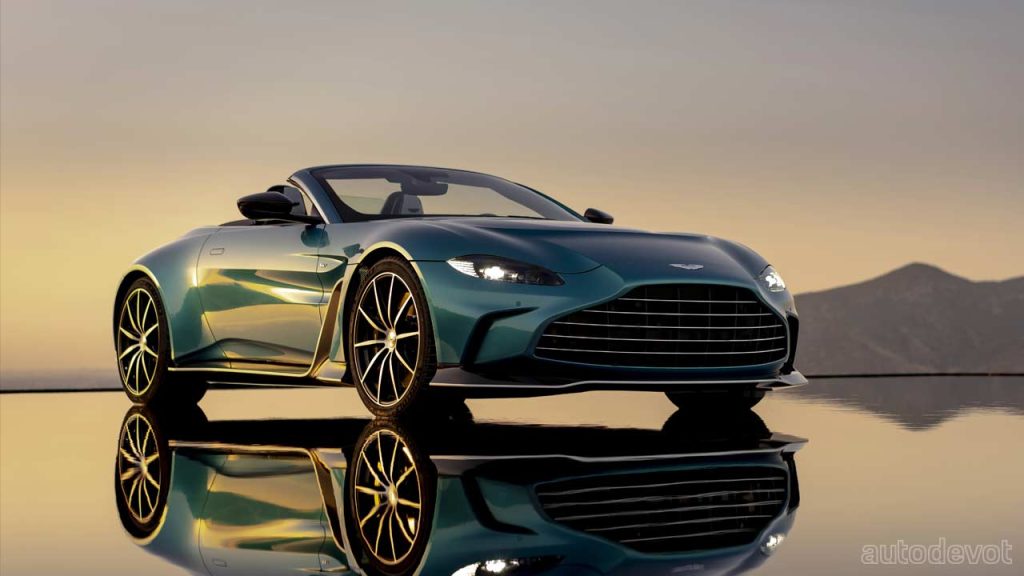 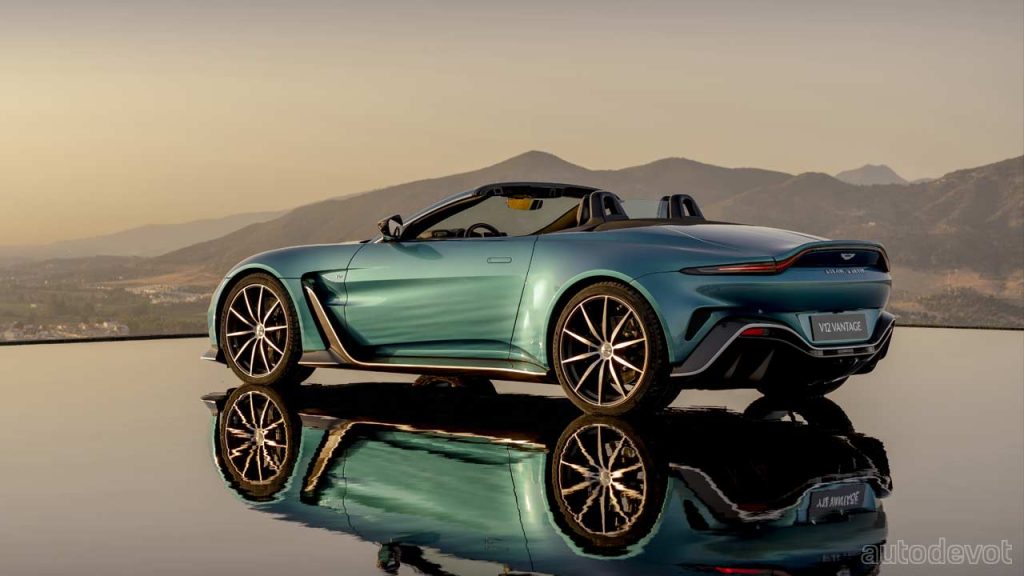 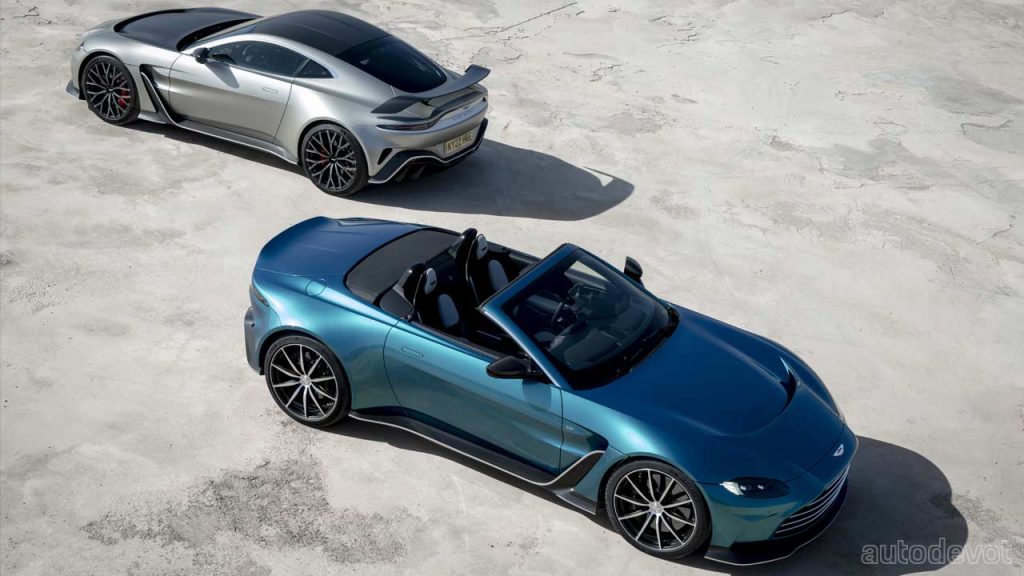 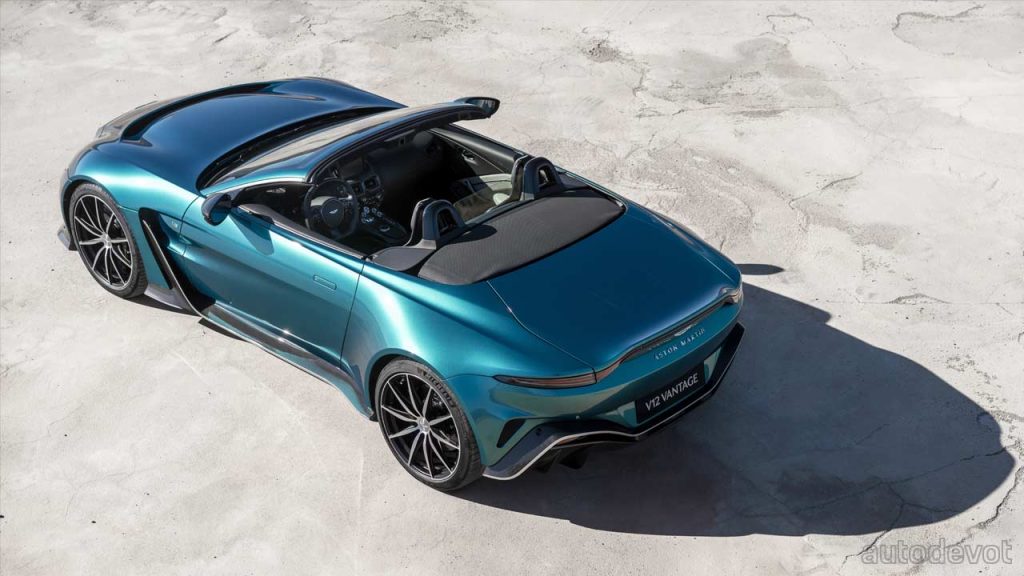 The V12 Vantage Roadster will be limited to 249 units globally, which are 84 units less than the coupe version, but as you might have guessed, all units are sold out. Deliveries are expected to commence sometime during Q4 2022. But anyway, besides the obvious, another big difference you might have noticed between the two is the lack of a rear wing in the Roadster. But the order holders no need to be disappointed, because if you want it anyway, it is optionally available. Kerb weight of the Roadster is claimed to be up by only 60 kg (132 lbs) to 1,855 kg (4,089.5 lbs), thanks to the roof mechanism and additional stiffness bits required for open-top motoring. 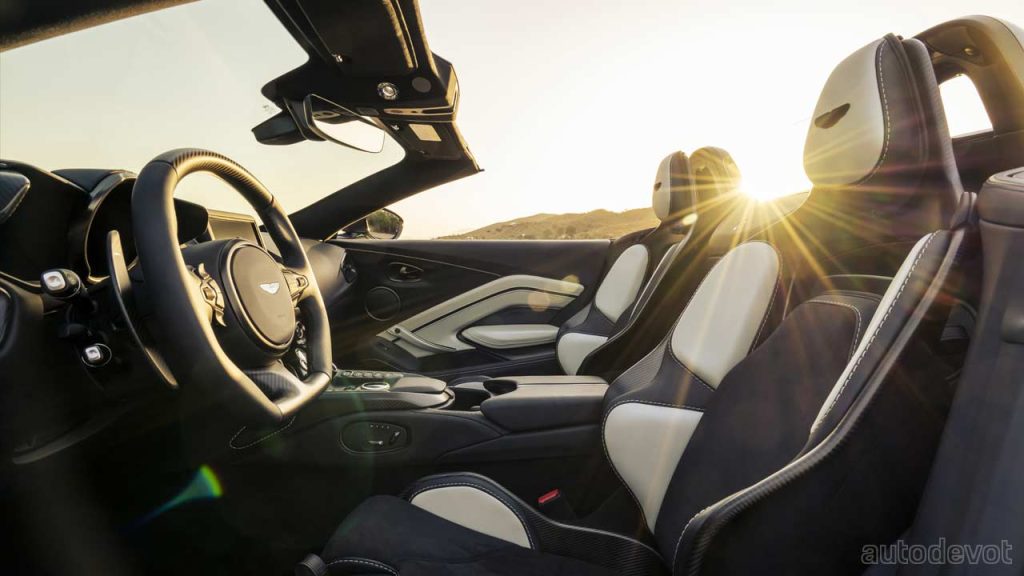 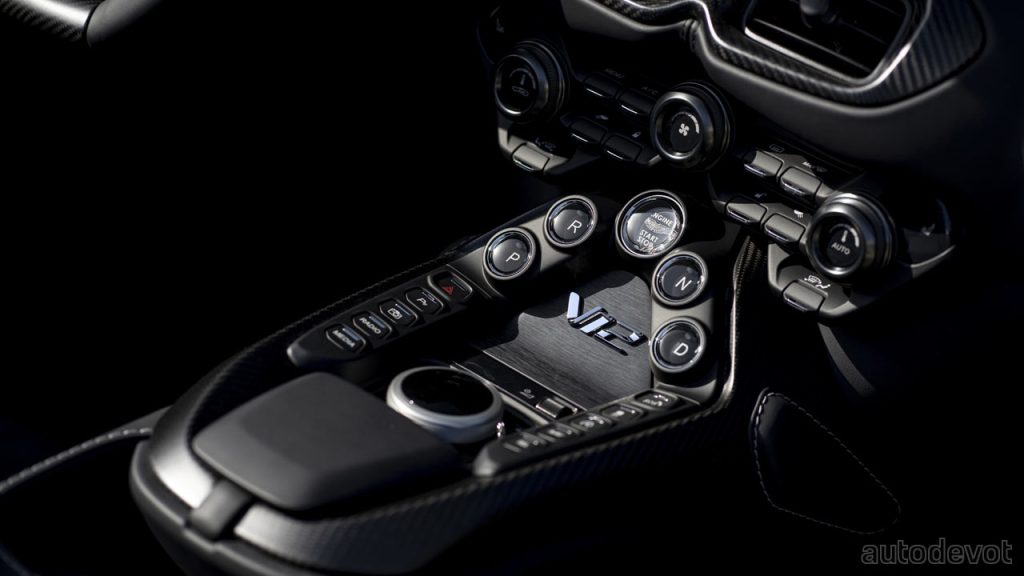