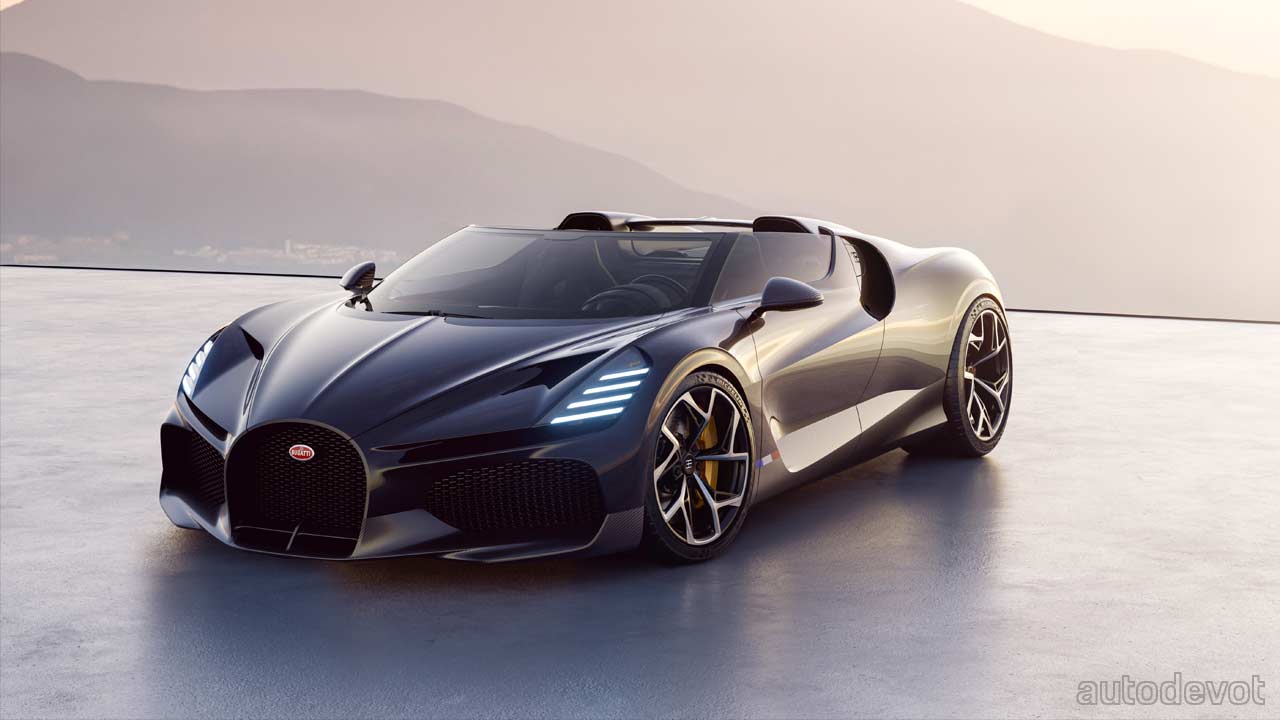 As detailed in our previous story, the time has (almost) arrived for the famous Bugatti W16 quad-turbo engine to join the history books as one of the greatest automotive engines ever produced. But before that, it’s gonna power yet another special Bugatti called the Bugatti W16 Mistral, and as you can probably tell, it’s a roadster! Only 99 units will be built, and you guessed it, they’re all sold out. Each unit carries a price tag of €5 million net (INR 40.11 crore). Deliveries are scheduled to commence sometime in 2024. 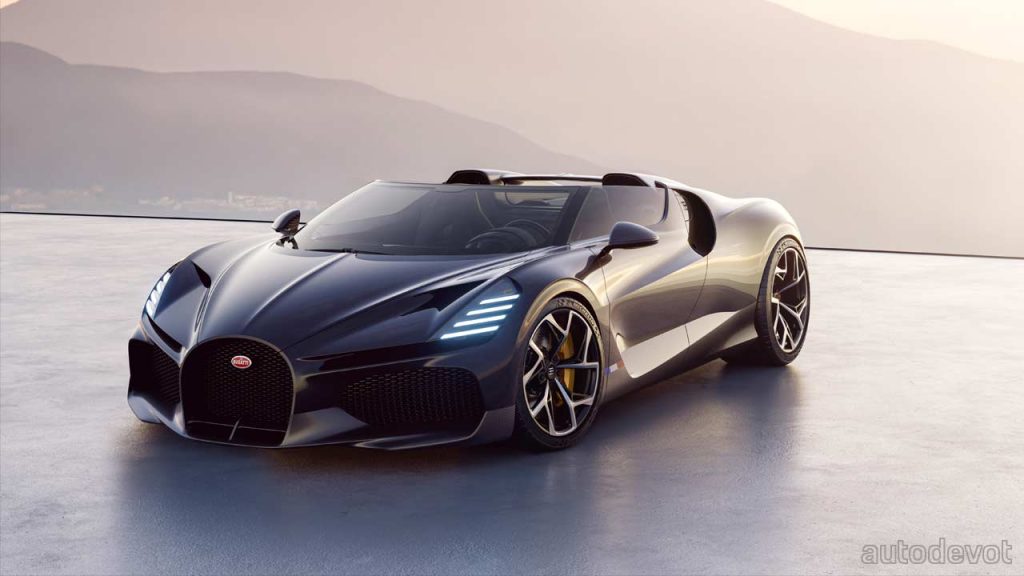 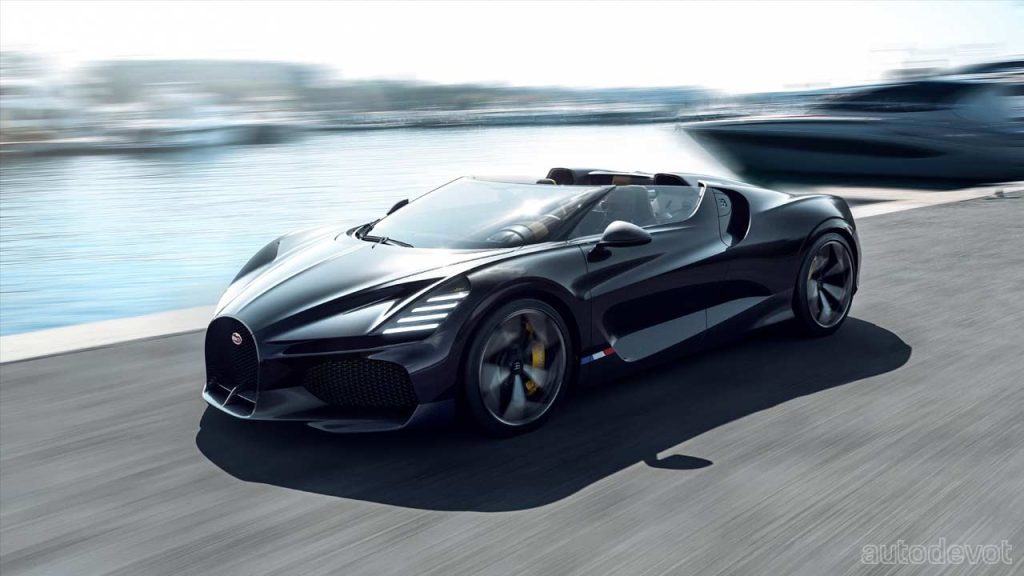 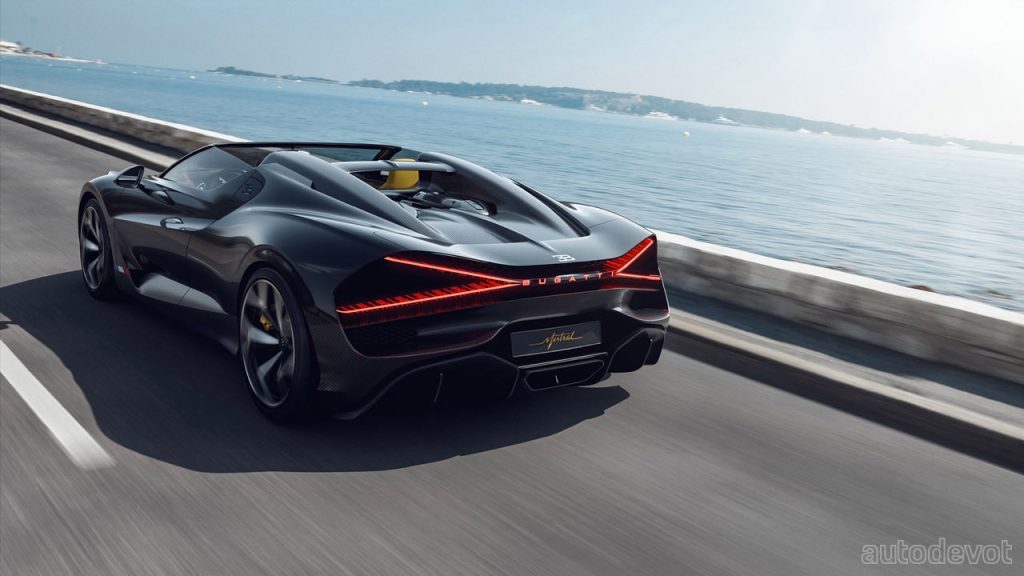 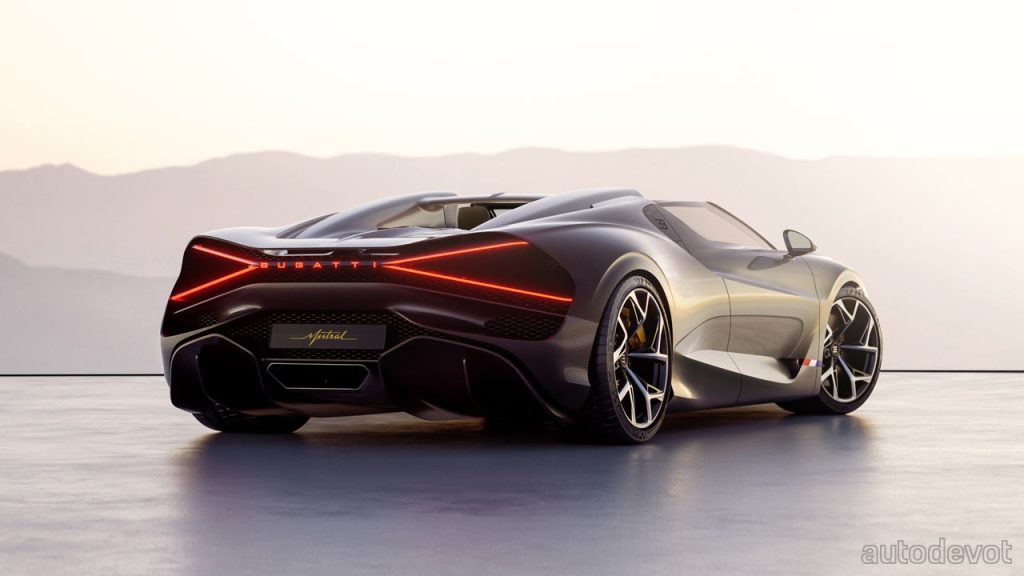 The name ‘Mistral’ comes from a cold wind that apparently blows from the Rhône River valley, through the chic towns of the Côte d’Azur in southern France and into the Mediterranean. Probably not something you’re interested to know. I mean, what else you’d expect from an open-top roadster other than the wind? What you might be interested in knowing, however, is that the W16 Mistral borrows some of its styling cues not only from the Divo, the La Voiture Noire and the Bolide, but also from the 1934 Bugatti Type 57 Roadster Grand Raid. Those two roof-mounted air scoops are a nod to the Grand Raid. 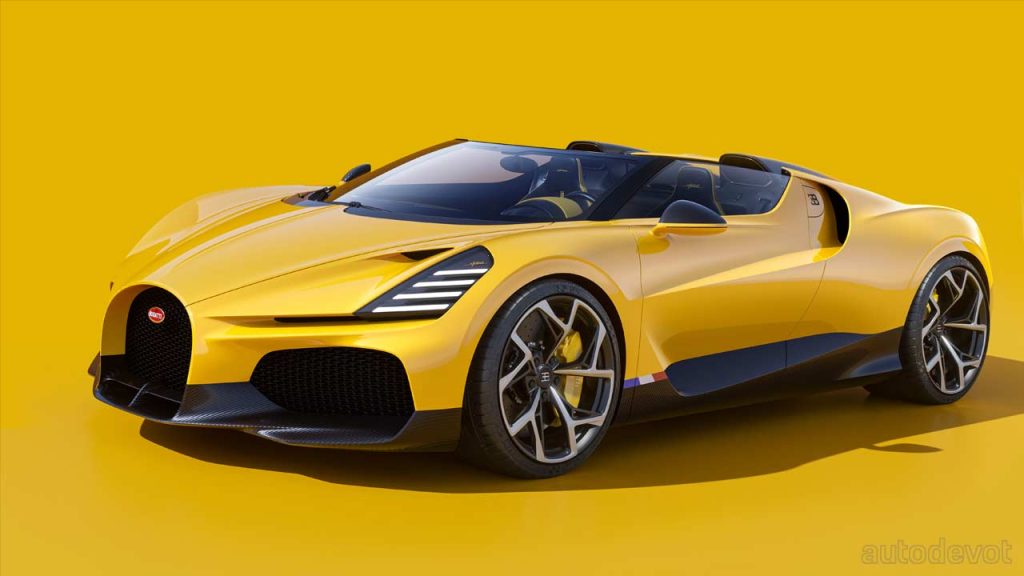 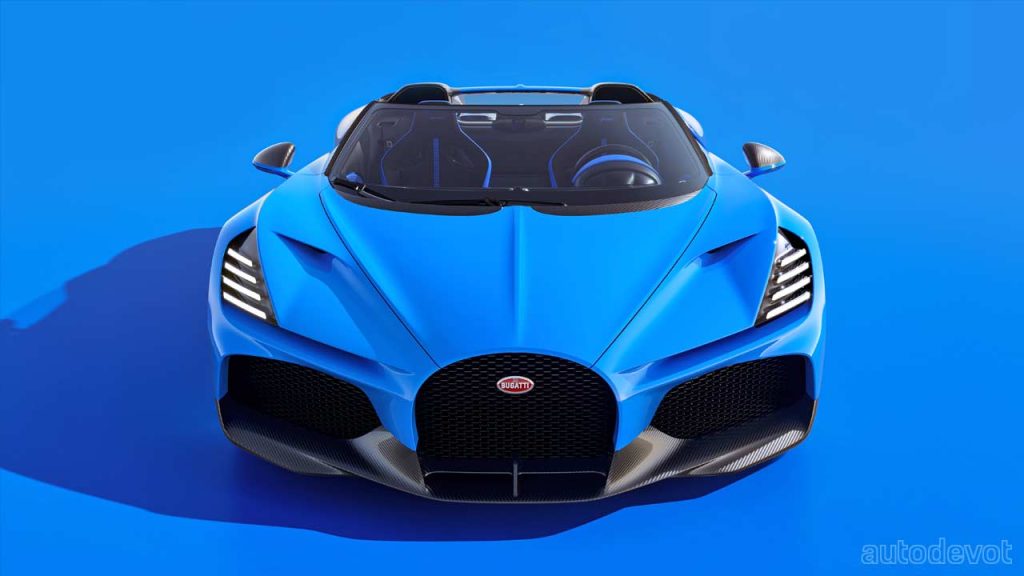 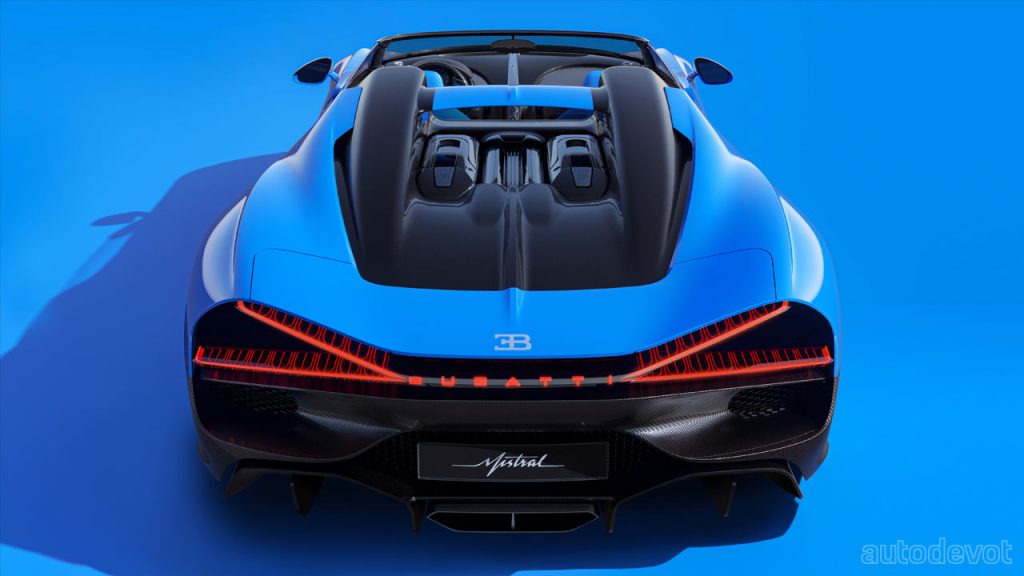 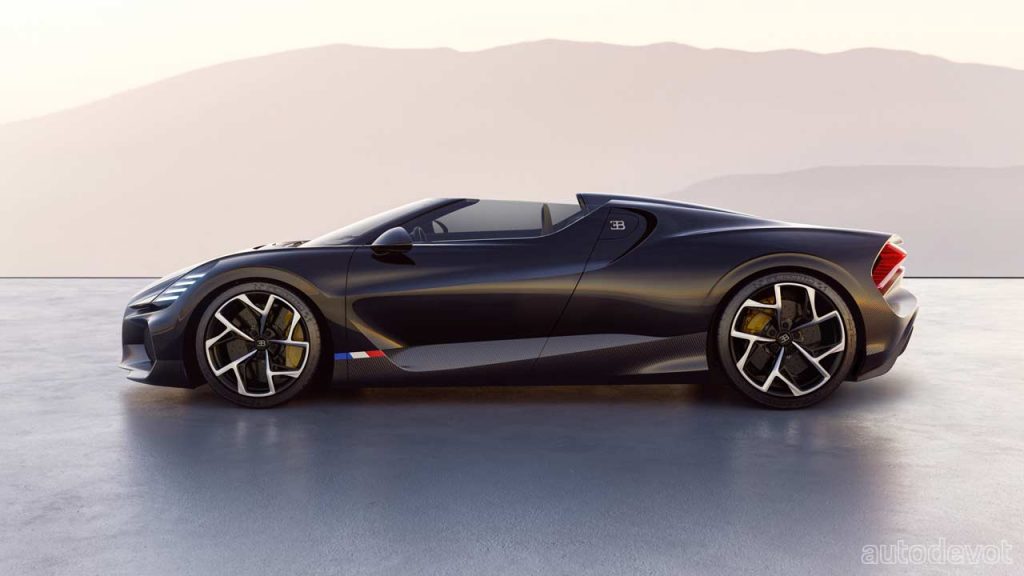 The curved windscreen + side windows form a visor-like design, which is a modern take on the Grand Raid’s V-shaped windscreen. The two-tone colors are also inspired by those on the Type 57 Roadster Grand Raid.

The headlights themselves are intricately shaped, incorporating a four-light signature that subtly nods to the W16 Mistral’s four-wheel-drive and four turbochargers. But their 3D surface also functions as an aerodynamic aid that funnels air through the light and out through the wheel arch to improve aerodynamic drag. The wider horseshoe grille allows the high-temperature engine radiator to be fully fed purely from one intake, leaving the two side intakes to focus only on providing air to the intercoolers.

The X-taillight, meanwhile, serves the function of venting the side oil coolers through ducts connecting the triangular negative space in between the X beams to the side radiators. Therefore, a pressure drop is created between the side intakes and the outlets at the back of the car, which helps to manage the mid-temperature cooling circuit of the mighty W16 most effectively. 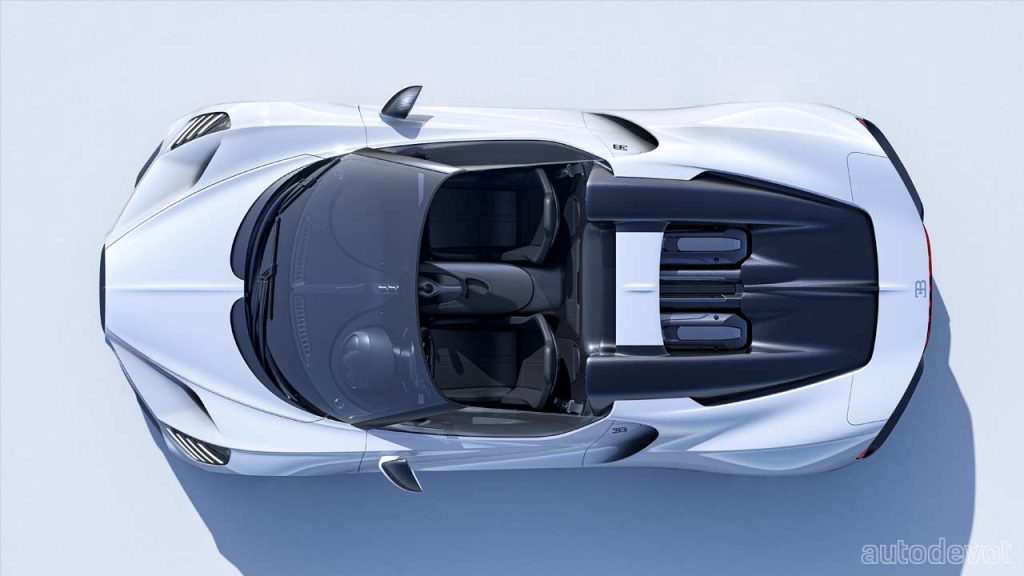 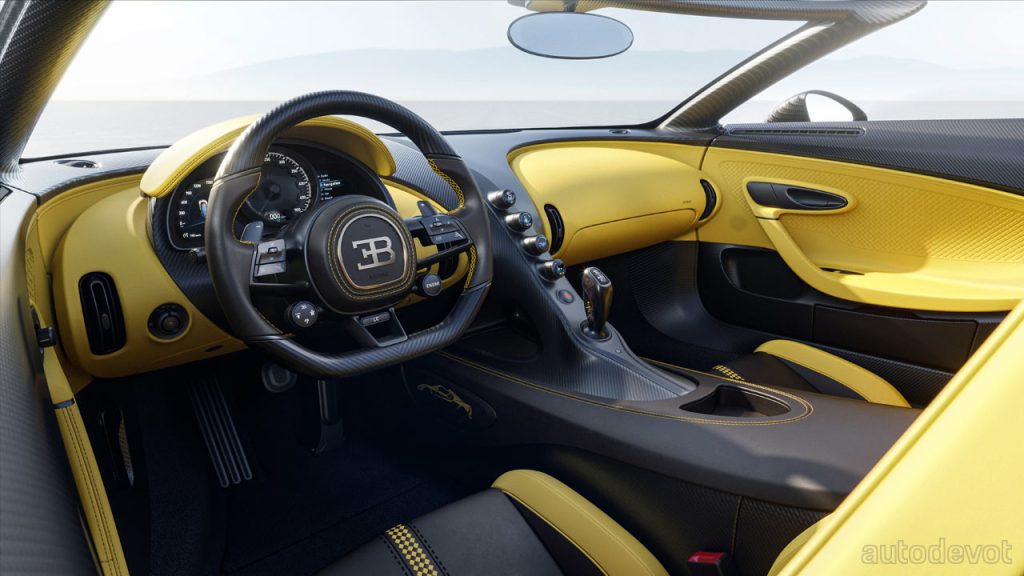 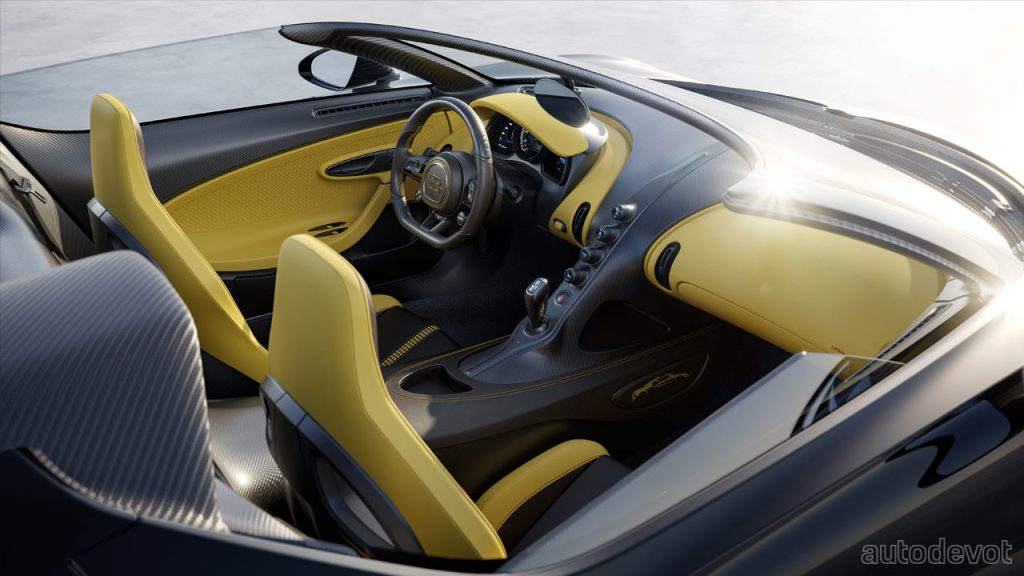 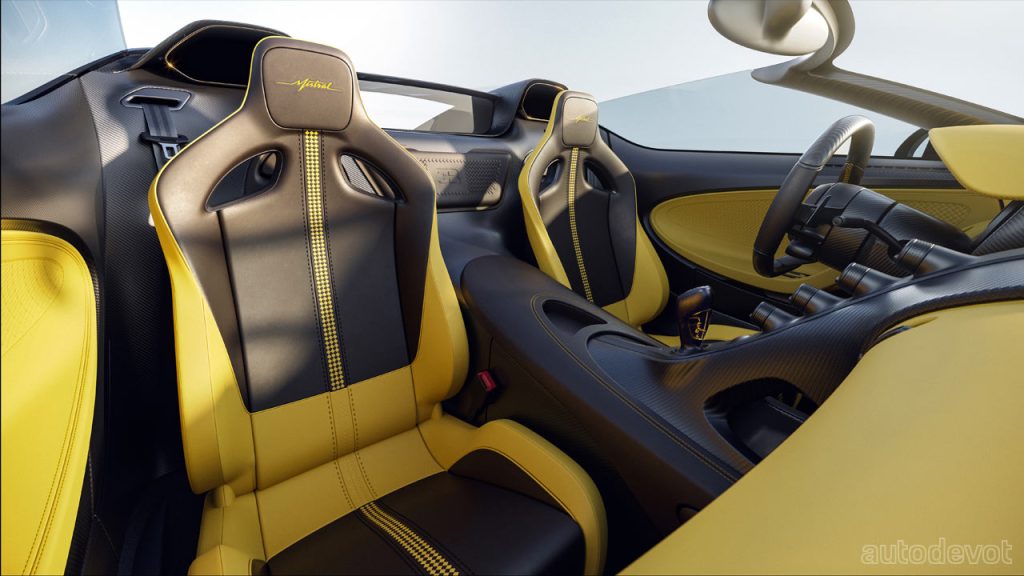 But the functional design highlights don’t end there. The new ram induction air scoops behind the headrests were developed with stringent rollover tests in mind, so each is made from a bespoke carbon fiber structure that can support the whole weight of the car in case of a rollover, the company said. This new intake layout also, of course, adds to the W16 sound drama, especially the blow-off valve whistle from the four turbochargers at throttle lift.