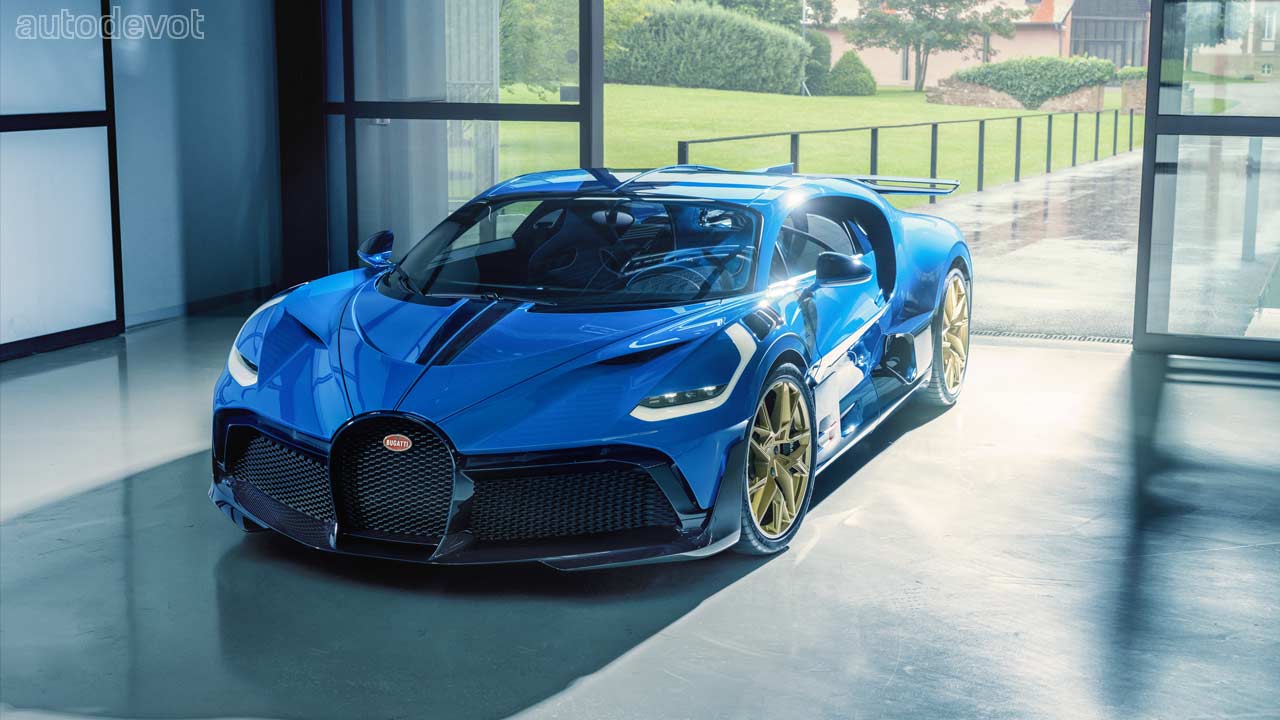 That’s right, Bugatti is done building all 40 units of Divo and the final car is being handed over to a customer in Europe itself. The Divo made its debut in 2018 at The Quail – A Motorsports Gathering in California, as a wild Chiron that craves corners. None of the other 39 Divos are identical (visually) and neither is this final one. 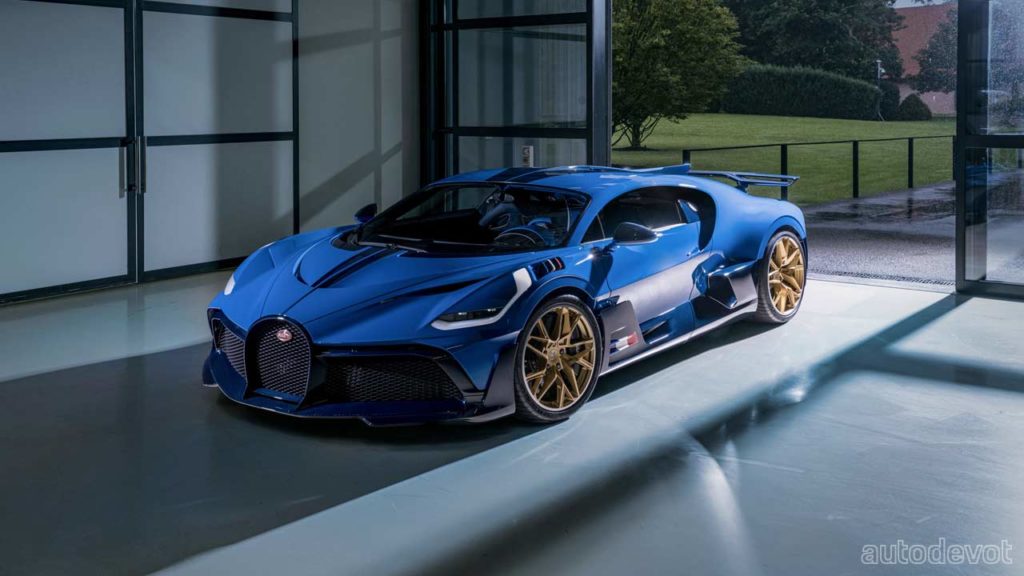 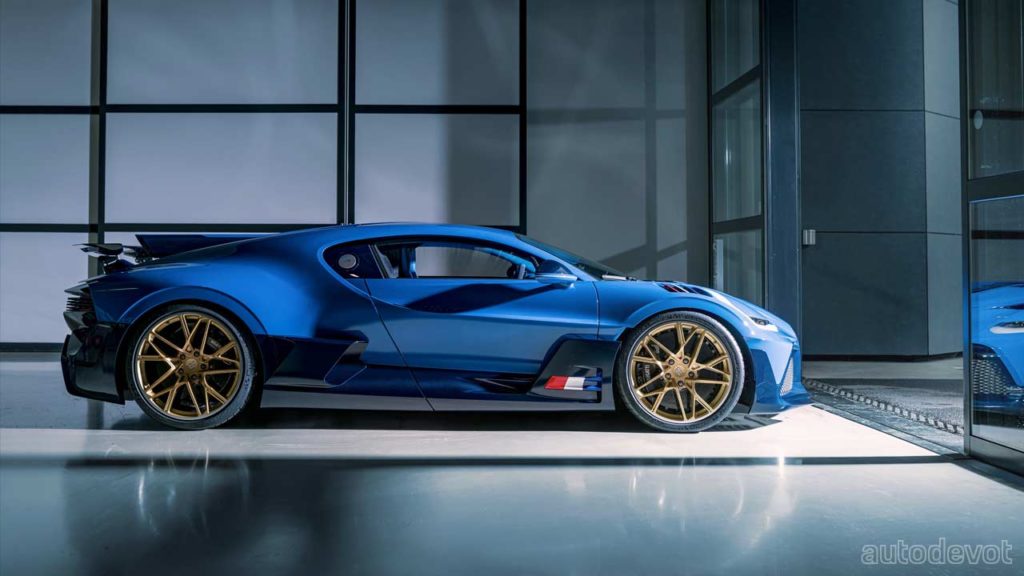 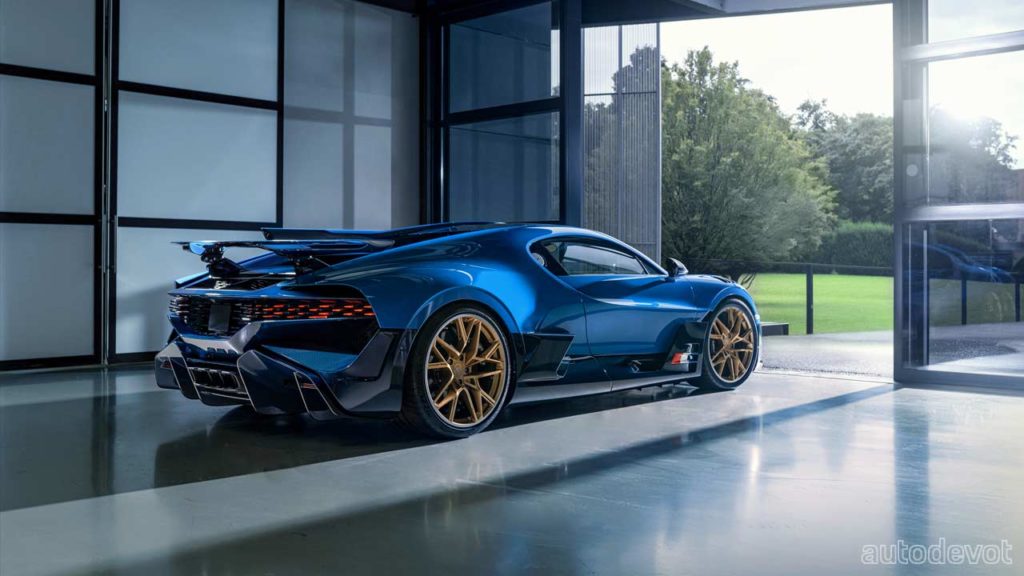 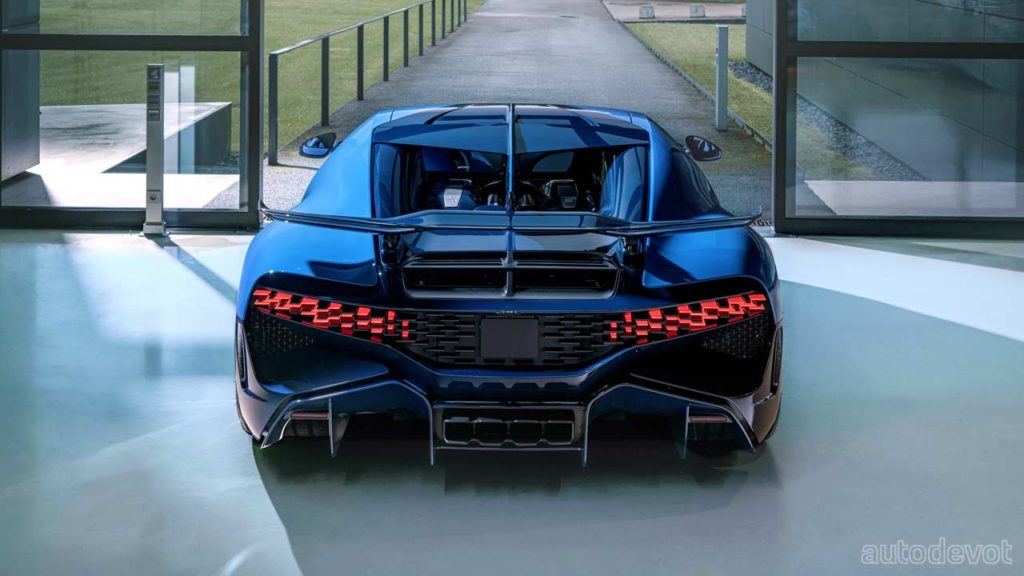 Speaking of which, the primary color on the exterior is called Bugatti EB 110 LM Blue, which is a homage to Bugatti’s last Le Mans factory race car. The remaining, exposed carbon bits are tinted dark blue, adding the necessary contrast. In fact, the paint job reminds me of the Bugatti Vision Gran Turismo. Also, notice the French flag on those fins behind the front wheels, which is probably one of the very few identical styling elements on all Divos. 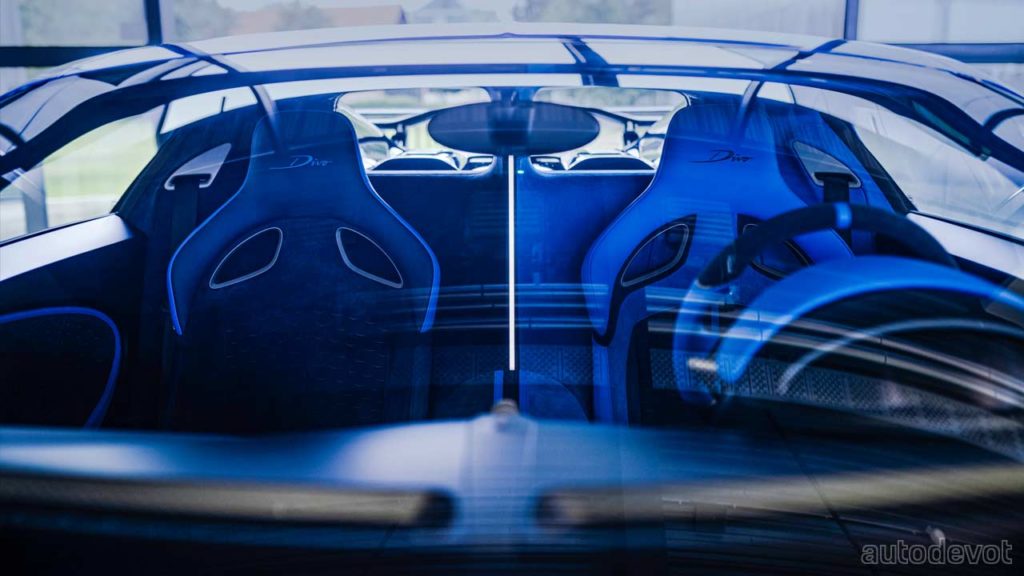 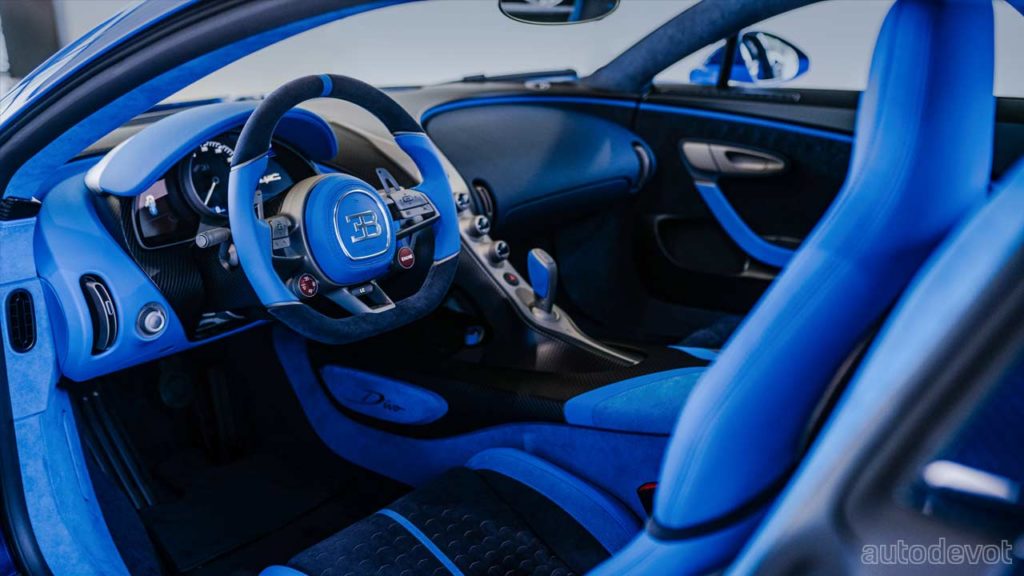 Anyway, the cockpit is finished in a similar two-tone theme with French Racing Blue and Deep Blue colors. Although based on Chiron, the Divo has some significant differences besides the way it looks, such as weighing 35 kg (77 lbs) less and generating 90 kg (198 lbs) more downforce than the standard Chiron. Read more here.