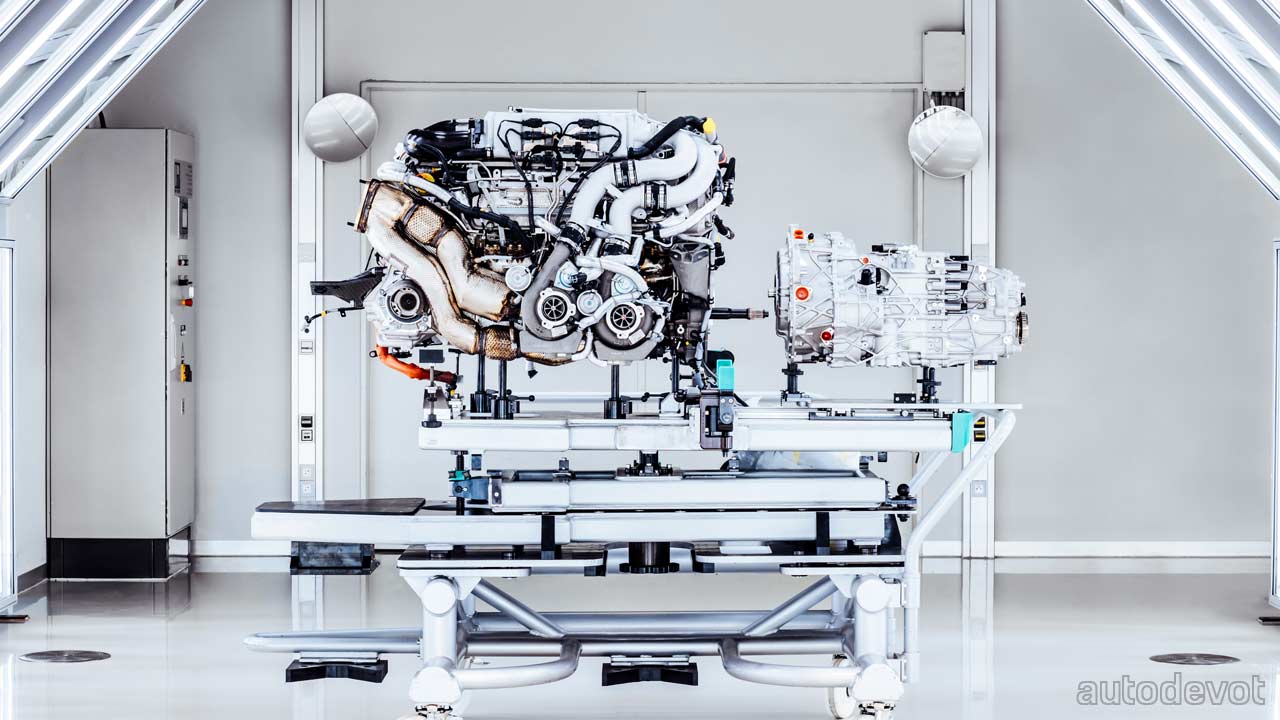 As you might know, the internal combustion engine, or ‘ICE’ for short, is slowly joining history books, and it’s no exception for one of the world’s greatest engines ever produced. I mean, there’s a reason why the new company Bugatti Rimac came into existence last year; the next new Bugatti is most likely going to be all-electric, or maybe a hybrid; I’m not entirely sure at this moment. But the point is, the end has almost come for the famous, glorious, 8.0L W16 quad-turbo engine, and here’s a look back at how a sketch was turned into an engineering masterpiece.

The story dates back to 1997 when Ferdinand Karl Piëch (1937-2019), Chairman of the Board of Management of Volkswagen AG at the time, presented VW’s Head of Engine Development Karl-Heinz Neumann with an idea of an engine with 18 cylinders, drawn on an envelope while traveling on the Shinkansen high-speed train from Tokyo to Osaka. However, both eventually realized that 18 cylinders is a crazy idea and the sketch would subsequently be modified to 16 cylinders, not that 16 is not a crazy number, but rather a fitting homage to the 16-cylinder engine developed by Ettore Bugatti himself.

The engineers took Piëch’s idea sketched on an envelope and decided to make it into a reality, targeting a size no bigger than a V12 with a weight of around 400 kg (882 lbs). It was going to be an engine with a unique ‘W’ configuration, and ultimately became the only known 16-cylinder engine in the world to be used in a road car in the recent era. 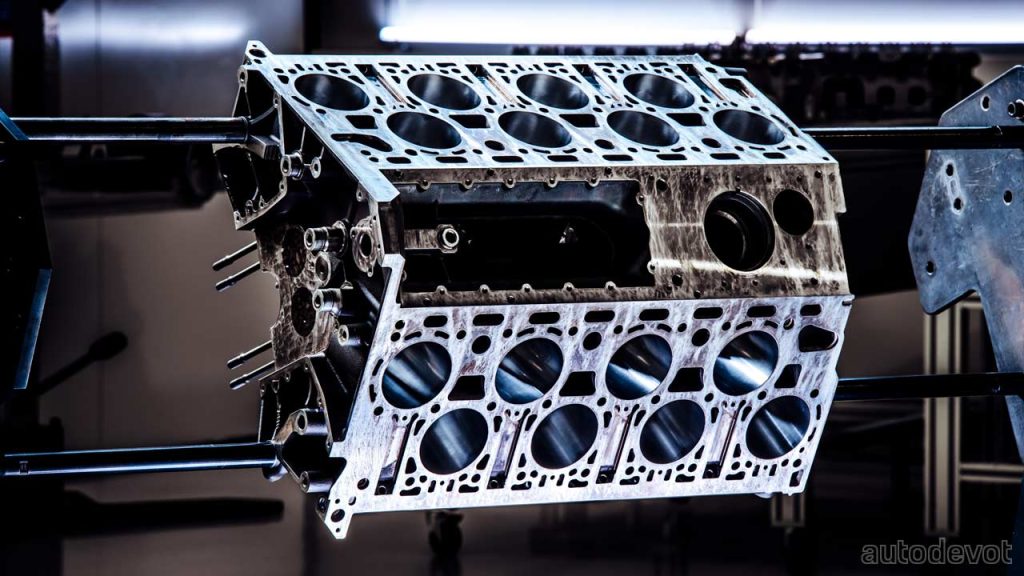 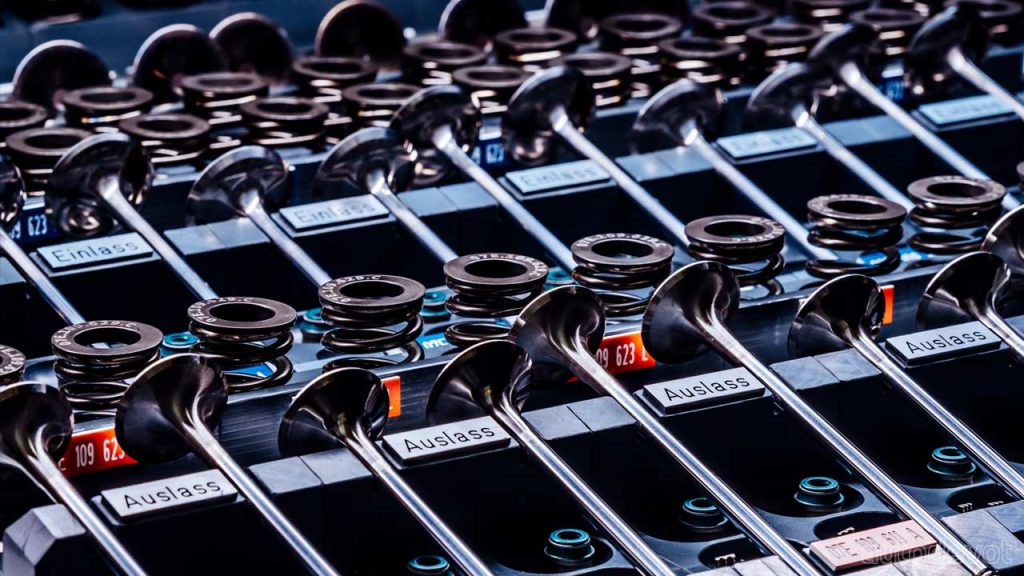 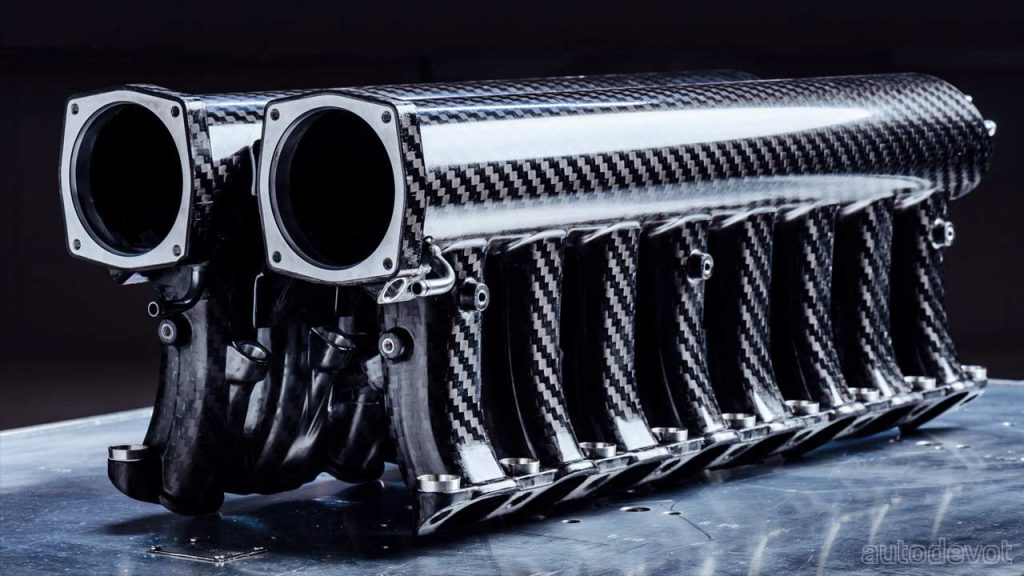 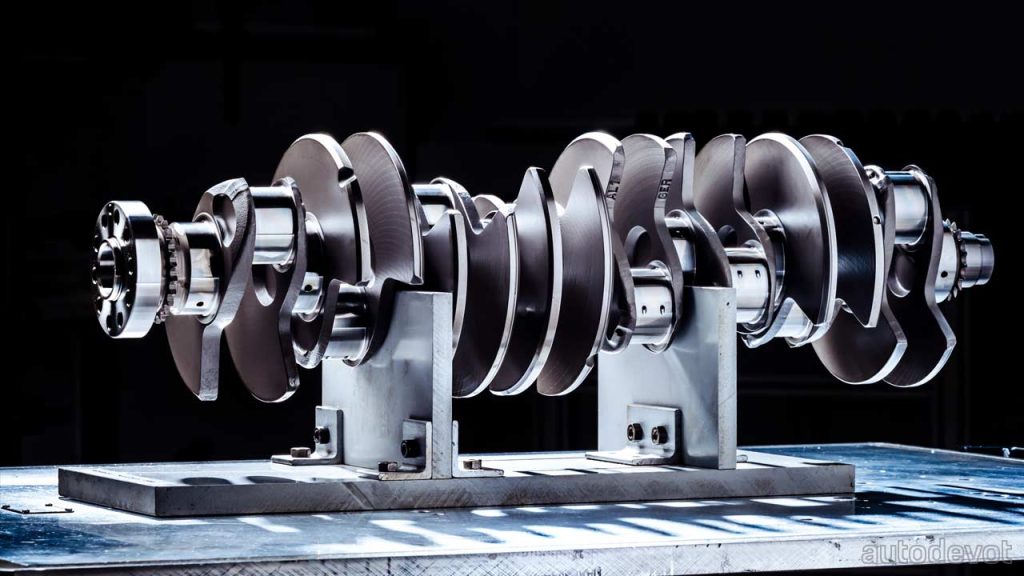 Two eight-cylinder blocks are set at an angle of 90 degrees to one another, boosted by four exhaust gas turbochargers. But the challenges Neumann and his team faced in transforming the W16 into a reality were immense.

“Back then, there was no literature or empirical data for production engines with more than twelve cylinders or for production vehicles that could go faster than 350 km/h (217.5 mph),” recalls Neumann. “One thing proved to be a particular headache—the car had to stay grounded, its power had to stay on the road—which isn’t easy at these speeds. But proving that it was possible to construct an engine that could deliver this was incredibly cool. There was a real sense of fulfillment when the W16 was finally up and running.”

Development of the W16
Bringing the engine to life required more than 3,500 individual parts, each assembled by hand, and work monitored throughout by test computers. On its first-ever test in 2001, the quad-turbo engine achieved the required 736 kW/1,001 metric hp right off the bat. But such were the leaps in performance that traditional engine test bench and ventilation systems could not cope with the new W16; meaning, new systems had to be specially developed. There were also new requirements not previously asked of a production vehicle, such as proper channeling of the very hot exhaust gas. A titanium exhaust system on a scale not previously seen in the automotive sector was ultimately part of the solution.

With performance secured, the engineers turned their attention to smoothness and reliability. As a 16-cylinder setup naturally offers smooth running, detecting a misfire or knocking in the engine by traditional methods would be unreliable. Bugatti, therefore, developed Bugatti Ion Current Sensing (BIS) to monitor the ion current flowing at each spark plug. If the system detects knocking combustion or a misfire, the ignition timing is slowed, the cylinder deactivated, or the boost pressure reduced.

Absolutely crucial to the continued reliability of the W16 engine was its cooling system—as you would expect—and it was engineered on a scale never before seen in the automotive industry. A complex water-cooling system, featuring two water cycles, keeps the W16 within the required temperature range, even at extreme full loads. 40 liters of water flow through the high-temperature cycle with three coolers in the front end to keep the engine at its operating temperature. The low-temperature cycle with a separate water pump contains 15 liters of cooling water to bring the turbochargers’ heated charge air down by as much as 130 degrees in two heat exchangers on the engine. There are also coolers each for the differential oil, transmission oil, and engine oil, as well as a heat exchanger for the air conditioning system. The W16 is incorporated into the Veyron as a longitudinally mounted mid-engine paired with a 7-speed dual-clutch automatic transmission.

The sound of the engine is as unique as the engine itself. Thanks to asymmetric firing order with firing gaps of just 45 degrees. It sounds balanced and comfortable in the lower load range and becomes a growling beast as the load increases. 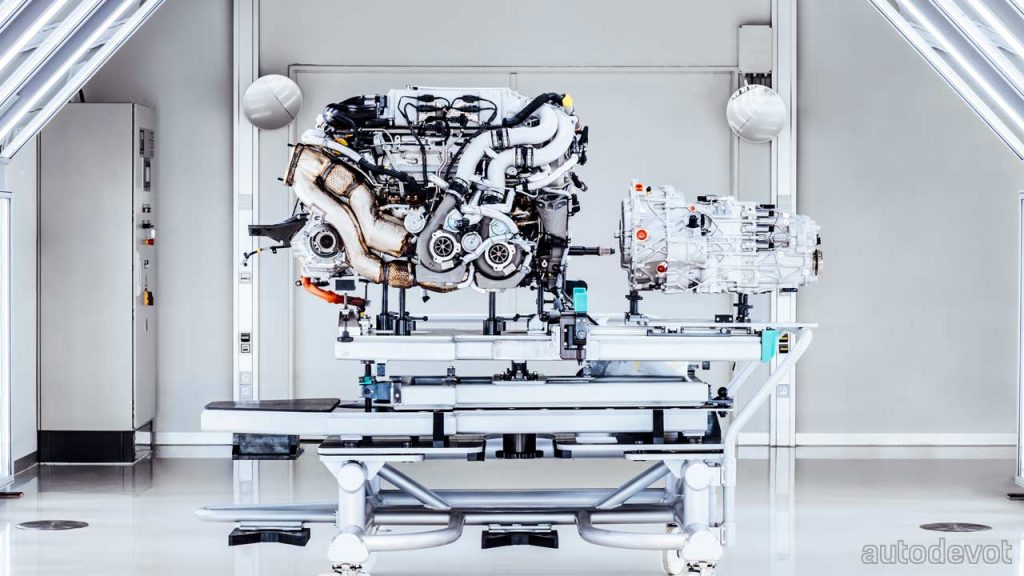 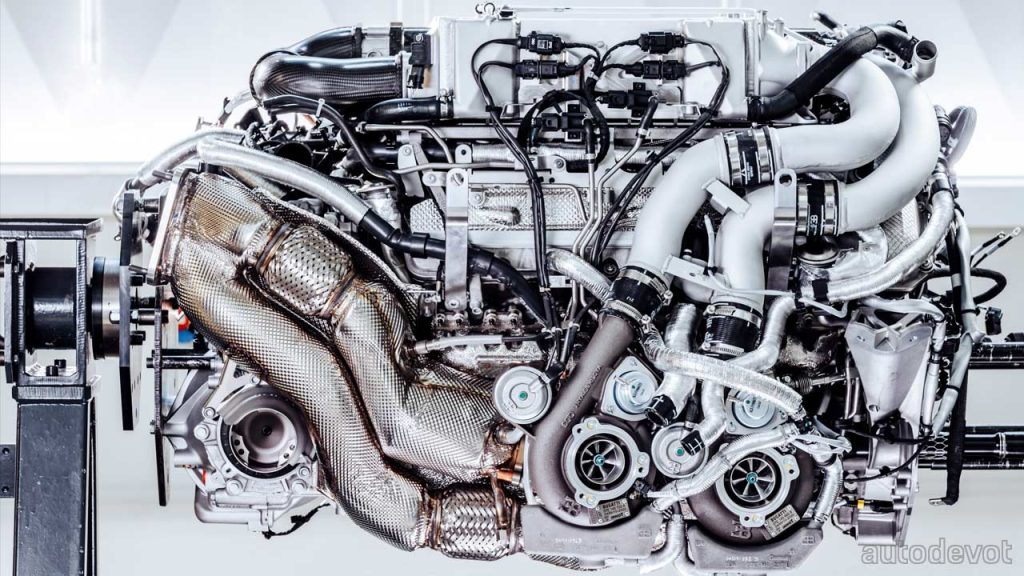 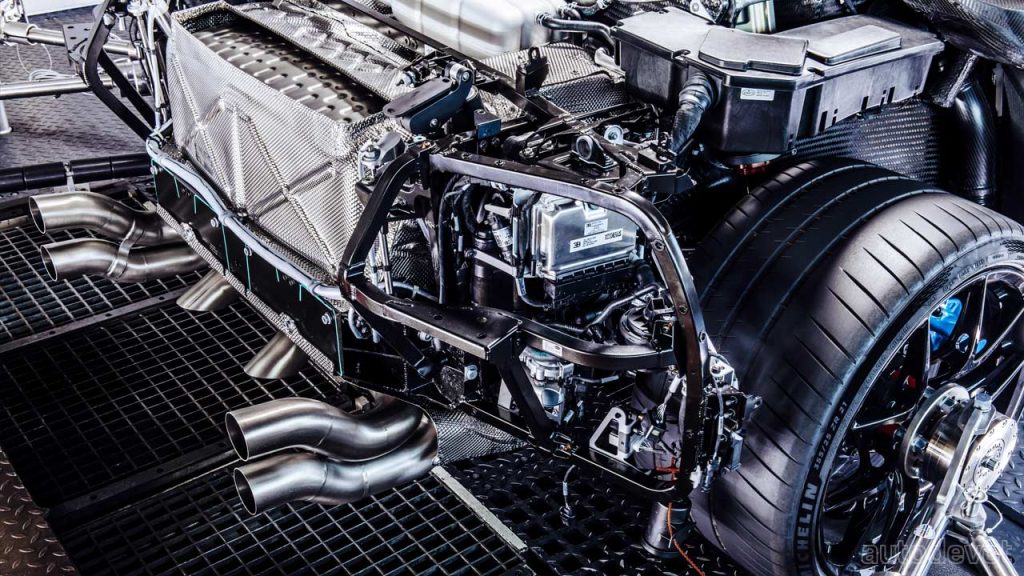 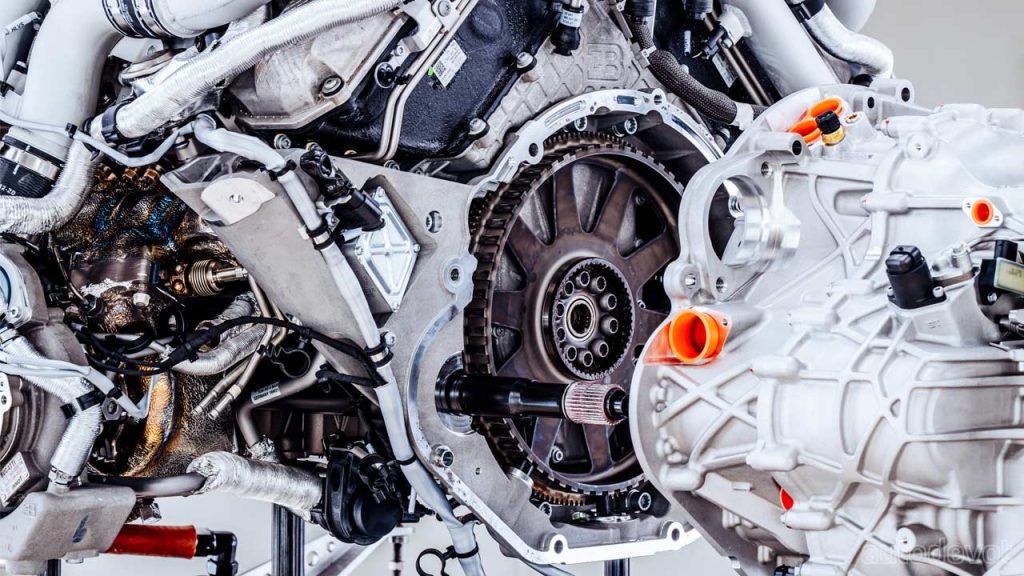 The engineers continued to optimize the engine over the years. With larger turbochargers and many other modifications, the W16 delivered 882.5 kW/1,200 metric hp in the Veyron 16.4 Super Sport from 2010. That same year, the Super Sport set a speed record of 431.072 km/h (268 mph) as the fastest road-legal production car in the world.

Only when all four turbochargers—two on each bank of cylinders—are in use does the engine achieve its maximum power output. In the Chiron, the turbocharger that runs permanently and the turbocharger that can be deactivated are the same sizes—ideal for a steady torque path without any noticeable slumps. The exhaust gas valve that forms a part of this operation has to be able to withstand temperatures of 980 degrees Celsius while remaining fully mobile, and Bugatti, therefore, uses a special high-temperature material alloy for the main components.

The development work paid off, with the Chiron Super Sport 300+ breaking a speed record in 2019 and becoming the first production automobile to surpass the 300-mph mark. It hit a record speed of 490.484 km/h or 304.773 mph. At the same time, Bugatti increased the electronic limiter to 440 km/h (273 mph), making the Chiron Super Sport the fastest production Bugatti of all time.

But the sad part is, of course, there’s not gonna be another new W16, or even a V12 for that matter. All we are gonna get going forward is a “whine” pumped out of speakers. But hey, climate change is real, so you better embrace the change.