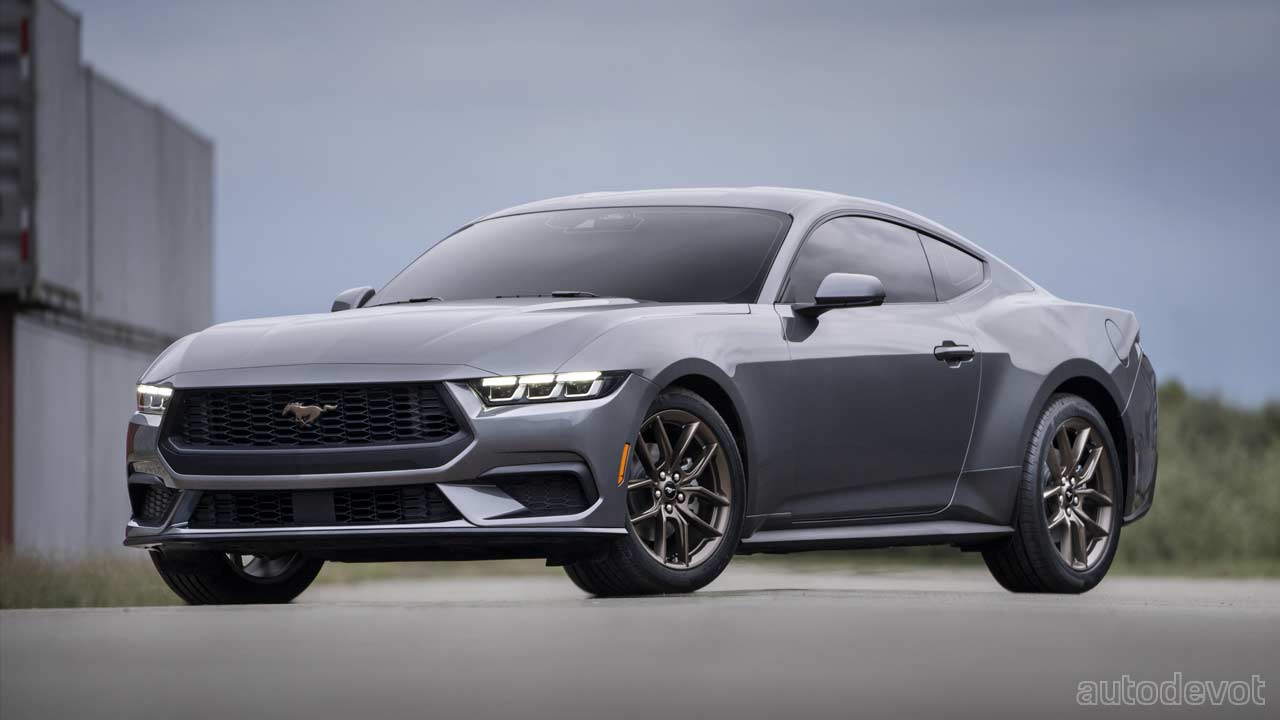 Ford has taken the wraps off the 7th gen Mustang lineup at this year’s Detroit Auto Show. The new Mustang goes on sale in the U.S. market starting in summer 2023 as a 2024 model, which means the pricing will be announced closer to the launch date. 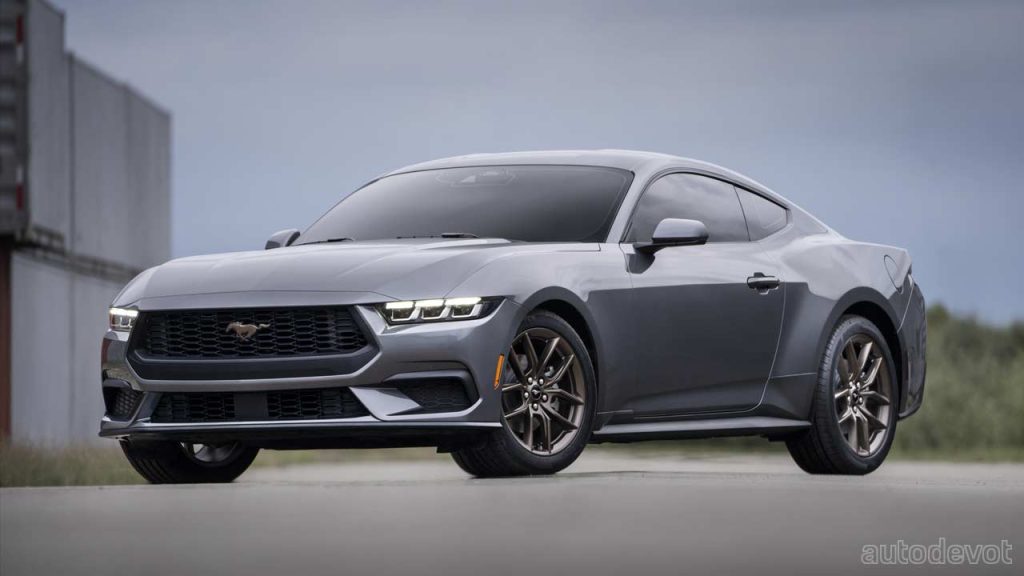 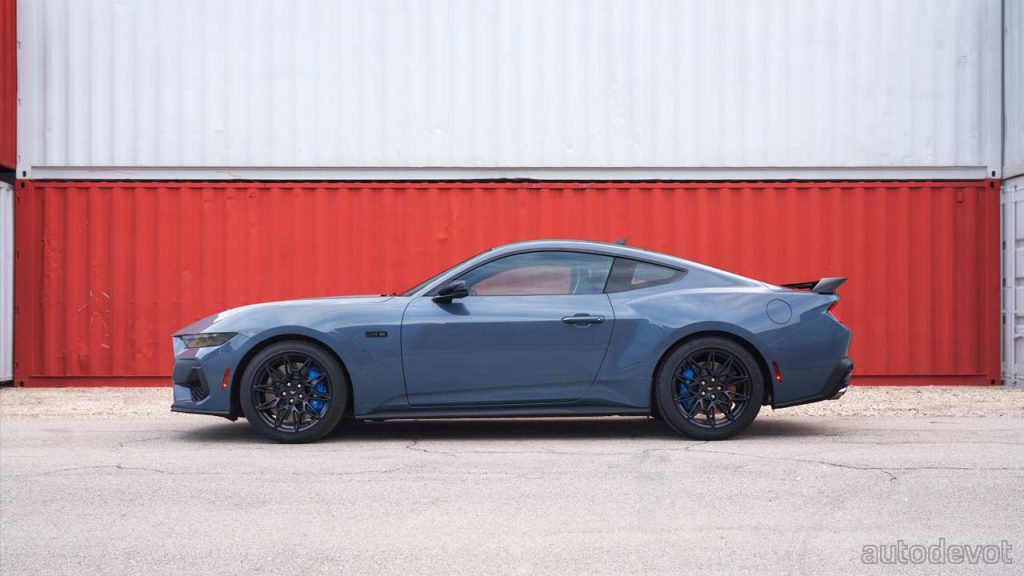 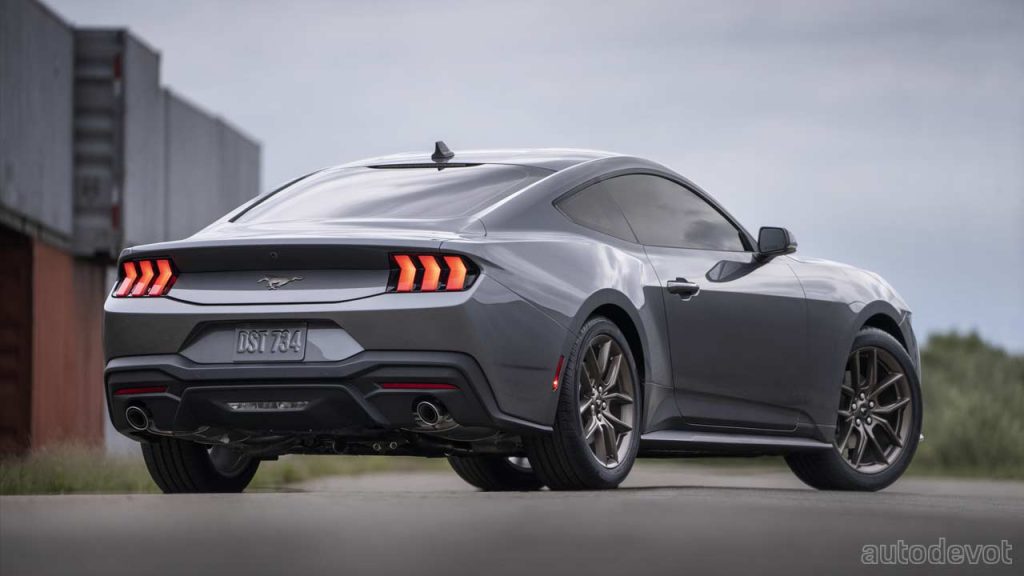 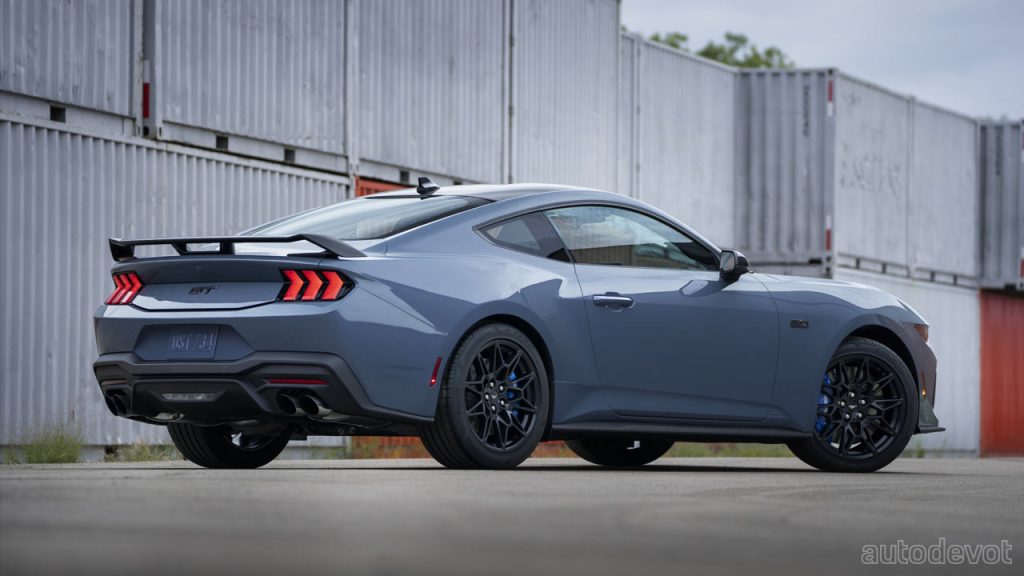 So, where should we begin then? Well, I guess we should begin by talking a li’l bit about its design. From the side profile, it’s a fairly recognizable silhouette, and the same holds true from the rear-three-quarter angles—to a certain extent. But I guess it’s the front fascia that looks a bit.. interesting. I mean, it looks more European rather than American. I mean, a DS logo wouldn’t look out of place, as would the four rings logo. Ford’s marketing team describes the new design as an “edgier design with timeless Mustang cues”. Hmm.. alright, alright.. I guess they’re talking about the shape of the grille—which is.. yea, Mustang-ish. 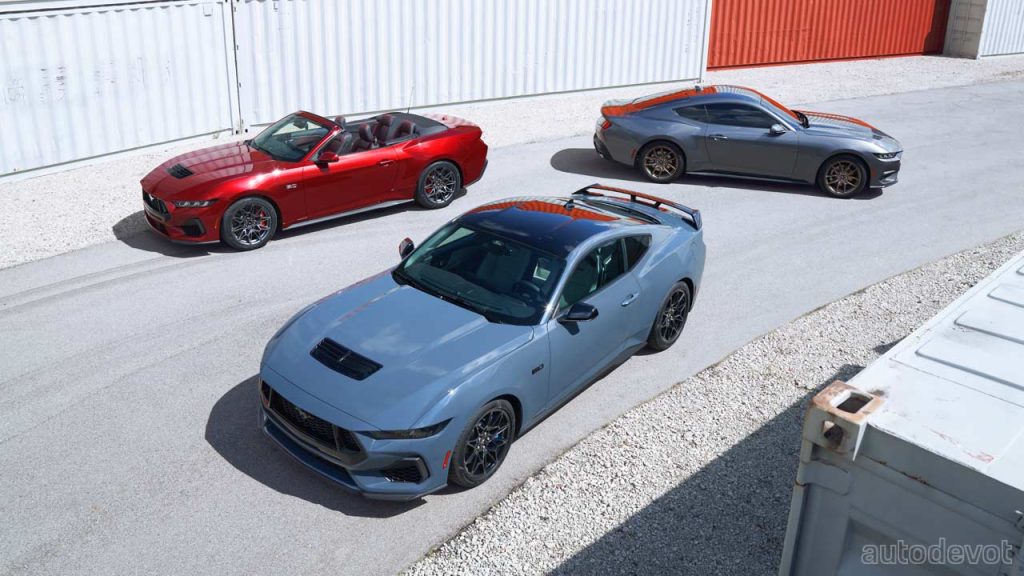 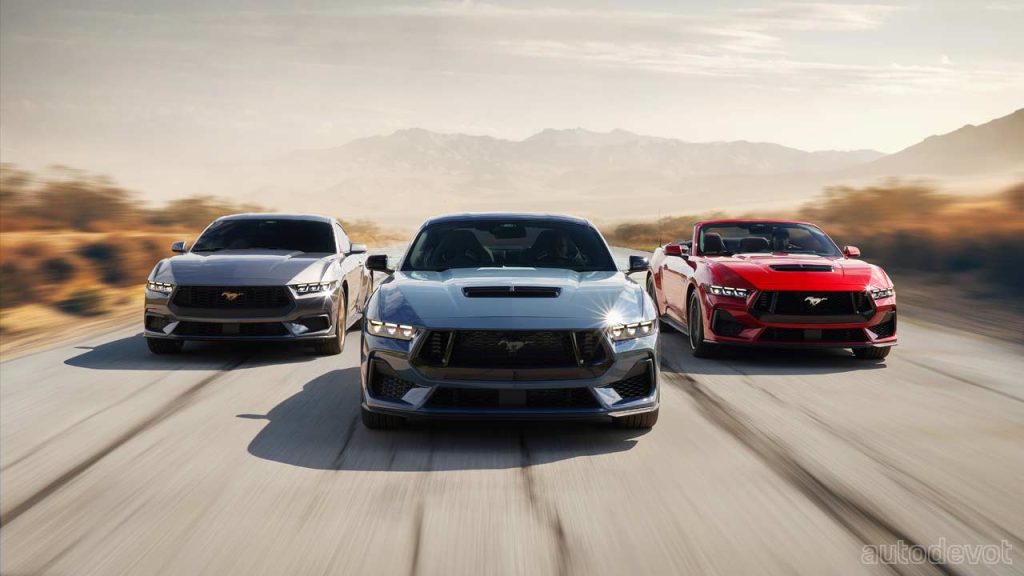 The new Mustang offers 11 exterior color options including two new shades: Vapor Blue and Yellow Splash. For Brembo calipers, you got Black, Red and Grabber Blue options. Depending on the variant, the alloy wheel sizes range from 17- to 19-inches, plus a 20-inch option. Another highlight for the 2024 model is the Mustang Design Series, offering further customization straight from the factory. The Bronze Design Series Appearance Package adds Sinister Bronze alloy wheels with bronze badges, and is available on both EcoBoost and GT models, with or without the optional Performance Pack. 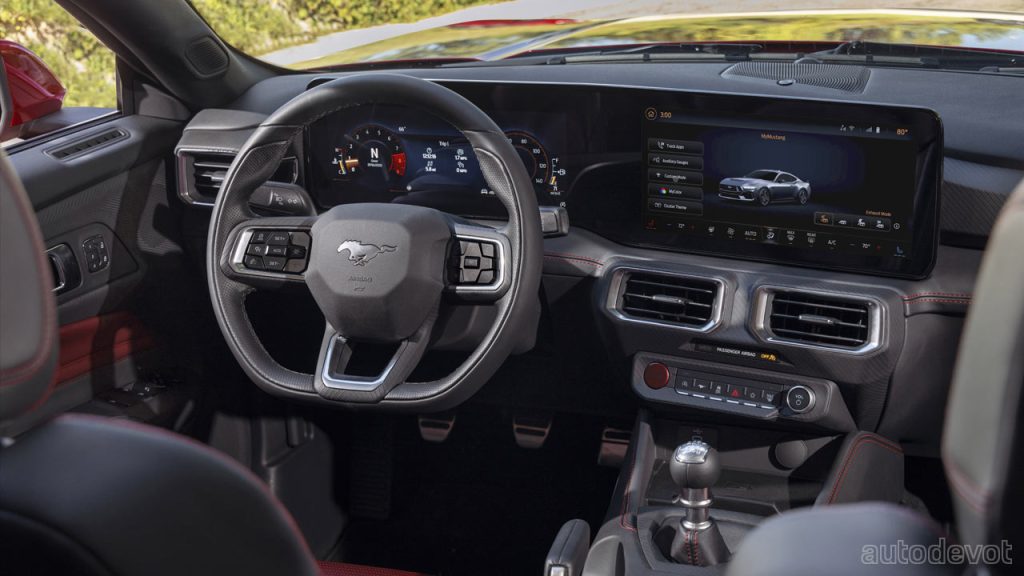 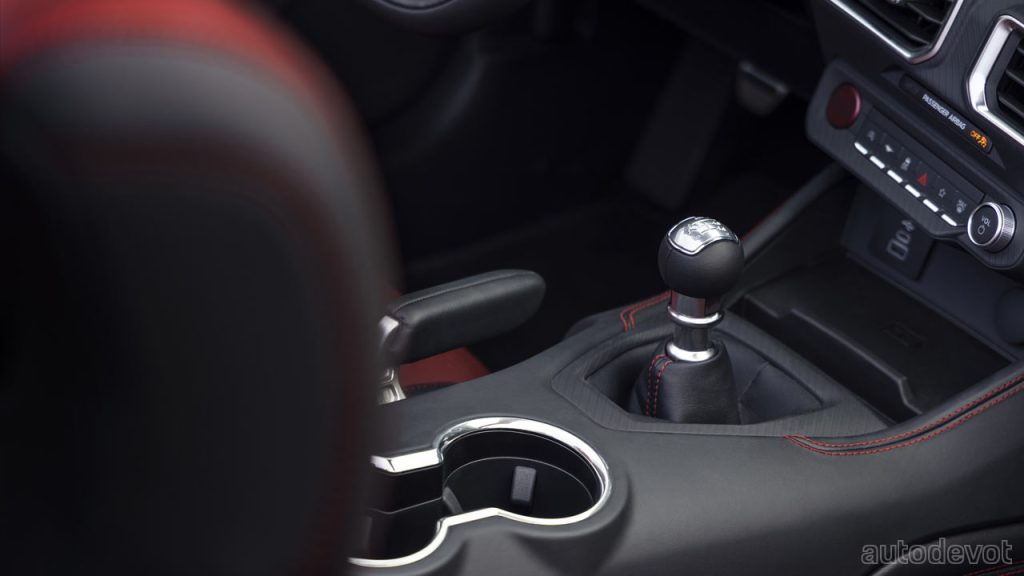 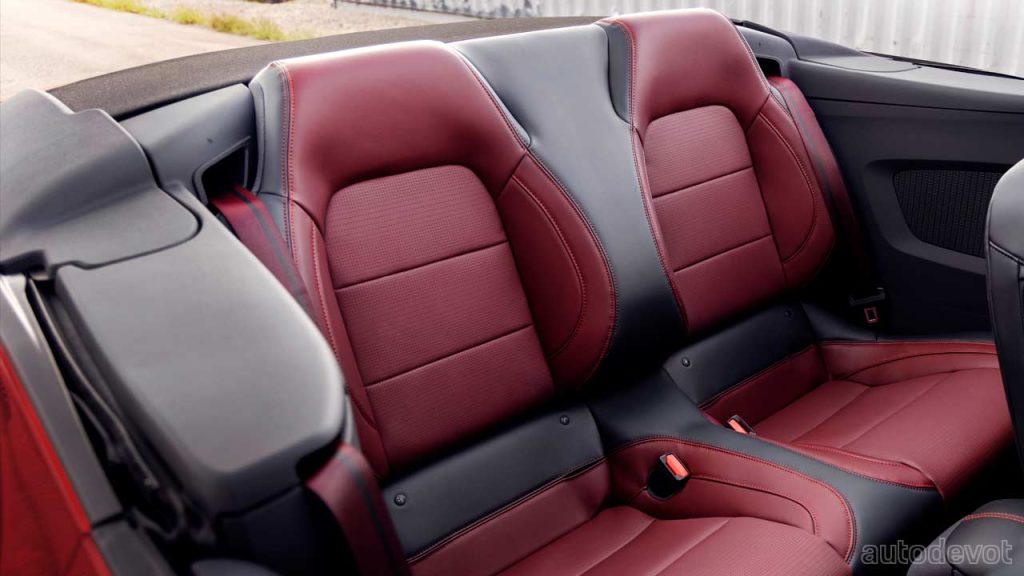 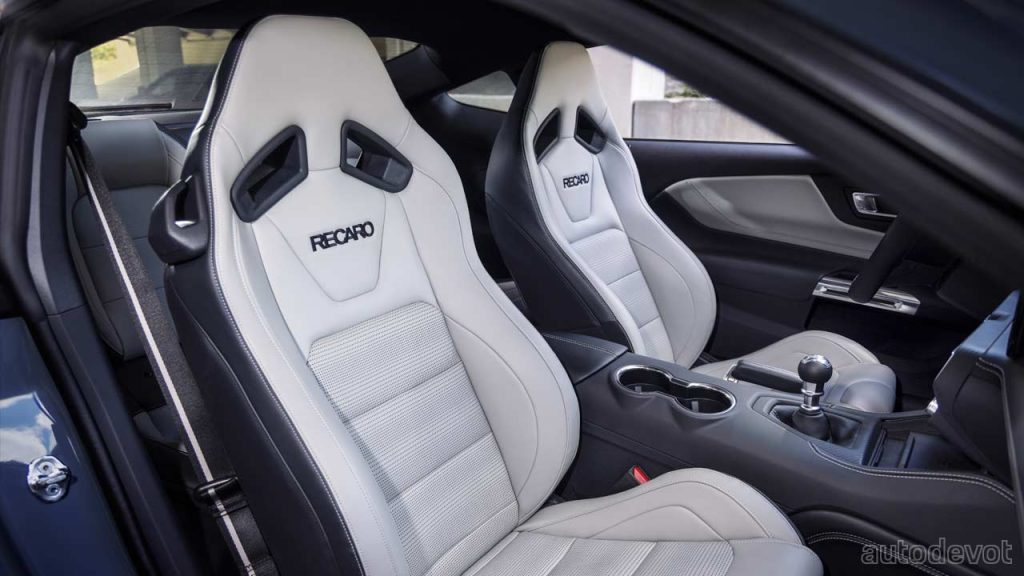 Ford claims the cockpit of the 7th-gen Mustang to be the most technologically advanced, driver-centric cockpit of any Mustang to-date. The dashboard houses a curved panel that integrates a 12.4-inch digital instrument cluster and an optional 13.2-inch SYNC 4 touchscreen. The base models are probably gonna get a smaller touchscreen. But another highlight is that the digital instrument cluster can be customized to display different animations and drive-mode-based visuals—powered by the Unreal Engine 3D creation tool used in modern video games and movie/commercial production.

Outside the vehicle, animated welcome lighting greets drivers as they approach and, upon entry, Mustang splash screens come to life. And for those who enjoy the sound of a revving engine, the new Mustang offers Remote Rev, which as the name suggests, enables revving the car’s engine remotely using the key fob. 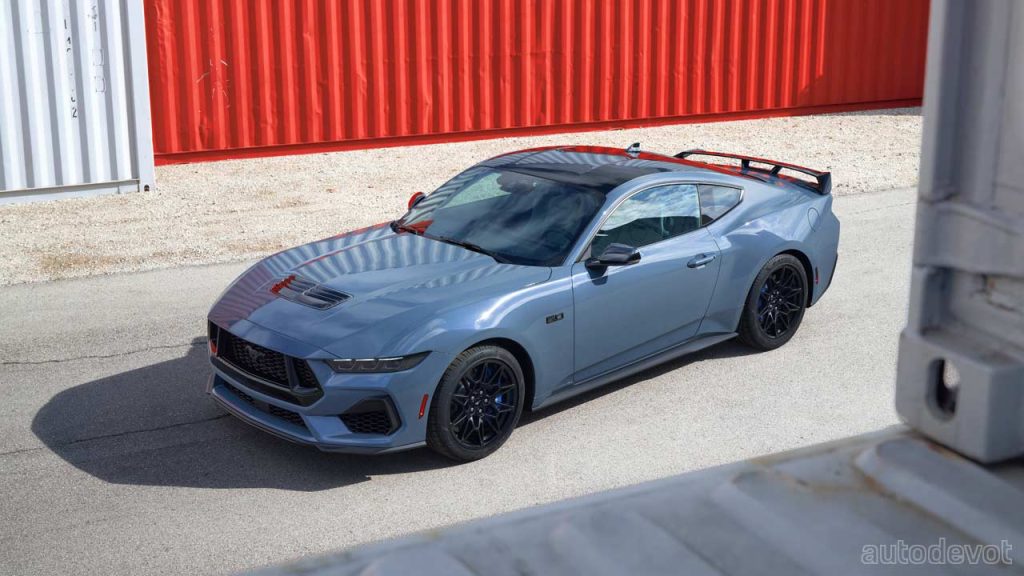 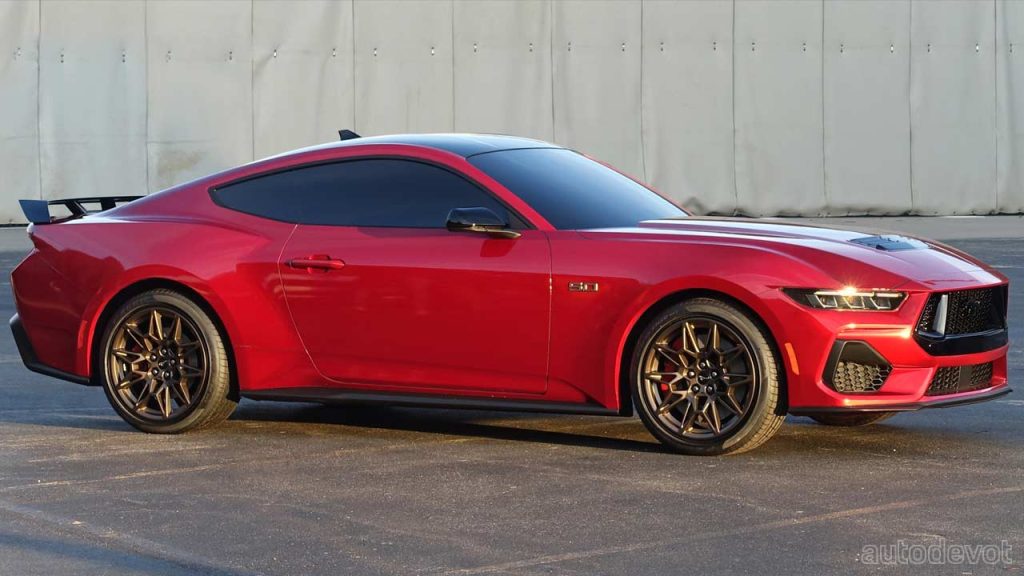 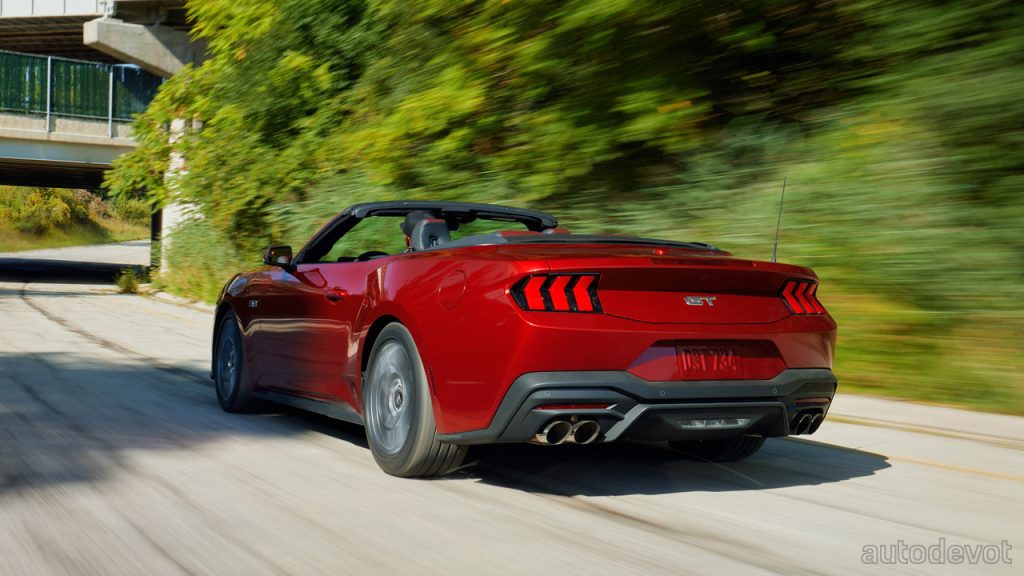 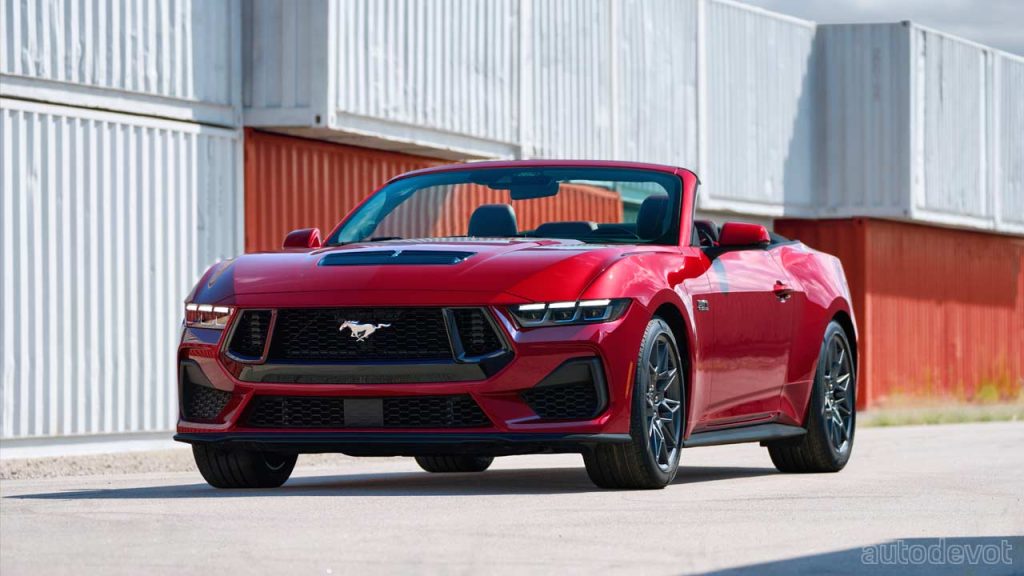 Moving on to the juicy bits of the story then, the Mustang GT comes with a 5.0-litre Coyote V8 engine—which can be coupled with either a 6-speed manual or a 10-speed automatic transmission. There’ll also be a 2.3-litre 4-cylinder EcoBoost engine option. The new Mustang also boasts an optional Electronic Drift Brake—which according to Ford, can quickly turn a novice into a drifting pro, like Vaughn Gittin Jr. It creates the visual appeal and functionality of a traditional, mechanical hand brake. 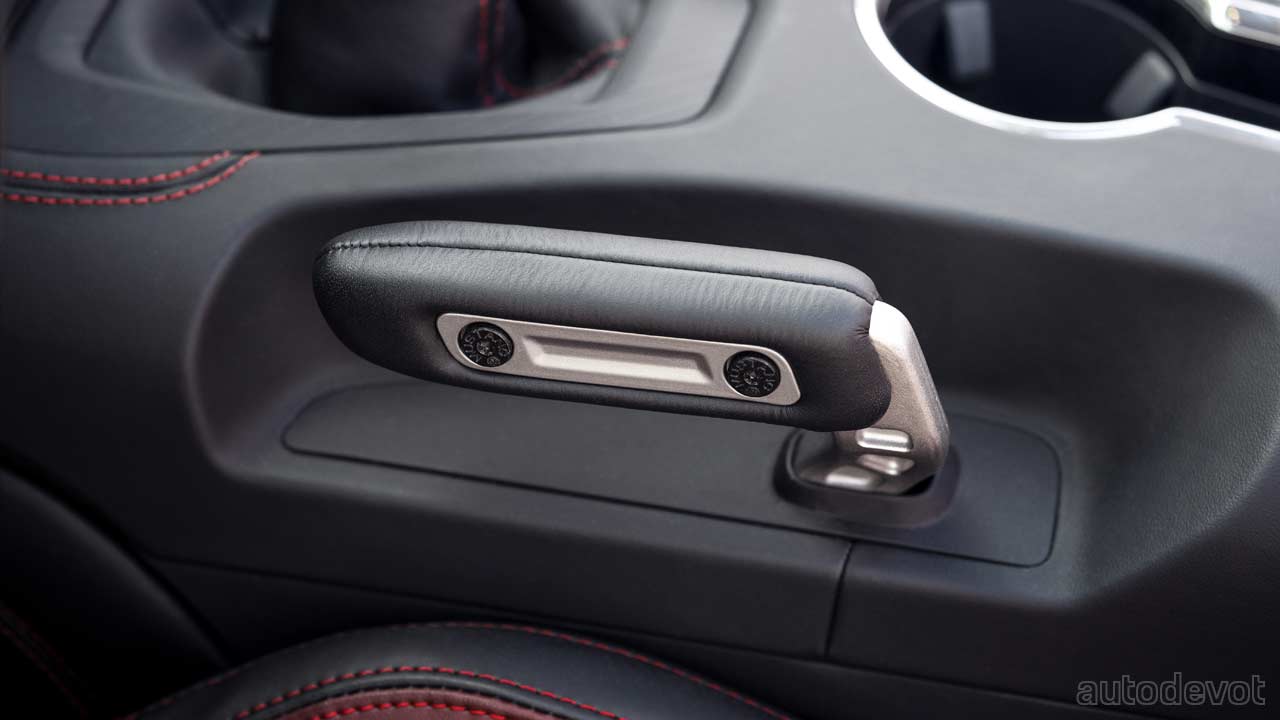