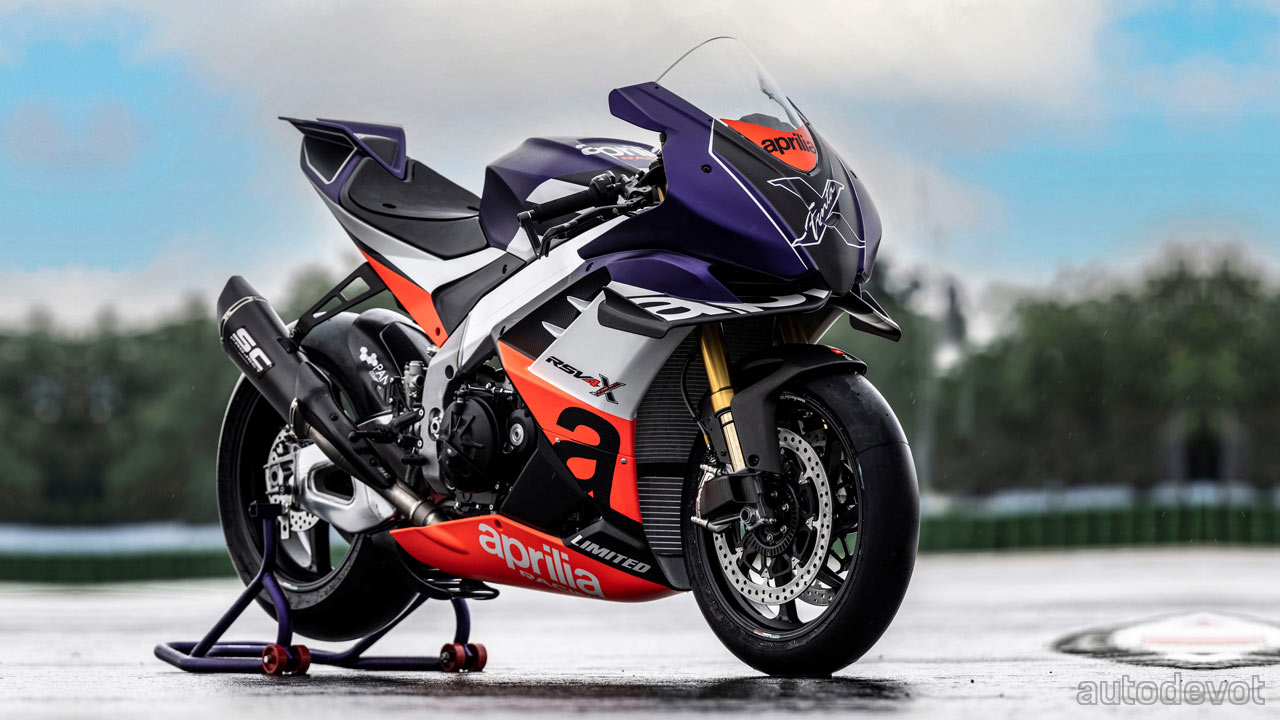 Aprilia has launched the RSV4 XTrenta in the international markets. Limited to 100 units globally, the track-only special edition motorcycle celebrates the 30th anniversary of Aprilia’s first World Championship title. Each unit is priced at €50,000 (excluding VAT) and can be ordered exclusively online at factoryworks.aprilia.com starting 6th September. Lucky buyers will also have the chance to collect their motorcycle from Aprilia Racing, with an exclusive visit to the Noale racing department, and will receive a specific motorcycle cover and mat as well. 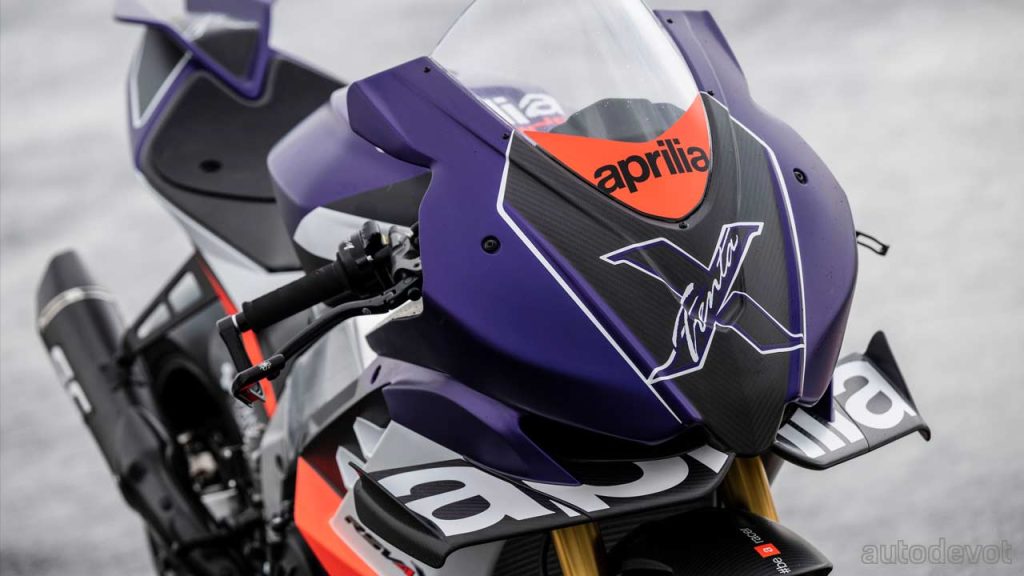 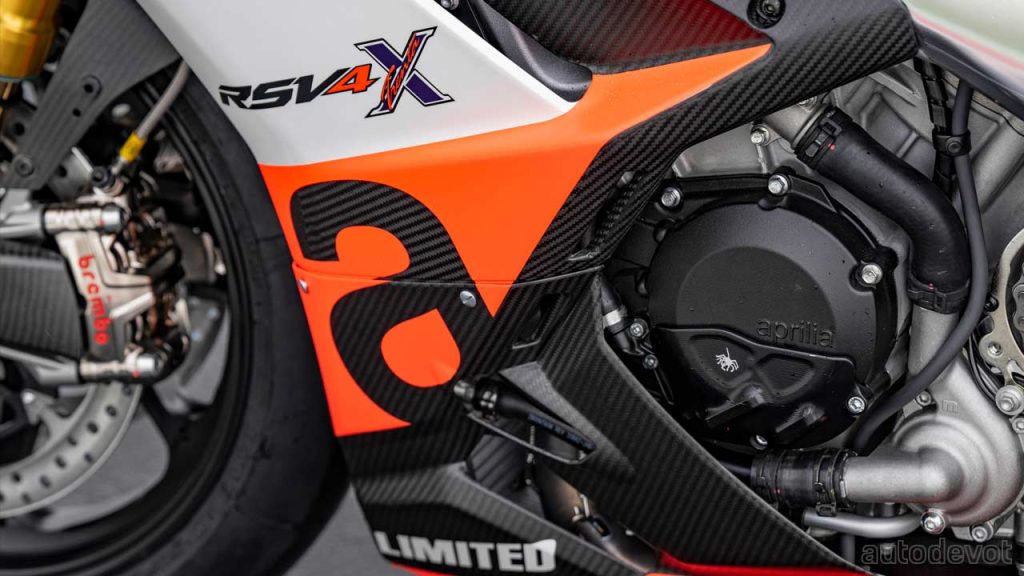 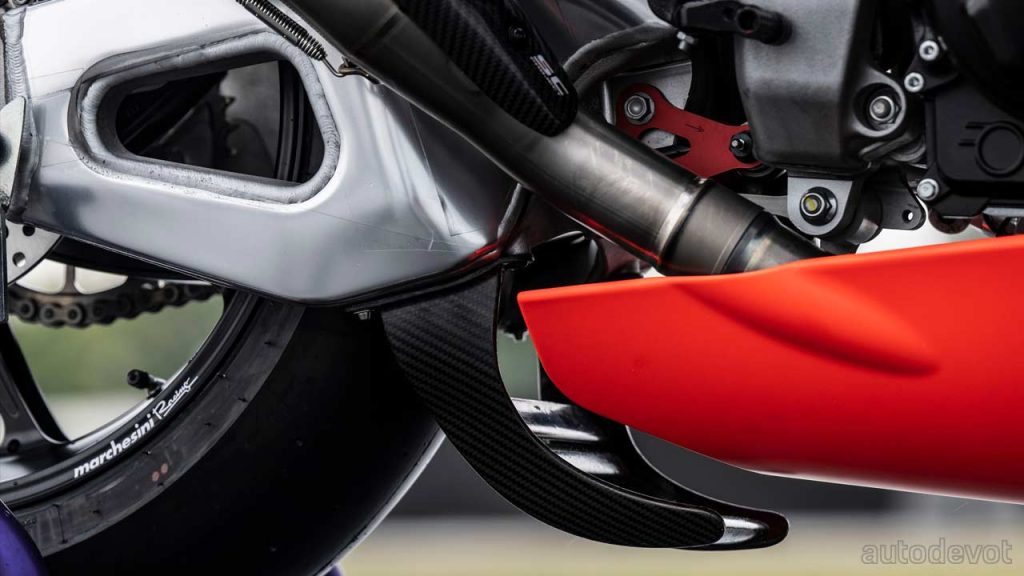 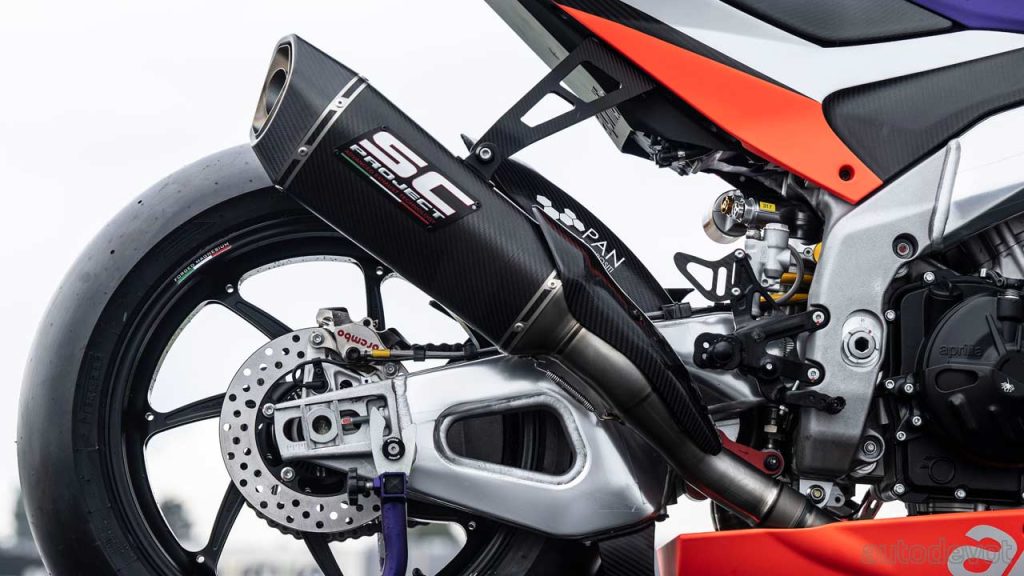 The RSV4 XTrenta boasts enhanced aerodynamics such as the front wings and the under wing on the swingarm; the latter is also known as a ‘spoon’ in MotoGP slangology. And as a result, the downforce is claimed to be up by 25% while the drag is down by 4%. The carbon fibre application is generous as you can probably tell, which has contributed to a kerb weight of 166 kg (366 lbs) as compared to RSV4 Factory’s 202 kg (445 lbs). The forged magnesium Marchesini M7R Genesi rims are wrapped with Pirelli Diablo SBK slicks, which save around 2 kg (4.4 lbs). 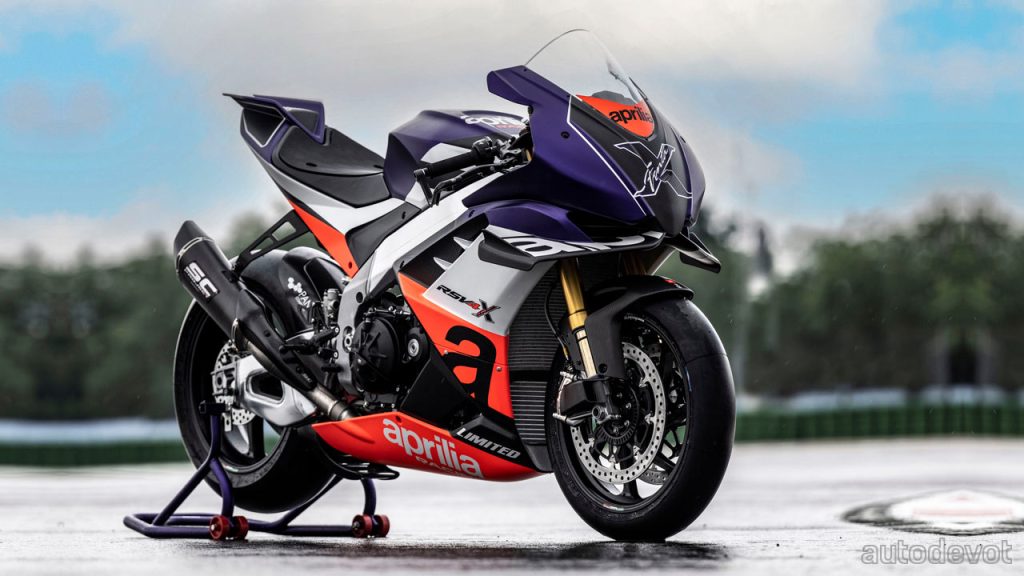 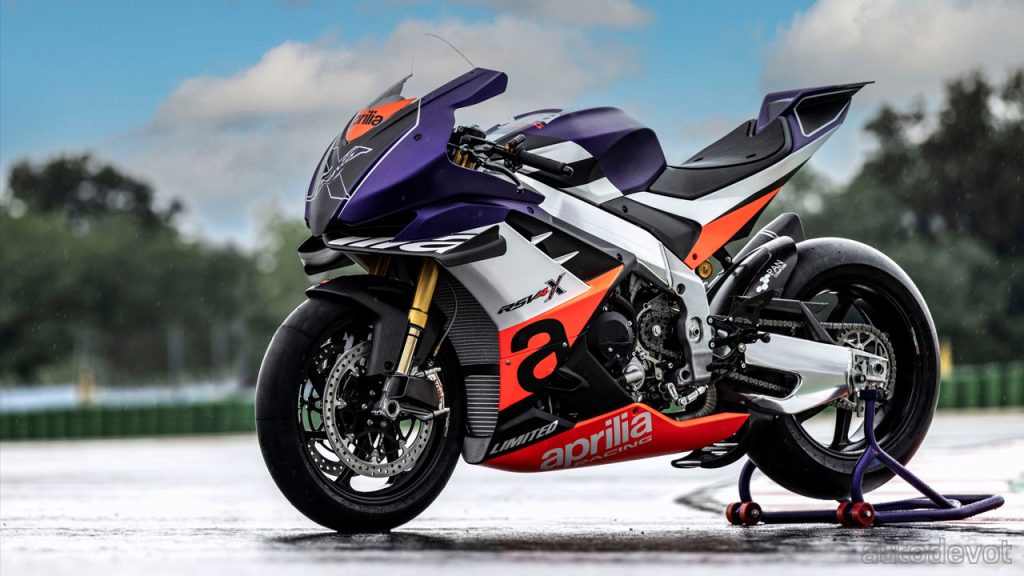 The 1.1-litre (1,099 cc) V4 engine pumps out 169 kW or 230 metric hp as opposed to 159.5 kW or 217 metric hp offered in the RSV4 Factory, thanks to an increased compression ratio and titanium-carbon exhaust system. A racing-spec air filter by Sprint Filter and PBR-branded titanium sprocket are some of the other key highlights.