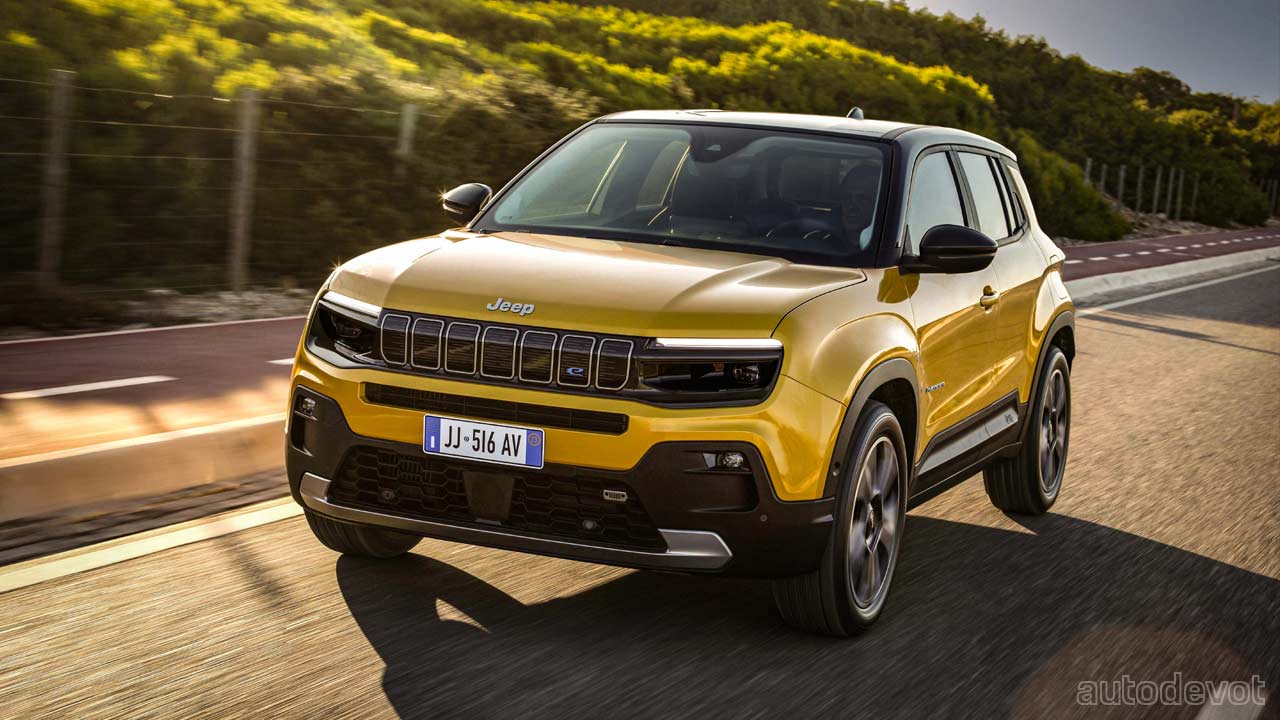 Jeep is planning to introduce four all-electric SUVs in North America and Europe by the end of 2025. Of the four, the first one to show up is most likely the Avenger SUV—in early 2023, followed by the Recon and Wagoneer S SUVs—also expected to show up during the same period. Jeep said that the pre-bookings for Recon and Wagoneer S are gonna start in early 2023 for the U.S. market, but public debut and production are gonna happen in 2024. Do note that the photos and renderings we’re gonna see here are of the pre-production prototypes and we don’t have the full information just yet. 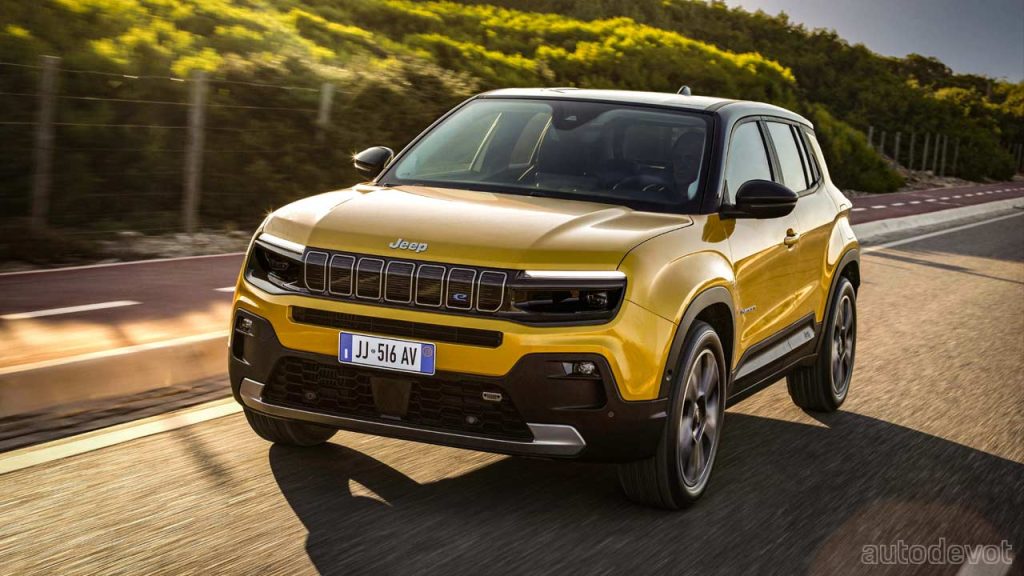 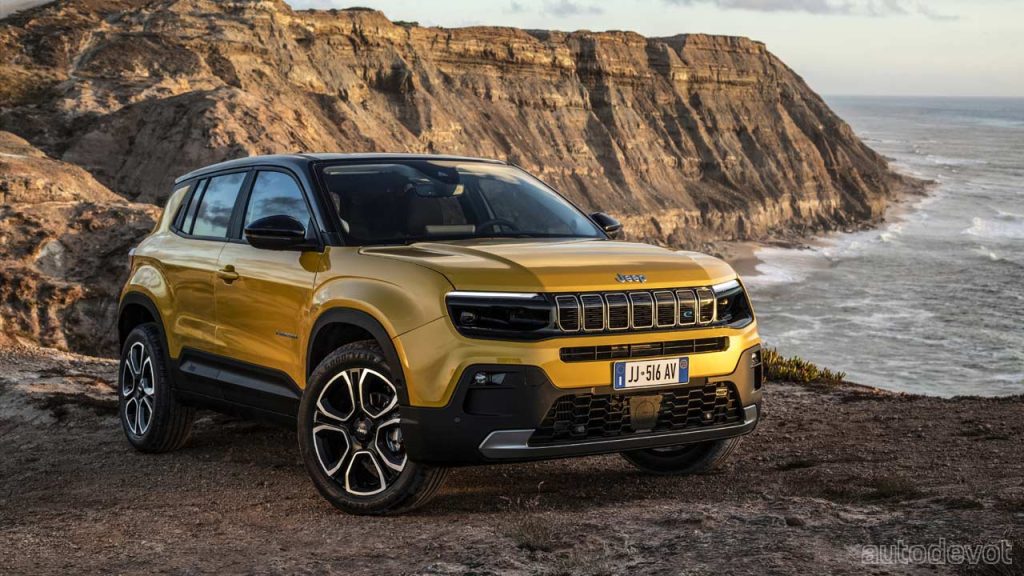 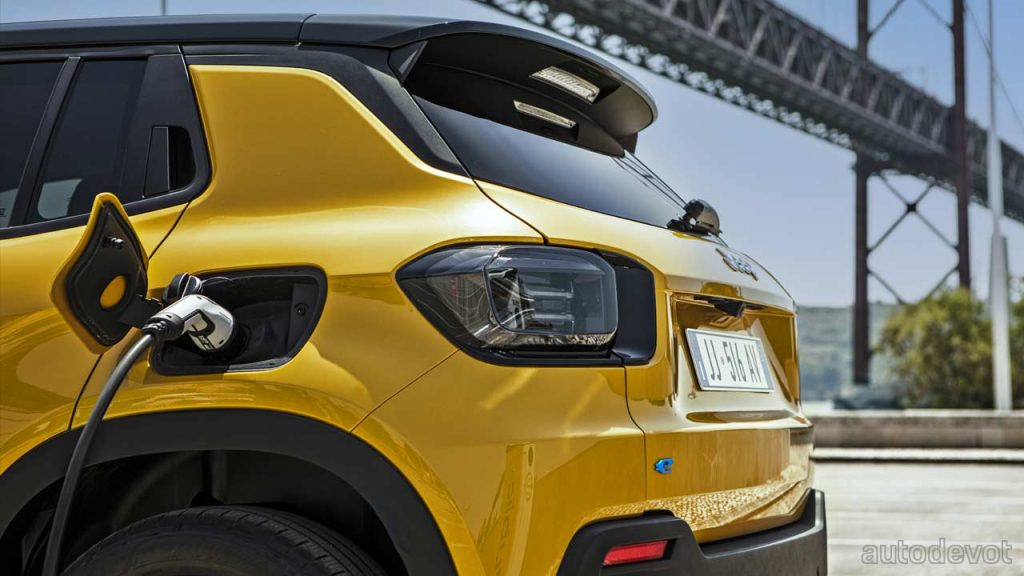 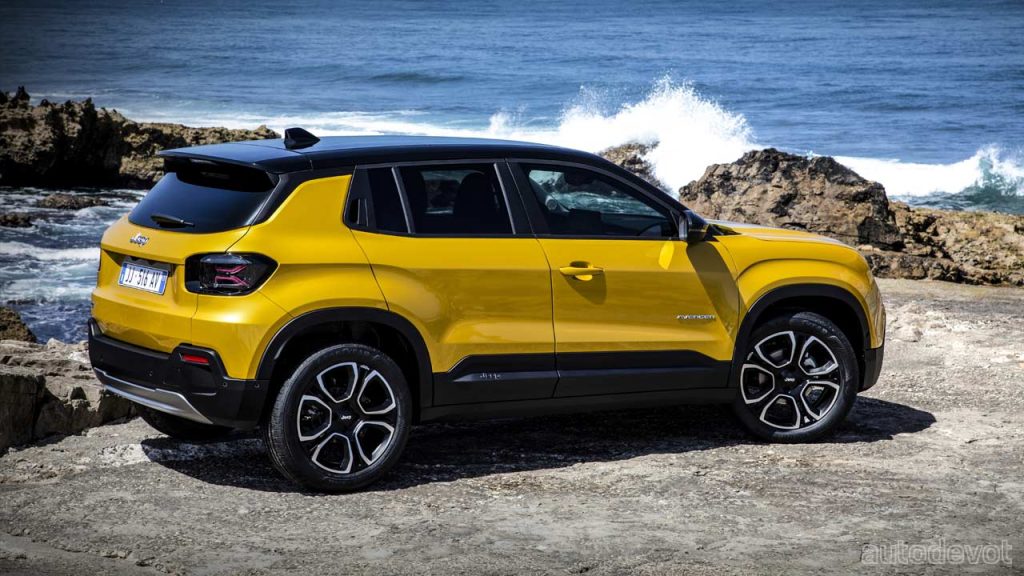 Let’s start with the Avenger then, shall we? Apparently, the Avenger is specifically designed with European customers in mind, but will also be offered in Japan and South Korea. It’ll be positioned under the Renegade and will be produced at the Stellantis’ plant in Tychy, Poland. Jeep didn’t share a ton of information yet, as mentioned already, but said that it is targeting a range of 400 km (248.5 miles). The company added that “this new SUV will offer impressive ground clearance, breakover and approach angles for its segment, while delivering a modern and technologically advanced interior, with plenty of space for people and cargo.” And, if you’re attending this year’s Paris Motor Show in October, you can probably check out this upcoming Avenger electric SUV. 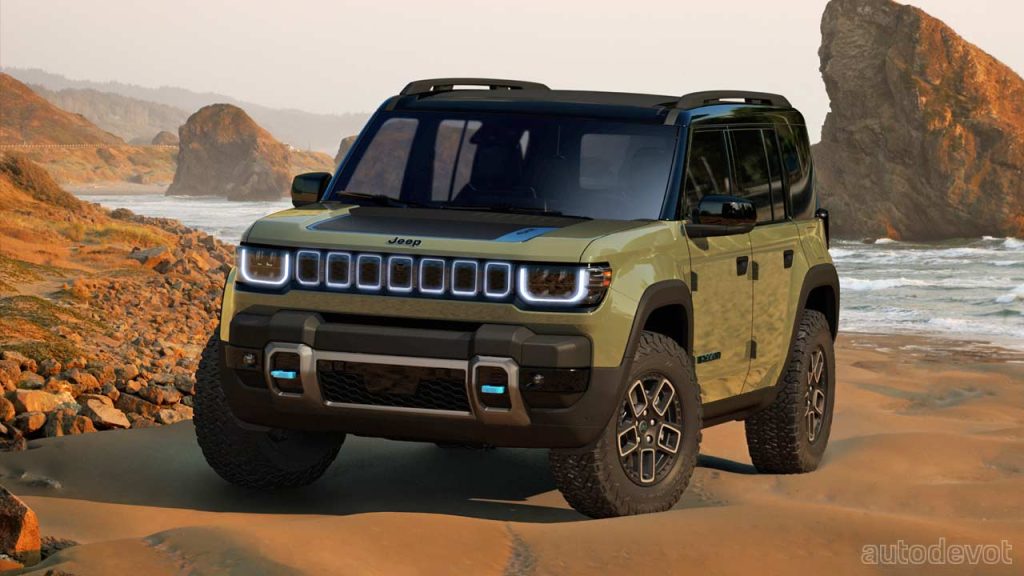 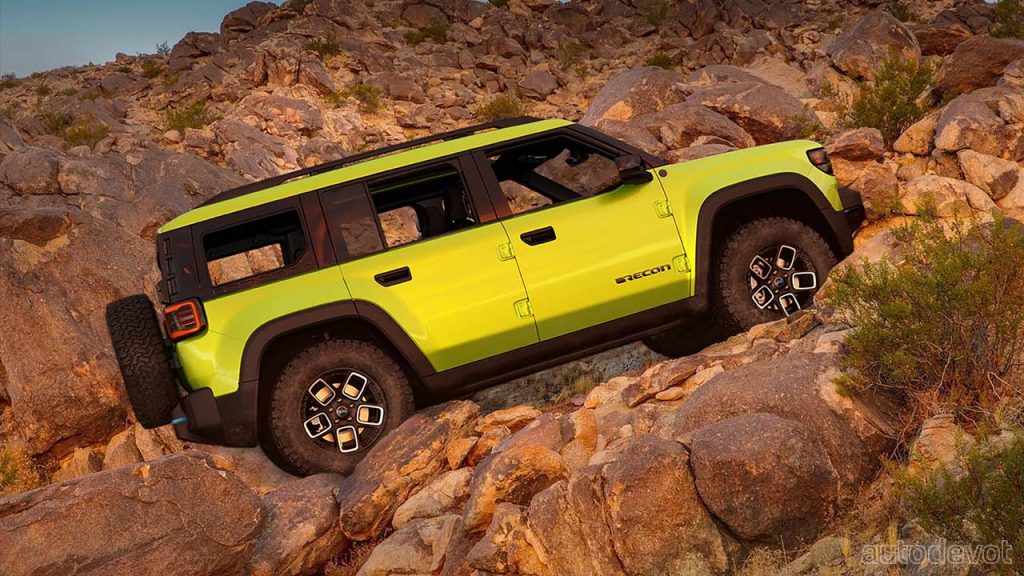 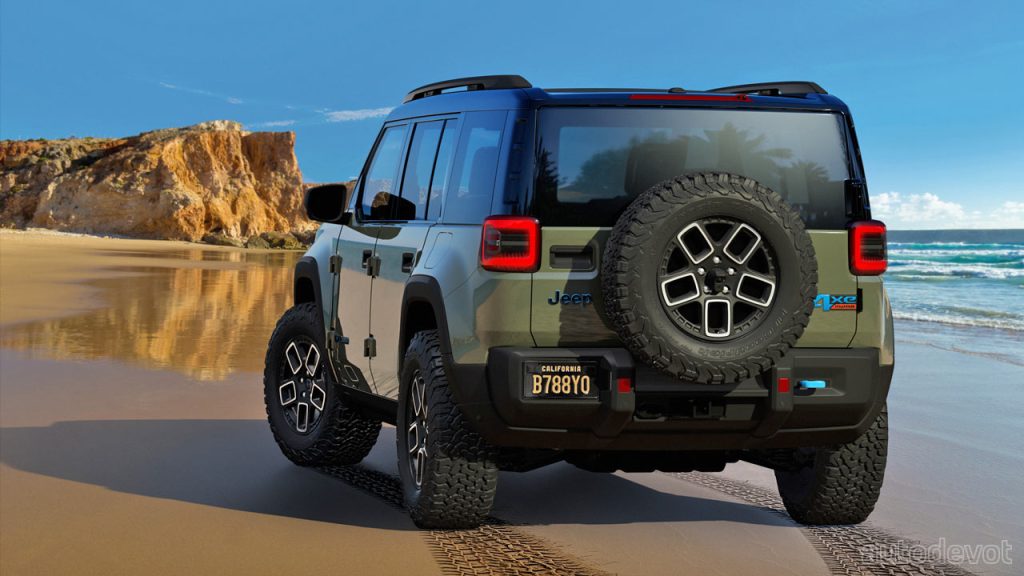 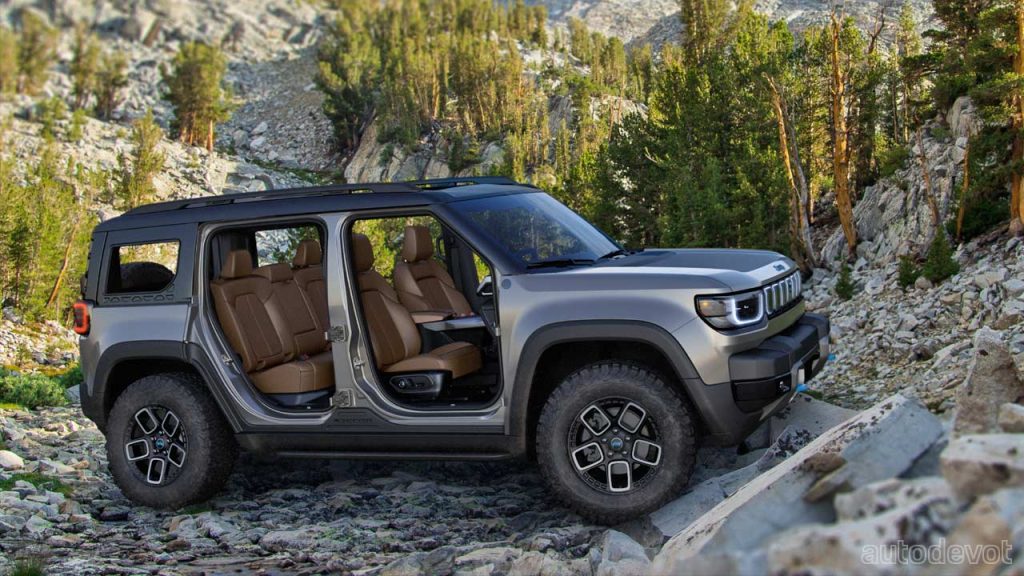 Next up we have the Recon SUV, which is also gonna be fully electric. This one will make its debut in the U.S., but will also be offered in all other major markets including Europe at a later date. The Recon claims to offer open-air freedom with a one-touch powertop, removable doors and rear quarter glass.  It also boasts Selec-Terrain traction management system, e-locker axle technology, under-body protection, tow hooks, off-road tires, and the latest generation Uconnect system featuring detailed travel guides of the most notable off-road trails. 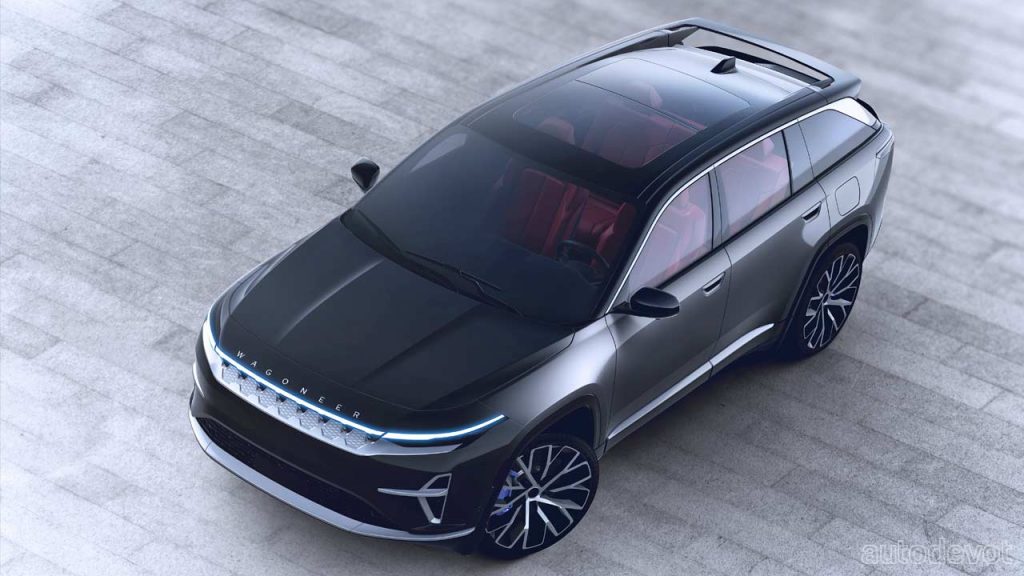 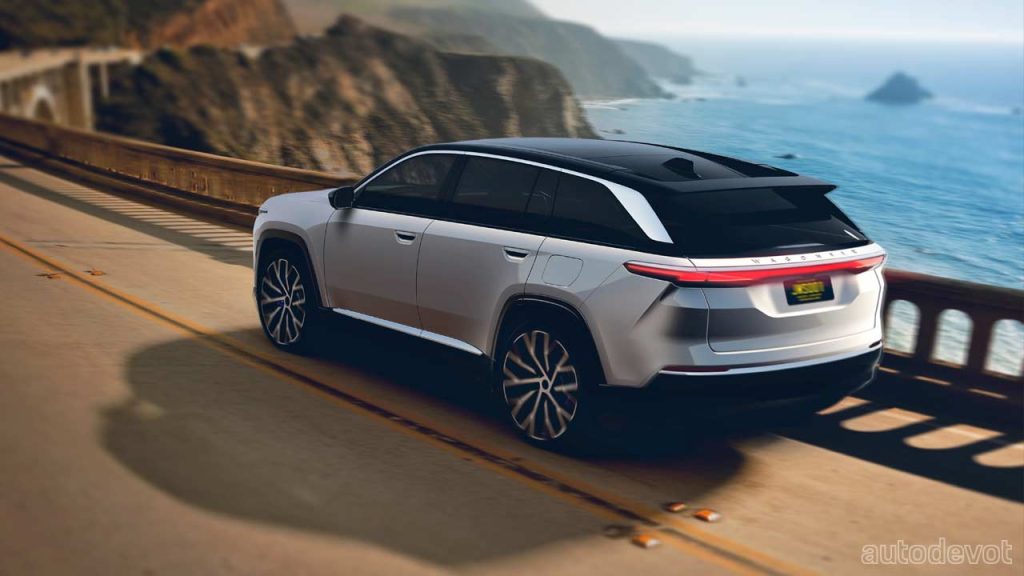 The last one we have for today is the Wagoneer S (tentative name), which is gonna be an all-electric version of the Wagoneer range. The Wagoneer S boasts a unique aerodynamic design with the rear wing hangin’ out in the air. Just don’t use that wing for towing. Performance targets include a power output of 447.5 kW (600 bhp/608 metric hp) and a 0-60 mph (96.5 km/h) time of around 3.5 seconds. Jeep is also targeting a range of 644 km (400 miles) on a single charge.