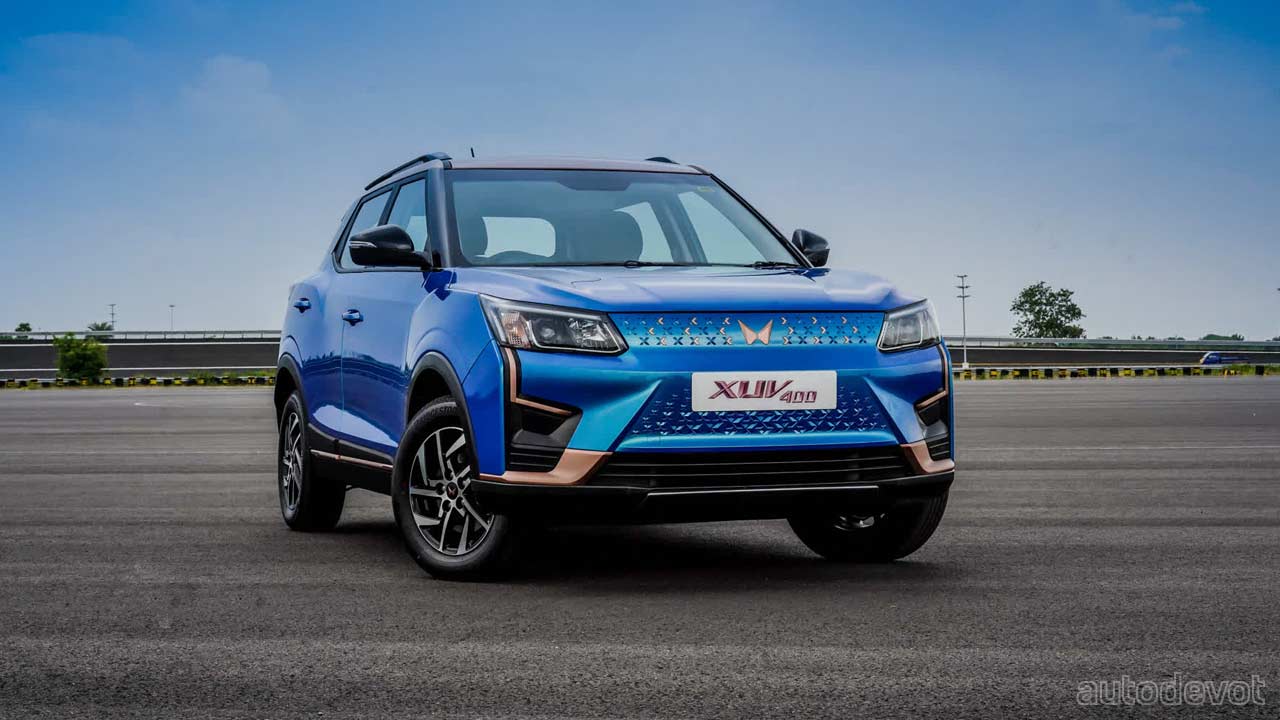 Just in time for the World EV Day, Mahindra has taken the wraps off its first all-electric SUV, the XUV400. Customer showcasing across India will commence in November 2022, followed by test drives in December 2022. Price announcement is gonna happen in January 2023, followed by the commencement of deliveries by the end of the same month. Of course, the XUV400’s direct competitor is gonna be the Tata Nexon EV, which means you can expect the pricing to be competitive. 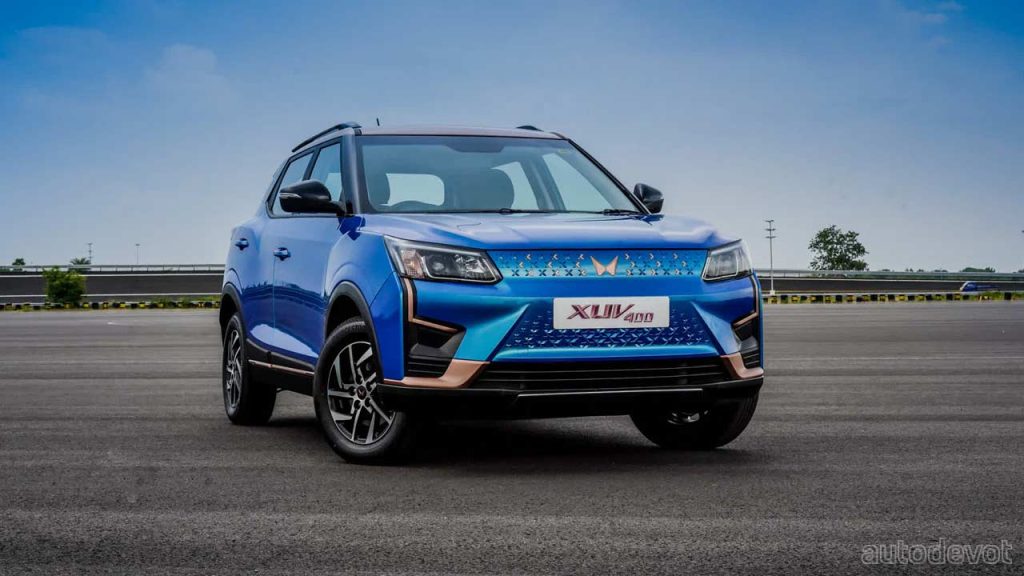 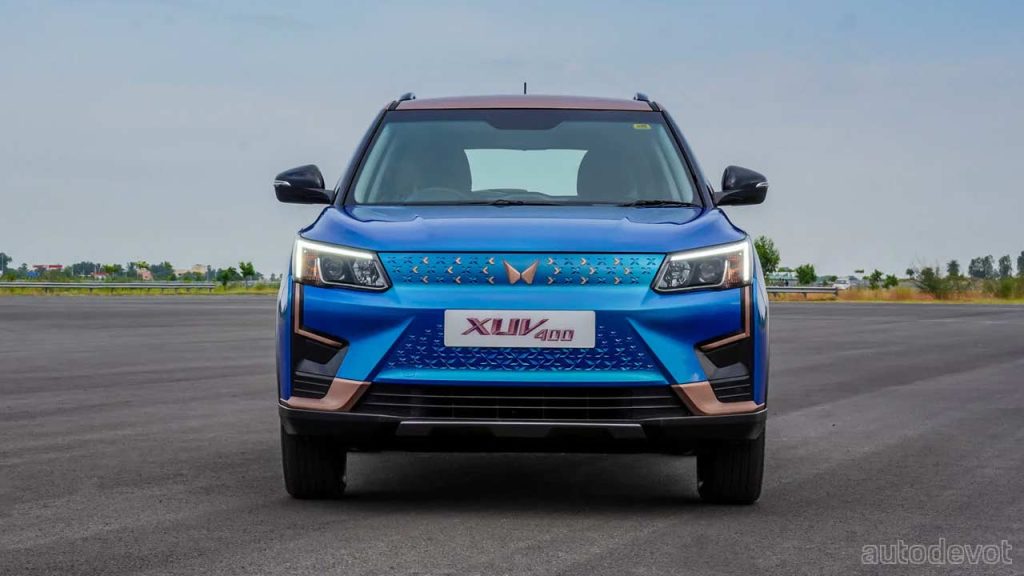 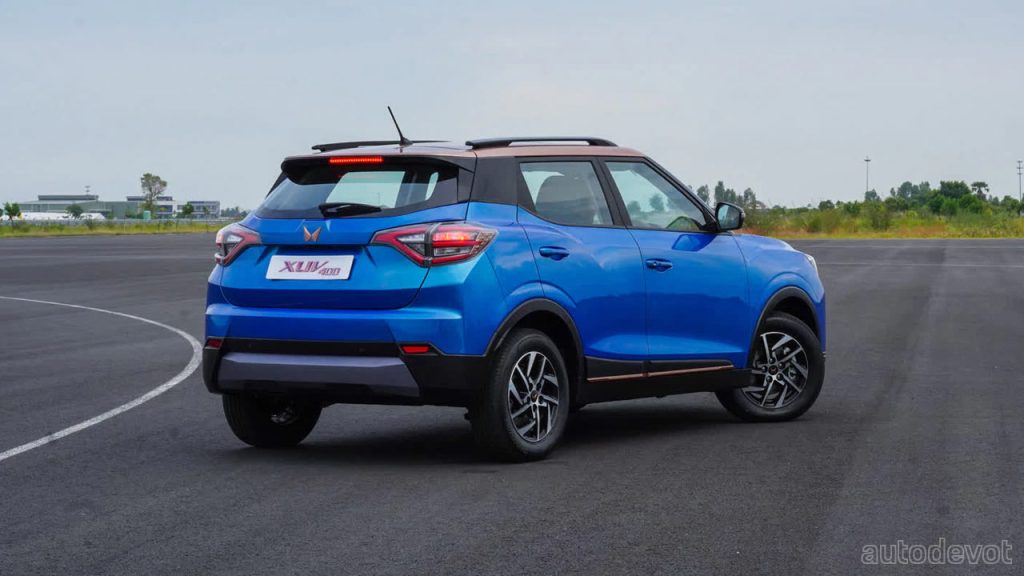 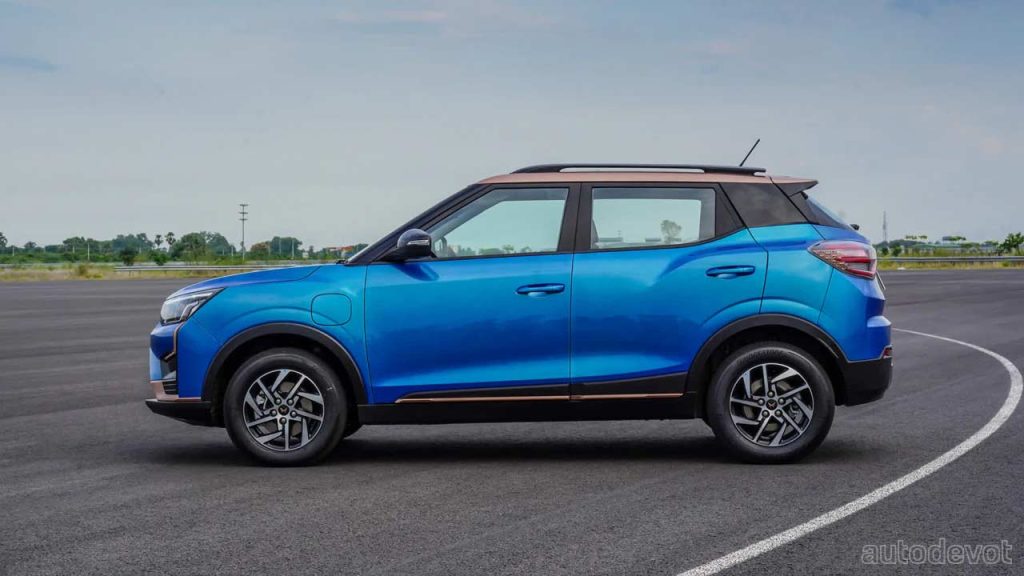 As you can probably tell, the XUV400 is essentially an all-electric version of the rather stylish-looking XUV300, with an EV-typical bodykit. The front fascia is where you’ll find significant differences with most of the upper openings closed off. Notice that the front fog lights have been given a miss. On the side, the 16-inch alloy wheels look pretty similar to those on the ICE model, while at the rear, the taillights have different internal detailing and the bumper is also slightly different. Also, notice the charging port on the front left fender. The example we’re seeing here is finished in Blue with optional Satin Copper dual-tone theme. You also get Everest White, Galaxy Grey and Napoli Black exterior color options.

Mahindra XUV400 will come with 6 airbags, an electric sunroof, 310 Nm of torque, and of course, a claimed range of up to 456 km.#Mahindra #MahindraXUV400 #ElectricVehicles #TataNexonEV pic.twitter.com/IG6WsTJmft

Inside, you’ll find the same optional Satin Copper accents around key areas. Other key features include a 7-inch touchscreen, Apple CarPlay & Android Auto connectivity, an electric sunroof, and a boot space of up to 418 litres—which is claimed to be best-in-class. 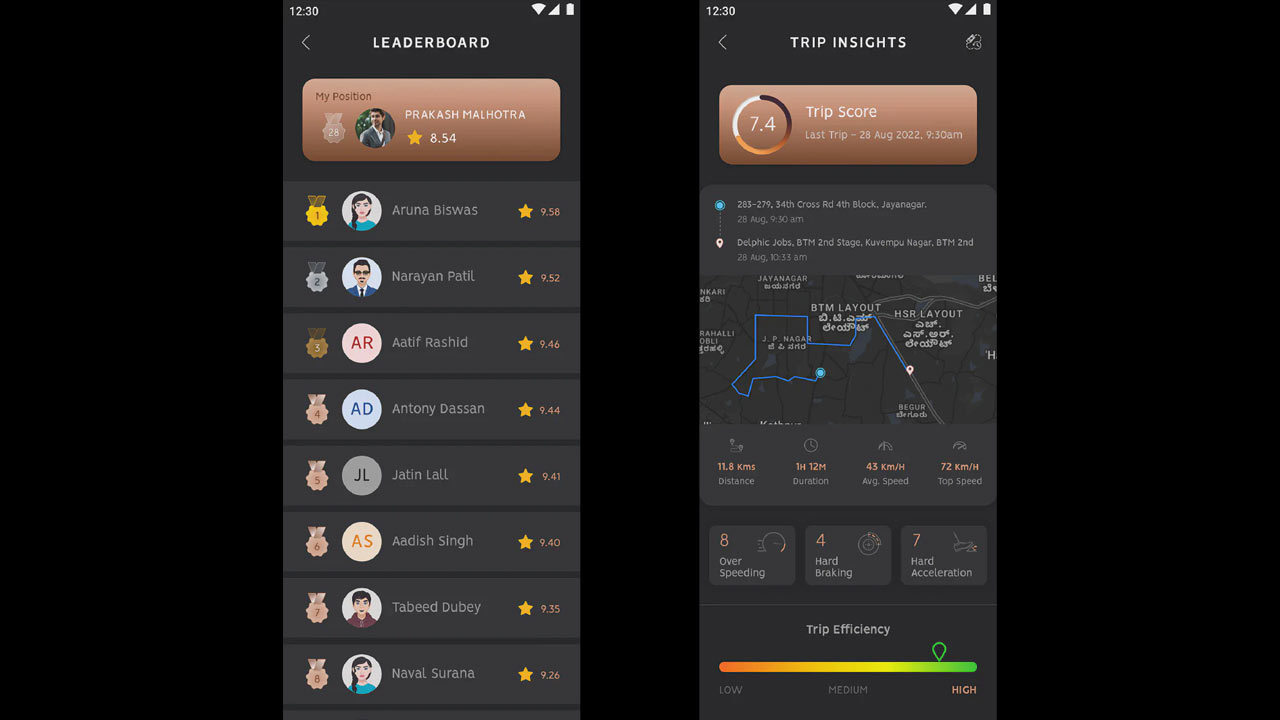 As for safety, you get 6 airbags (claimed to be first-in-segment), disc brakes at all four corners, and Isofix anchorages. Mahindra claims to have rigorously tested the electric SUV under extreme weather conditions, ranging from +47°C (Jaisalmer) to -20°C (South Korea).

Moving on to the juicy bits of the story then, the XUV400 packs a single front electric motor that develops yet-to-be-disclosed power and 310 Nm (229 lb-ft) of torque, propelling the crossover from 0-100 km/h (62 mph) in 8.3 seconds. A 39.4 kWh lithium-ion battery pack (IP67 rated) is estimated to offer a range of up to 456 km (283 mi) as per MIDC (Modified Indian Driving Cycle), which is a bit more than what the Nexon EV MAX claims. Remember, the torque output is also significantly more than the Nexon EV MAX. 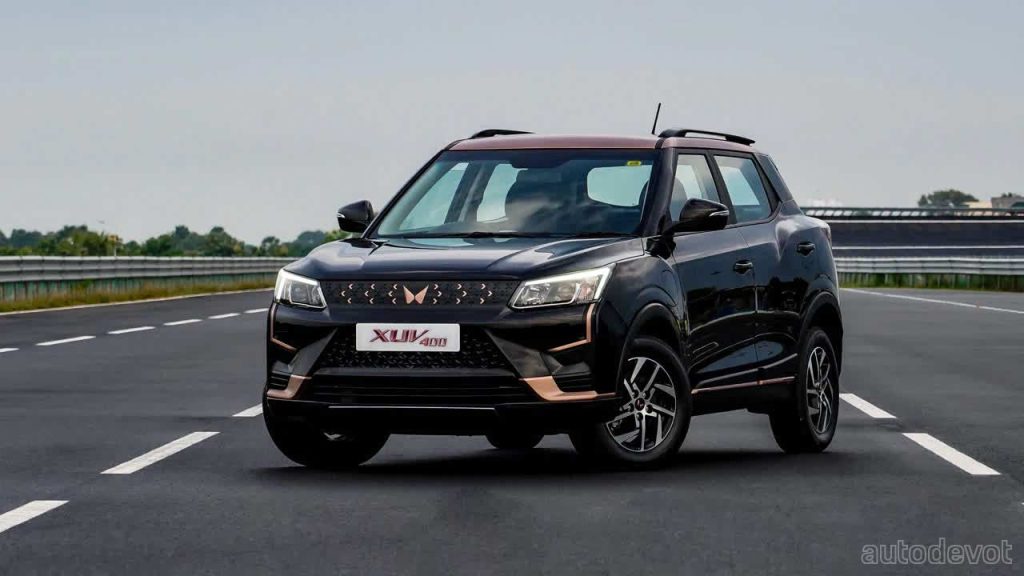 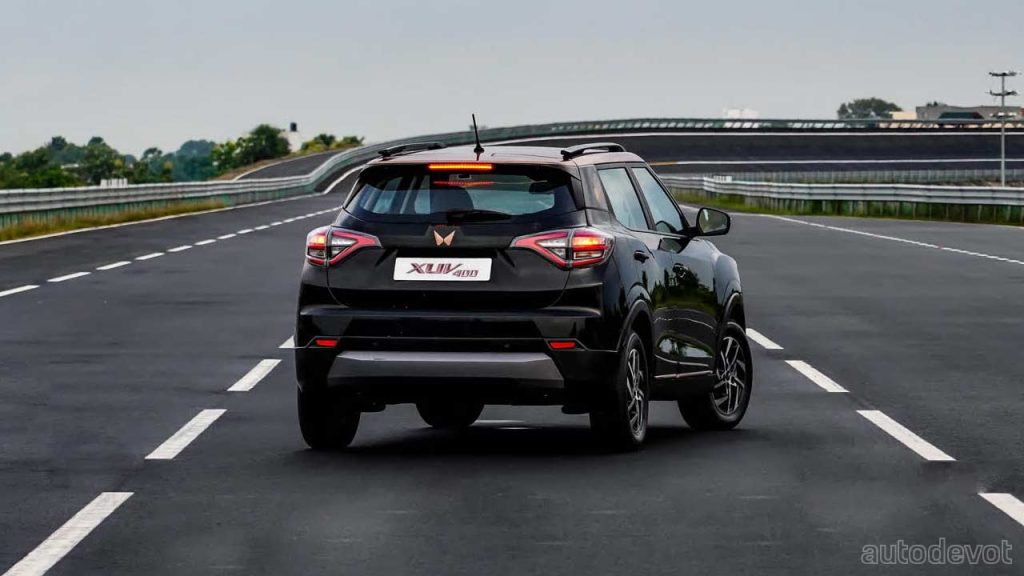 The battery pack is DC fast-charging capable, of course. Mahindra claims that when plugged into a DC fast charger, the XUV400 will replenish 80% battery capacity within 50 minutes. In addition, the electric crossover can be charged from any 16 amp plug point.