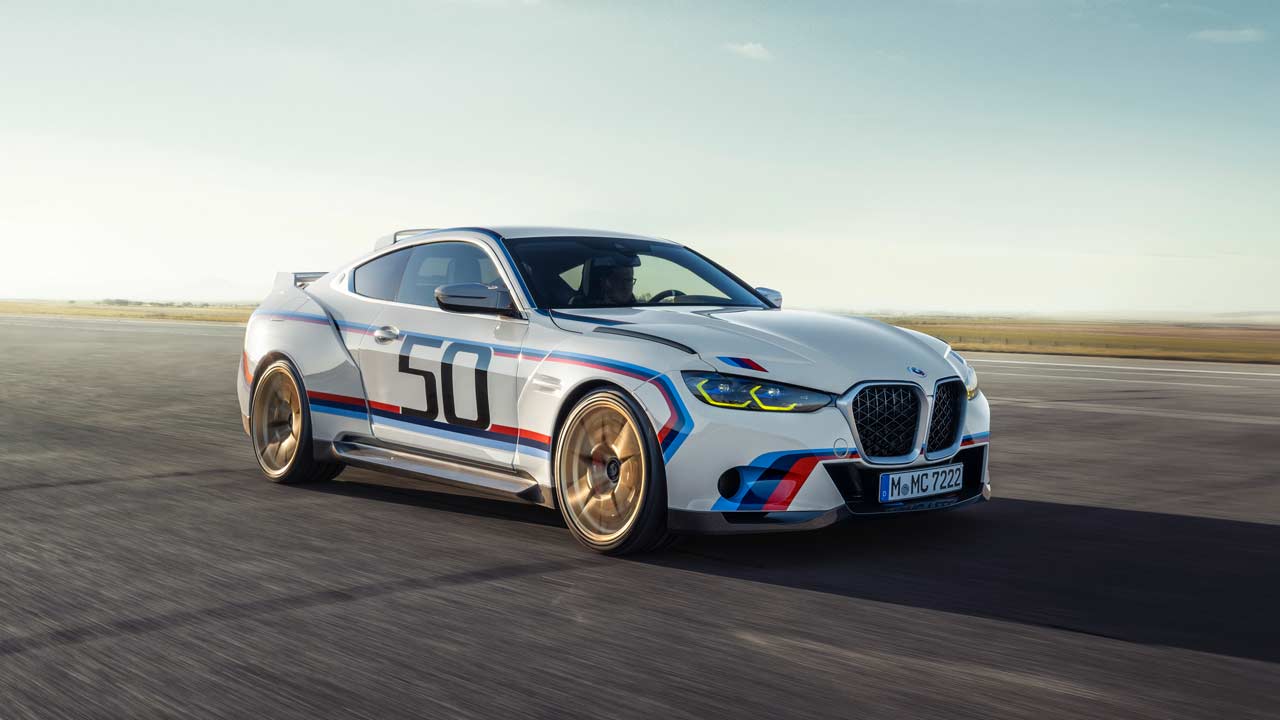 And, the most-powerful 3.0L straight-six ever.

Exactly 50 years ago, BMW built the original 3.0 CSL—which was a lightweight, racing version of the E9 coupe. The car even won the European Touring Car Championship during its inaugural season in 1973 with Niki Lauda and Brian Muir behind the wheel. It went on to win the championship title five more times in succession from 1975 to 1979 with other notable drivers including Toine Hezemans, Hans-Joachim Stuck and Chris Amon. Thanks to its aggressive aero bodykit that included a gigantic wing and a roof spoiler at the rear, the 3.0 CSL had earned the nickname “Batmobile”. For those scratching their heads, the name CSL is an acronym for Coupé, Sport, Leichtbau (Coupe, Sport, Lightweight). 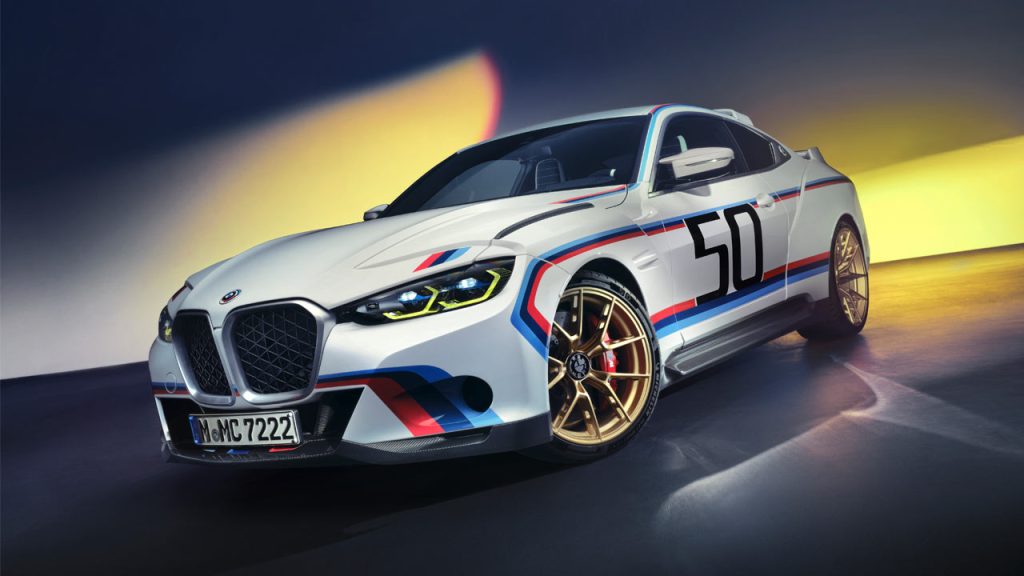 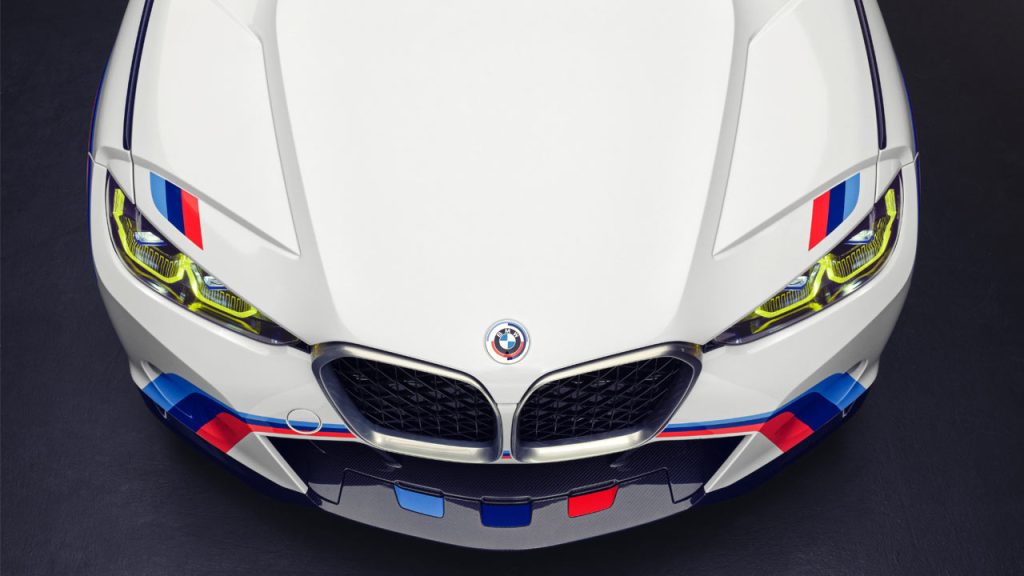 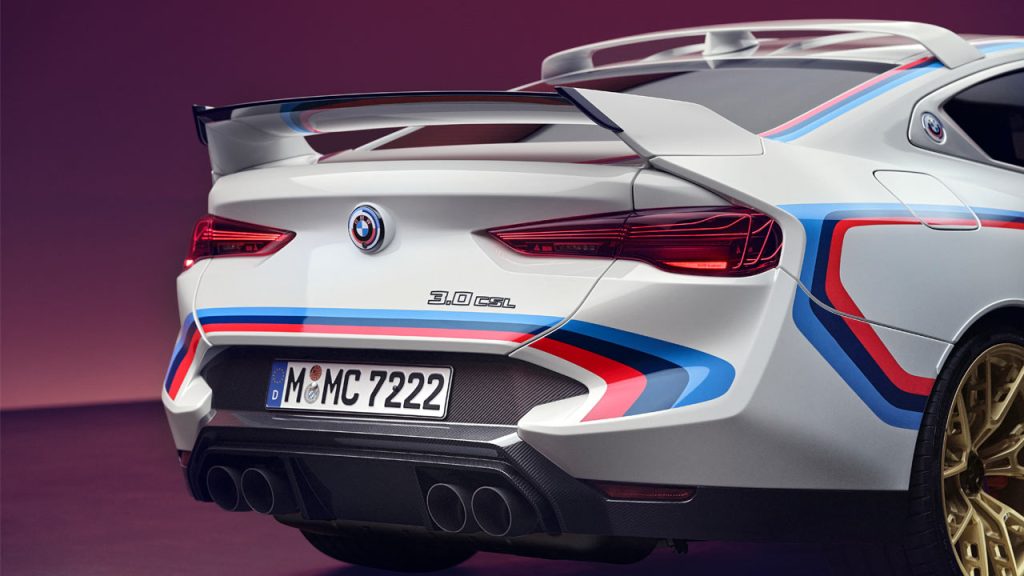 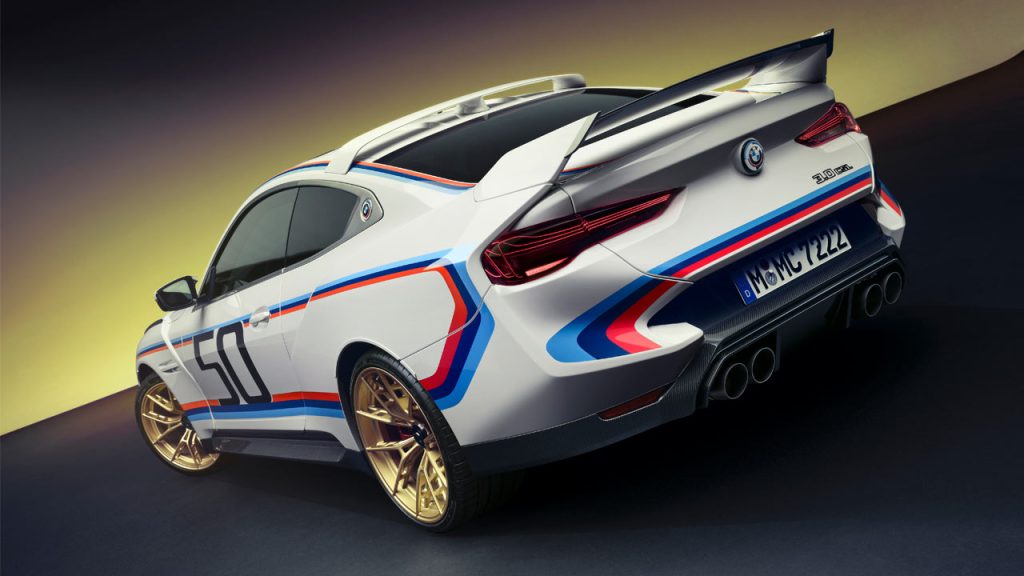 What we are seeing here is a limited-edition homage to the original BMW 3.0 CSL. But unlike the original car, the homage car carries license plates, which means it is road legal. The 2023 BMW 3.0 CSL looks just as crazy as the original, and if you dig it, you gotta hurry up and use up every influence you could possibly use because BMW is building only 50 units for the entire planet. BMW didn’t share the pricing but said that the production of all individually-numbered 50 cars will be done in around 3 months, with each 3.0 CSL taking 10 days to put together.

In case you couldn’t figure it out already, the new BMW 3.0 CSL is a retro-flavored, hyper version of the 2023 M4 CSL we saw in May this year. The bodykit features a roof spoiler and a gigantic wing at the rear, very similar to those of the original car. Some of the styling and aero elements are inspired by the 2015 3.0 CSL Hommage concept, and I guess you could say the 2023 3.0 CSL is a production version of it. Since only 50 cars are being built, both the base color and the M stripes (known in technical jargon as “livery”) are applied largely by hand, which makes it extra special for future owners. 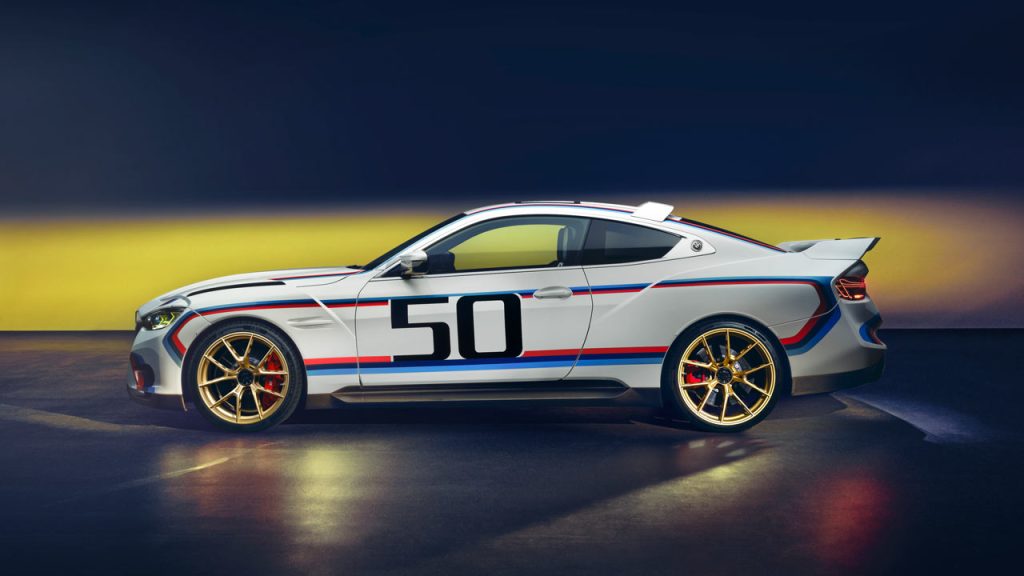 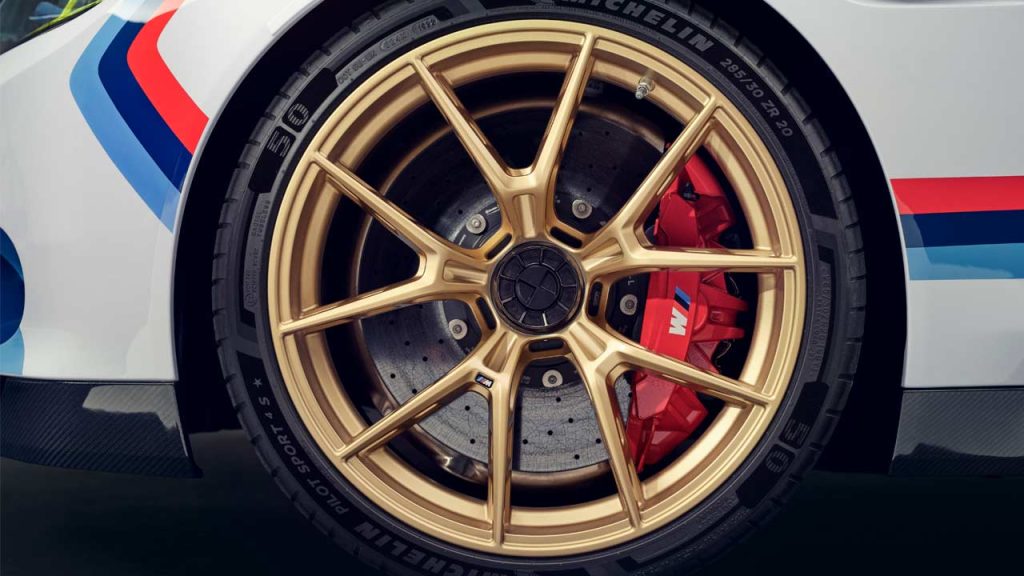 CFRP components are used generously to keep the weight down, plus a titanium silencer shaves off around 4.3 kg (9.5 lbs) compared with a conventional steel counterpart. The car rides on a staggered setup of forged light-alloy wheels measuring 20-inches on the front axle and 21-inches at the rear, wrapped with Michelin tyres developed exclusively for the new 3.0 CSL. The tyres bear the embossed number 50 on the sidewalls. Hiding behind the wheels are carbon ceramic brake discs measuring 400 x 38 mm at the front—gripped by 6-piston calipers and 380 x 28 mm at the rear—gripped by single-piston calipers. Adaptive M suspension with electronically controlled shock absorbers, and electromechanical M Servotronic steering with variable ratio, are also part of the package. 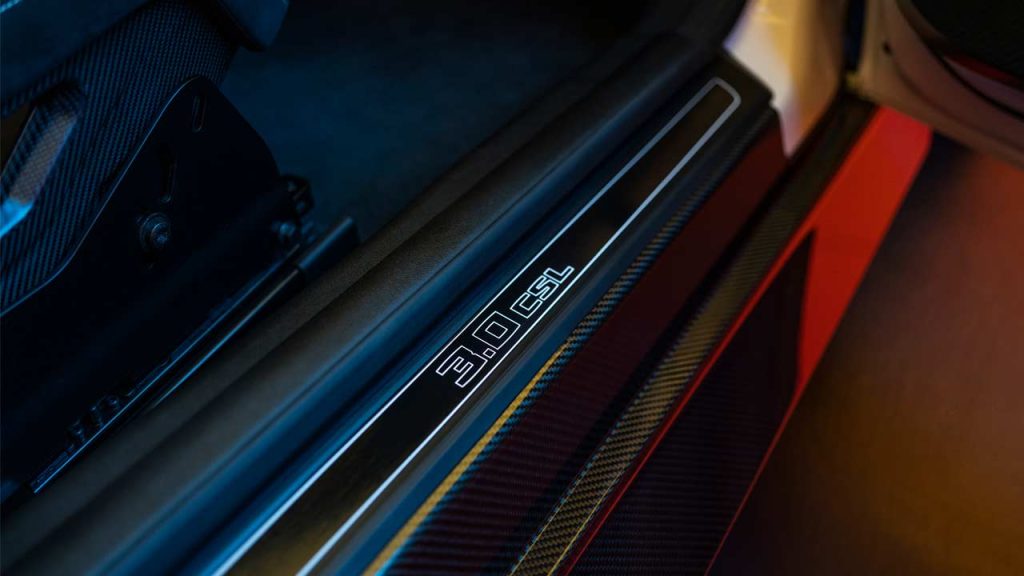 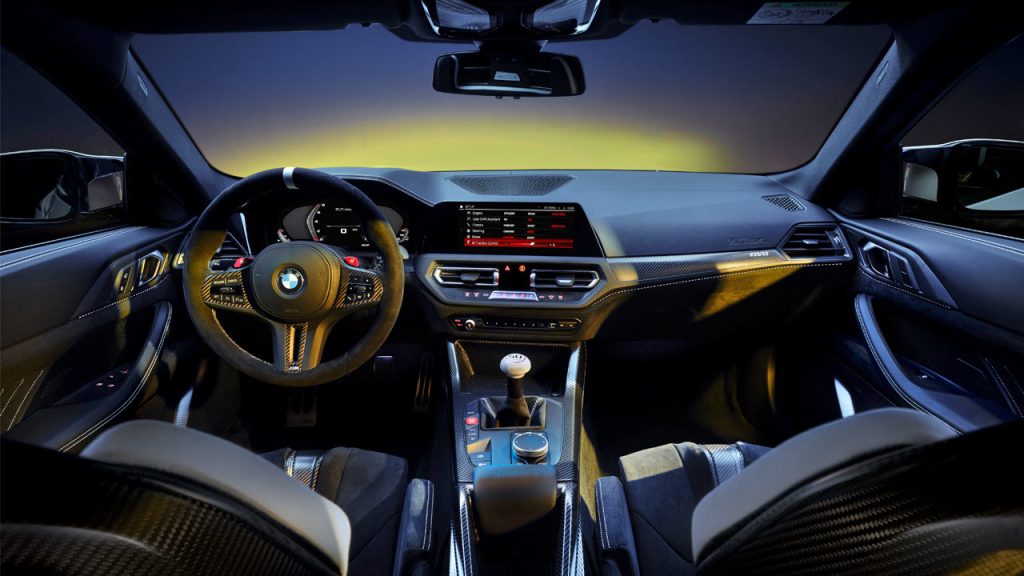 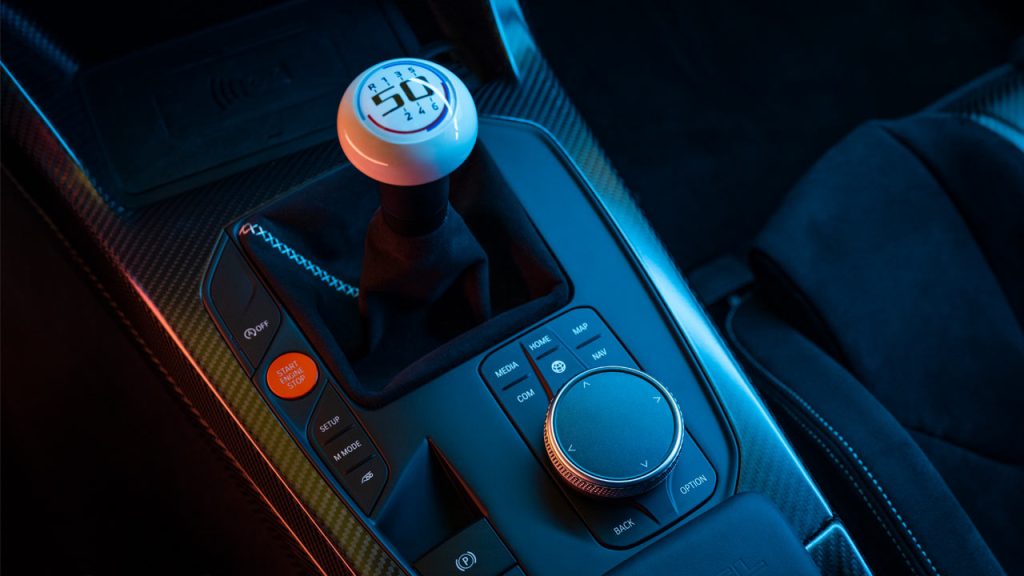 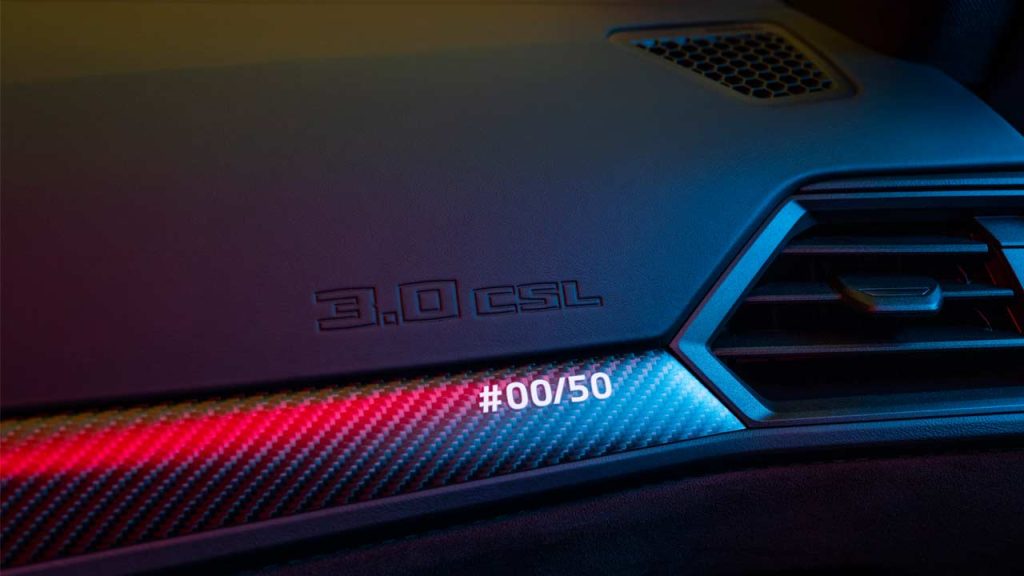 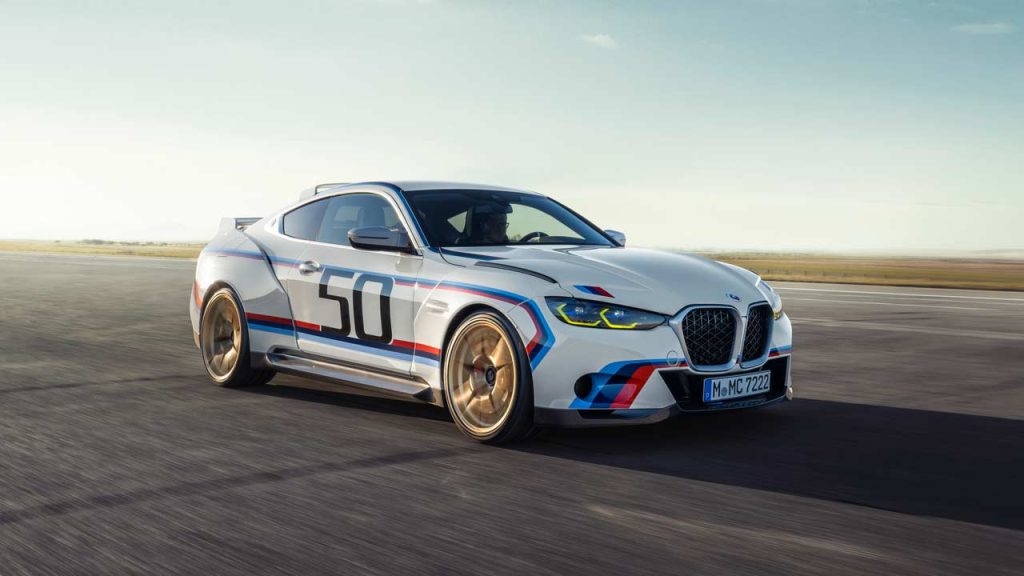 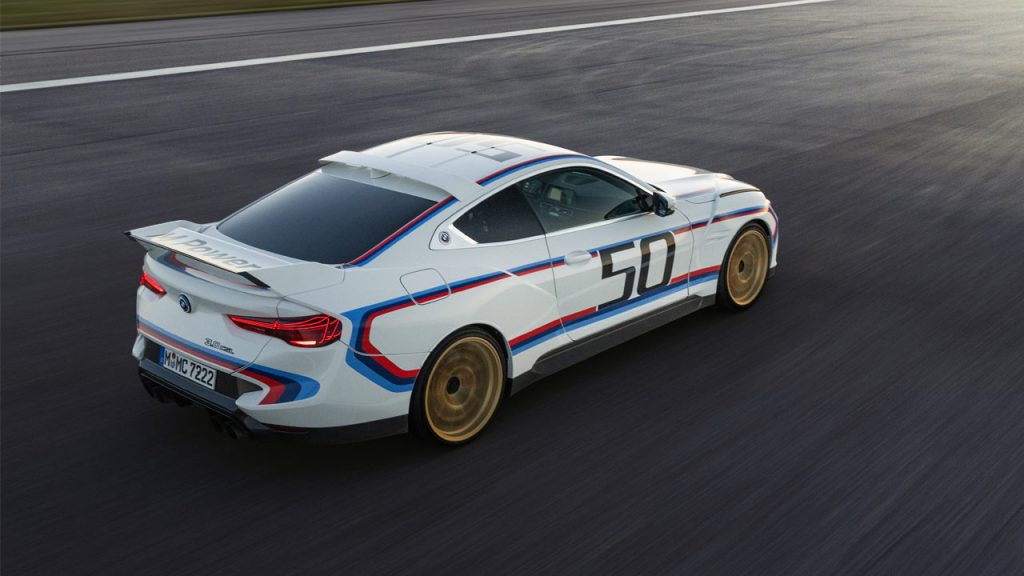 Moving on to the juicy bits of the story, the new BMW 3.0 CSL packs the most powerful straight-six engine ever used in a road-legal BMW M car. The re-worked 3.0L twin-turbo engine pumps out 412 kW (560 metric hp) and 550 Nm (406 lb-ft). 10 more horses but 100 Nm less than the M4 CSL; the latter is most likely due to the gearbox used. The engine is coupled with a 6-speed manual gearbox driving the rear wheels. The rear axle gets an Active M Differential.