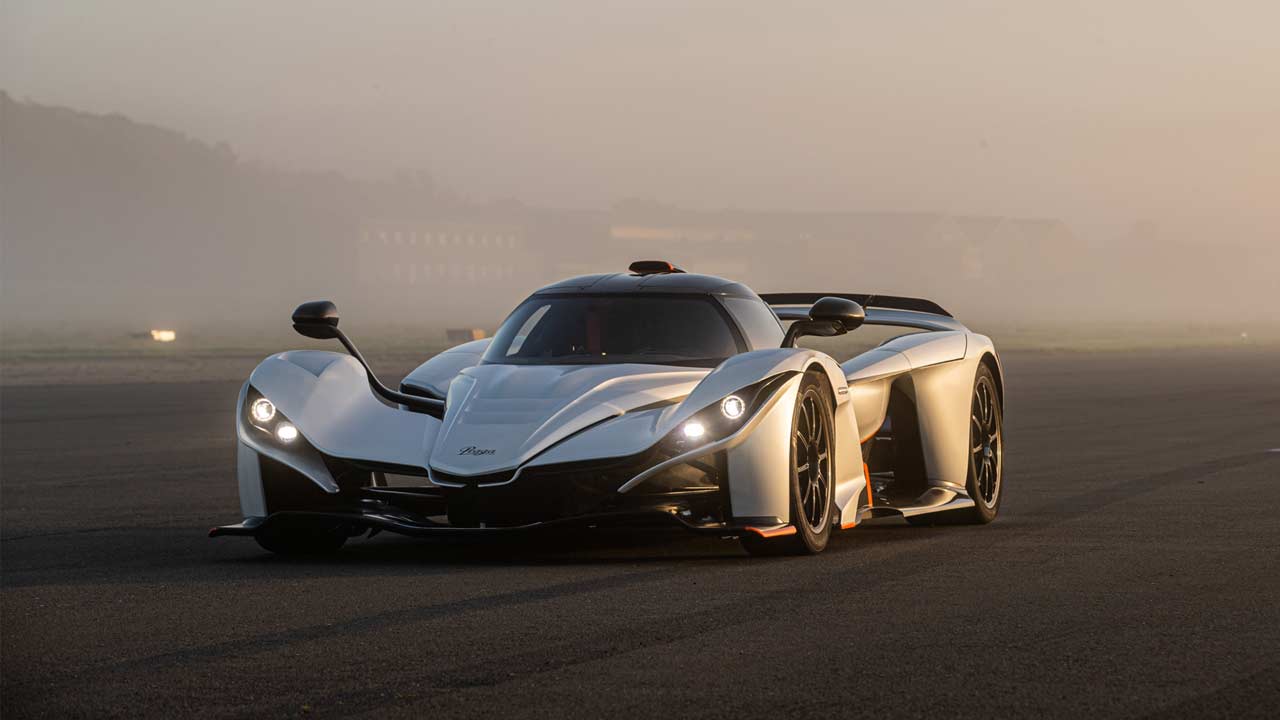 Not just any Japanese heart though; it’s from the Godzilla..

115-year-old Czech firm Praga which produced everything that could move including motorcycles, cars, aircrafts, buses, trucks, and believe it or not, military tanks too, returned to building cars with the track-only Praga R4S in 2011, followed by the track-only Praga R1 in 2012 and its road-legal sibling R1R in 2016. Now though, it’s time for a new track-focused but road-legal car. It’s called the Praga Bohema. It is limited to 89 units, a number that celebrates the 89th anniversary of Praga’s historic 1933 road race victory.

Price? Well, €1.28 million in Europe and £1.1 million in the UK; taxes extra, of course. Production is scheduled to begin in the Czech Republic in the second half of 2023, with just 10 cars initially scheduled for the year 2023. Praga also plans to open a new global brand centre in the UK in 2023, but we’ll talk about that in a different story. 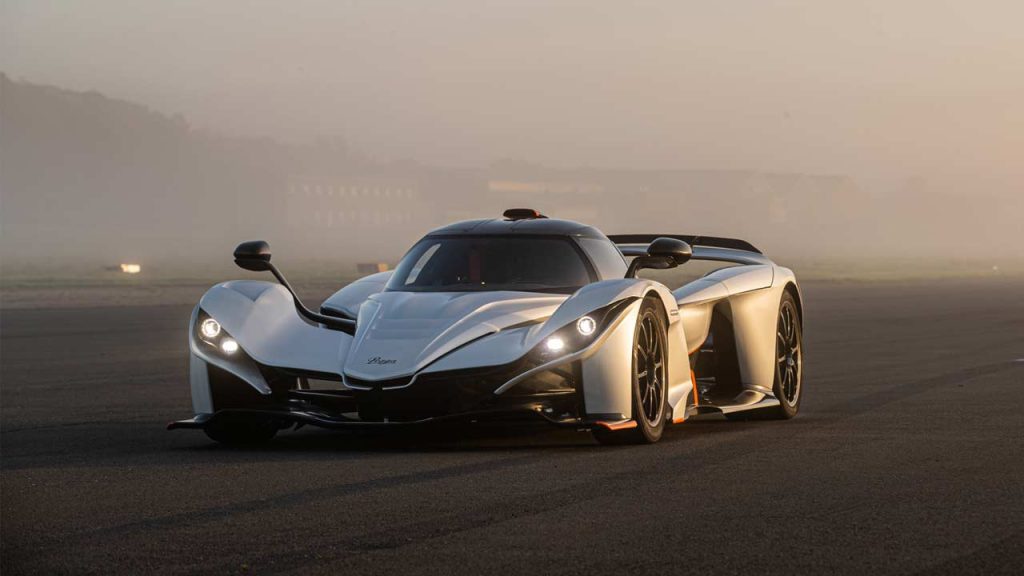 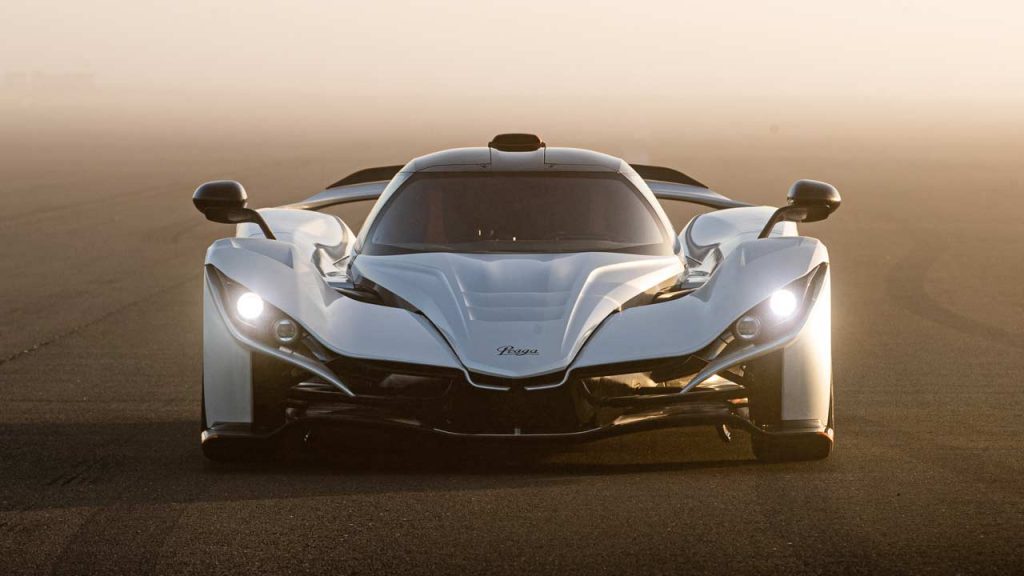 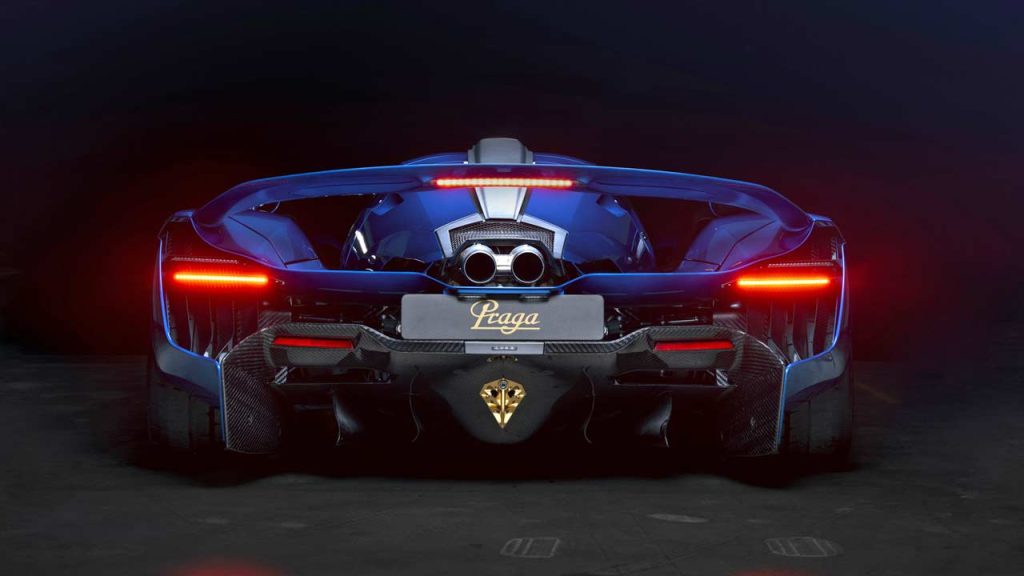 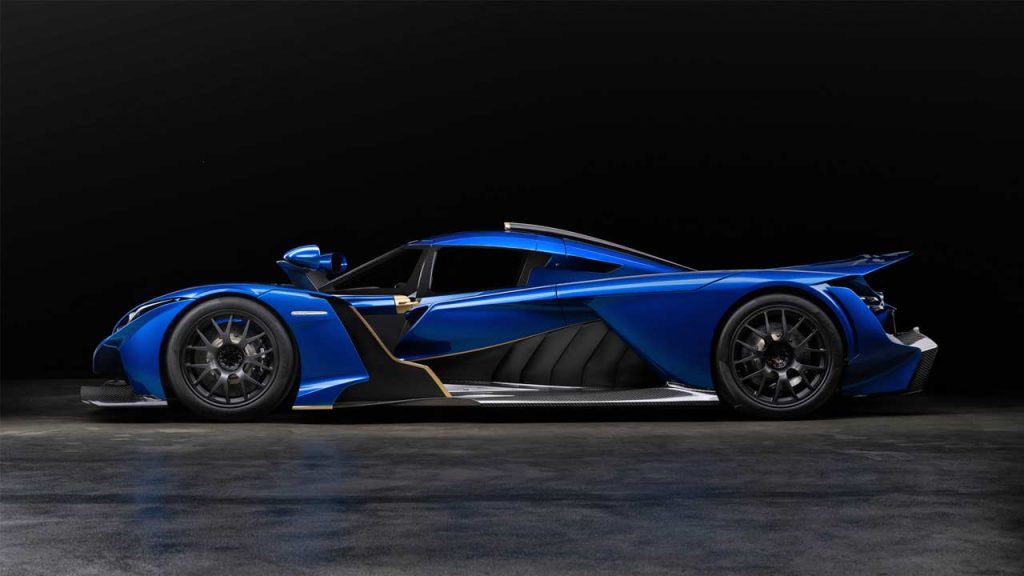 As for this story, well, as mentioned, the Praga Bohema is a track-focused road-legal hypercar. Visually, the Bohema looks like an evolved, second-gen version of the R1R. The construction is mostly carbon fibre (including monocoque and body panels), and Praga is targeting a dry weight of 982 kg (2,165 lbs). As you can probably tell, the Bohema uses pushrods for suspension, with adjustable dampers. The hypercar rides on a staggered setup of centre-locked wheels measuring 18-inches at the front and 19-inches at the rear, wrapped with GT3-spec tyres. The front discs are 380 mm carbon ceramics gripped by 6-piston calipers. As for the downforce, Praga claims 900 kg (1,984 lbs) at 250 km/h (155 mph). 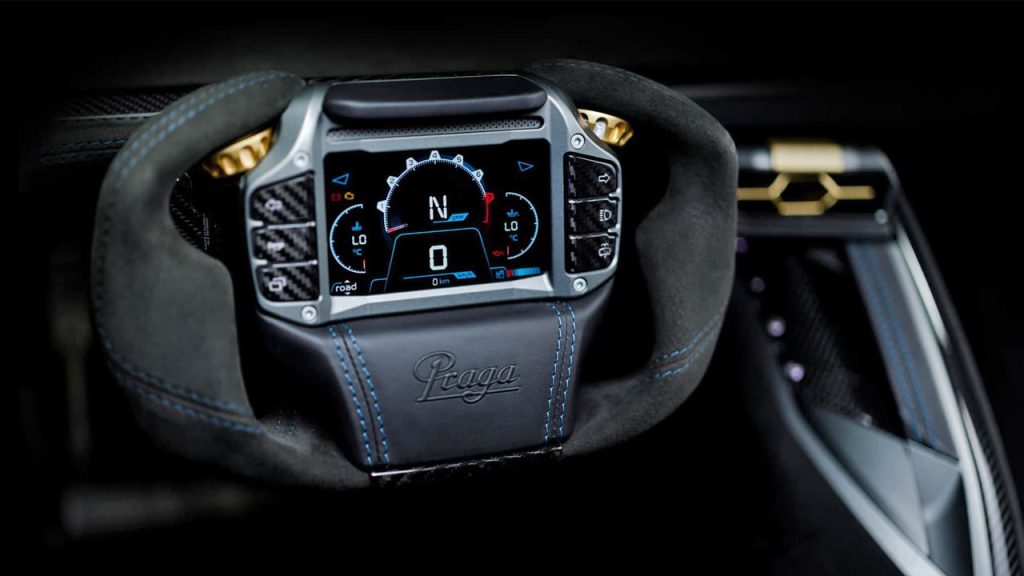 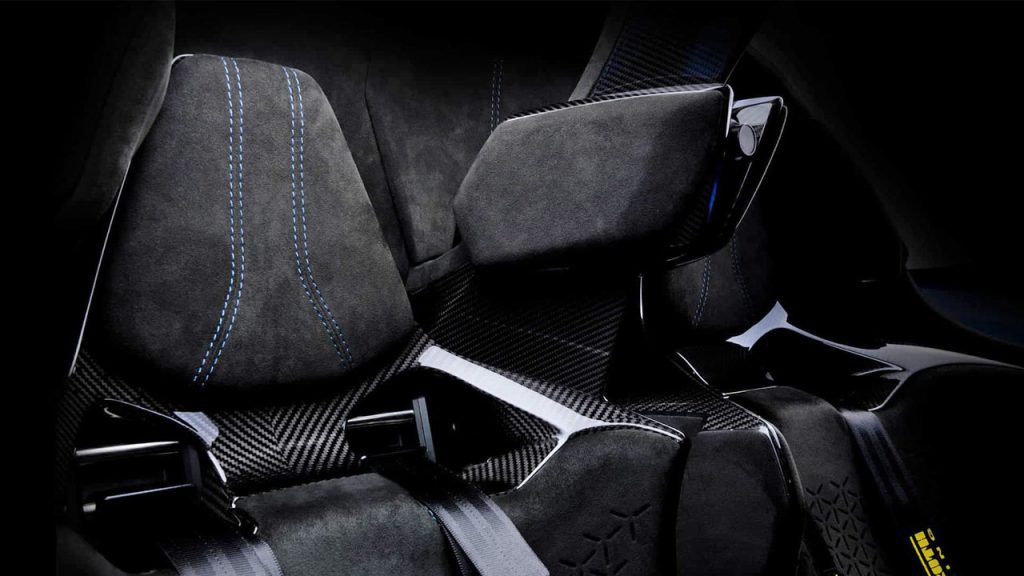 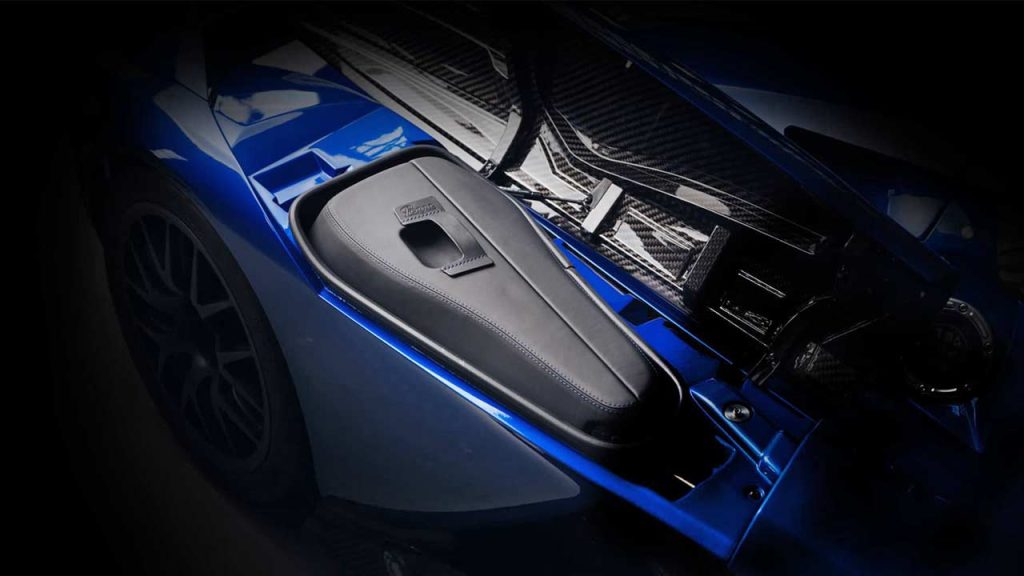 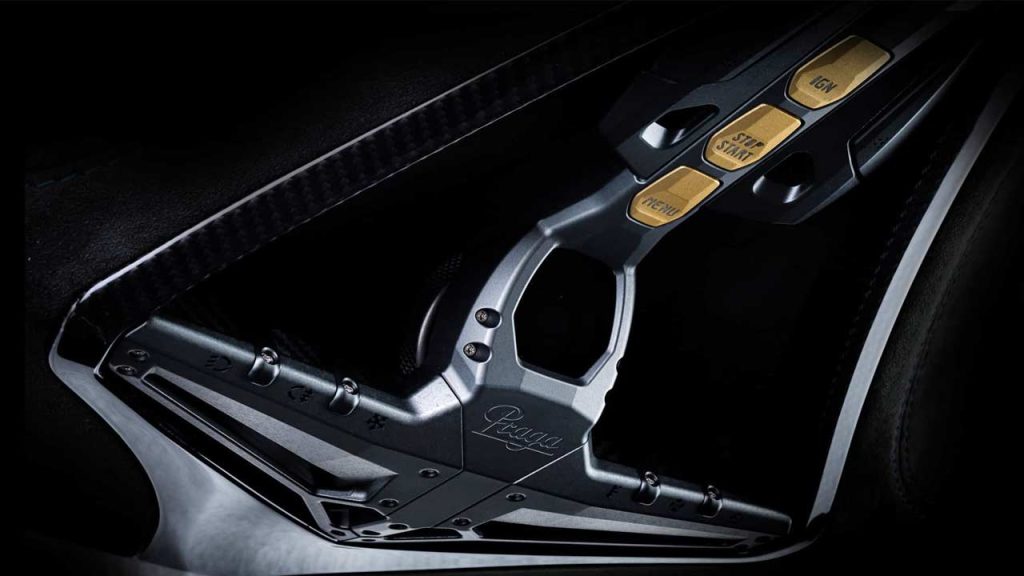 As mentioned, the car itself has a target weight of 982 kg (2,165 lbs), but for the cockpit itself, Praga is targeting 34 kg (75 lbs), thanks to its structurally designed 56 individual carbon parts. There’s also a generous usage of Alcantara, as you can probably tell. The removable steering incorporates a large digital display, showing essentials such as speed, gear selected, oil & coolant temperatures, driving mode and warning lights. To either side is switchgear for indicators, horn and further functions, plus rotary thumbwheel selectors (Golden-ish ones at the top). One of the key highlights of this hypercar is 50-litre side pods featuring bespoke luggage to store helmets and other bits & bobs. 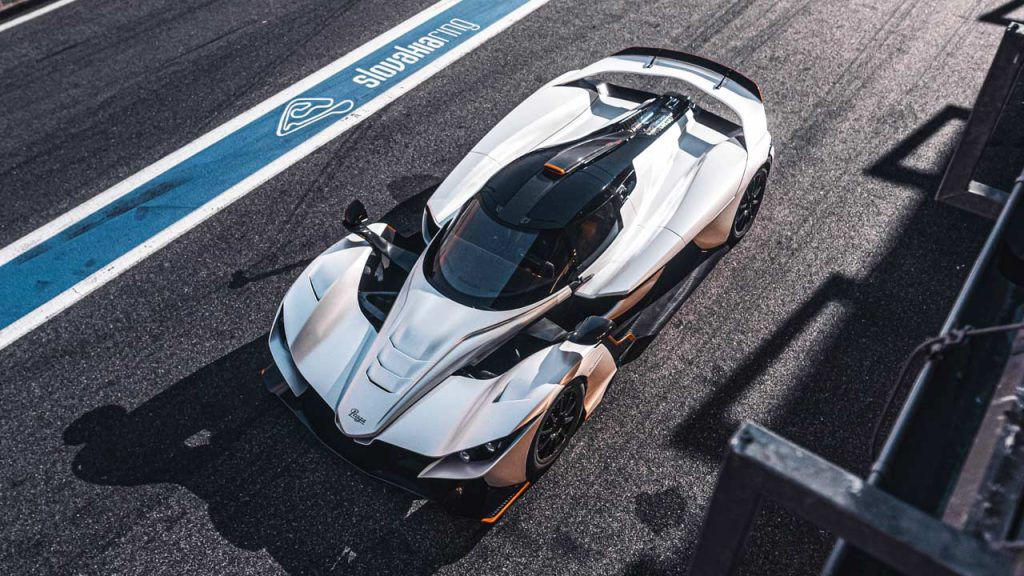 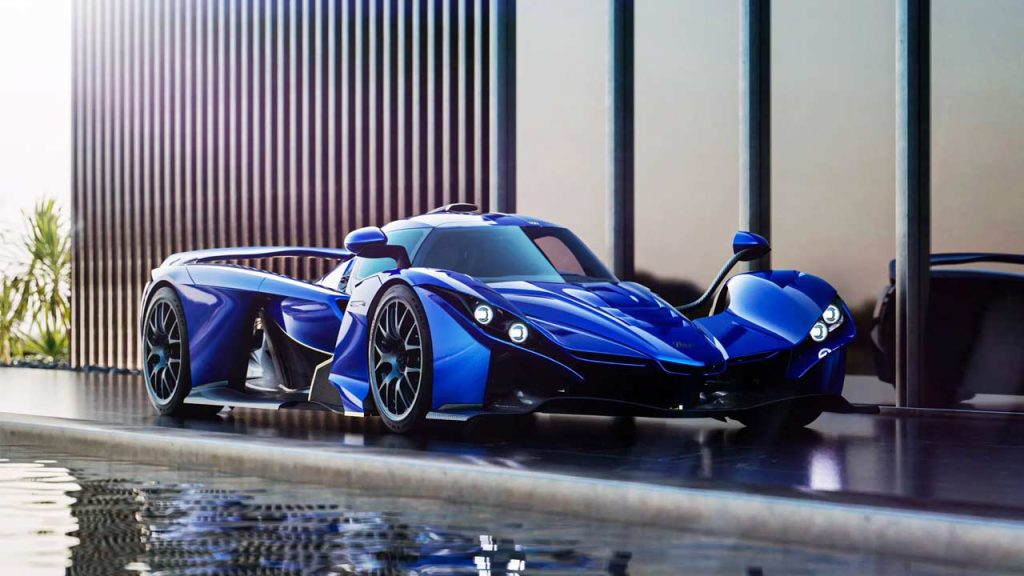 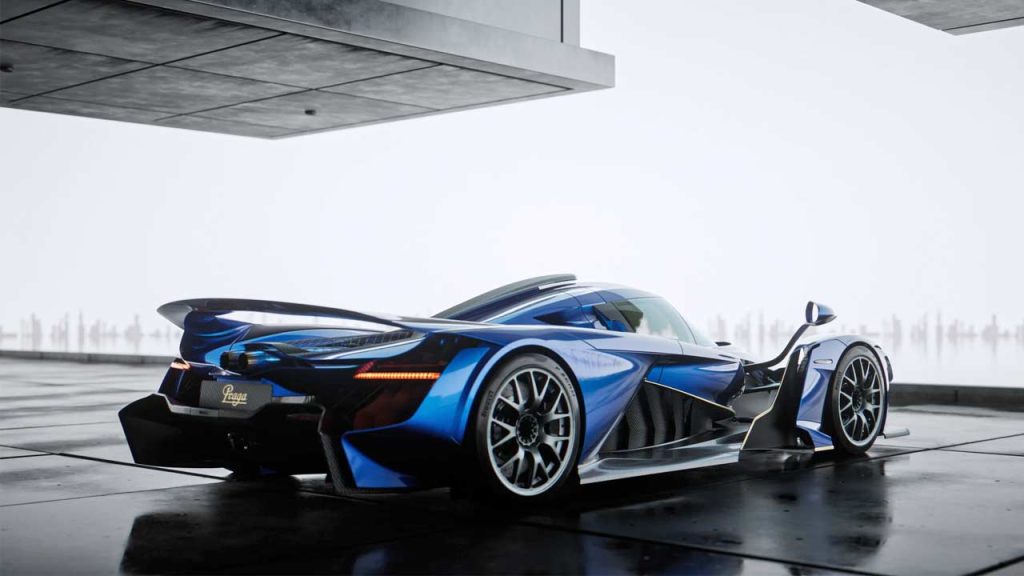 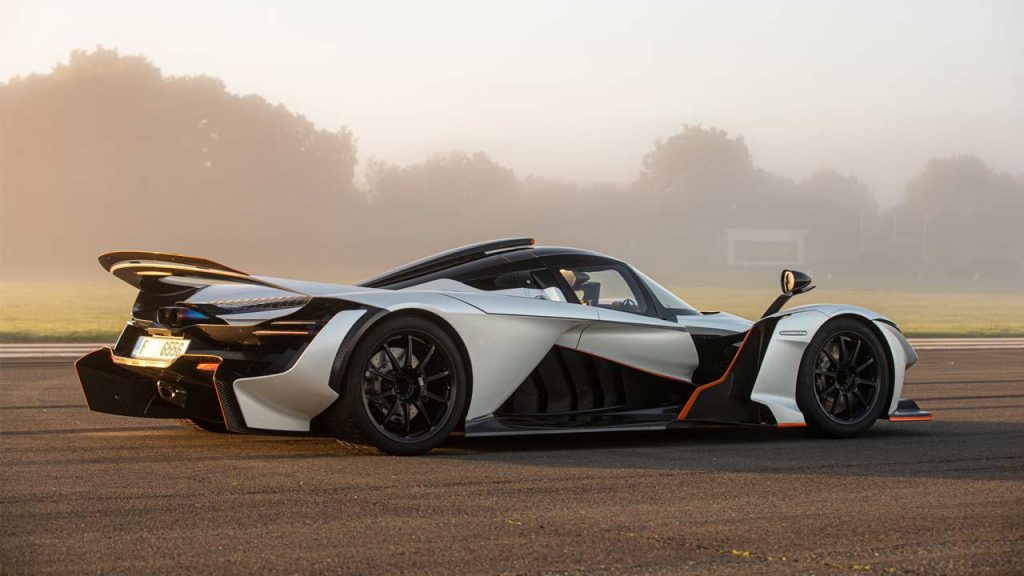 Litchfield strips the stock engine and converts it to a dry sump engine, which reduces the overall height of the unit by 140 mm. This allows the engine to sit lower in the Bohema while preventing the risks of oil surge under high-speed cornering loads. Of course, the stock turbos are also swapped for new ones. The engine breathes out through exhausts that are titanium right from the turbos to the tailpipes.

Praga has roped in F1 and IndyCar star Romain Grosjean for testing the Bohema. “Driving the Bohema is an experience like no other. I do not recall driving a road-legal car that close to a race car. Not to mention the looks of it – it is gorgeous!” said Grosjean.