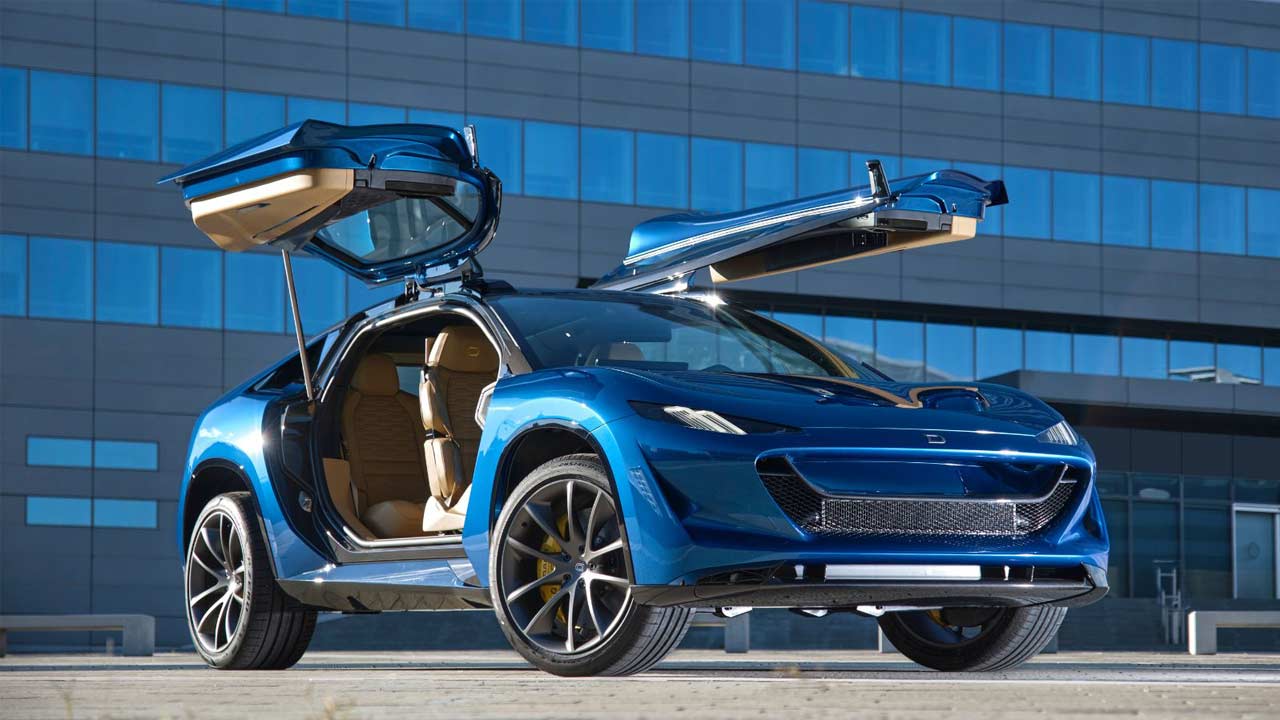 San Jose-based EV startup Drako Motors is showcasing the Drako Dragon electric SUV at the 2022 Los Angeles Auto Show. The company is accepting reservations for $500 now, but hopes to commence deliveries in 2026 (yes, you read that right). Reservation for the Dragon First Edition—limited to 99 units—is gonna cost $5,000. Price? Well, the base asking price is $290,000. 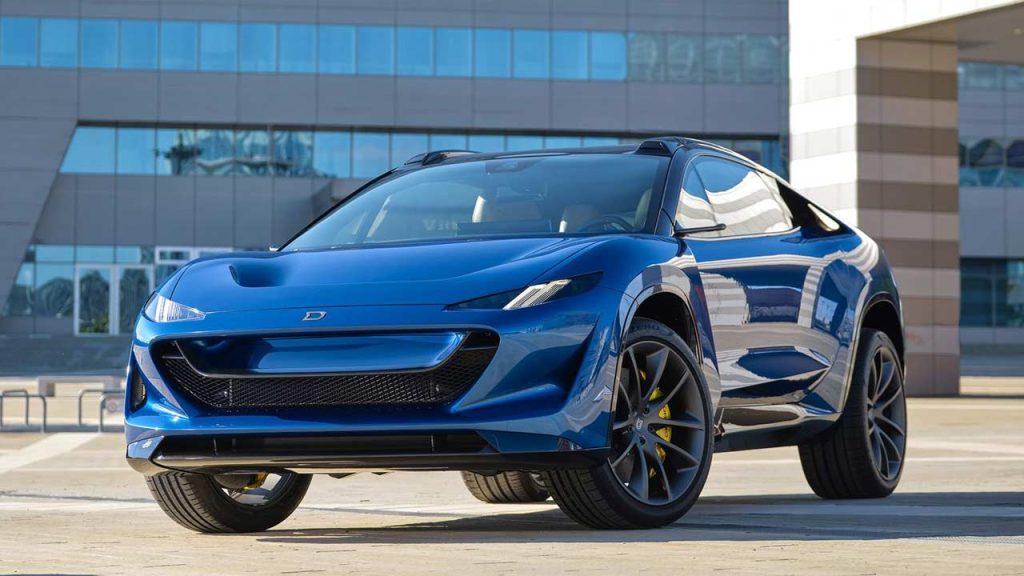 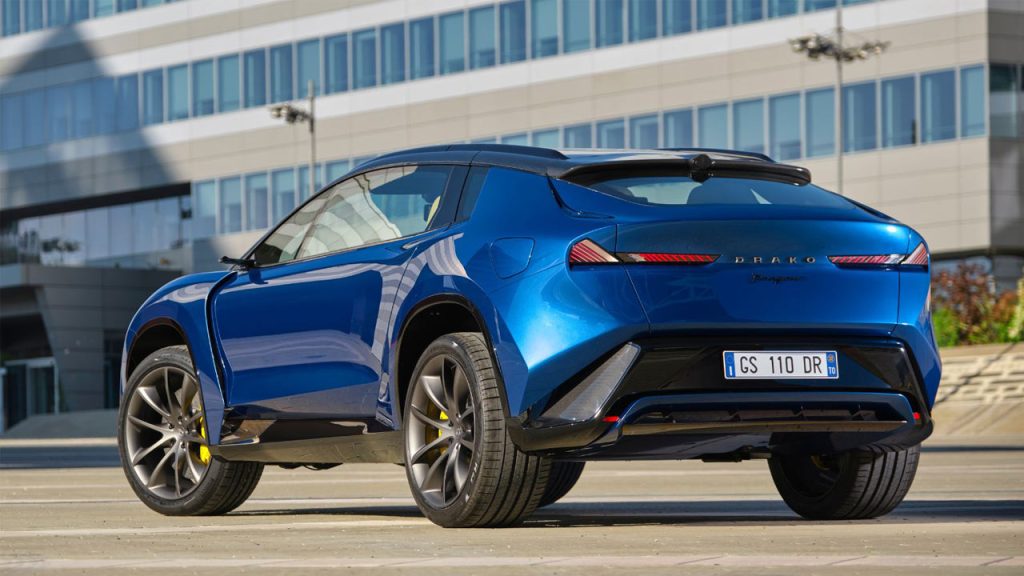 The Drako Dragon was apparently designed in Italy by Turin-based GranStudio led by Belgian designer Lowie Vermeersch. Before founding his own studio in 2011, Mr. Vermeersch worked for Pininfarina for more than a decade, and I think the Dragon’s styling shows Vermeersch’s past stint with Pininfarina. I mean, the car gives off Ferrari vibes from the front-three-quarter angles, and from the rear-three-quarter angles, it’s a bit of Lamborghini vibes, but maybe that’s just me. The wheel design too is very Ferrari-ish. The front-end has a lot of aero outlets, as you can probably tell, while the rear-end looks fairly clean.

Dragon also features rally lights integrated into its roof. As for the construction, Drako claims that it is pioneering the use of sustainable natural fibres in the body panels to reduce weight and improve rigidity while reducing plastic use by up to 70%. Natural fibre composites are said to offer full end-of-life recyclability. The monocoque structure is claimed to be fully made from carbon fibre. In fact, Drako claims that the Dragon is the world’s first production SUV with a full carbon fibre structure. However, despite all the weight-saving measures, the Dragon is estimated to weigh 2,254 kg (4,969 lbs), unsurprisingly.

For those who are interested to know the dimensions, the Dragon measures 5,055 mm (199-inches) long and 2,057 mm (81-inches) wide. Its height varies depending on the suspension mode. The Tarmac suspension setting gets you 165 mm (6.5-inches) of ground clearance, Cruise suspension 213 mm (8.4-inches) and Overland suspension up to 259 mm (10.2-inches). The crossover rides on gigantic 23-inch wheels. The carbon ceramic rotors measure 420 mm at the front—gripped by 10-piston calipers, and 410 mm at the rear—gripped by 6-piston calipers. 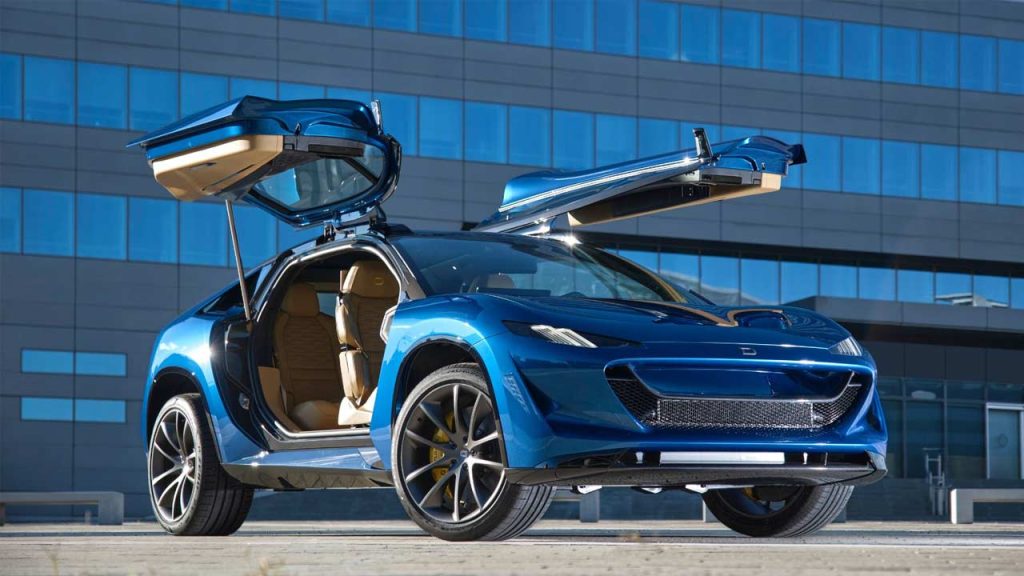 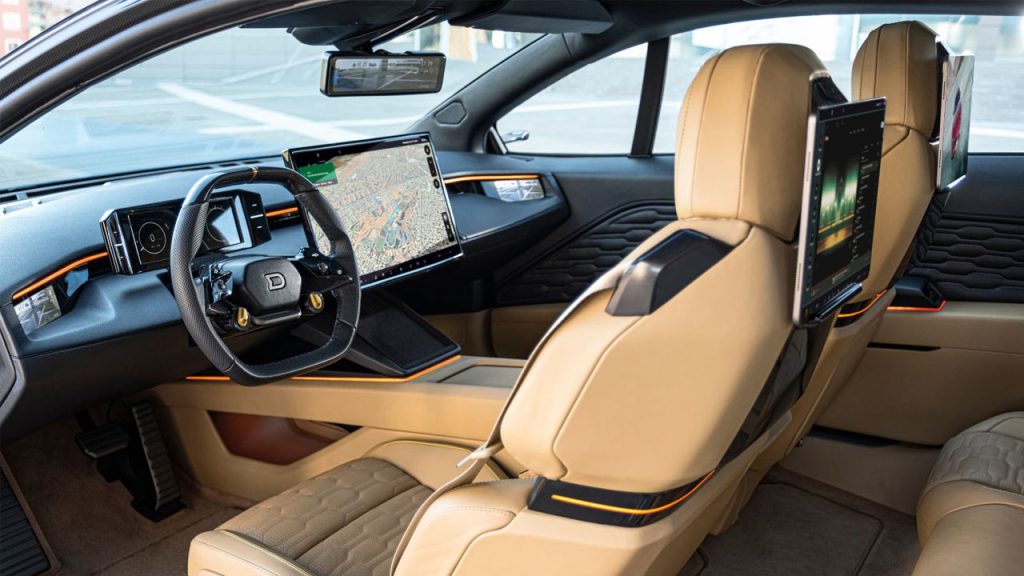 Yup, gotta have those gullwing doors, right? Once inside, you’ll see a comically huge 17.1-inch touchscreen in the middle of the dashboard, and at either end of the dashboard, you’ll find the displays for the camera-mirrors. The driver gets their own sensibly-sized display. And, the hexagonal steering has some physical controls, including those for the turn signals, windshield wipers, headlights, and horn, as well as two 5-way thumb controllers and a pair of driver-programmable rotary controls. And of course, the rear seat occupants get their own entertainment screens (optional package). Although upholstered in leather, the front seat shells are apparently made of carbon fibre.

The Drako Dragon boasts a quad-motor all-wheel-drive powertrain, claiming to offer a combined output of 2,000 horsepower, a 0-60 mph (96.5 km/h) time of 1.9 seconds and a top speed of over 200 mph (322 km/h). The battery pack capacity is not disclosed, but Drako estimates a range of 420 miles or 676 km. The battery pack is claimed to be capable of handling up to 500 kW DC fast charging.