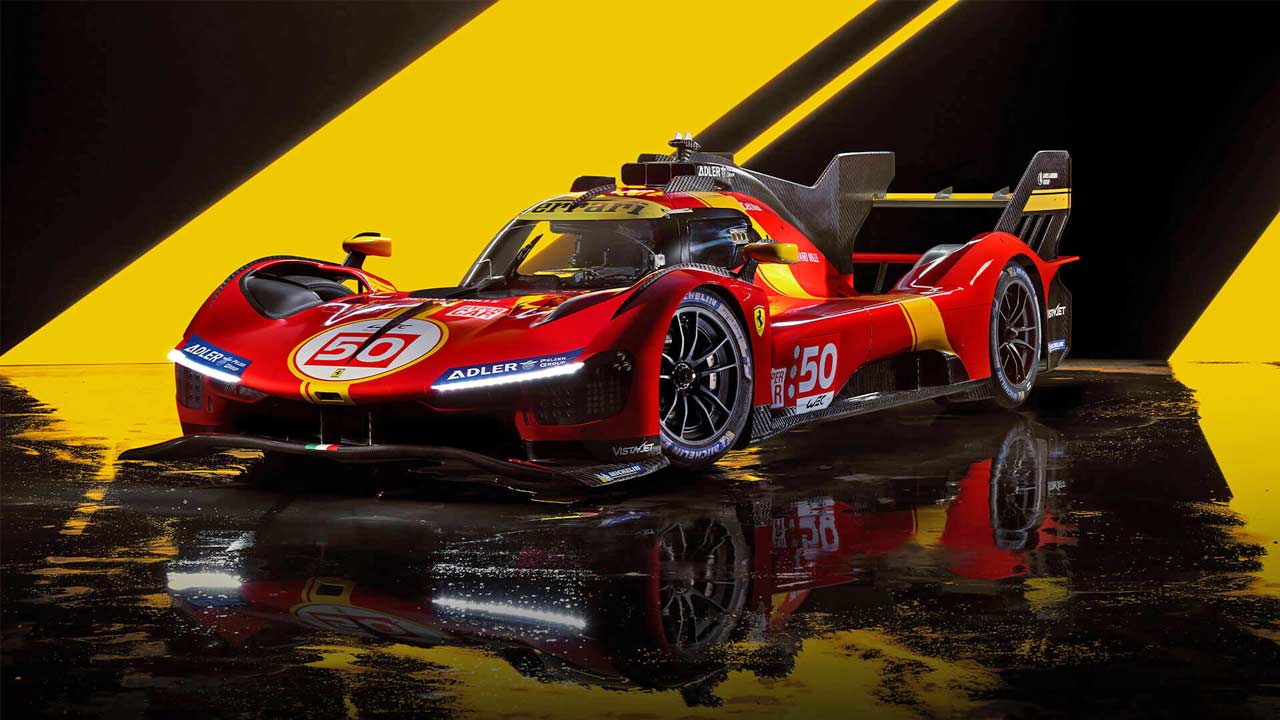 Ferrari has taken the camouflage off its new Le Mans contender that is all set to make its race debut next year in the FIA World Endurance Championship (WEC). Ferrari’s Le Mans hypercar is simply christened ‘Ferrari 499P’ where the ‘P’ stands for prototype, of course. Nope, the number ‘499’ doesn’t suggest the number of units Ferrari is building, but it refers to the capacity in cubic centimeters of each cylinder. However, what we do know is that two 499Ps will take part in the competition, one bearing number 50 and the other 51. 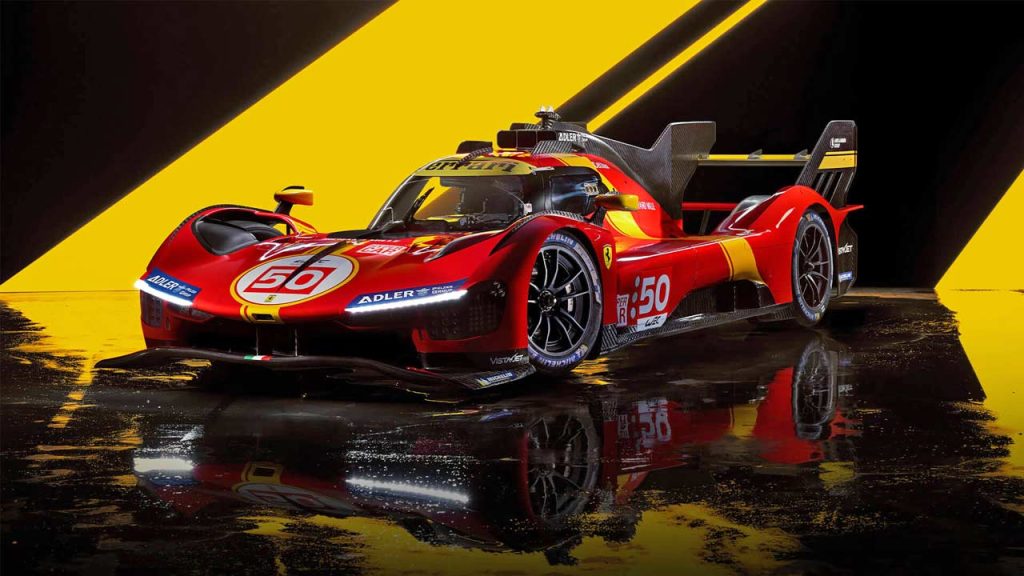 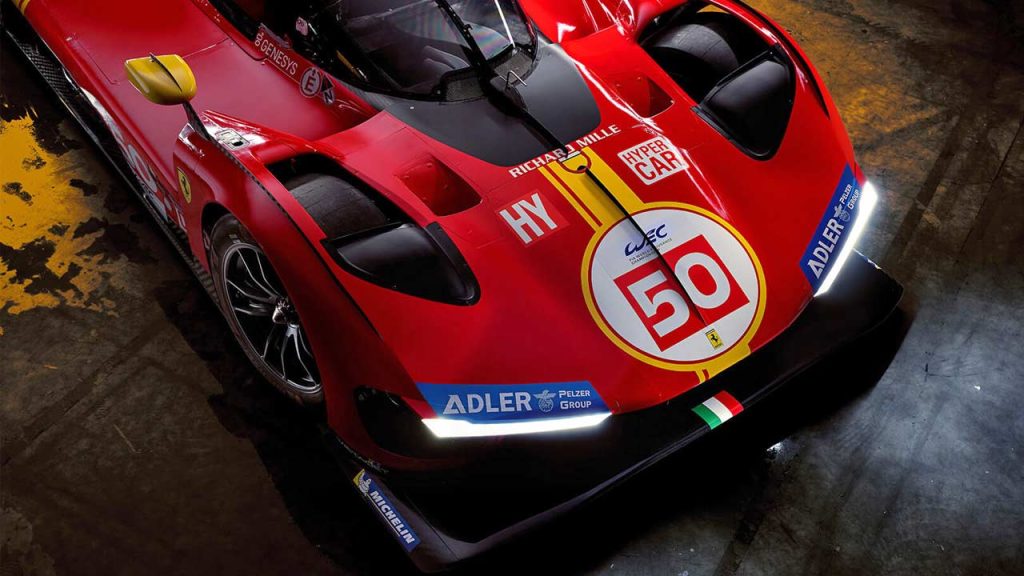 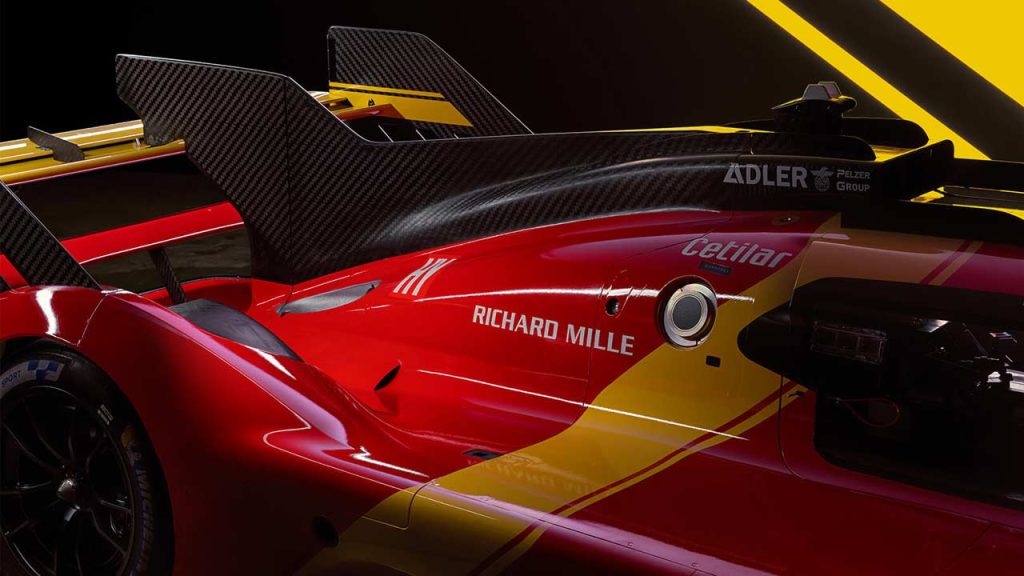 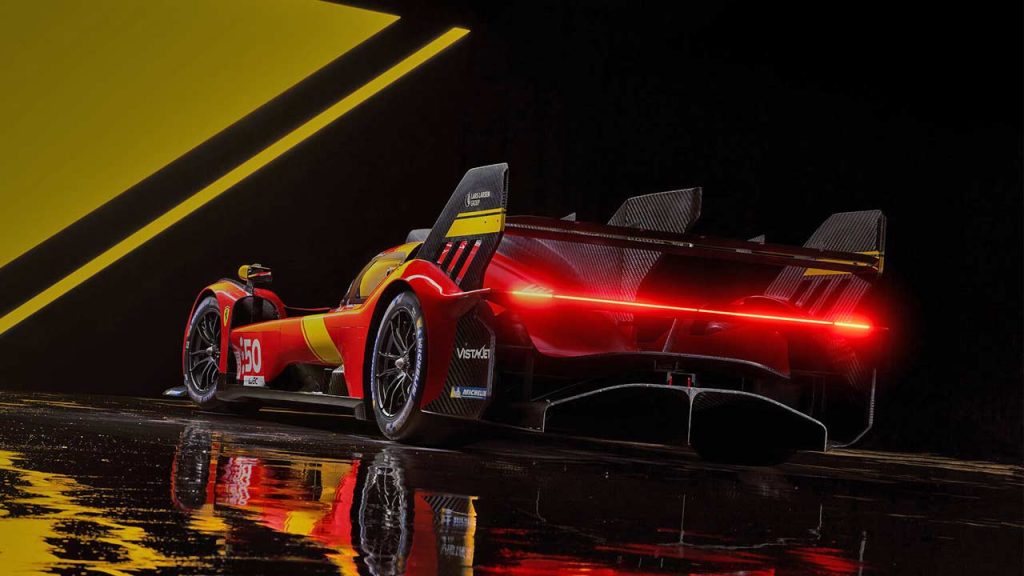 Although aerodynamics has been given the first preference, Flavio Manzoni and his team have managed to mix in a few retro cues into the styling, especially from the 312PB of the ’70s. The color scheme of the livery also comes from these ’70s race cars. Ferrari says that the 499P borrows some styling cues (especially the nose part) from the Daytona SP3 as well, which in turn had borrowed styling cues from past race cars. The bodywork has lots of gaps, gapes, intakes and outlets, so that the hybrid hypercar can effortlessly slice through the air. 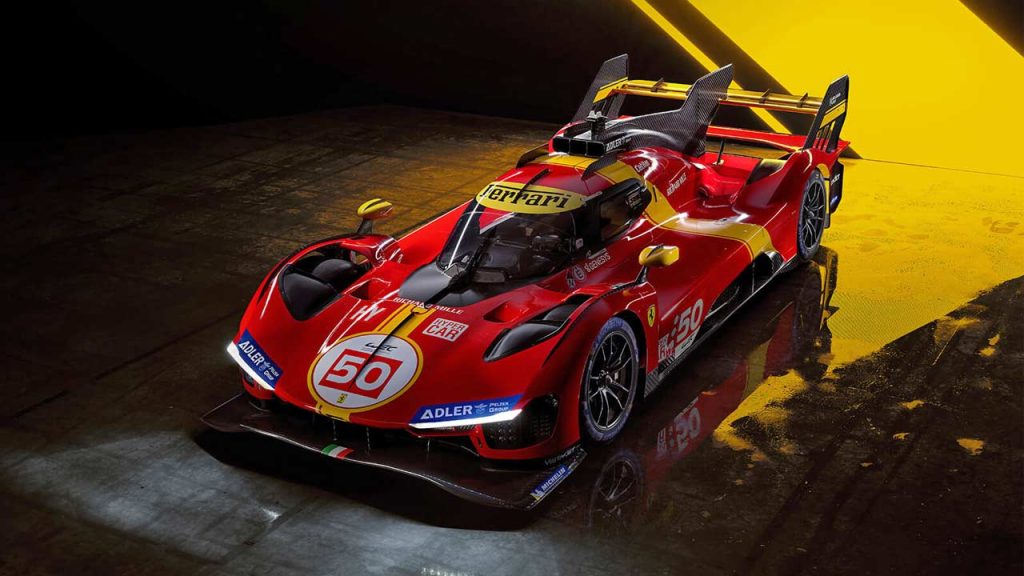 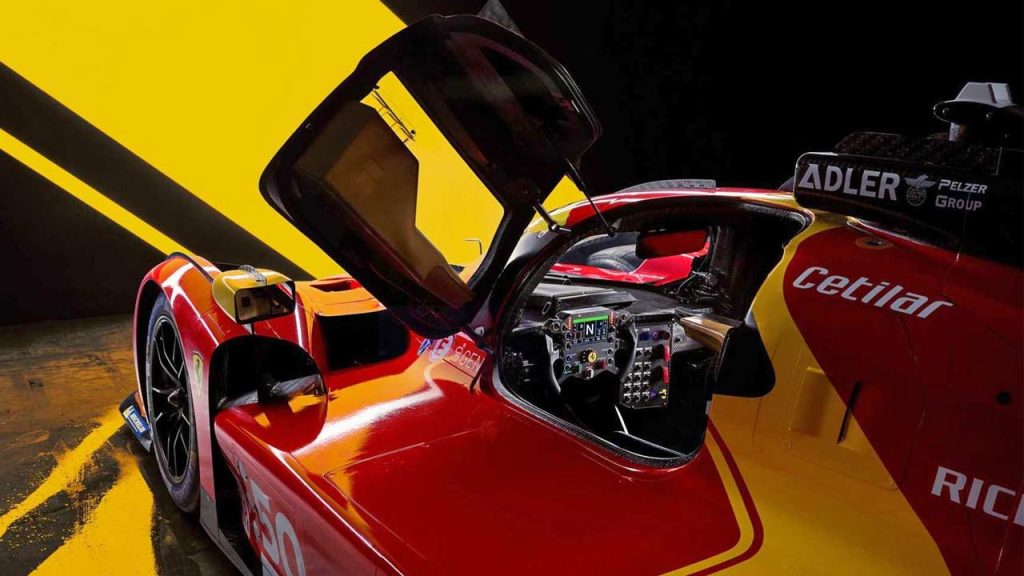 The hybrid powertrain is a combo of a mid-rear-mounted 3.0-litre twin-turbo V6 and an electric motor powering the front axle. The ICE is a variant of the one that powers the 296 GT3. It is coupled with a 7-speed sequential gearbox. The e-motor can offer a max output of 200 kW (272 metric hp), drawing juice from a 900-volt battery pack that is recharged during deceleration and braking. The system output, however, is capped at 500 kW (680 metric hp) as per the regulations.