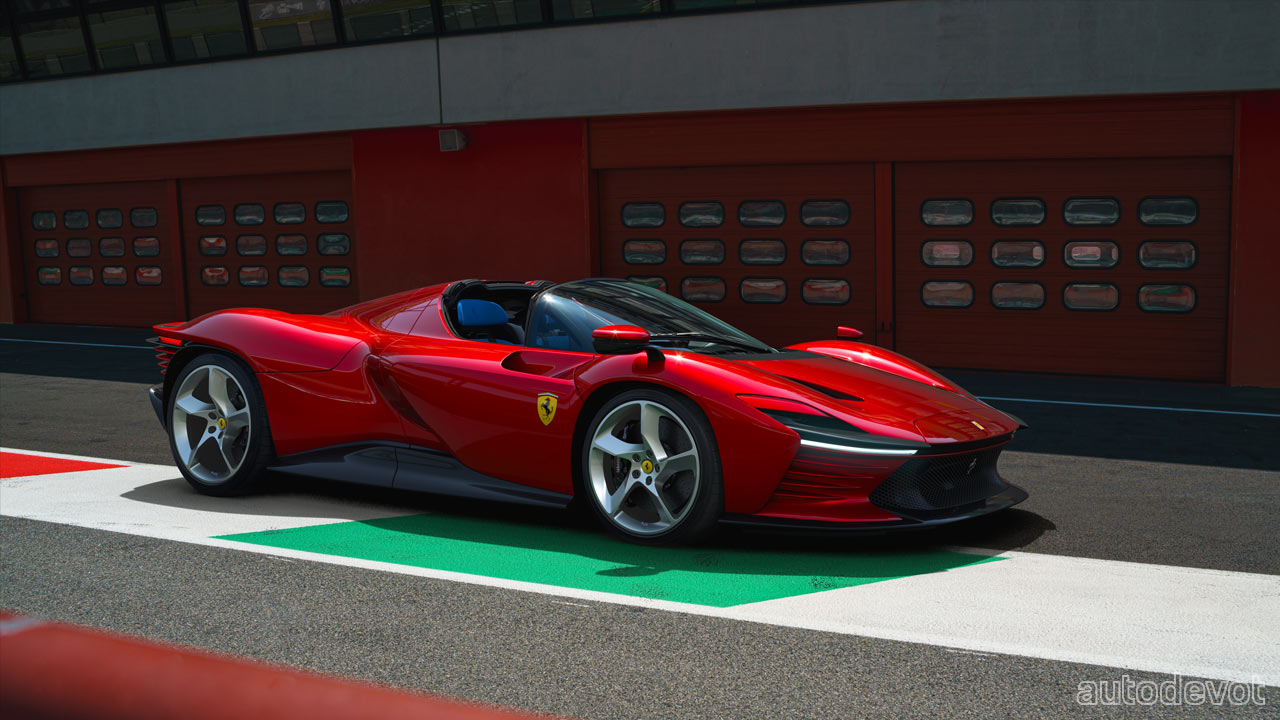 No active aero bits, but still the “most aerodynamically efficient” Ferrari ever built.

At the Mugello Circuit during the 2021 Ferrari Finali Mondiali, Ferrari revealed the next iteration of the Icona series which debuted in 2018 with the Monza SP1 and SP2 barchettas. Called the ‘Daytona SP3’, the SP3 in the name also pays homage to Ferrari’s famous 1-2-3 finish at the 1967 24 Hours of Daytona. 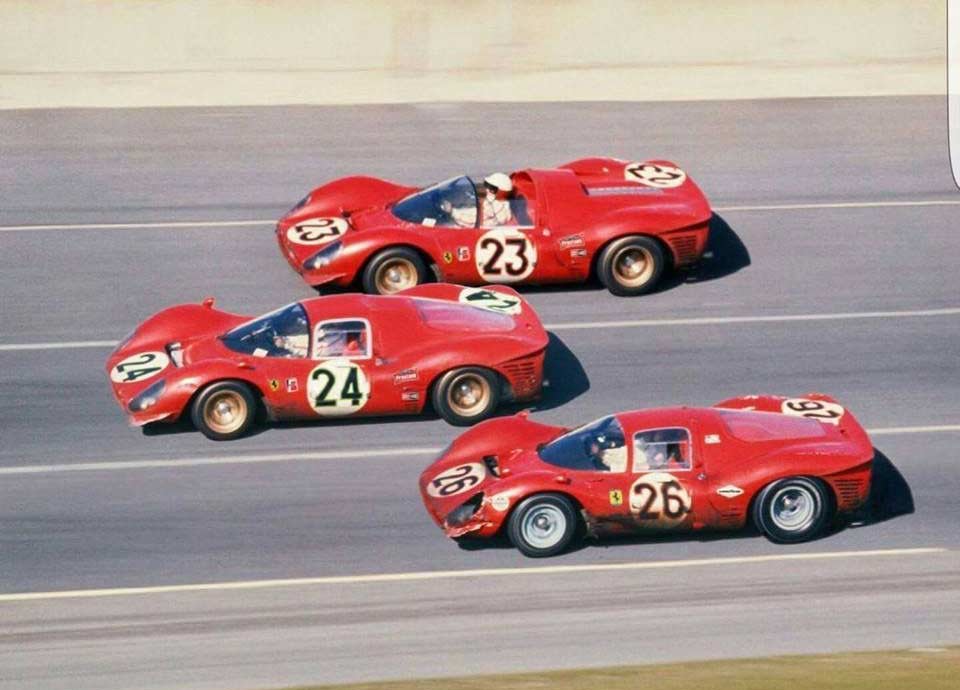 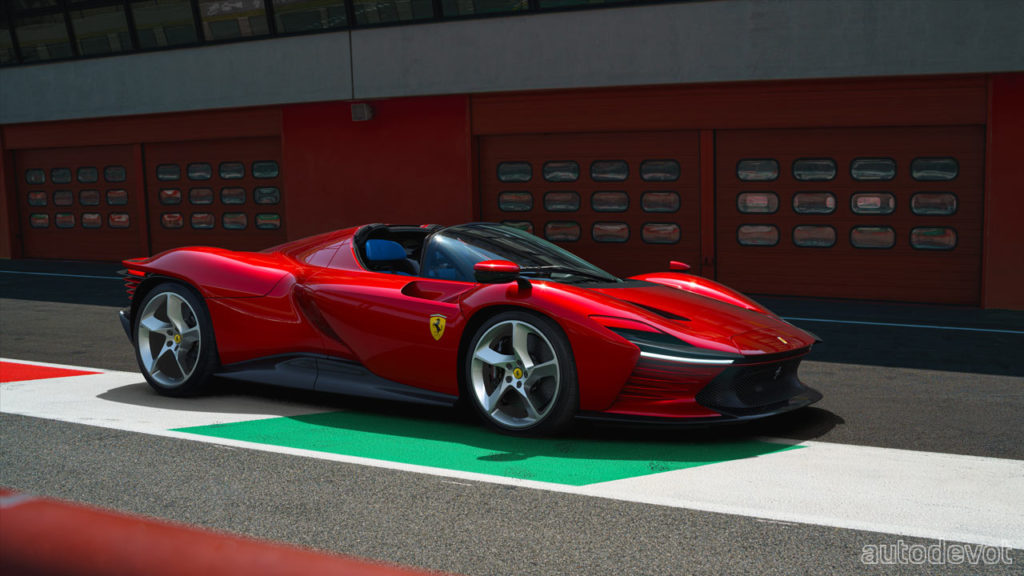 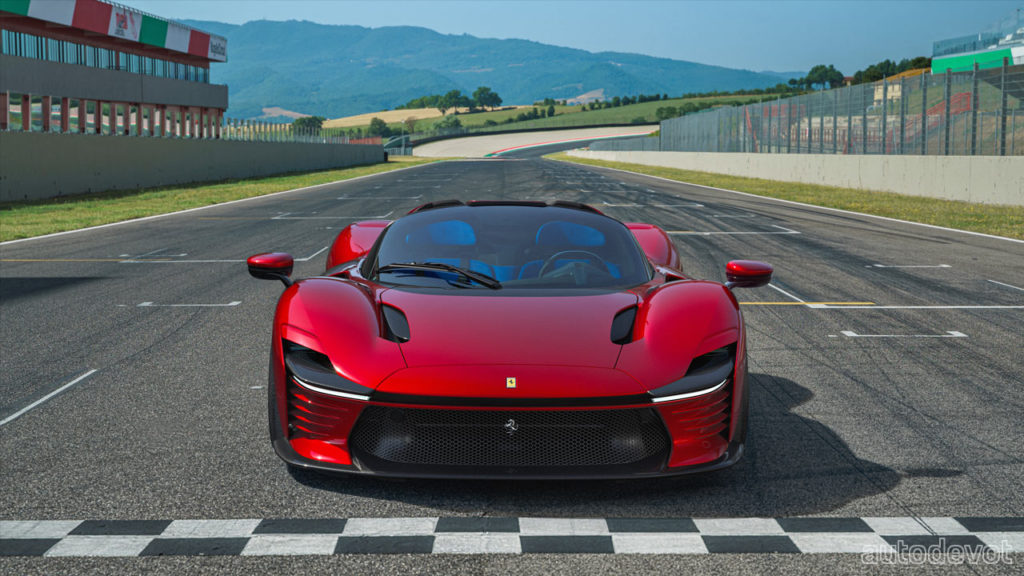 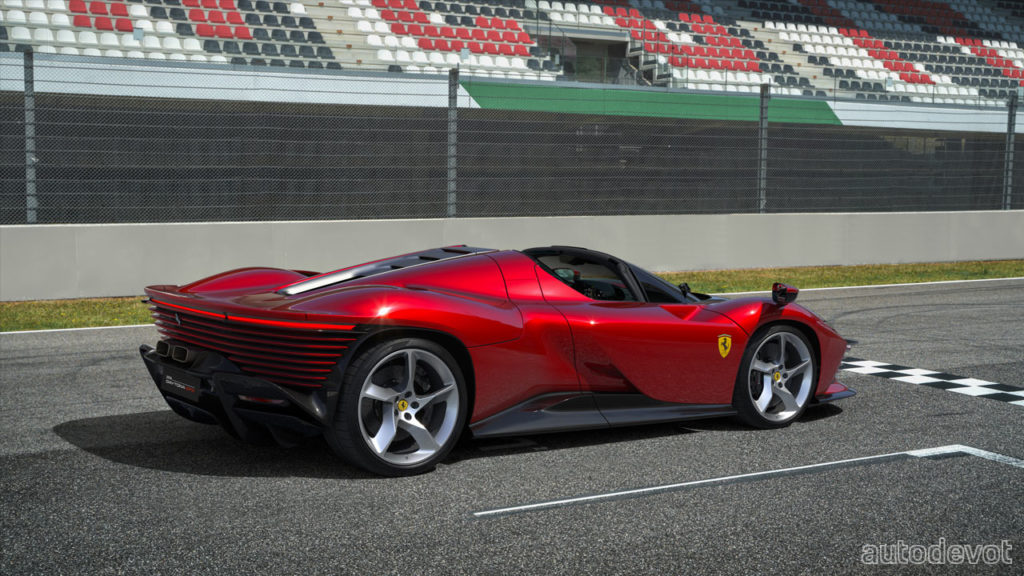 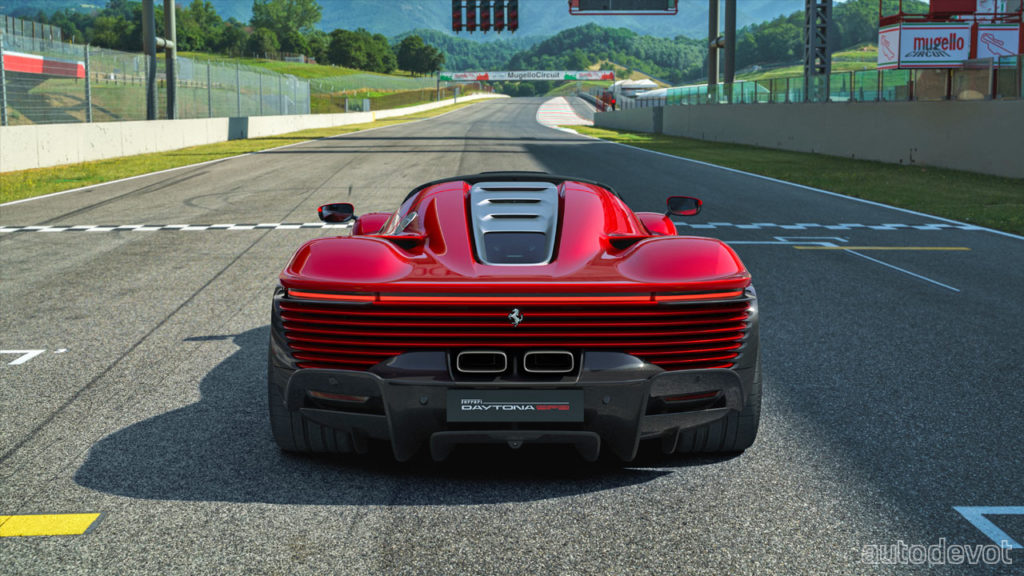 Indeed, Chief Design Officer Flavio Manzoni and his Styling Centre team have done a fantastic job in sculpting the Daytona SP3—mixing the past and present bits. The front wings are a nod to the aforementioned past Ferrari sports prototypes such as the 512 S, 712 Can-Am and 312 P. The wings feature outer and inner crests; the latter dive into two air vents on the bonnet, making the wings appear wider. Another key element is the butterfly doors, which have an integrated air box to channel air into the side-mounted radiators. The wing mirrors have been literally moved to the top of the wings, recalling again the sports prototypes of the 1960s; in fact, that position was chosen so that the door intakes won’t get blocked. The rear-end mimics the wings and heat sink-like 3D lines of the front. The rear fascia might remind you of the Testarossa; kinda like a modern take on that. 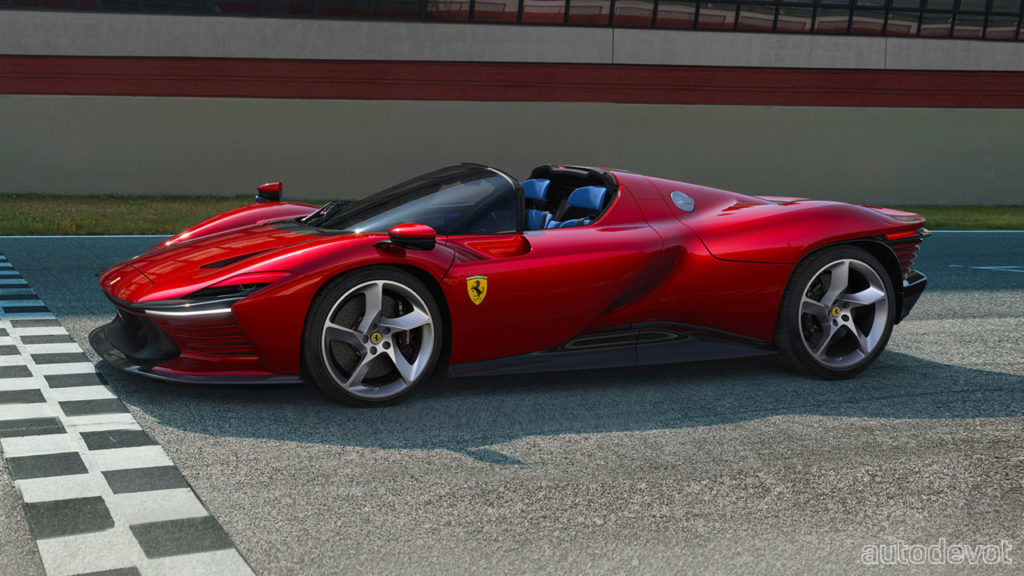 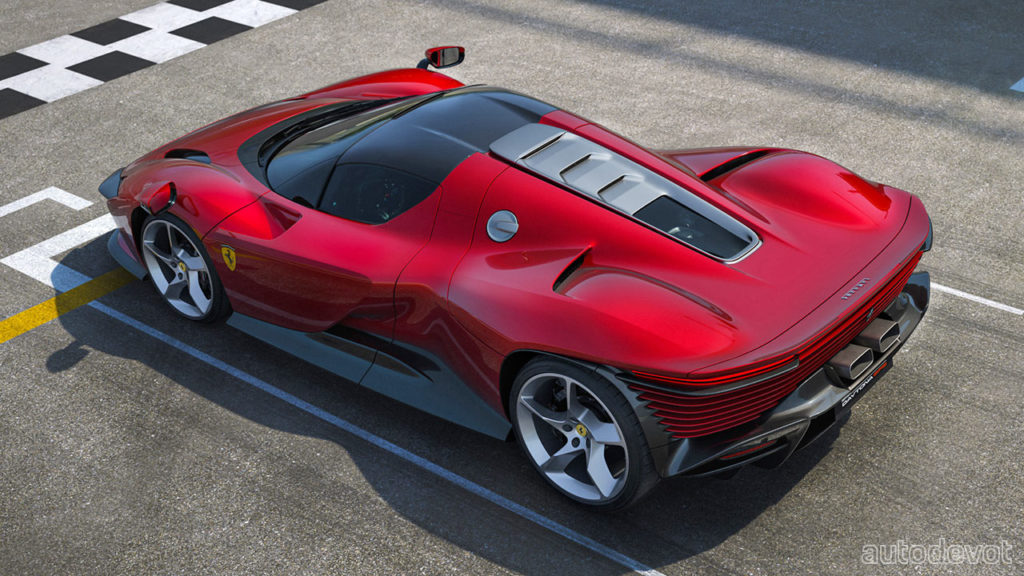 Although it seems like the front, rear and underbody of the vehicle feature active aero elements, the Daytona SP3 has none of that. In other words, there are no active aero elements here. Ferrari claims the Daytona SP3 to be its “most aerodynamically efficient car ever built without resorting to active aero devices.” And for those who are wondering, the headlights are hidden by that little flap that apparently moves—a nod to the pop-up headlights of the past. And of course, the hard-top needs to be manually removed. 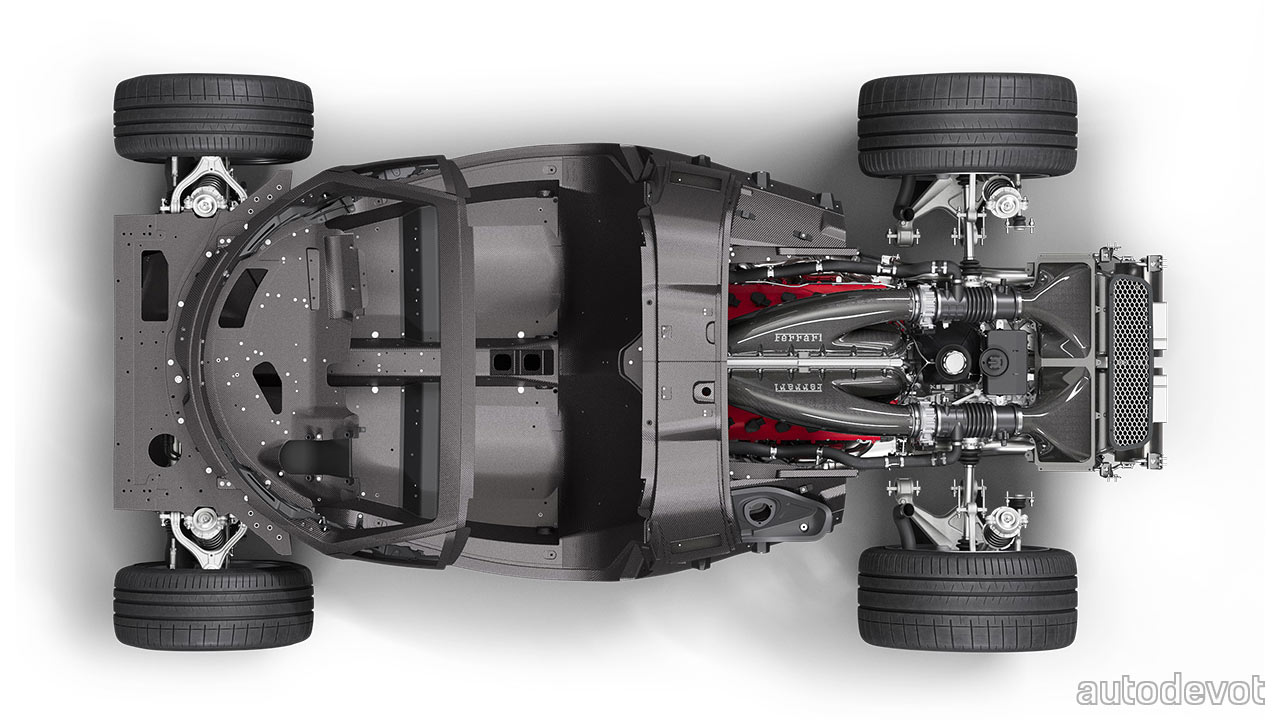 Both the chassis and bodyshell are made entirely from composite materials. The seats are integrated into the chassis itself, resulting in a driving position that is lower and more reclined than in other Ferraris in the lineup. T800 carbon fibre was used for the tub while the doors and sills get T1000 carbon fibre. Kevlar was also used for impact risk areas. 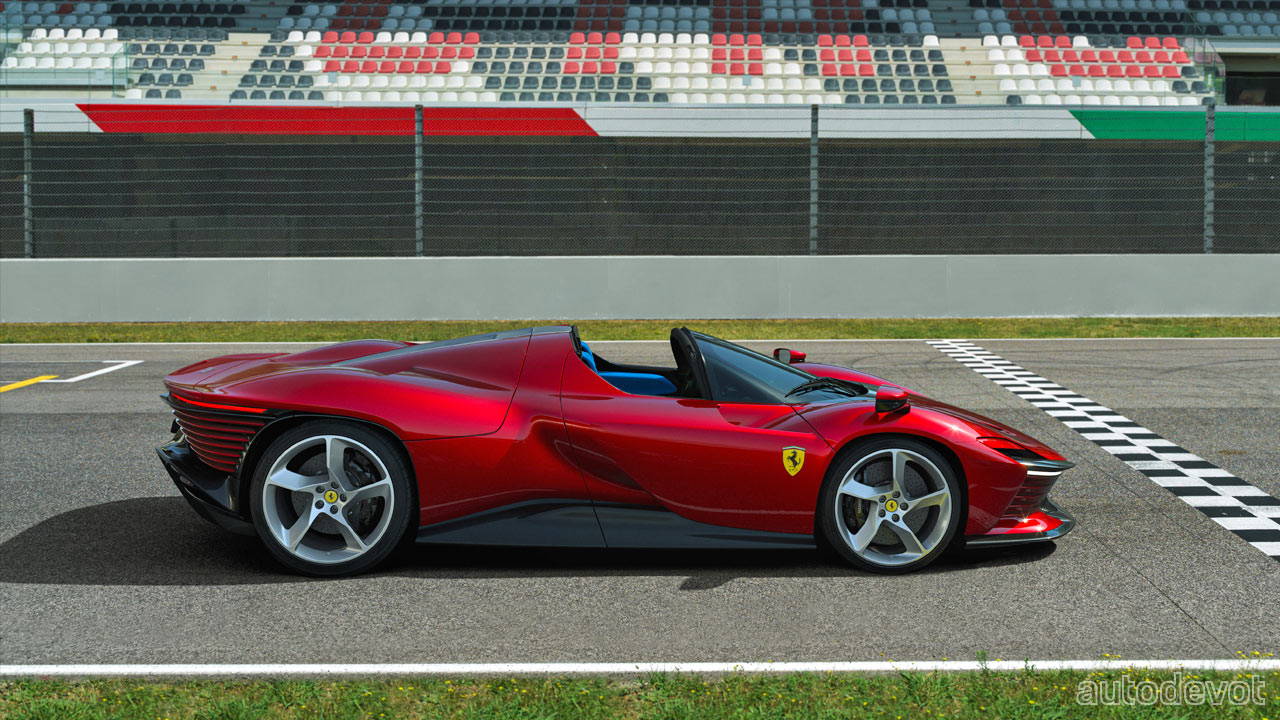 New Pirelli P Zero Corsa tyres were specifically developed for the Daytona SP3, which are said to be optimized for both dry and wet performance with a particular focus on the car’s stability in low grip situations. The new Icona is also equipped with the latest version of Ferrari’s SSC 6.1—which, for the first time on a mid-rear-engined V12, includes the FDE (Ferrari Dynamic Enhancer) to enhance cornering performance. This lateral dynamics control system acts on the brake pressure at the calipers to control the car’s yaw angle in on-the-limit driving and can be activated in ‘Race’ and ‘CT-Off’ modes on the Manettino. The wheels are 20-inch at the front and 21-inch at the rear. The discs measure 398 mm at the front and 380 at the rear. 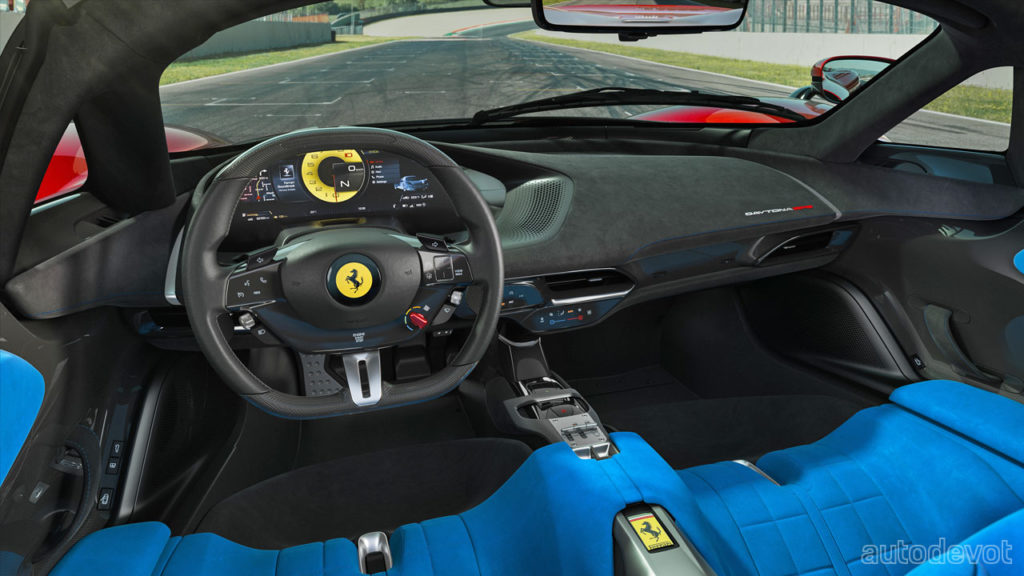 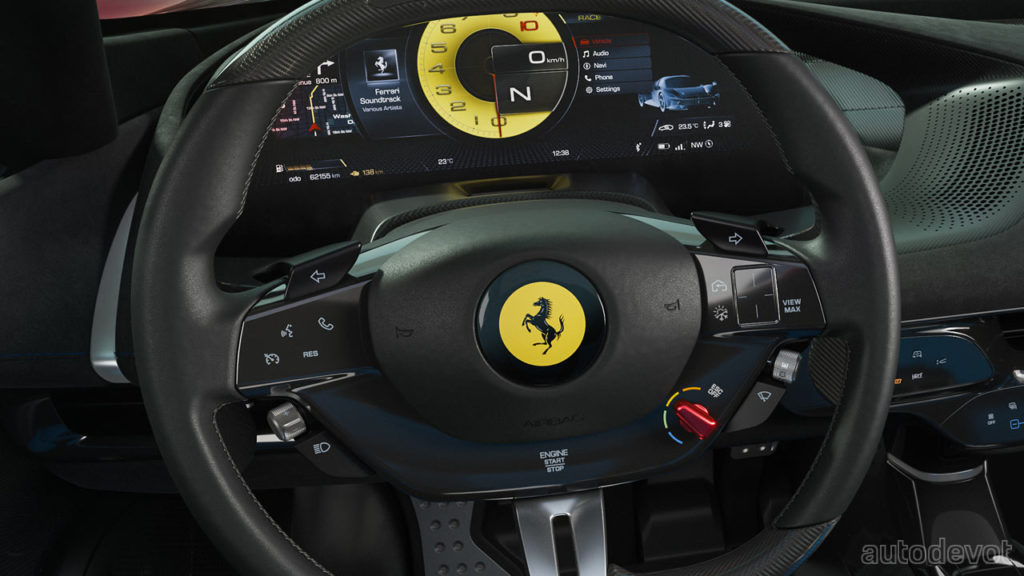 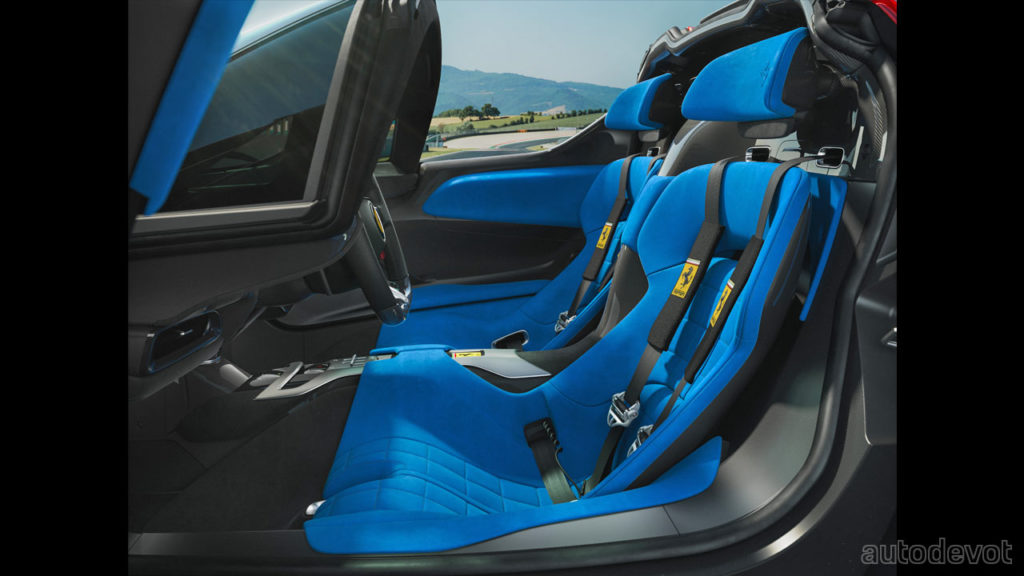 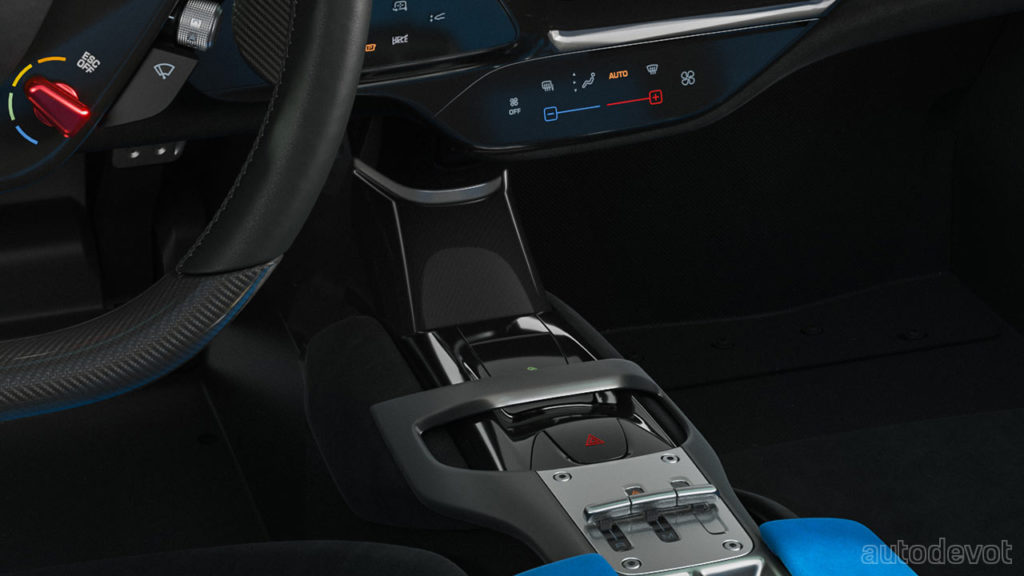 The cockpit features gated shift-mimicking controls in the centre console that debuted on the SF90 Stradale, and there are a bunch of touchy controls on the dashboard and on the steering wheel. The seats don’t appear to be adjustable in any way, but the pedal box is. Which means, the driver seat is expected to be sculpted specifically to the owner’s body—since the Icona series cars are very limited.

Ferrari didn’t disclose the number of units it is building, but according to reports, it is 599.