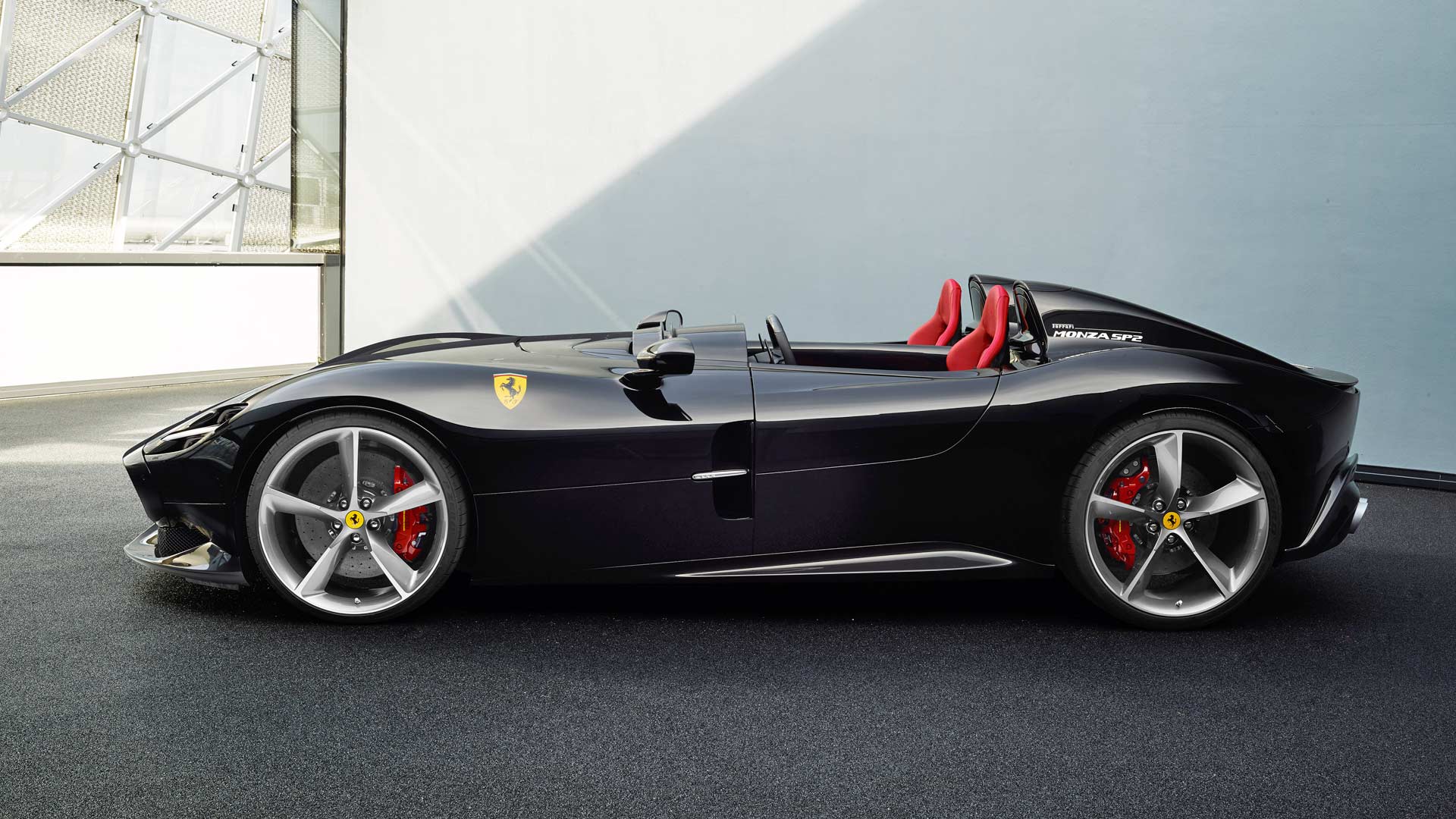 Ferrari has unveiled the Monza SP1 and SP2 on the occasion of the company’s Capital Markets Day at the factory in Maranello. These two limited-edition barchettas are the first in a newly created segment called ‘Icona’, and draw inspiration from the Monza models of 1950s.

The two variants SP1 and SP2 suggest that the former is a single-seater while the latter eliminates the tonneau cover and adds a second protective screen and a second roll-bar for the passenger to share the same sensations as the driver.

Ferrari claims that the SP1 and SP2 has the best power-to-weight ratio of any barchetta, thanks to the extensive use of carbon fibre in the construction. The SP1 weighs 1,500 kg (3,307 lbs) dry, while the SP2 adds another 20 kg (44 lbs).

The architecture of the two cars is based on a monolithic form with an aerodynamic wing profile where the absence of a roof and windscreen gave the designers the freedom to create unique proportions that would not have been possible on a traditional spider, the company said. Although it looks like you can literally step-in and there’s no need of doors, the cars do have compact doors which open upwards.

Furthermore, in order to control the aerodynamic flows inside the cockpit due to the absence of a windscreen, Ferrari has patented “Virtual Wind Shield” which has been incorporated into the fairing ahead of the instrument panel and the steering wheel. Apparently, it deviates a part of the air flow to maintain driving comfort.

In case you’re wondering, the Monza SP1 and SP2 are street-legal, and Ferrari is aiming “at dedicated clients and collectors”. 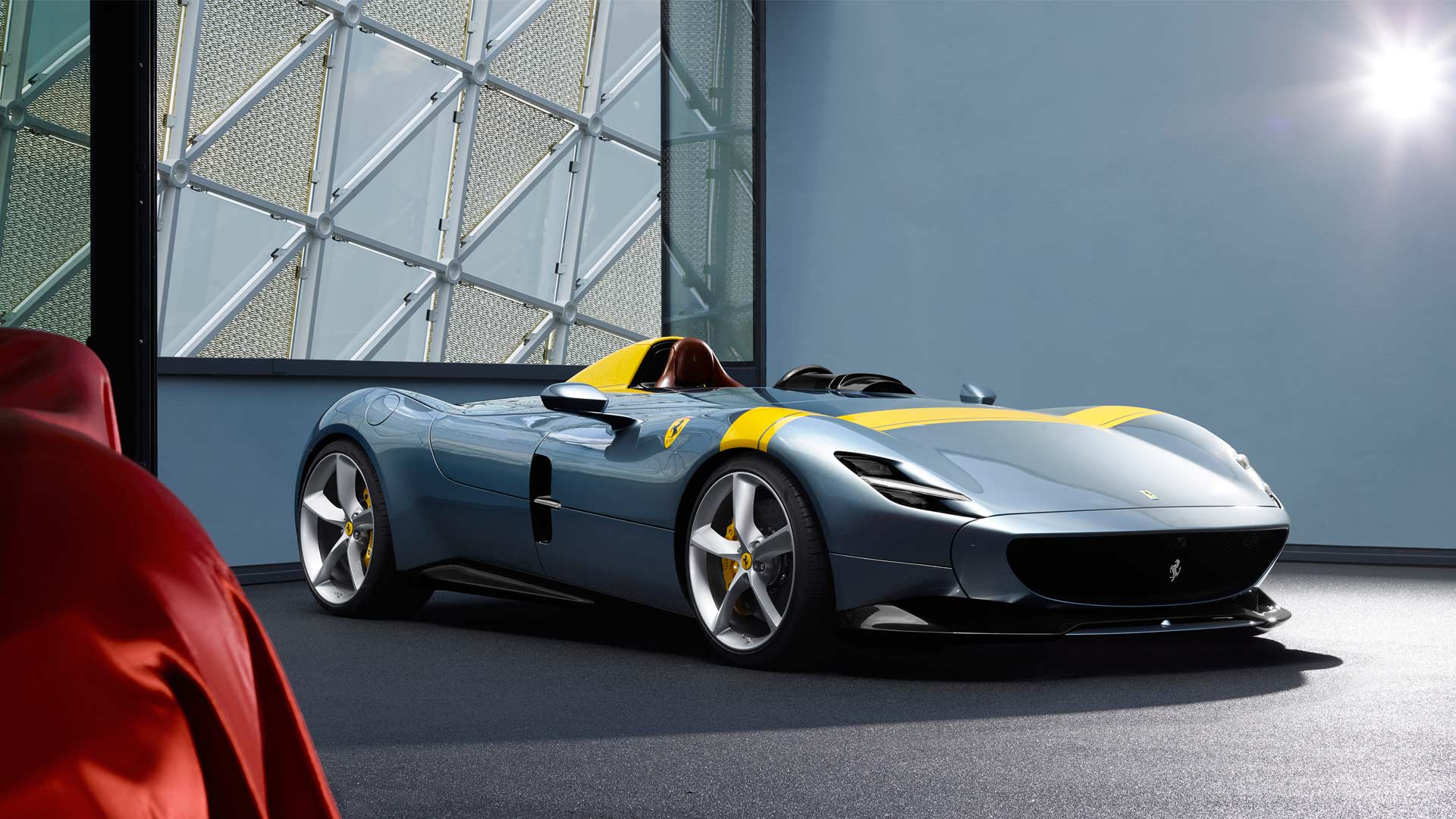 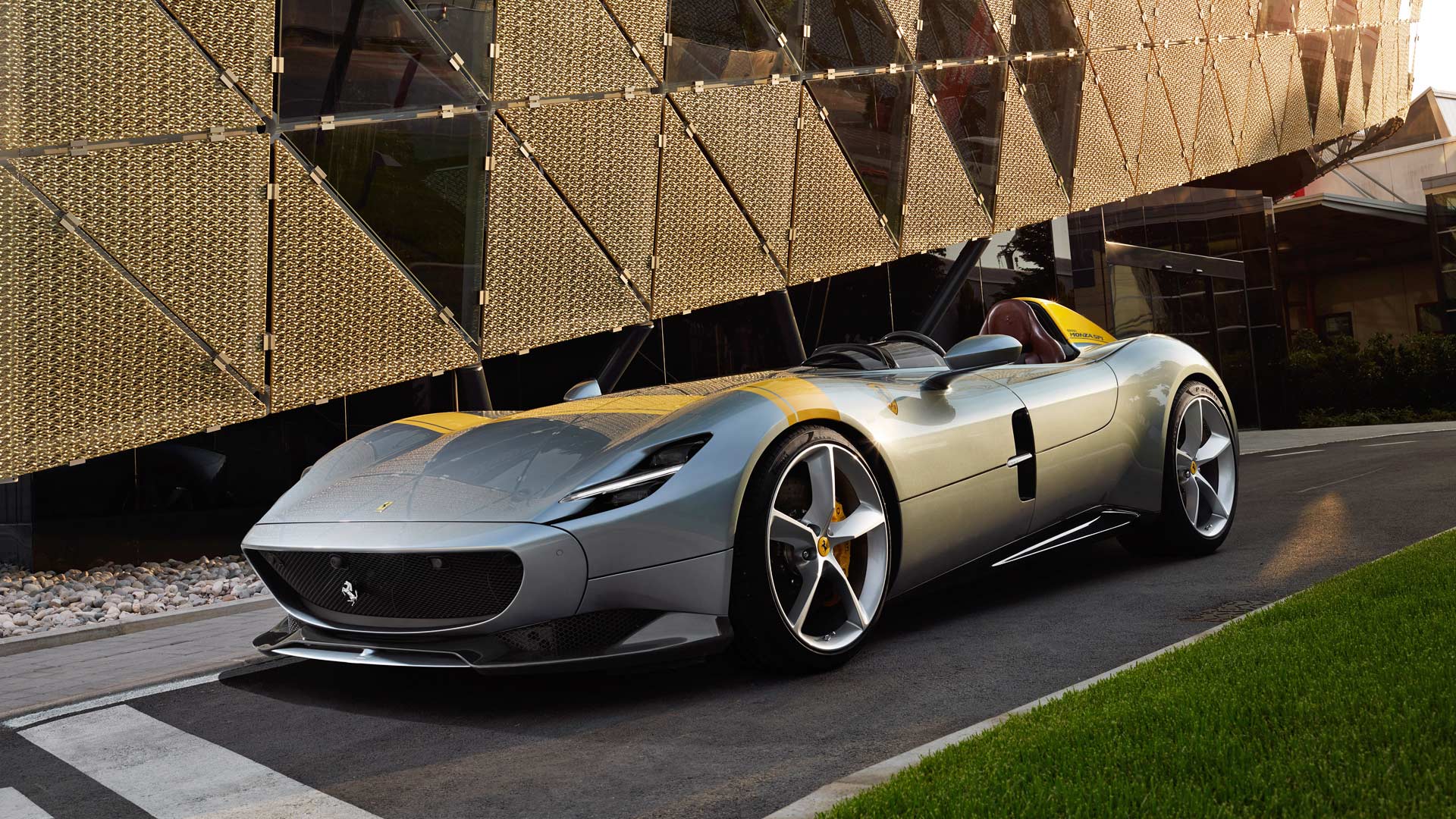 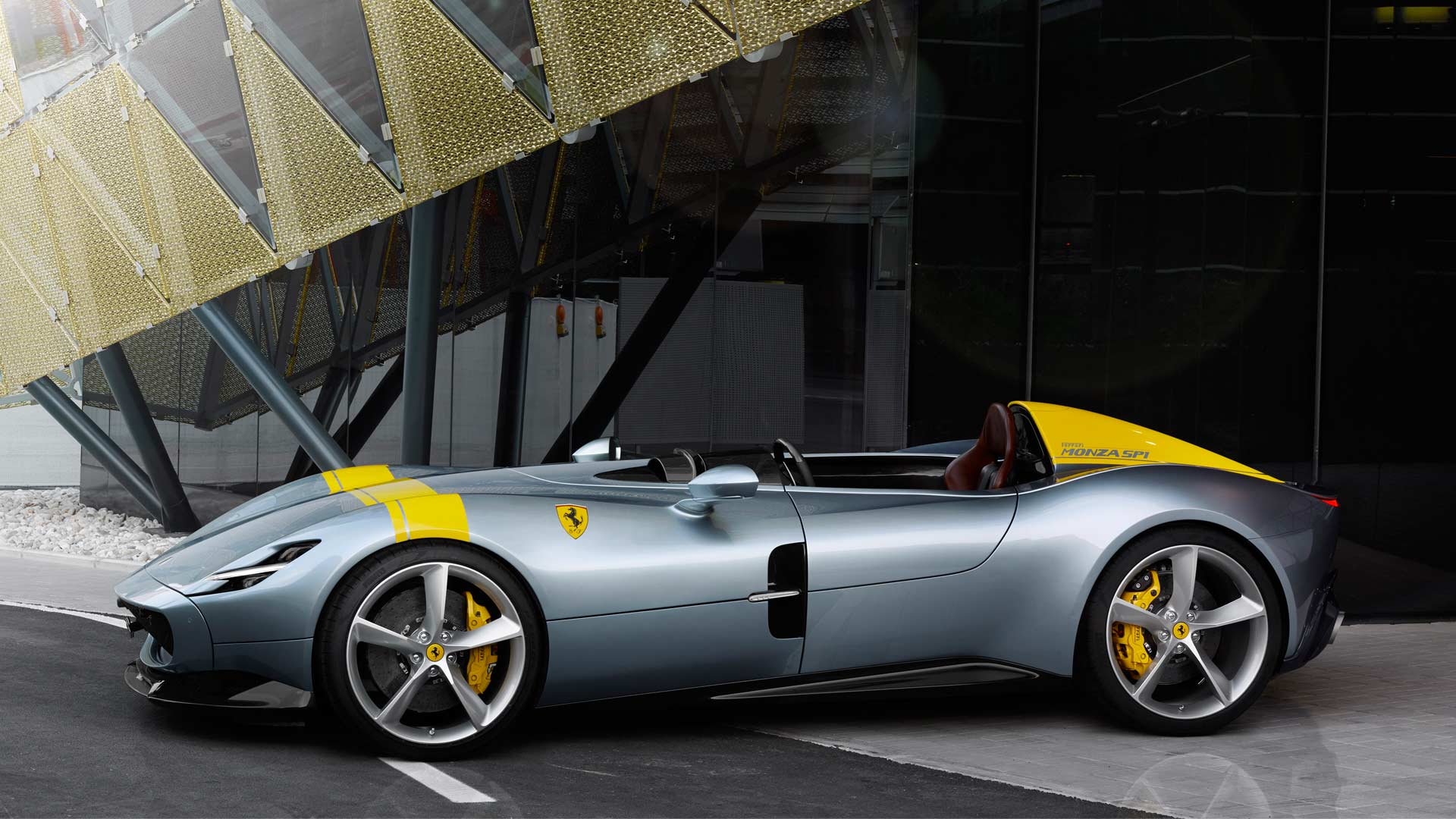 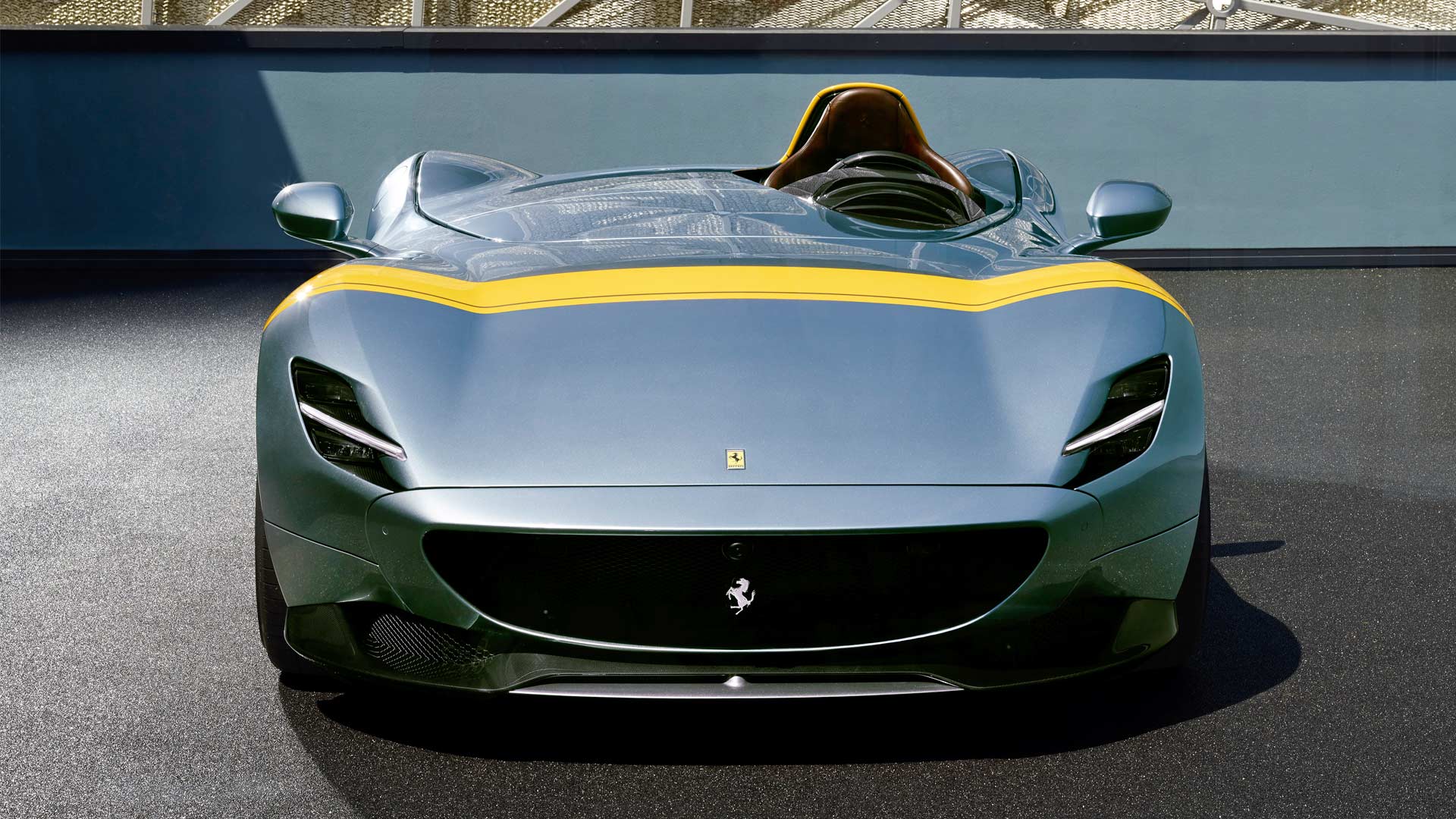 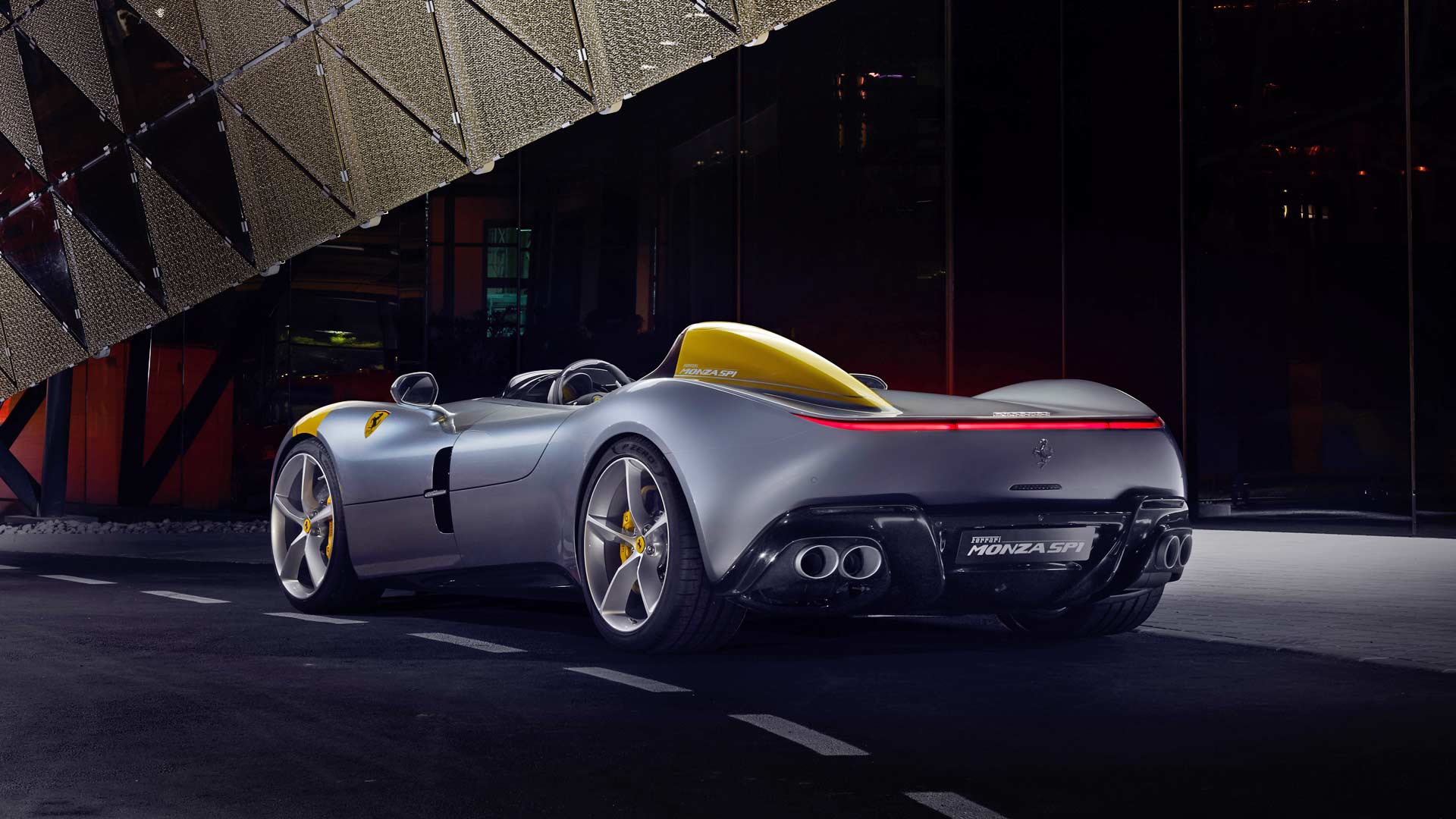 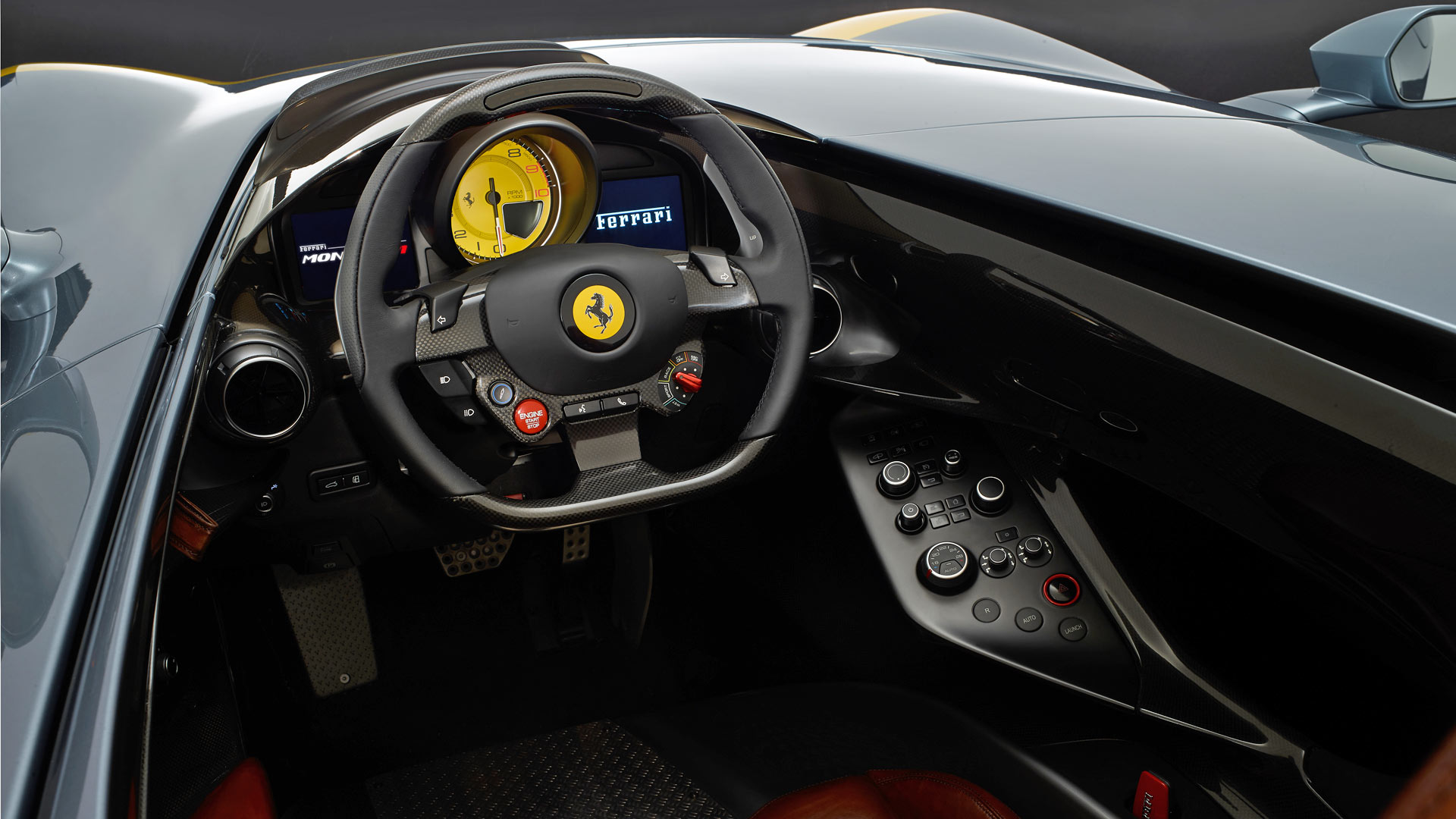 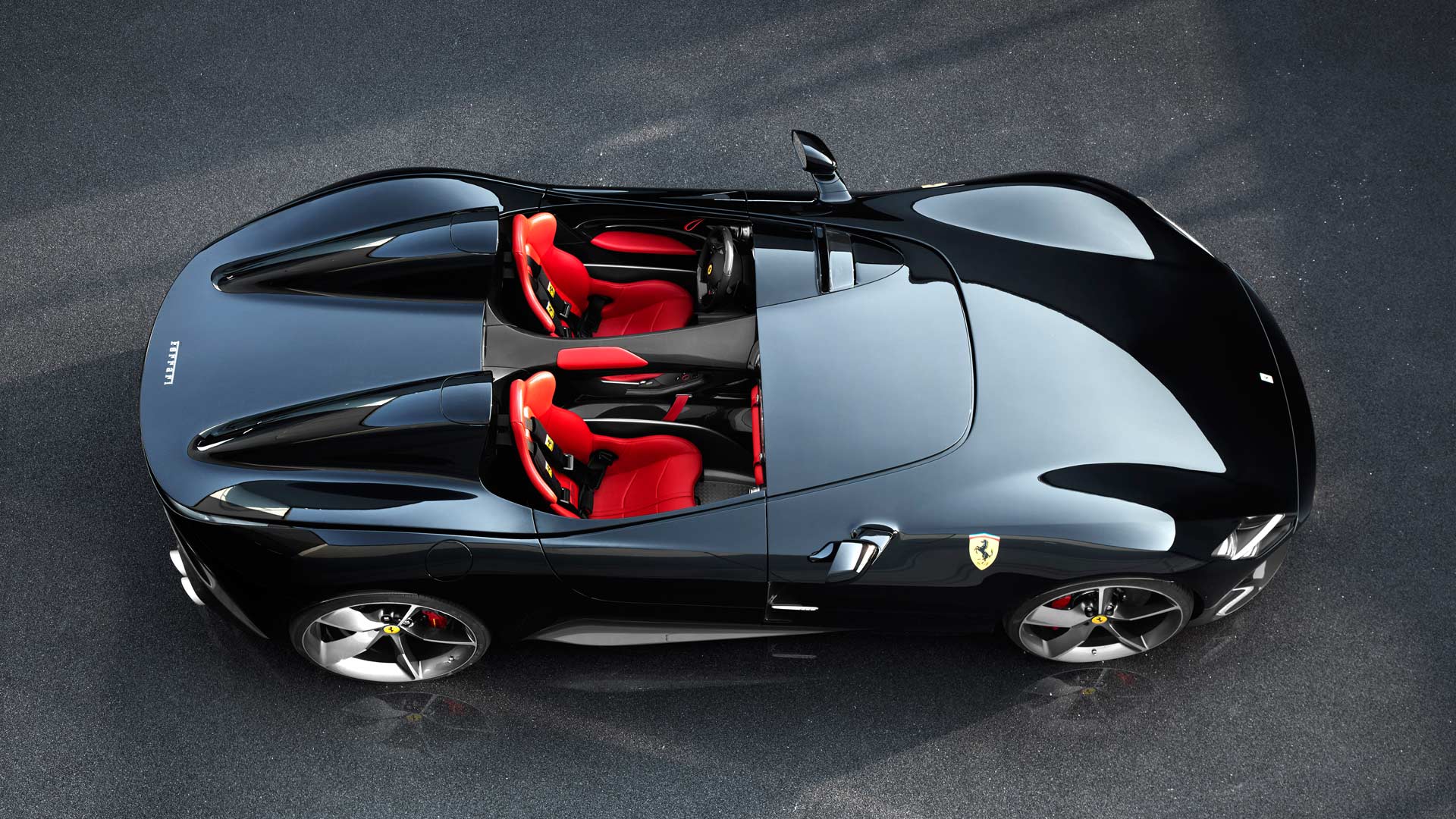 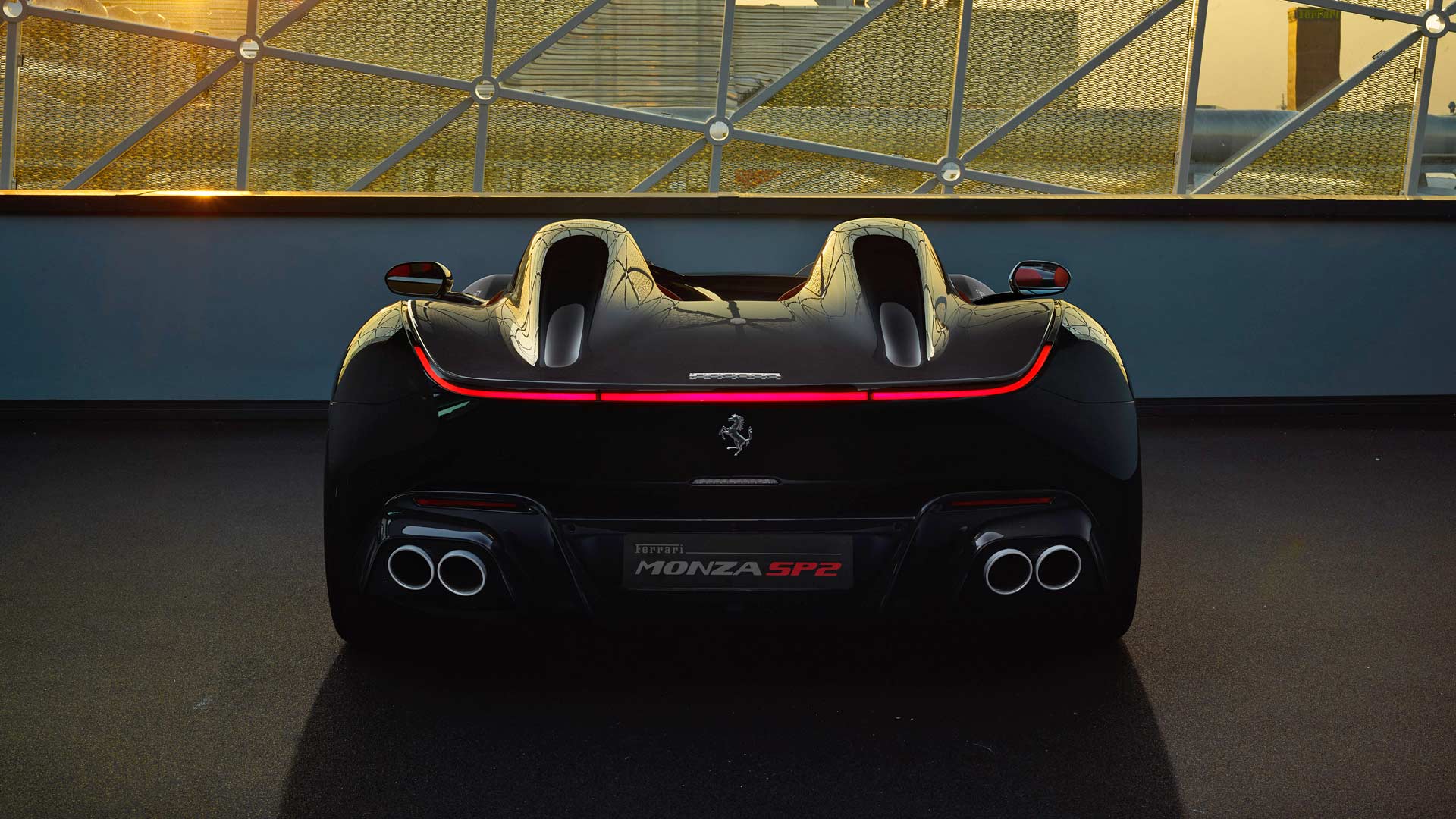