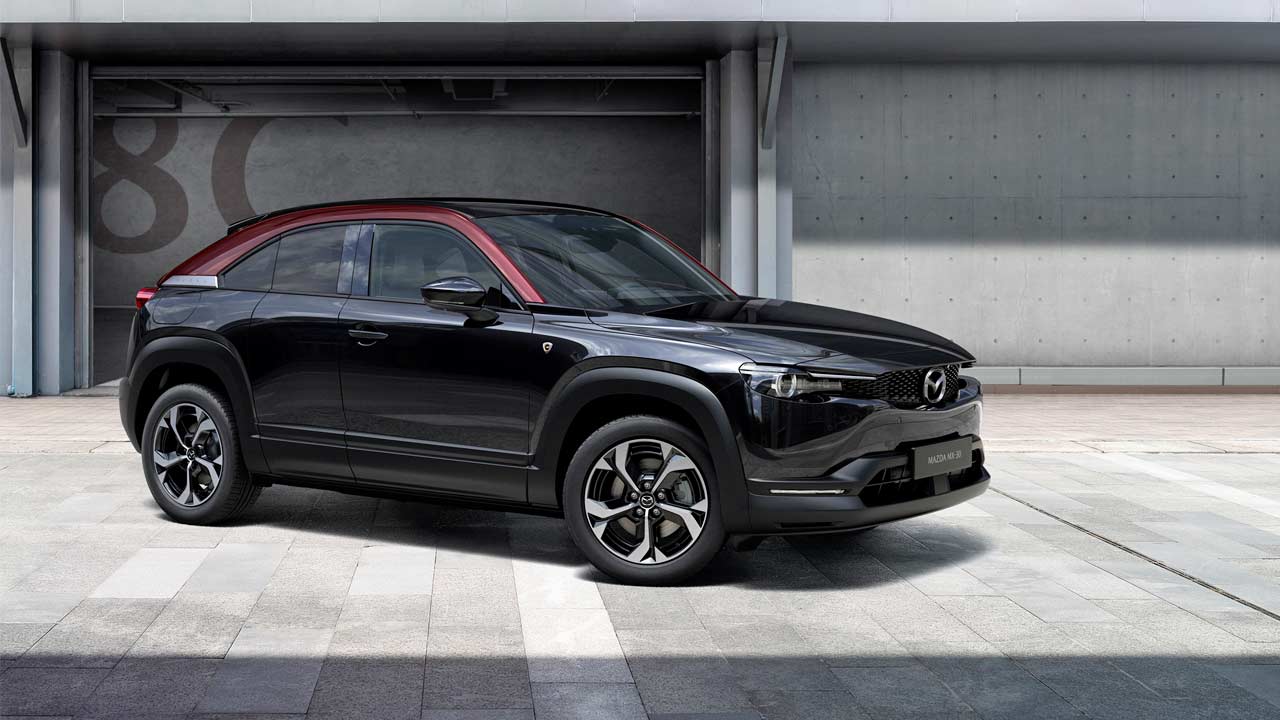 Amidst all the chaos that began in the fall of 2019, Mazda unveiled a stunning, subcompact electric crossover called the MX-30 in Tokyo. But sadly, it turned out to be just as disappointing as the years that would follow, due to its abysmal range of only about 160 km or 100 miles (now it claims 200 km or 124 miles combined, not that it is any better). Unverified reports claimed that this car exists only due to carbon credit reasons, or something along those lines. But deep down, Mazda knew that it can’t let this car be a disappointing product forever. And so, here is the Mazda MX-30 e-Skyactiv R-EV. I know, that’s quite a mouthful, but read on. 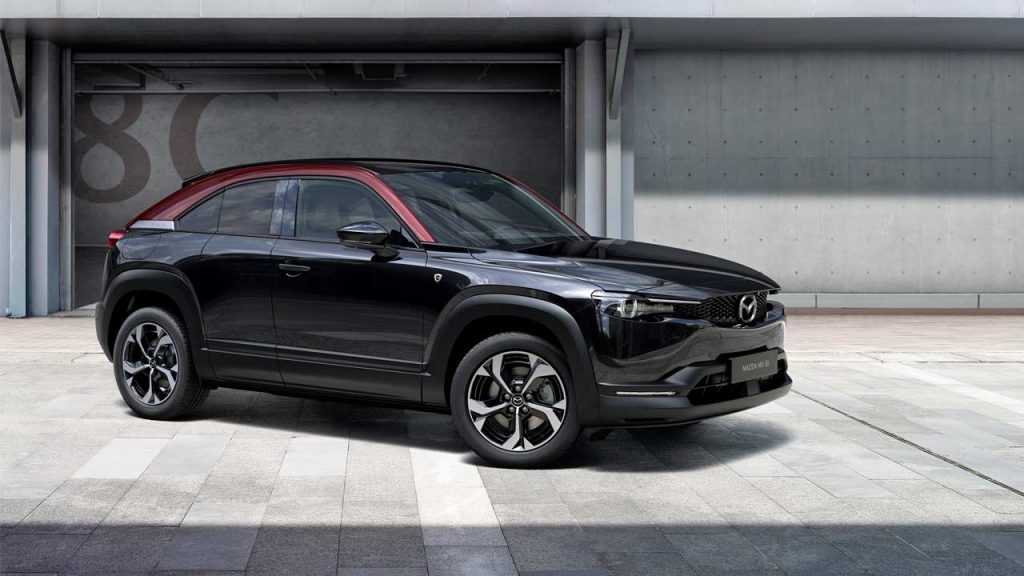 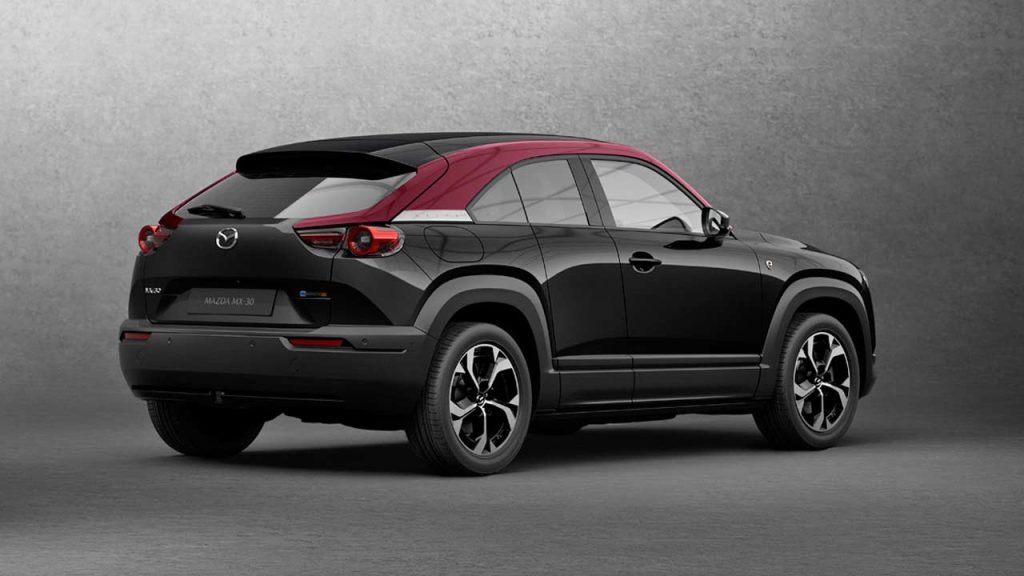 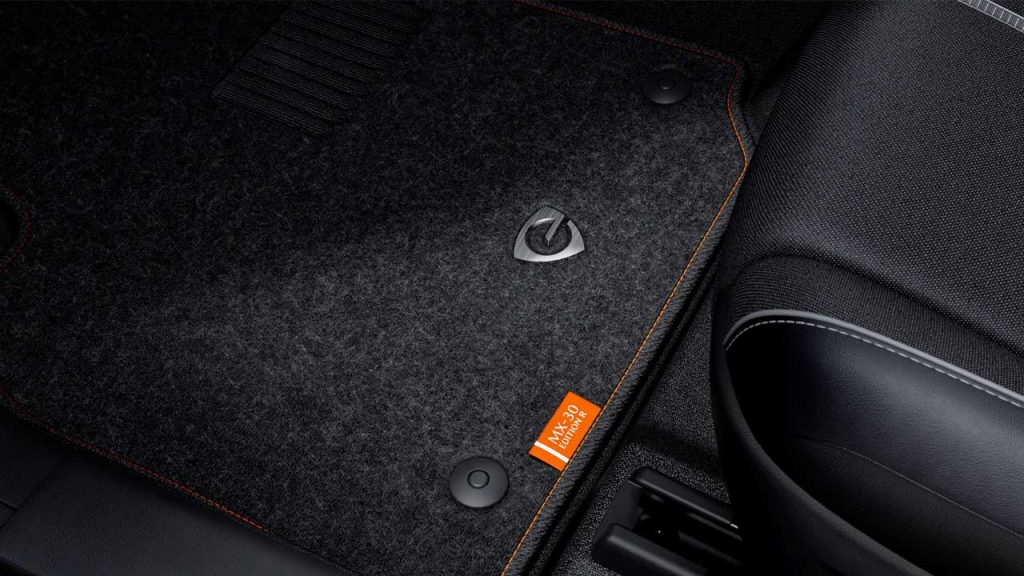 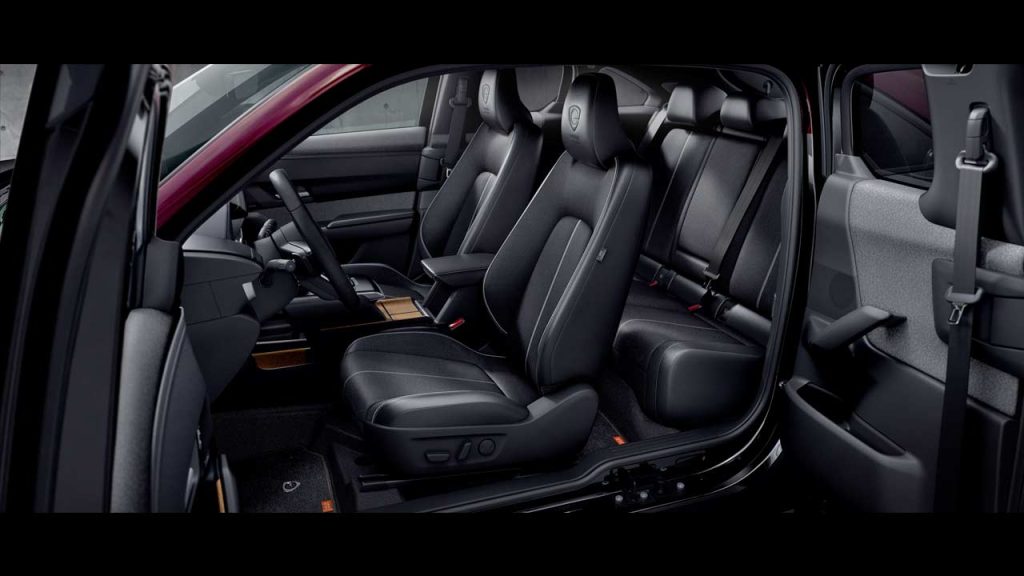 Will talk about its powertrain in just a minute or two, but let’s take a brief look at the MX-30 e-Skyactiv R-EV Edition R. It apparently pays homage to the Mazda 787B (more specifically, to its R26B 4-rotor engine) that won the 24 Hours of Le Mans in 1991. The Jet Black exterior paint is contrasted with Maroon Rouge side panels. On the inside, you get special floor mats with orange contrast stitching and orange tags to keep things subtle. You can also notice a special rotary engine-like ‘e’ logo on the floor mats and also in the form of embossed headrests. Mazda didn’t share how many Edition Rs it is producing. 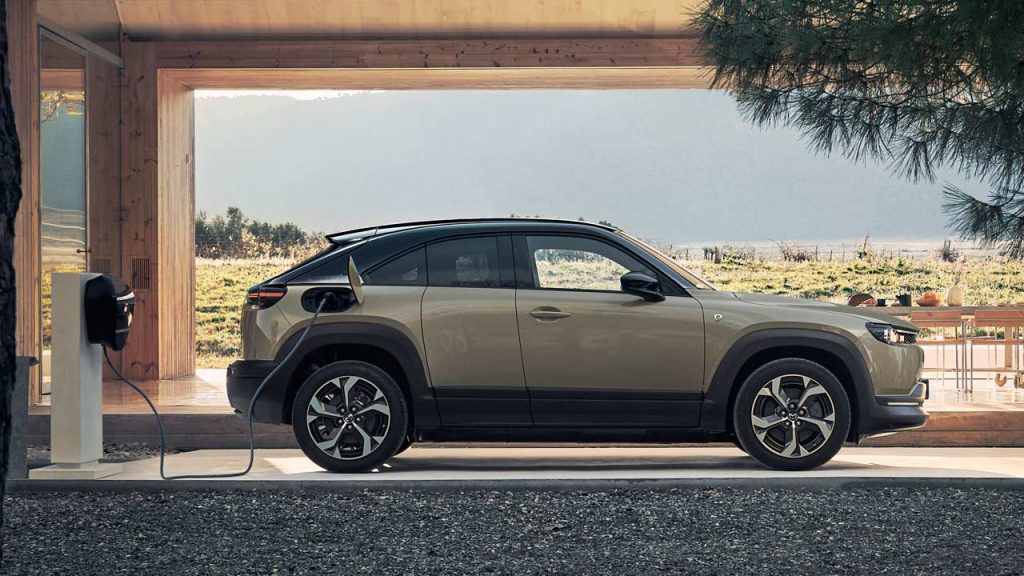 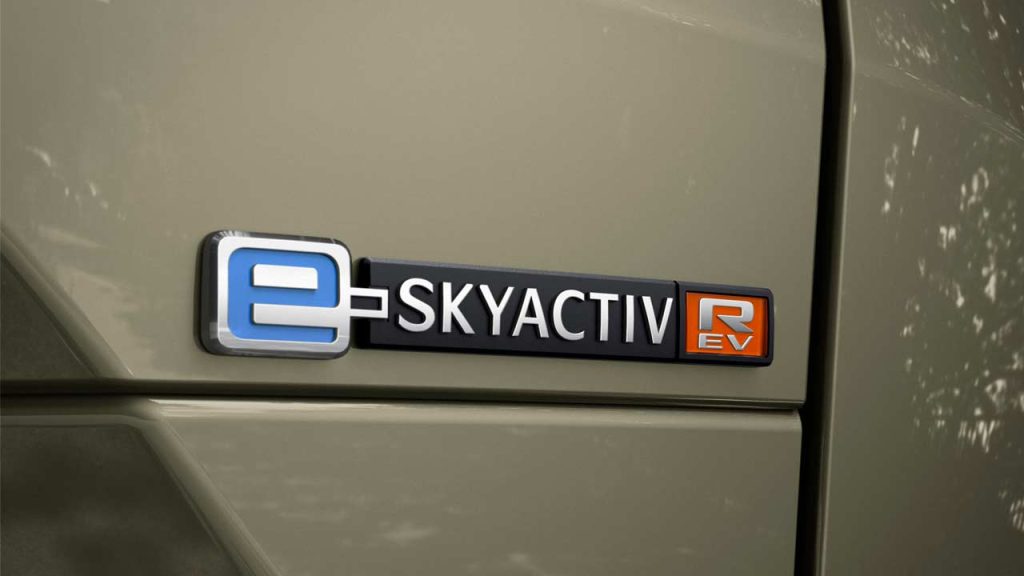 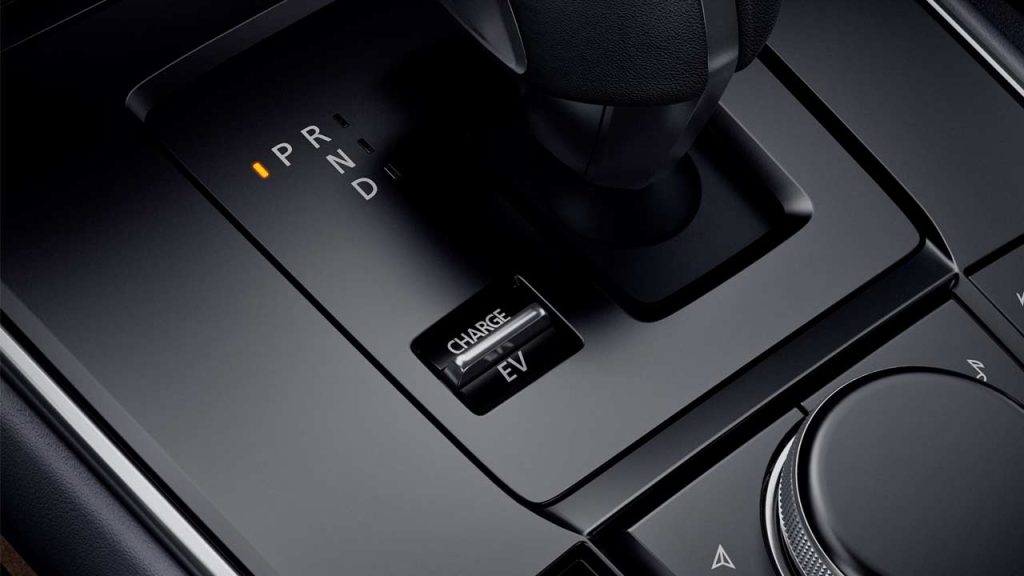 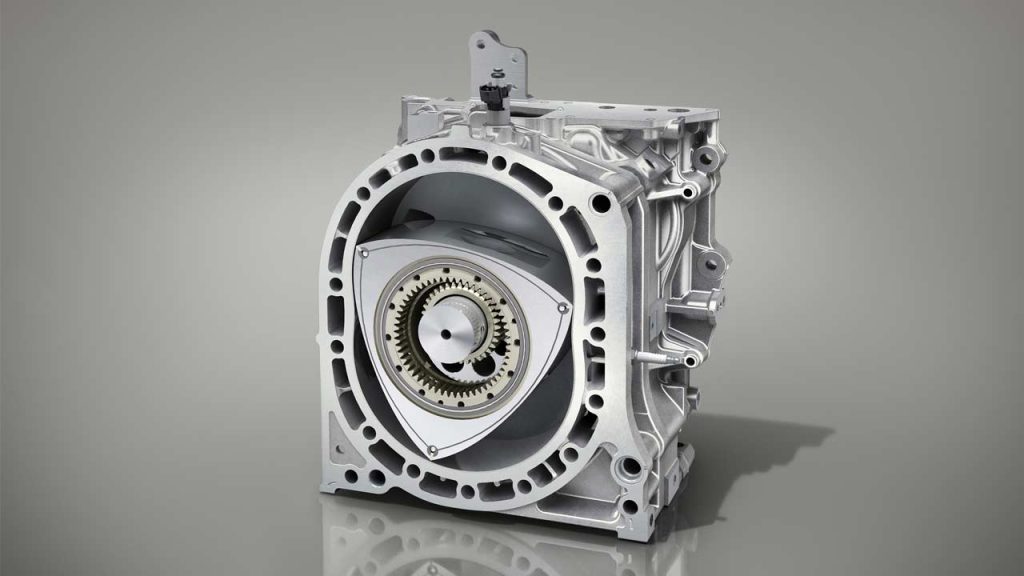 Moving on, the MX-30 e-Skyactiv R-EV is a plug-in hybrid vehicle; more specifically, it is a series-hybrid vehicle. The combustion engine in this case is a newly developed 830 cc rotary engine that doesn’t actually drive the wheels but only acts as an onboard power generator near the front axle. The generated power is stored in a 17.8 kWh lithium-ion battery pack, supplying the front electric motor that actually drives the wheels. Of course, there’s also a 50-litre gas tank to make this unique series-plug-in-hybrid system work. 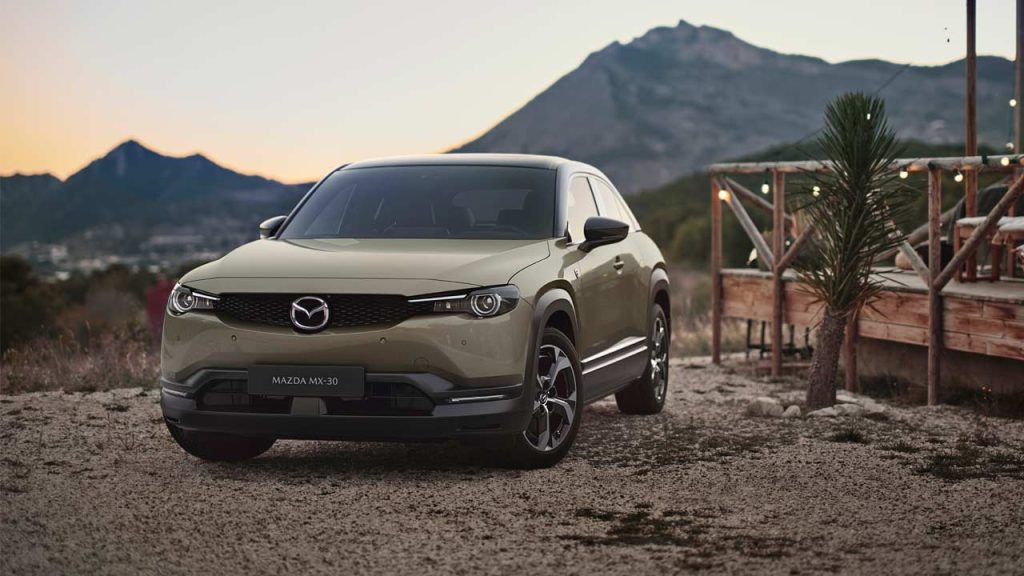 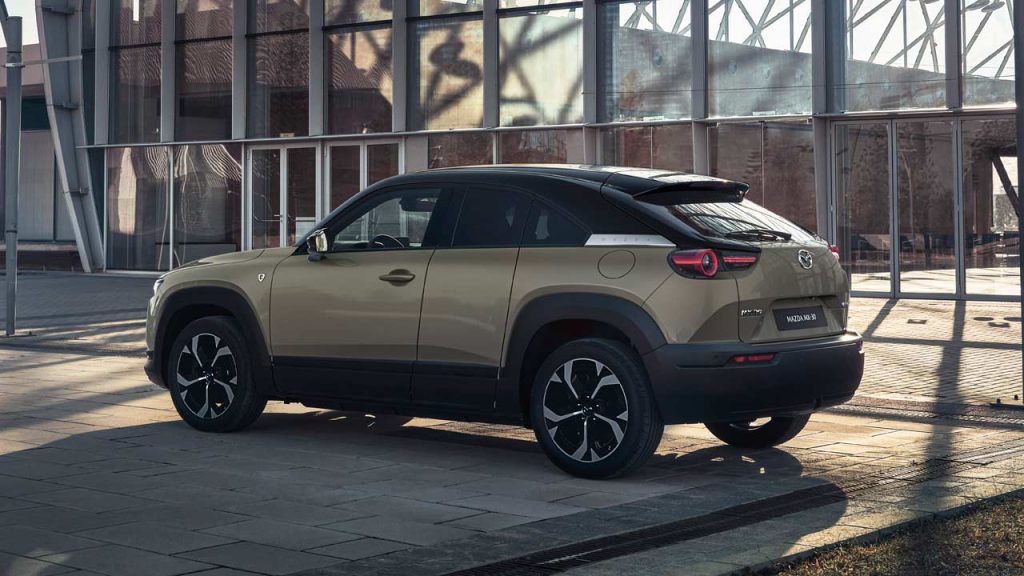 Depending on the market, Mazda also sells a gasoline-powered all-wheel-drive mild-hybrid version.