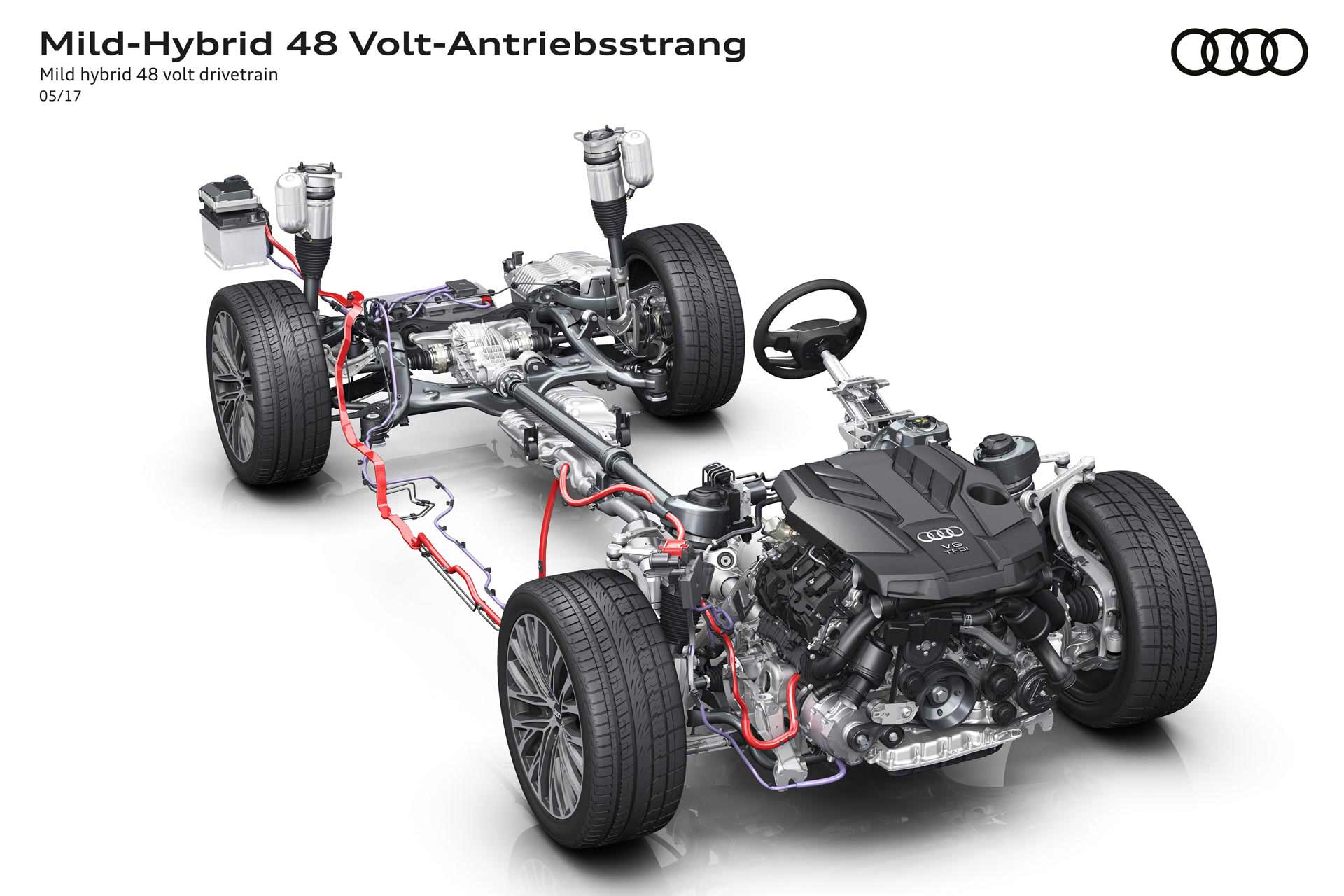 For the first time ever, Audi’s flagship limo is getting an electrified powertrain. The fourth-generation A8, confirmed to be unveiled on July 11 at the Audi Summit event in Barcelona, is getting a mild hybrid system.

A water-cooled 48-volt belt alternator starter (BAS) is coupled with the conventional pinion starter. The latter is only required for cold starts. The advantage of the system is mainly in the stop-go city traffic.

Audi explains, “the advantage of the BAS becomes particularly clear when the driver approaches a red traffic signal or a roundabout. If the traffic signal turns green during braking, while the vehicle is coasting to a stop or if a gap appears for the driver to weave into, and if the driver releases the brake, the combustion engine is started immediately. The car accelerates without any delay. This is all thanks to the belt alternator starter, which is permanently connected to the combustion engine.”

The new A8 gets a noiseless coasting mode within the range of 55 to 160 km/h. The car can then coast with zero emissions for up to 40 seconds with the engine completely off. As soon as the driver steps on the gas again, the BAS prompts a swift restart.

Audi says the start/stop function in the new A8 differs from previous systems. There is a new feature called ‘predictive convenient starting’, which makes use of the front camera and various sensors. As soon as the vehicle in front of the A8 moves, the engine starts even if the brake is still pressed. In this scenario, the control strategy concludes that the driver will spontaneously fall in with the flow of traffic. Also, during a long standstill, if the customer wants to turn up the air conditioning, the system starts the combustion engine.

Energy recuperation is one of the key features of a mild hybrid system. The front camera and sensors help decide whether the A8 is in coasting or recuperation mode. The recovered energy from brake applications and coasting is stored in the lithium-ion battery in the luggage compartment with a 48-volt 10 Ah capacity.

Audi says the mild hybrid system reduces fuel consumption by up to 0.7 liters per 100 km.

In India, mild hybrids were a popular thing. So much so, that the government had to withdraw the FAME subsidy, due to majority of the incentives being consumed by them.