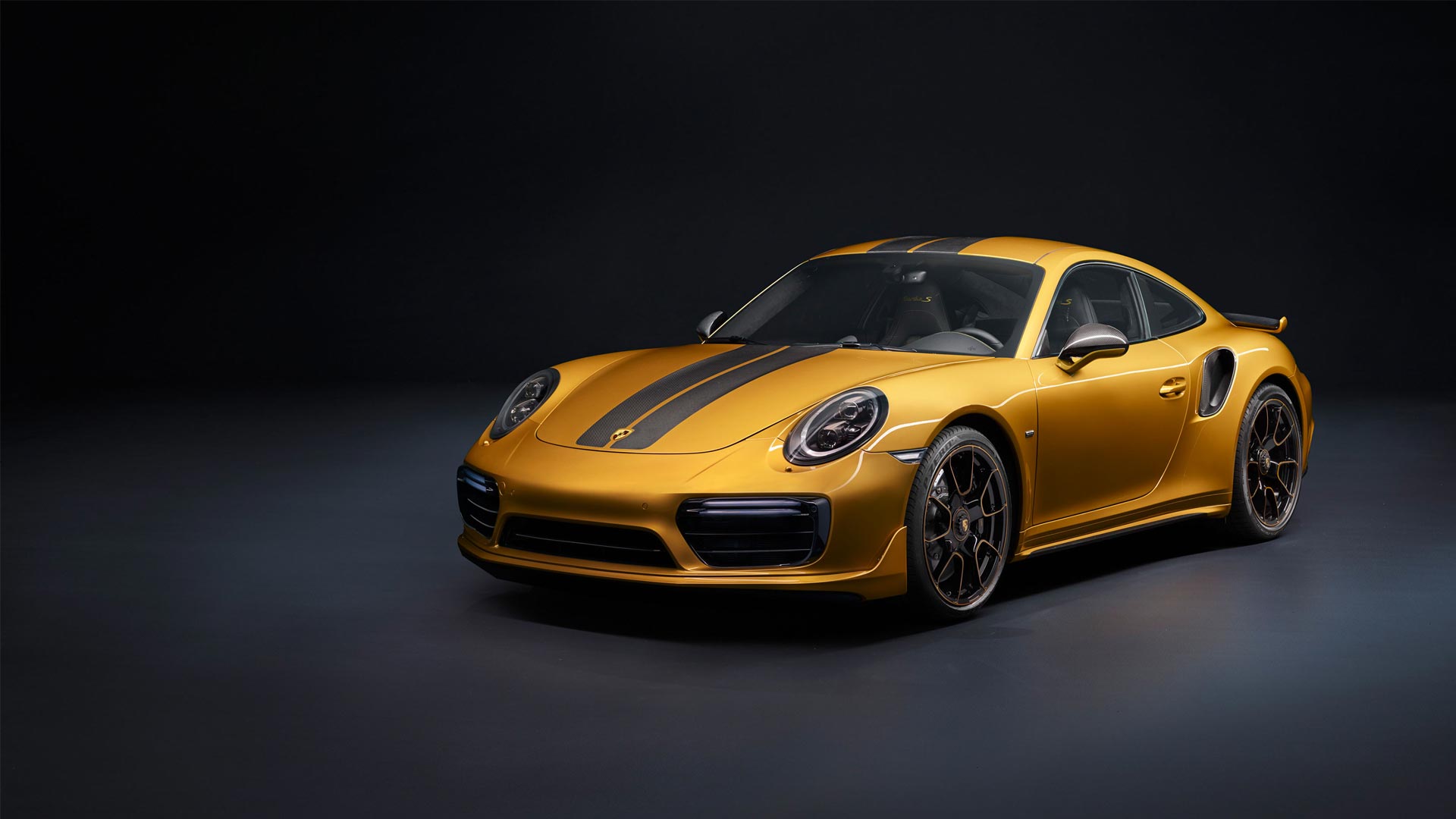 The name is loud and clear, it’s exclusive, and the numbers are just 500. The 911 Turbo S Exclusive Series is hand-built by Porsche Exclusive Manufaktur (formerly Porsche Exclusive) at its headquarters in Zuffenhausen. The bespoke division is also responsible for limited-edition series.

Porsche says, for the first time ever, the customers can have a matching chronograph from Porsche Design configured in the same design as their sports car. 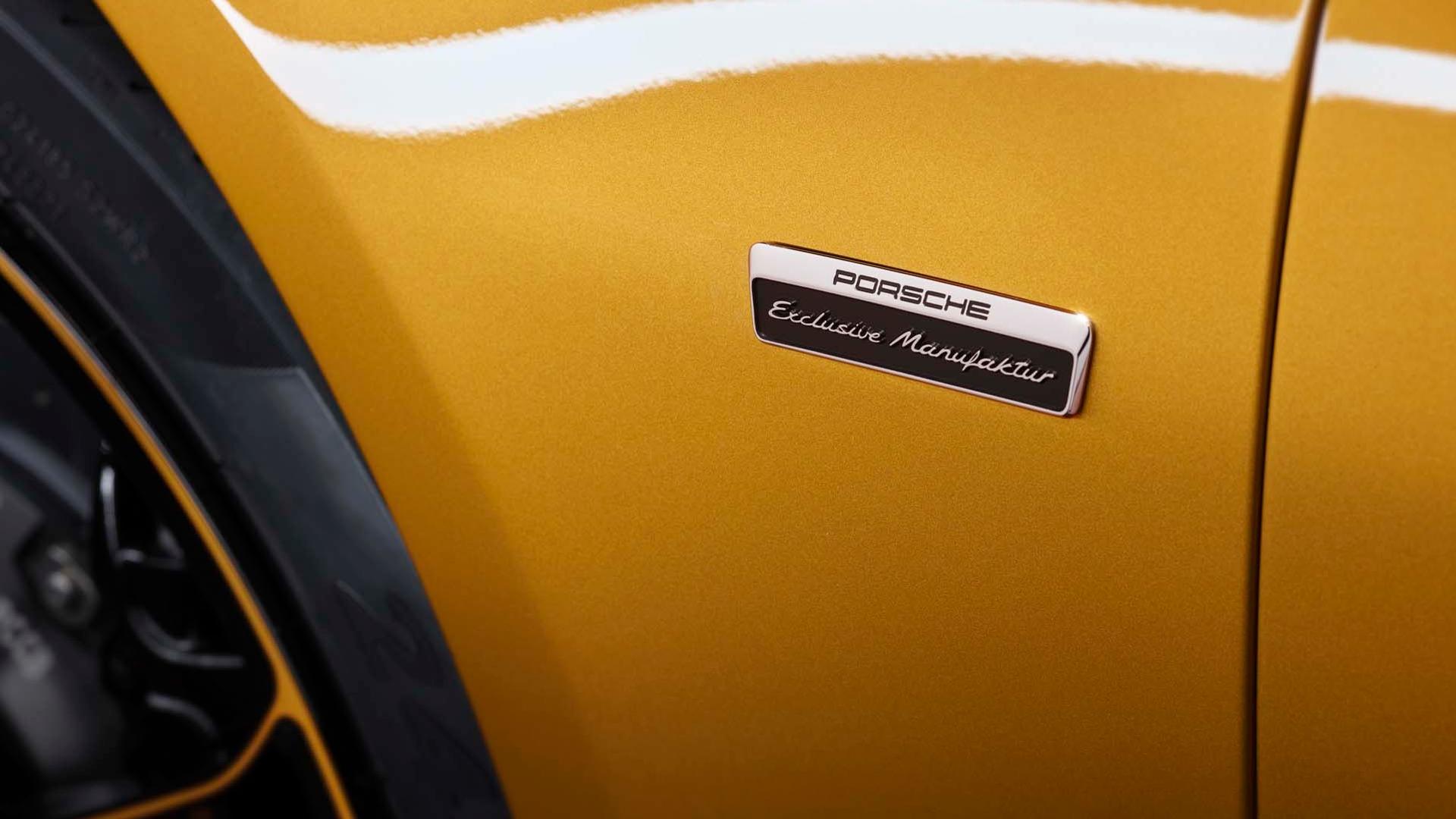 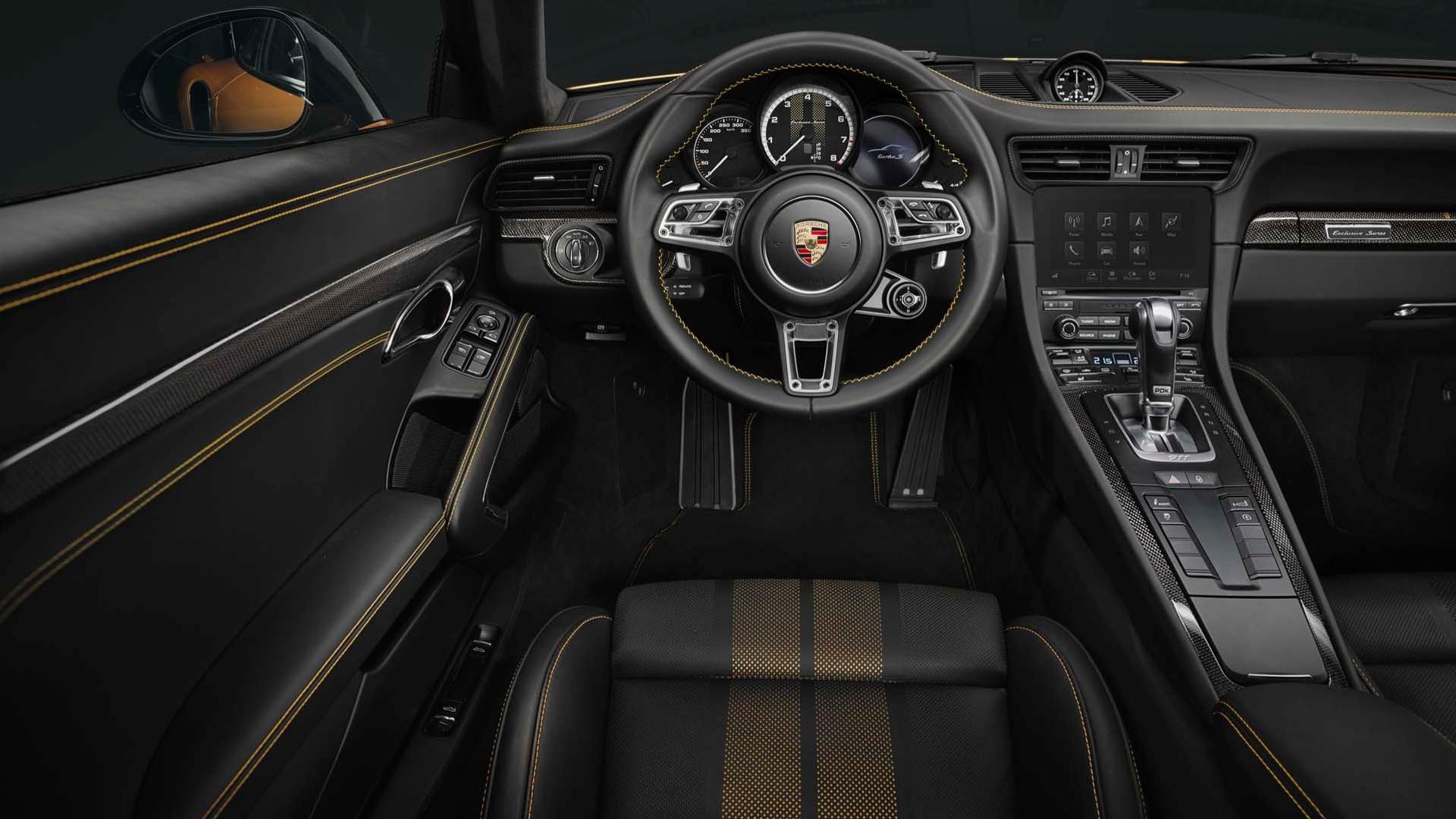 The active sports chassis with Porsche Active Suspension Management (PASM) and the Sport Chrono package are included in the standard equipment. The rear-axle steering and Porsche Dynamic Chassis Control (PDCC) are included as well. The real exclusivity is in the design. The Exclusive Series comes with Black-painted 20-inch wheels with central locking as standard, and the design lines are finished in Golden Yellow Metallic using a new laser technology. For the first time, the brake callipers for the PCCB ceramic brake system are available in Black with the Porsche logo in Golden Yellow Metallic.

The bodywork gets an exclusive Golden Yellow Metallic paint finish and the various components in carbon, like the bonnet, roof and side skirts. The rear-end is characterised by a wing from the Turbo Aerokit, the new apron, the ram-air scoop in carbon and the exhaust system with two twin tailpipes are made from stainless steel in Black. The wings are decorated with Porsche Exclusive Manufaktur plates. Porsche says, in addition to Golden Yellow Metallic, the vehicle is offered in a range of other “carefully selected” exterior colours. Interiors follow a similar theme. The 18-way adjustable sports seats are covered in two layers of perforated leather. The inside layer has two stripes in Golden Yellow. There are some generous Golden Yellow contrast stitching, including the Turbo S lettering on the headrests. The roof lining is made of Alcantara with a Golden Yellow double-stripe look. Fine copper thread is integrated into the carbon interior package. There’s a plate featuring the limited-edition number on the passenger’s side, underlining the car’s exclusivity. The door sills are also finished in carbon, and come with illuminated Exclusive Series lettering. 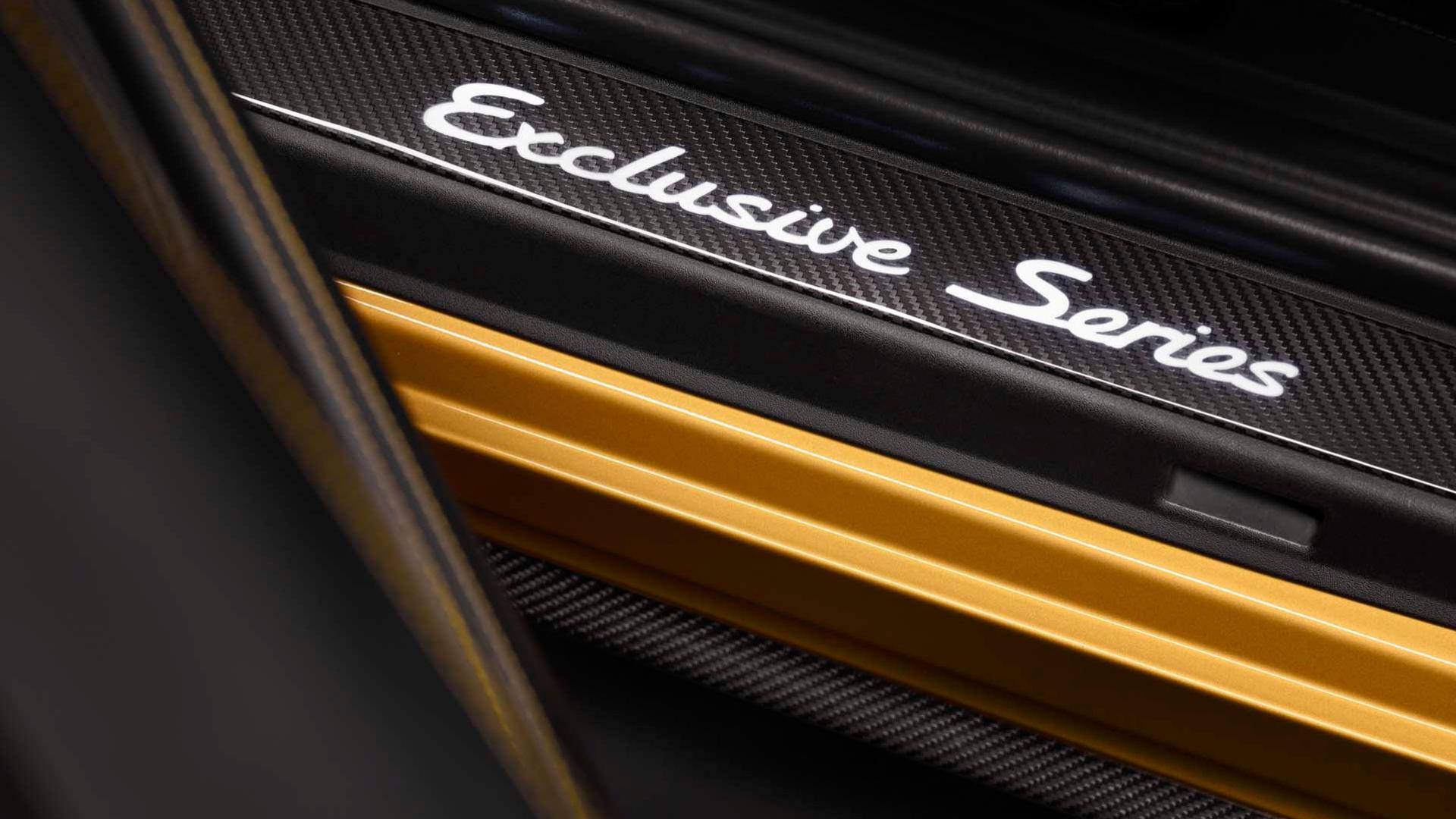 The Chronograph too is limited to 500 units, and its housing is made of lightweight titanium and gets black titanium carbide coating. The carbon dial is taken from the carbon weave stripes on the 911 Turbo S Exclusive Series and finished in the actual paint used on the vehicle. The rotor design is modelled on the rims of the 911 Turbo S Exclusive Series and painted in the original colour. The winding mechanism features a typical Porsche central lock with the Porsche crest on the movement.

In another news, Porsche is closely monitoring the ‘flippers’, and is cracking down on them. Looks like none of them are getting on this Exclusive Series list then. 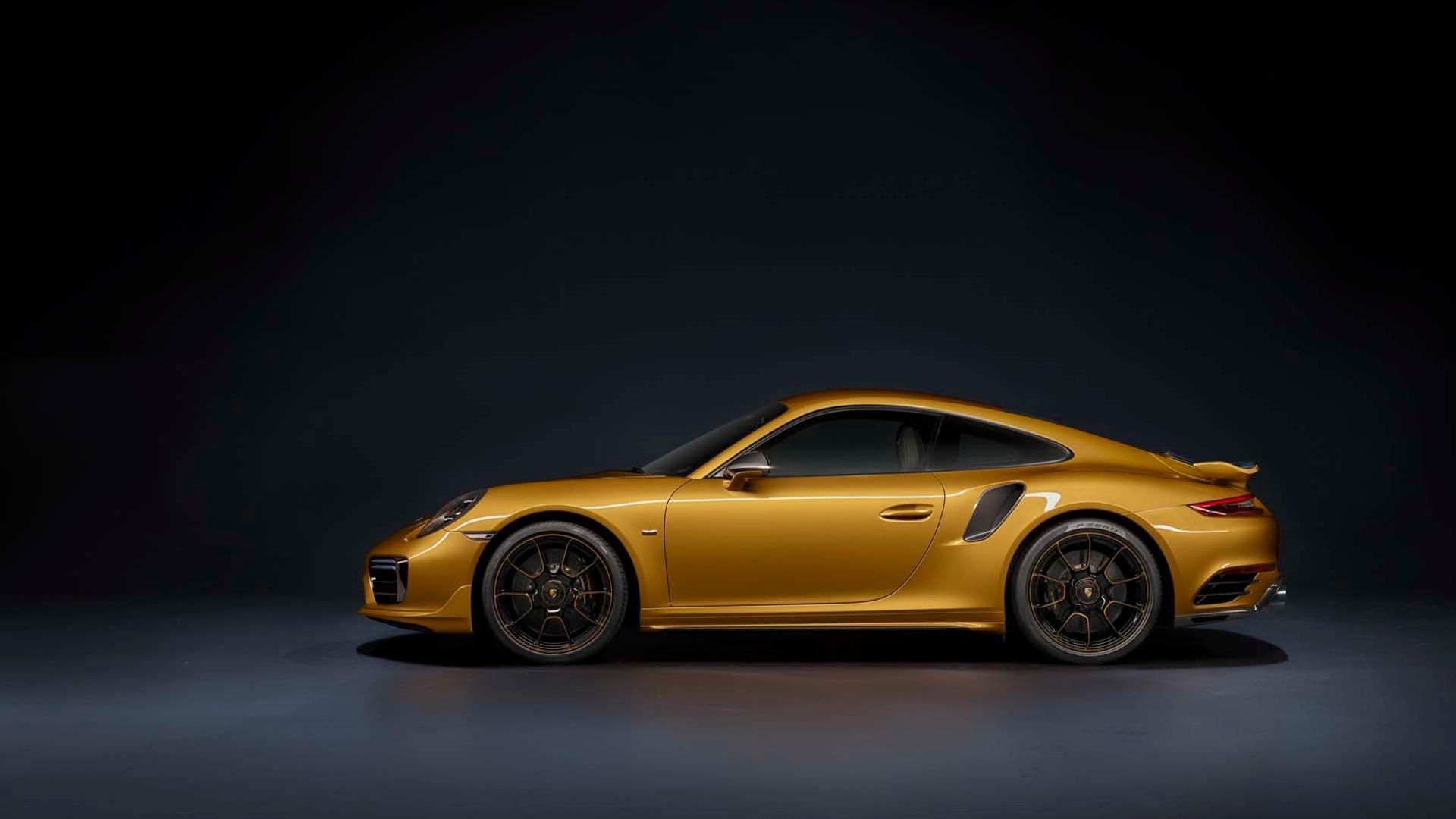 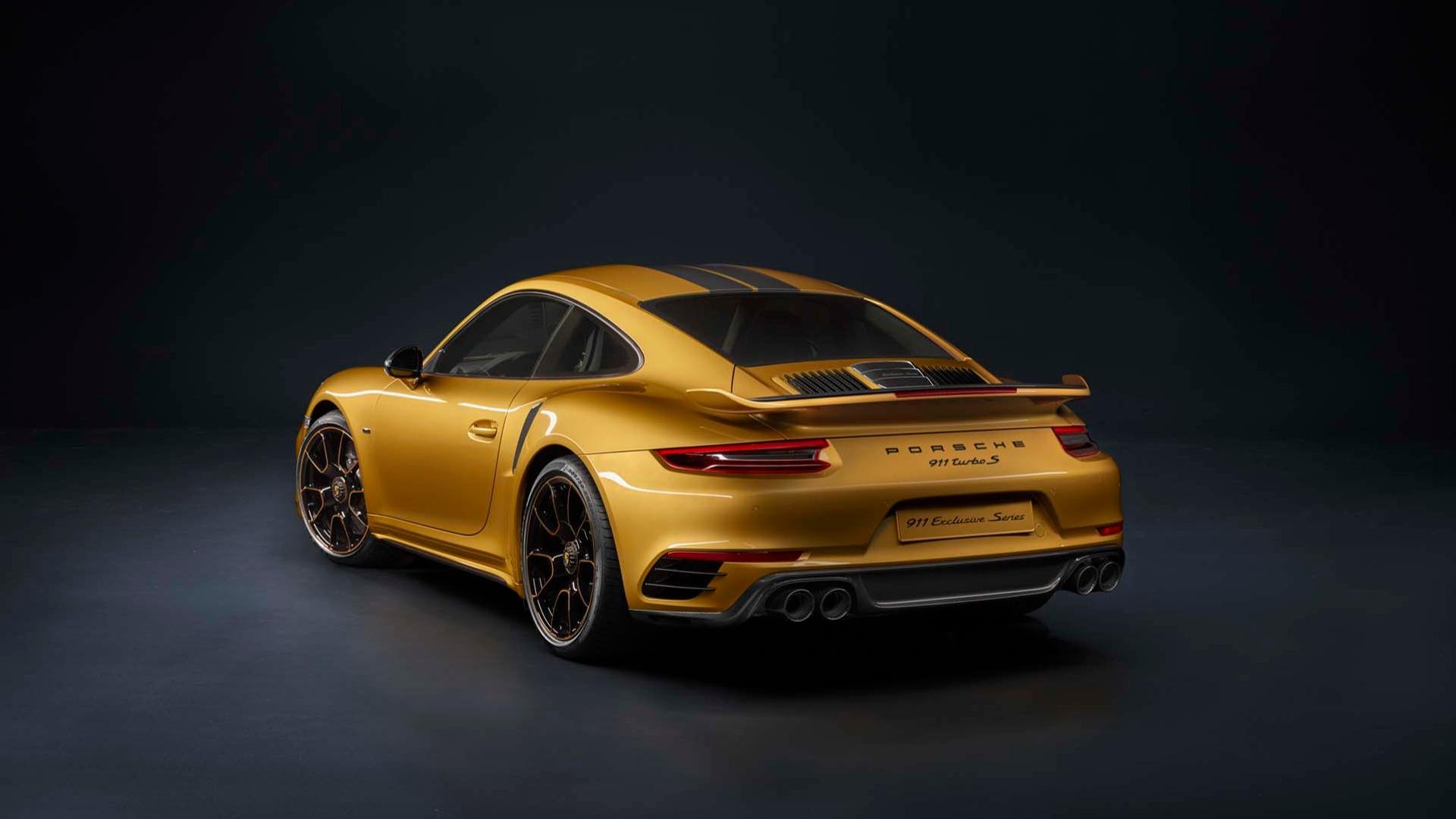 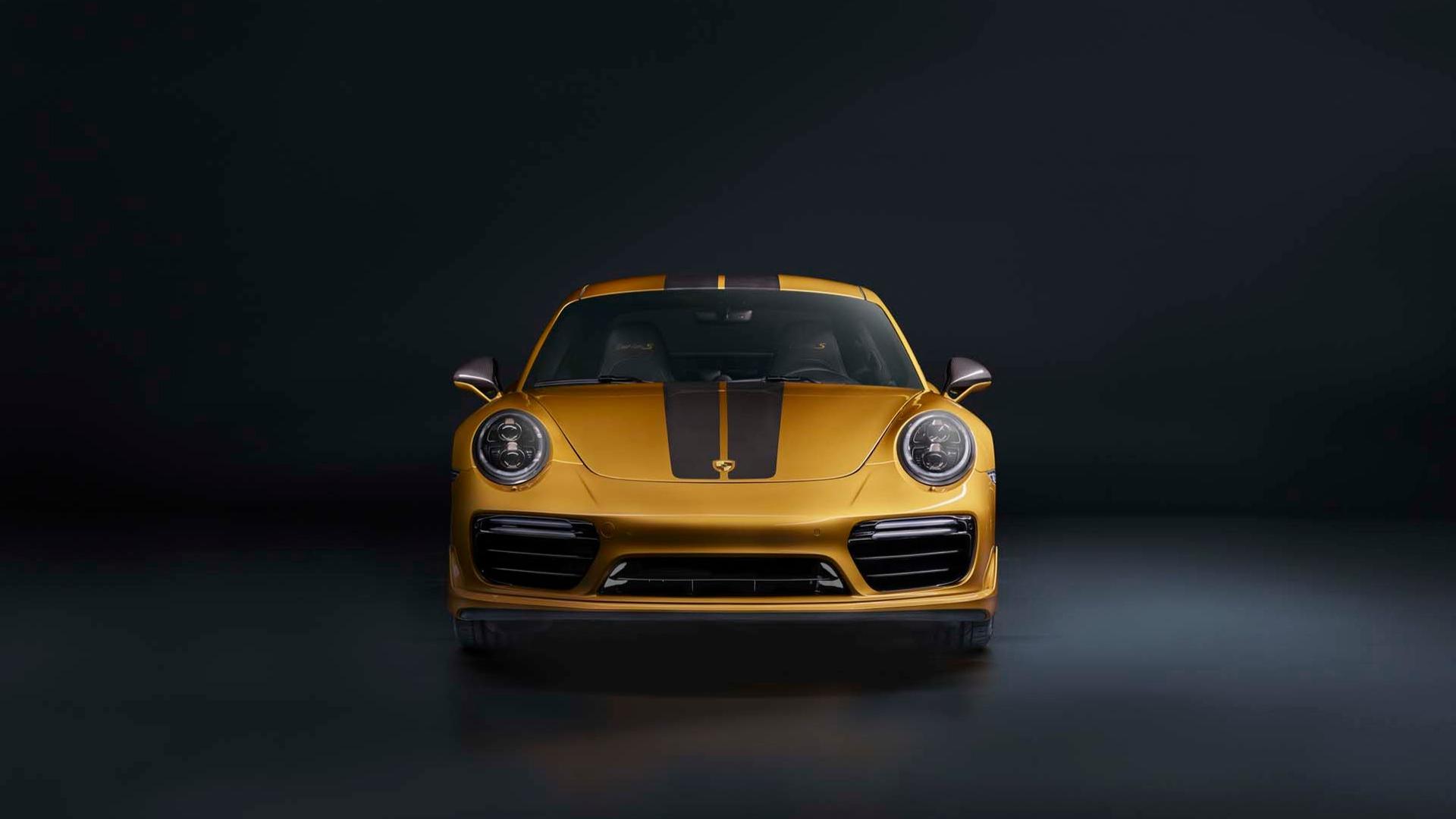 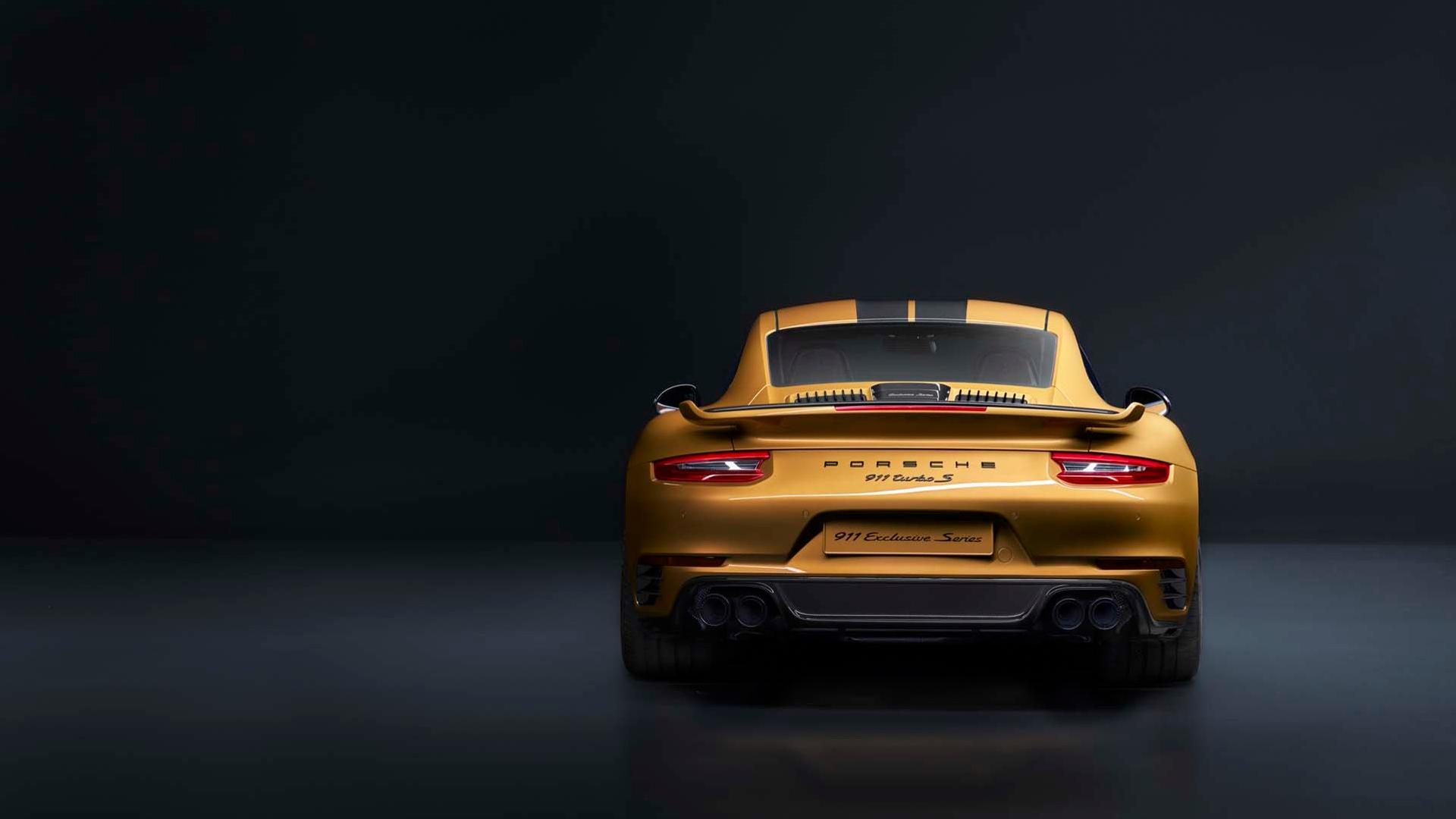 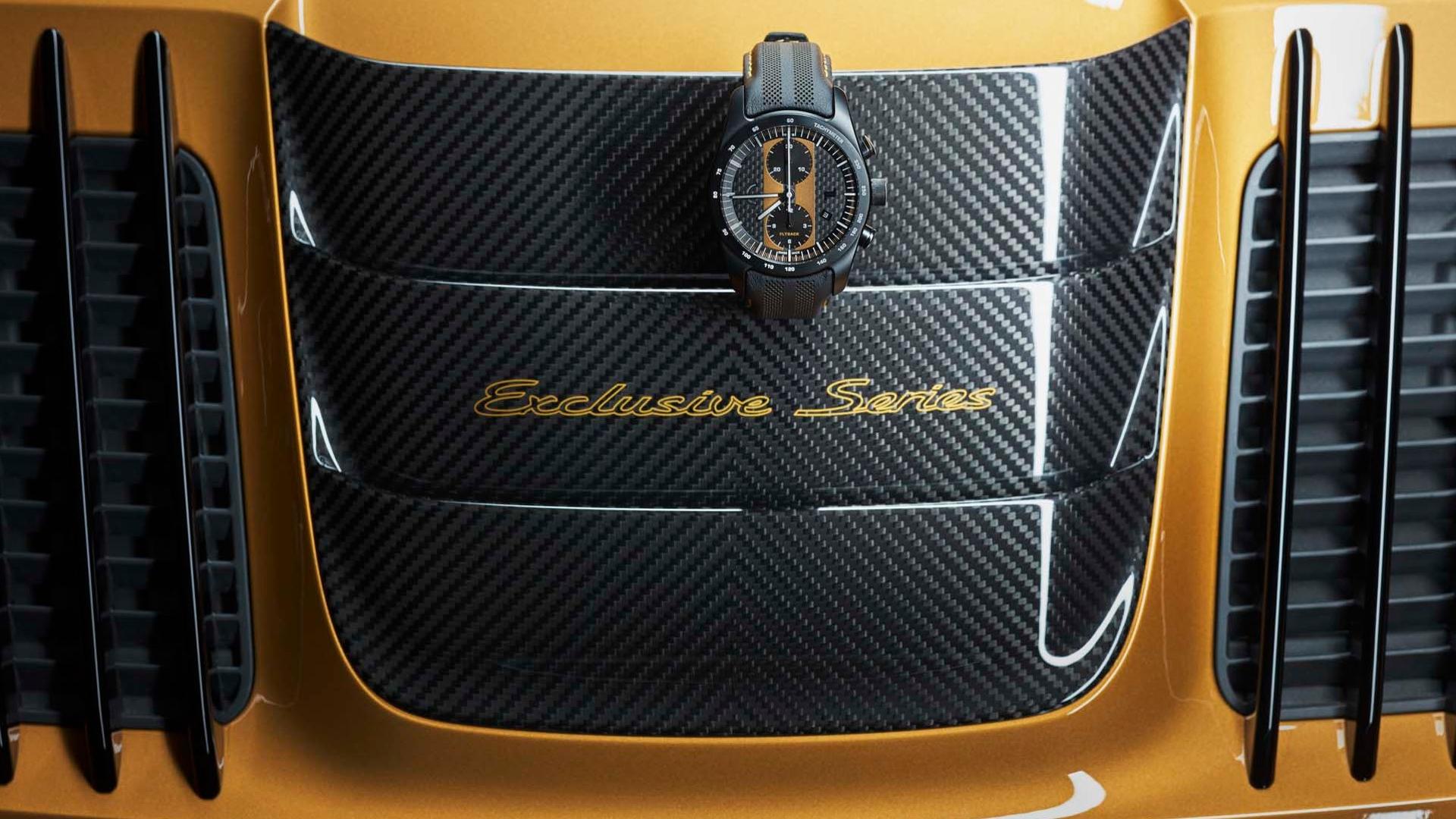 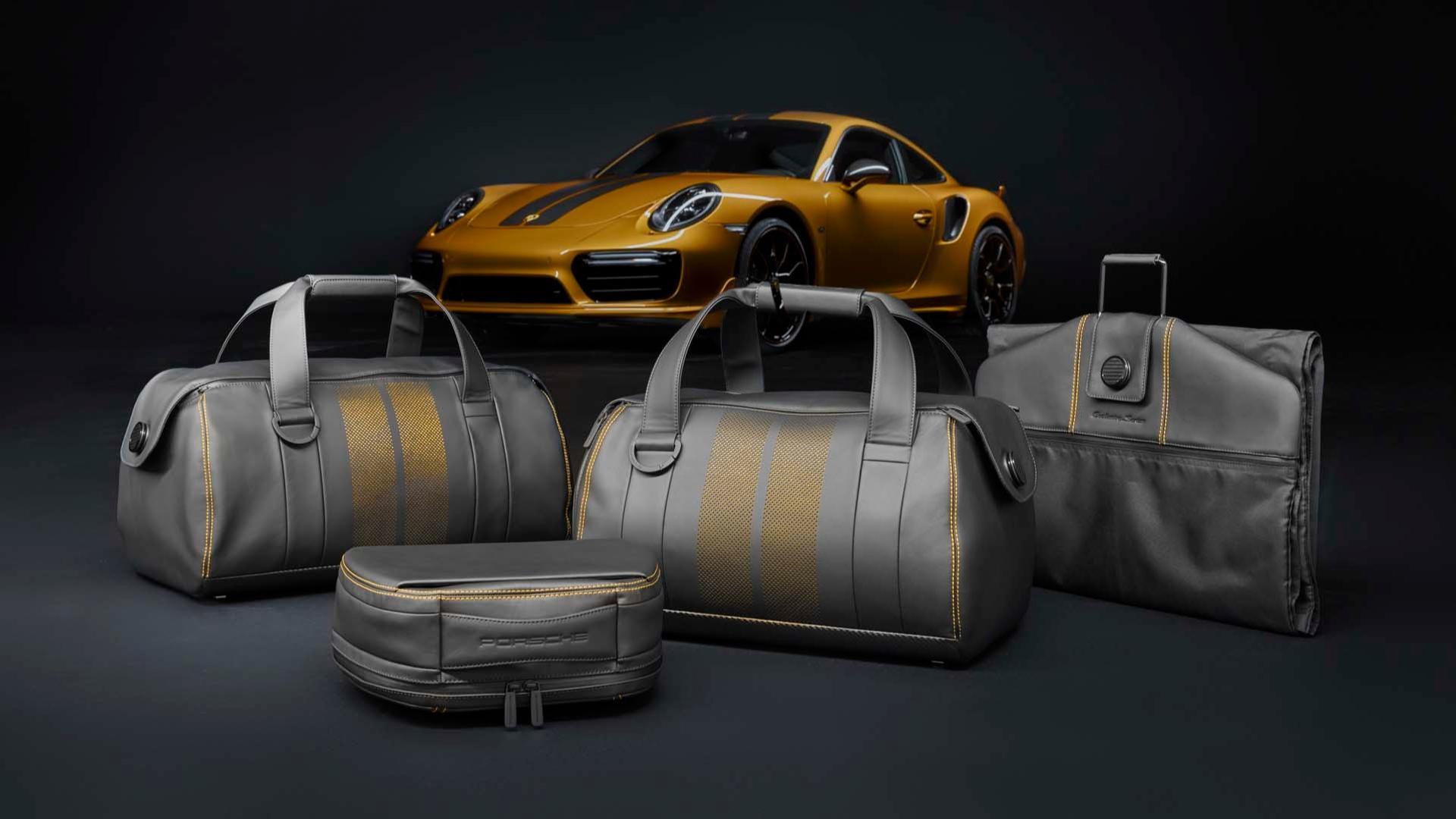