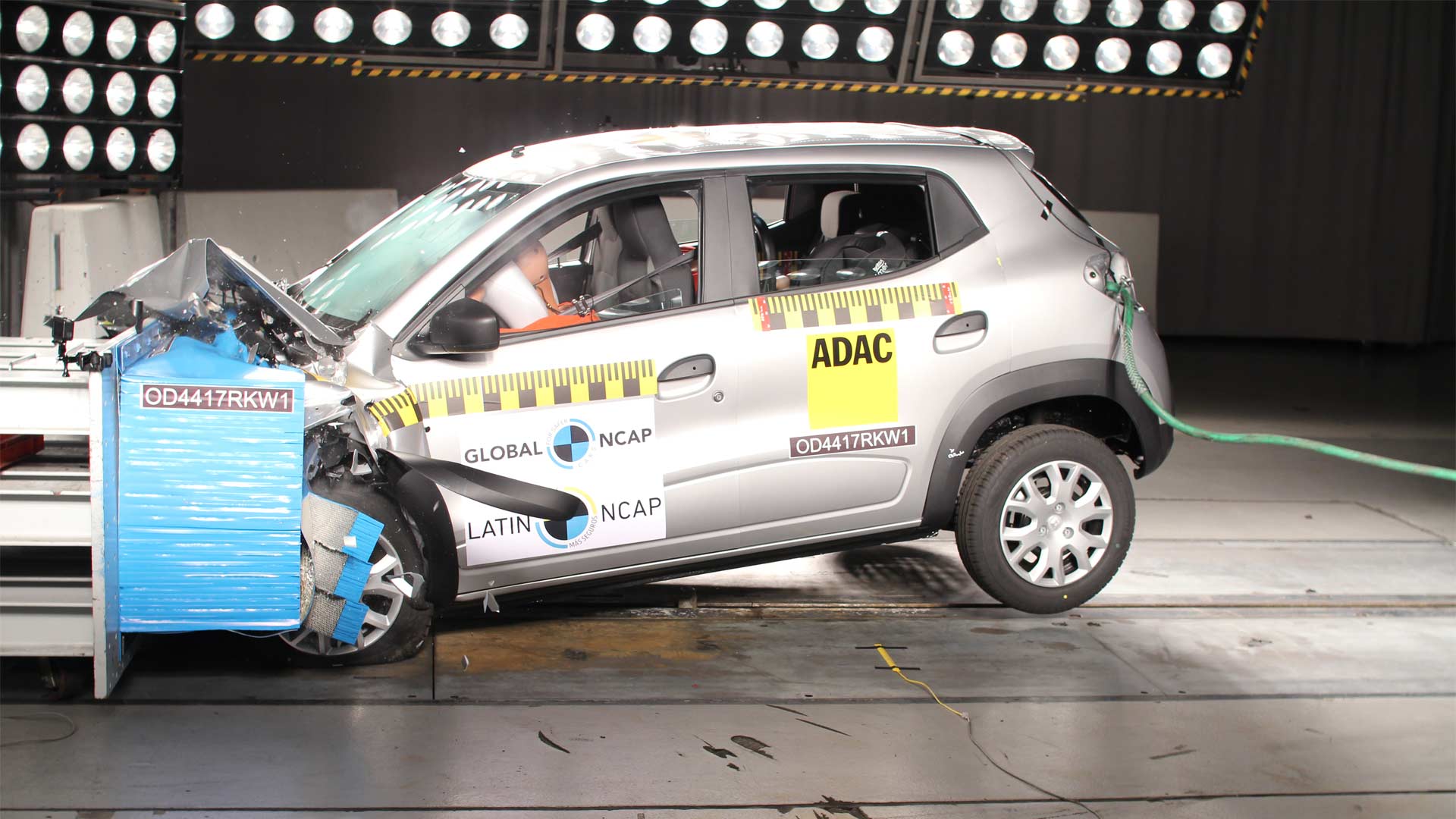 Last year in May, 5 Indian market cars had failed the Global NCAP crash tests. One among them was the Renault Kwid which scored Zero Stars even with a driver airbag. Later in 2016, another test was conducted with an improved build and a driver airbag where it scored 1 Star for both adult and child occupant, and the bodyshell integrity was still declared as unstable.

However, the Brazilian Kwid appears to be more safer as expected. The Renault Kwid for the Latin American market has scored 3 Stars for both adult and child occupant protection.

Side impact: The side thorax airbag offered weak protection to the adult in the chest, while the car offered adequate protection to the abdomen and head and pelvis had good protection. The car does not offer ESC and side pole impact test could not be performed, as side head protection airbags are not available, the report added.

Child Occupant
As for the child occupant, the report said that the child seat for a 3-year-old child was installed forward facing using ISOFIX anchorages and top tether and was able to prevent forward movement during the frontal impact beyond the excursion limits. The Q1.5 (dummy) was installed rearward facing using ISOFIX anchorages and its protection was also good during the frontal impact.

Side impact: Both child dummies were well protected in the side impact. The marking and instructions in the car in relation ISOFIX anchorages were clear and met Latin NCAP requirements. The CRS warning markings for the risk of using a Rearward facing CRS in the passenger seat did not meet Latin NCAP requirements. The car did not offer 3-point belt in all seating positions which explains part of the point loss. The car did not have the passenger airbag disabling switch, however, it had a location in the right edge of the dashboard designed for it. All the above explains the 3 Stars in Child Occupant protection.

Latin NCAP said that the Kwid was the most requested test of the year.