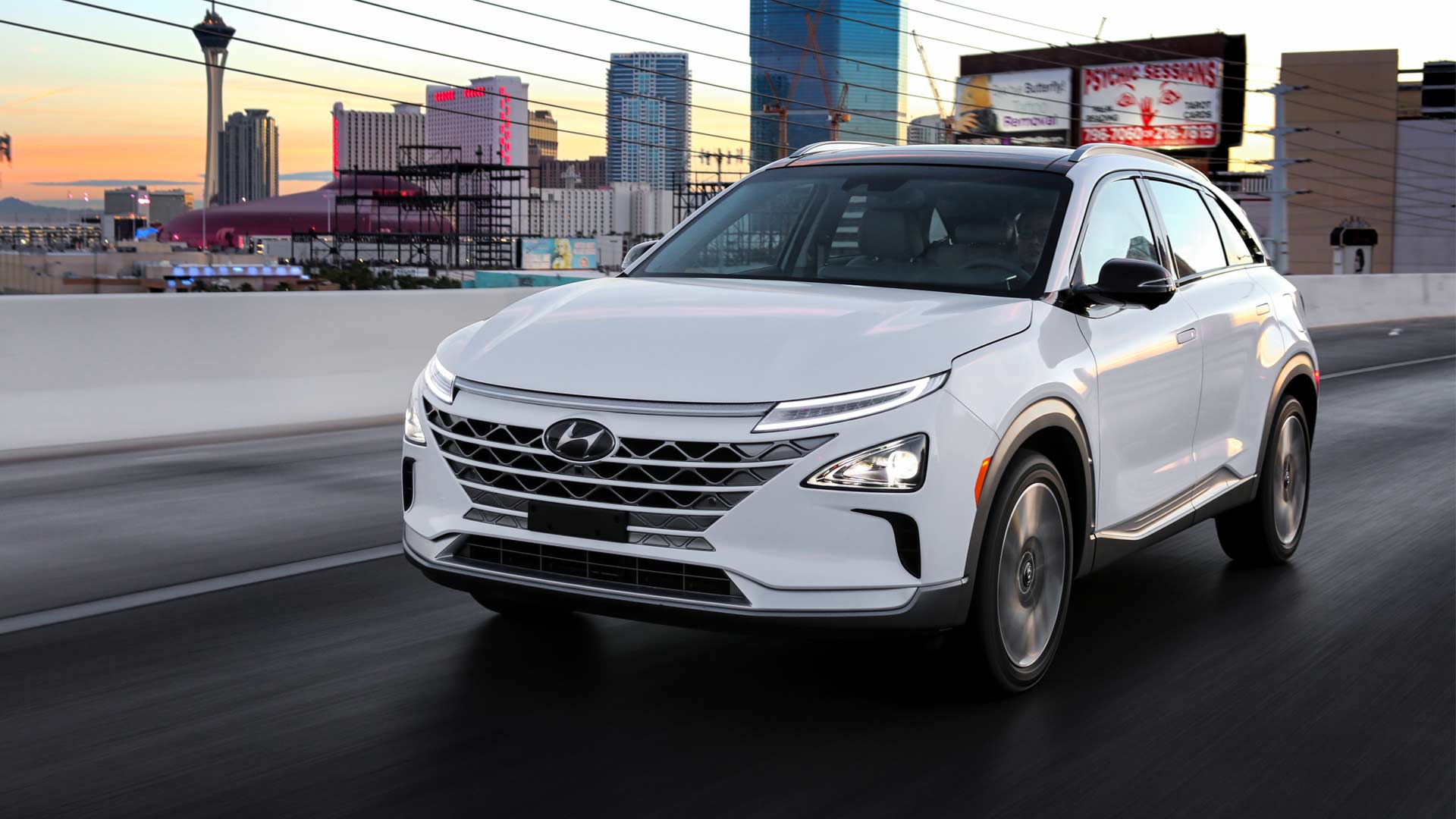 Last year in August, Hyundai unveiled its ix35 FCEV (Tucson FCEV) successor, but the name and few more details were saved for the CES 2018.

Named ‘NEXO’, the model will spearhead Hyundai’s plans to develop low emission vehicles, in line with the company’s goal of introducing 18 eco-friendly models globally by 2025.

The NEXO will be available in select markets around the world starting early 2018. Improving upon the Tucson FCEV, the NEXO has an estimated driving range of 595 km (370 mi), 169 km (105 mi) more than its predecessor. Acceleration and power have increased to improve the overall performance, the company said.

Hyundai said that the vehicle is capable of starting after being subject to overnight temperatures of -20 degrees Fahrenheit. NEXO boasts cold start capability within 30 seconds which is an industry-leading achievement and the fuel cell system warms up faster for maximum performance. The NEXO also has excellent cooling performance on steep grades with temperatures exceeding 120 degree Fahrenheit. Also, the vehicle accelerates from 0-60 mph (96.5 km/h) quicker than the Tucson FCEV, weighs less, has more cabin space and gets 30% more range. As for the hydrogen storage, the system is lighter than in the Tucson FCEV, and can be refueled within 5 minutes. The NEXO features Blind-spot View Monitor (BVM) which is claimed to be an industry-first technology. It shows drivers on a center cluster screen the rear and side views of the NEXO using cameras while changing lanes in either direction. The system uses wide angle surround view monitors (SVM) on each side of the vehicle to monitor areas that cannot be seen by a traditional rearview mirror. Hyundai claims to be the first automaker to provide drivers video footage from both sides of the vehicle.

Other kit includes Lane Following Assist (LFA) and Highway Driving Assist (HDA), Remote Smart Parking Assist (RSPA). RSPA enables NEXO to autonomously park or retrieve itself from a parking space with or without a driver in the car. The RSPA system can even back a NEXO into a parking spot by itself with a touch of a button from the driver.

Besides parking itself, the NEXO is capable of level 4 autonomous driving. In early 2018, a fleet of NEXOs completed a self-driven journey across South Korea, from Seoul to Pyeongchang. Hyundai said that the NEXOs traveled at speeds of up to 110 km/h (68 mph), the maximum speed allowed on Korean highways. They executed lane changes and overtaking maneuvers, navigated toll gates and even drove around roundabouts.

Also, check out more photos of the NEXO here. “Hydrogen energy is the key to building a more sustainable society. Hyundai Motor Company has already taken a lead in hydrogen technology with introduction of Tucson fuel cell,” said Dr. Woong-chul Yang, Vice Chairman, Hyundai Motor Company. “Yet as another result of this earth-saving effort, today, I am so proud to introduce to you our second-generation Fuel Cell Electric Vehicle which is a culmination of our cutting-edge technologies.”