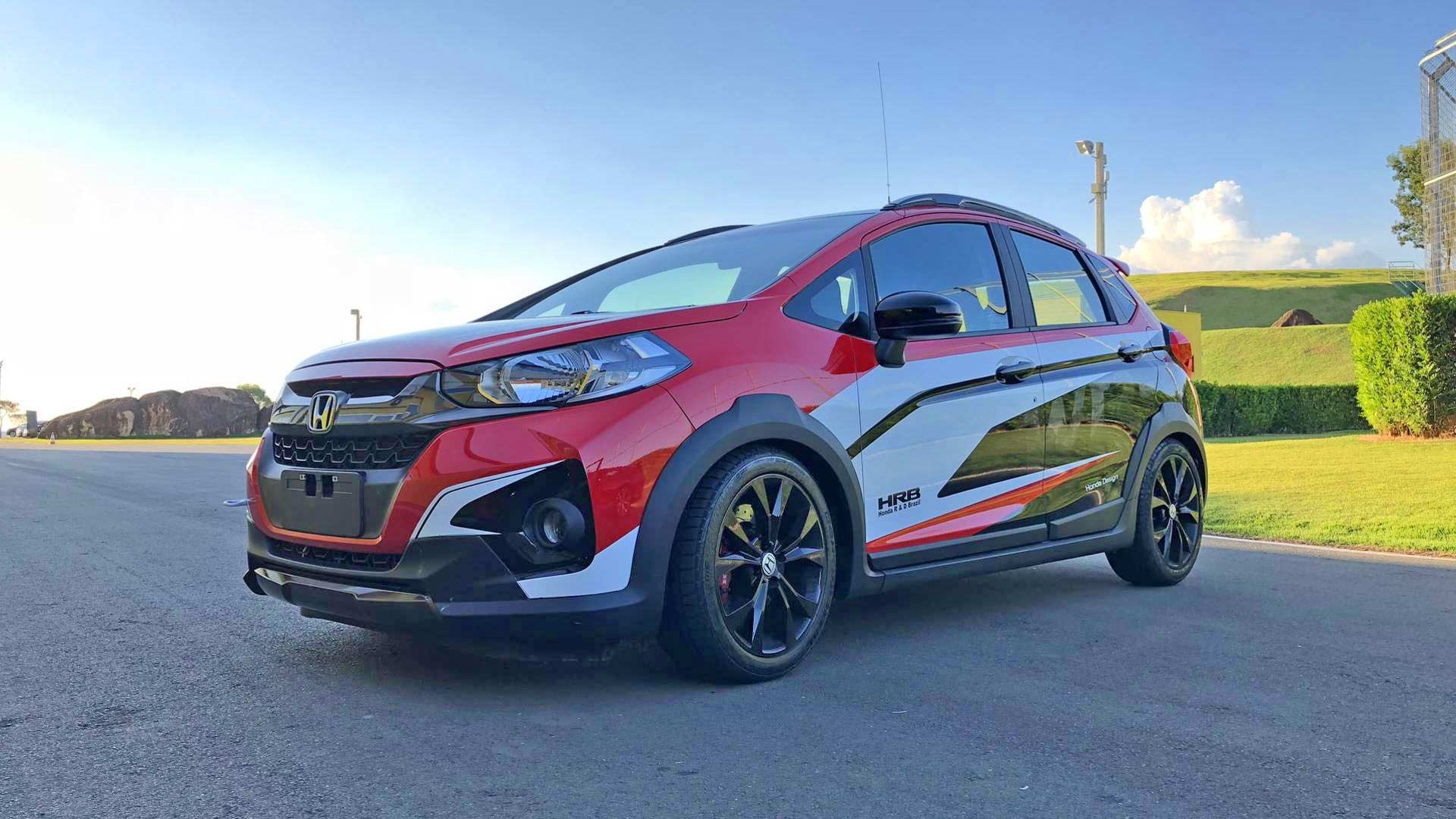 The Brazilian media recently had a track session with the Honda Civic Si – one of the performance variants of the Civic. The pace car for the event was this WR-V Turbo concept. Compared to its civilian sibling which is marketed as a crossover, the WR-V Turbo sits lower, and gets a tastefully done red and black dual-tone paint job with white accents. Or is a wrap? not sure.

Naturally, all the chrome bits including the thick one on the front grille get a dark grey gloss finish. The 17-inch wheels are also painted in a graphite color, and are shod with Continental 215/45 Extreme Contact tires. The vehicle gets disc brakes all around with calipers painted in red.

A large red spoiler and gloss-black painted ORVMs round off the exterior looks. Besides the equipment required for a race track, the WR-V Turbo gets Sparco bucket seats on the inside. There are sporty pedals as well which appears to be made from aluminium.

Under the hood, the pace car packs a 1.5-litre 4-cylinder turbocharged petrol engine which develops around 166 hp, and after increasing the boost pressure, it produces 211 hp and 255 Nm of torque, with ethanol fuel.

The WR-V has been a success story for Honda in India, crossing 50,000 cumulative sales milestone in one year since its launch. More on that here. 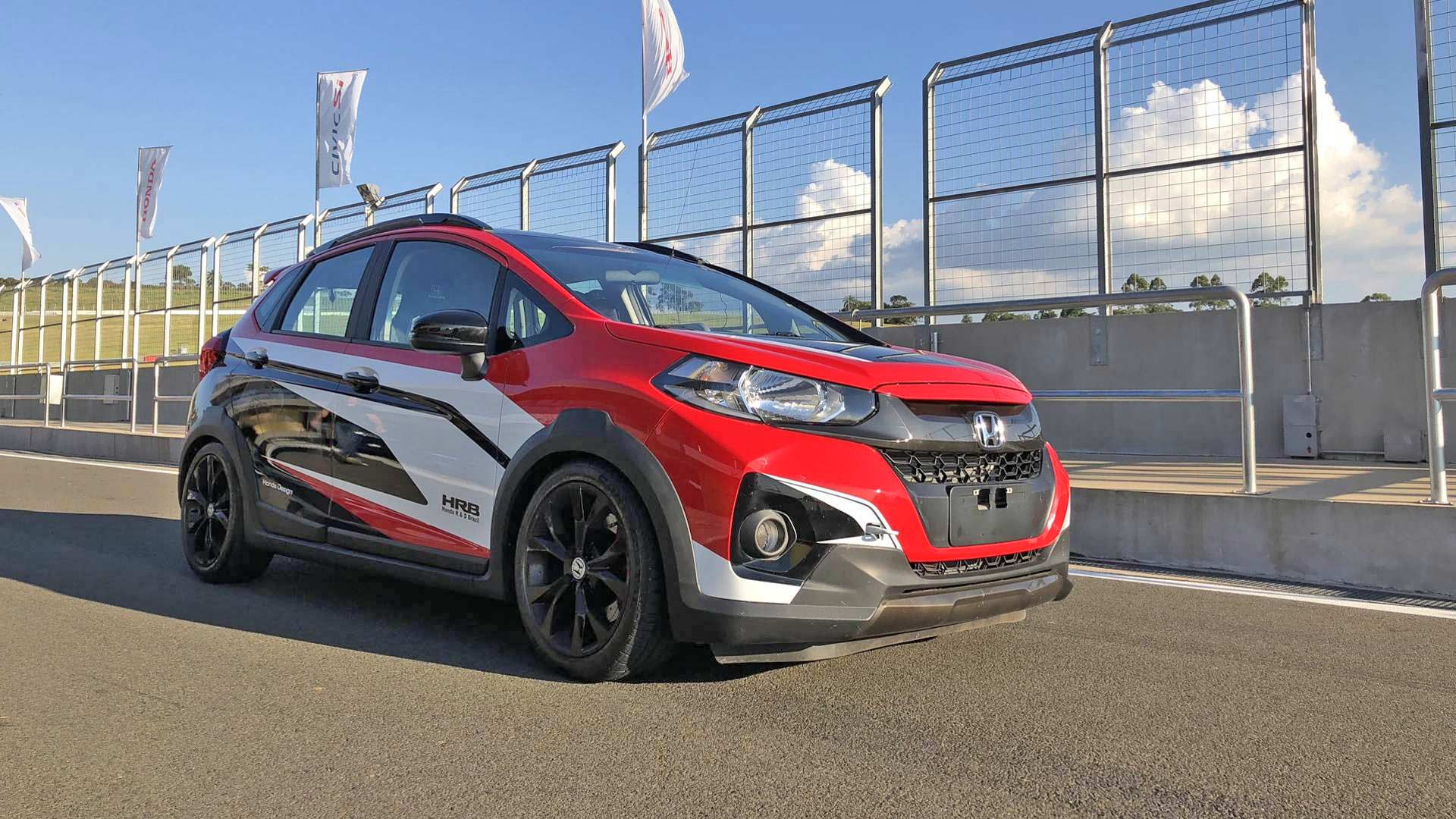 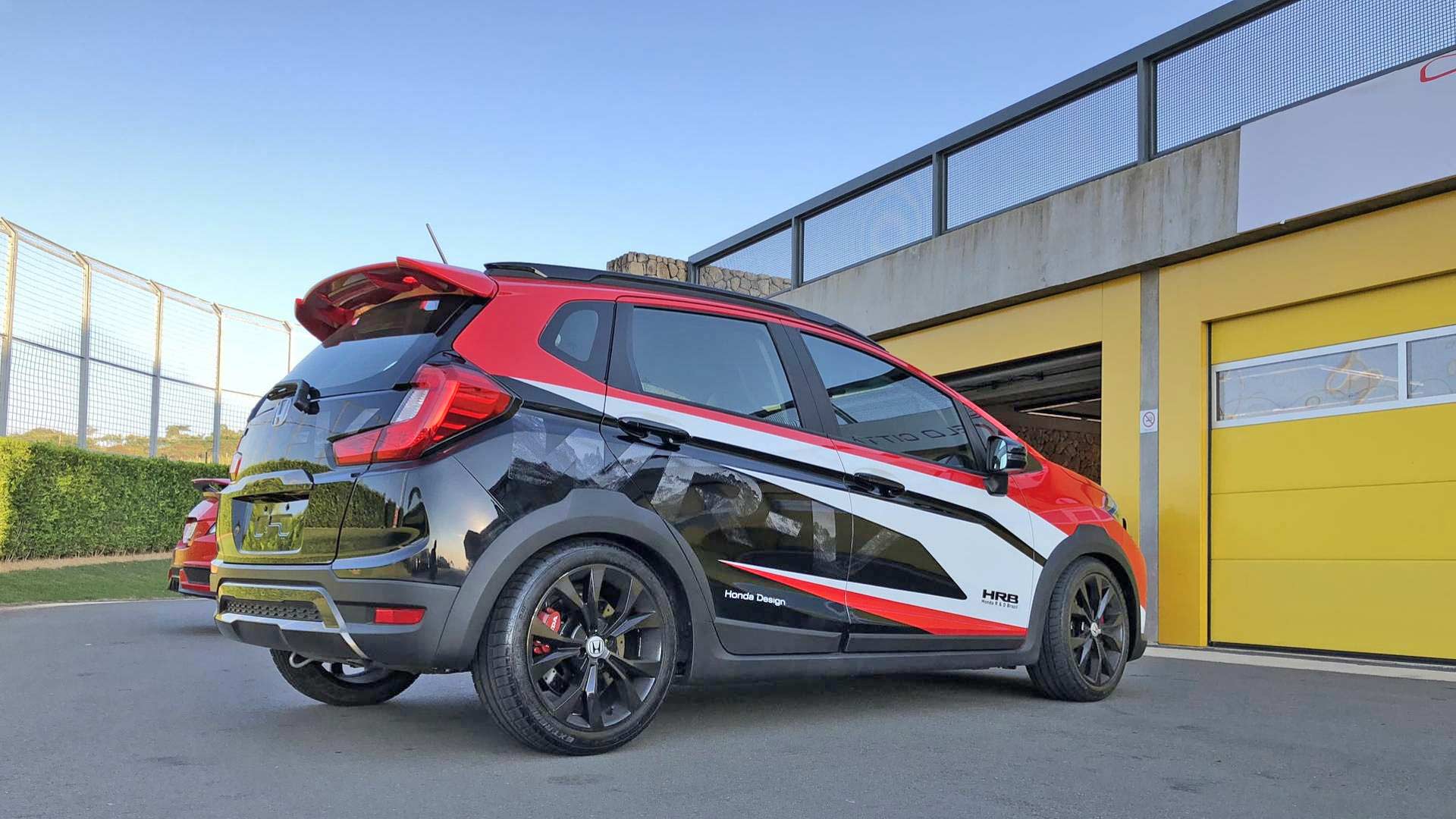 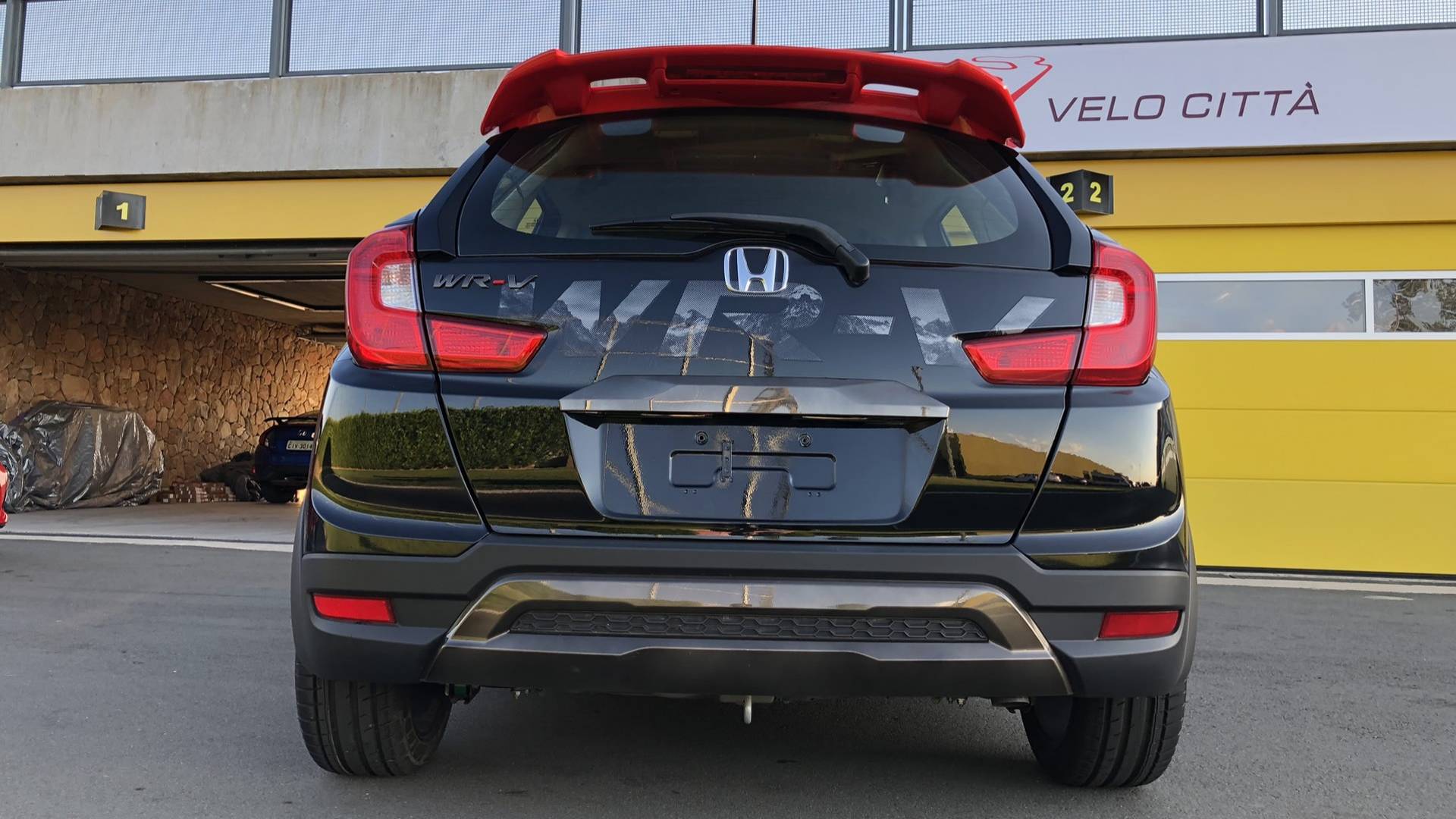