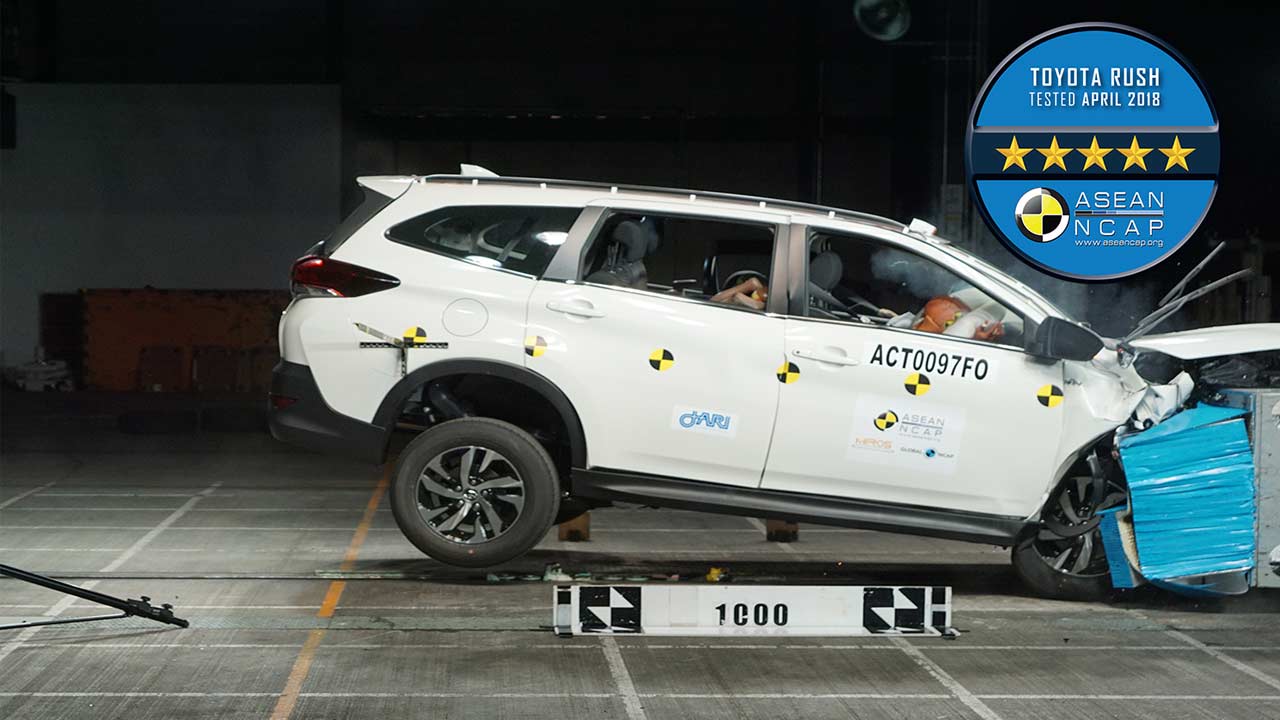 The Toyota Rush, currently on sale in Indonesia, Brunei and Philippines, has achieved 5-Star rating in the ASEAN NCAP tests with an overall score of 84.03 points. The final score is based on the 43.25 points for Adult Occupant Protection, 21.33 points for Child Occupant Protection and 19.44 points for Safety Assistance systems.

The new Toyota Rush was unveiled in November 2017. Read more about the crossover here.