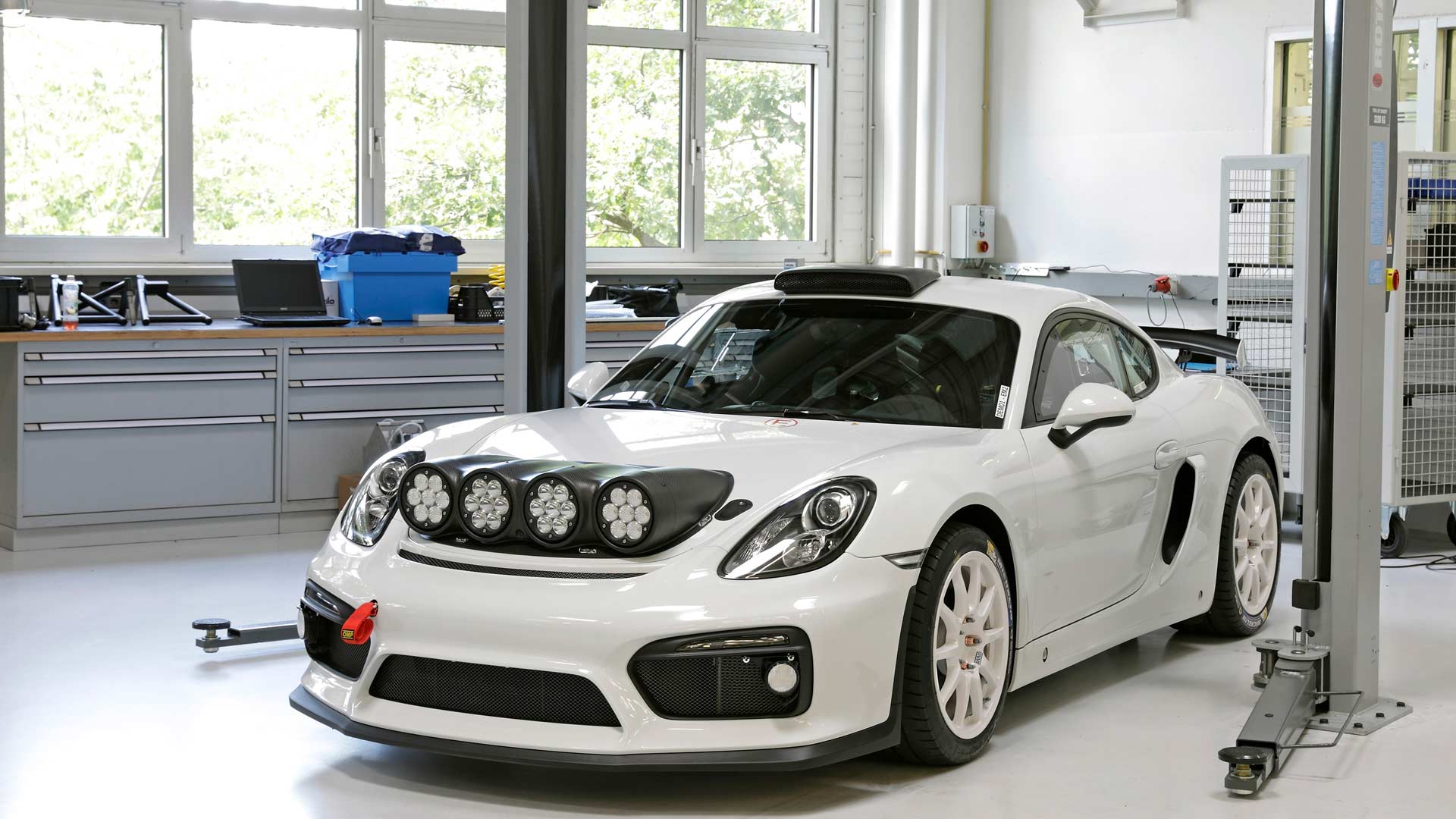 Porsche’s Motorsport division has created a rally concept out of Cayman GT4 Clubsport that will serve as a course car at this year’s ADAC Rallye Deutschland (16-19 August). The Clubsport will run ahead of the starter field.

Romain Dumas (France) who set a new record at Pikes Peak recently, will take the wheel. Besides the obligatory extra lights on the frunk and a roof scoop, the rally car doesn’t look all that different from the regular Cayman GT4 Clubsport. The rally-spec Clubsport is powered by a 283 kW (385 hp) 3.8-litre flat-six engine. The Porsche dual clutch transmission (PDK) drives the rear wheels. There are steering mounted shift paddles as well. Rest of the interiors have been modified accordingly.

As you can see in one of the photos here, the car has been fitted with full underbody protection. The doors feature an energy-absorbing foam element, used in WRC cars.

“We’re looking forward to seeing how the rally world responds to our FIA R-GT concept study,” said Dr. Frank-Steffen Walliser, Vice President, Motorsport and GT Cars. “I would like to invite every interested driver and team principal to visit the service park and take a close look at our rally concept car. Based on the feedback and the interest from potential customers, we will then decide by the end of the year whether we’ll develop in the mid-term a competition car for near-standard rallying based on a future Porsche model.” 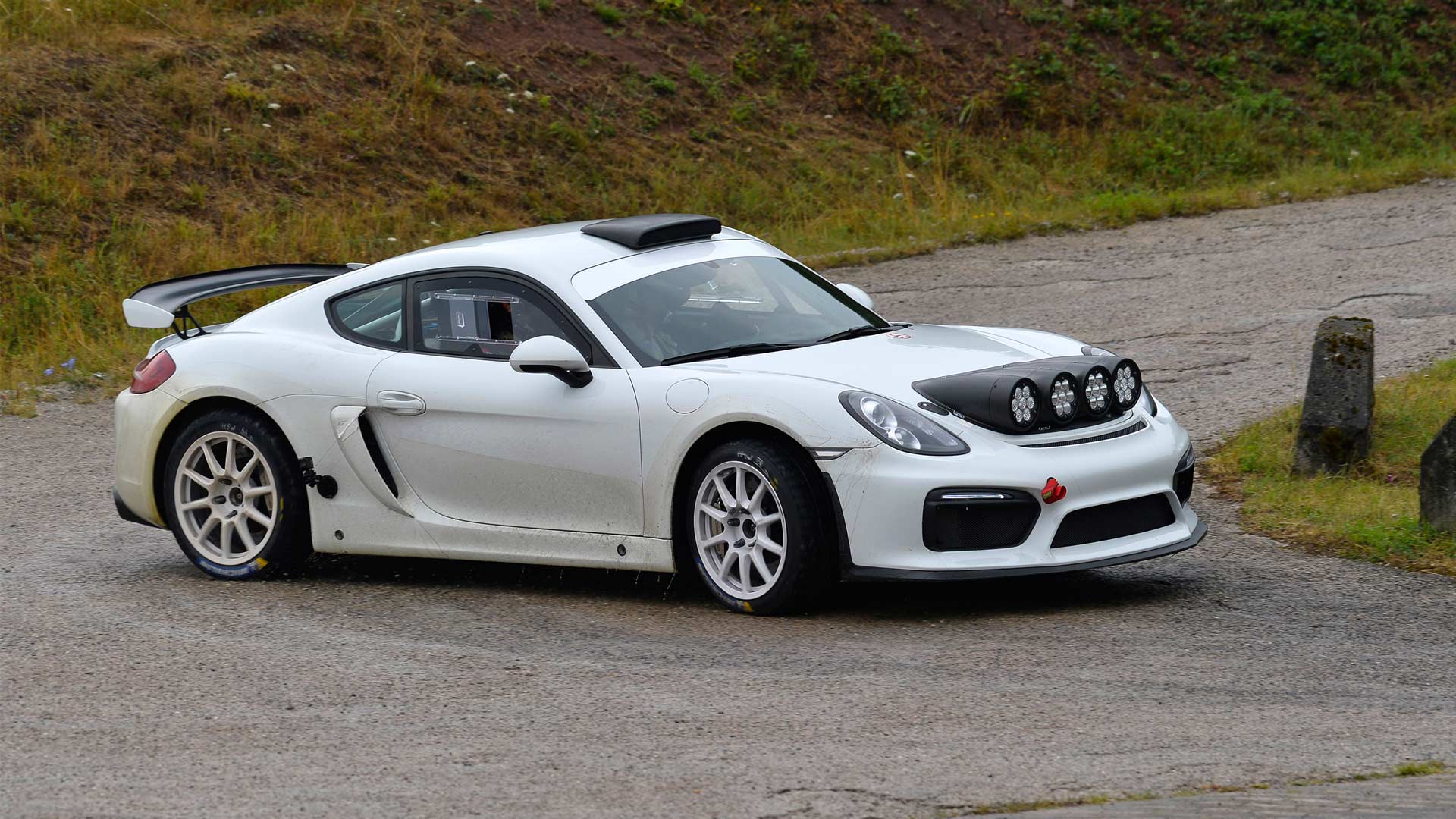 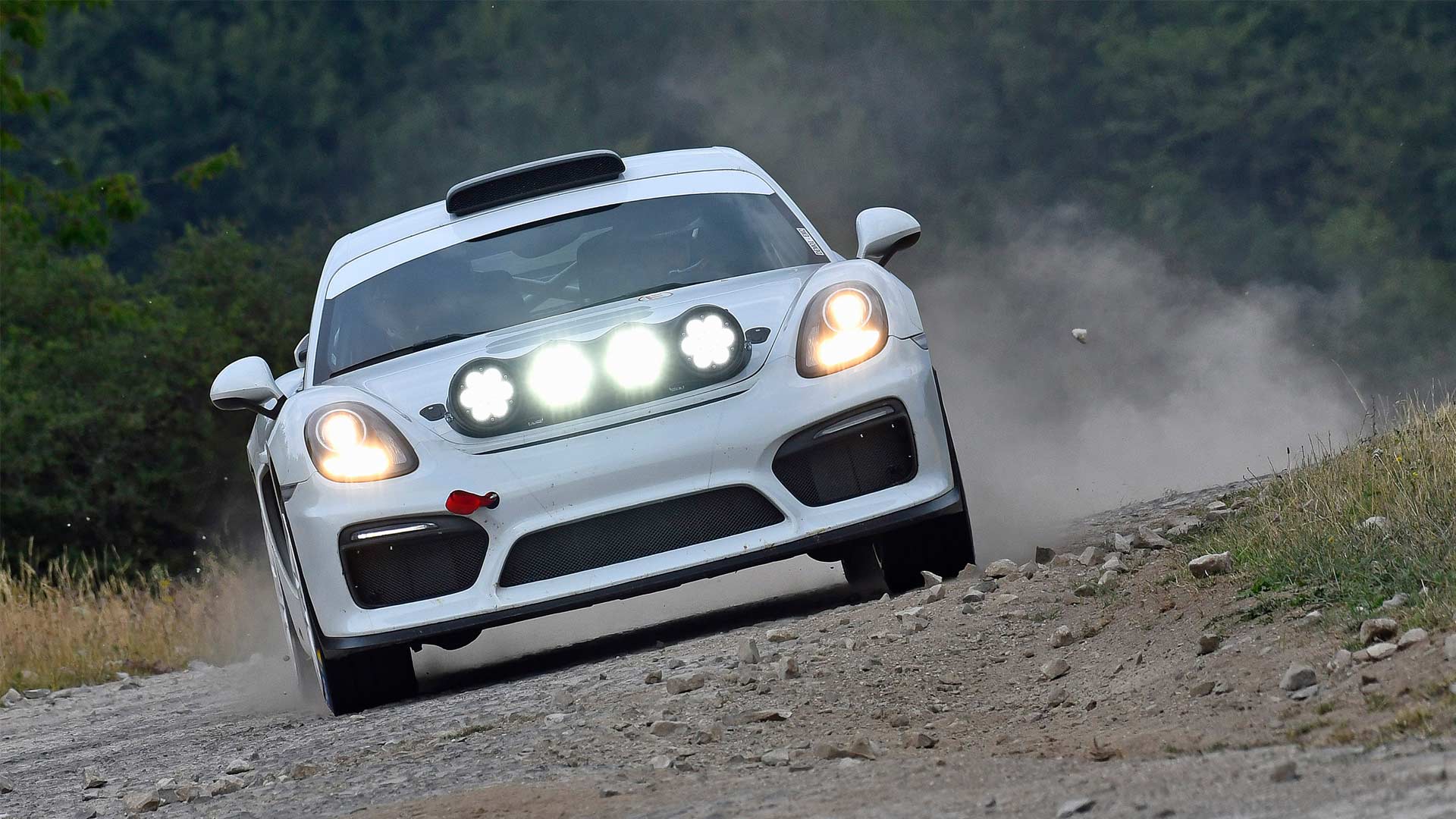 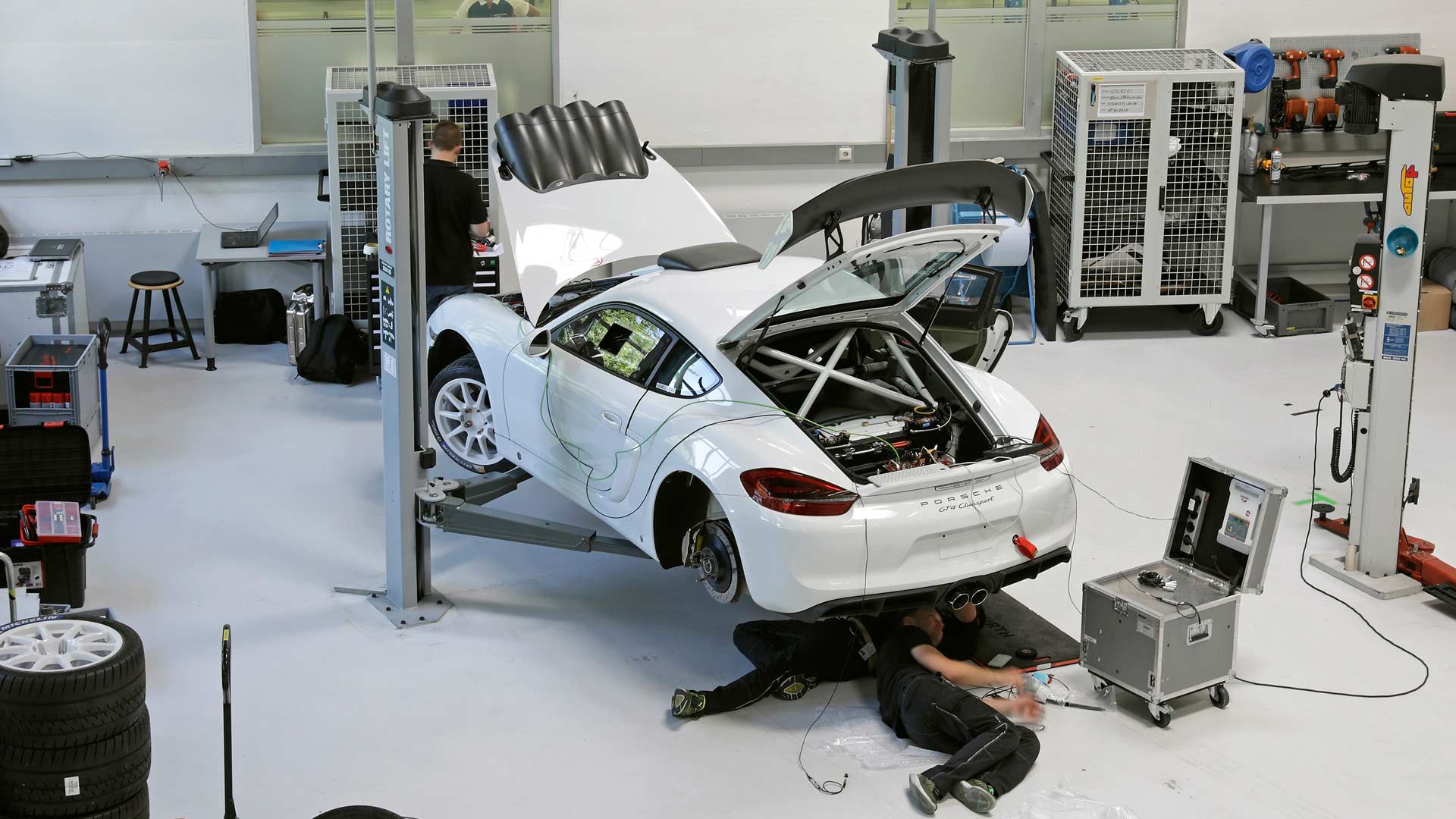 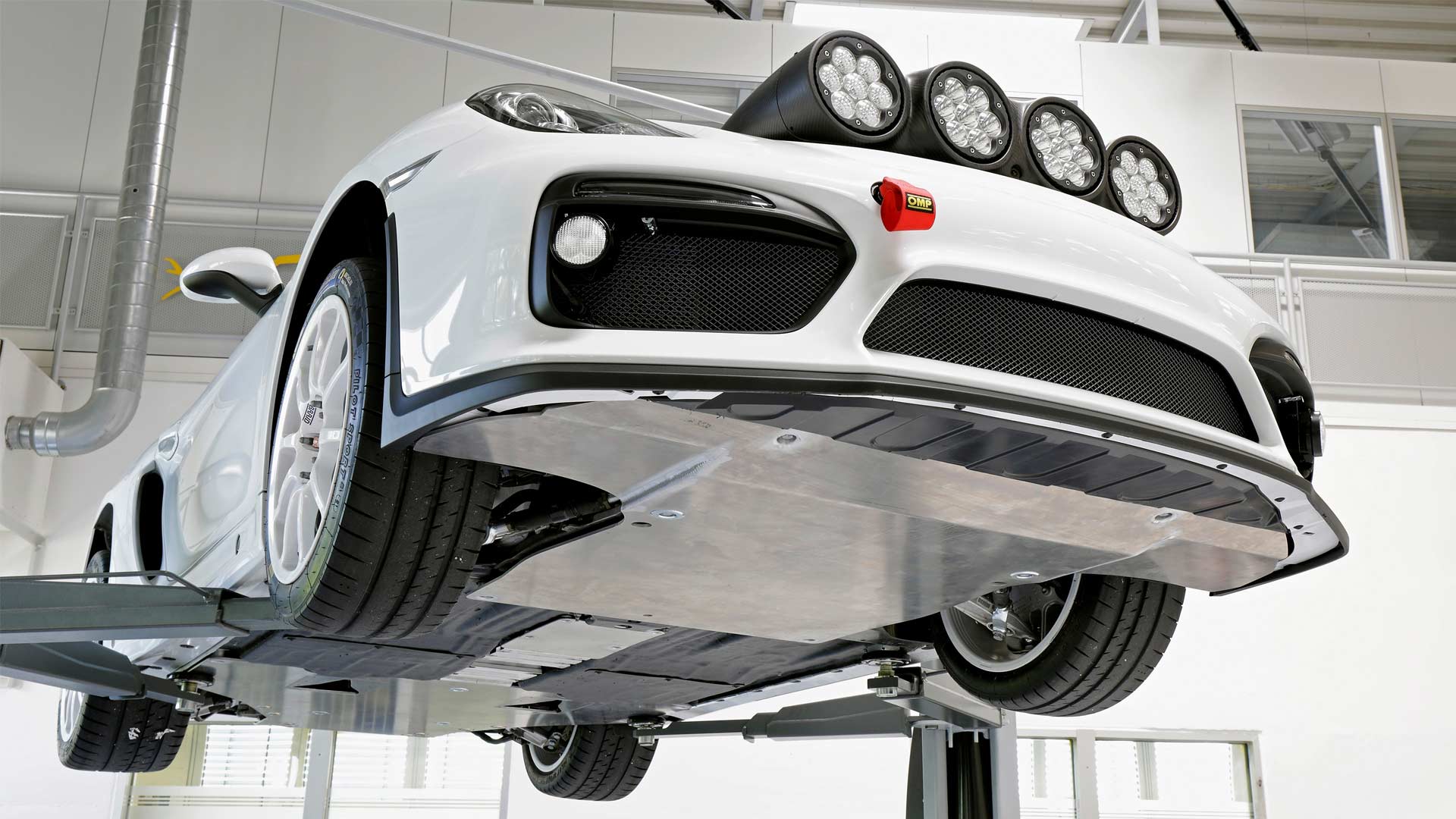 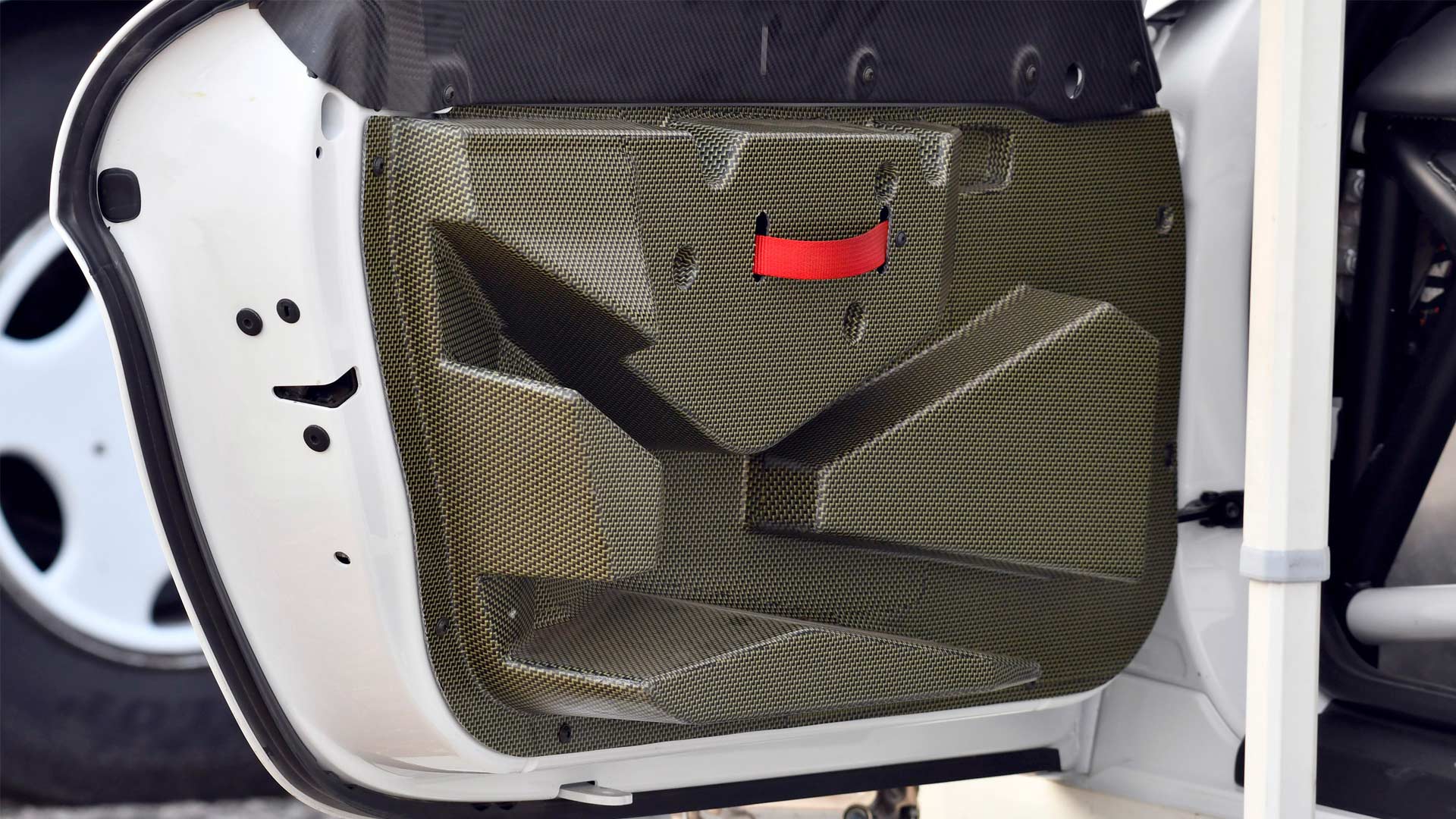 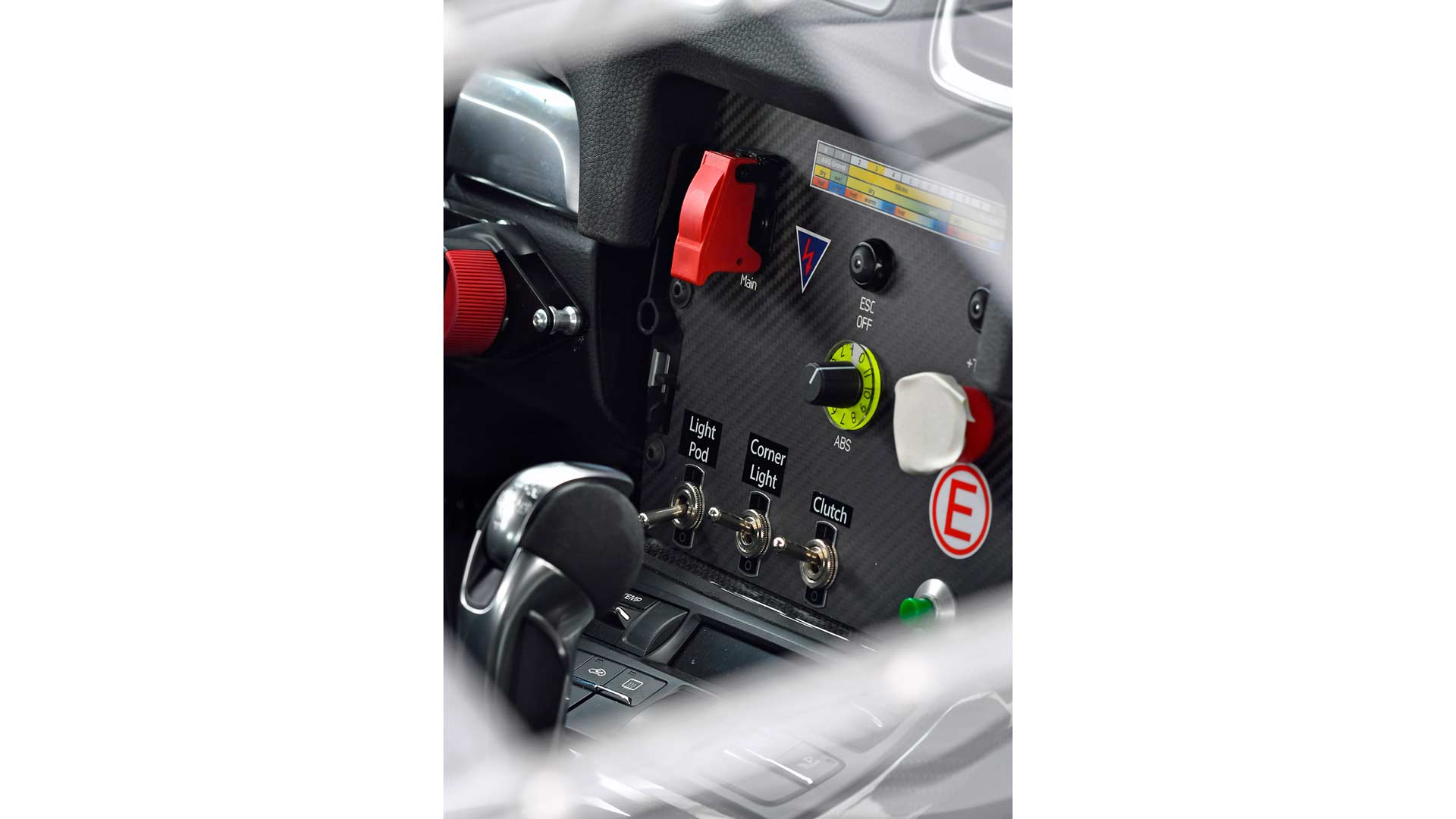