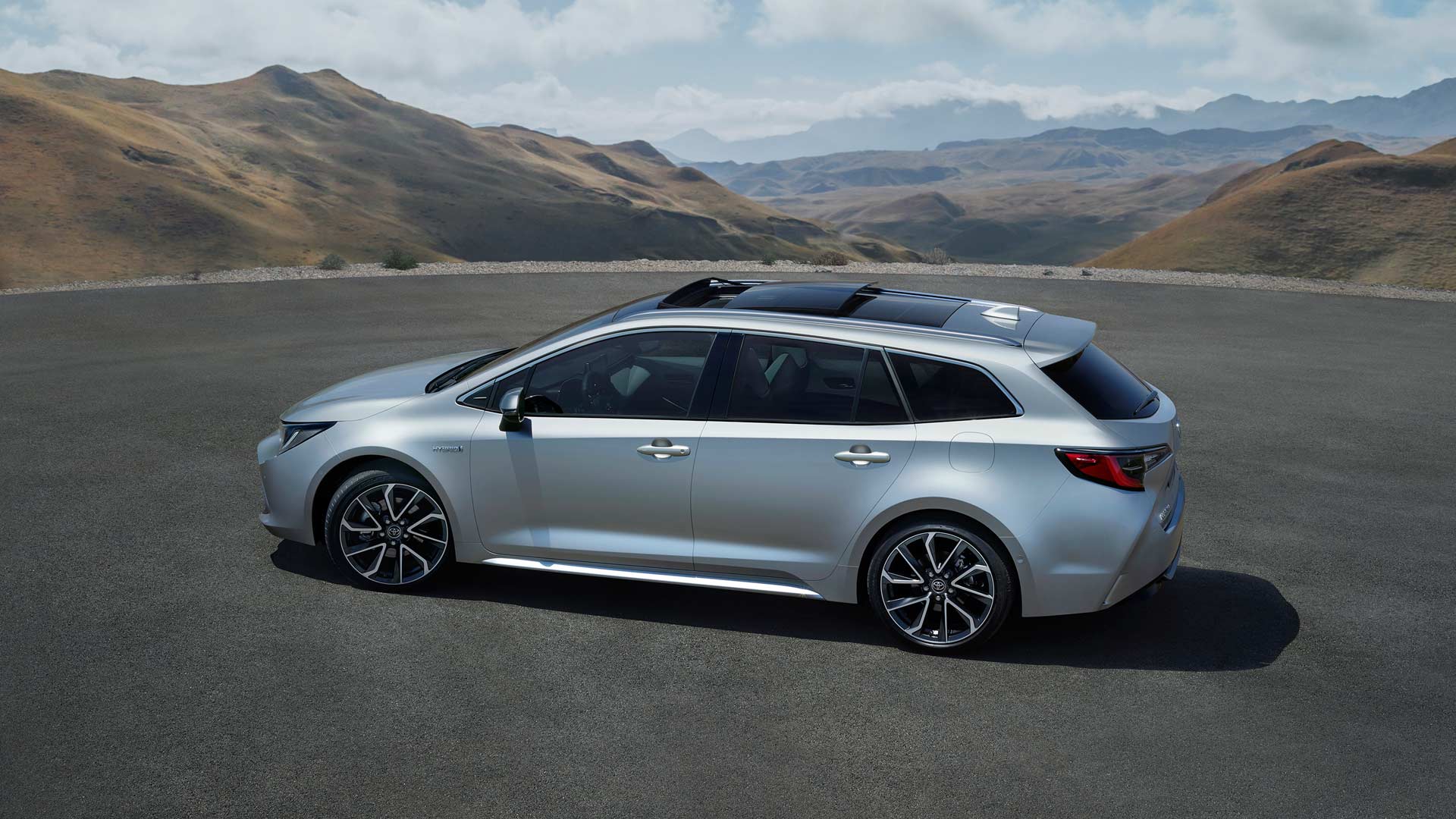 Toyota has revealed the Corolla Touring Sports ahead of its first appearance at the 2018 Paris Motor Show. The design is based on the 12th generation Corolla hatchback that was revealed earlier this year.

The Touring Sports was styled in Europe at the recently opened Design Centre in Zaventem (Belgium), and the designers appear to have taken the inspiration from shooting brake body styles as well. Full LED headlamps, flared wheel arches, muscular rear shoulders and slanted rear windscreen, all have been carried over from the hatchback. Deeper rear bumper styling echoes the frontal Under Priority Catamaran design language. 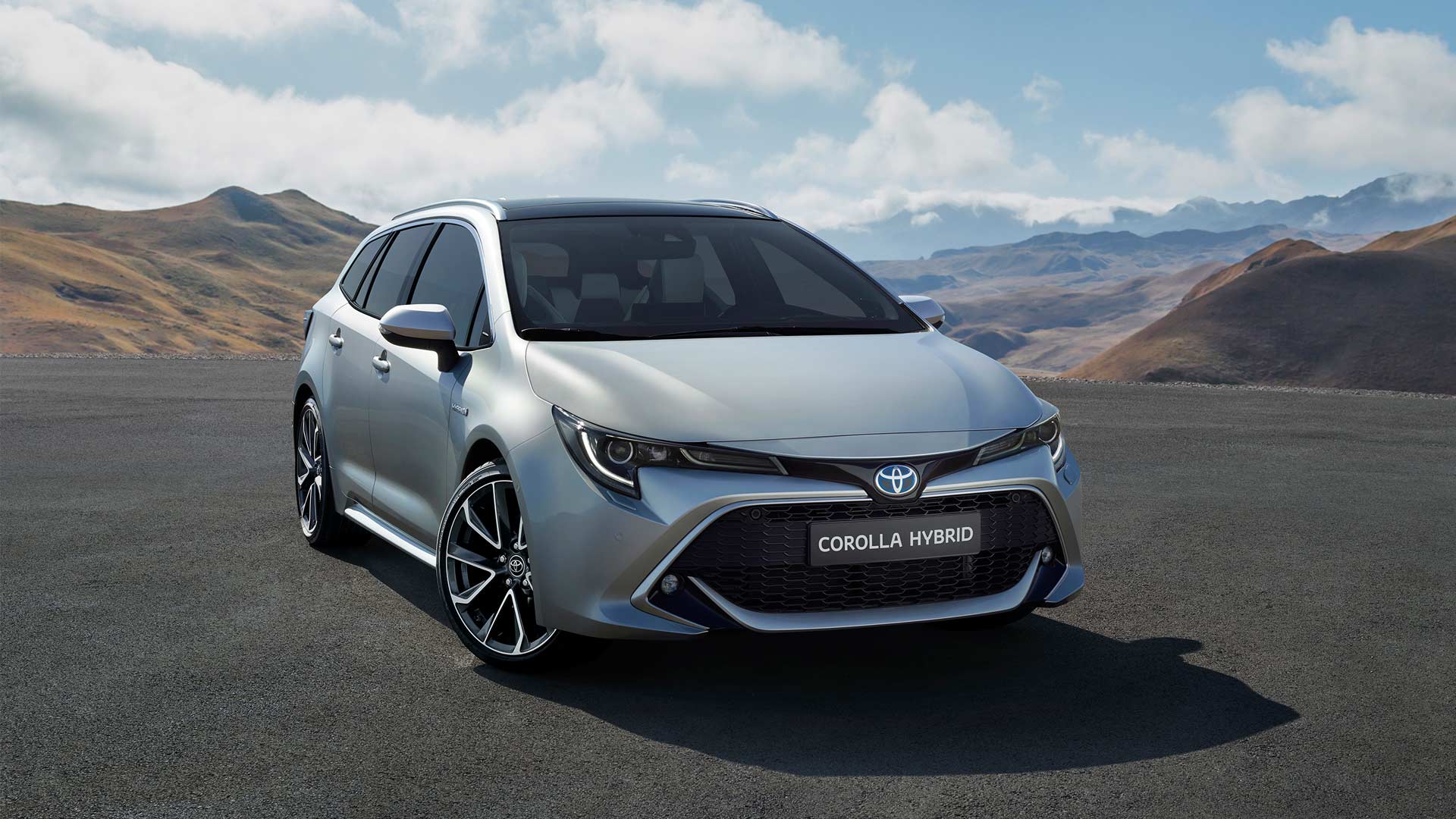 Toyota said that there’ll be a range of four optional bi-tone colour schemes available from launch. They combine the body colour with a black finish to the roof and roof pillars, and the front lower grille surround.

As with the hatchback, the station wagon too is built on the TNGA platform, and Toyota says that the new wagon is no longer merely a variation of the hatchback, but has become a distinctly separate model in its own right. The wheelbase measures 2,700 mm which promises the best-in-class rear seat passenger legroom. 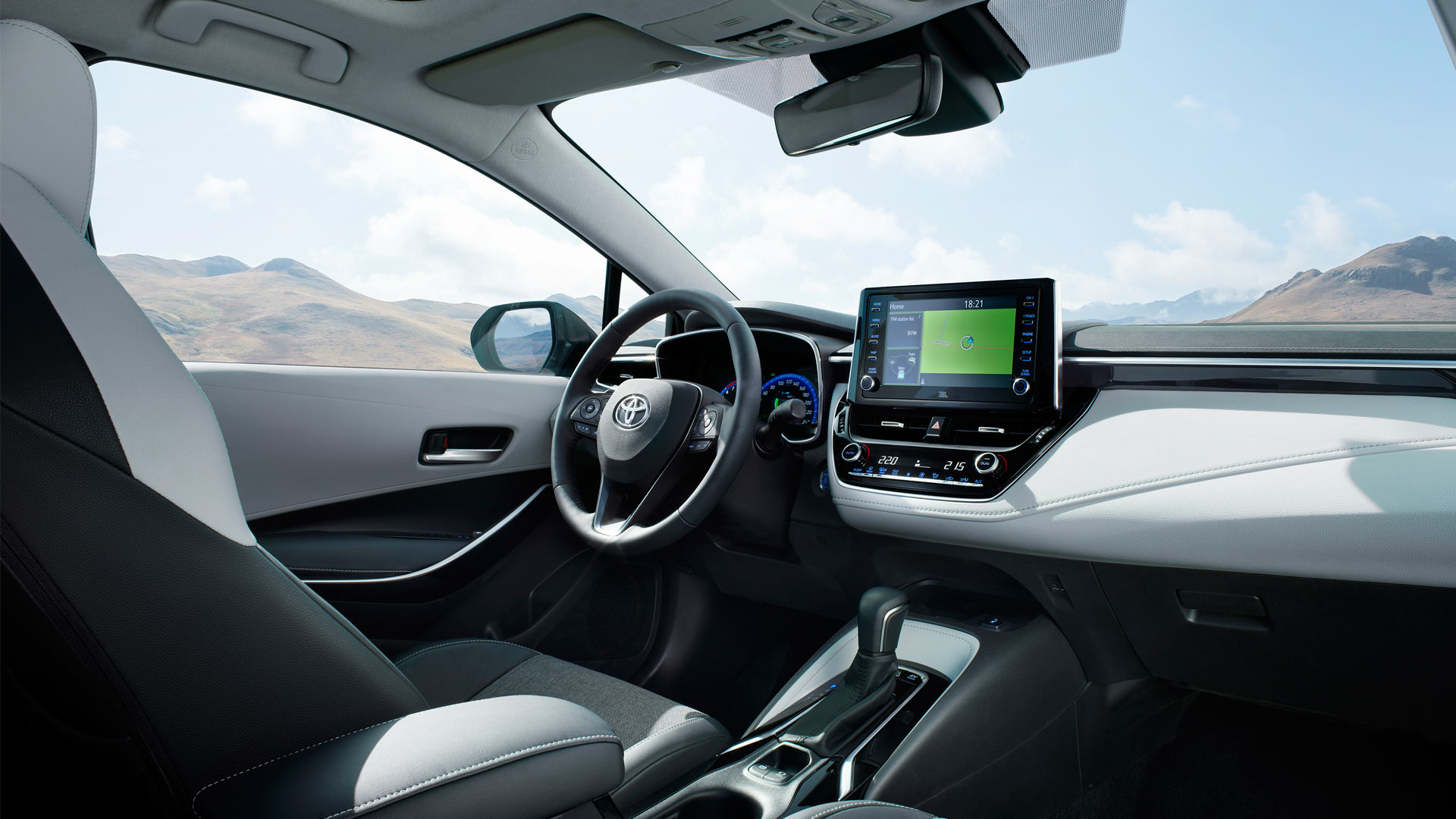 Apparently, a lot of attention has been paid to the interiors of this version, which has been specifically tailored to the European market. The spacious cabin gets new textures, colours and trims. According to Toyota, the new GA-C platform (derivative of TNGA) enables to create a lower front seat hip point to lower the vehicle’s centre of gravity for a more engaging driving position. 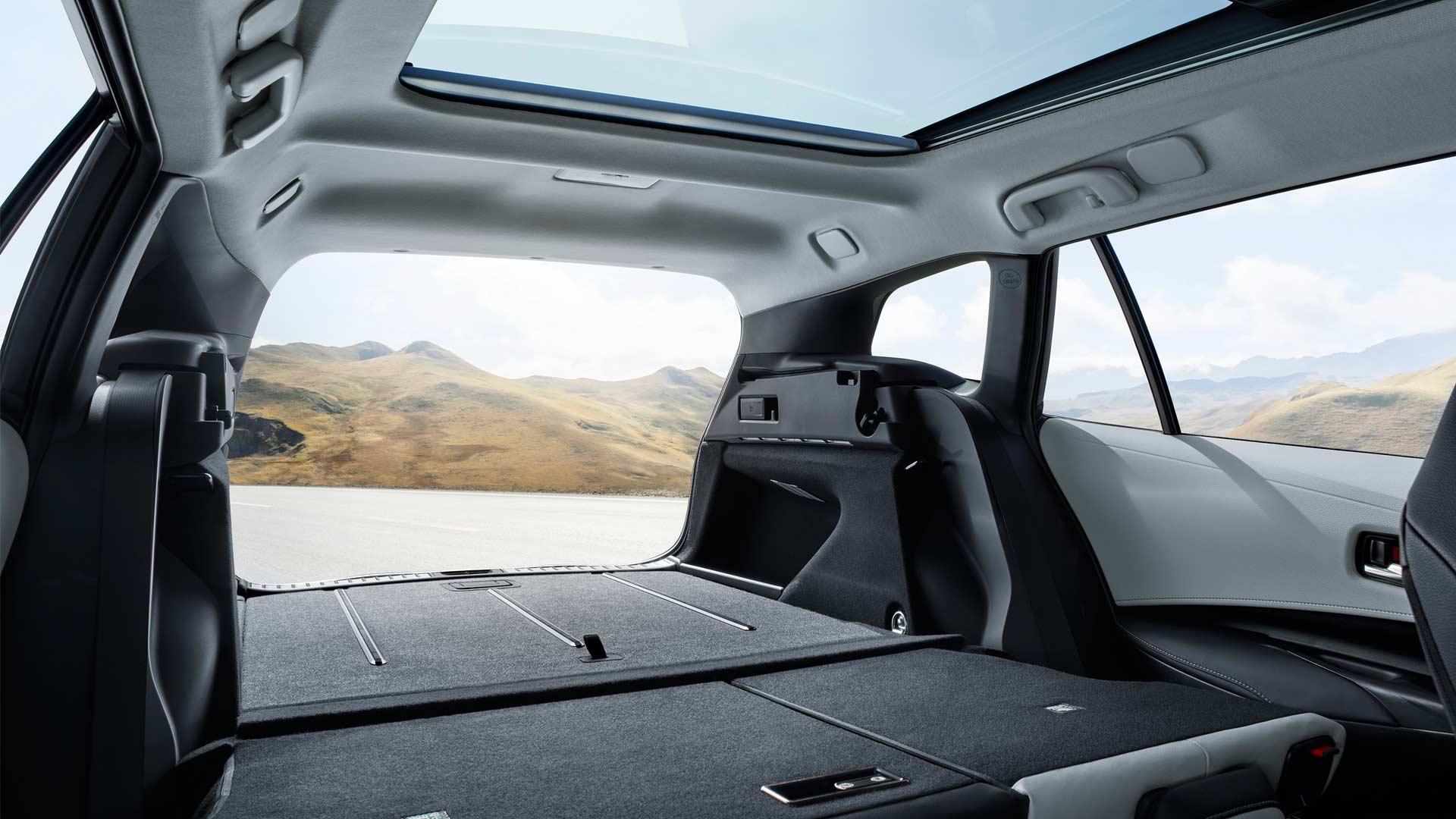 Expect a generous loadspace and practicality too. Apparently, the front to rear seat distance is about 928 mm which translates to ample rear seat passenger space. The battery pack is located underneath the rear seats.

As for the powertrains, the Corolla Touring Sports will offer just one conventional engine – a 116 hp 1.2-litre turbo petrol unit and a choice of 122 hp 1.8-litre or 180 hp 2.0-litre hybrid powertrains. The latter according to Toyota, is a unique proposition in this segment and no other conventional powertrain can offer the same combination of performance and low emissions.

As with the hatchbacks, the Adaptive Variable Suspension (AVS) can be had as an option.