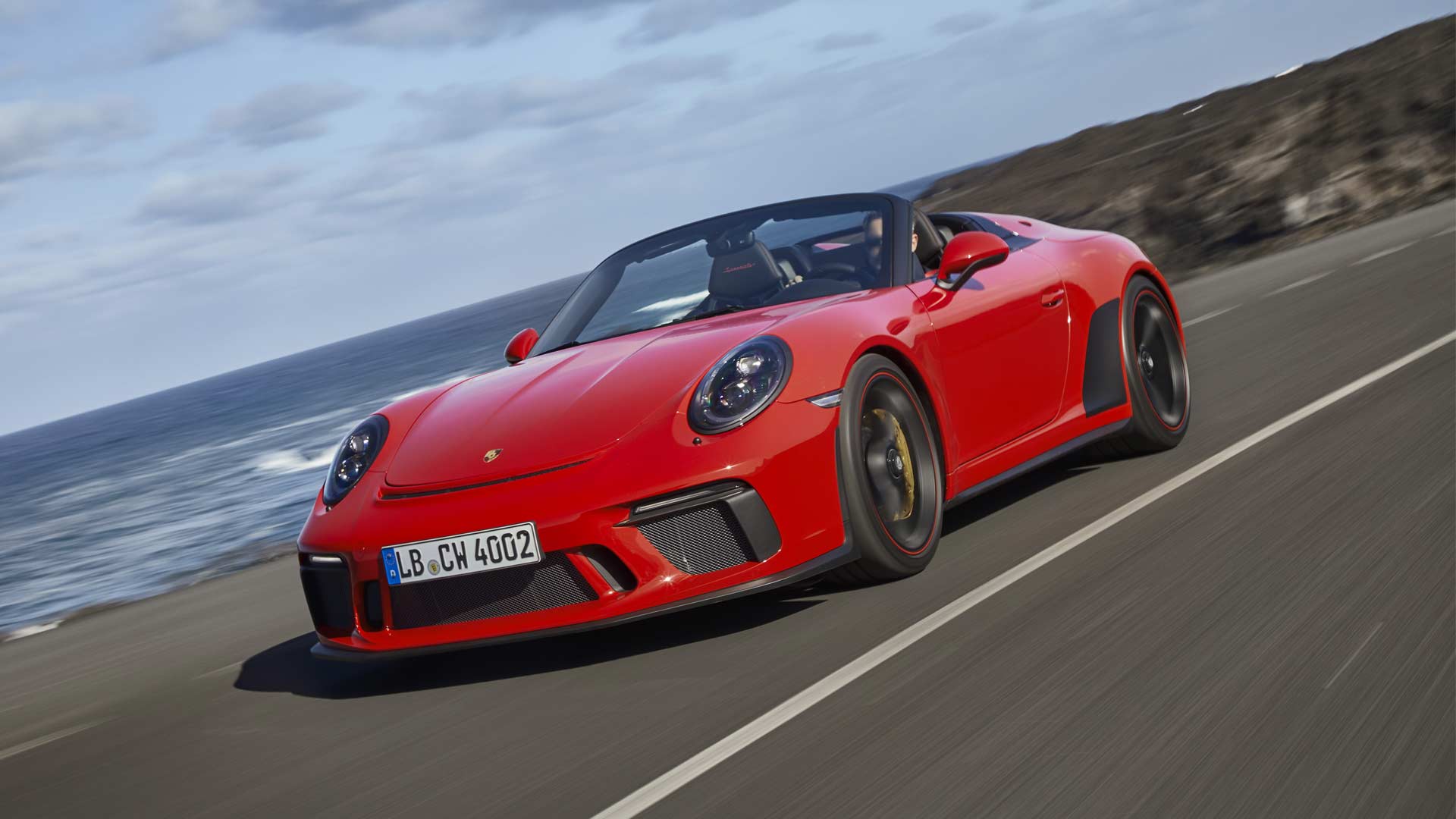 As announced in October last year, Porsche is putting the new 911 Speedster into production from mid-2019 at the company’s plant in Zuffenhausen, Germany. This is the production version and as you can see, there are some changes compared to the one showcased at the 2018 Paris Motor Show and the concept before that.

Gone are the Talbot mirrors and replacing them are a traditional, electrically adjustable ones. What has also gone is the fuel cap which was centrally positioned on the bonnet, most likely due to practicality reasons. However, there’s a Heritage Design Package that makes the car look similar to the concept. The new 911 Speedster is indeed a convertible, with a fabric roof hidden under the double-bubble lid made from carbon fibre reinforced plastic. However, the roof operation is (almost) manual. The double bubbles make room for a roll-over protection system which is included as standard. Besides those bubbles, the short side windows are another signature design element of the Speedster. Most of the body panels are made from carbon fibre composites; the bonnet weighs 2 kg lighter than on the 911 GT3. Rounding off the exterior looks are 20-inch forged alloy wheels with central locks. The interiors feature carbon fibre composite full-bucket seats with the centre section in perforated leather; leather door pulls and stowage nets to keep the overall weight in check. There are “Speedster” logos to remind the driver that they’re indeed in a special car. A limited-edition badge behind the seats shows the serial number of the 911 Speedster. More interesting part is that the Speedster gets a 6-speed manual transmission that features an auto-blip function which according to Porsche, precisely and independently compensates differences in engine speed between the gears when downshifting through automatic throttle blips. Auto-blip can be activated at any time, also independently from the chosen PASM (Porsche Active Suspension Management) variable damping system setting. A mechanical rear differential lock with asymmetric locking action rounds off sporty power transmission.

Rear-axle steering, dynamic engine mounts, Porsche Torque Vectoring (PTV), Porsche Stability Management (PSM) and PASM with sports tuning and the ability to lower the vehicle by 25 mm are some of the other features. Porsche Ceramic Composite Brakes (PCCB) is also included as standard.

The new Porsche 911 Speedster is limited to 1,948 units to celebrate the 356 “No. 1” Roadster from 1948. Price details will be available at your nearest Porsche dealer. In Germany, the special 911 starts at €269,274 including VAT and country-specific equipment. 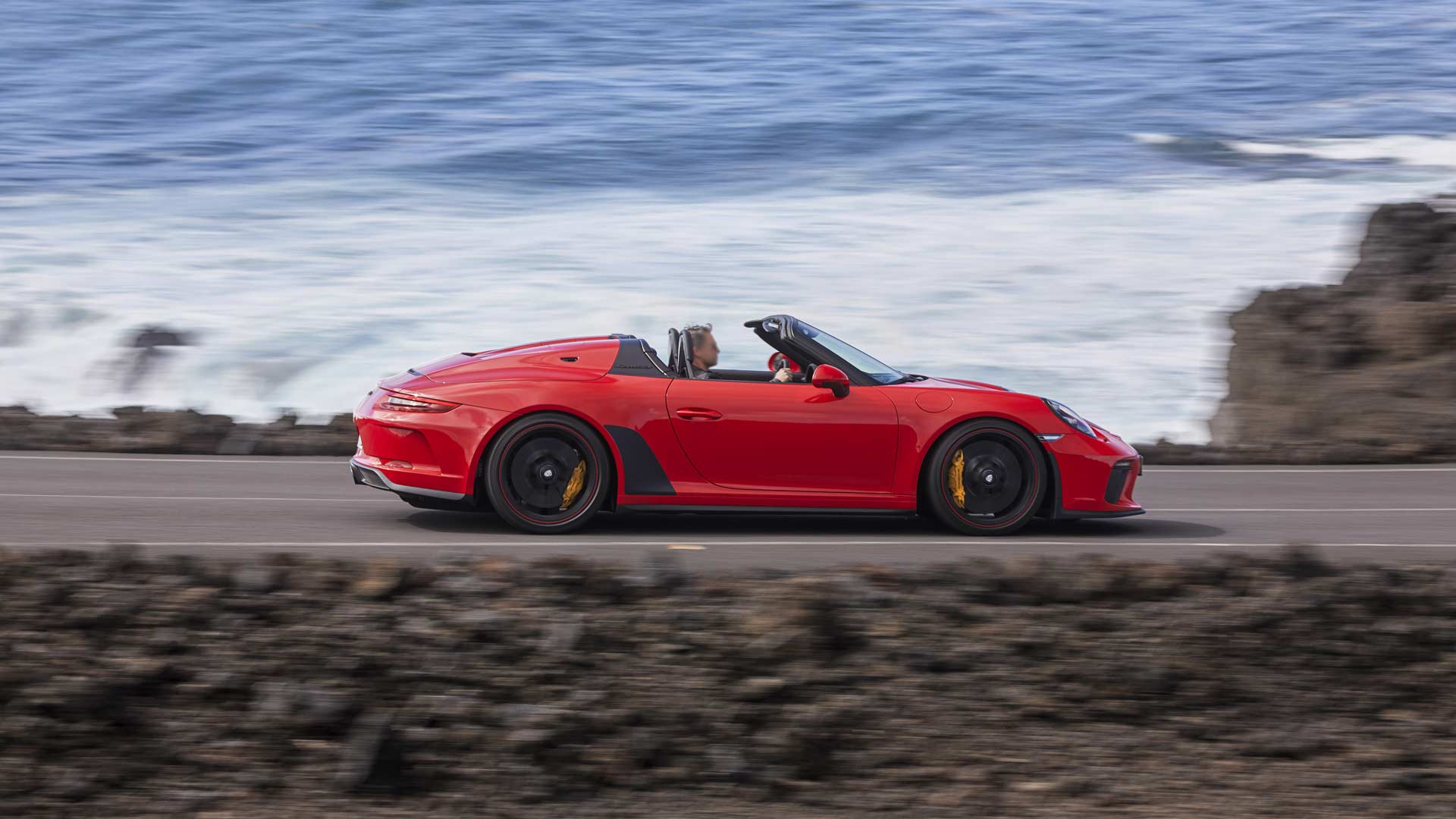 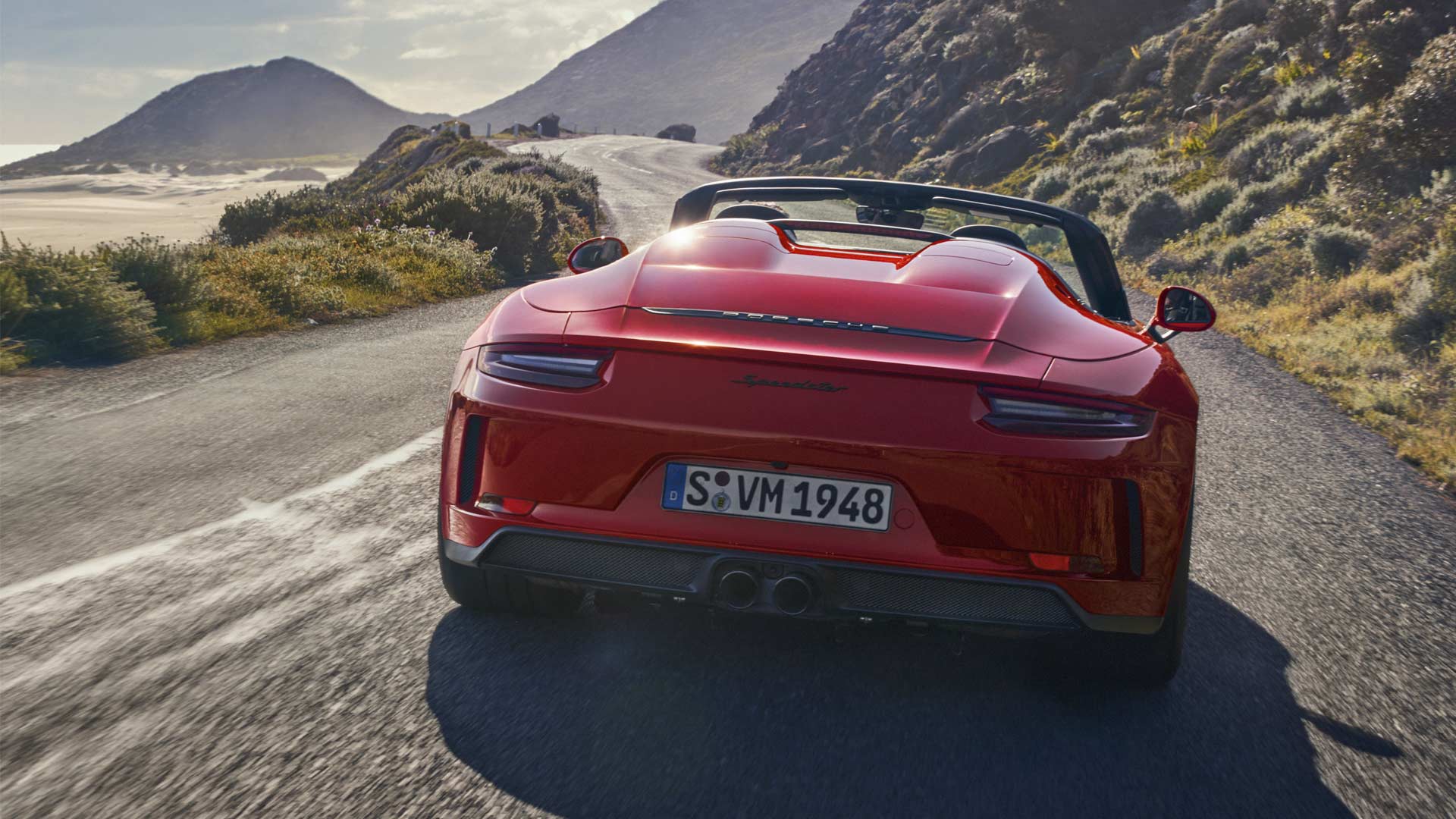 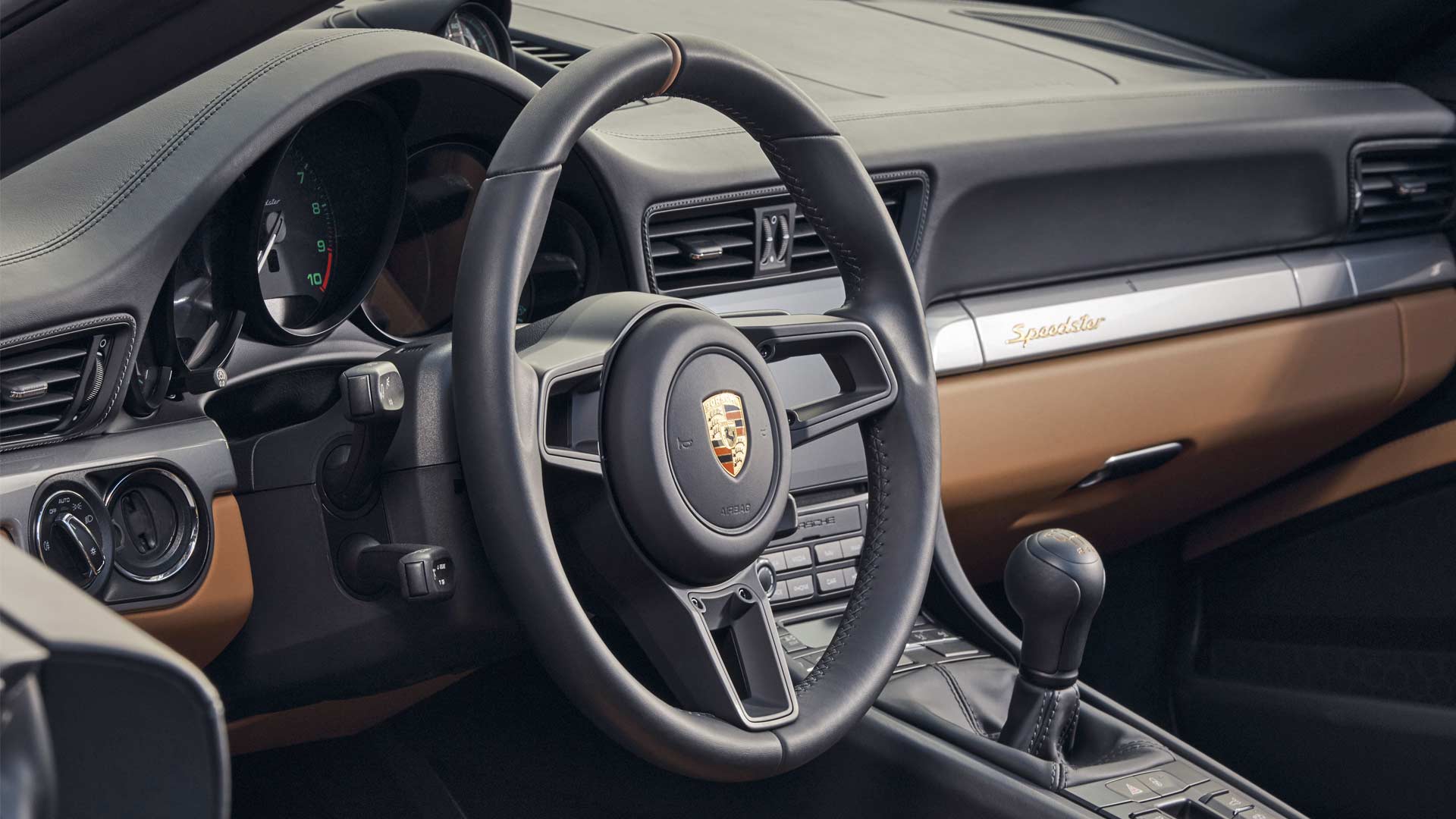 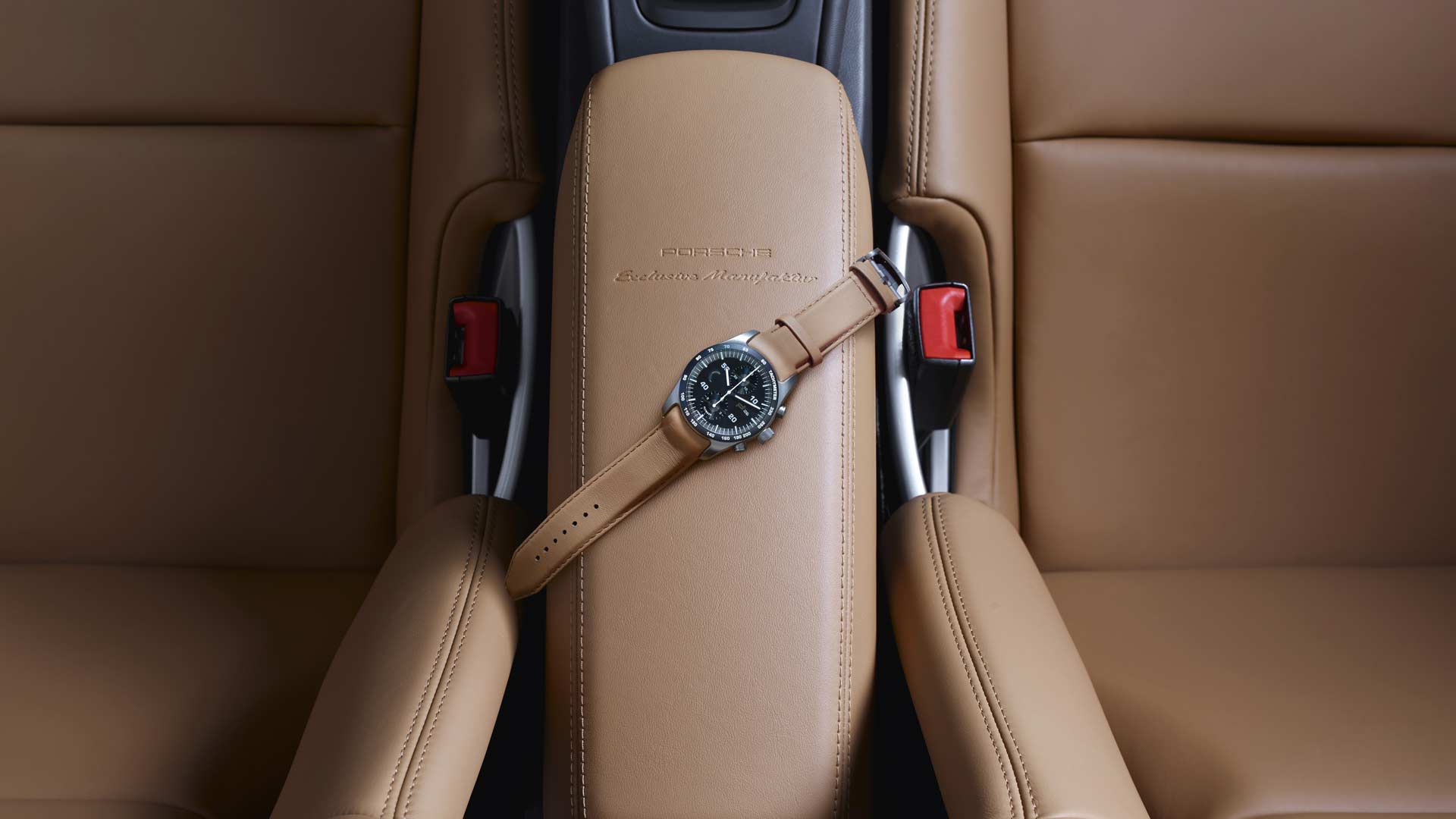 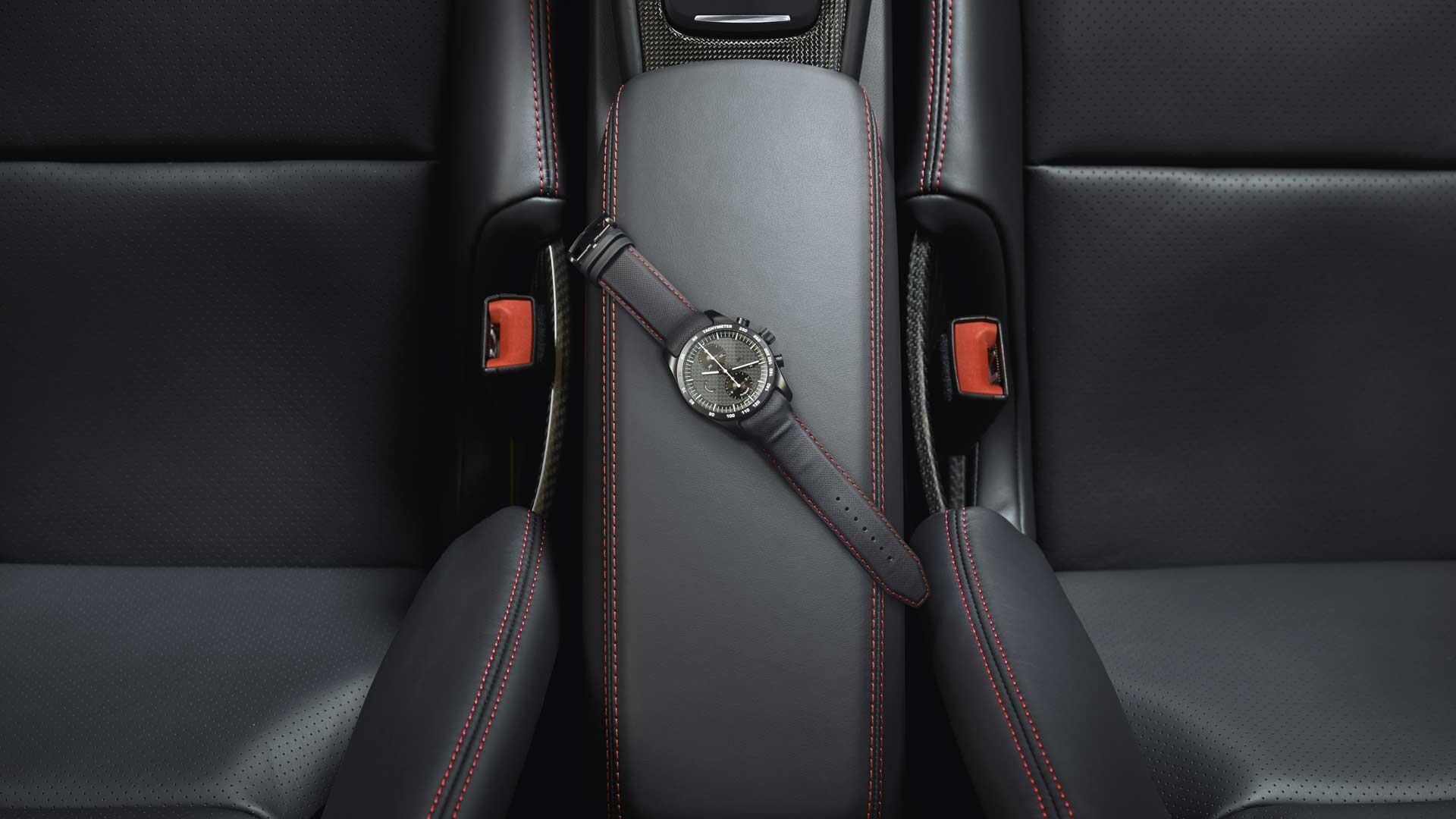 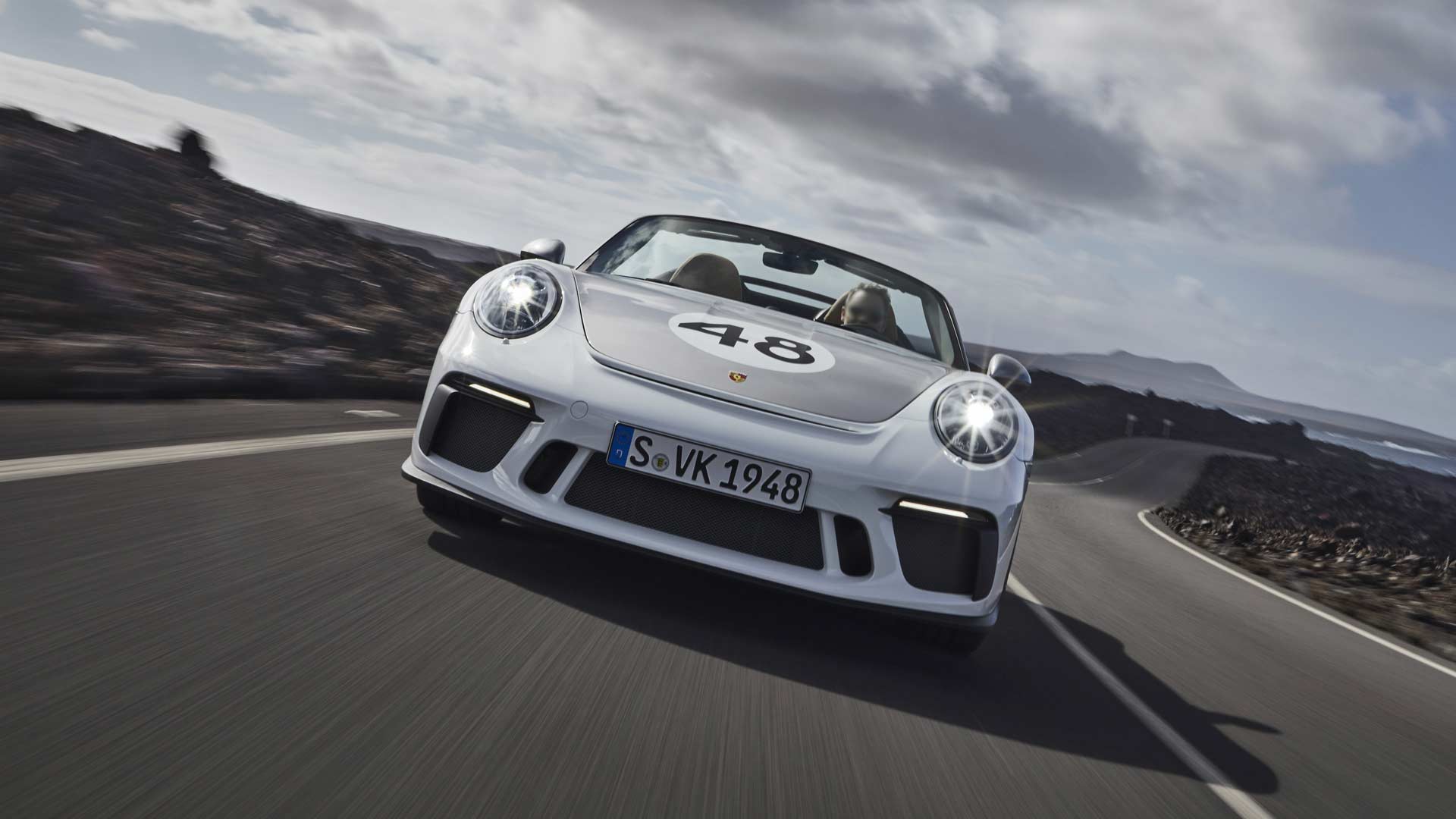