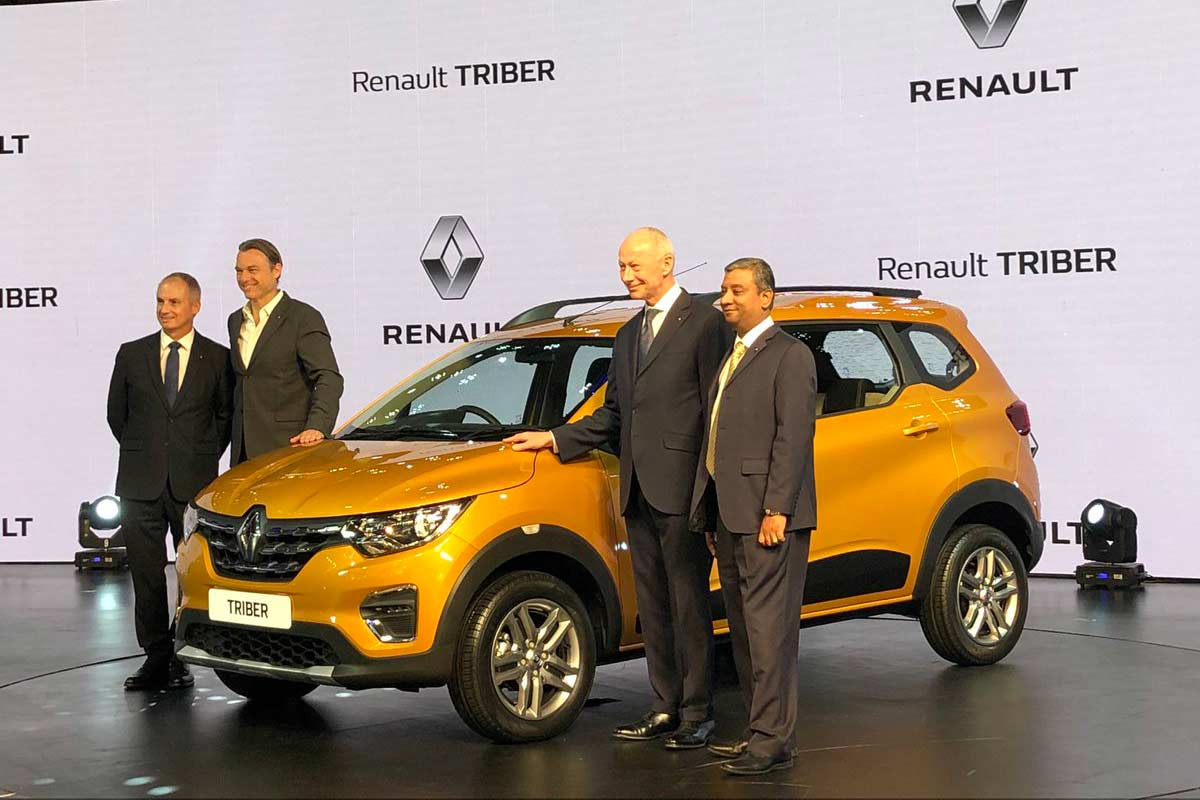 I did have a brief look at the camouflaged test mule when it was in my city a few weeks ago; I gotta admit, I didn’t imagine the final product to be an impressive package. Either way, the first-ever Renault Triber made its debut in India and according to Renault, it is “designed and produced for the Indian market”.

What that means is, Renault is entering the strange sub-4m segment in the country, for the first time. However, what’s different here is that unlike the other manufacturers who’re squeezing the SUVs and Sedan body styles into 4 meters, the Triber is an MPV that offers up to 7 seats.

Our goal with Triber was to design a car that would transform according to the many needs and the many lives of our customers. Whether they are parents, lovers, a friends’ group, a family pack, whatever their tribe, whatever their lifestyle, Renault Triber should adapt. Triber is true to the Indian values of conviviality and sharing, which are the same in Renault. It offers an attractive, robust and compact design and is re-inventing space for all. We are very proud of our latest breakthrough, which turned a length challenge into a miracle within 4 meters! – Laurens van den Acker, Executive Vice-President, Corporate Design, Groupe Renault 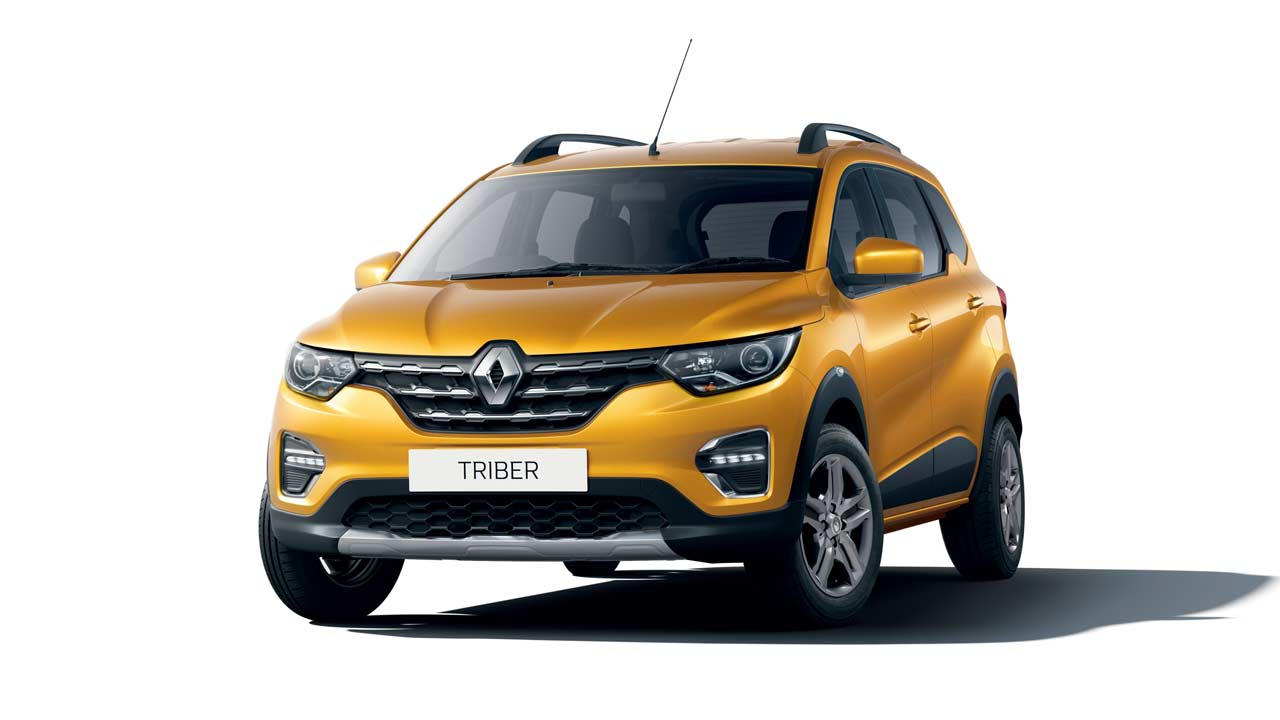 At first glance, the Triber looks like a grown-up version of the Kwid in some angles, while the face might remind you of the second generation Duster. The headlamp internals align with the grille slats and so is the positioning of the LED DRLs with the lower intake lines. The designers have also added skid plates front and rear. 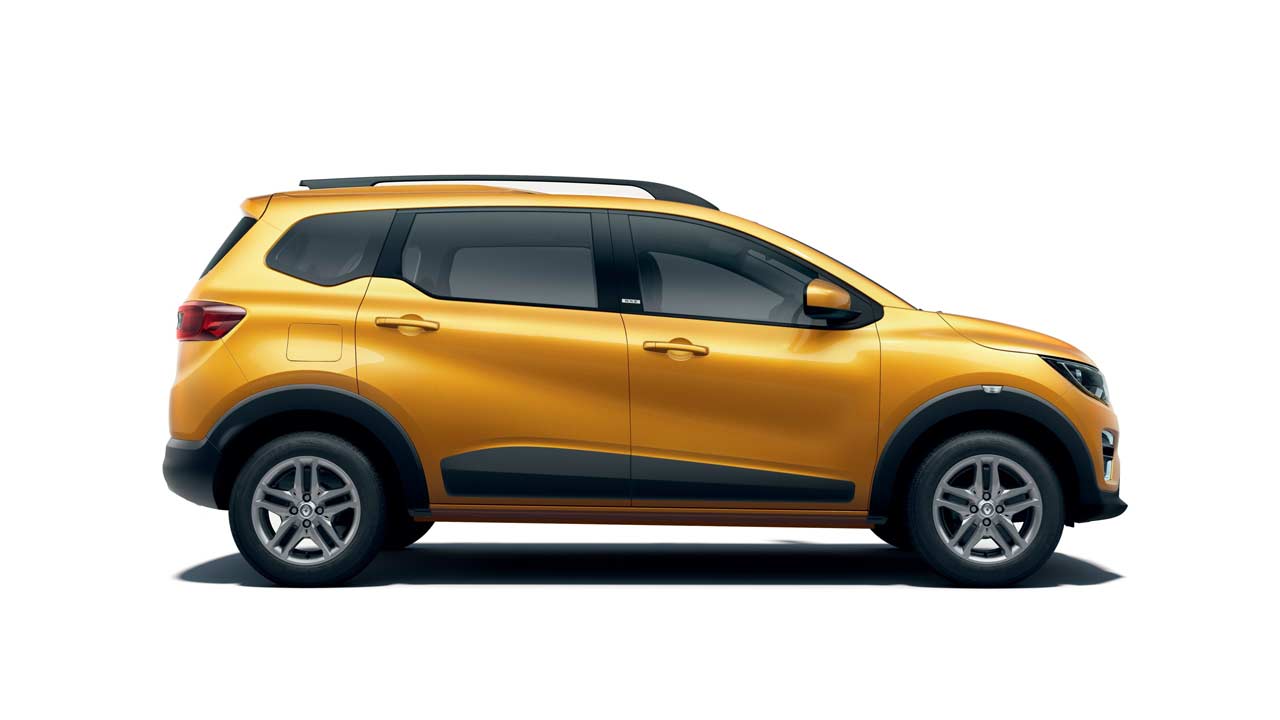 The side profile, however, looks as if the Duster and Kwid had some wild thoughts..

Things that remind you of the Kwid are the door cladding, trim badge on the pillar, and turn signal on the wheel arch cladding. Don’t miss that kink on the roof à la Boeing 747, to make some more room for the “Tribe” behind. Overall, the designers have managed to achieve a clean look that is not too bland either. 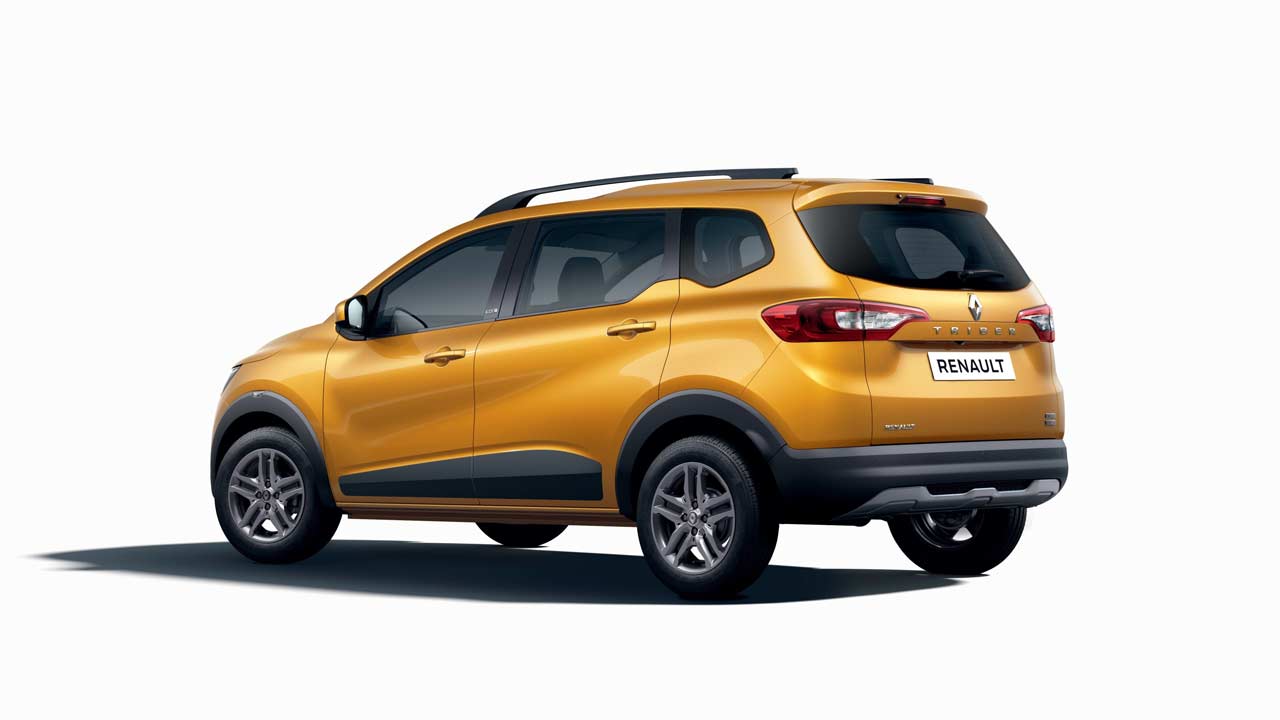 The Triber is built on a derivative of the CMF-A platform, which also underpins the very successful Kwid hatchback. According to Renault, the platform has been developed specially for India with an aim to go global in the future. 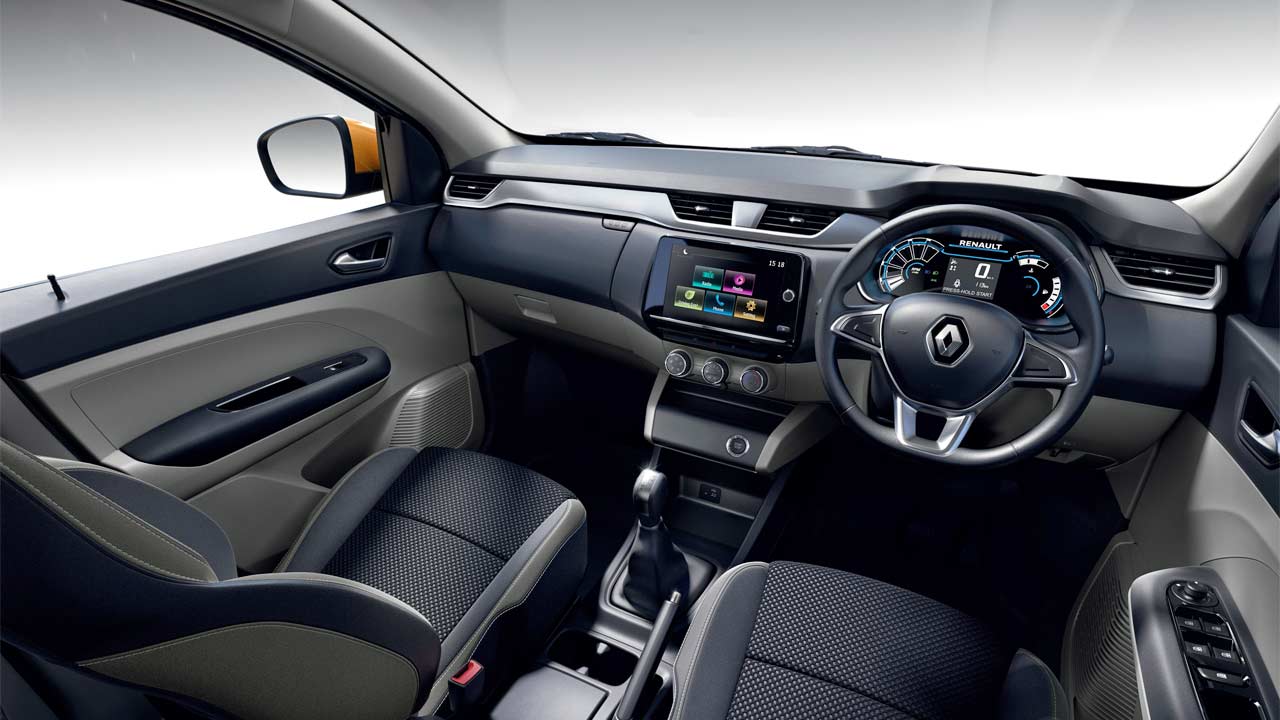 The interiors are where the Triber scores more than the exterior; the layout has enough curves, sharp lines, tones and contrasts to impress the modern buyer. Features include an LED instrument cluster with virtual gauges and 3.5-inch MID; 8-inch Media Nav Evolution touchscreen infotainment that is compatible with Android Auto & Apple CarPlay; upper and lower cooled gloveboxes, and hands-free smart access card. However, the Triber doesn’t appear to get automatic climate control system, also known as auto AC.

The MPV’s rear parking sensors and reversing camera will come in handy during parking maneuvers. As for the safety features, the Triber has got 4 airbags for the front passengers (front and side), and ABS with EBD. 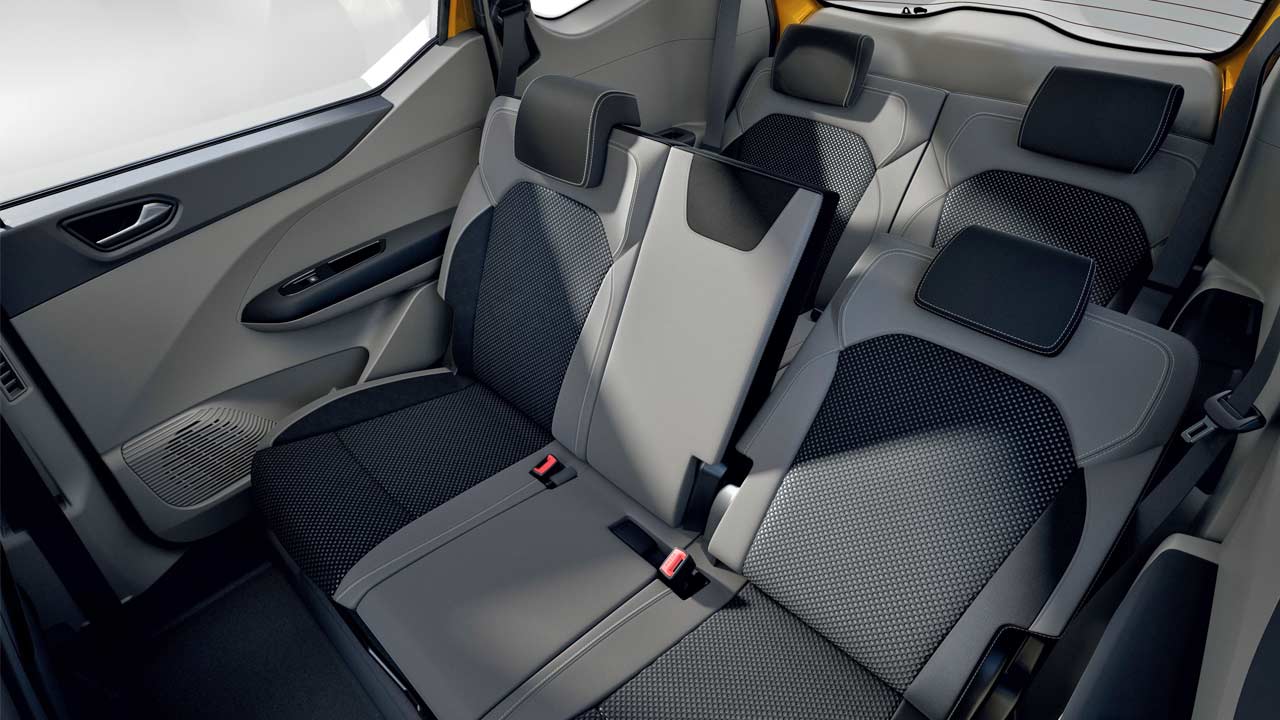 The term modularity is being used generously for the Triber; meaning the MPV offers up to 7 seats. The last row can be installed by the owners themselves when required. Renault claims that the third row offers best-in-class roof height (834 mm) and can comfortably accommodate even tall adults. All rows are equally comfortable, with charging sockets and air conditioning (outlets) for all passengers, the company said.

As for luggage capacity, the Triber offers 84 litres with all 7 seats up, which can be expanded to 625 litres with 5 seats. The second row can slide, recline and is foldable as well. 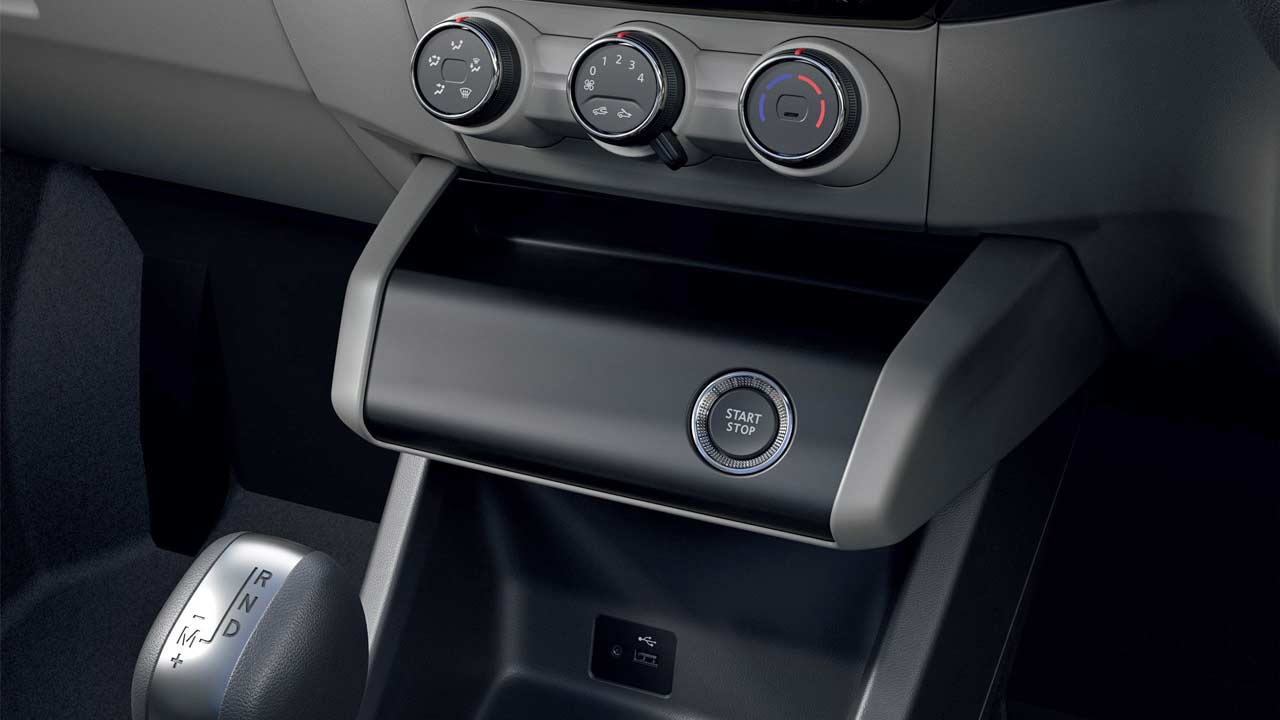 While all that was fun stuff, there is nothing much exciting to talk about the powertrain. The Triber is powered by a 1.0-litre 3-cylinder naturally aspirated petrol engine that offers 72 hp and 96 Nm (71 lb-ft) of torque, paired with a 5-speed manual transmission or an AMT.

We are still young to India, yet our ambitions are high in line with our “Drive the Future” strategic plan: we aim at doubling our sales by 2022. For that reason, we are bringing Renault Triber, another breakthrough concept, targeted for Indian’s core market. Renault Triber was conceived, developed and produced in India, for Indian customers first, before we take it to the world. It is a real game-changer – Thierry Bolloré, CEO, Groupe Renault 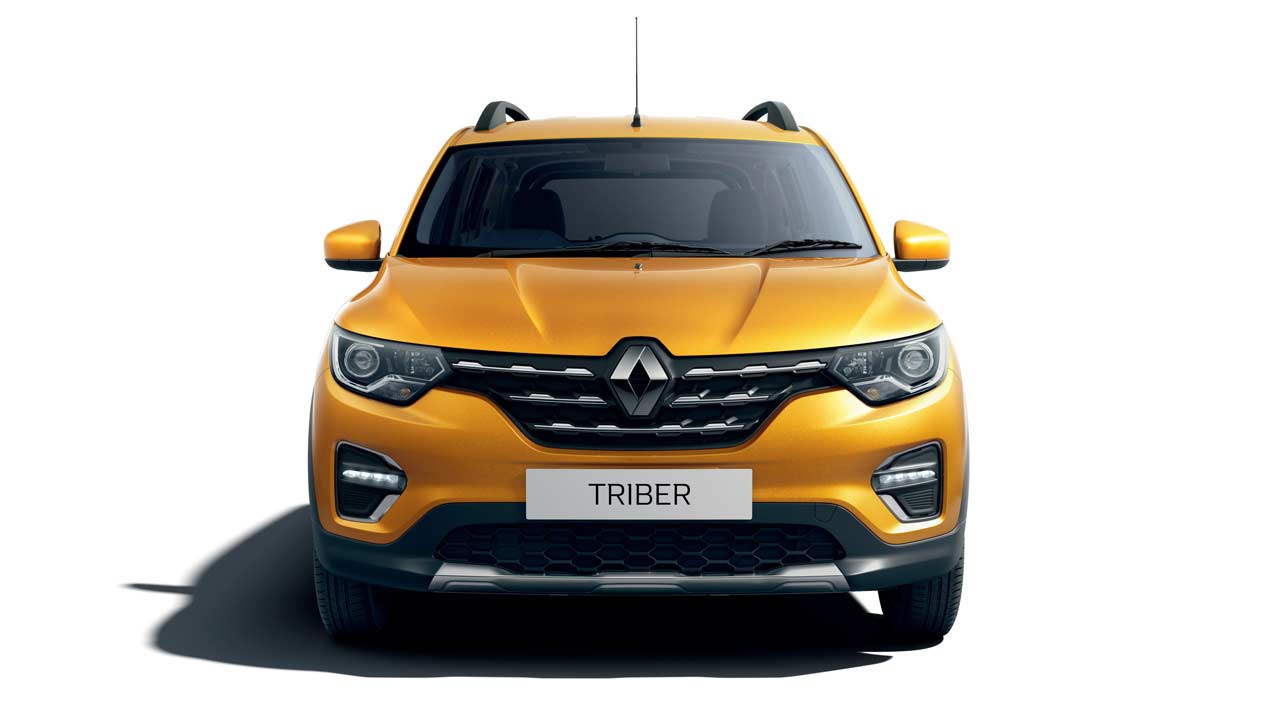 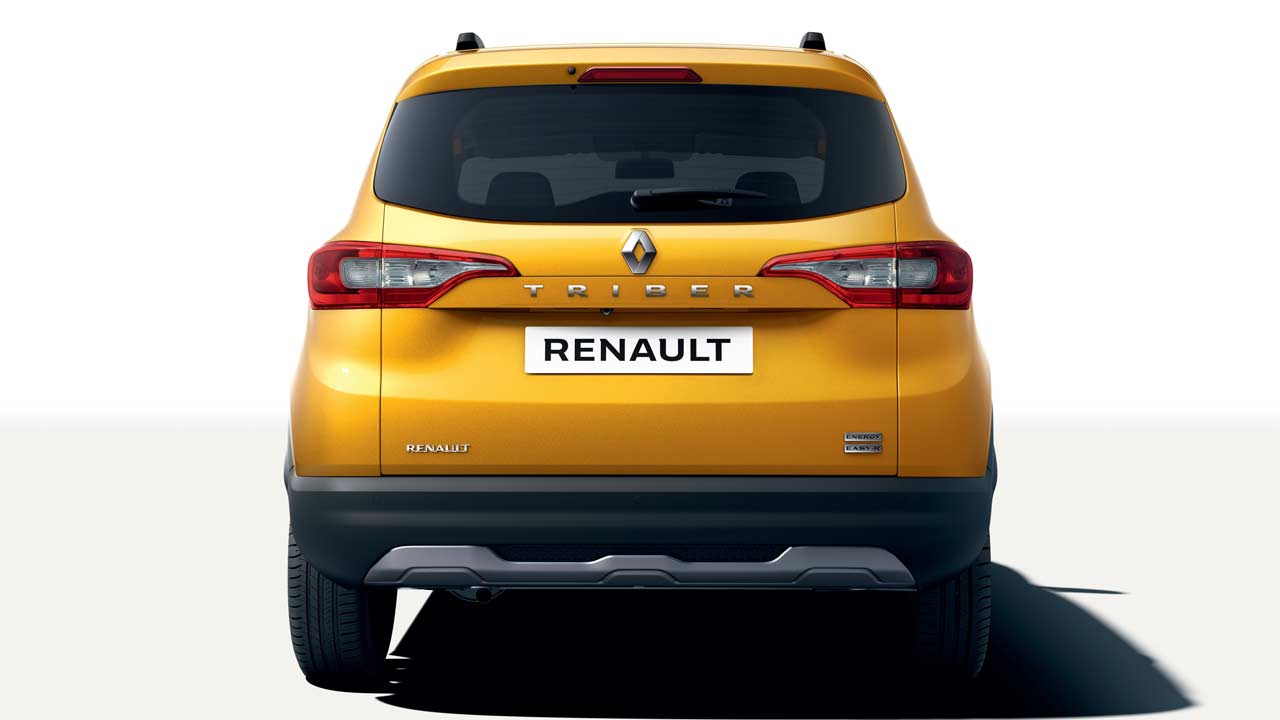 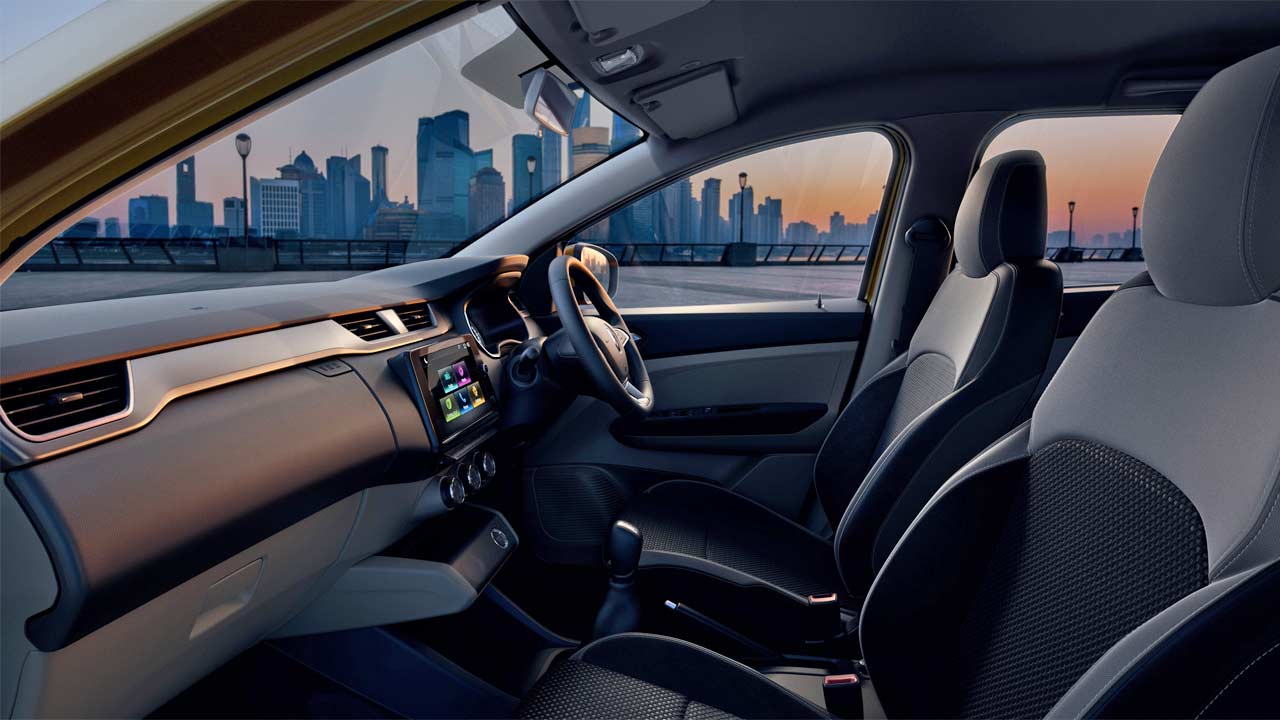 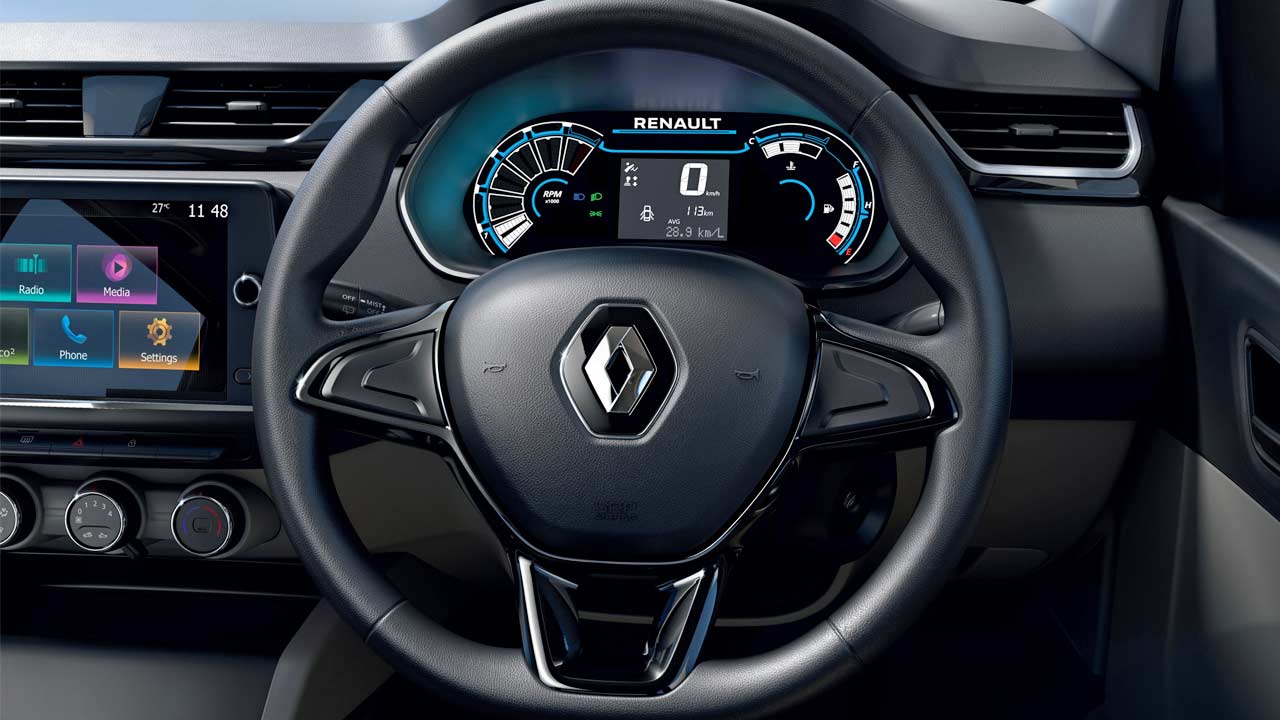 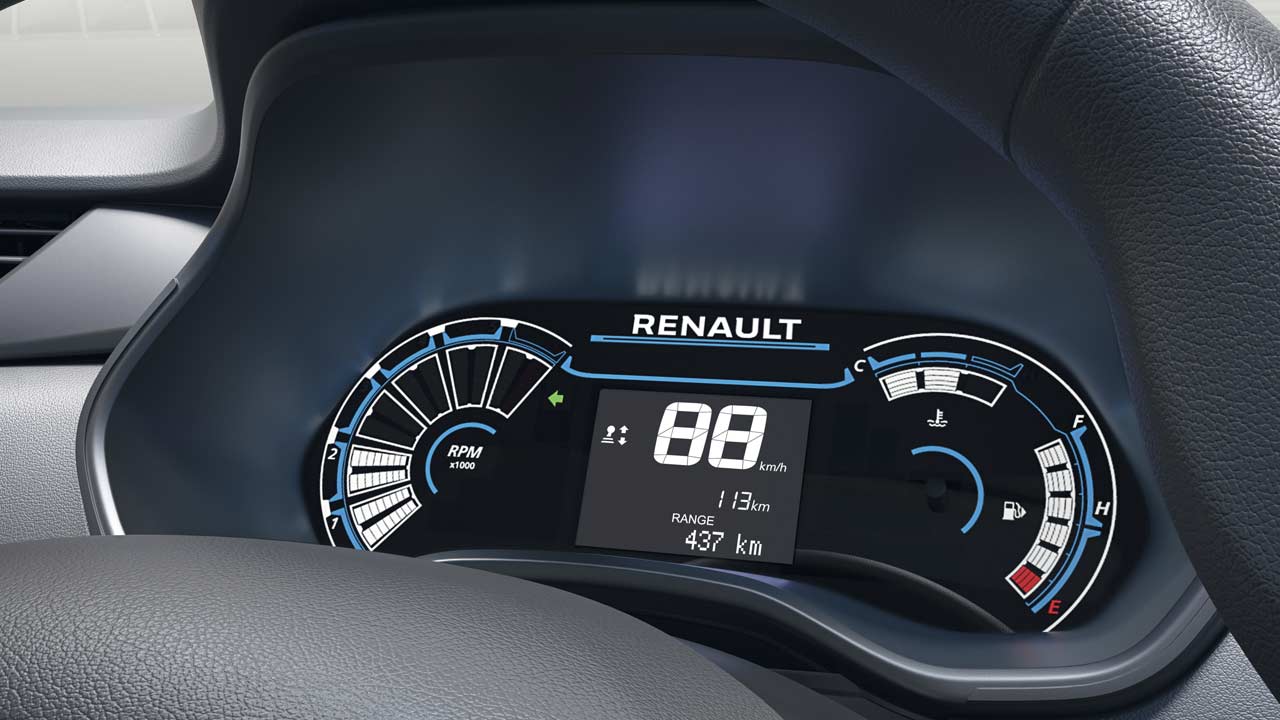 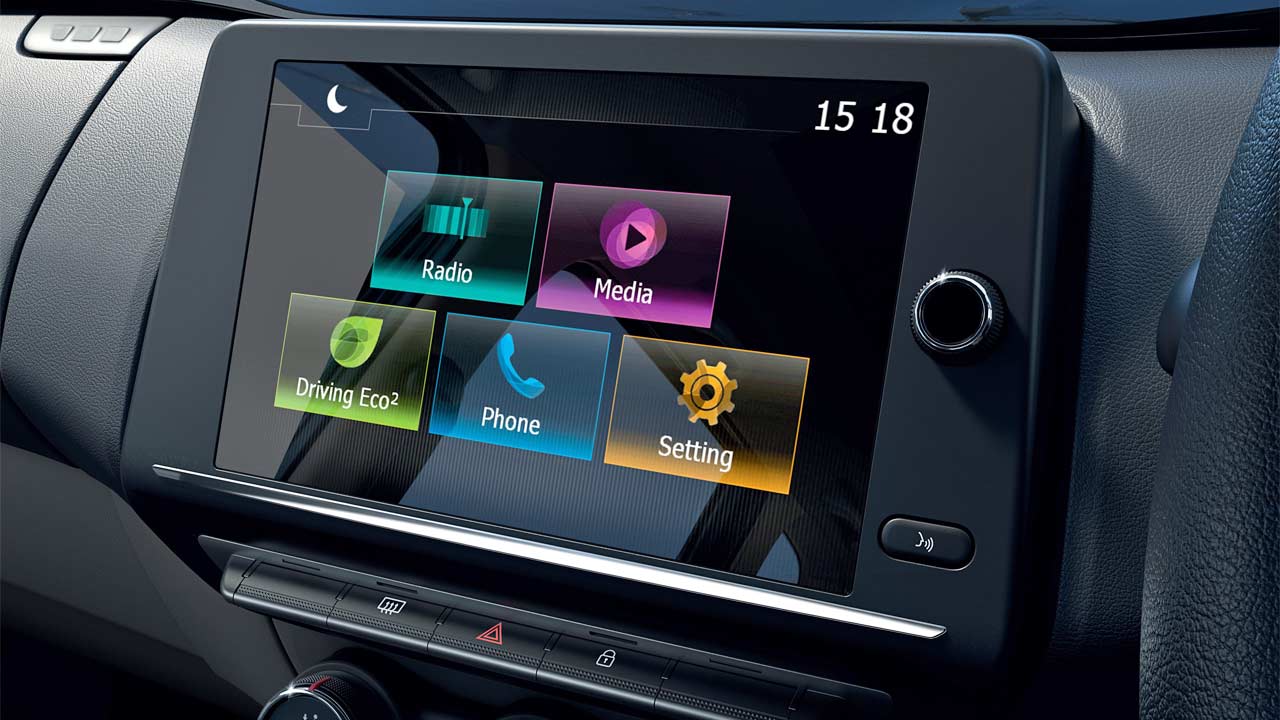 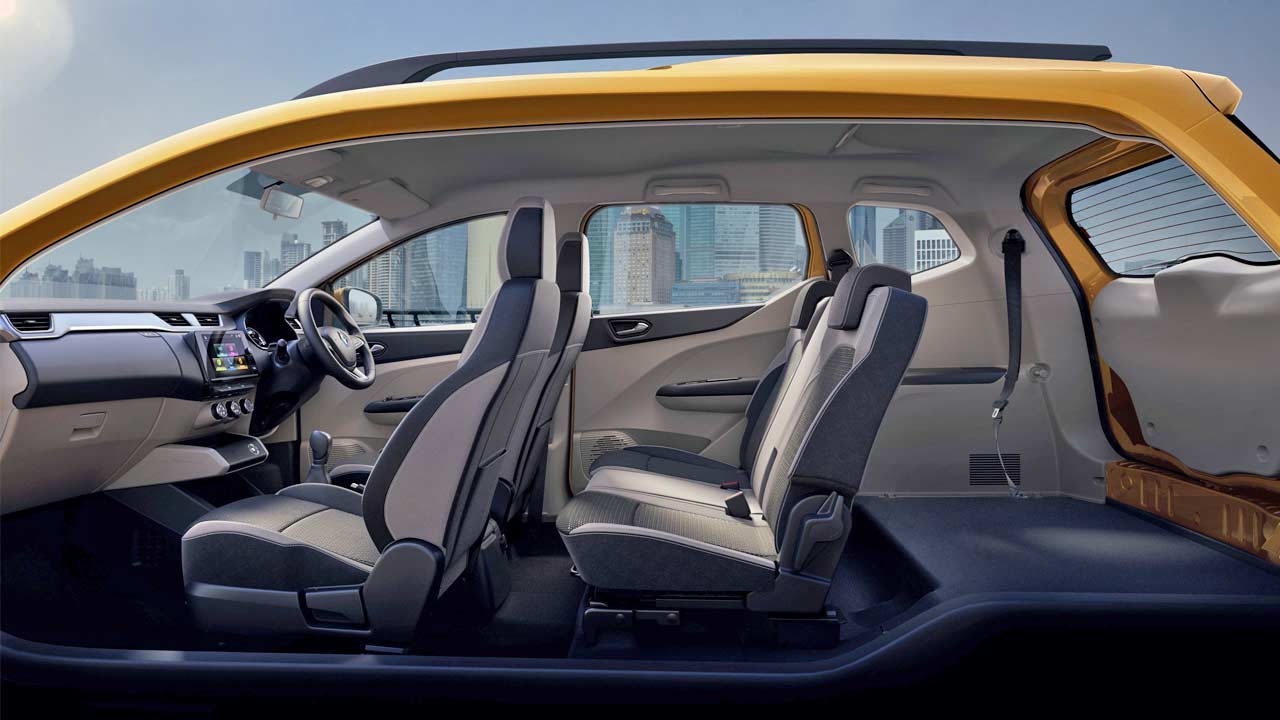 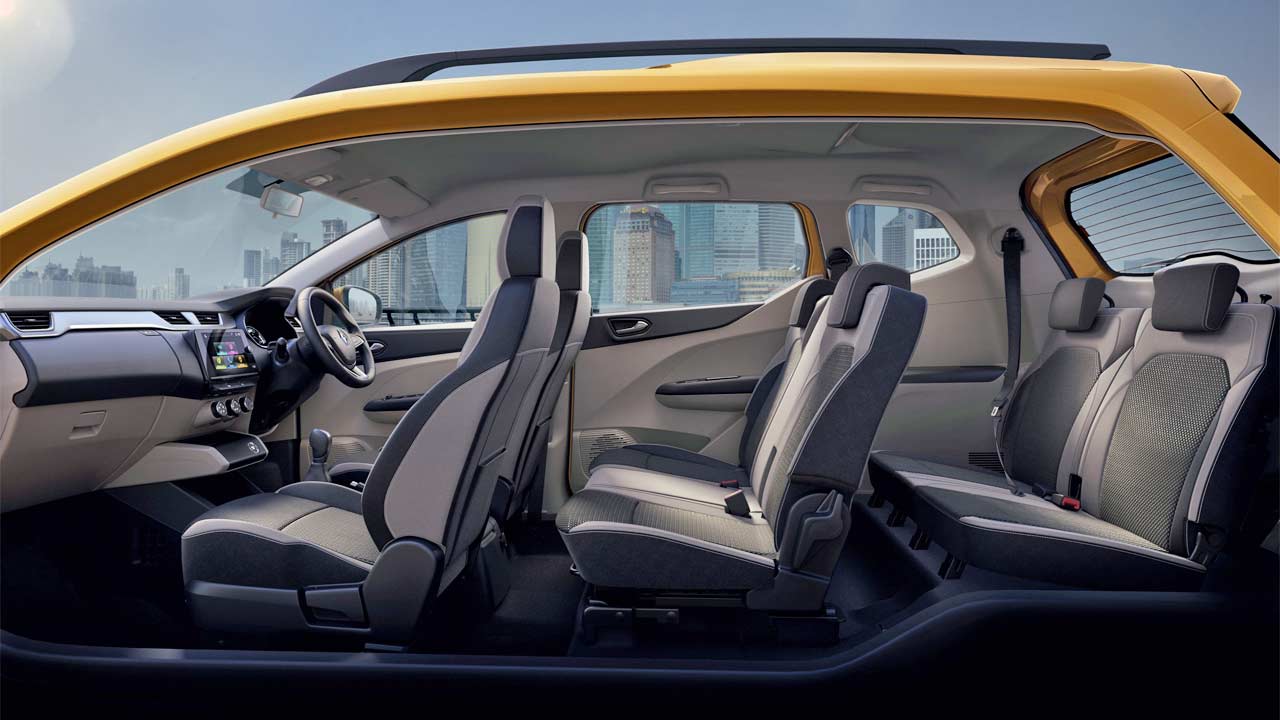 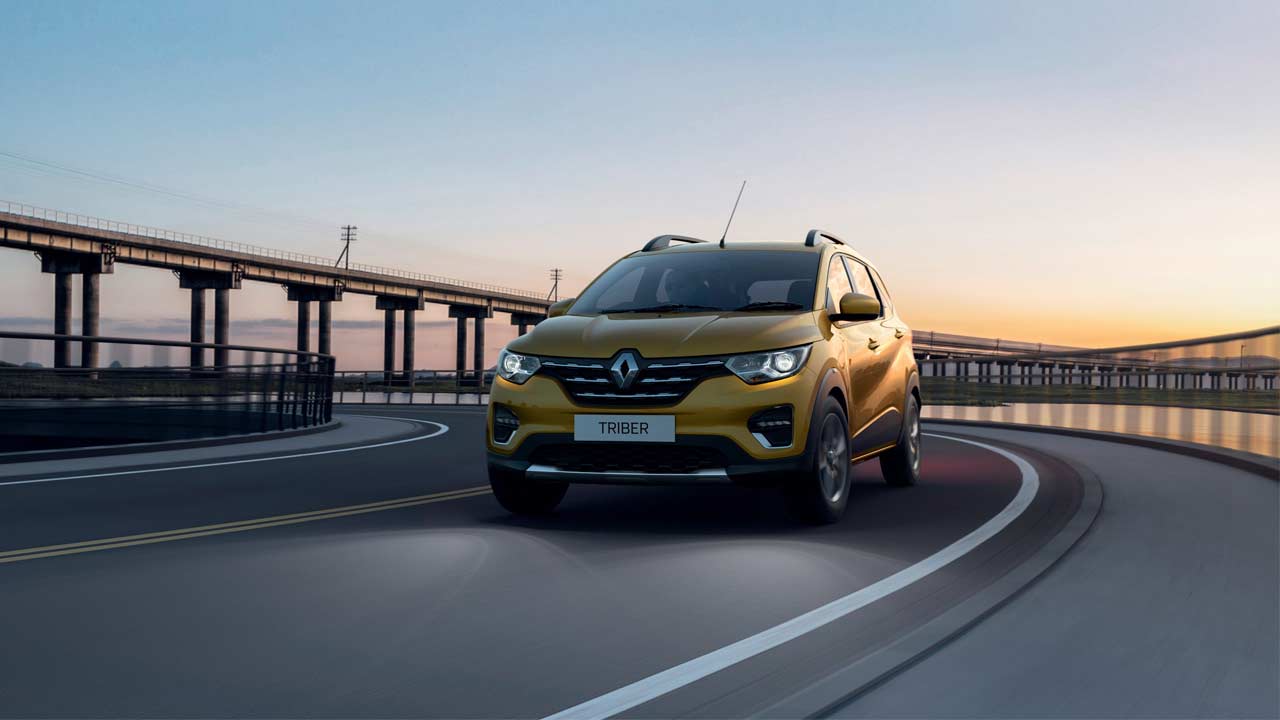