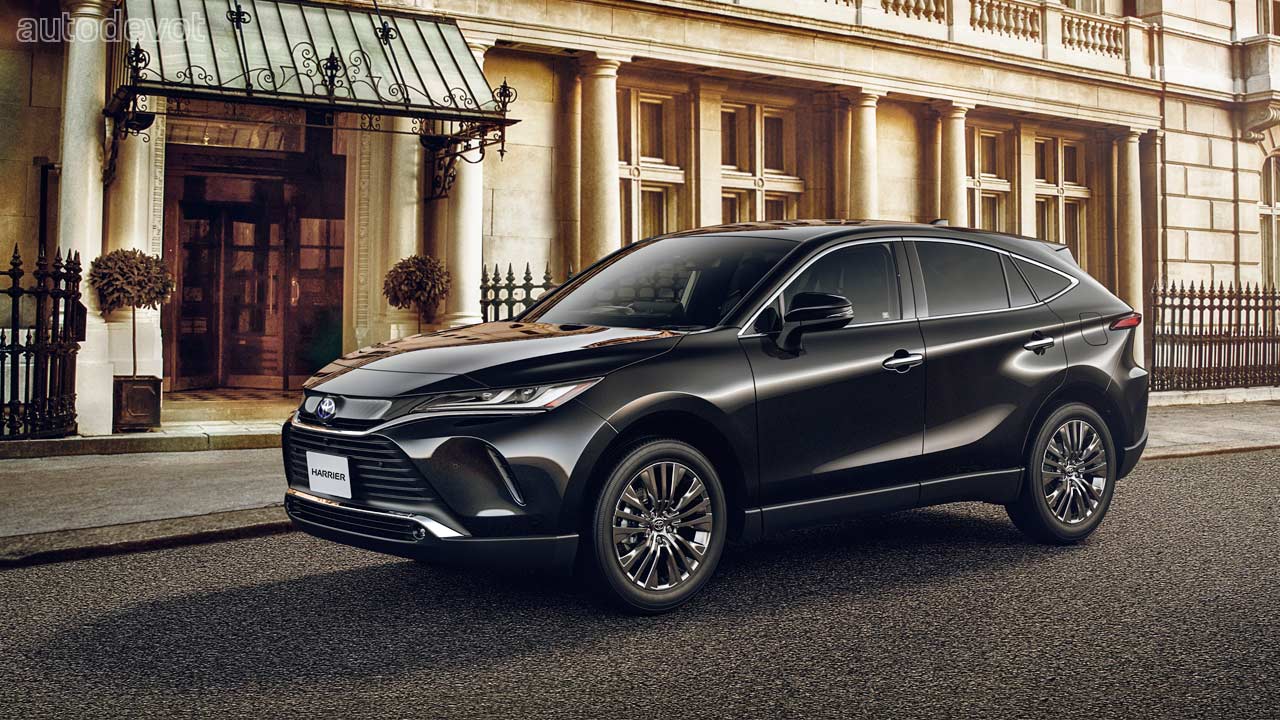 Toyota has revealed the 4th generation Harrier, expected to go on sale in Japan in June 2020. That is of course, if the pandemic situation comes under control by that time.

The crossover is on sale since 1997 and was sold as a rebadged Lexus RX in certain markets. The new generation model is built on the TNGA (GA-K) platform that among many things enables a low center of gravity for both ride comfort and vehicle dynamics. 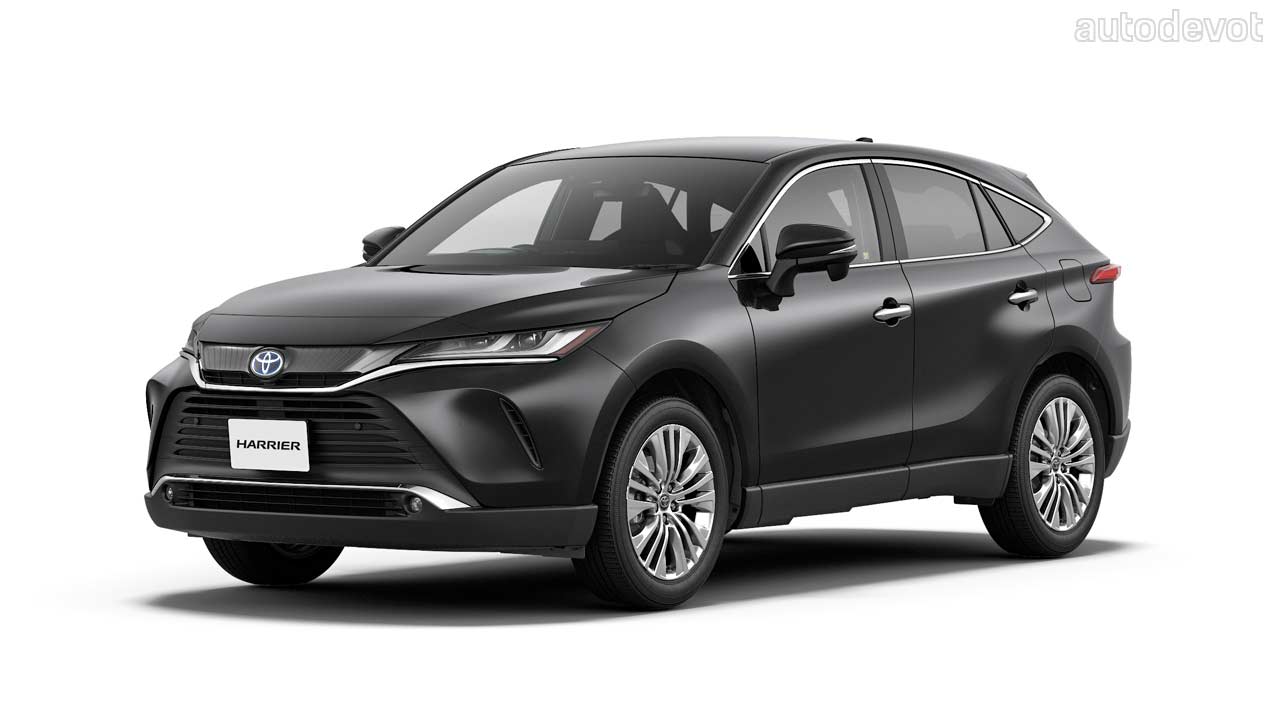 The styling is not a complete departure from the outgoing model, however, the lines are now more fluidic. The roofline now appears more coupe-SUV like. Substantial changes can be noticed on the front and rear fascias; the latter might remind you of the Jaguar F-Pace in certain angles and maybe the DBX from the side profile, thanks to the narrow wrap-around taillights. 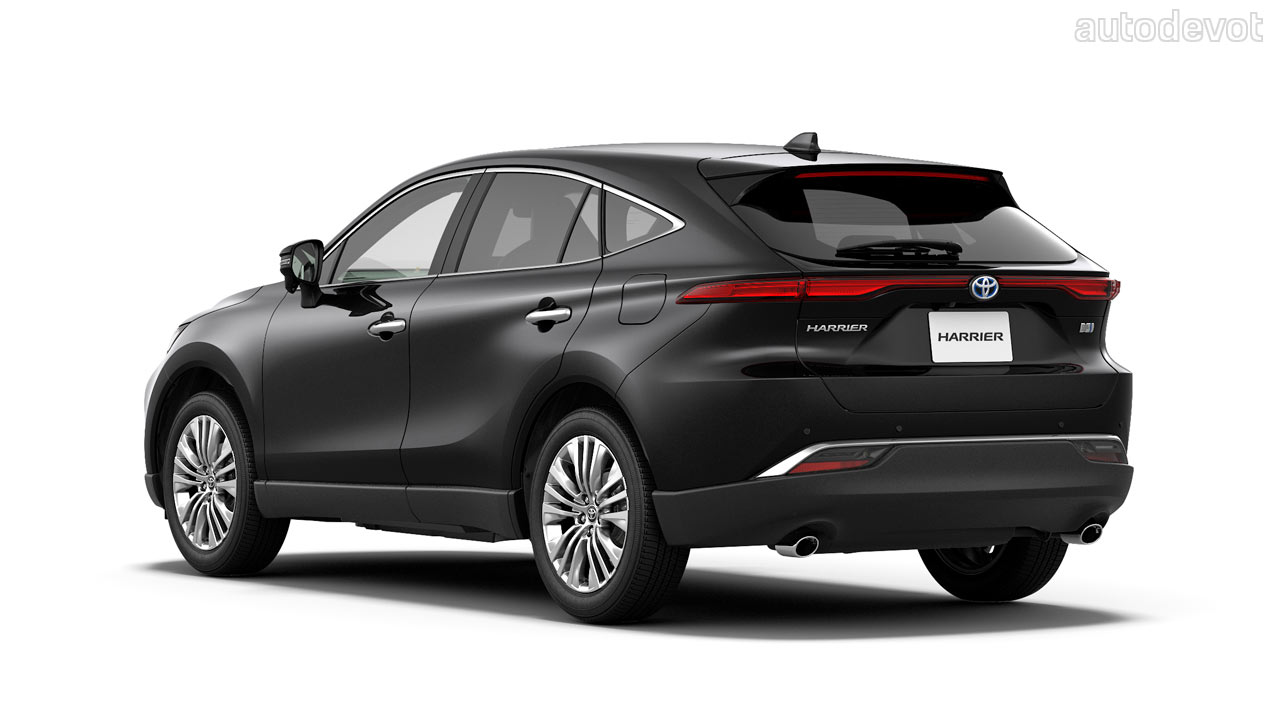 Overall, the design looks tasteful. Not too crazy, not too subtle either. As for the dimensions, the new Harrier measures 4,740 mm in length, 1,855 mm in width and 1,660 mm in height. Wheelbase measures 2,690 mm and the minimum ground clearance is at 195 mm. Compared with the outgoing model, the width and the wheelbase is up by 20 mm and 30 mm respectively, while the height has been cut by 30 mm.

A total of 7 muted colors are available, including Precious Black Pearl, “to show off the beautifully changing shades,” according to Toyota. 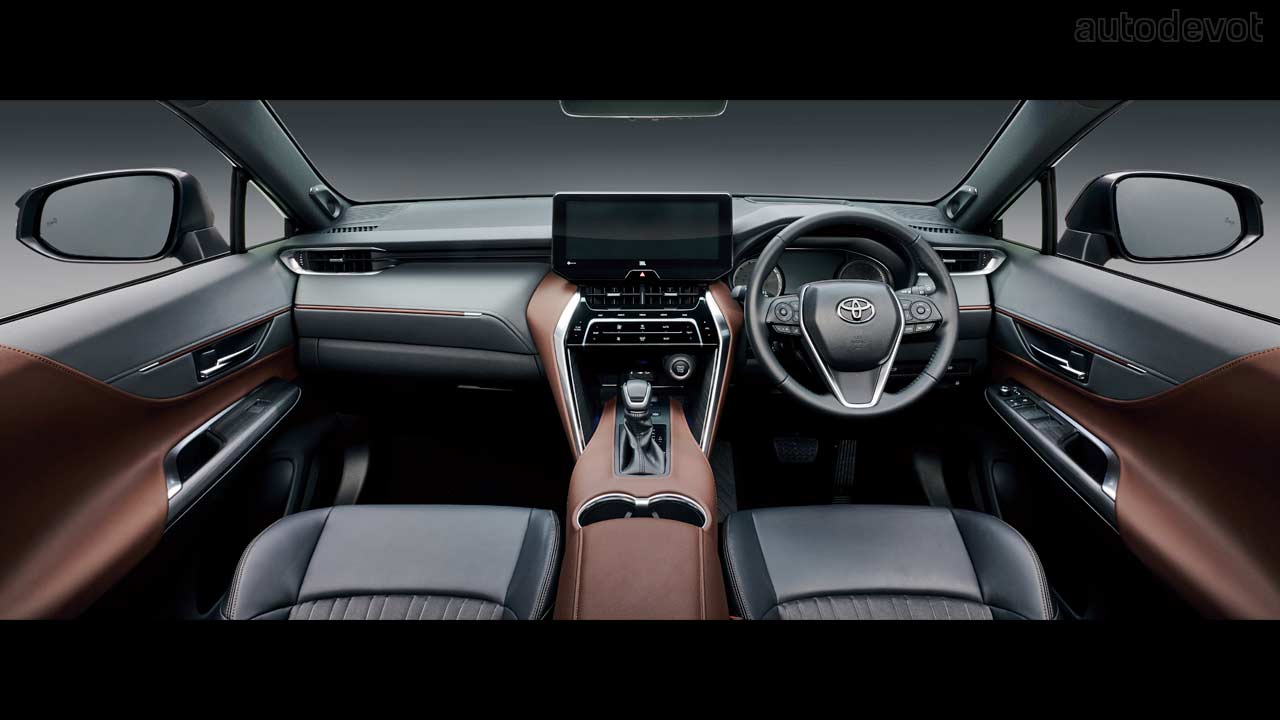 Just like the exterior, the interior layout too plays it safe with the styling. It looks clean and minimal, while the dual-tone theme of this example adds the necessary contrast to an otherwise boring looking cabin. The materials used include synthetic leather and wood accents created using ‘Bentwood’ technique.

Other features include a 12.3-inch touchscreen infotainment system with SmartDeviceLink connectivity, 9-speaker JBL audio system, and a panoramic sunroof with electric shades and electro-chromatic windows. 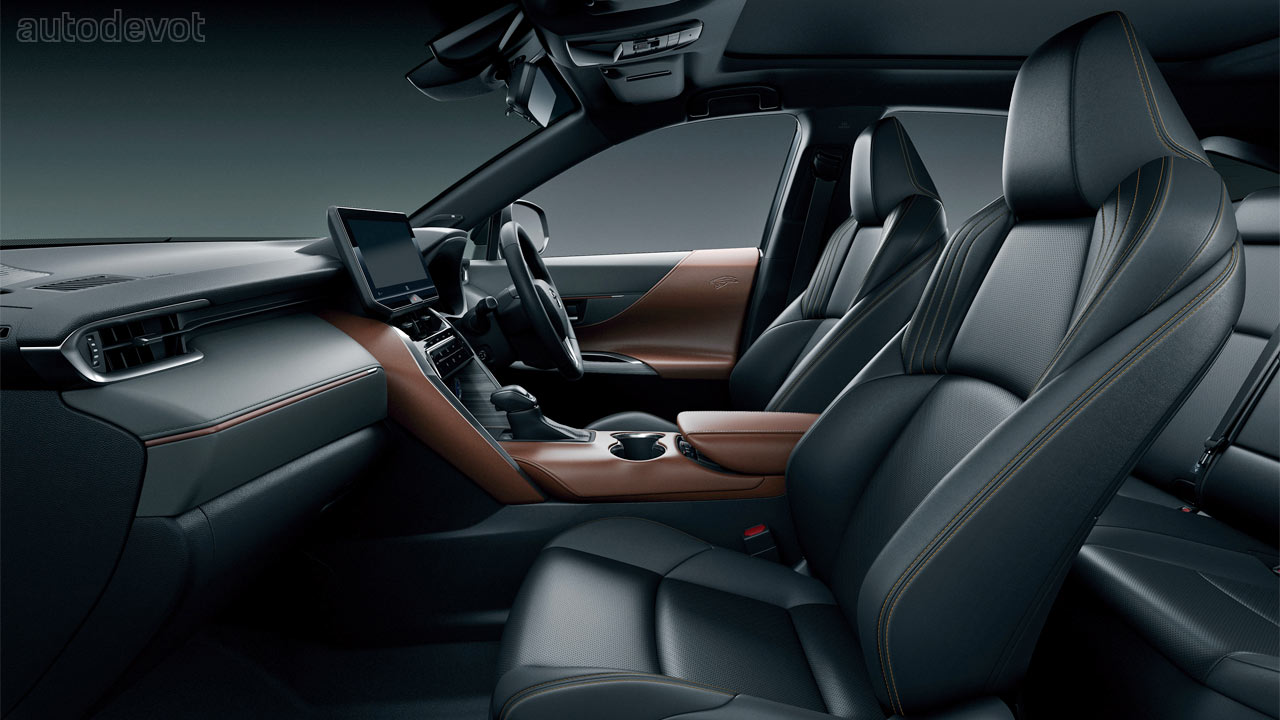 As for safety, the new Harrier gets Toyota Safety Sense, which includes a pre-collision safety system that detects pedestrians during the day and at night, as well as cyclists during the day. The Intelligent Clearance Sonar with Parking Support Brakes helps reduce and/or mitigate damage from collisions during low-speed driving in parking lots. 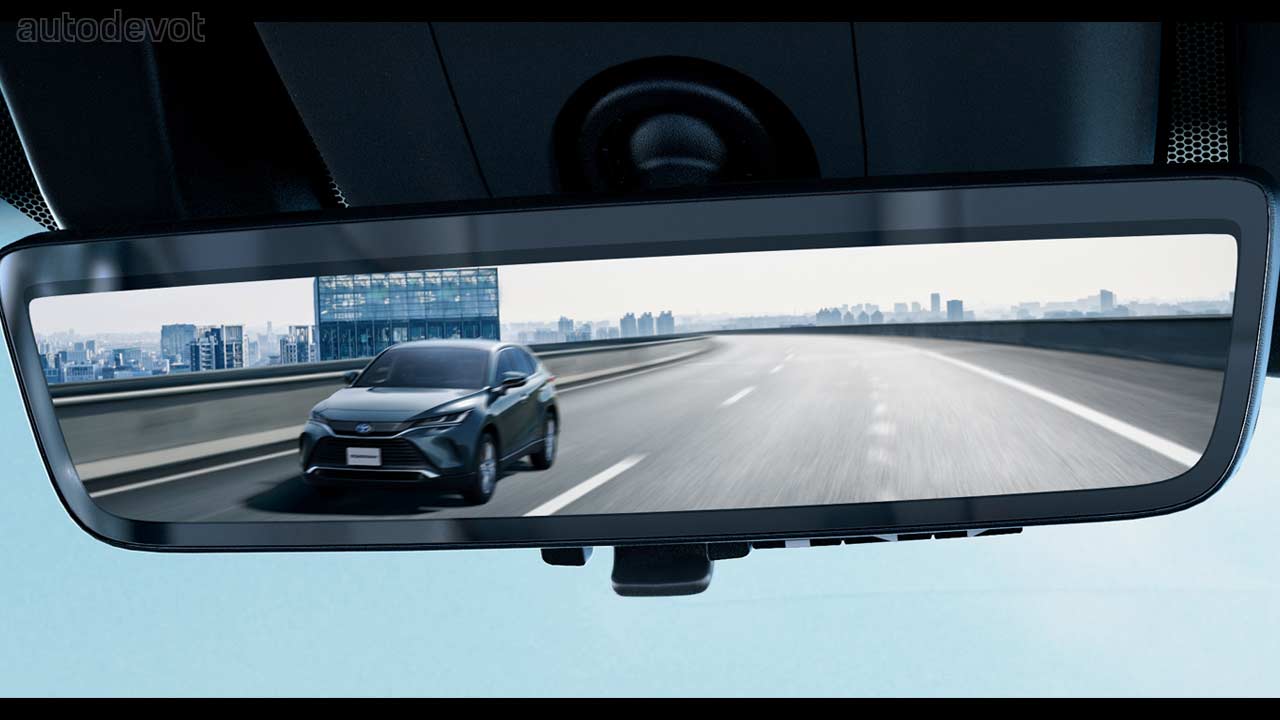 The digital rear-view mirror makes its Toyota debut in the new Harrier. It can record the front and rear of the vehicle while driving.

The suspension combo is MacPherson struts at the front and a double wishbone setup at the rear. Toyota claims the ride to be both solid and graceful. The Harrier also gets Active Cornering Assist (ACA) that is claimed to prevent understeering at corners. 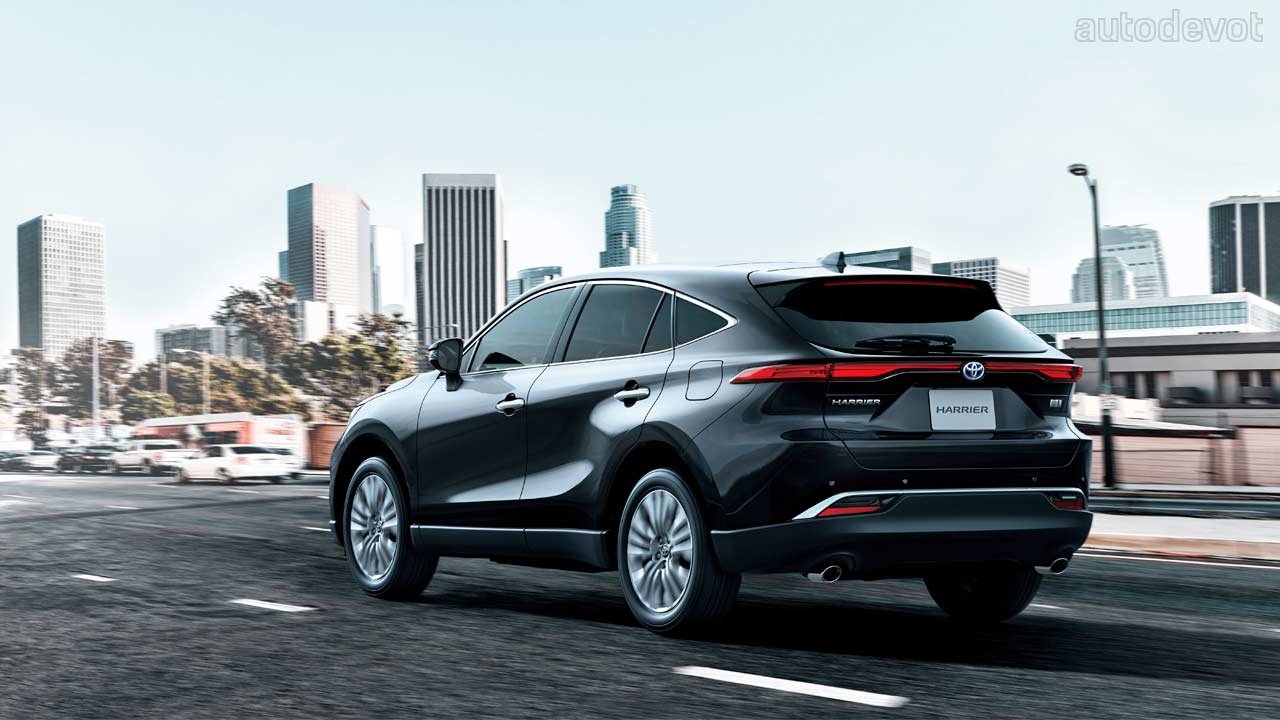 As for the business end, the new Harrier is available as a petrol-electric hybrid or just as a petrol variant; either as front-wheel drive or AWD.

As mentioned, Toyota is planning to put the new Harrier on sale in Japan by June 2020. 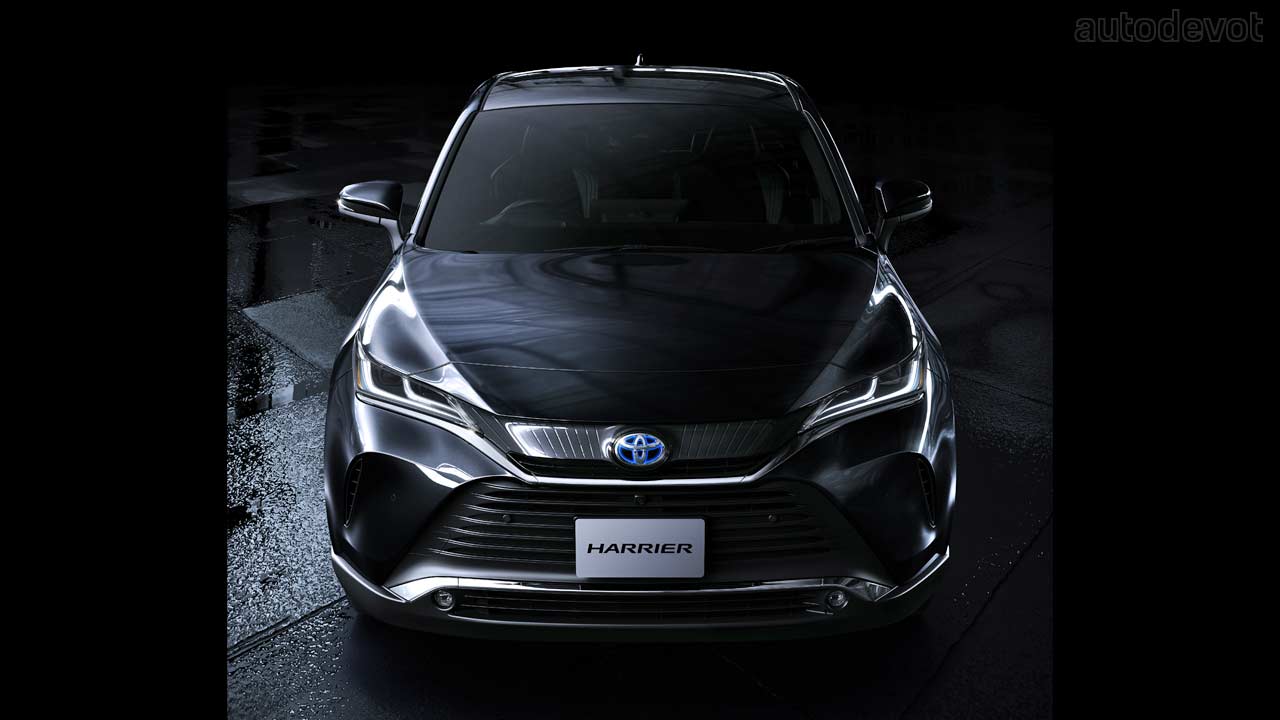 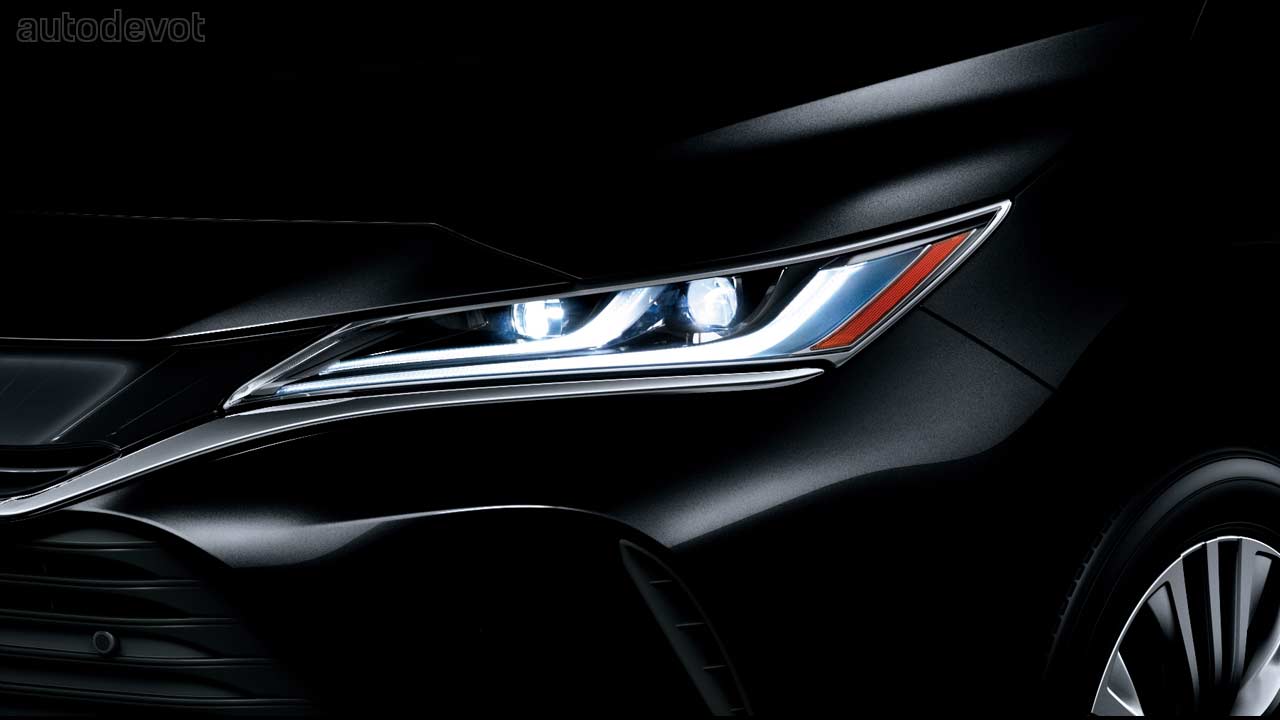 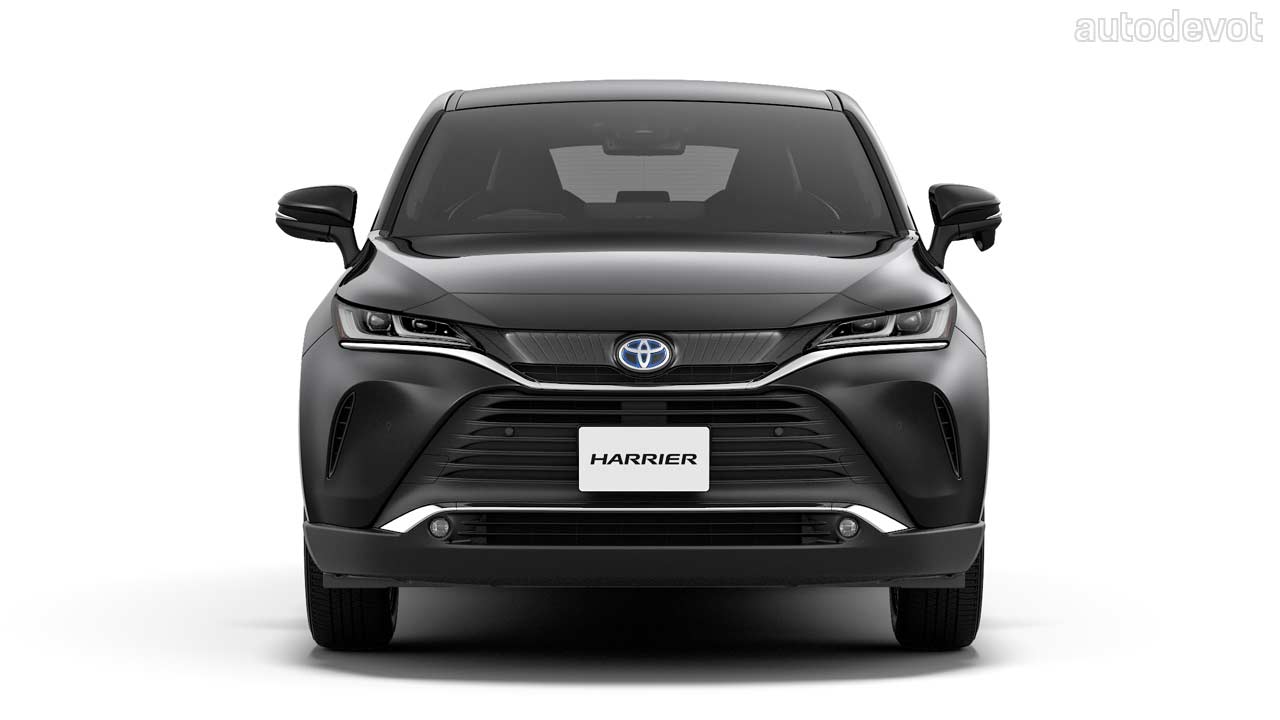 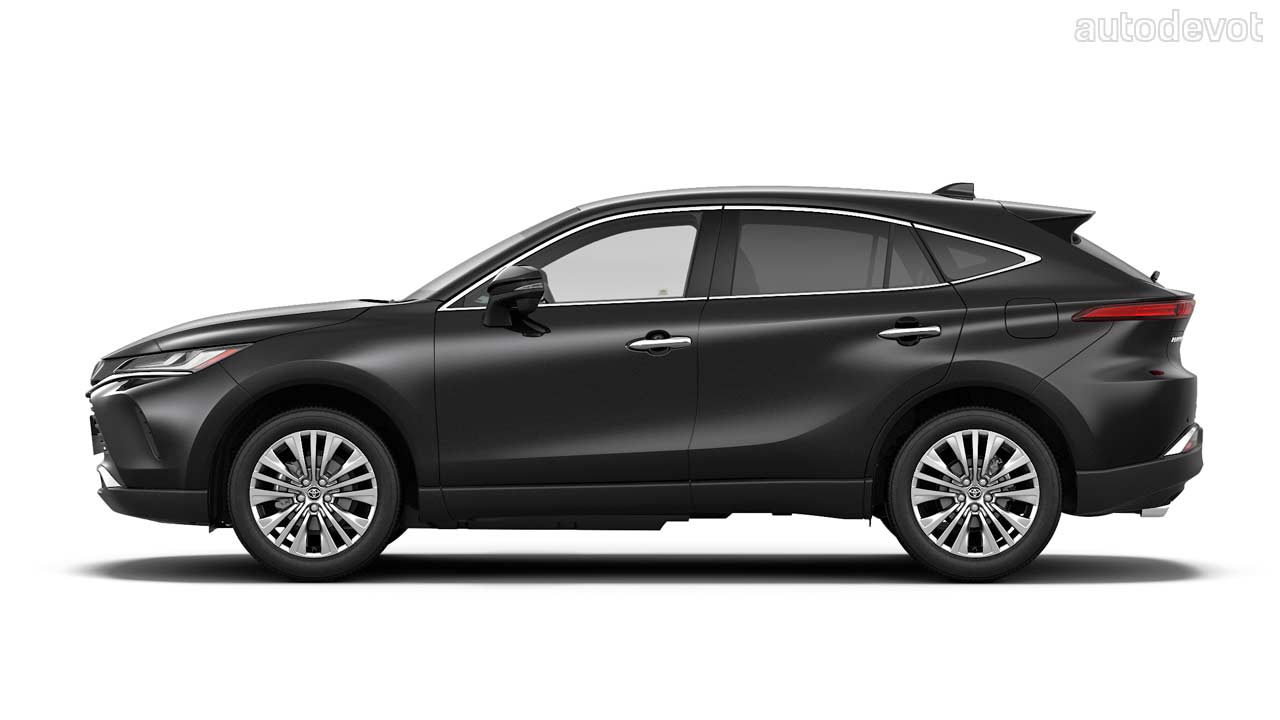 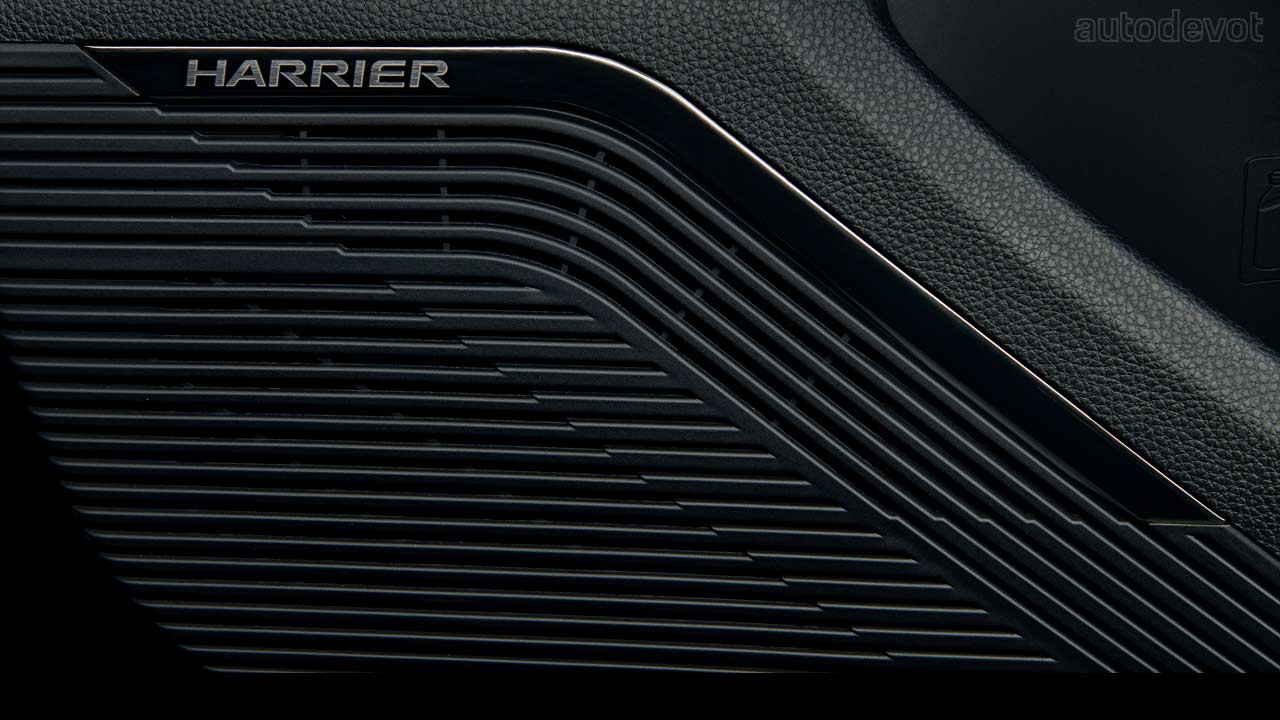 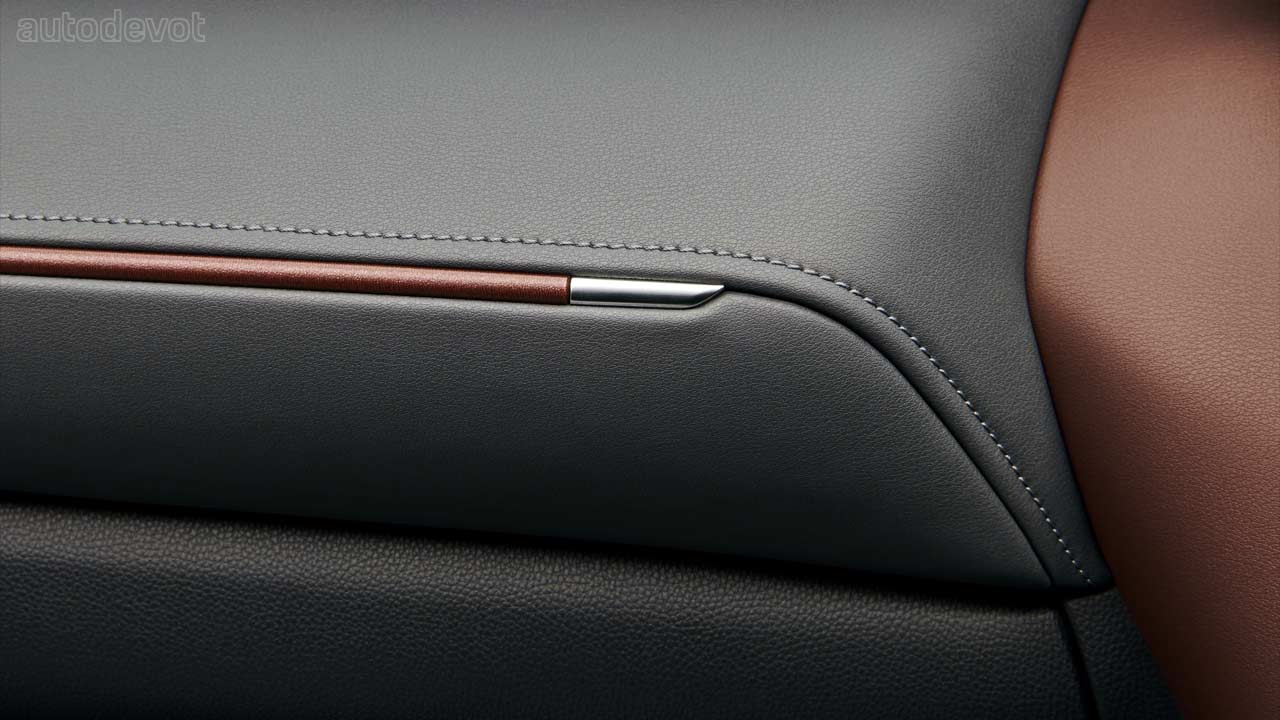 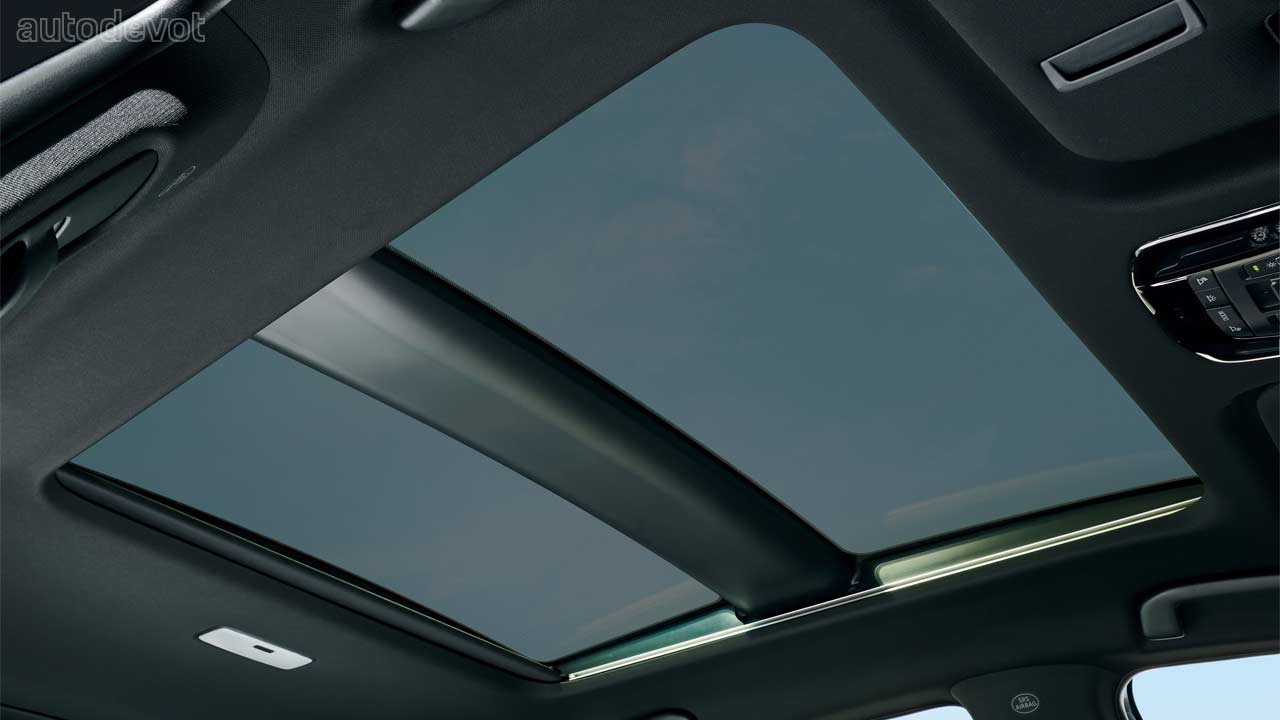 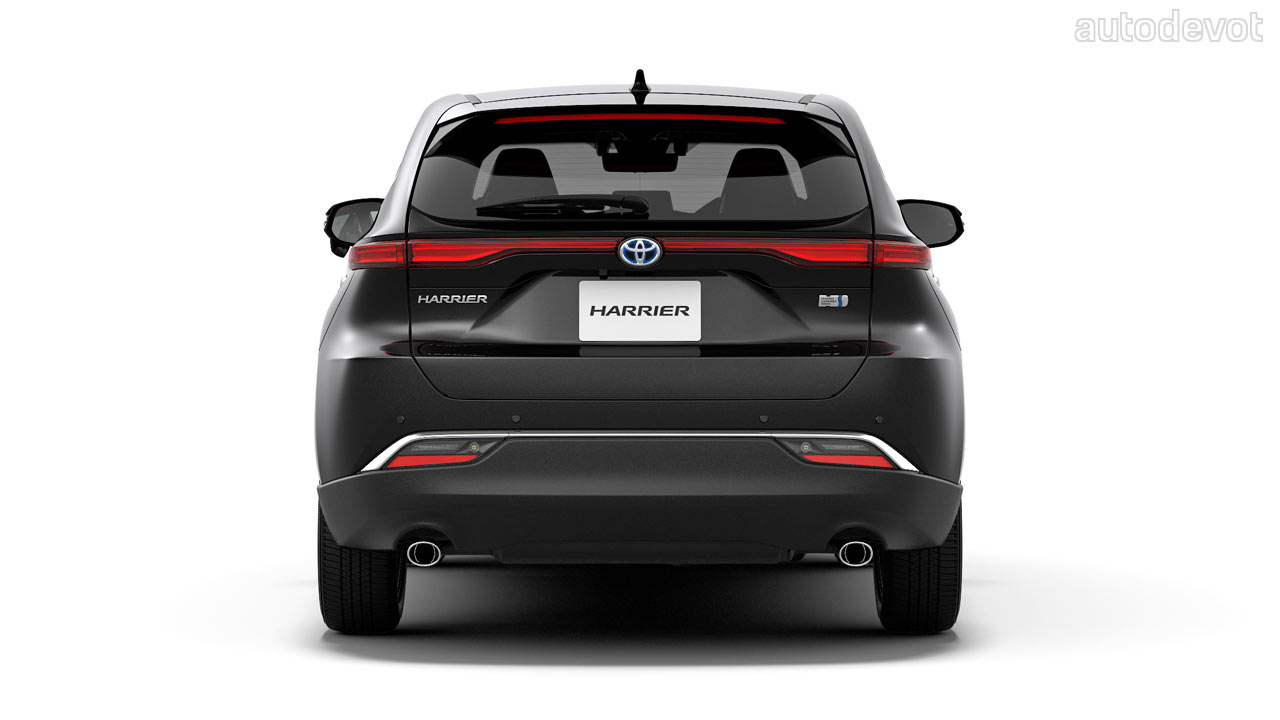 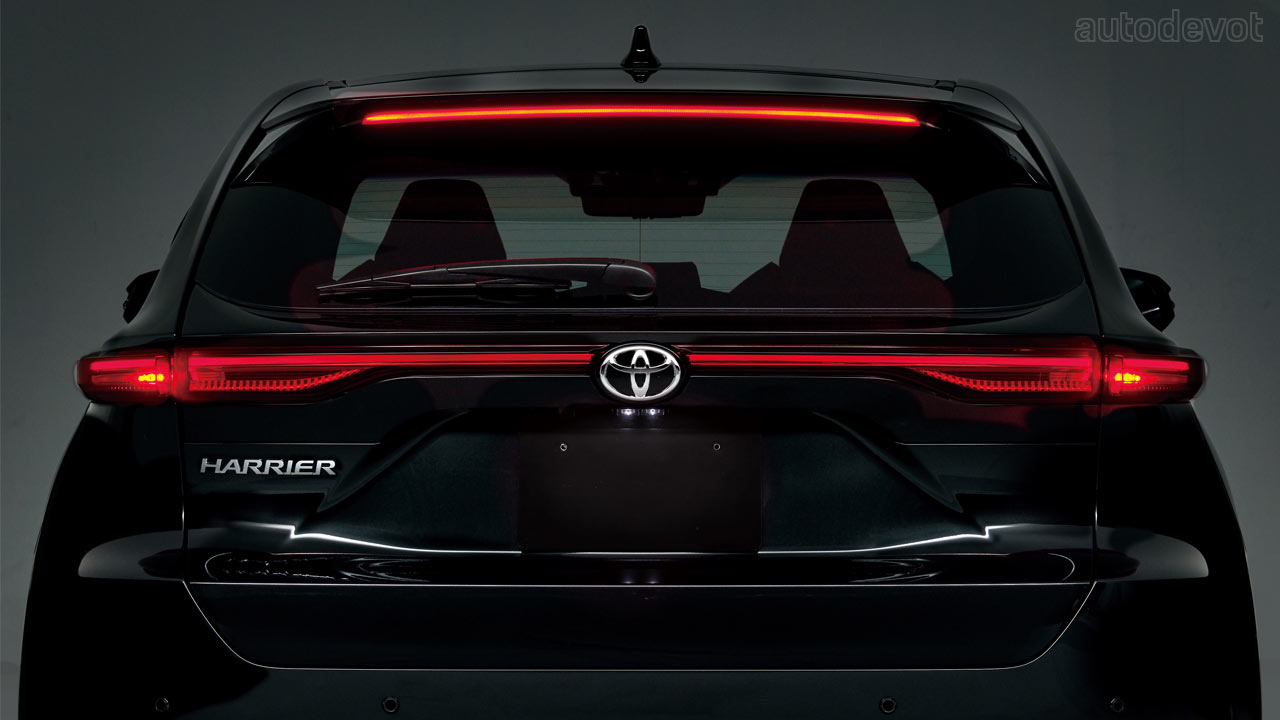