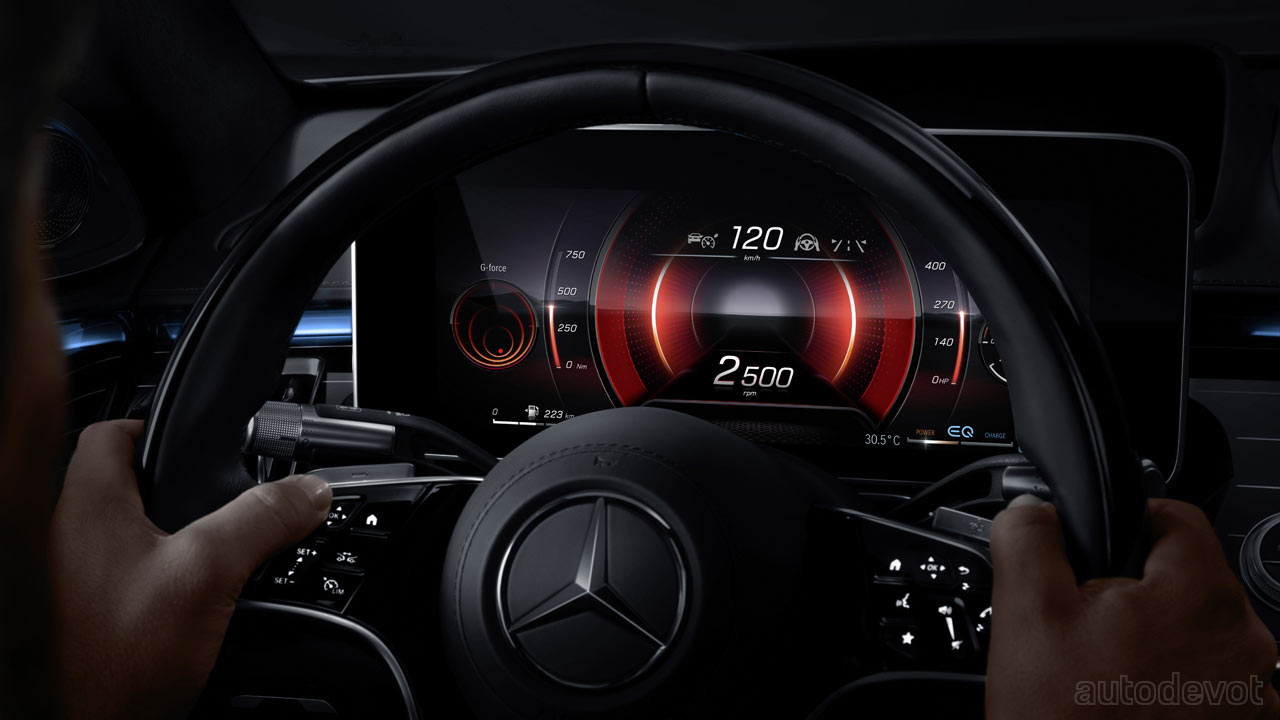 The all-new Mercedes-Benz S-Class is ready to make its global debut, but before that, the company wants to give the public a glimpse of the second generation Mercedes-Benz User Experience (MBUX) system that graces the new flagship interior. It was showcased in a special capsule that mimicked the new S-Class’ interior.

The new S-Class’ interior can be had with up to 5 large displays. The digitalization and AI is so much that a total of 27 physical buttons/switches have been cut compared to the outgoing model. Besides touching, swiping, voice control and hand gestures, ‘gaze control’ has been added too. Read on for details. 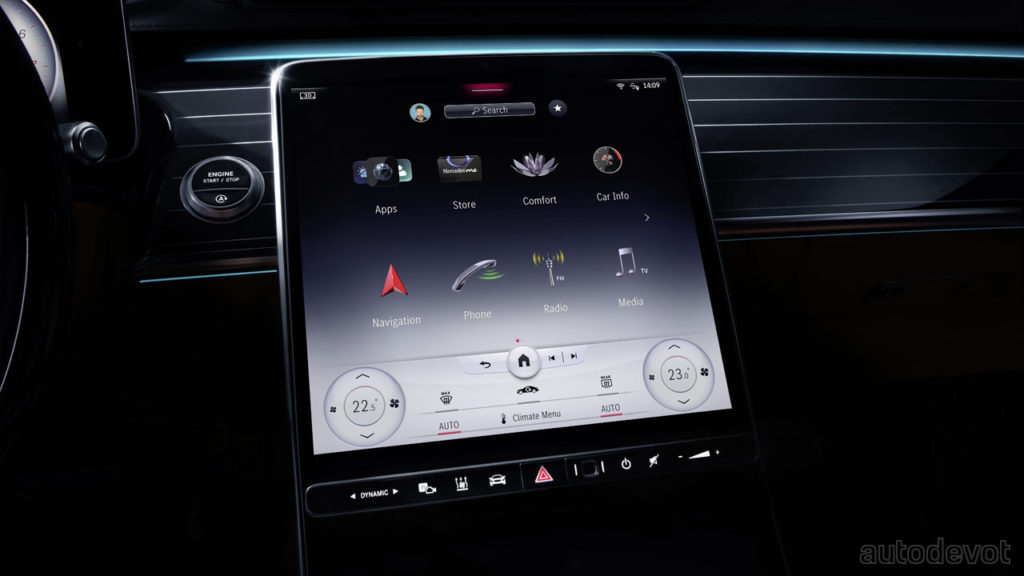 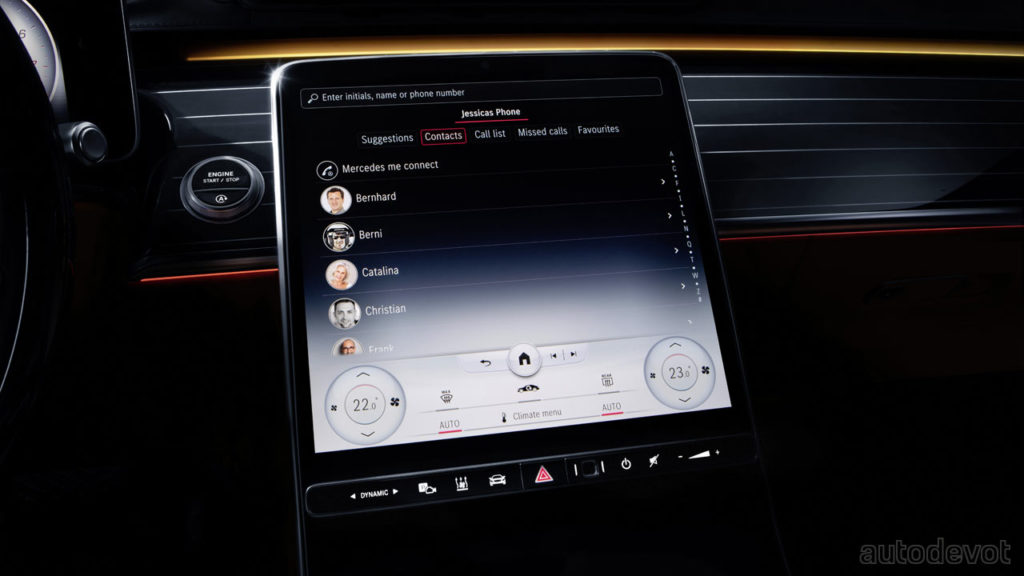 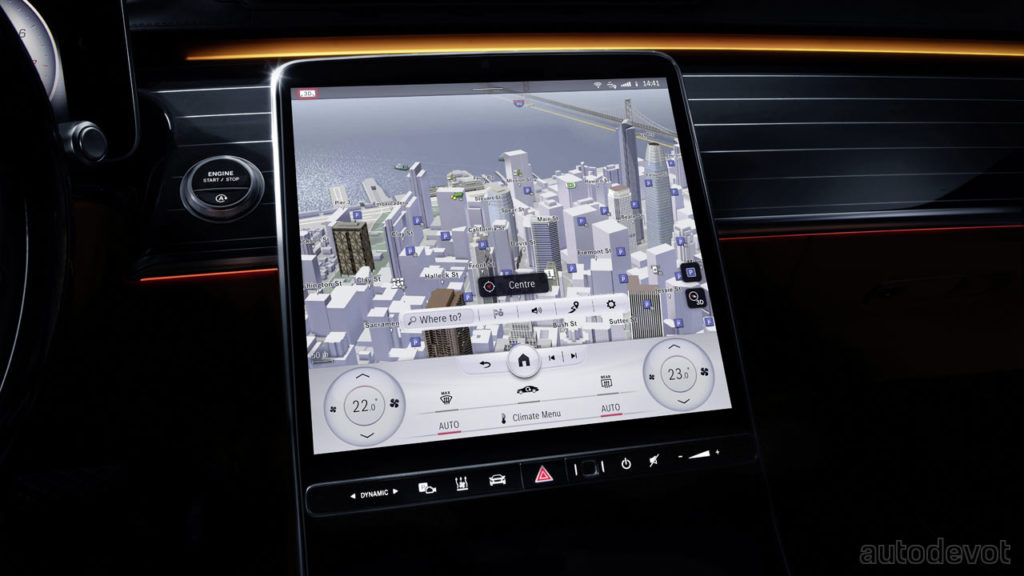 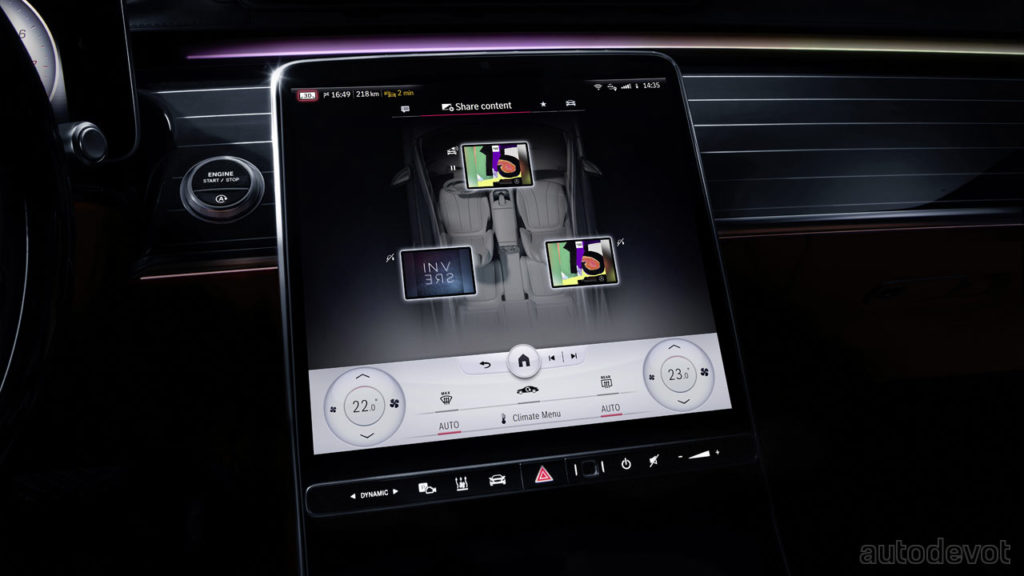 The most eye-catching one is of course, the portrait-style central display. It is an OLED display measuring 12.8-inches and offers four methods of authenticating the user: voice recognition, face recognition, fingerprint and PIN. Up to 7 profiles can be stored in the system. As we can see in the photos, even the fan speed controls are on the display – not sure how good that idea really is.

The MBUX Interior Assist can keep the cabin almost touch free. For example, if the driver looks over his/her shoulder towards the rear windshield, the system automatically opens the sunblind. If the driver is looking for something on the front passenger seat in the dark, it automatically switches the light on. Apparently, the technology can recognize up to 20 control wishes. 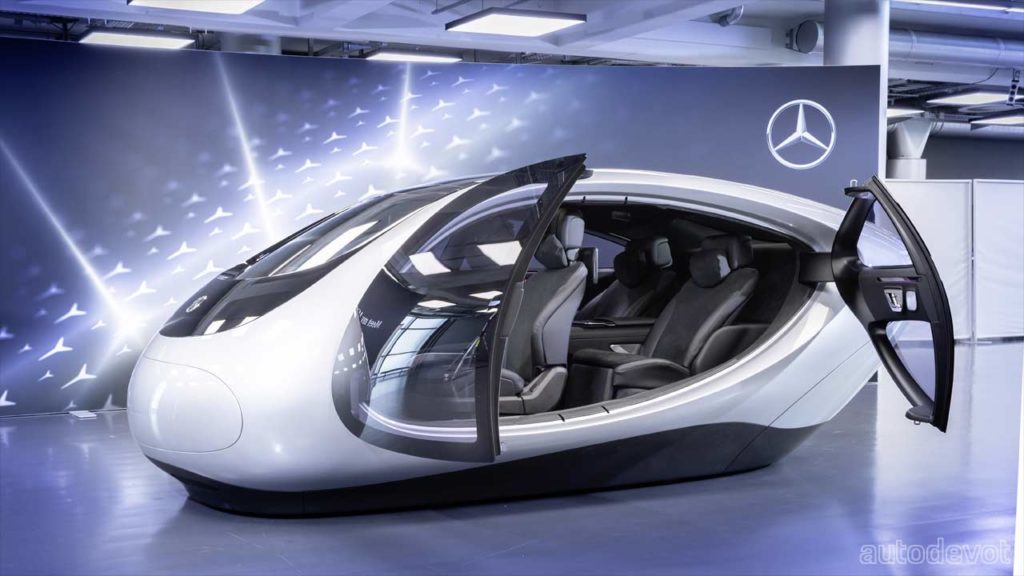 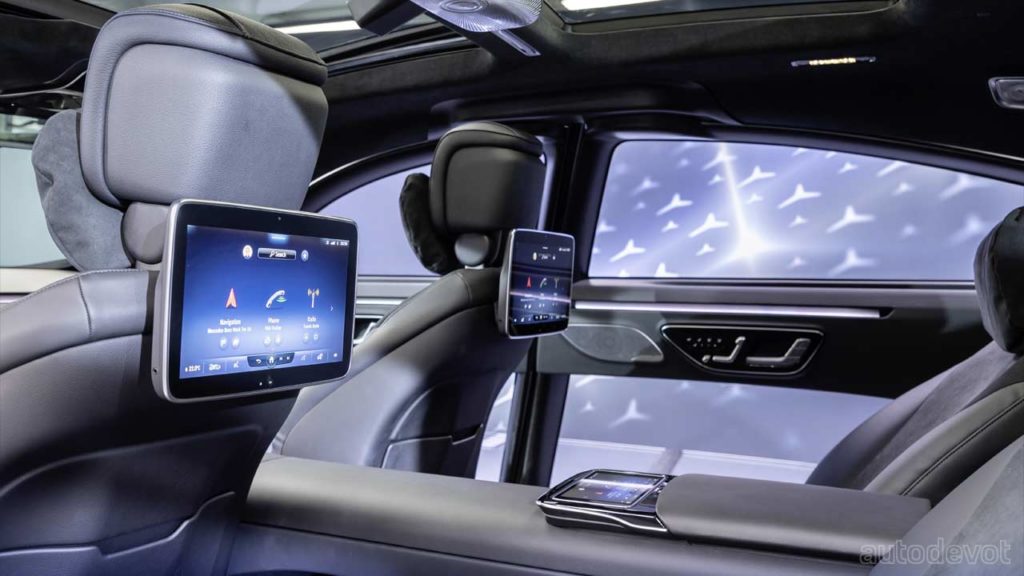 The back seat passengers can have up to 3 displays and they’ll also have access to the MBUX Interior Assist and voice controls.

The new MBUX system boasts natural language understanding with support for up to 27 languages. The wake-up command remains to be “Hey Mercedes”.

Other features of the new S-Class interior includes two available Augmented Reality Head-Up Displays (AR-HUD), one of which is a large display with the image appearing virtually at a distance of 10 metres. There’s also a 3D driver display with an integrated stereo camera system to track the driver’s eyeballs.