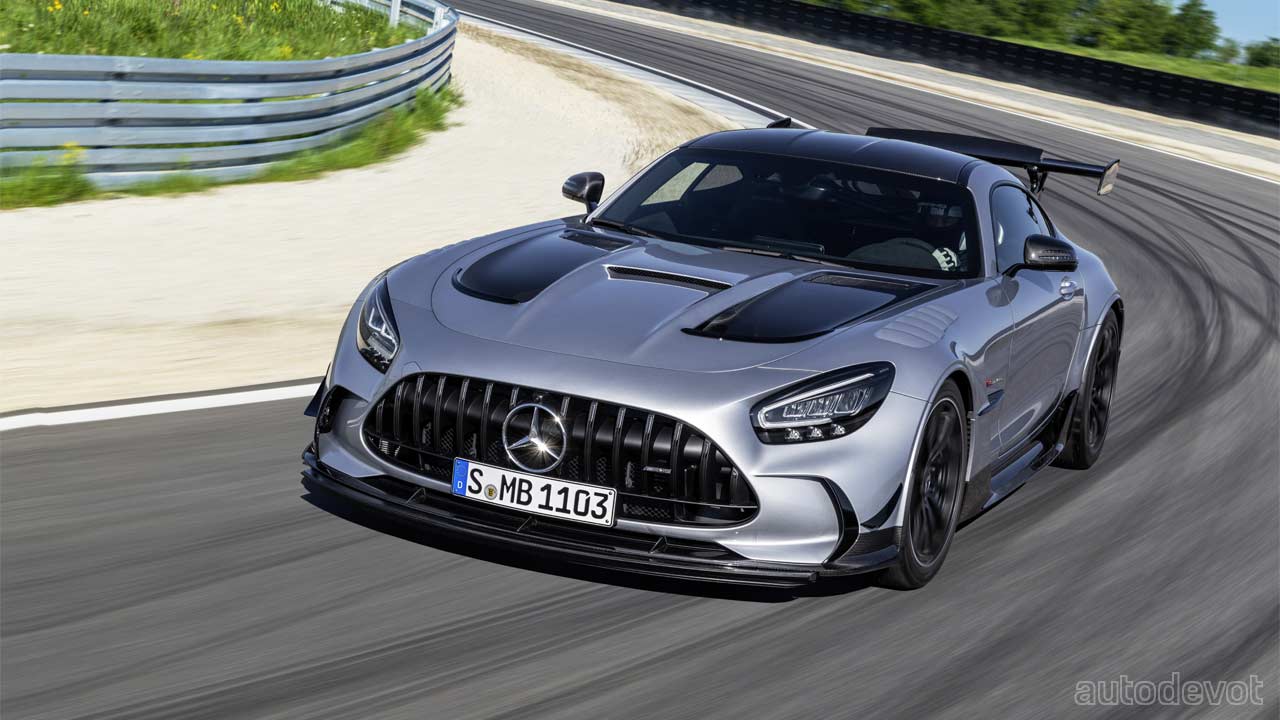 While the AMG cars as we know are the performance variants of the normal Mercedes cars, the Black Series cars have always been the pinnacle of the sub-brand. It takes an AMG car to the next level and then some. So far, there have been 5 such cars with the last one being the SLS Black Series. The latest one to join is, of course, the GT Black Series. 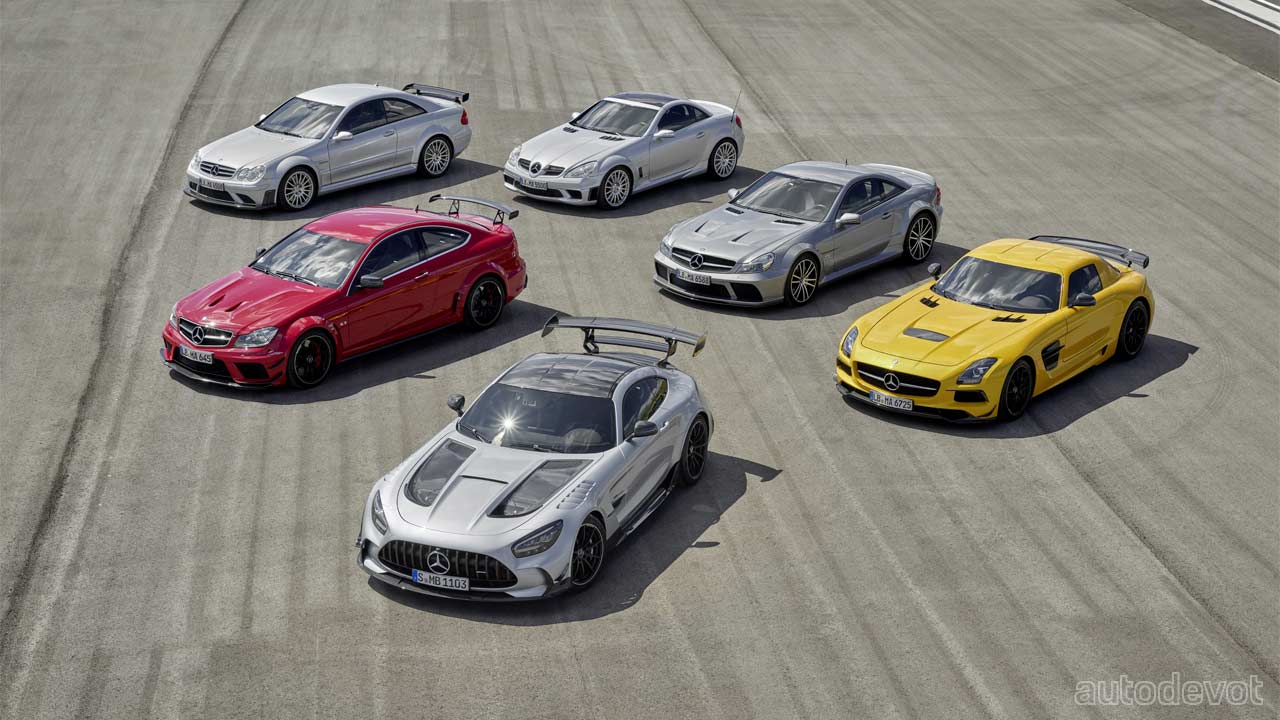 It features functional aerodynamics, and all the gaps and gapes you see have a purpose. There’s no fakery going on here. 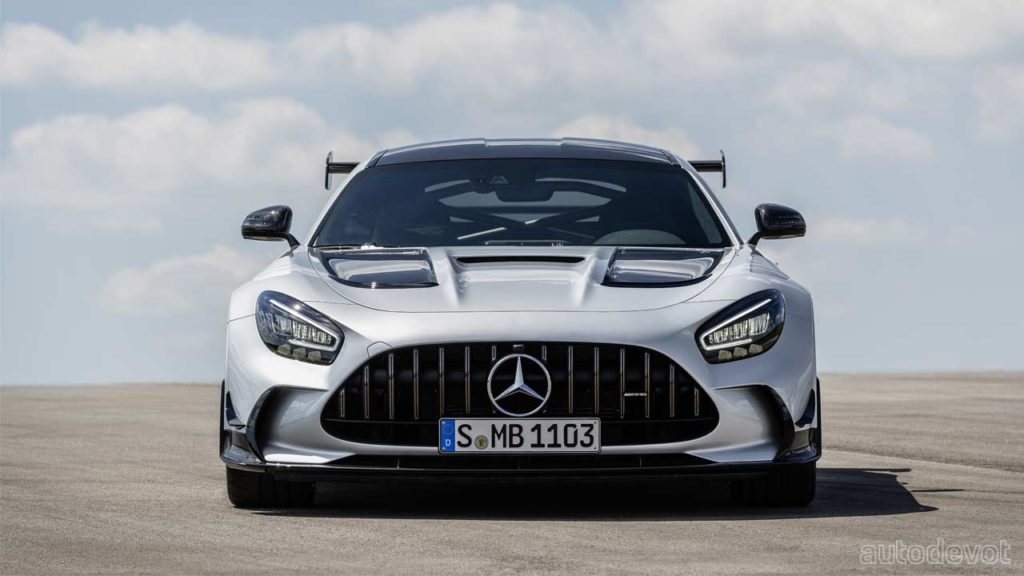 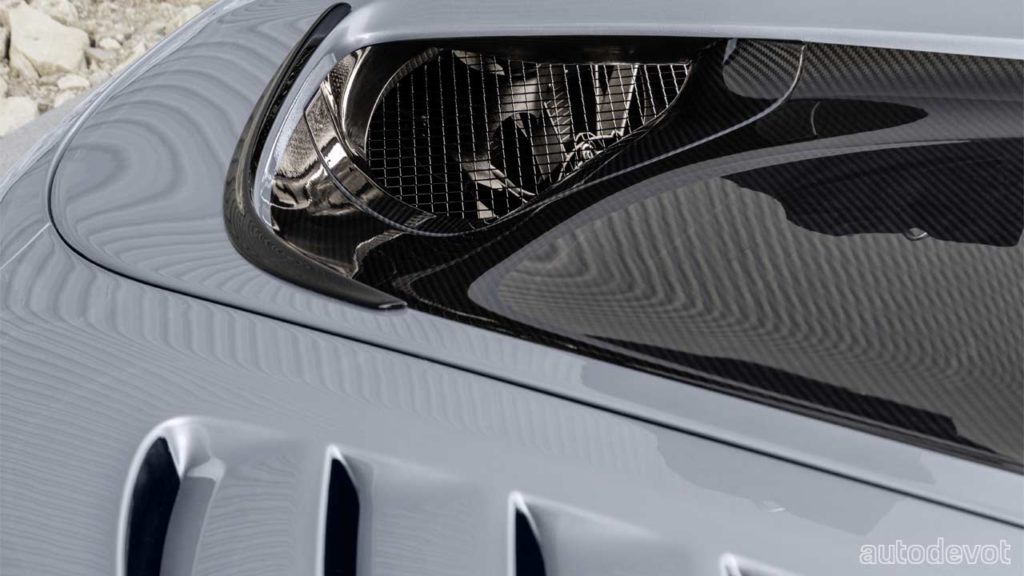 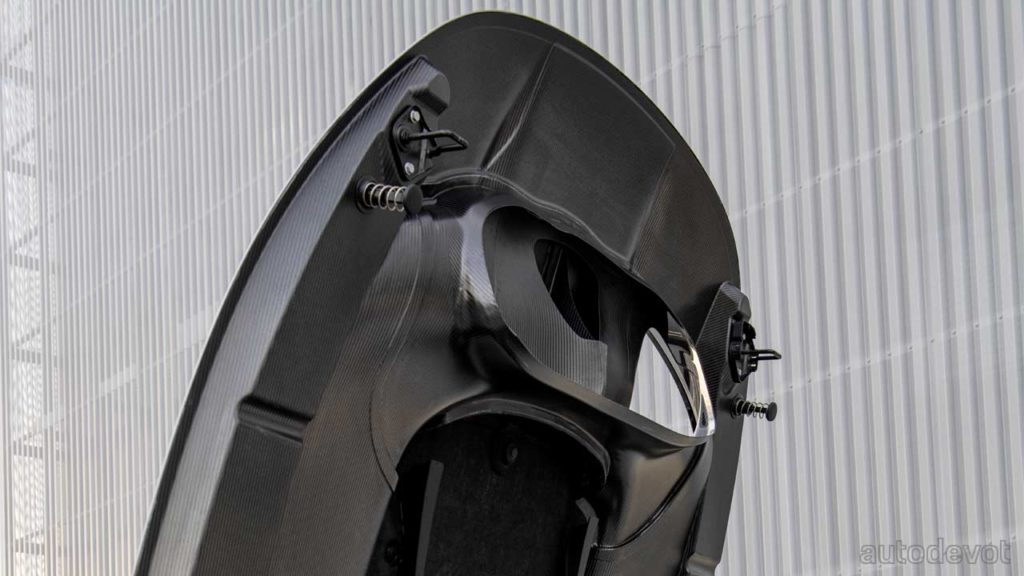 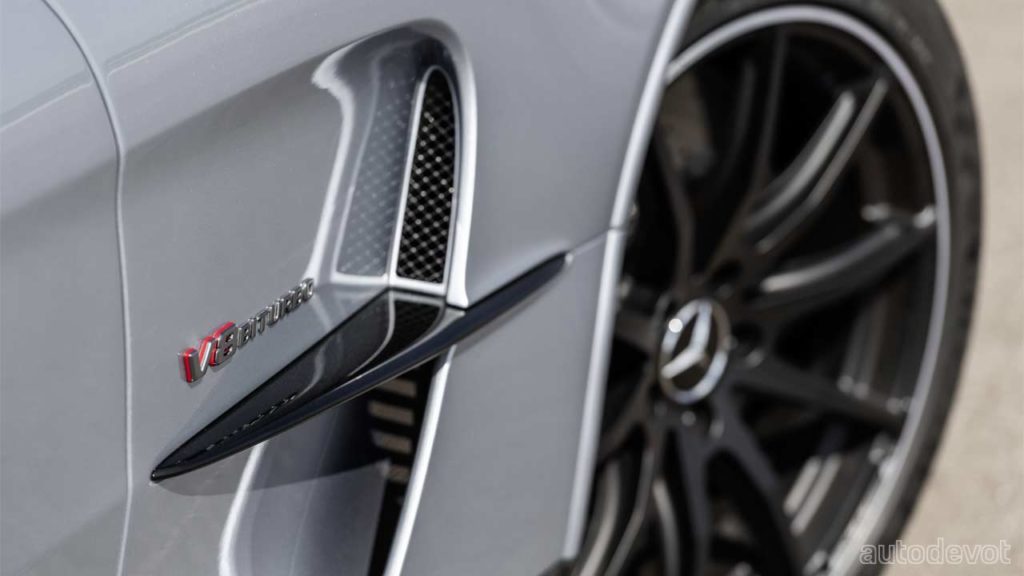 As we saw in the previous post, the car’s aerodynamics is heavily derived from the GT3 race car. The massive front Panamericana grille, the fender louvres, large bonnet scoops (you can actually see the fan), you name it, pretty much everything comes from the GT3 and GT4 race cars; the former has more influence. The side outlets on the front fenders are functional too. 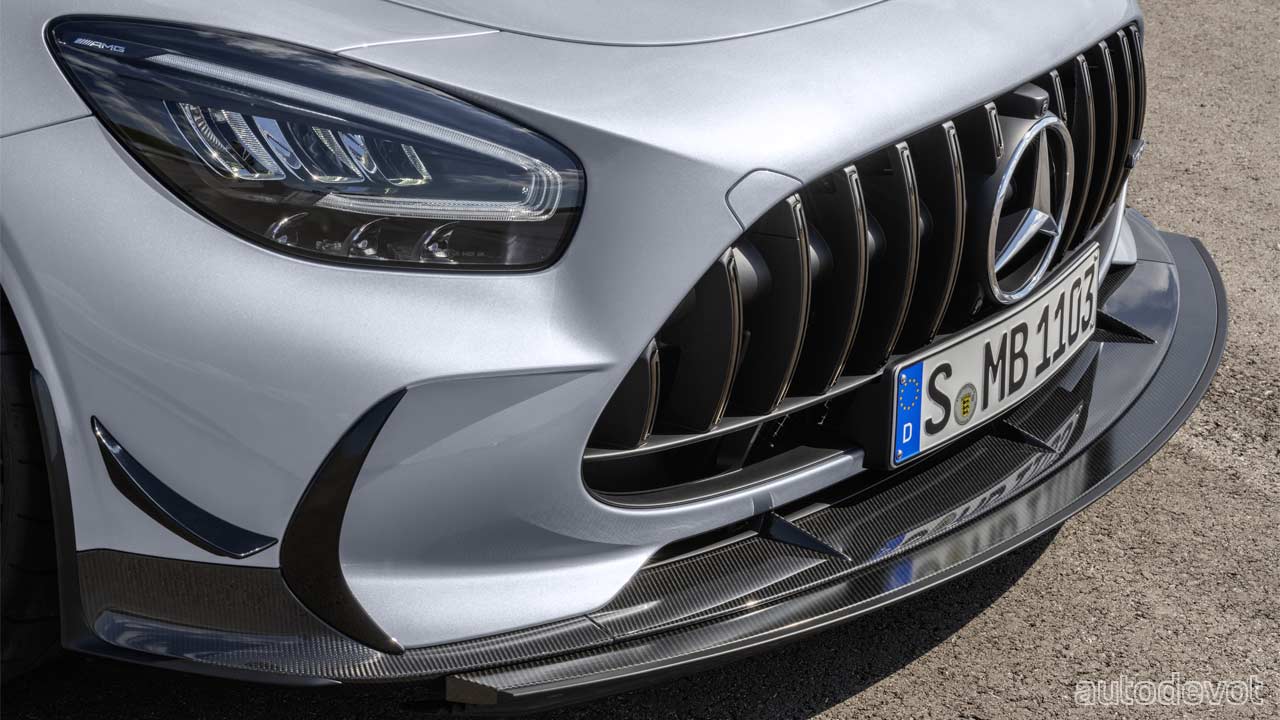 The carbon fibre front splitter has two manually adjustable settings: Street and Race, which are fairly self-explanatory. The Race setting is intended for track use where the two-part splitter can be manually extended as shown in the picture for more downforce. It acts like a reversed wing creating a negative pressure depending on the driving speed, and significantly accelerates the air flow underbody, creating the ‘Venturi effect’. 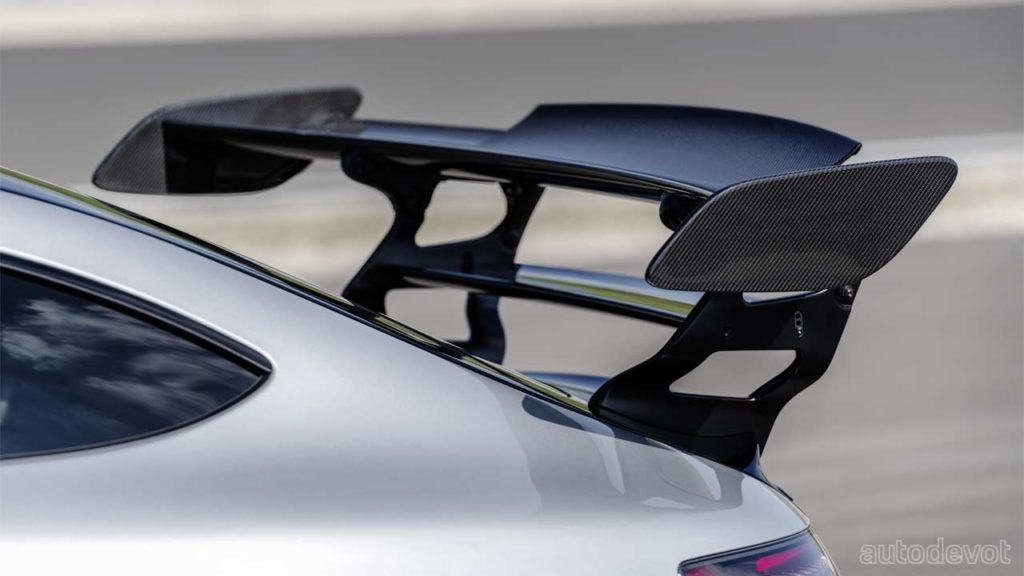 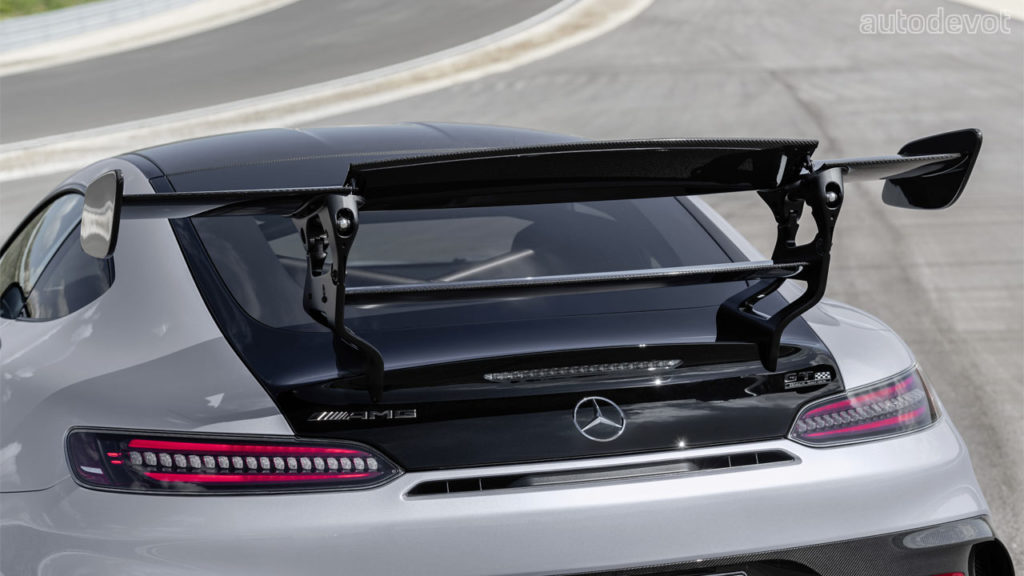 At the rear, there’s a massive two-stage carbon fibre wing with an electronically adjustable flap in the middle of the upper blade. It can be adjusted (up to 20-degrees) via the AMG Dynamics mode selection. By default, the flap remains up and extended at up to 250 km/h (155 mph) and when the speed exceeds 250 km/h, it retracts to reduce drag. When the driver suddenly applies brakes or steers into a corner, the flap immediately returns to its extended position. The flap can also be retracted or extended via a separate button in the centre console. 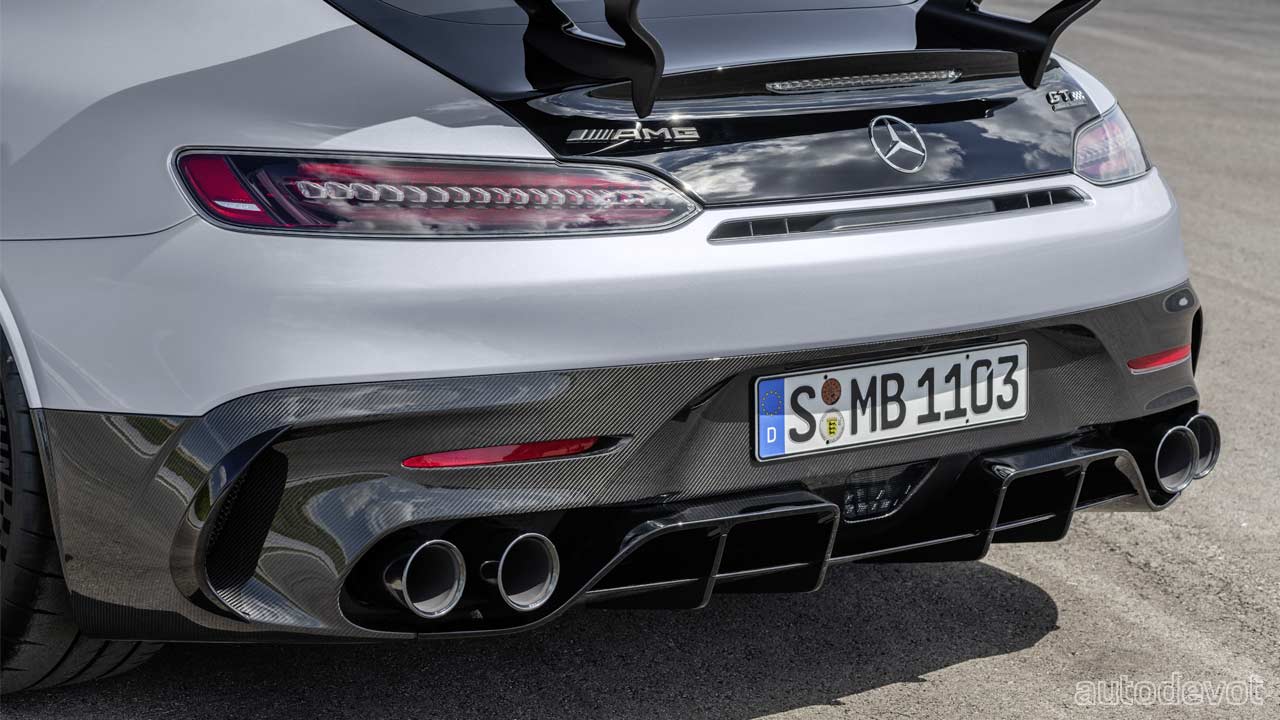 Further down, there’s an aggressive-looking carbon fibre diffuser flanked by twin real exhaust pipes on both sides. The tailpipes have carbon fibre finishers. You can imagine the thunderous exhaust note out of those quad outlets. 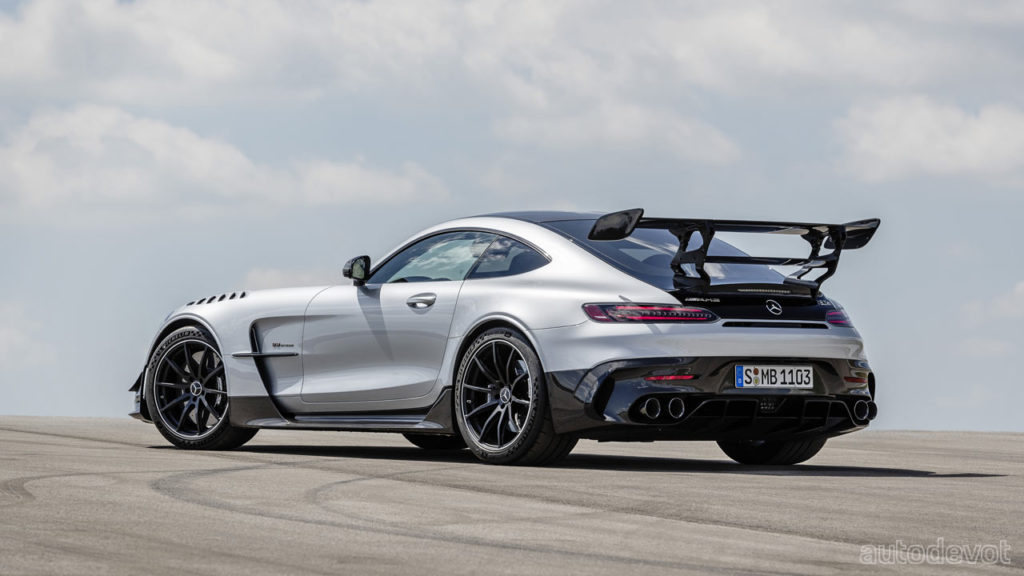 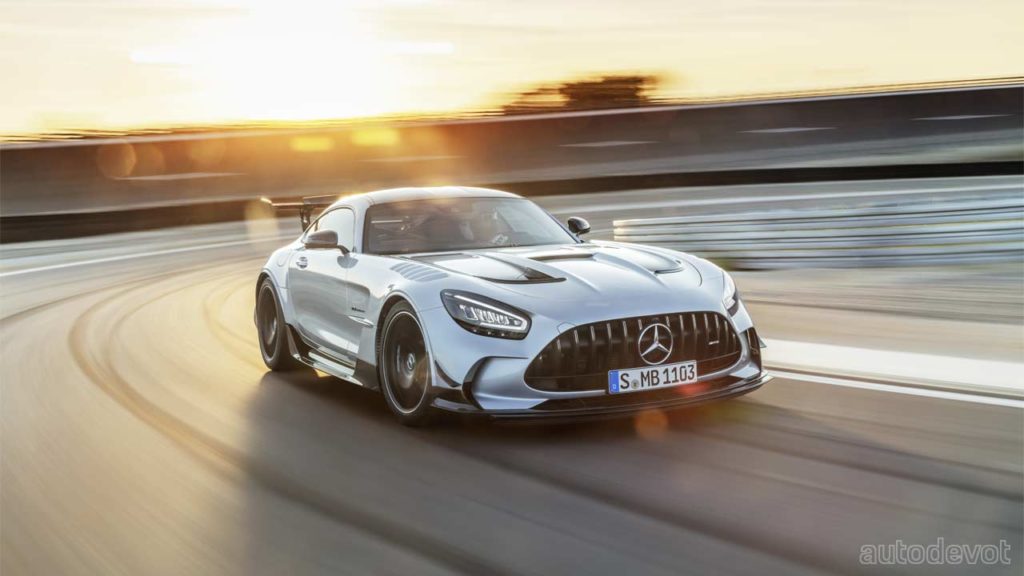 As for the suspension, the GT Black Series features coil-over springs with adaptive adjustable damping. As with the GT R Pro, the spring preload, rebound and compression forces are adjustable. Wishbones, steering knuckles and hub carriers on the front and rear axle are made entirely of forged aluminium in order to cut down unsprung masses. The spherical bearings on the upper and lower wishbones of the rear axle come straight from motorsport.

Just like in the GT R Pro, the front axle is fitted with an adjustable torsion bar made of carbon fibre. Its counterpart at the rear axle is made of steel, is triple adjustable, and saves weight thanks to its hollow tube design.

The cambers at the front and rear axle are manually adjustable and so are the carbon fibre anti-roll bars. 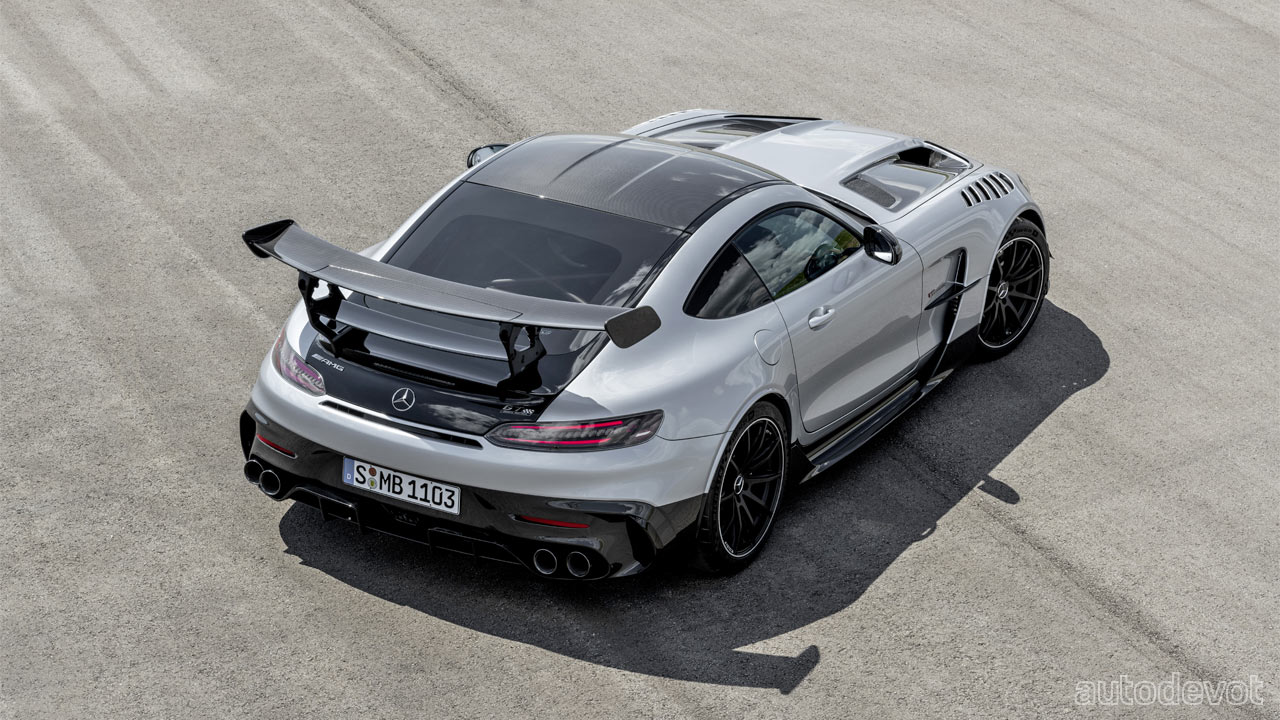 The GT Black Series rides on wheels measuring 19-inches at the front and 20-inches at the rear. They are wrapped in Michelin Pilot Sport Cup 2 R MO tyres (285/35 ZR19 front and 335/30 ZR20 rear), specially customised for the Black Series and are available in two compounds: soft and hard; the latter is an option for track use at higher temperatures.

As standard, the GT Black Series gets ceramic compound brakes with calipers painted in black and white lettering. 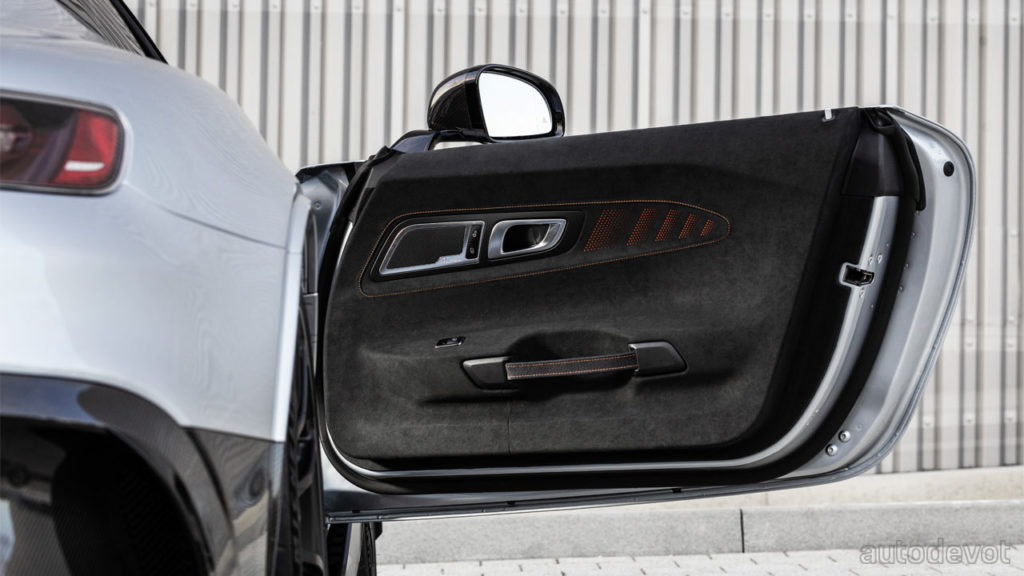 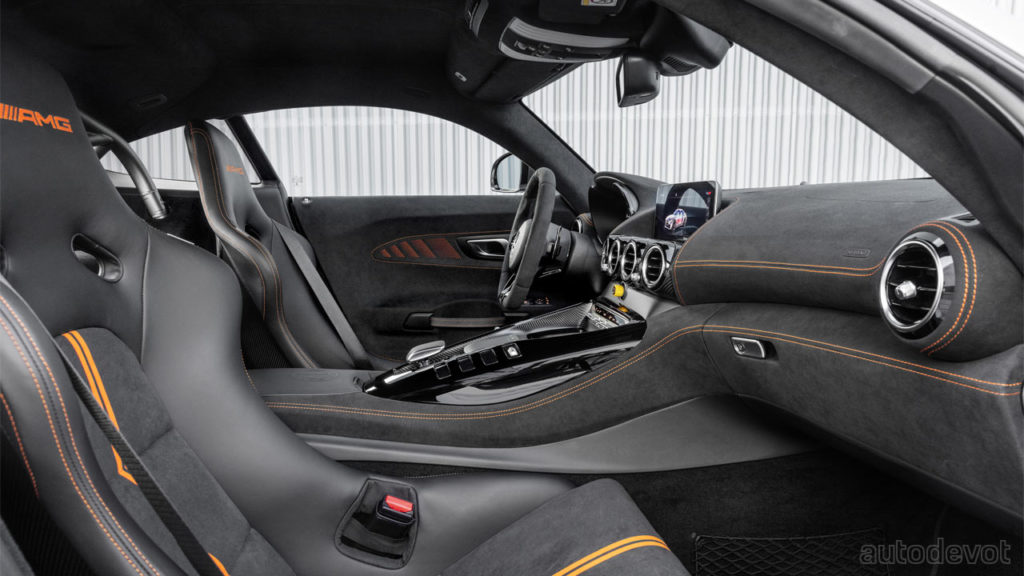 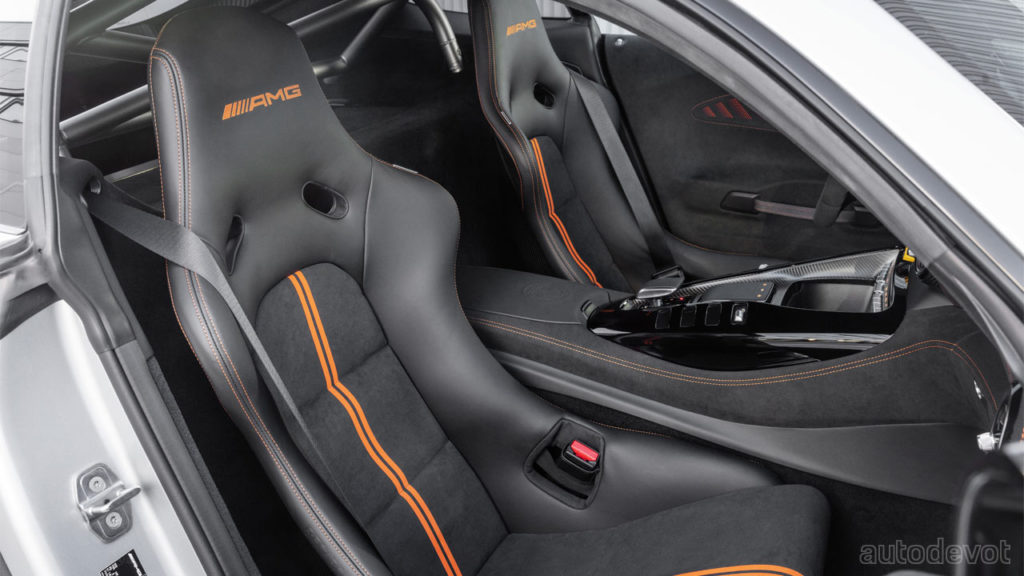 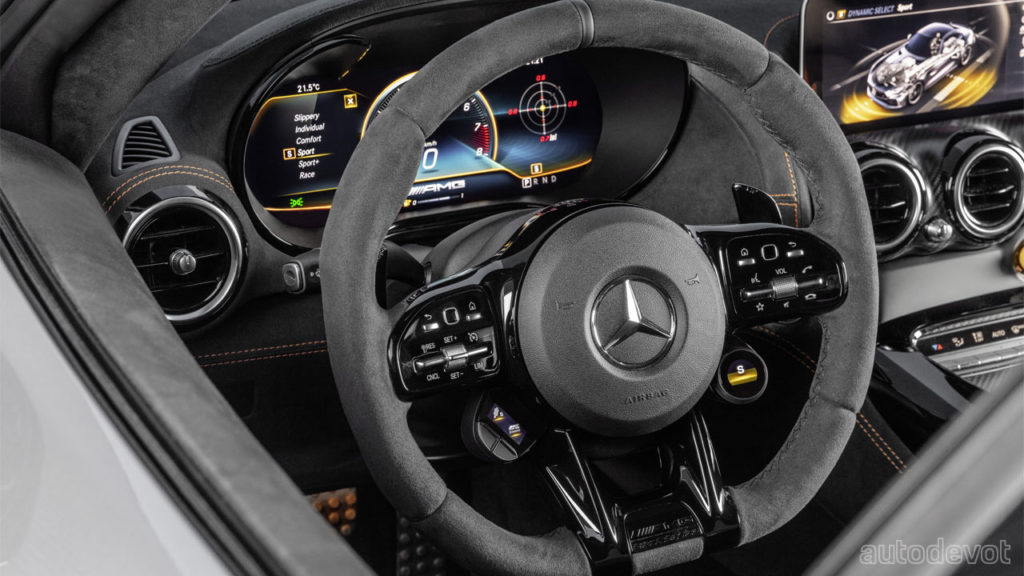 Inside, there are not a lot of changes, visually. However, you can notice the simple door cards with pull-type strap handles. There’s also generous usage of Alcantara (DINAMICA microfibre) with orange contrast stitching. Carbon fibre bucket seats are standard while the AMG Performance seats can be had as an option; the latter is standard in U.S., Canada and Chinese markets. 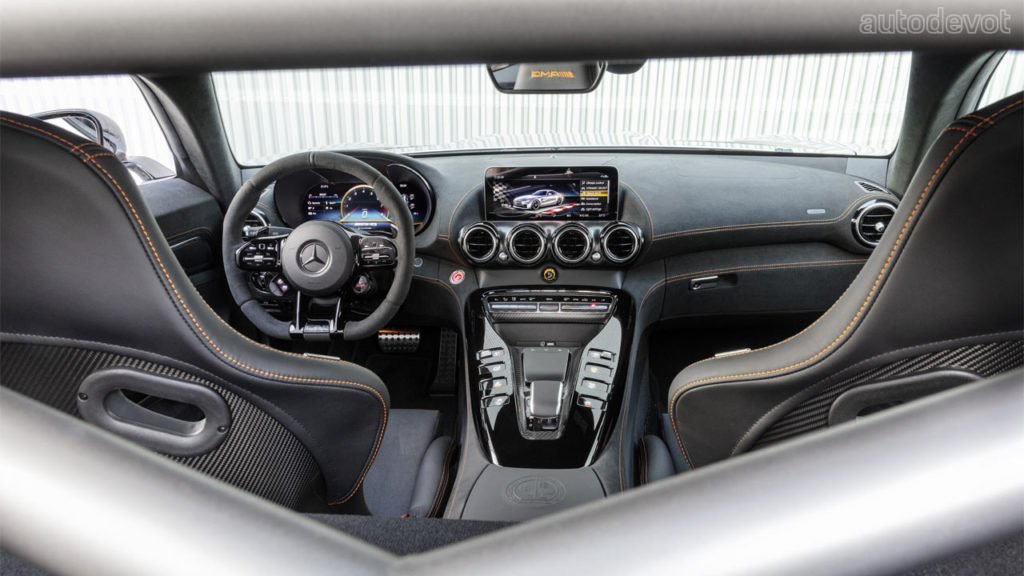 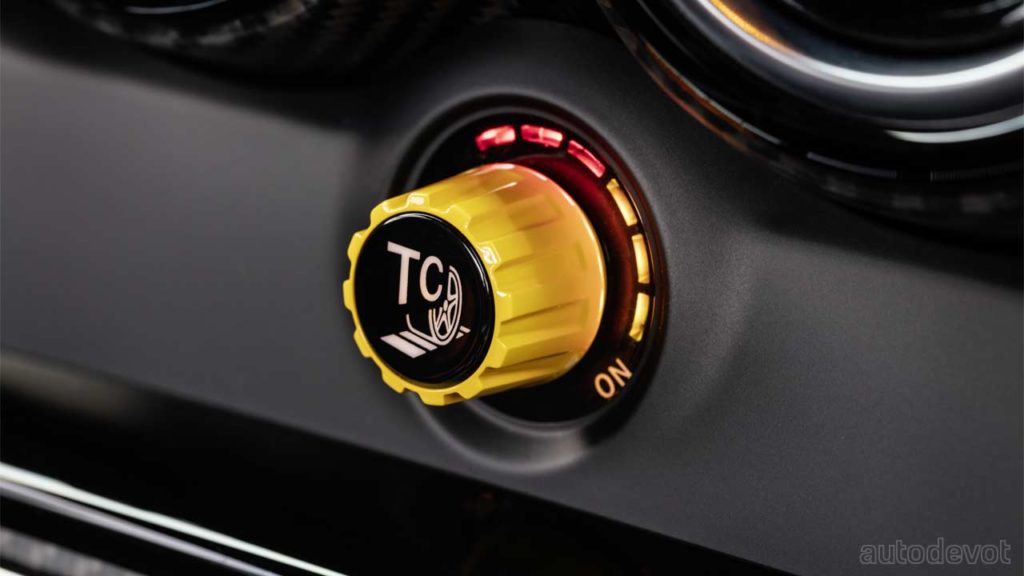 The rest of the interior feels pretty familiar including the yellow Traction Control knob (9 stages). The Level 1 is programmed for driving in the wet with high safety in mind while Level 9 allows for maximum slip on the rear axle.

The digital instrument cluster measures 12.3-inches while the infotainment in the centre is of 10.25-inches. They, of course, get AMG-specific graphics. 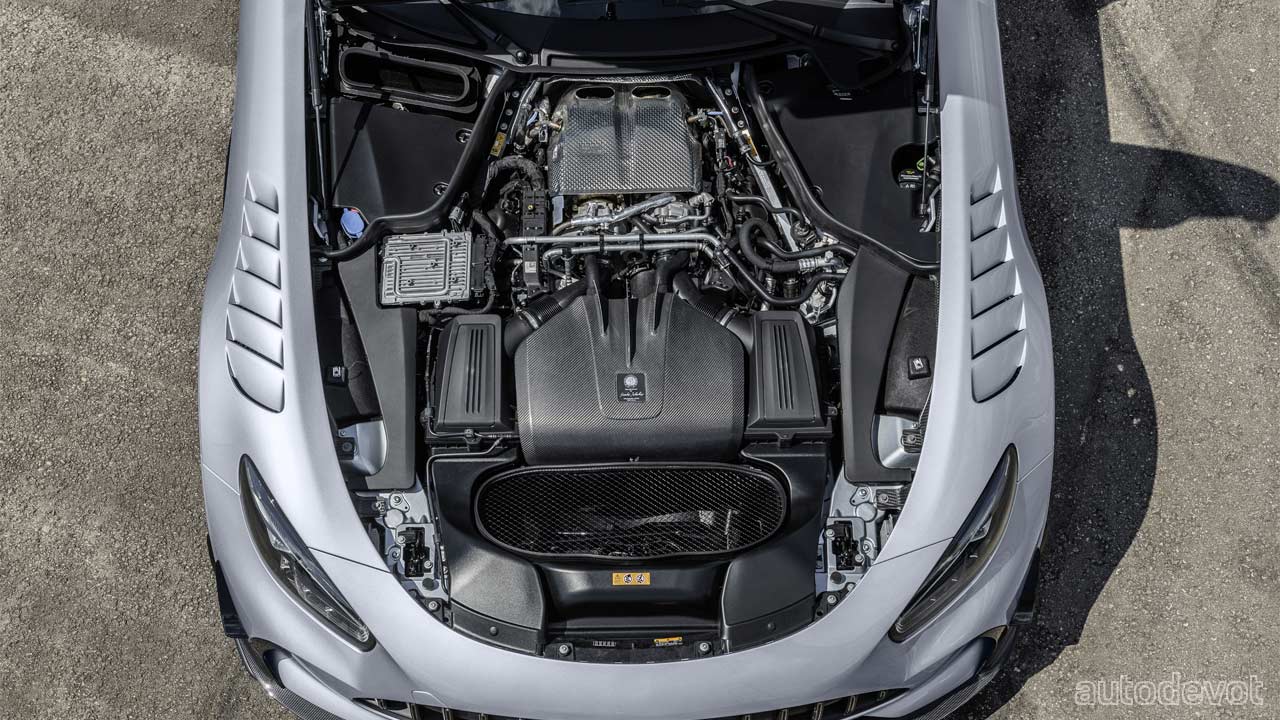 Look how far back the engine is positioned! It’s in a different postal code altogether. Anyway, moving on to the business end of the story, the GT Black Series uses a derivative of the M178 engine with dry sump lubrication. Here the identification code is M178 LS2 due to the number of changes that have been made.

As mentioned in the title, the primary change is a flat-plane crankshaft as opposed to the cross-plane crankshaft you’ll find in the other variants. It creates a characteristic firing order of 1-8-2-7-4-5-3-6. Another change is a larger compressor wheel in the turbochargers, which together are claimed to deliver a total of 1,100 kg (2,425 lbs) air per hour. 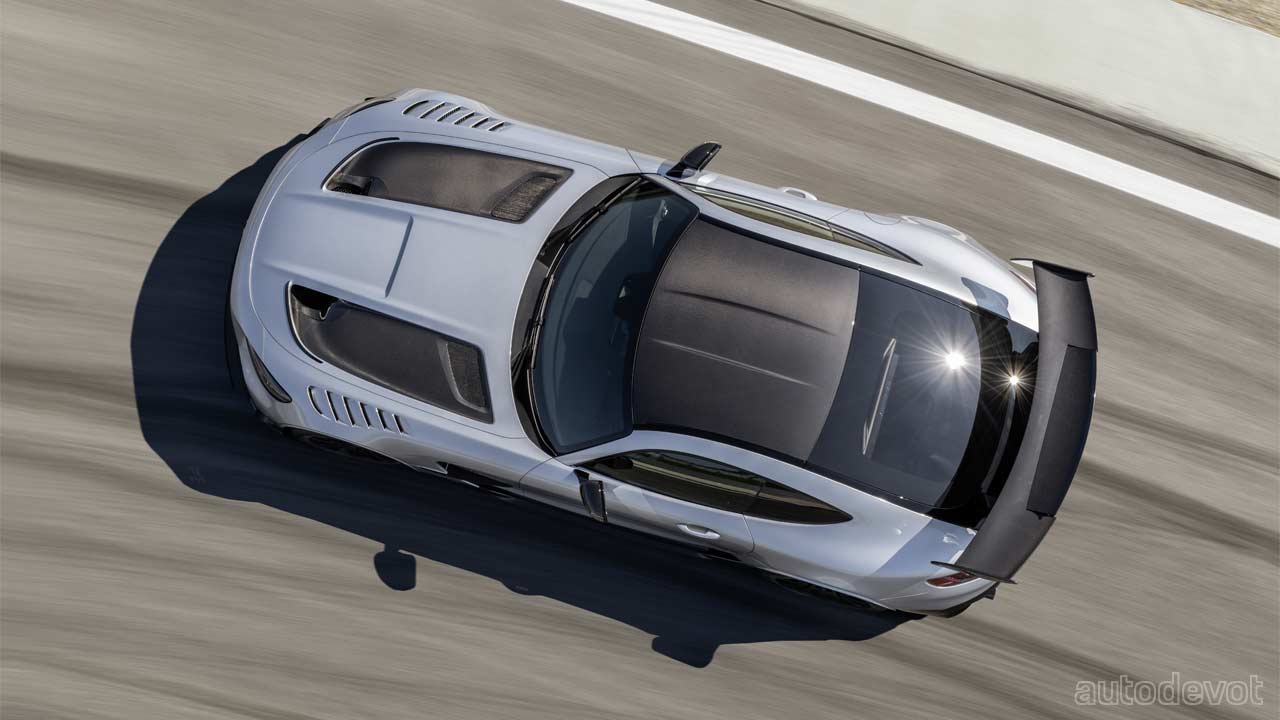 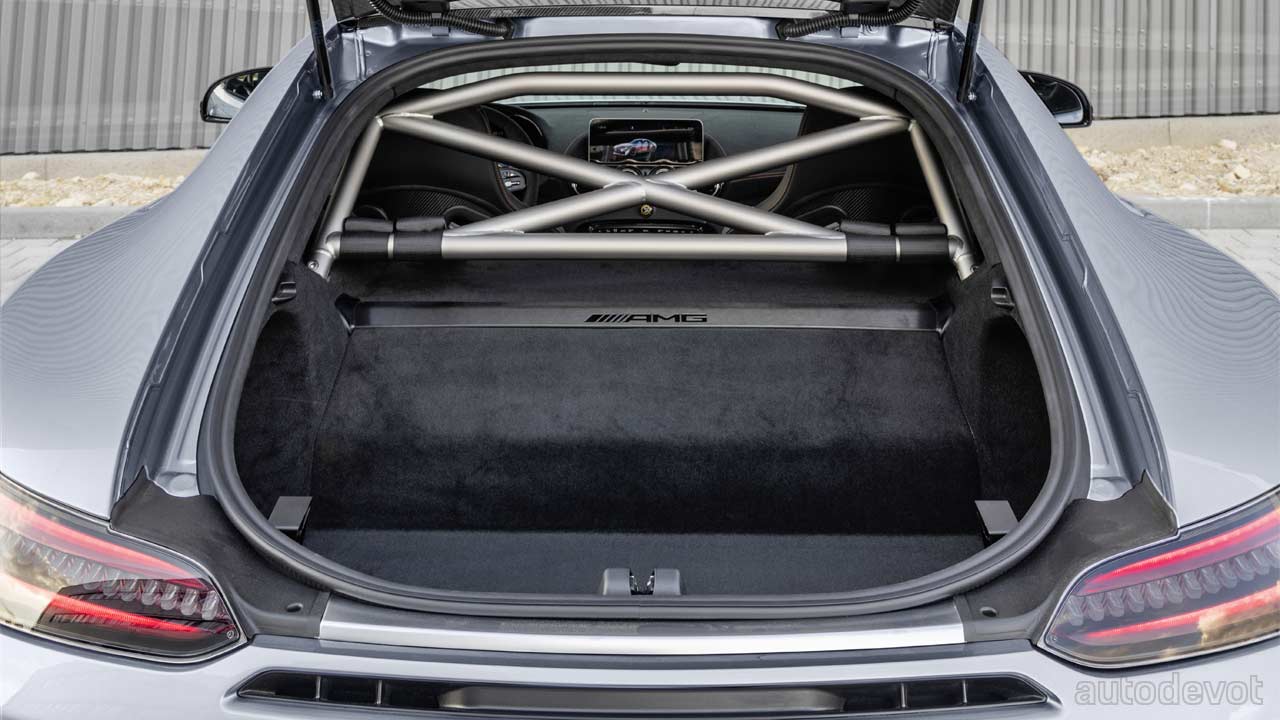 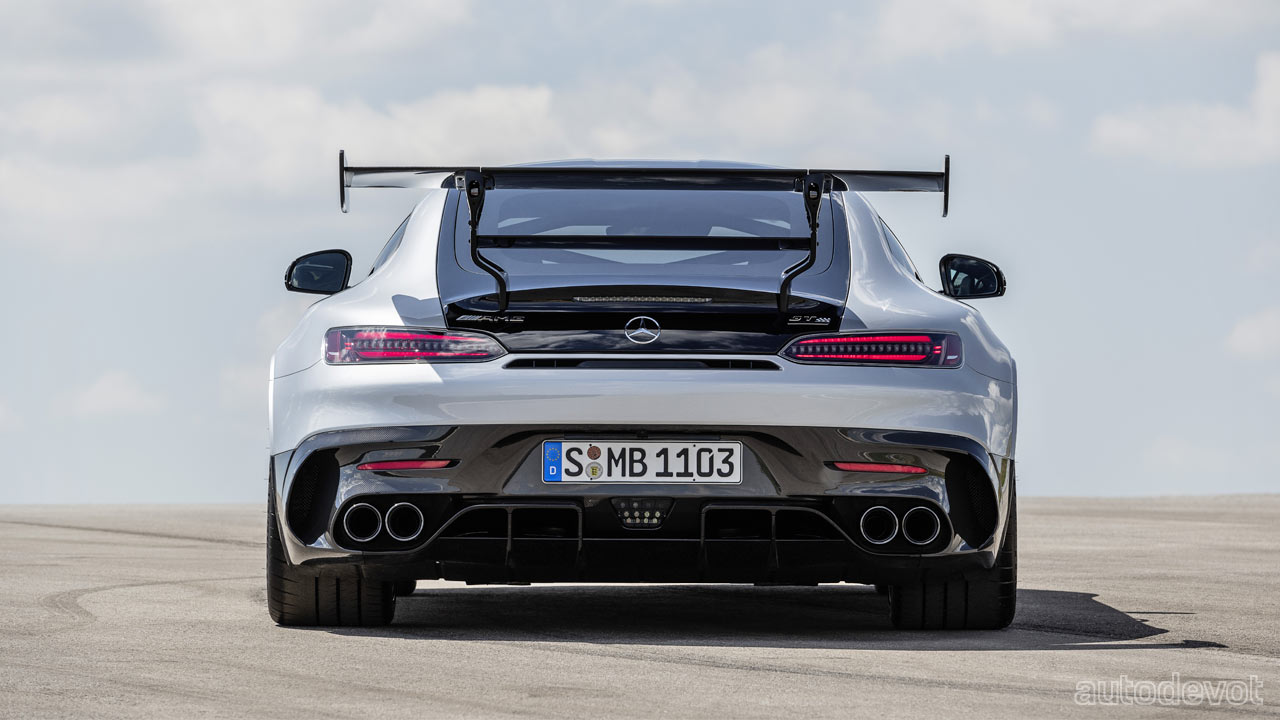 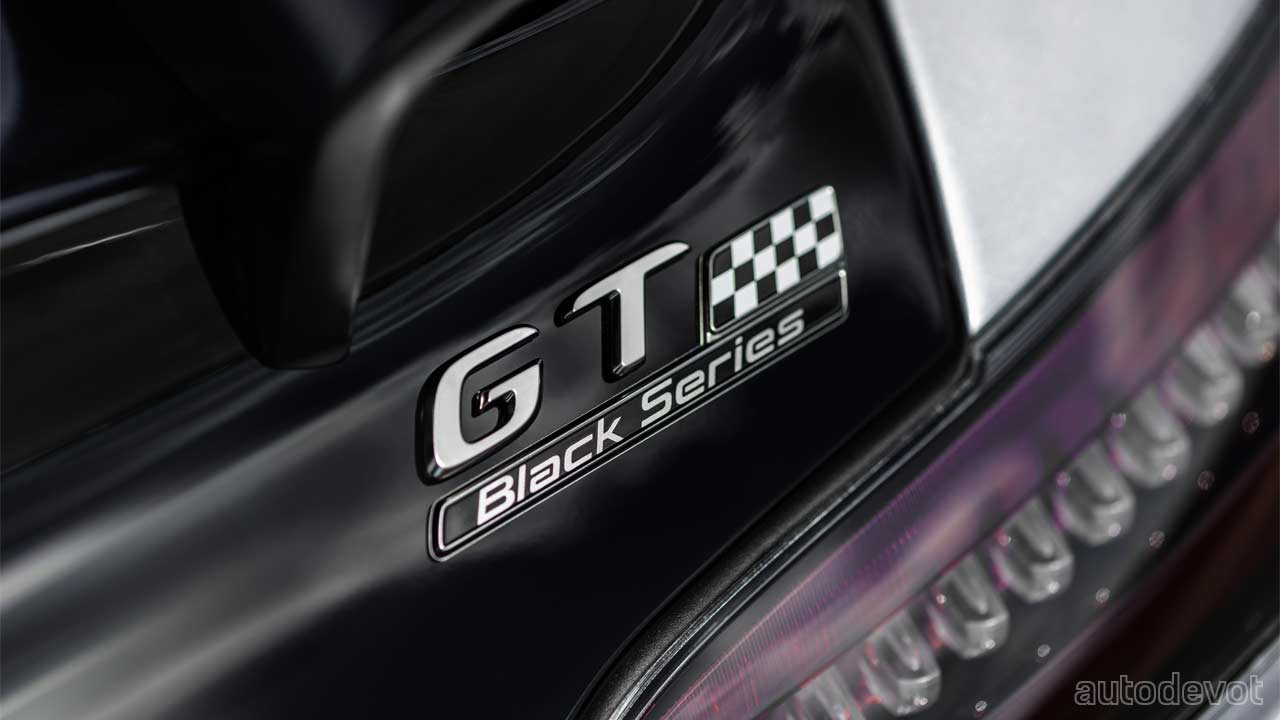 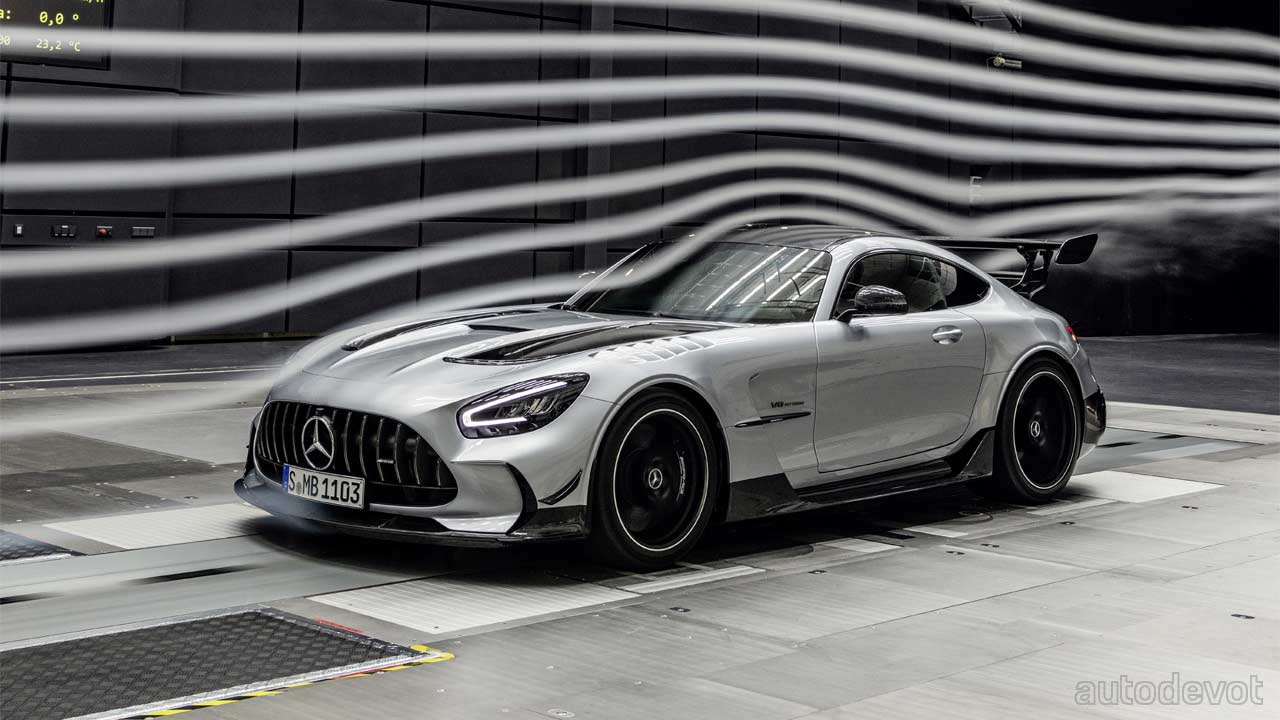 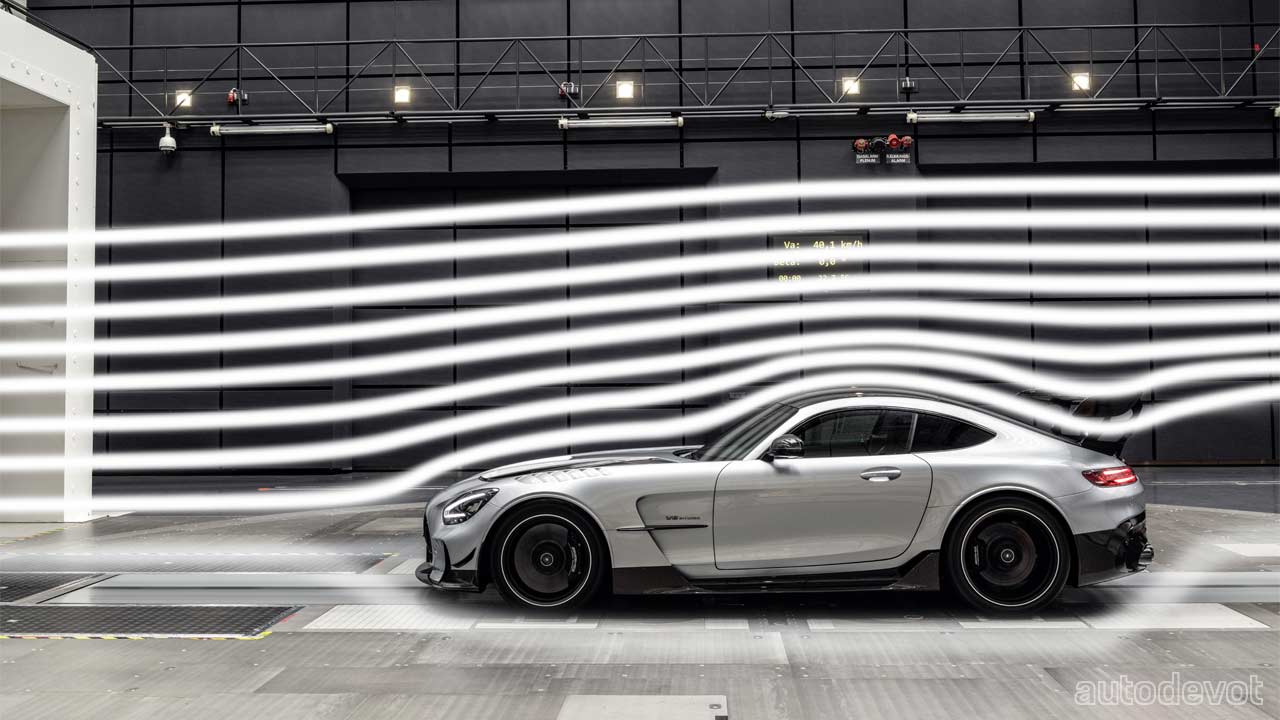 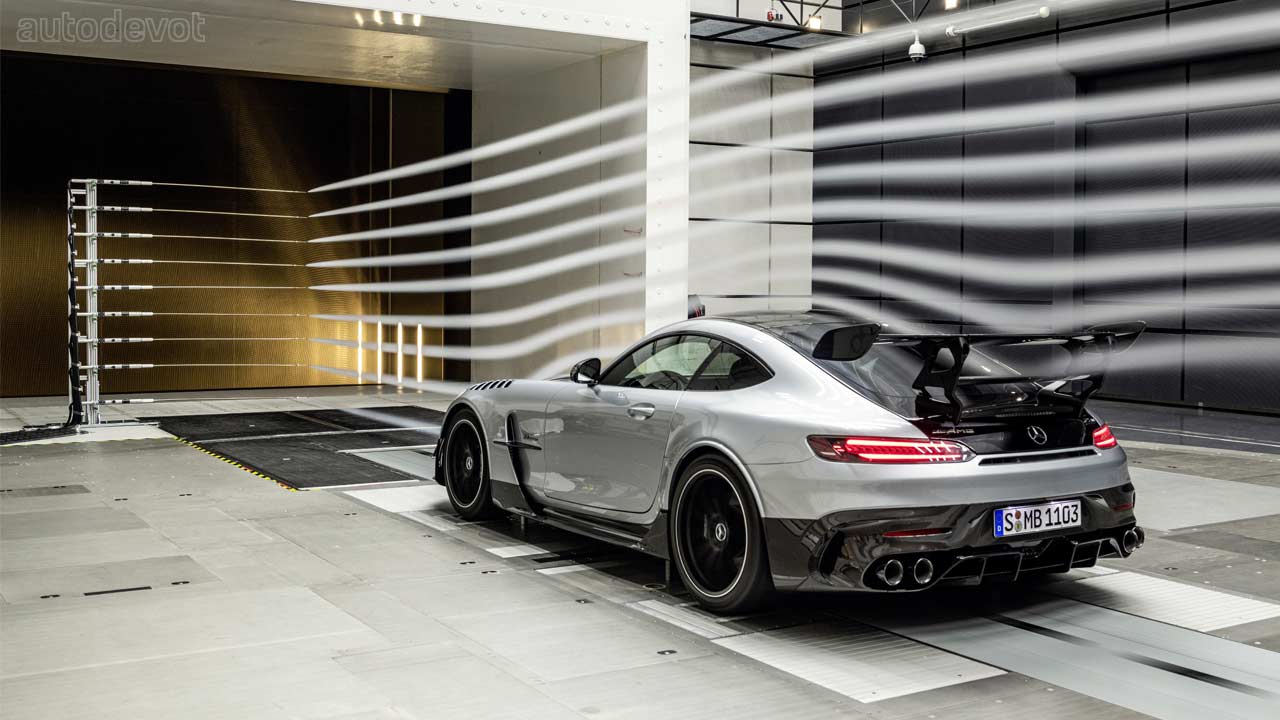