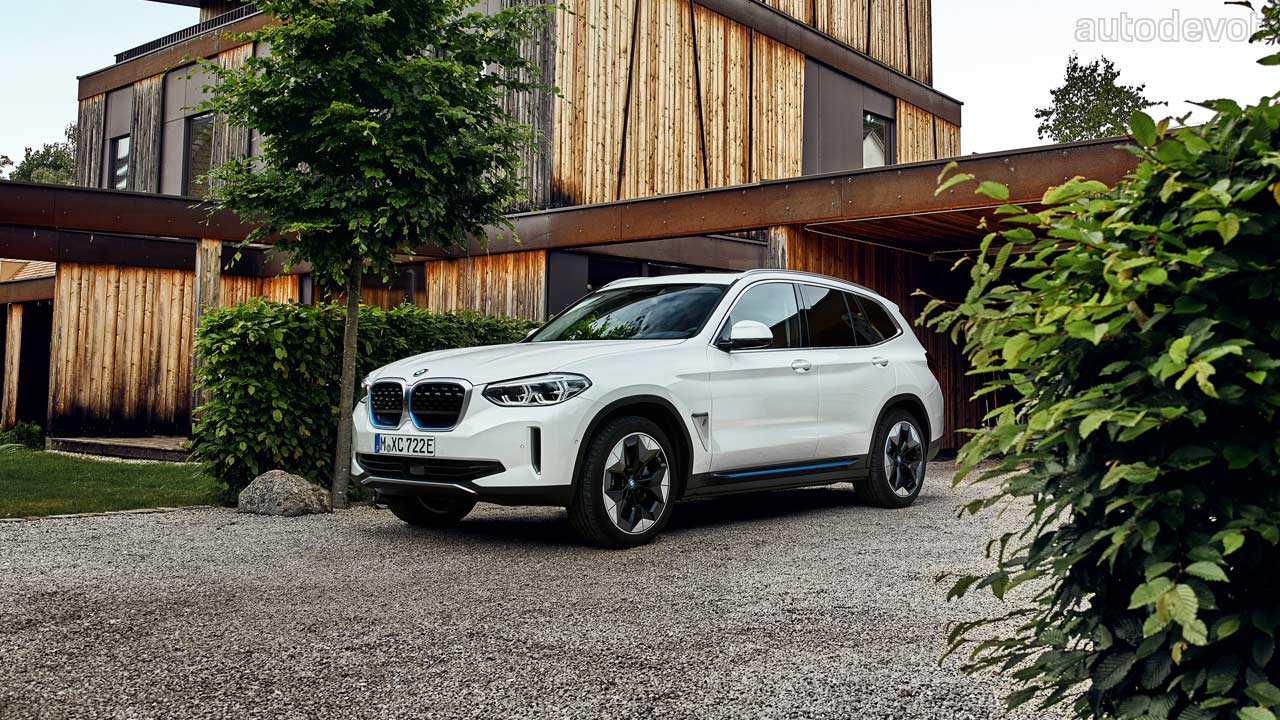 BMW might be a bit late to the all-electric SUV party, but it’s finally here. The first-ever iX3 has made its debut in its production form, more than 2 years after the concept‘s debut in Beijing. As announced previously, it’ll be produced in China at the BMW Brilliance Automotive joint venture’s facility in Shenyang, and will also be exported from China to markets elsewhere.

So, let’s talk a bit about the design. The production model doesn’t look all that different from the concept that we saw in 2018. In fact, the concept itself didn’t look very “concept”-ish, it looked as if it was almost ready to roll off the production line. The final product looks very understated (I mean, boring); unless you specifically tell someone that it is an electric SUV, they would probably think it’s just any other typical BMW SUV. 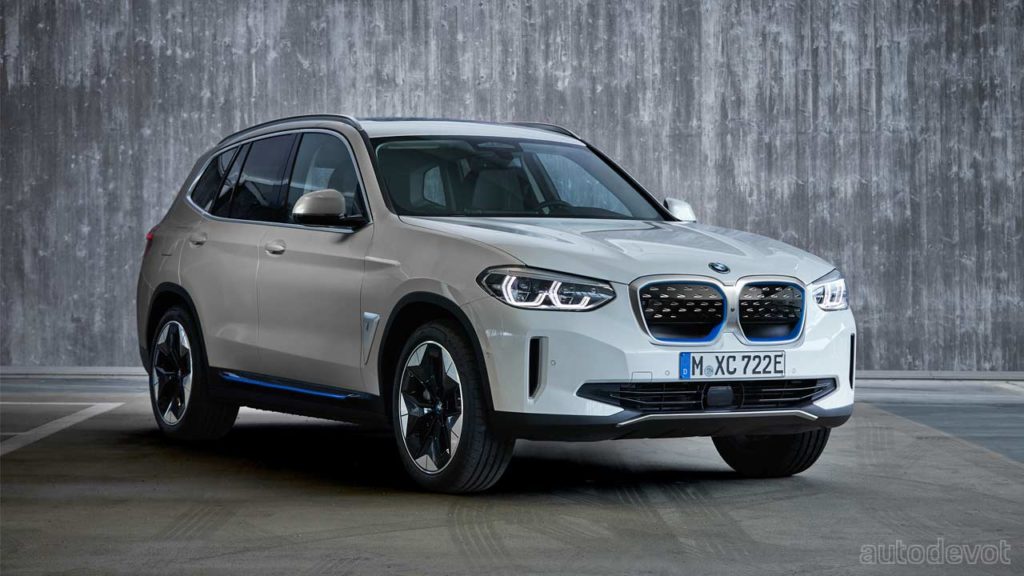 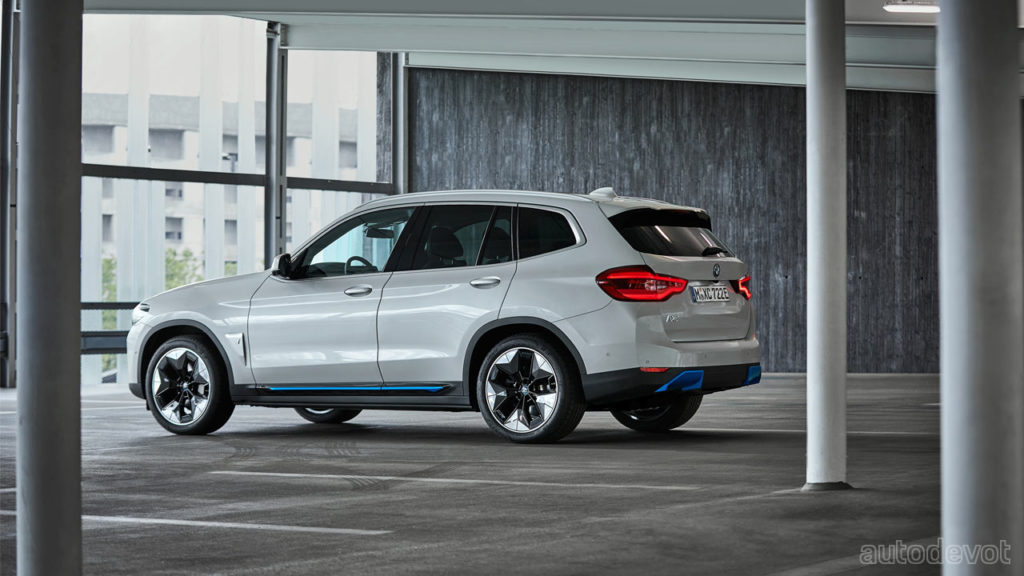 Just like the Audi e-tron SUV, the designers have played it safe by not making the iX3 look dramatically different from the ICE counterparts. Which makes you appreciate the EQC more; it looks significantly different from the GLC or any ICE-powered Mercedes crossovers. However, there are some distinguishing styling elements such as a closed-off Kidney grille, BMW i blue accents, and unique 19-inch aerodynamically optimized wheels. Buyers can opt for 20-inch ones. 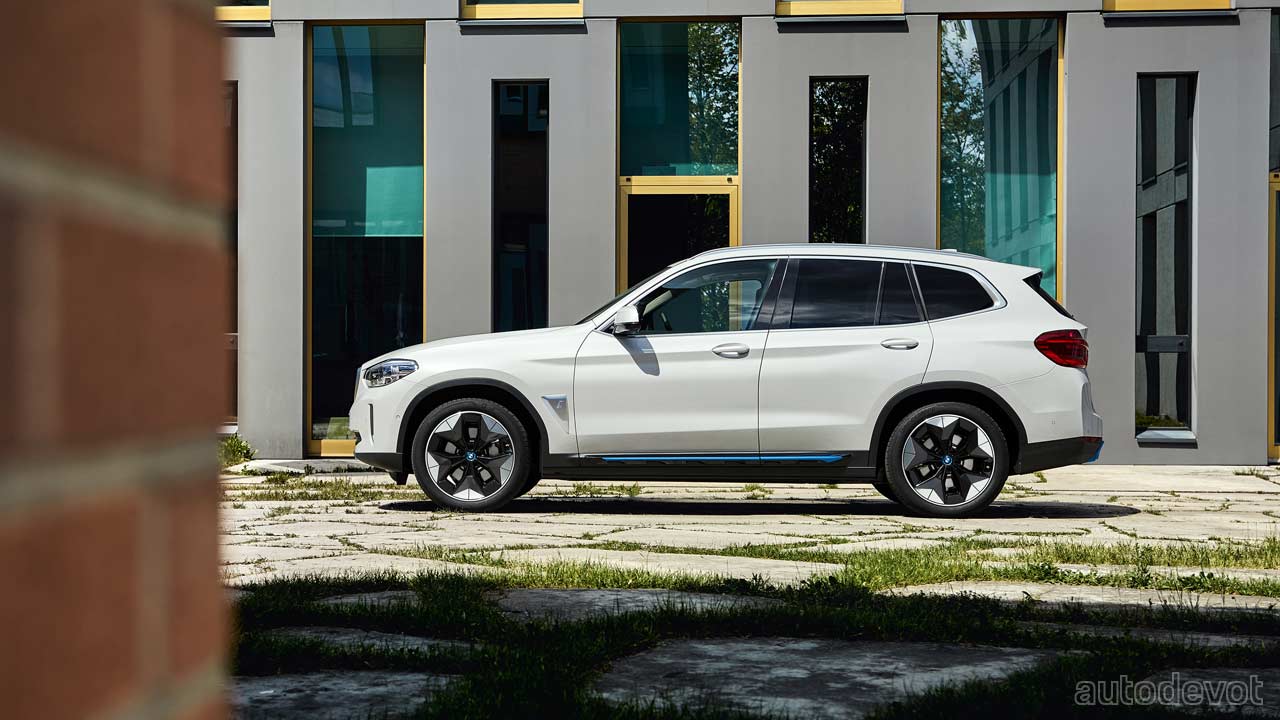 In fact, the wheels are claimed to reduce drag by around 5% compared to the conventional light-alloy wheels and also adds around 10 km (6 mi) of range (WLTP).

The iX3’s aerodynamics and almost enclosed underbody have resulted in a drag coefficient of 0.29 Cd. 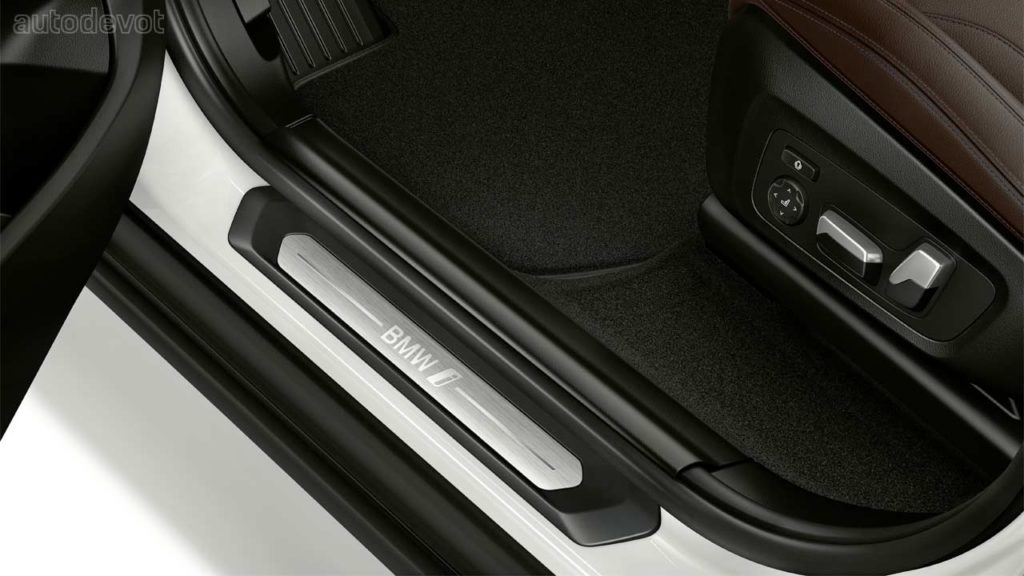 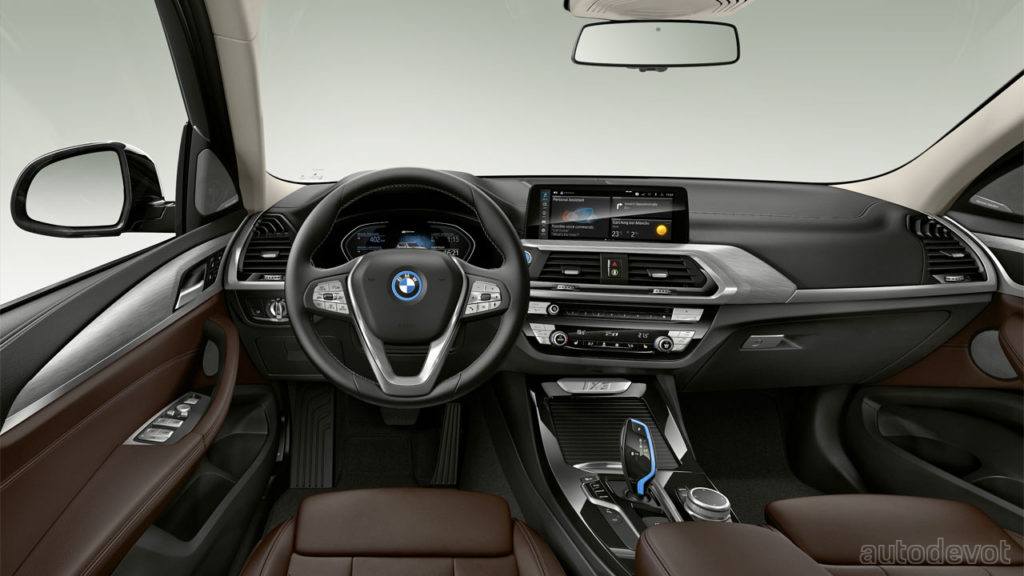 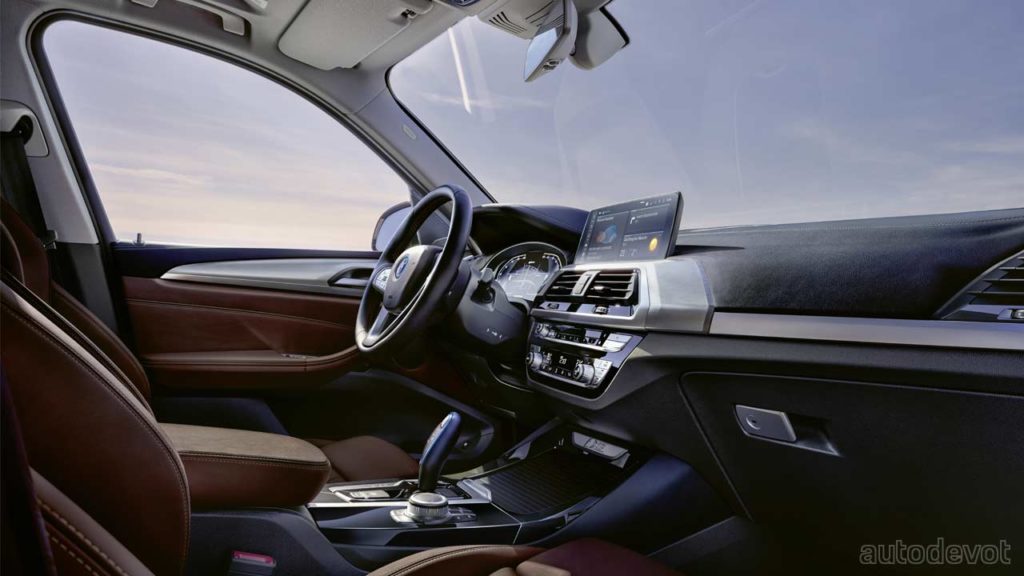 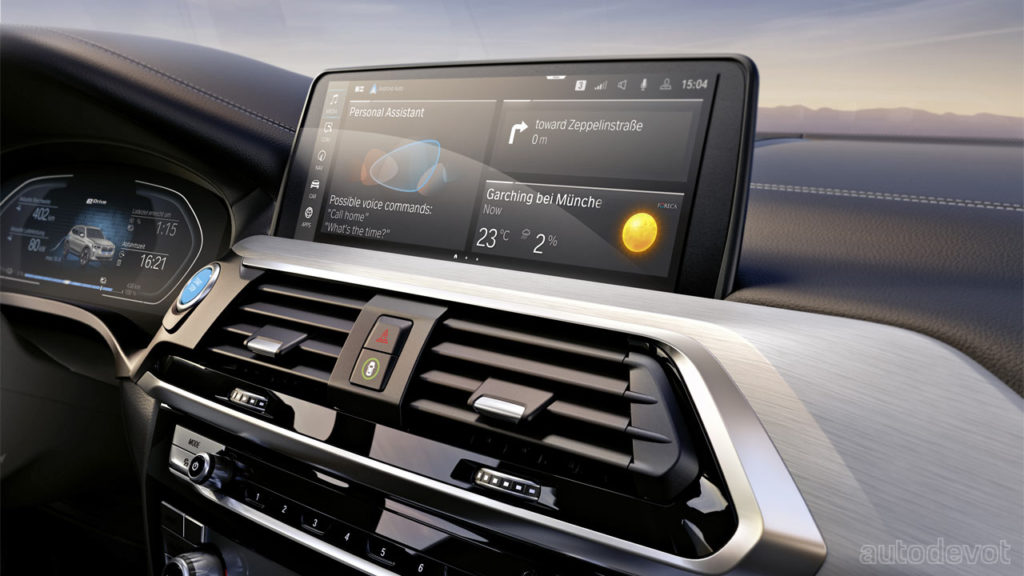 It’s the same story on the inside; things have been kept rather subtle. As a distinguishing feature, there are some blue accents in addition to the model badge on the centre console. As a default setting, the ambient lighting will be in blue.

As standard, the iX3 is equipped with adaptive suspension featuring electronically controlled dampers. Adaptive M suspension with sporty damper tuning can be added at a later date as an over-the-air update. 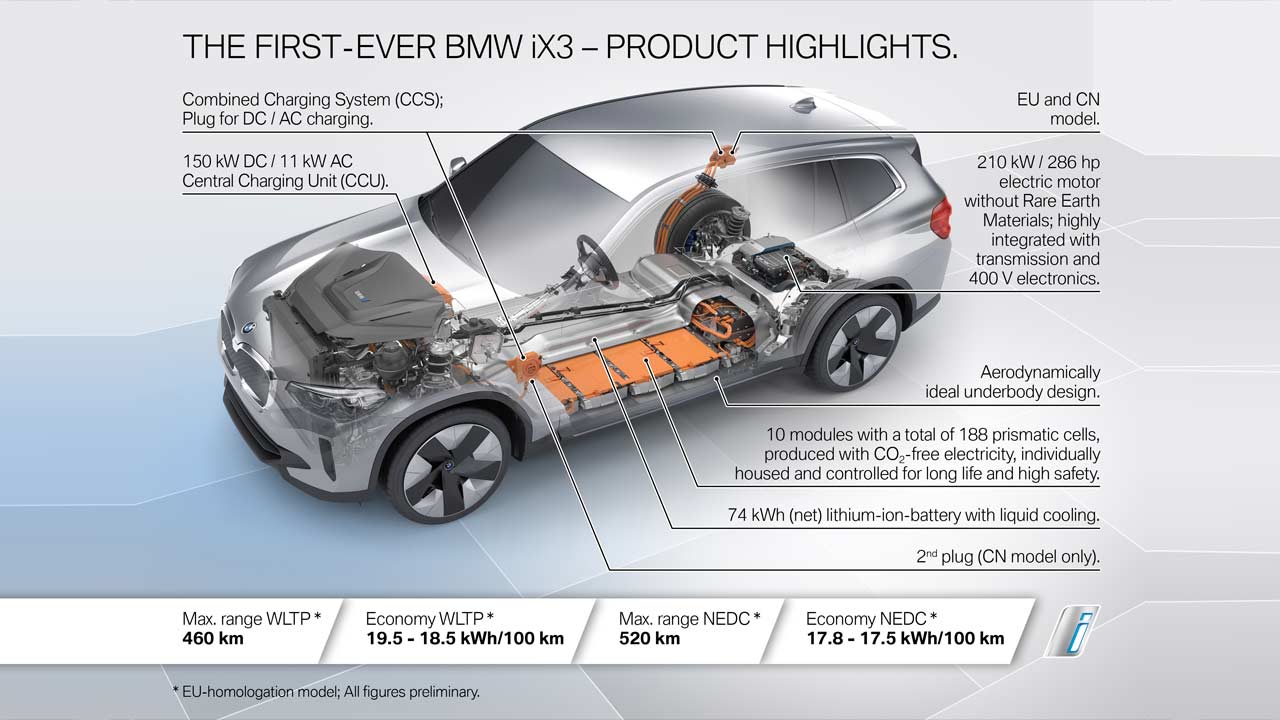 Moving on to the business end of the story, the iX3 is powered by BMW’s 5th generation eDrive system. The motor is at the rear as shown in the infographic above; it develops a maximum of 210 kW (285 hp) and a peak torque of 400 Nm (295 lb-ft). 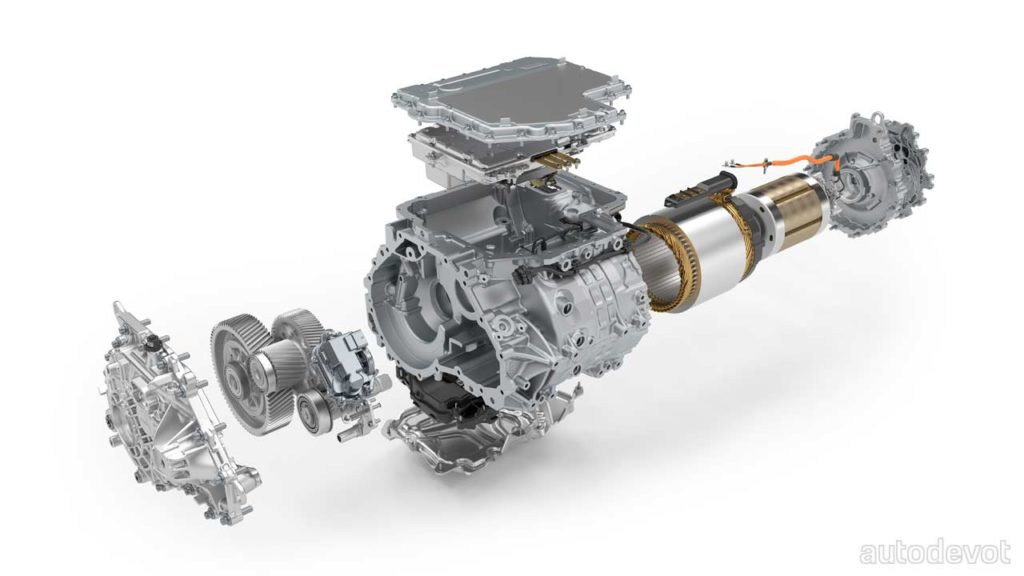 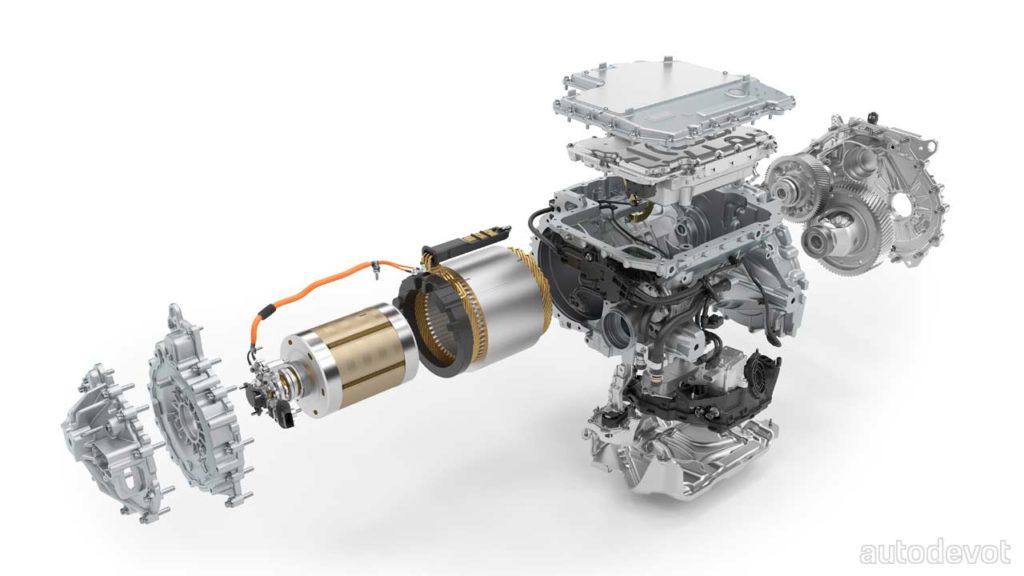 Here’s an interesting bit. The Start/Stop sound in the iX3 is composed by Hans Zimmer.

As for charging, the iX3 is equipped with Combined Charging Unit (CCU) that enables various charging options. With AC terminals, the CCU enables single-phase charging at up to 7.4 kW and three-phase charging at up to 11 kW. When it comes to DC fast-charging, the iX3’s battery is capable of getting charged from outputs of up to 150 kW. A DC fast-charging station can replenish the battery from 0 to 80% of its full capacity in 34 minutes, BMW said.

Market launch will begin in China later this year. 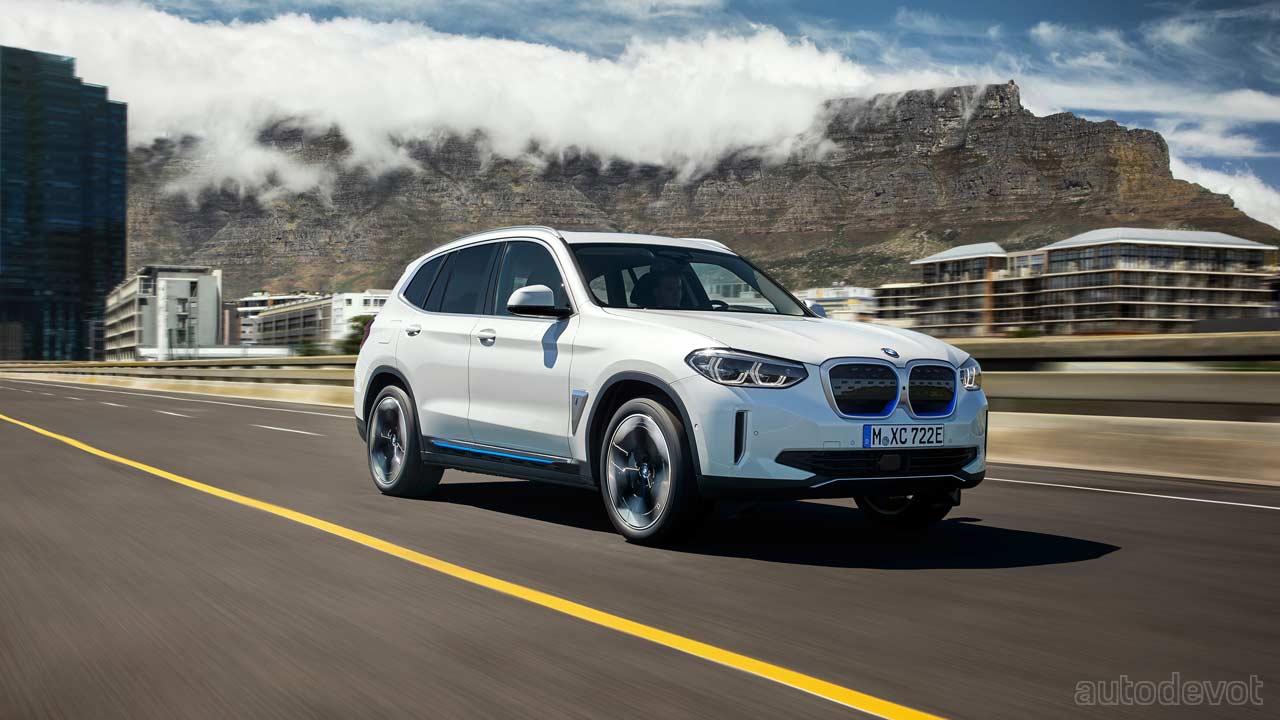 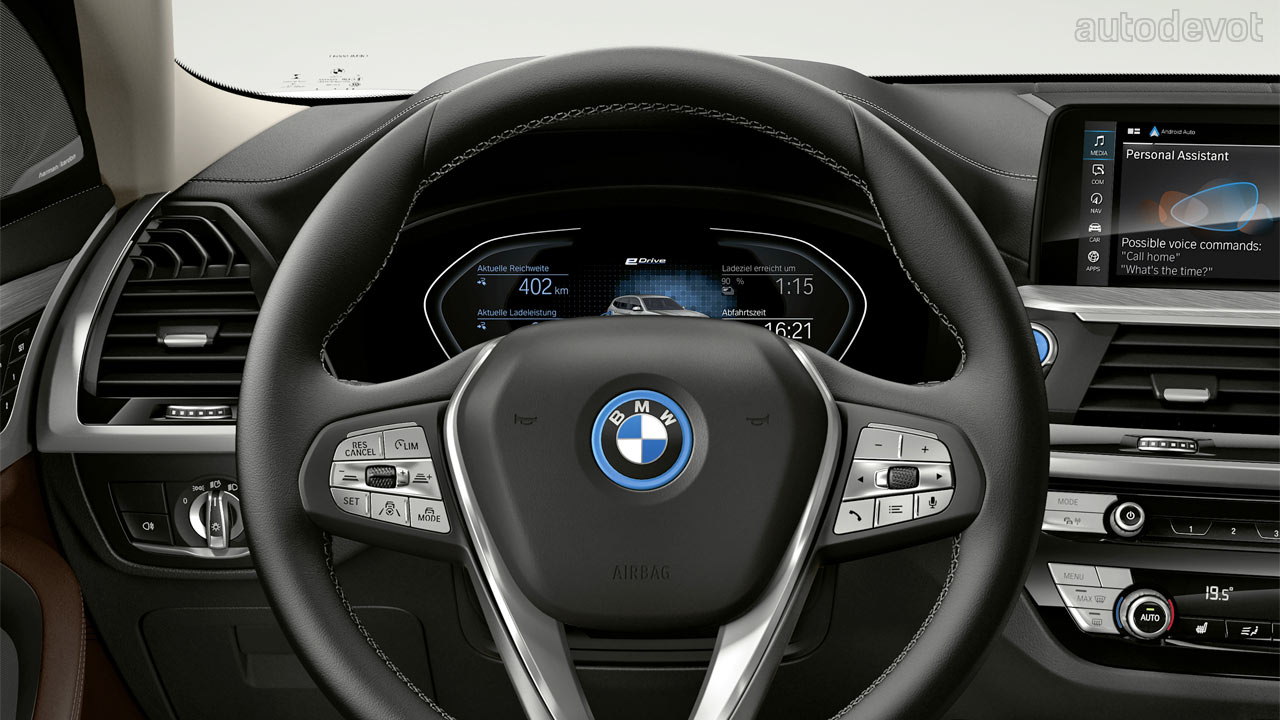 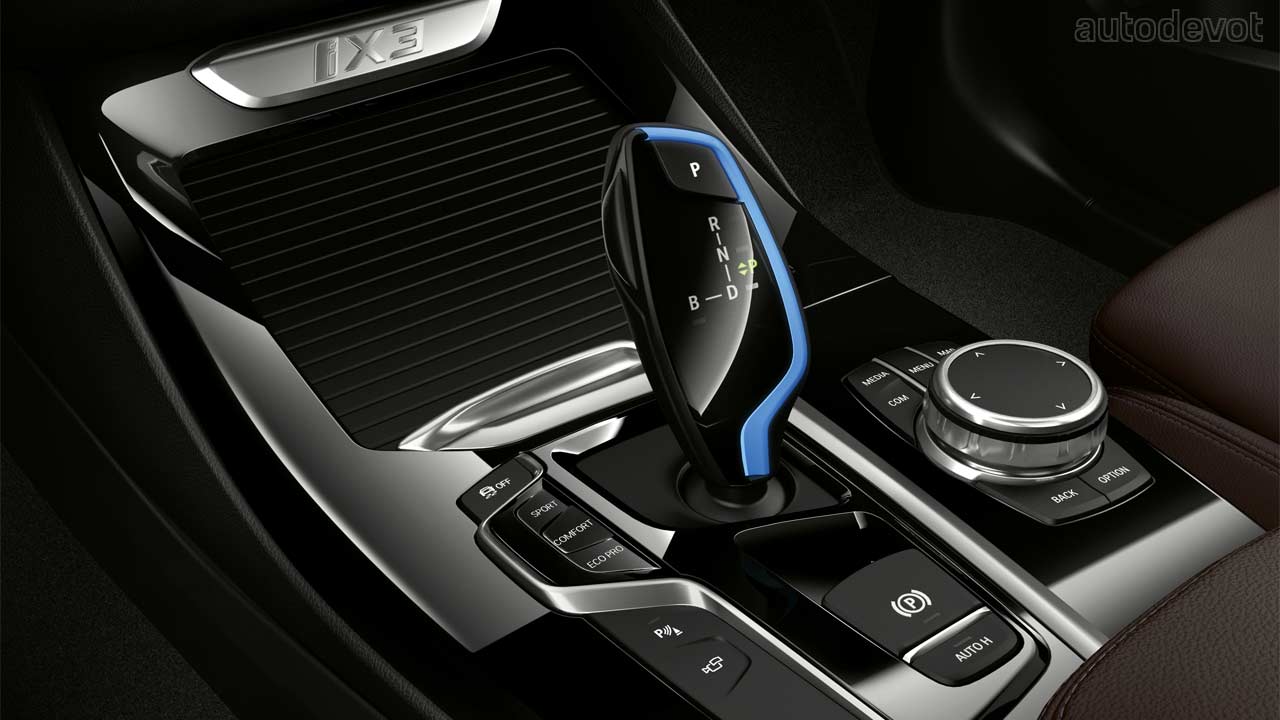 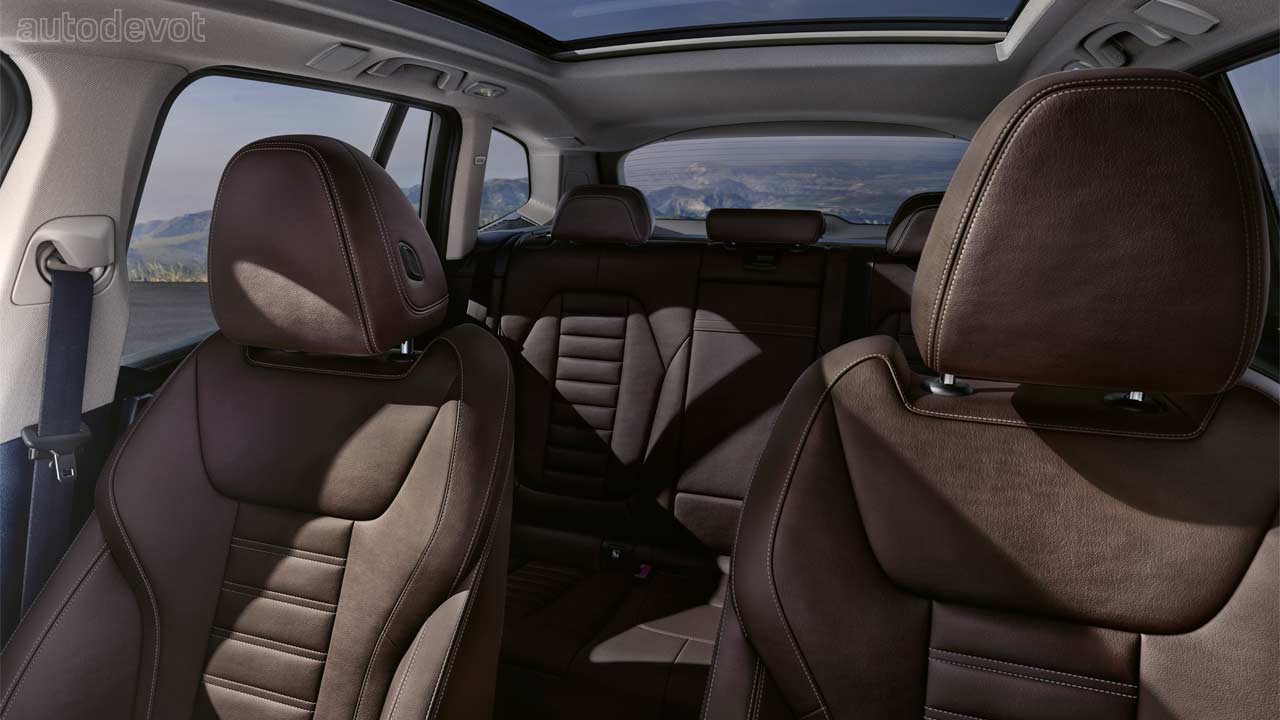 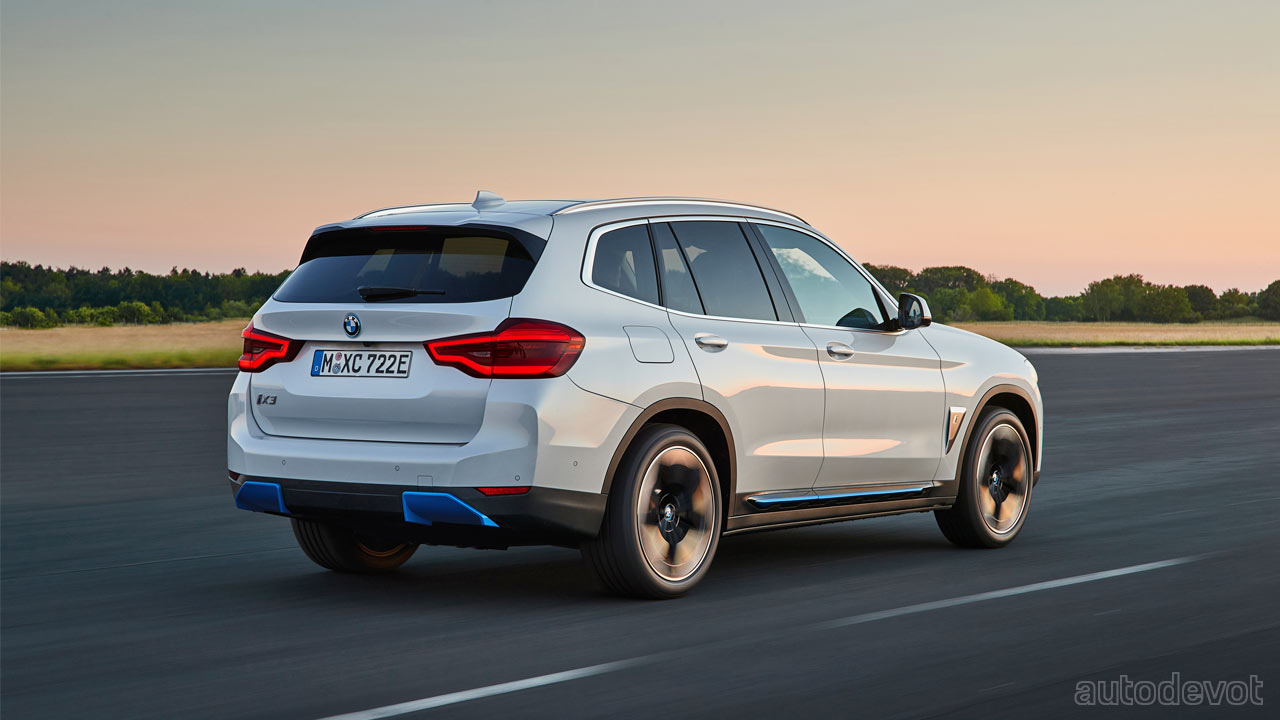