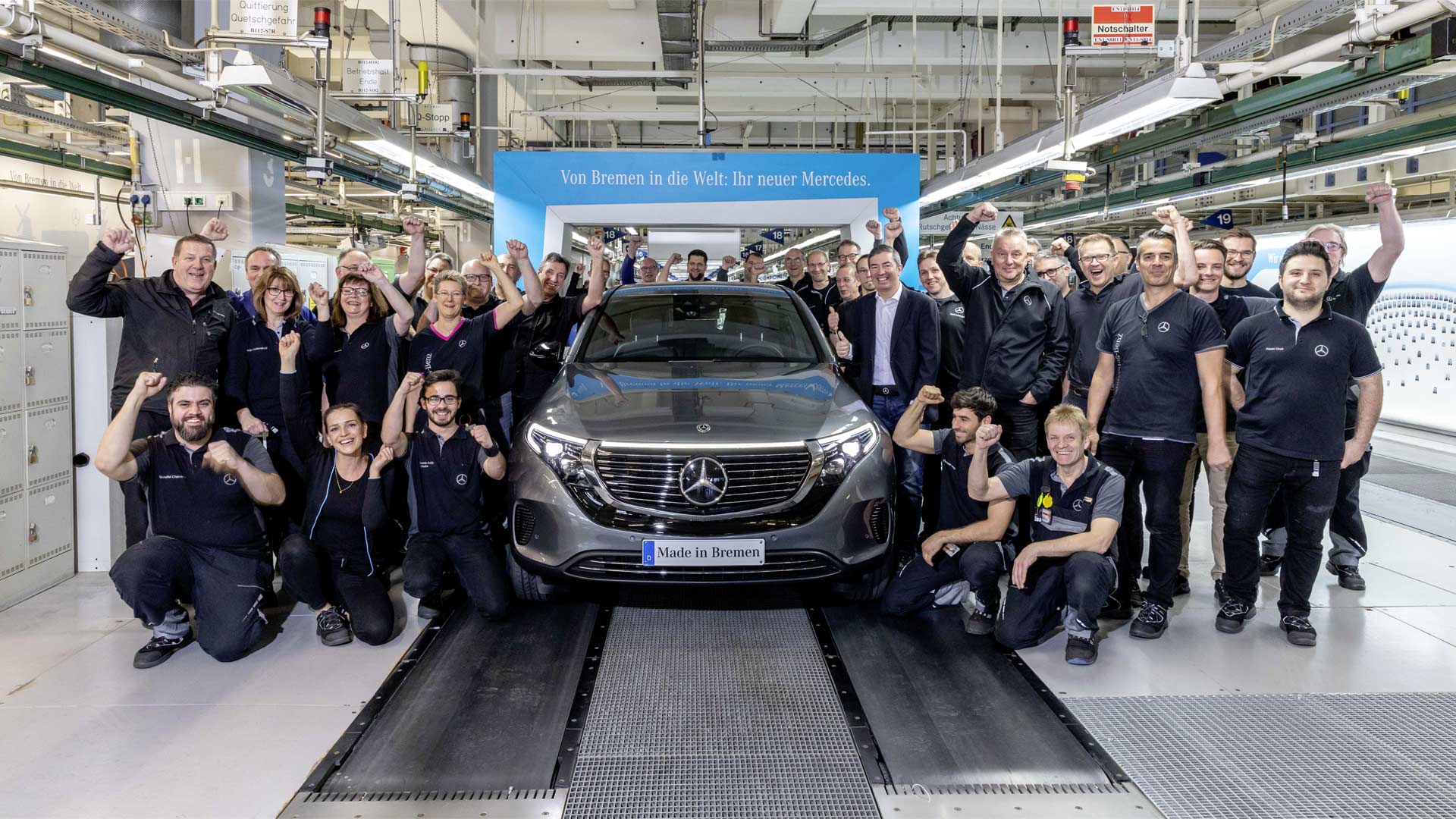 Mercedes-Benz is happy to announce that the first EQC has rolled off the production line in Bremen. The all-electric crossover is being produced on the same line as the C-Class Saloon and Estate as well as the GLC and GLC Coupé.

This approach according to Mercedes, is an ideal way to ensure the best possible use of capacity at the plant, and the production of vehicles with various drive systems can be efficiently adapted in line with market demand.

When the body, suspension and powertrain come together in an automobile assembly, it is referred to as the “marriage”. As for the all-electric EQC, the crossover will have “double marriage”. The first one is when the two powerpacks are mounted onto the body, and the second one is at the so-called battery joining centre. This is where the EQCs are recognized as electric models with the help of data tags attached to the body, and equipped with a battery.

Alongside Bremen, the Sino-German production joint venture Beijing Benz Automotive Co. Ltd. (BBAC) will start production of the EQC this year, for the local market in China. As it does for the C-Class and the GLC, Bremen acts as the centre of competence for production of the EQC in other locations. Other production locations for future Mercedes-Benz EQ models are the Mercedes-Benz plants in Rastatt (Germany), Sindelfingen (Germany), Tuscaloosa (USA) and Hambach (France).

The batteries for EQC production in Bremen are produced by Daimler subsidiary Accumotive at its site in Kamenz (near Dresden) and delivered partly charged. These batteries are kept near the production line and then delivered to the line on demand using driverless transport systems.

In all, the company will be investing over a billion euros in global battery production with two factories each in Kamenz/Saxony and Stuttgart-Untertürkheim (Germany), and one each in Sindelfingen (Germany), Beijing (China), Tuscaloosa (USA), Jawor (Poland) and Bangkok (Thailand).

Prices for the Mercedes-Benz EQC starts at €71,281 (including 19% VAT) for the base version. Its net basic price of less than €60,000 makes it eligible for an environmental bonus in Germany – regardless of individual equipment.