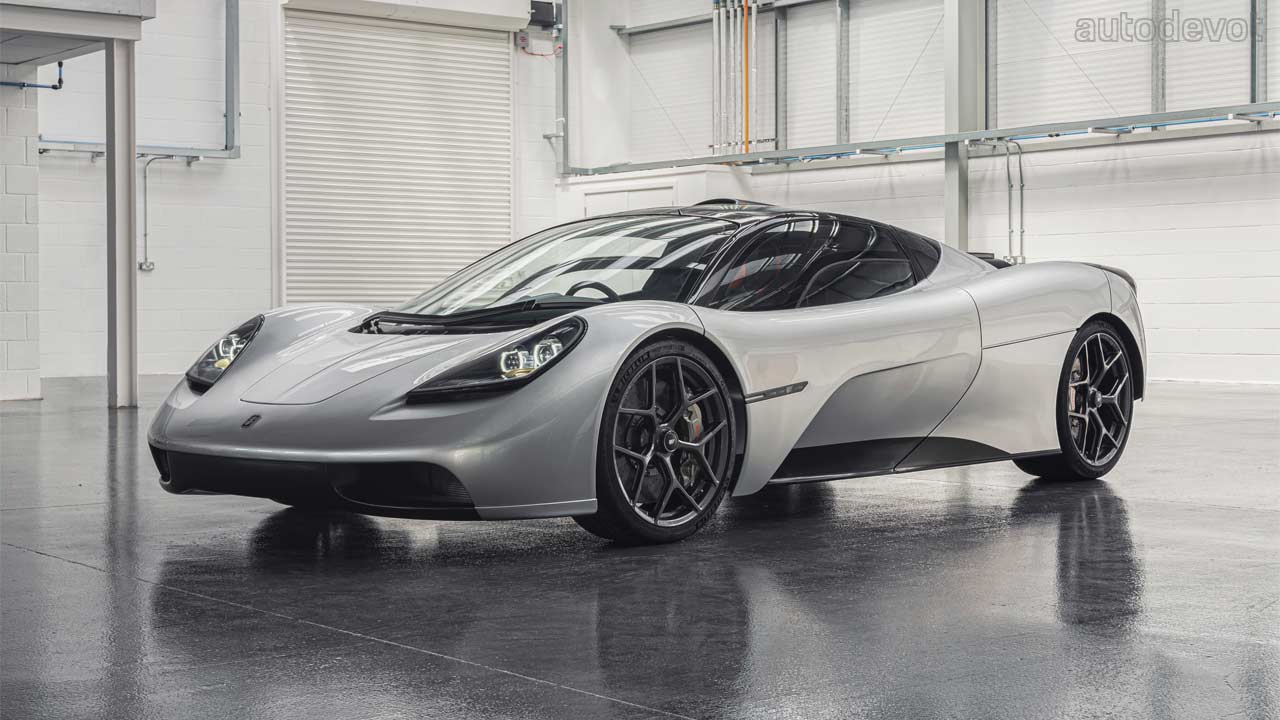 The first thing that comes to your mind is, “if the McLaren F1 had a baby, this is exactly how it would look like”. Well, you’re not wrong. This is in fact, the new baby of Gordon Murray — the man who created the McLaren F1. Just like any great father, Murray wasn’t happy about certain flaws the F1 had and he wanted to improve it somehow, and that’s how the T.50 was born.

It’s an old-school hypercar with a naturally aspirated V12 engine paired with a manual transmission that many dream of, but we’ll get to that in a minute. Firstly, the “50” in the name represents the 50th in a line of race and road cars he’s penned over his illustrious 50-year career. 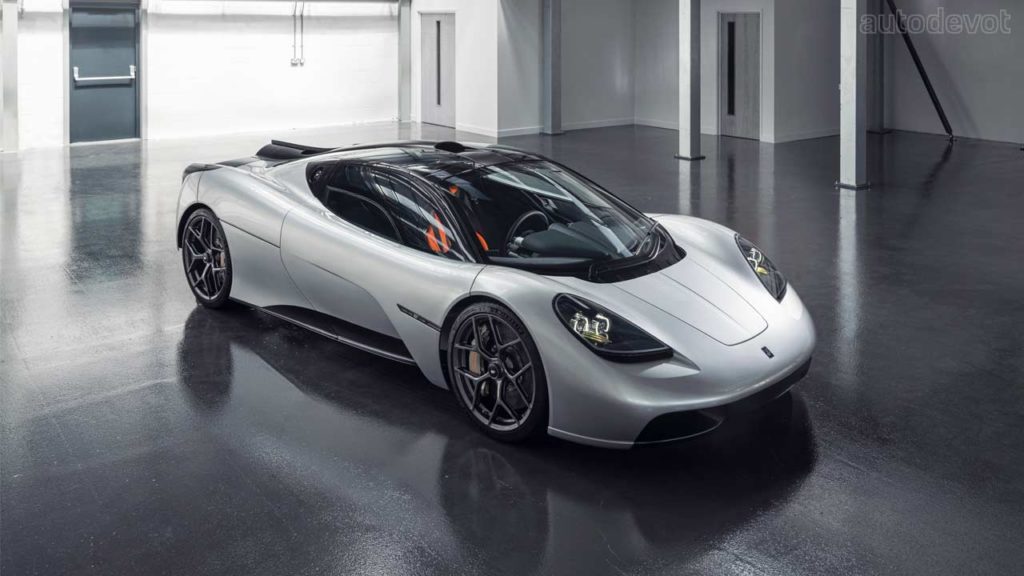 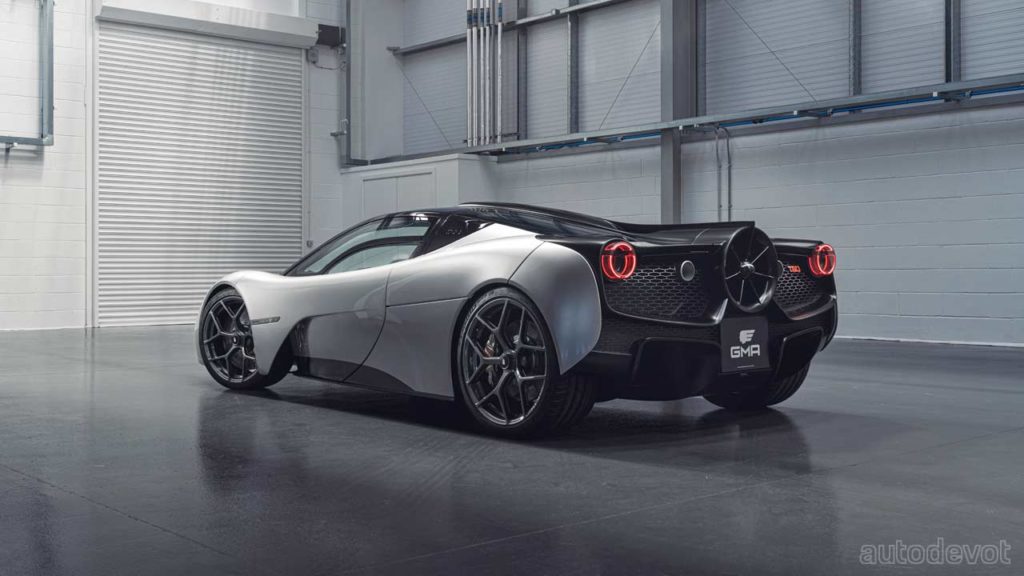 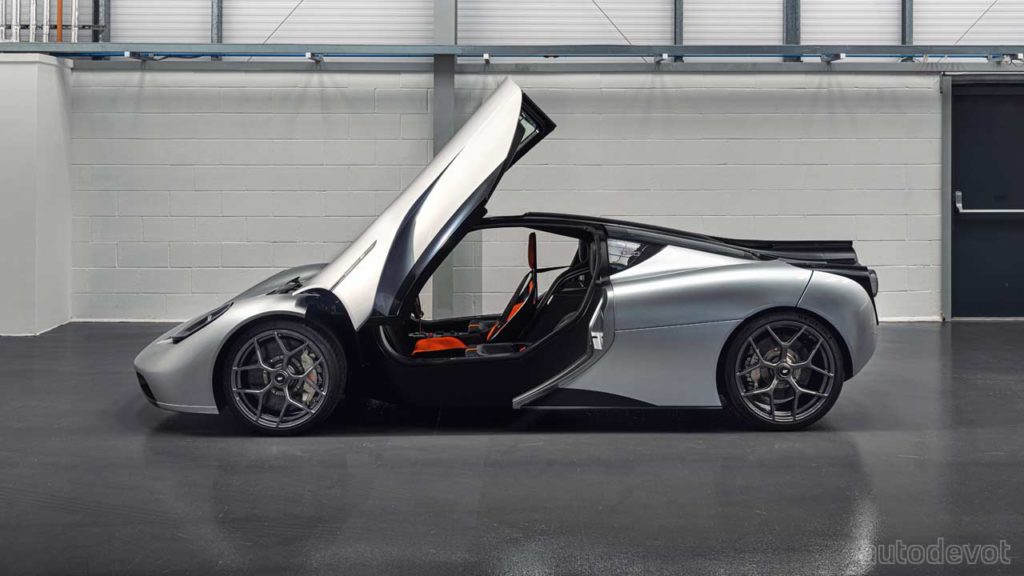 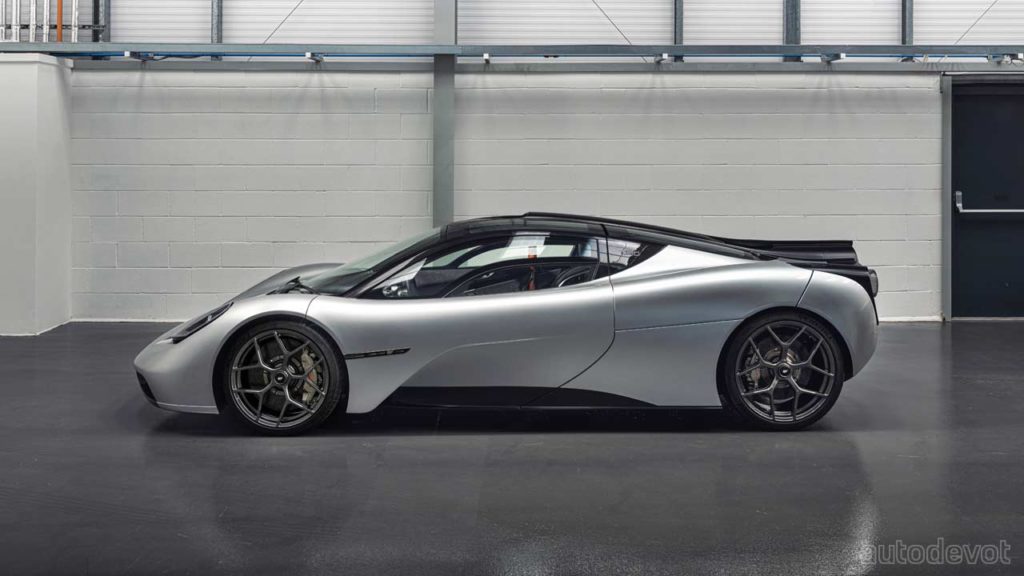 The design is super clean, especially at the front and side profile, free from screaming gaps, gapes, canards, skirts and whatnot. The air intakes have been neatly camouflaged in that black applique at the front and also just under the headlights. Also, notice that there are no traditional wing mirrors. The rear-end, although there’s a ground-effect fan, looks relatively cleaner when compared to that of other modern hypercars, especially when you consider that simple-looking diffuser. 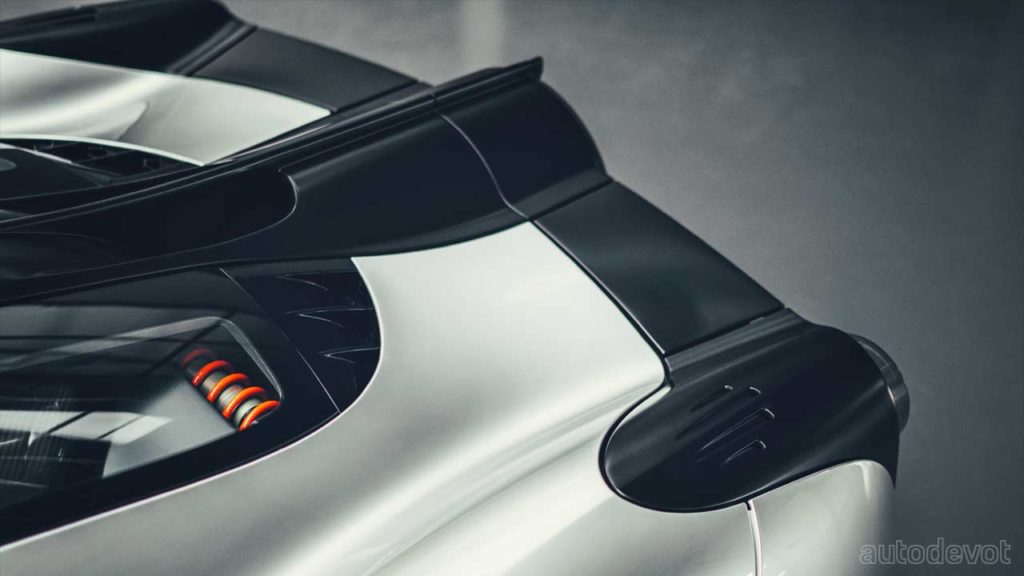 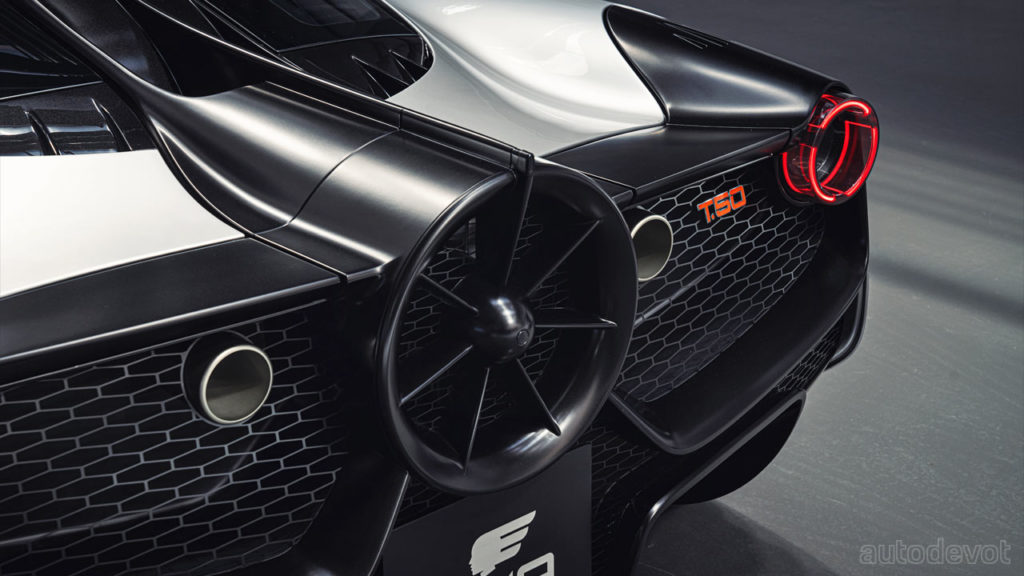 Also, there are active spoilers on either side of the 400 mm fan outlet. Flanking the fan body are 80 mm exhaust outlets that sit within a black grille featuring an elongated-hexagon pattern that spans the full width of the rear-end. The car also features active underbody aerodynamic elements that work with the aforementioned fan and spoilers.

To achieve unmatched aerodynamic performance, the car’s rear-mounted 400 mm fan rapidly accelerates air passing under the car, forcing it through active boundary-layer control ducts that form part of the rear diffuser. Through the application of two automatic and four driver-selectable aero modes, the T.50 is capable of increasing downforce by 50%; reducing drag by 12.5%; adding around 50 hp to the car’s output in combination with ram-air induction, and cutting the braking distance by 10 metres from 150 mph (241 km/h).

The fan is driven by a lightweight 48-volt starter-generator, and can spin up to a maximum of 7,000 rpm. The unit’s design and underbody ducting does away with the need for a ‘skirt’ – like that used by Murray’s Formula One BT46B fan car (for Brabham). 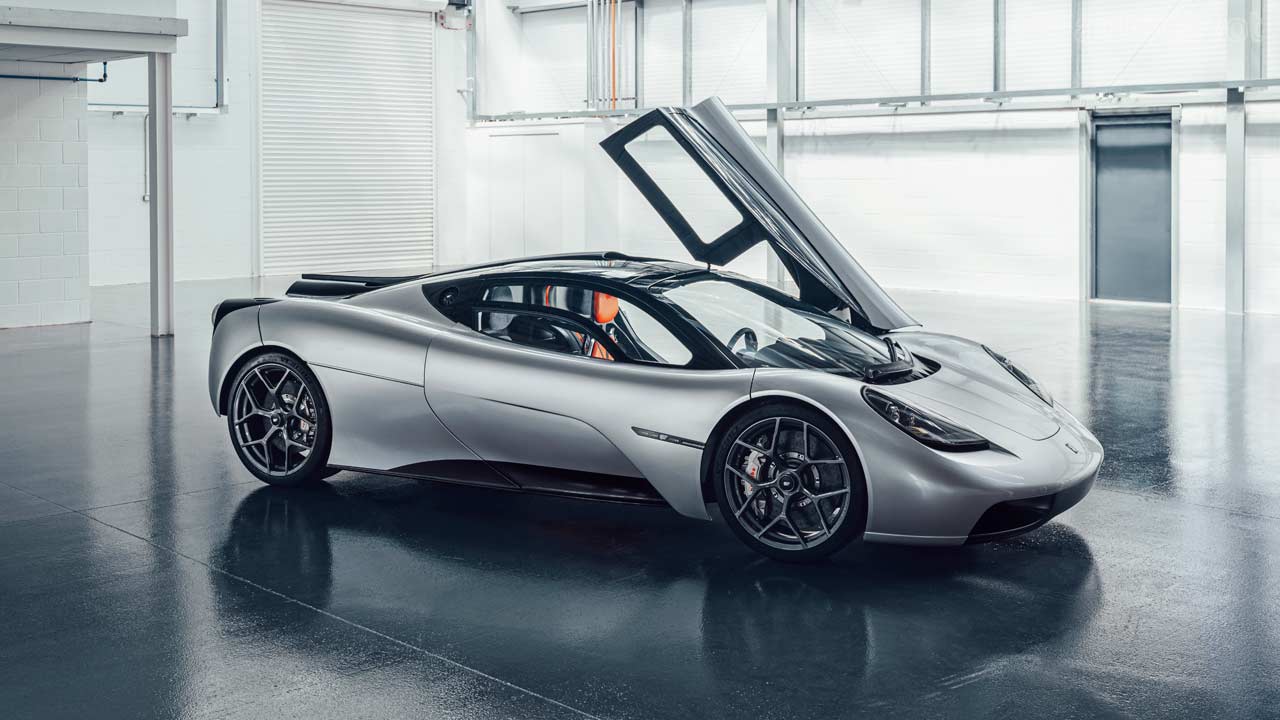 The T.50 also boasts compact dimensions for everyday usability, similar to that of a Boxster/Cayman or any compact SUV for that matter. It measures 4,352 mm long and 1,850 mm wide, and offers up to 288 litres of storage space. The car rides on forged aluminium alloy wheels measuring 19-inch at the front and 20-inch at the rear, shod with Michelin Pilot Sport 4S tyres. Braking duties are handled by Brembo carbon ceramic discs measuring 370 mm x 34 mm at the front and 340 mm x 34 mm at the rear.

The chassis and body panels are, of course, made from carbon fibre. According to Murray, the body including monocoque weighs less than 150 kg (<330 lbs). The forged aluminium suspension components further cut down unsprung mass. 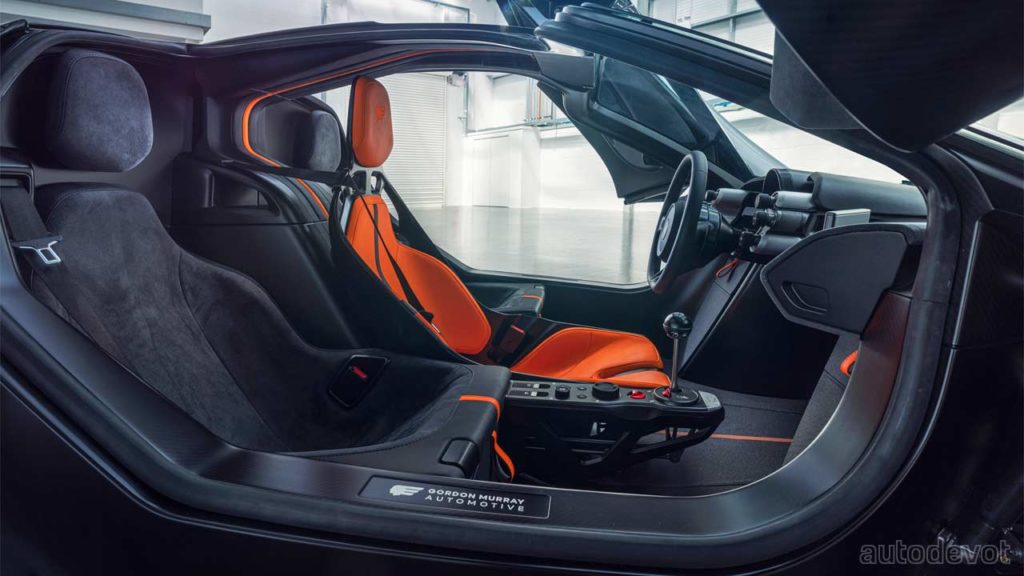 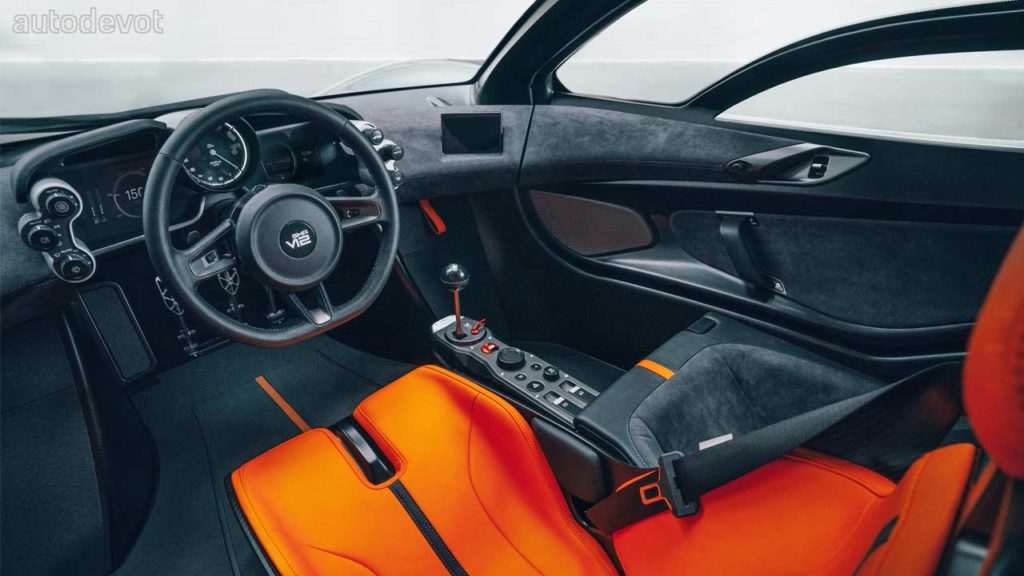 In the cockpit, the central driver seat stands out, literally, with a bright contrasting colour. The three racing-inspired seats made from carbon fibre, have a combined weight of about 13 kg (29 lbs). The analogue tachometer is flanked by digital displays on either side. Also, there are displays on either end of the dashboard for the cameras that replace the traditional wing mirrors. 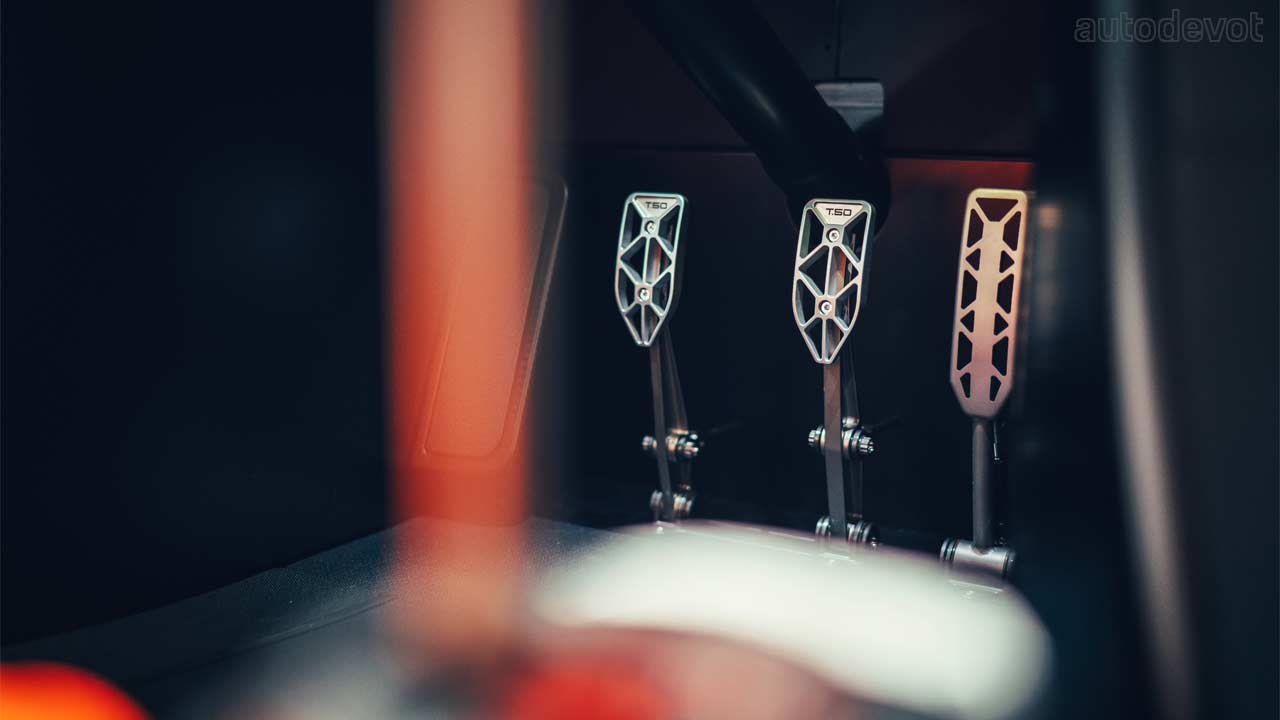 The pedals are a work of art. Milled from solid aluminium with laser-etched T.50 logo, the clutch and brake pedals feature a web-like pattern to cut down weight and also to provide an anti-slip surface. The accelerator pedal, however, is crafted from solid titanium to deliver even lighter and strongest pedal. 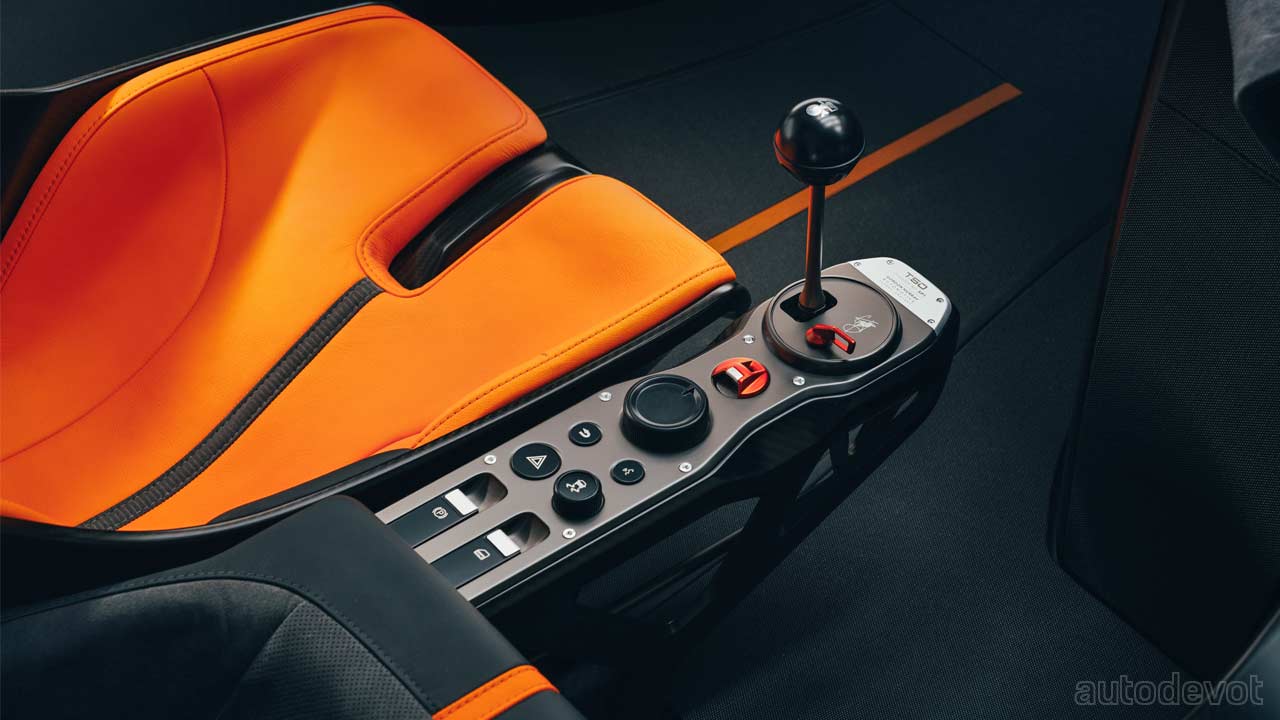 Powertrain
Moving on to the business end of the story, Murray has teamed up with Cosworth for a bespoke engine for the T.50. Just to remind, Cosworth also built a N/A V12 engine for the Valkyrie. The T.50’s 3.9-litre V12 is claimed to be the world’s lightest (178 kg/392 lbs), highest-revving, most power-dense naturally-aspirated road car engine. It revs up to 12,100 rpm. More info here. 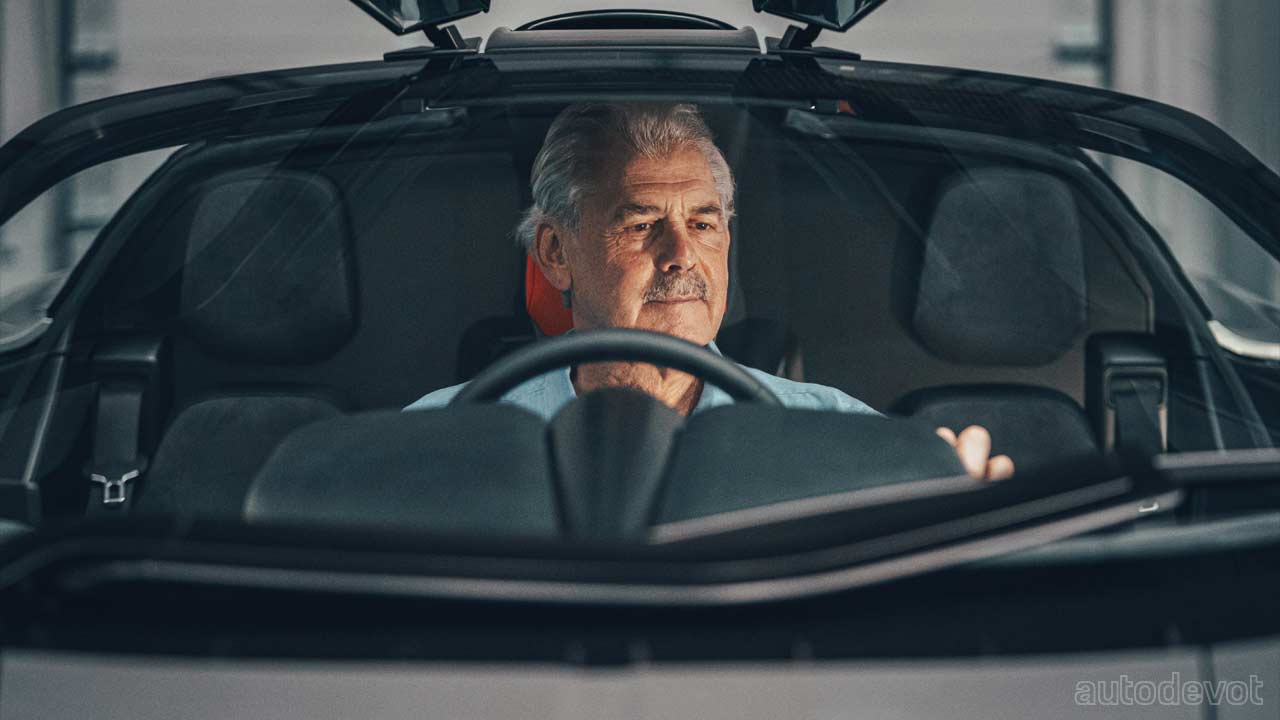 Professor Murray plans to produce only 100 units of T.50 with each carrying a price tag of £2.36 million plus taxes. Production is expected to begin in January 2022.

Just 100 customers will share my vision, a car created to improve on the F1 formula in every conceivable way. With 30 years of technological and systems advancement, now, the time is right to design the greatest analogue driver’s car. I believe no other company could deliver what we will bring to market in 2022. – Murray 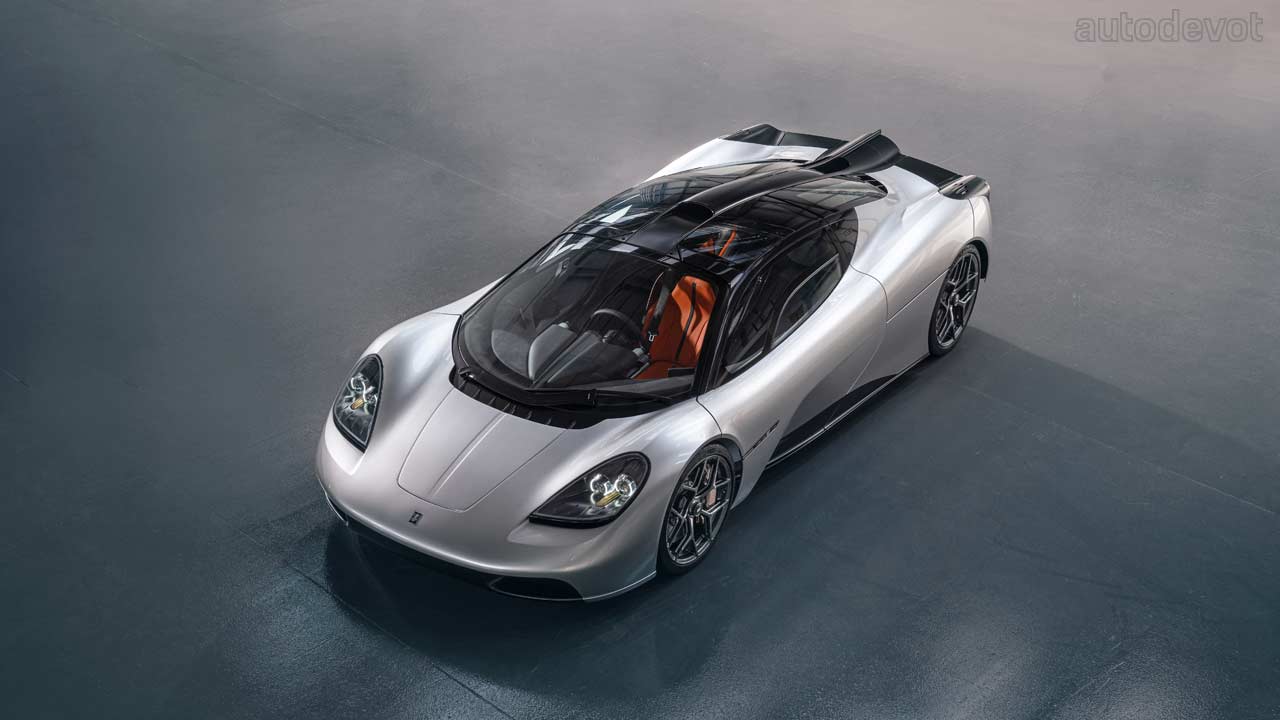 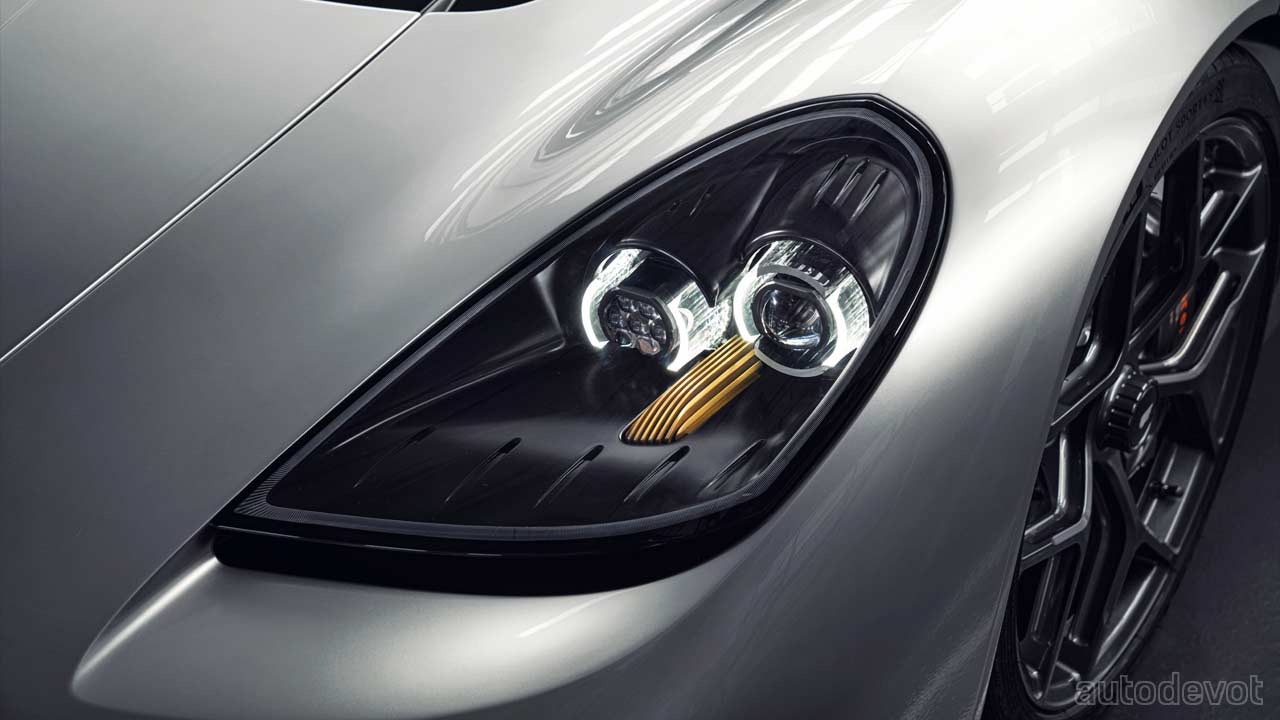 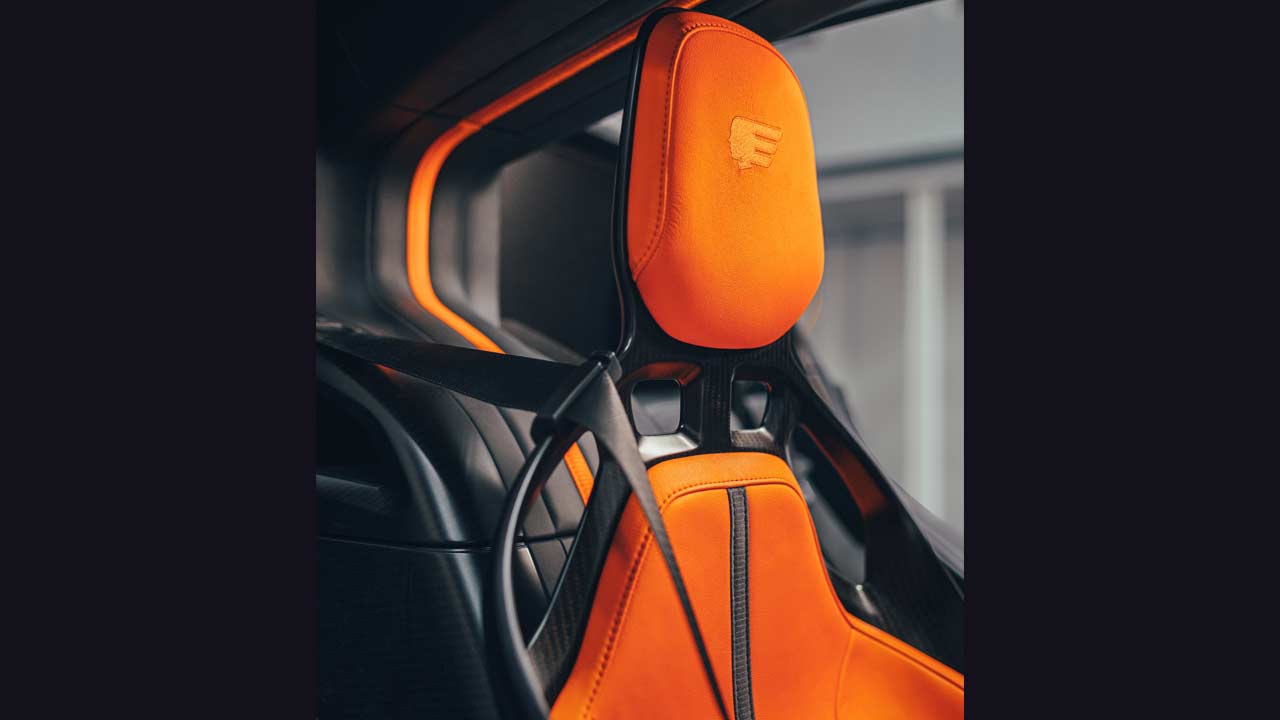 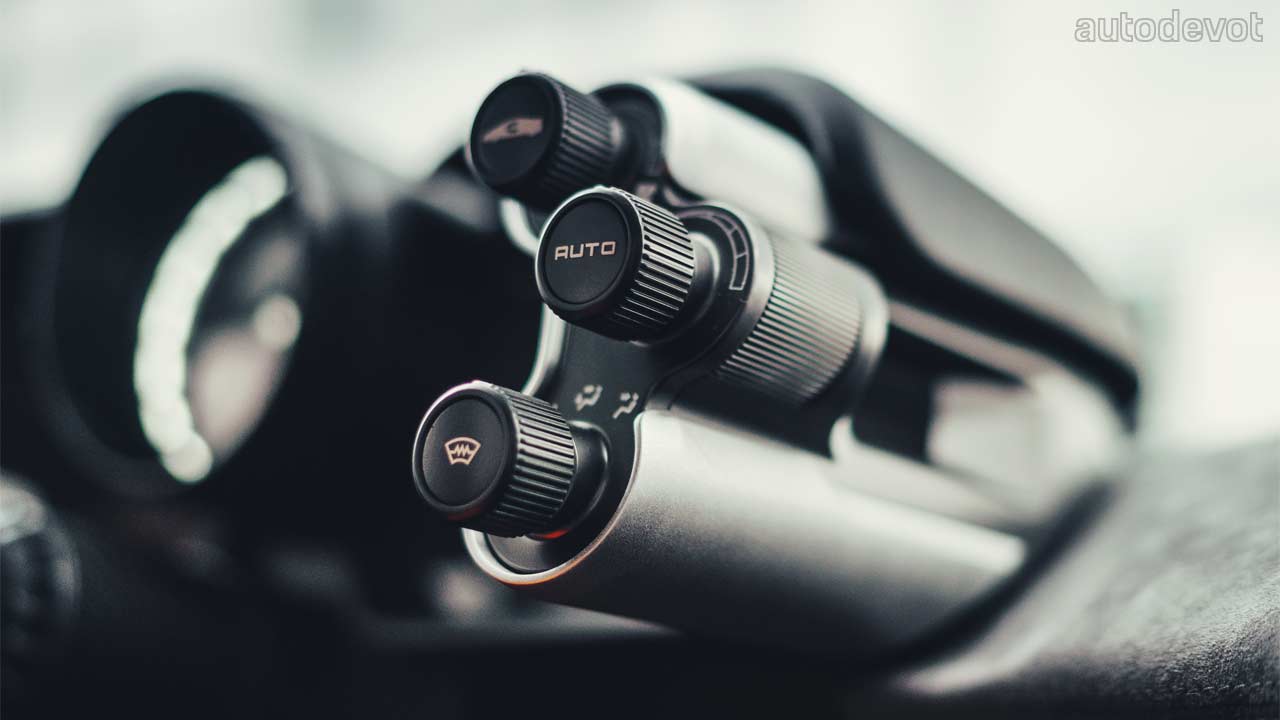 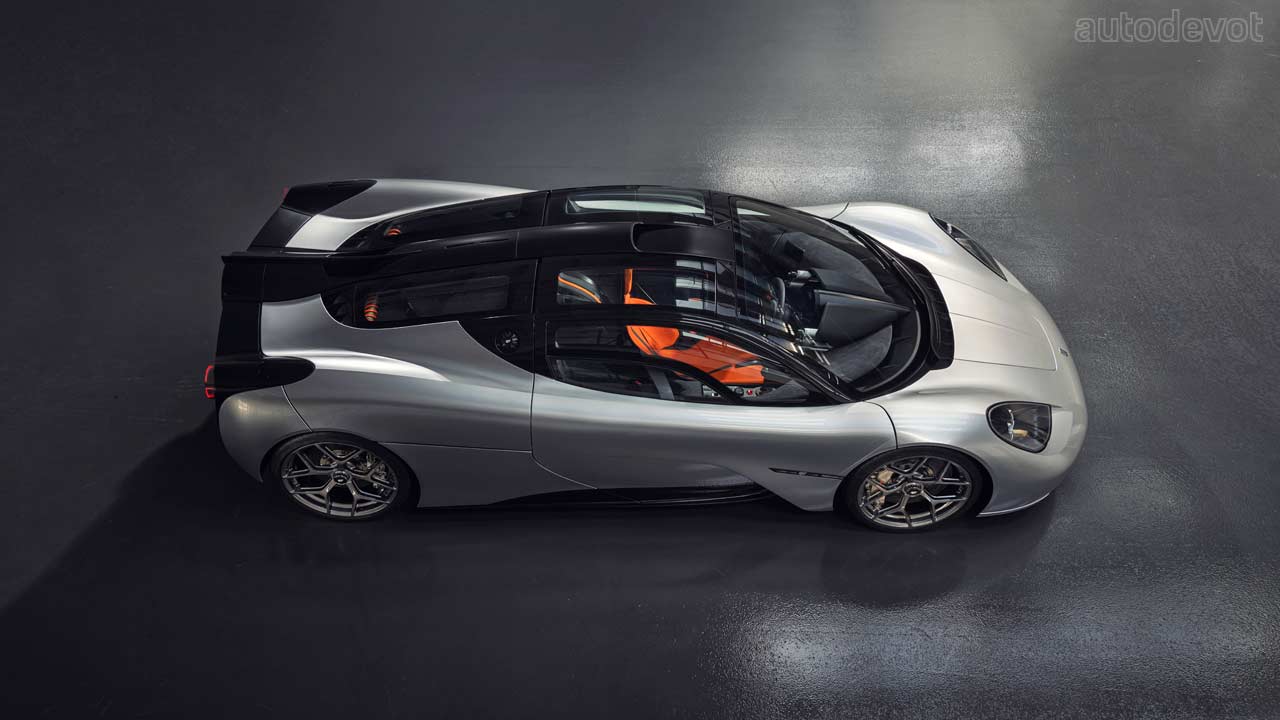 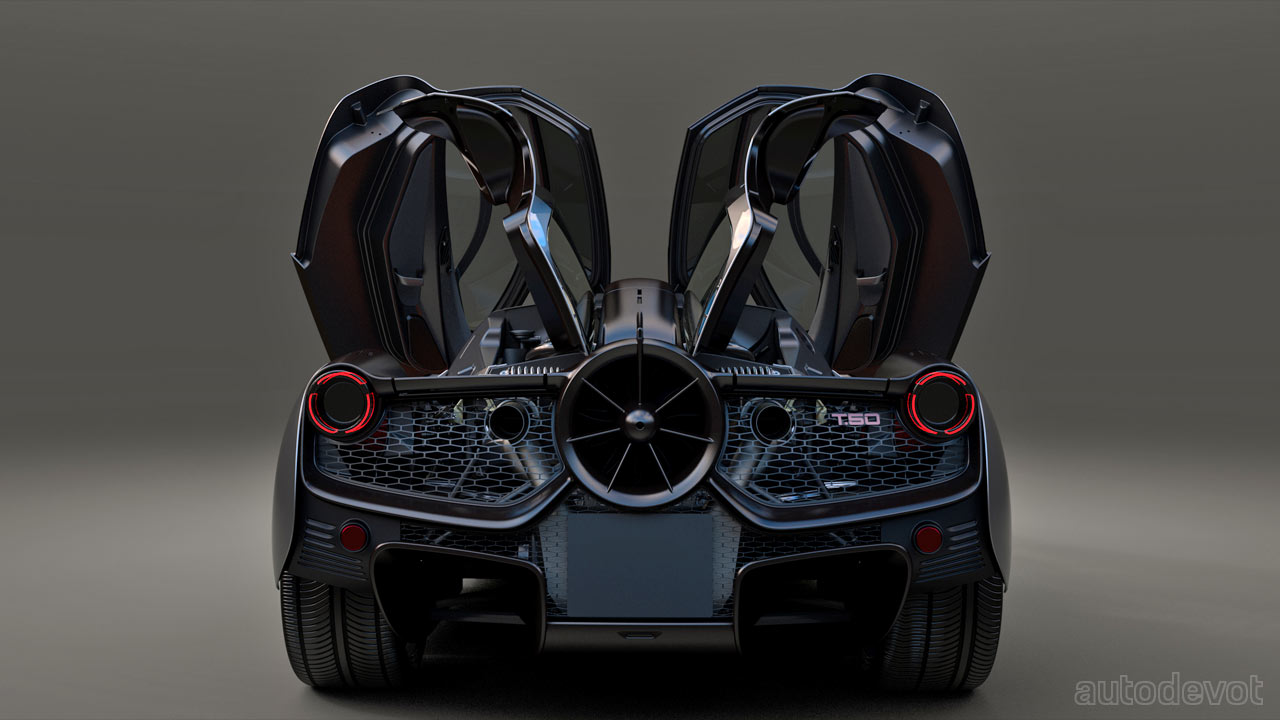 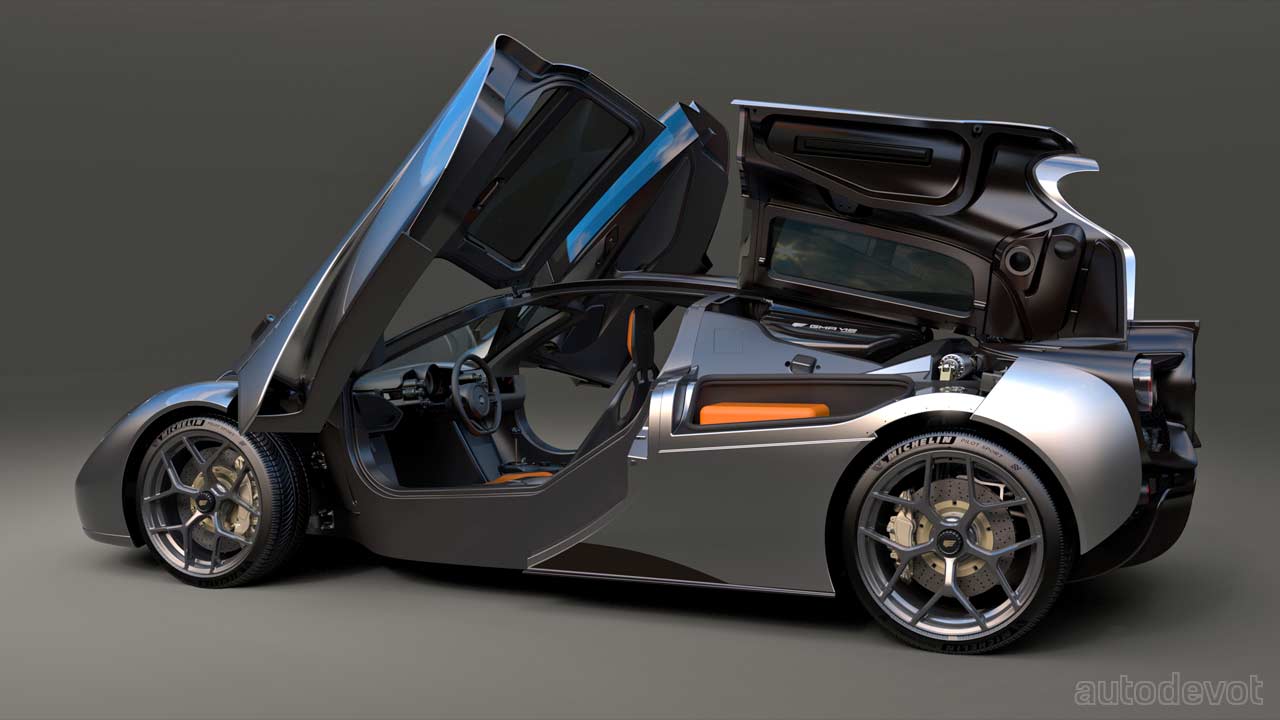 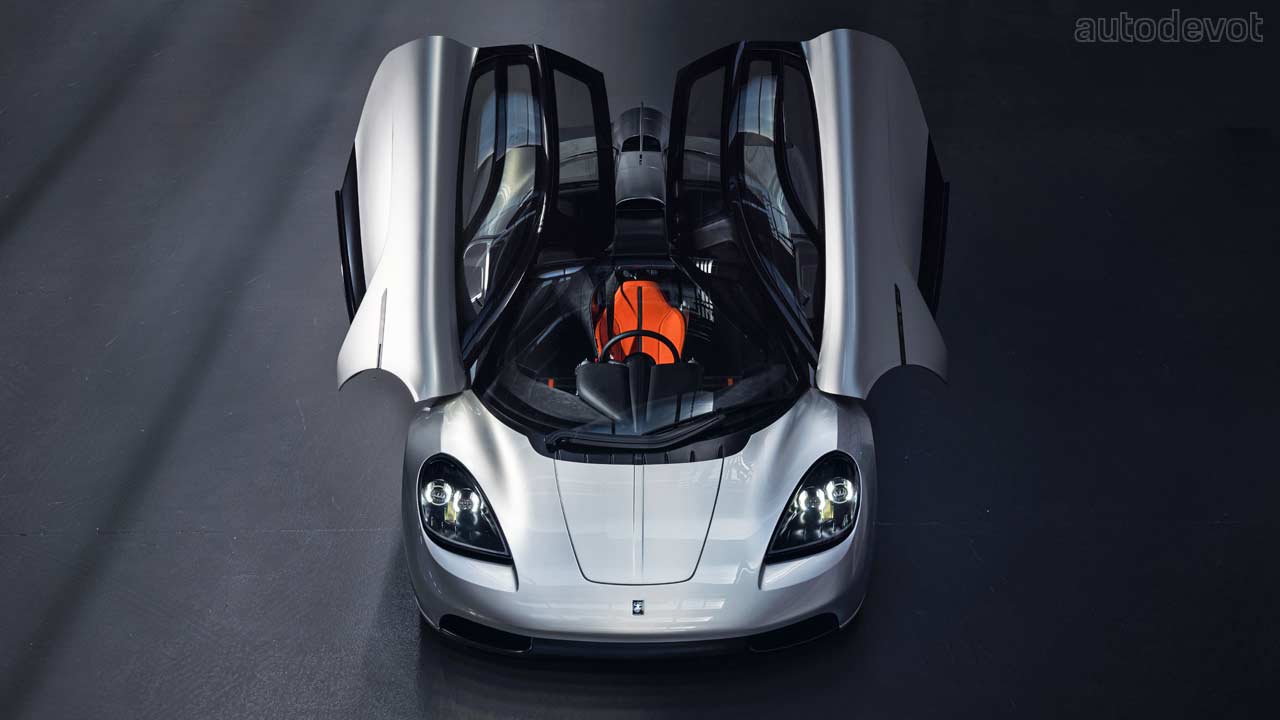