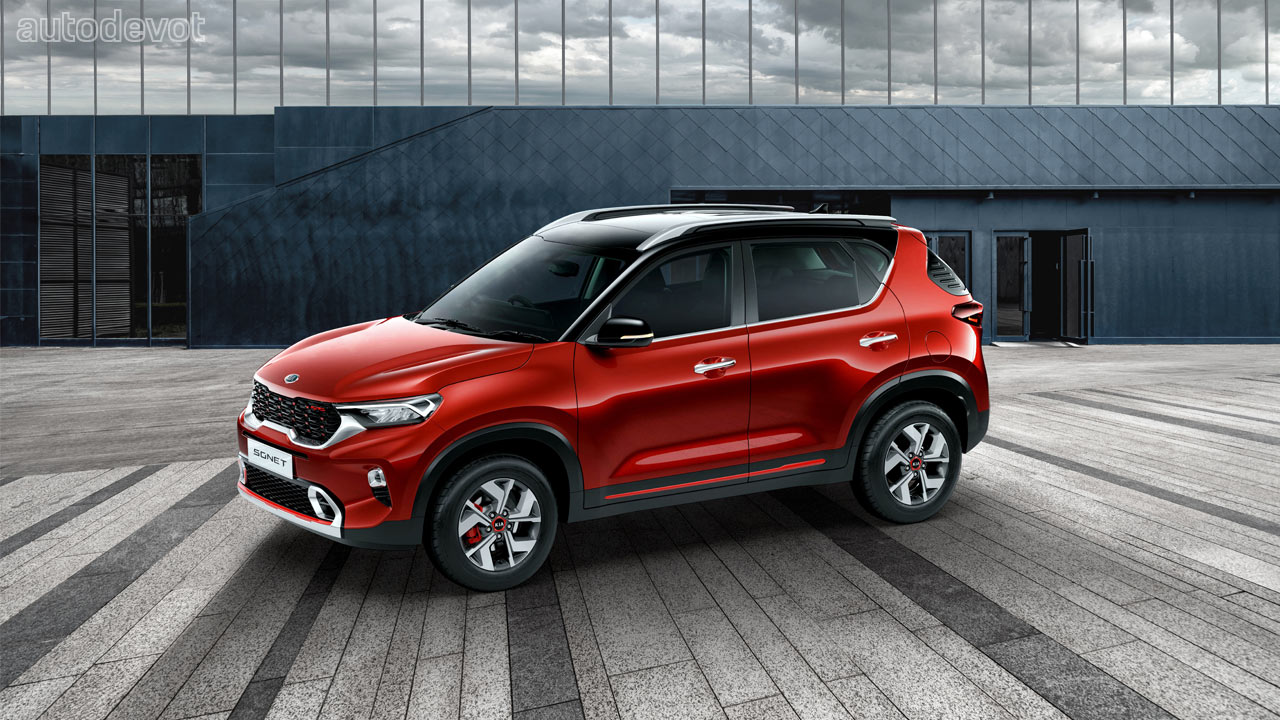 Kia has officially entered the compelling sub-4 metre segment in India with a stunning new crossover called ‘Sonet’. This is the series-production version of a concept that was showcased at the 2020 Auto Expo earlier this year. In case you haven’t figured it out already, the Sonet is the “cousin” of Hyundai Venue that debuted in April 2019. 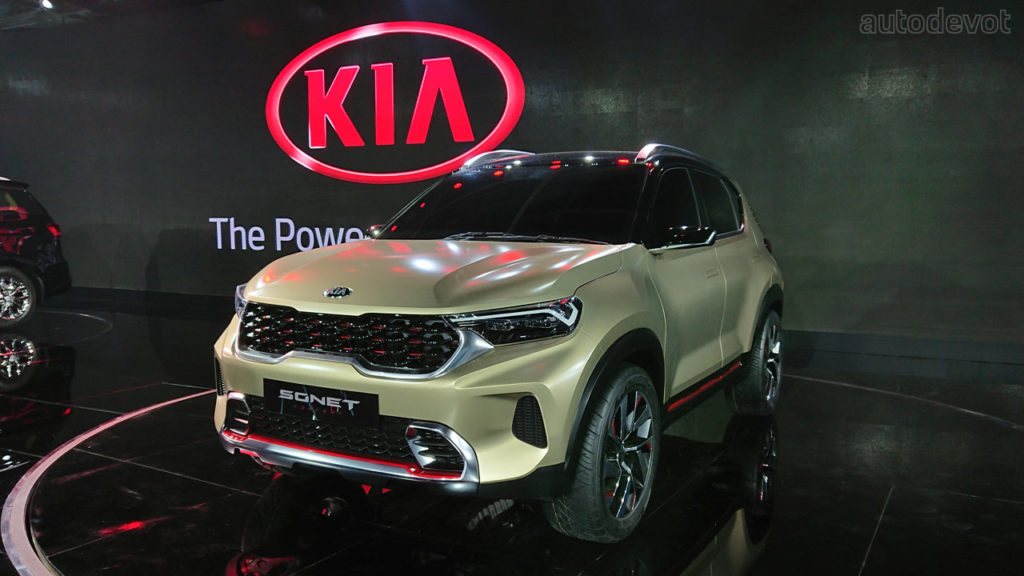 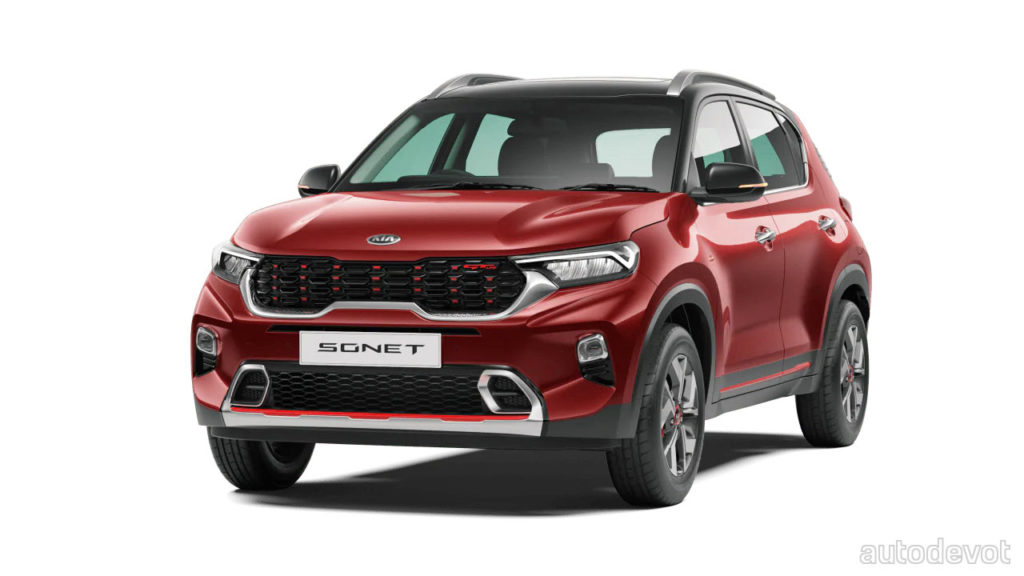 The production version (right) retains most of the design elements from the concept; in fact, it looks nearly identical. As with the Seltos, the Sonet too comes in Tech Line and GT Line trims (in India), and it’s the latter we’re seeing here.

The designers have done a great job in incorporating all of the elements of the brand’s latest design language, and then some. No matter which angle you look at it, the Sonet looks racy. 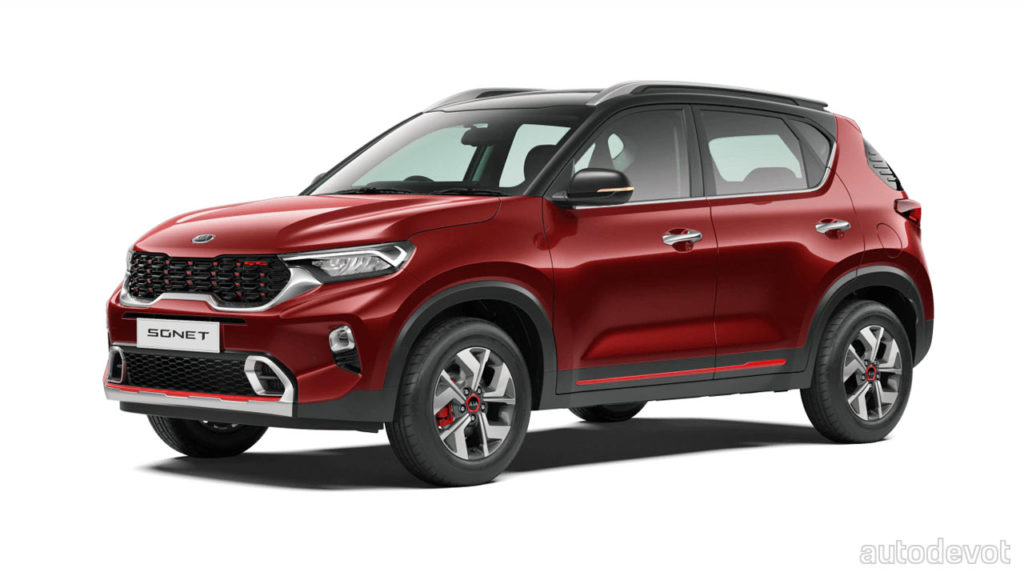 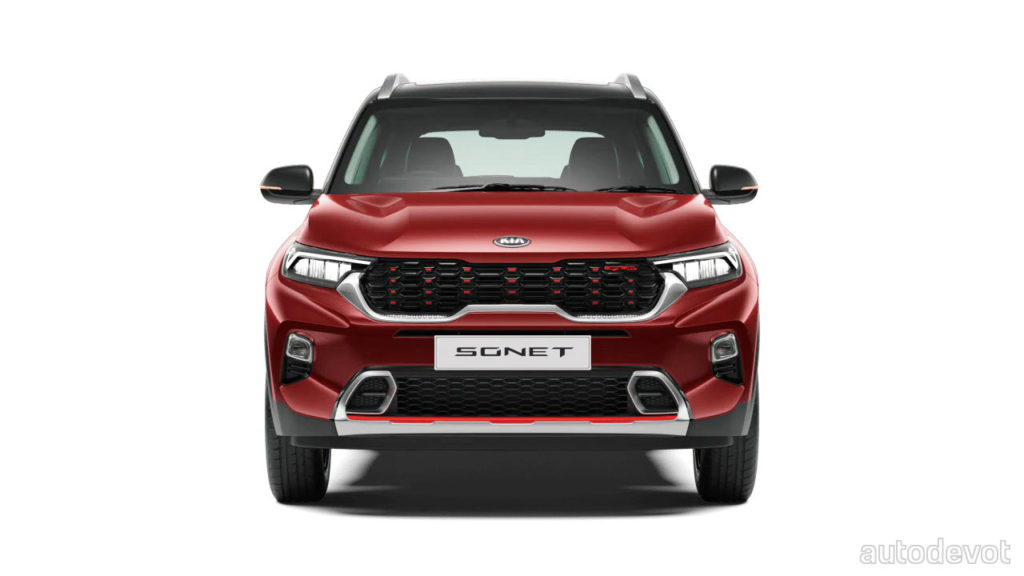 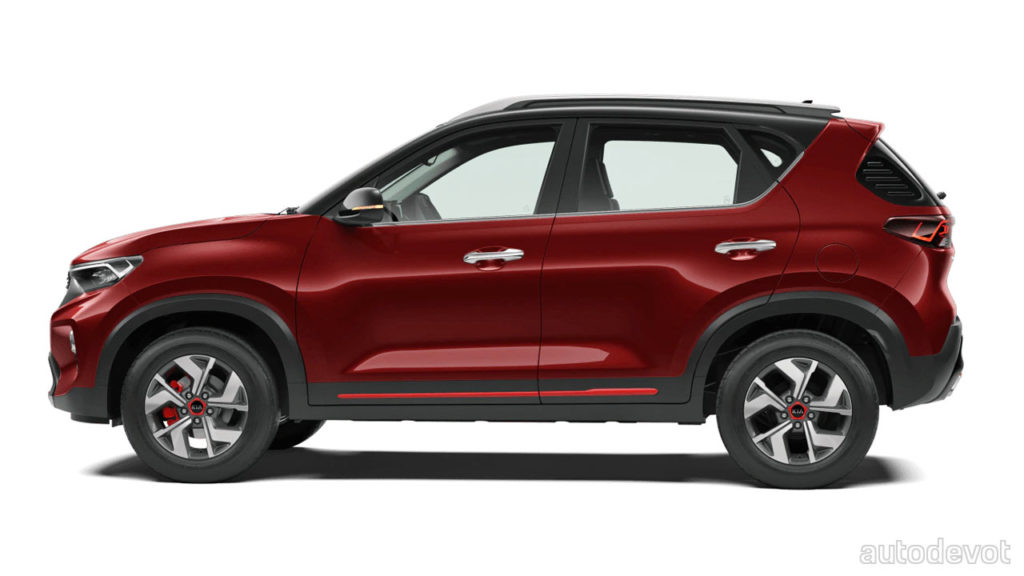 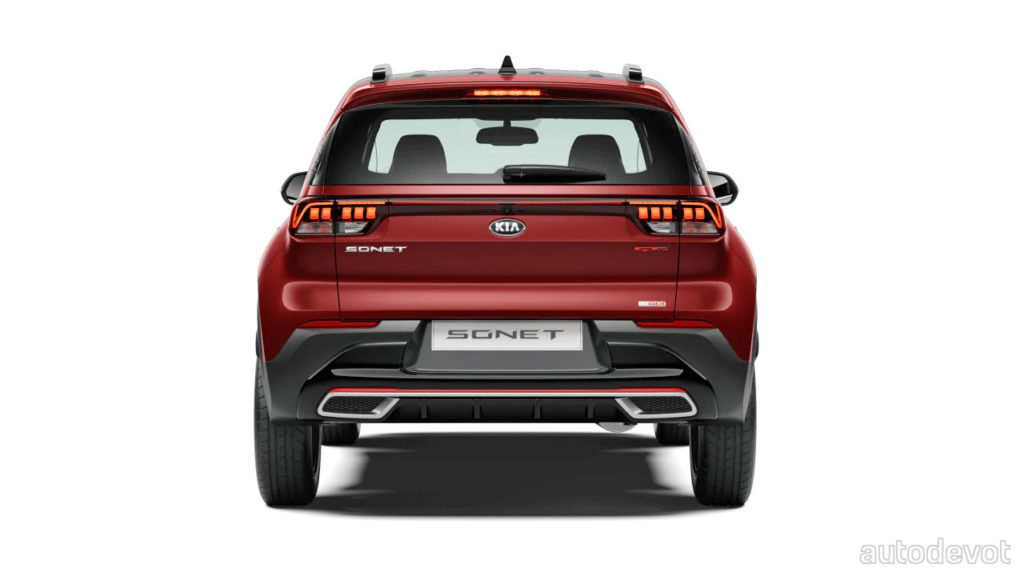 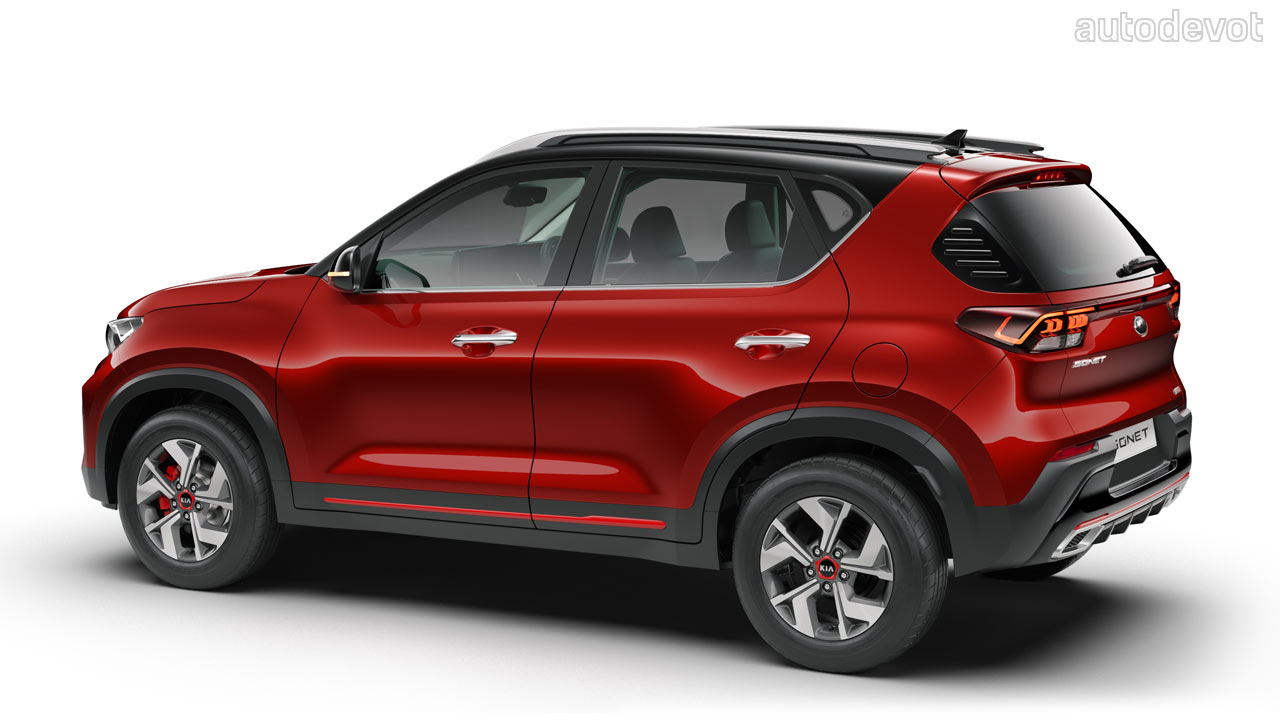 My personal favourite is that wrap-around frame-like an effect for the roof at the rear, created by the dual-tone scheme with black roof and a wrap-around-like rear windscreen. The rear windscreen doesn’t actually wrap-around, but a plastic insert on the C-pillar creates that effect. Interestingly, this dual-tone paint scheme is available both on Tech Line and GT Line trims. 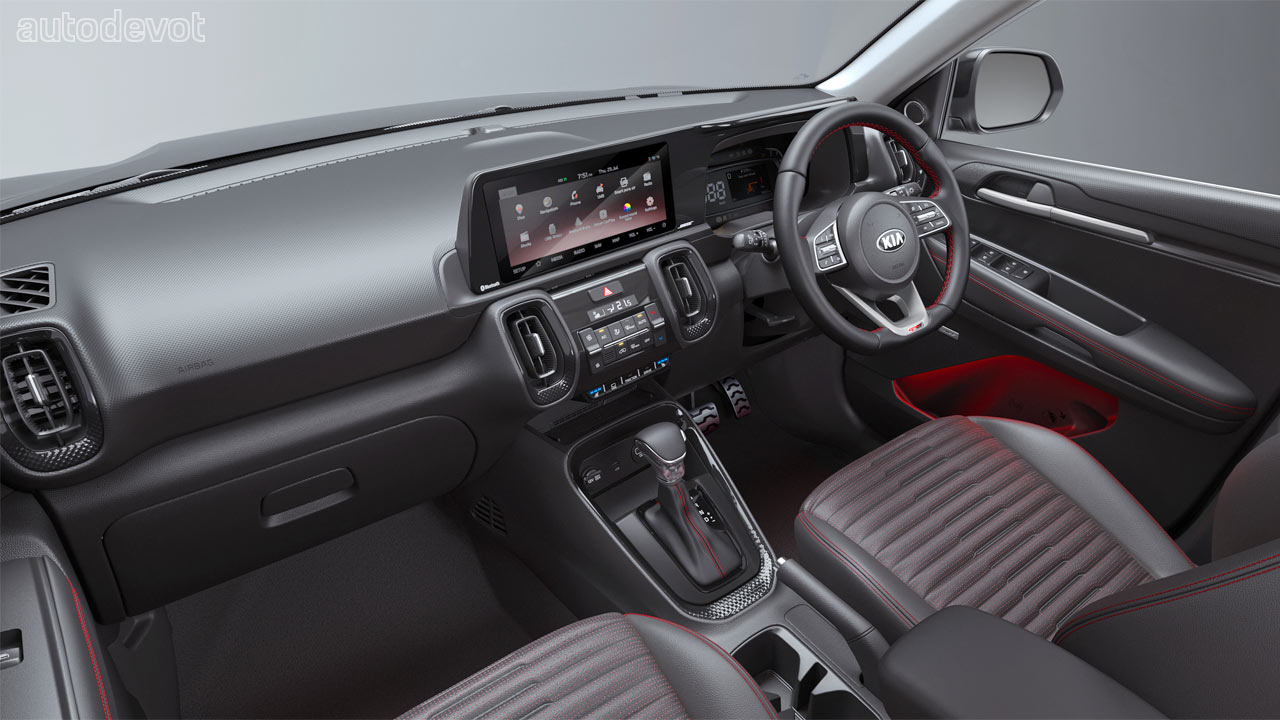 Inside, the dashboard is dominated by the side-by-side arrangement of the infotainment display and the instrument cluster, pretty similar to that of the Seltos. But the Sonet cabin looks more contemporary and sportier, especially in the GT Line guise with black theme and red contrast stitching. Also, notice the flat-bottom steering wheel — available both on Tech Line and GT Line trims. In all, Kia claims to offer 30+ segment-best features in the Sonet. 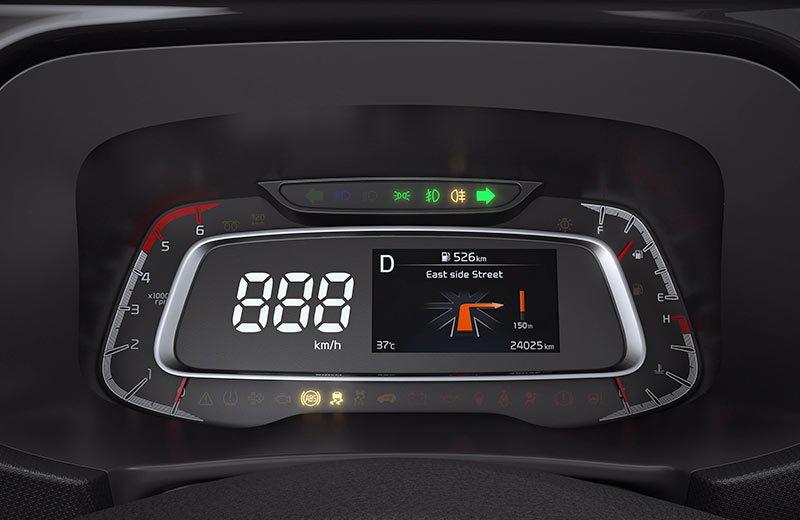 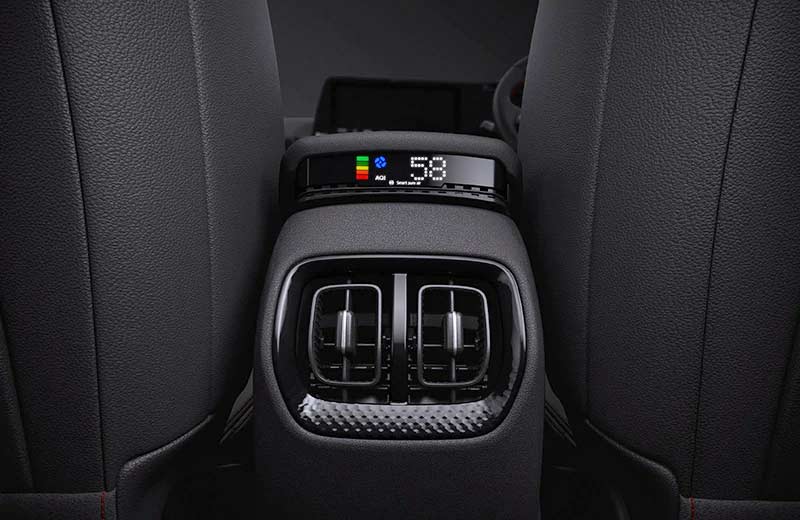 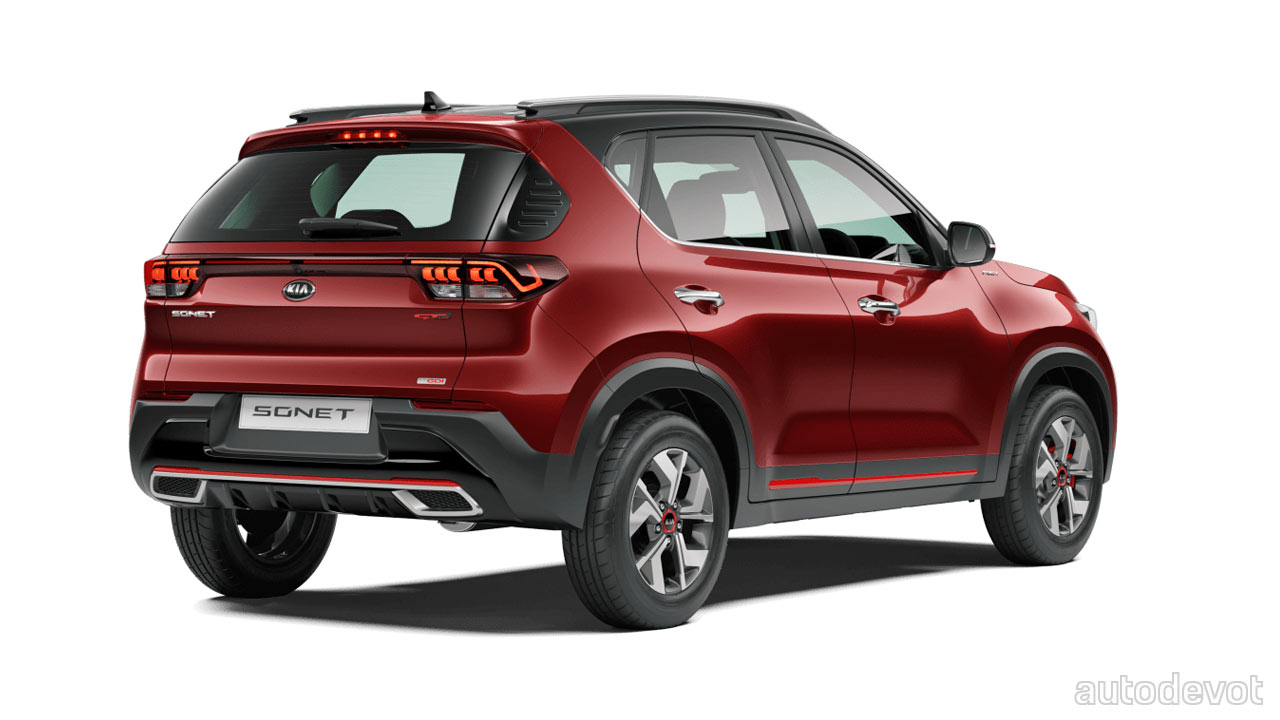 Powertrains
Moving on to the business end of the story, the Sonet (in India) will be offered with the same powertrains as the Venue, including the recently-launched clutch pedal-less iMT. The engines will be a 1.2-litre 4-cylinder N/A petrol, a 1.0-litre 3-cylinder T-GDi (turbo petrol), and a 1.5-litre CRDi turbo diesel unit. 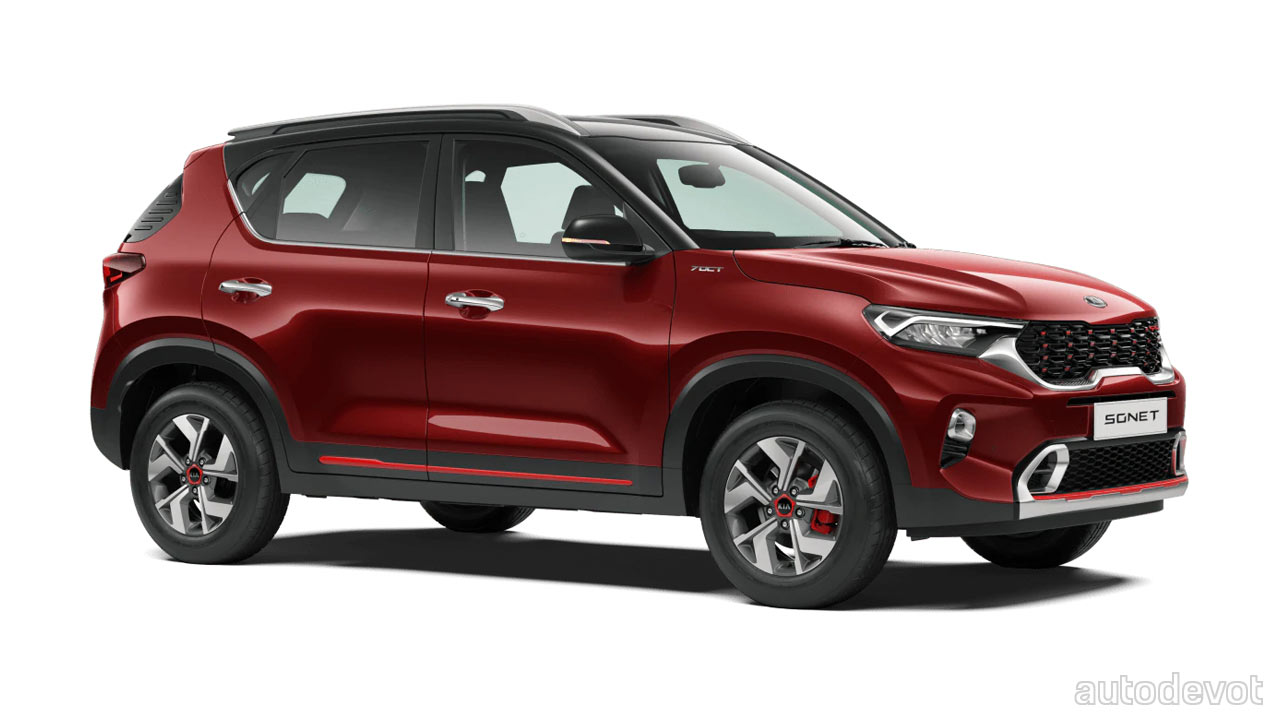 With its aggressive and modern design language, fun-to-drive dynamics, and Kia’s latest high-tech features, the Sonet puts an exclamation point on our ambition to make Kia the brand of choice, especially among millennial and Gen Z consumers. The Sonet fills a need in the growing SUV market, in India and further afield, and will attract a wider number of consumers to the Kia brand. – Ho Sung Song, President and CEO at Kia Motors Corporation

The Sonet will be produced at Kia’s Anantapur plant in India and will also be exported to markets outside.