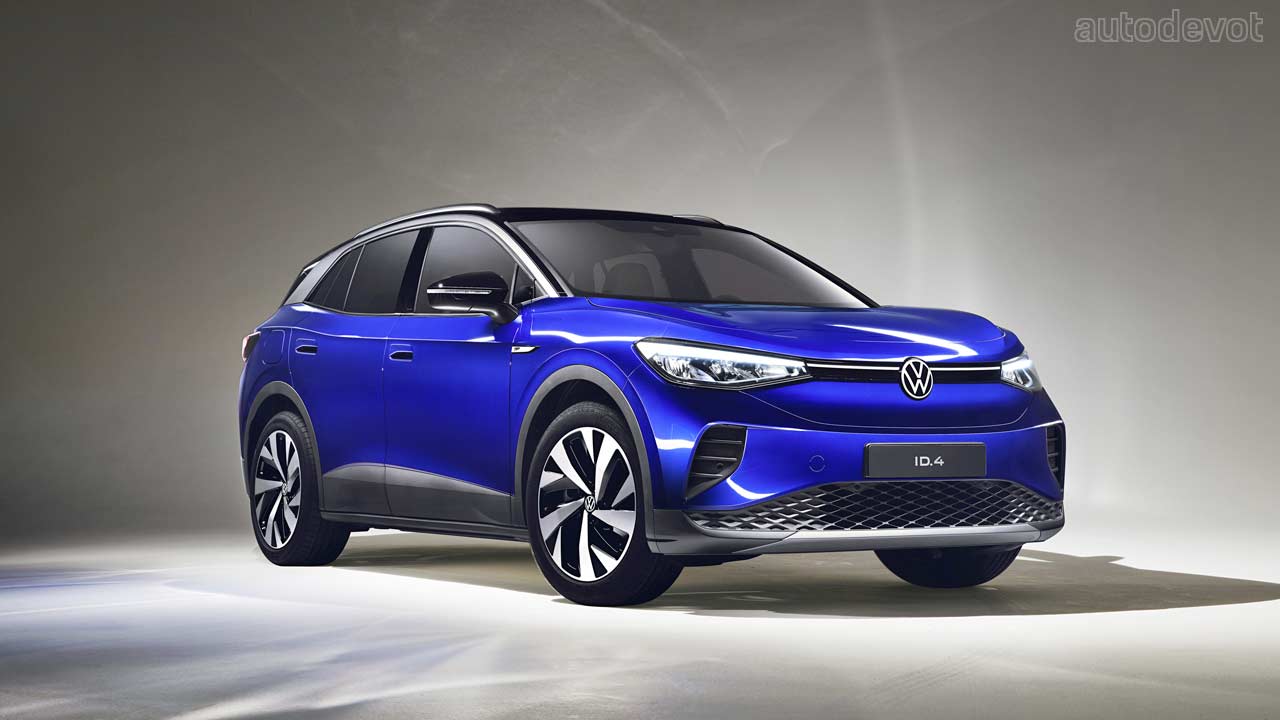 Volkswagen has finally taken the camouflage off the all-electric ID.4 crossover — the German cousin of the Skoda Enyaq iV that we saw earlier this month. The photos here feature the 1ST and 1ST Max trims. 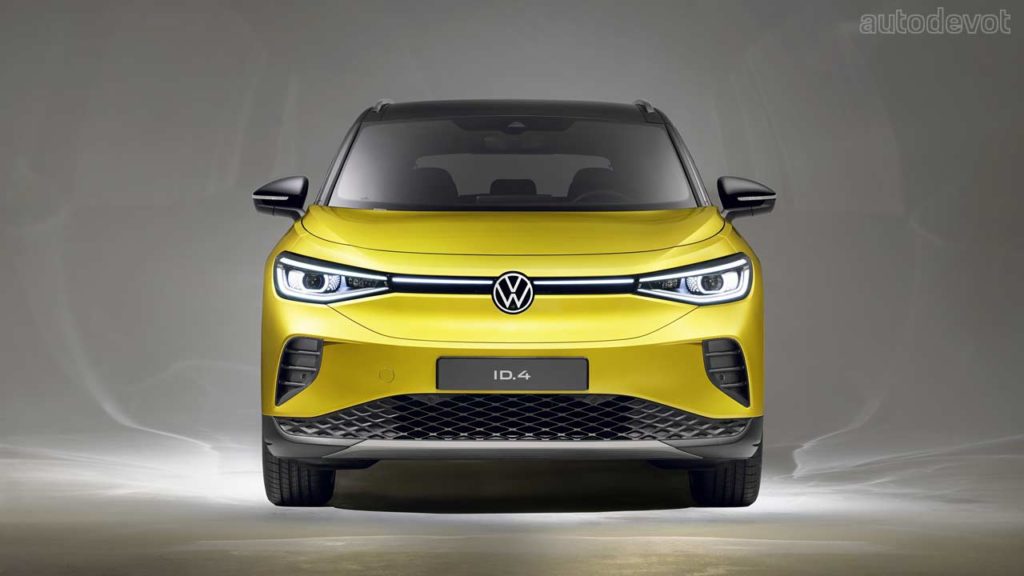 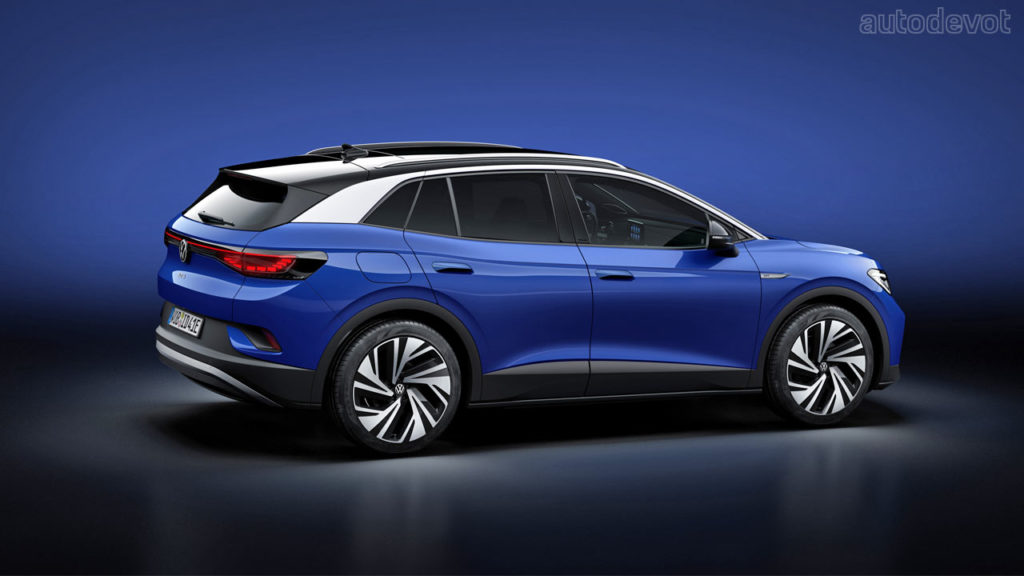 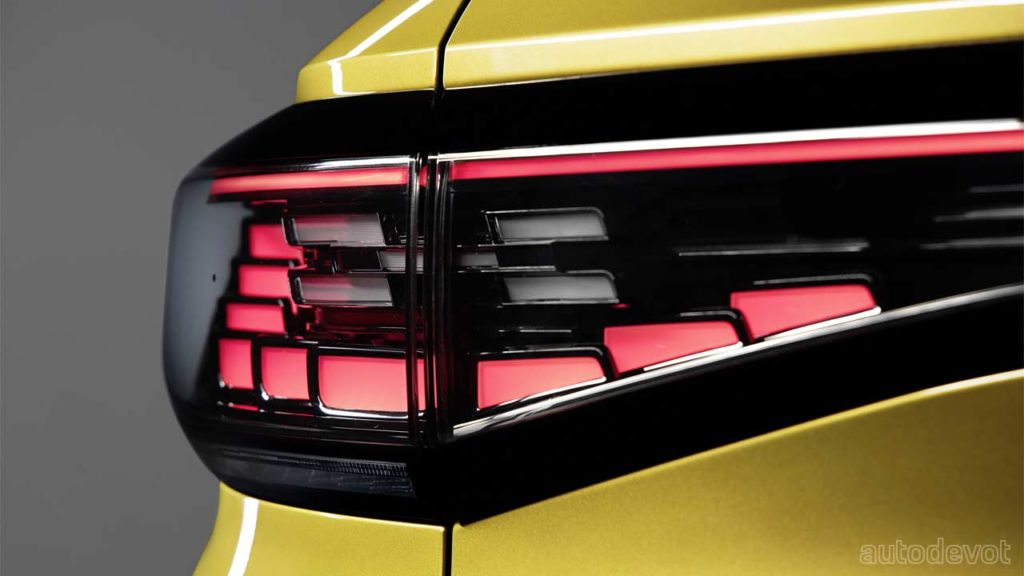 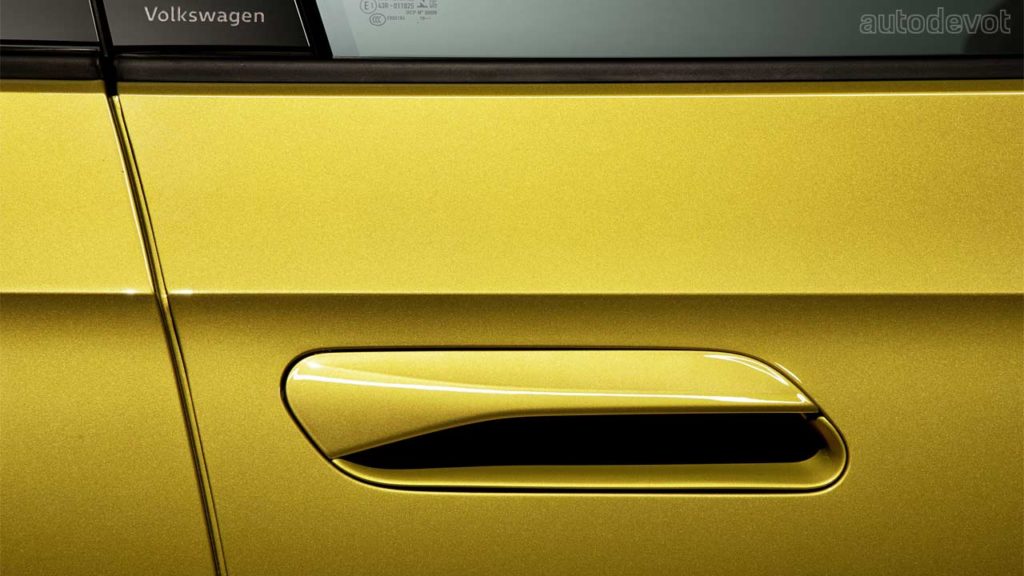 The camouflaged prototype that we saw in March this year left nothing to our imagination, but I guess that was the plan anyway. Unlike its sharp-looking Czech cousin, the ID.4 has smooth surfaces and curves that have resulted in a drag coefficient figure of 0.28 Cd. Depending on the trim, exterior features would include IQ.Light LED matrix headlights that welcome the drivers with swiveling lens modules; 3D LED taillight clusters and 21-inch wheels. 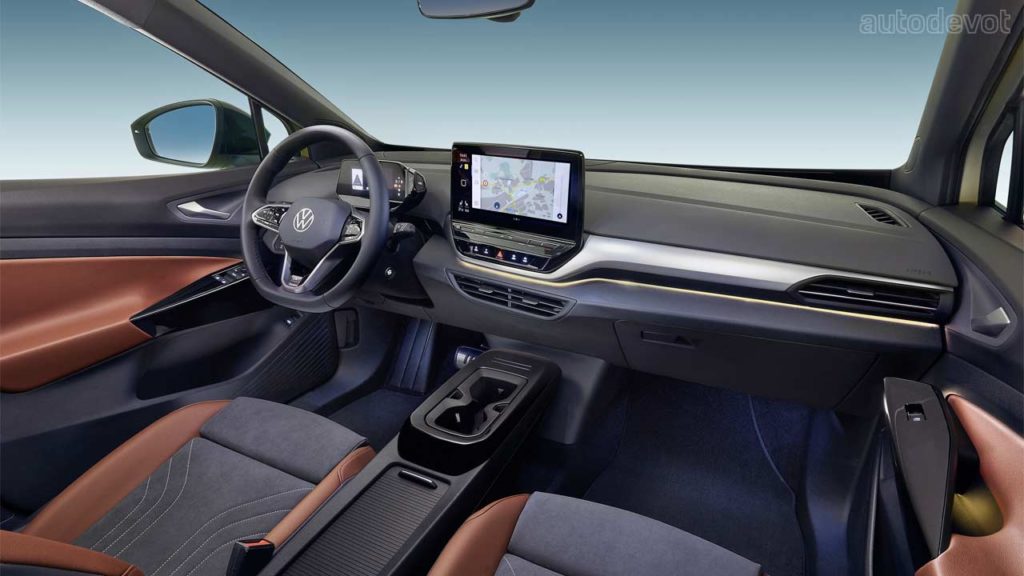 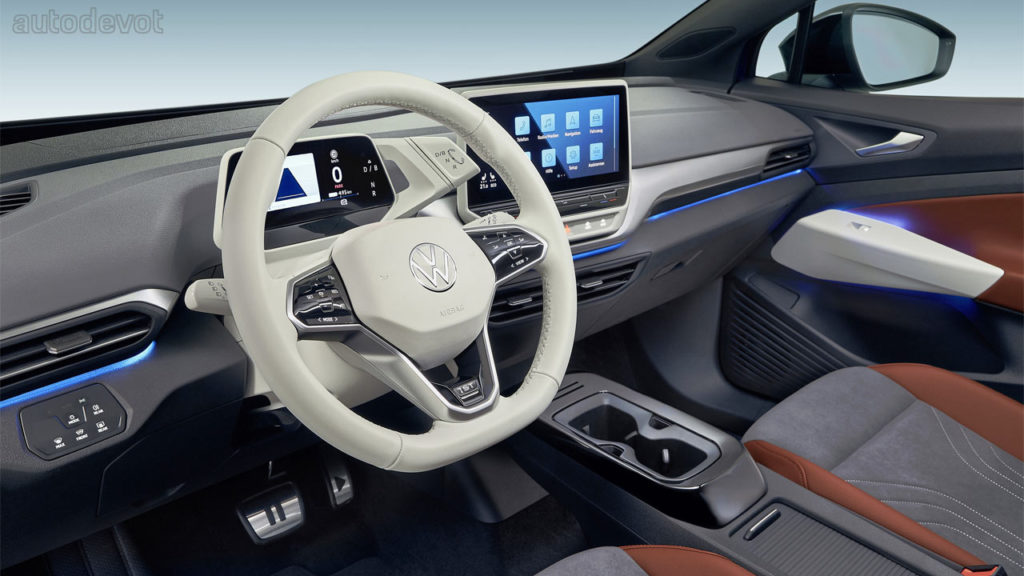 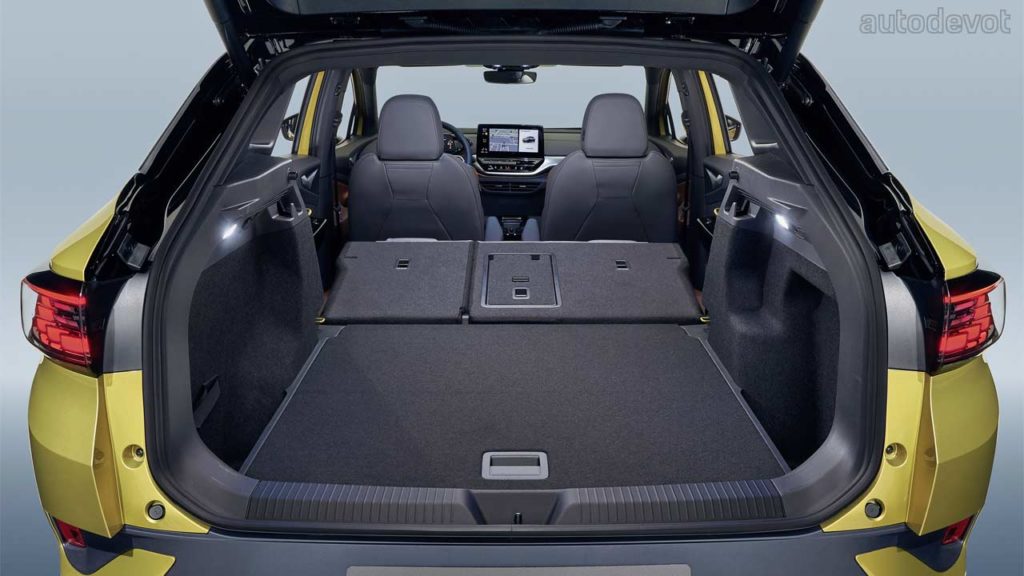 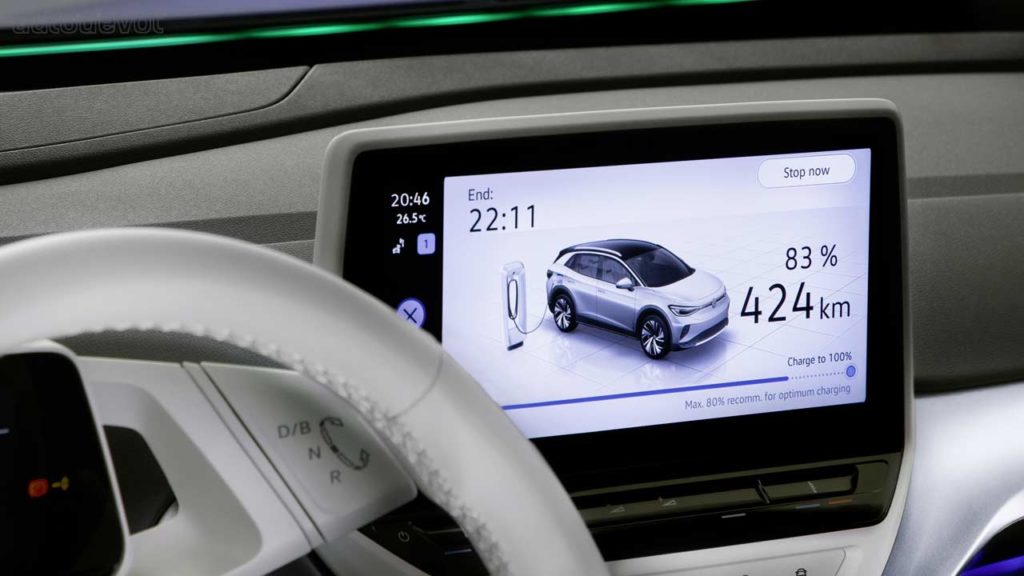 The cockpit looks clean and minimal, but thankfully, retains some of the physical keys. Features include a digital driver’s display, a 12-inch central touchscreen display, an AR Head-Up Display (optional), and a host of driver assistance systems. The luggage capacity can be increased from 543 to 1,575 litres. 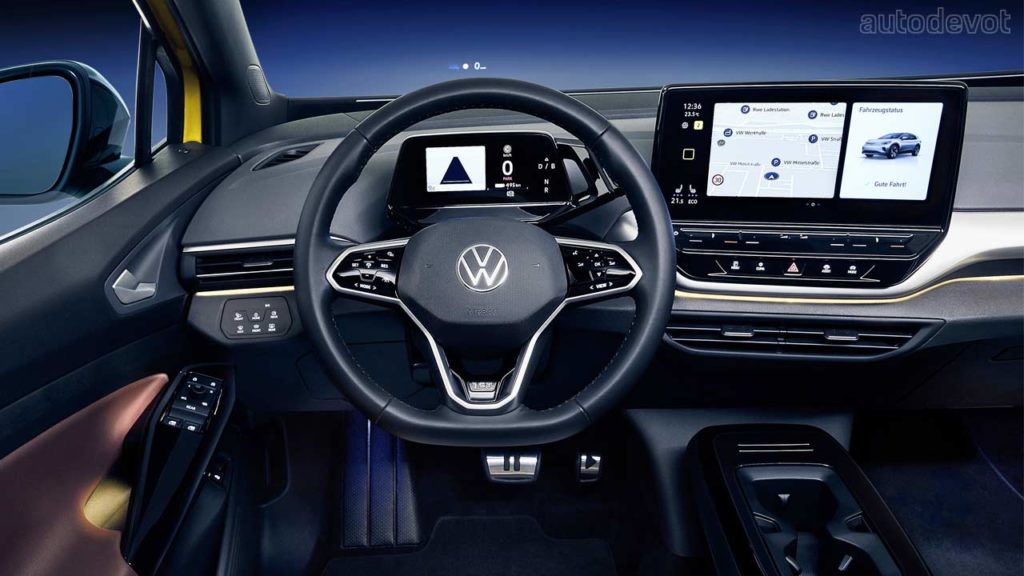 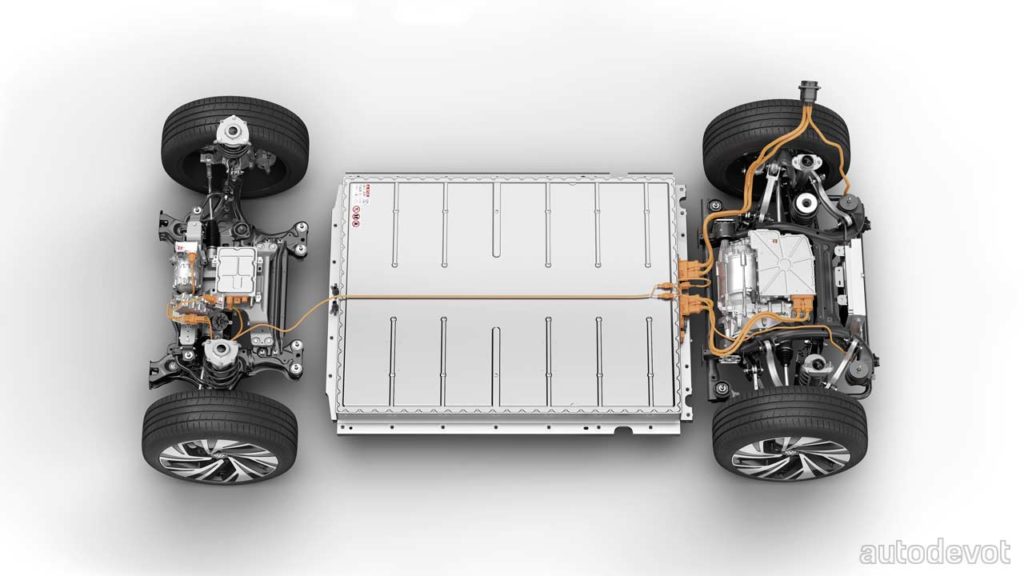 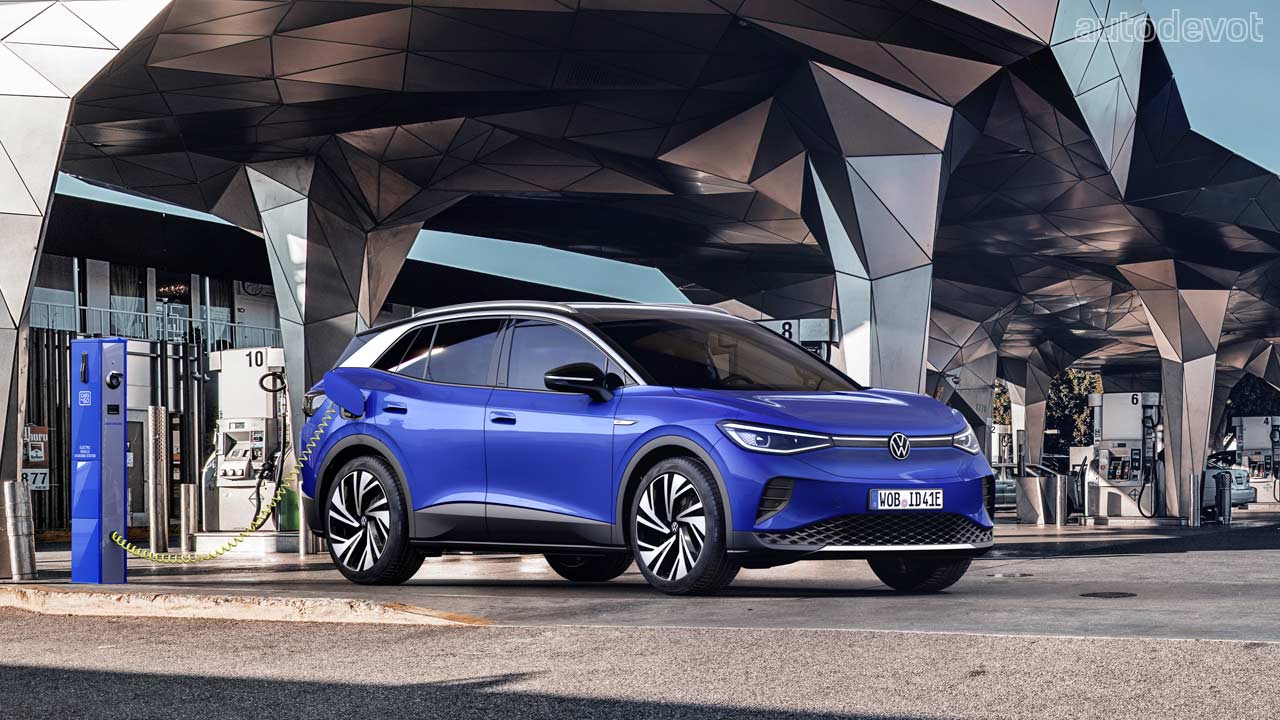 The battery pack is capable of up to 125 kW DC fast-charging, with which, up to 320 km (198 mi) of potential range is claimed to be achieved with 30 minutes of charging.

In addition to European markets, the ID.4 is also expected to go on sale in China, followed by the North American markets. 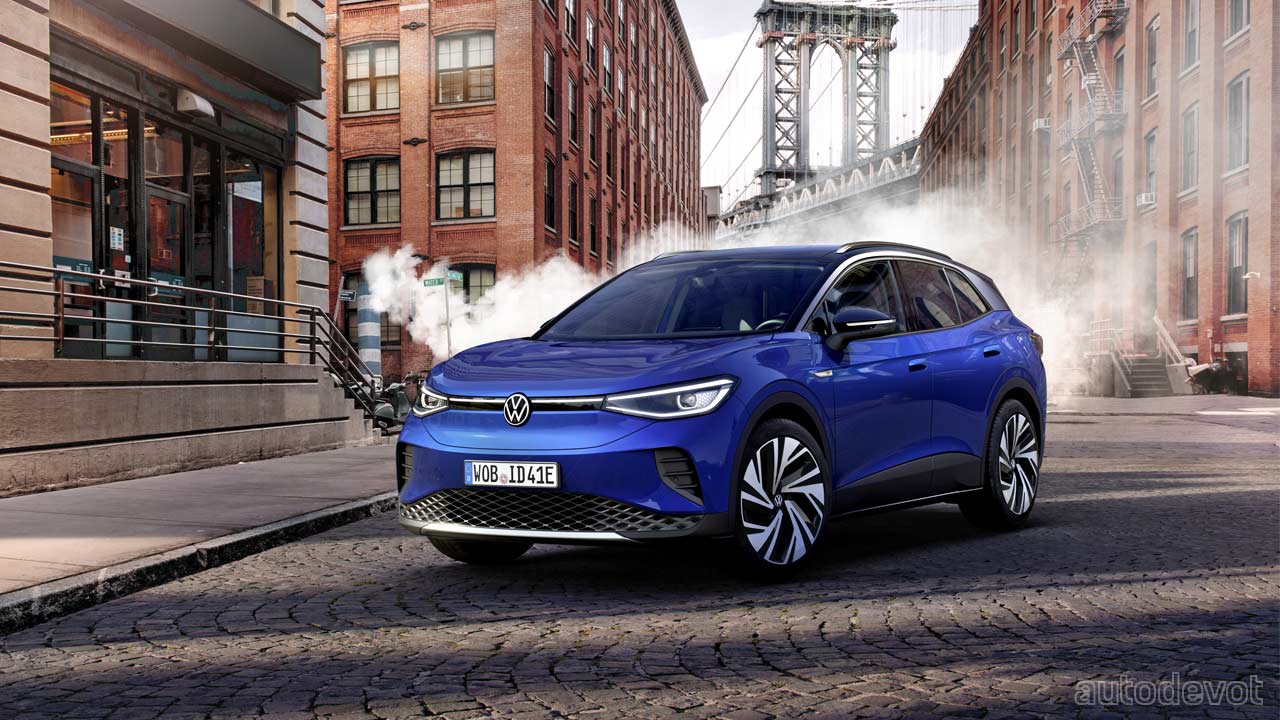 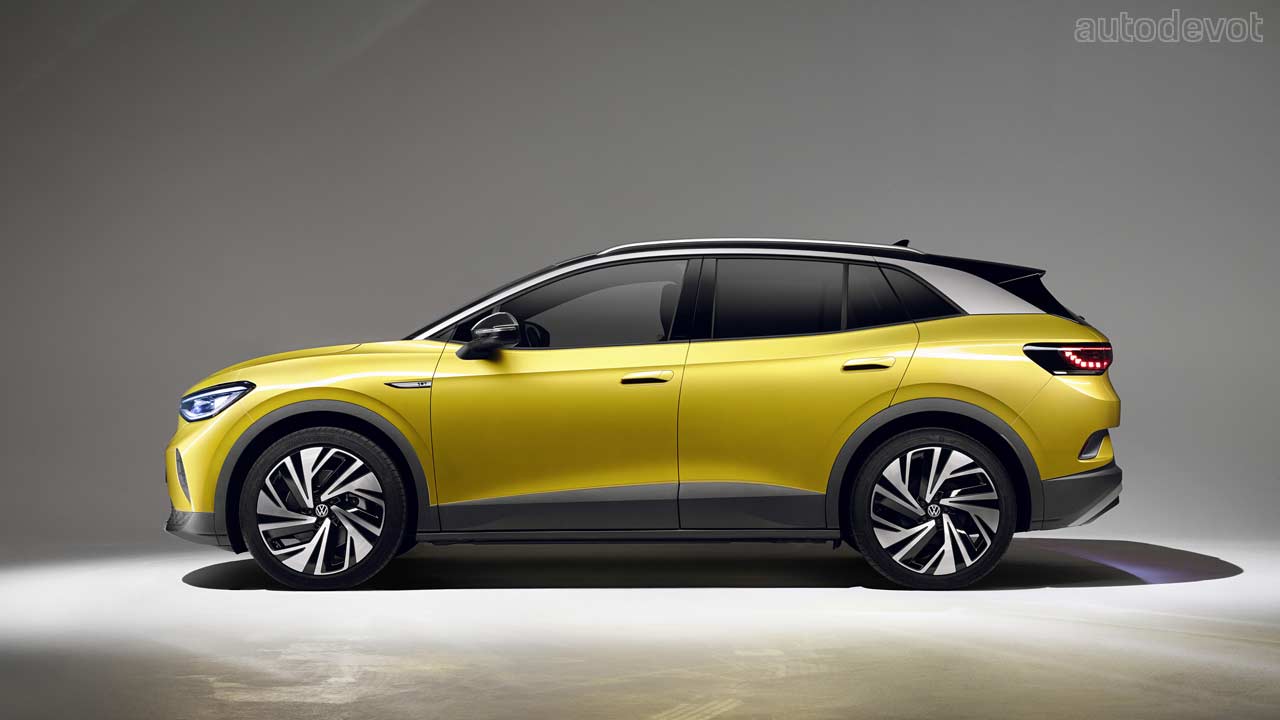 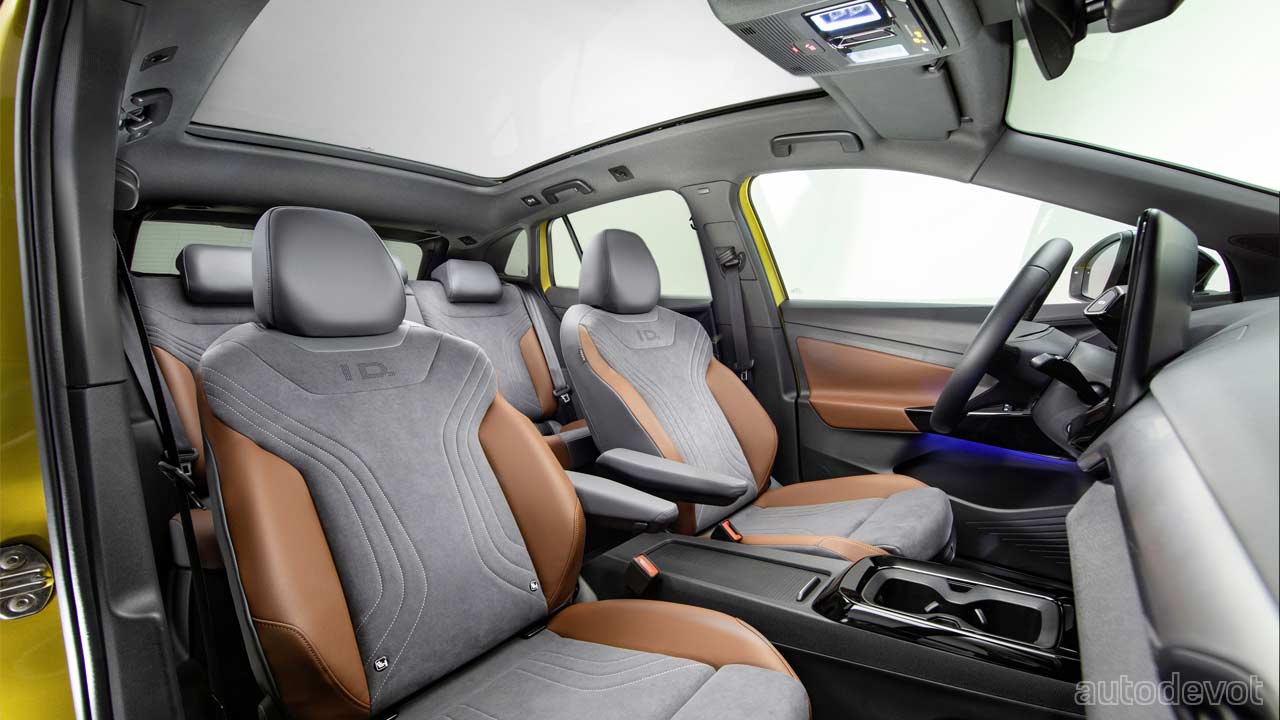 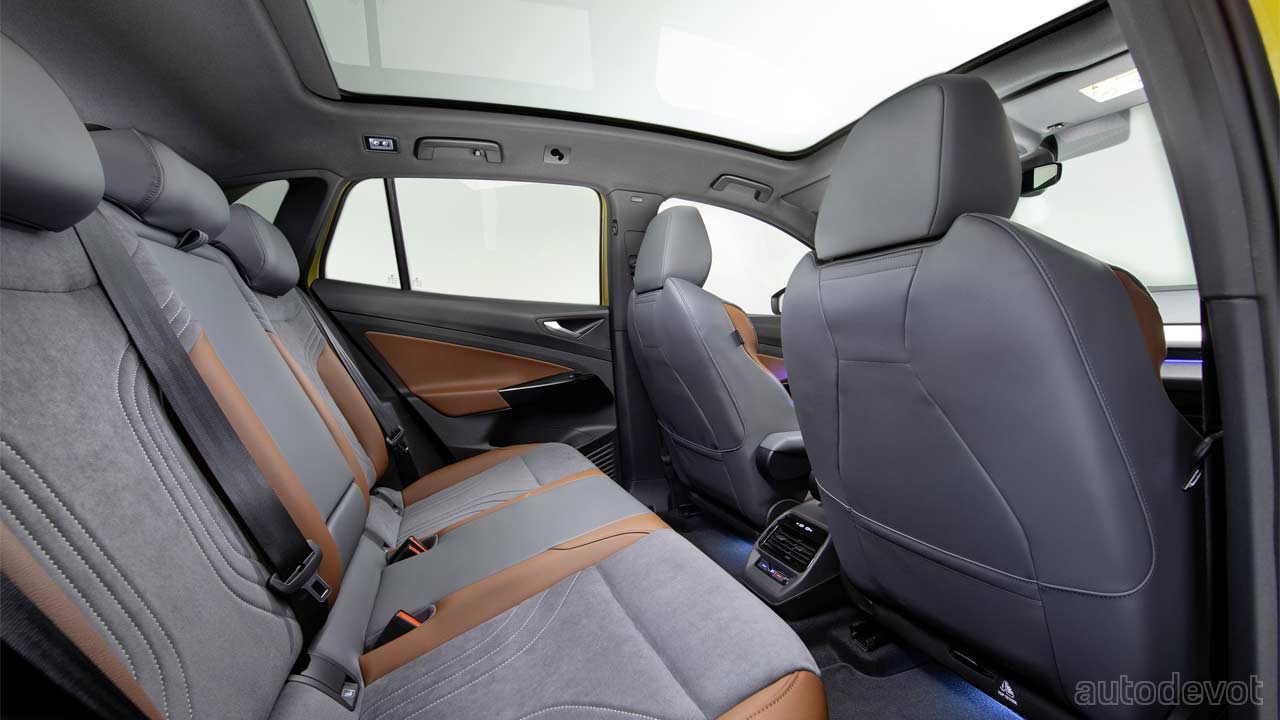 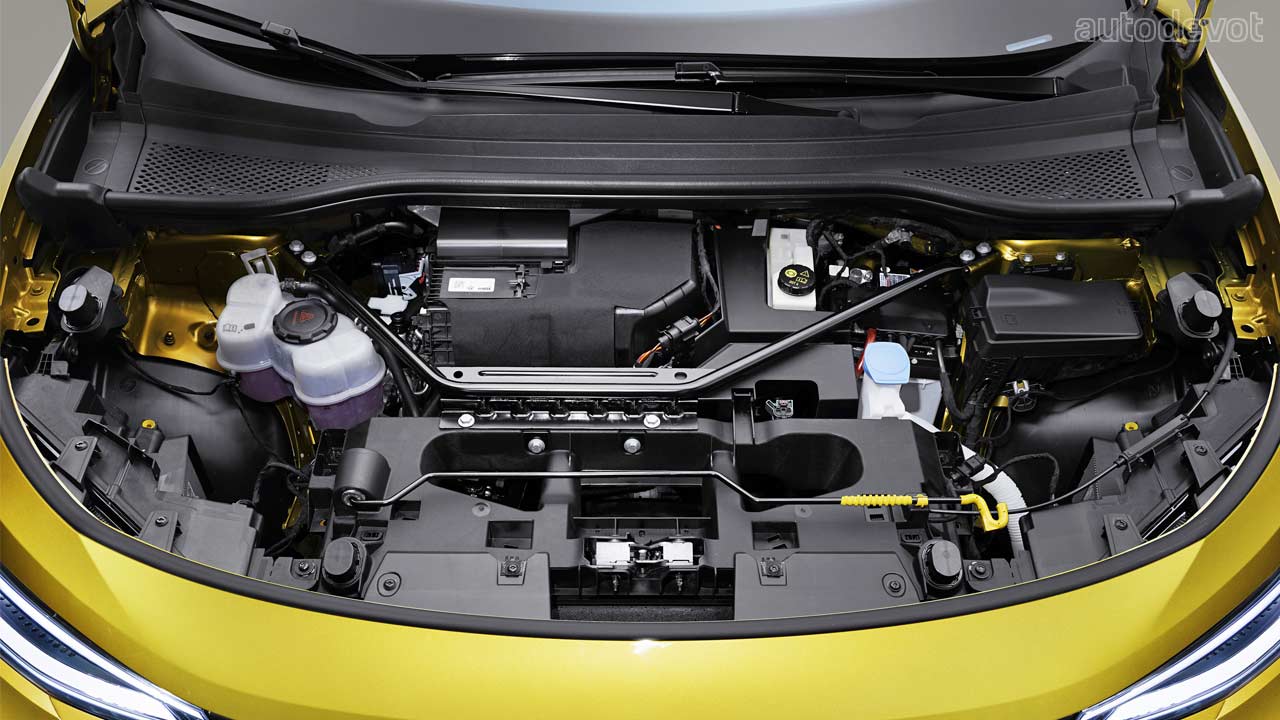 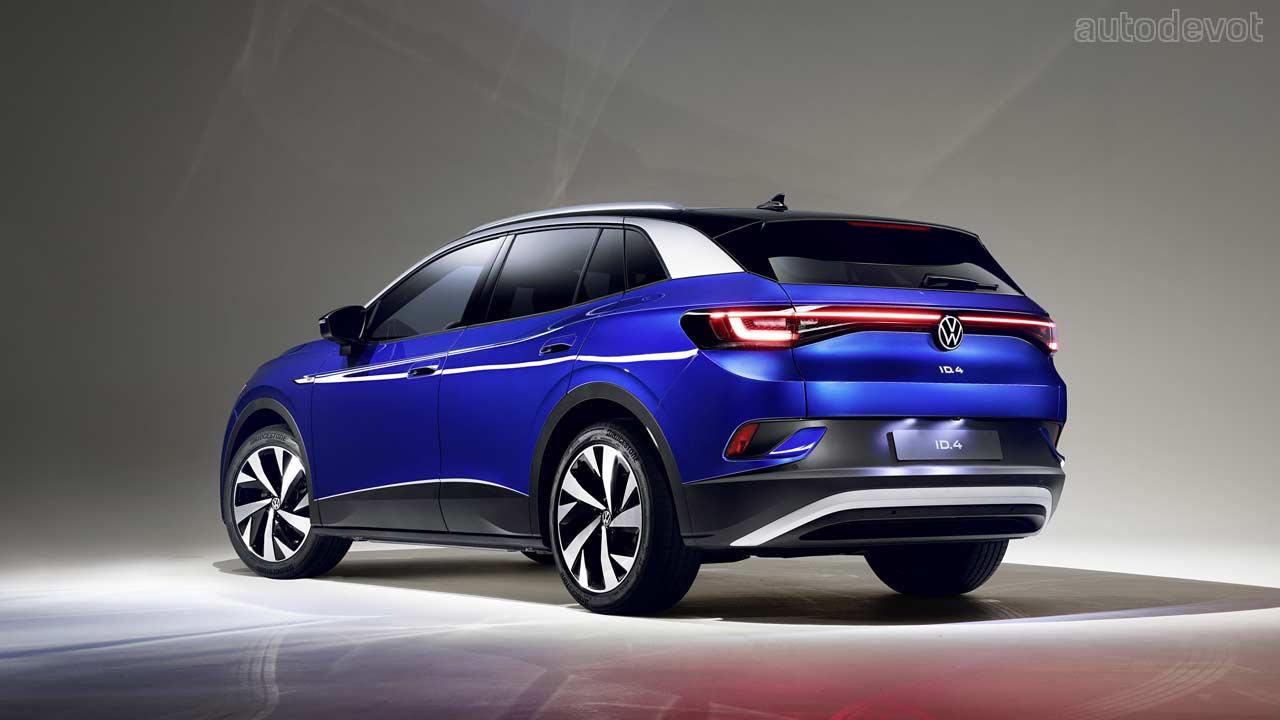