BMW has taken the wraps off the 6th generation (G80) M3 Sedan and also the new M4 Coupé (G82), and as expected, people have very strong opinions on them. As always, the photos here feature the Competition variants. 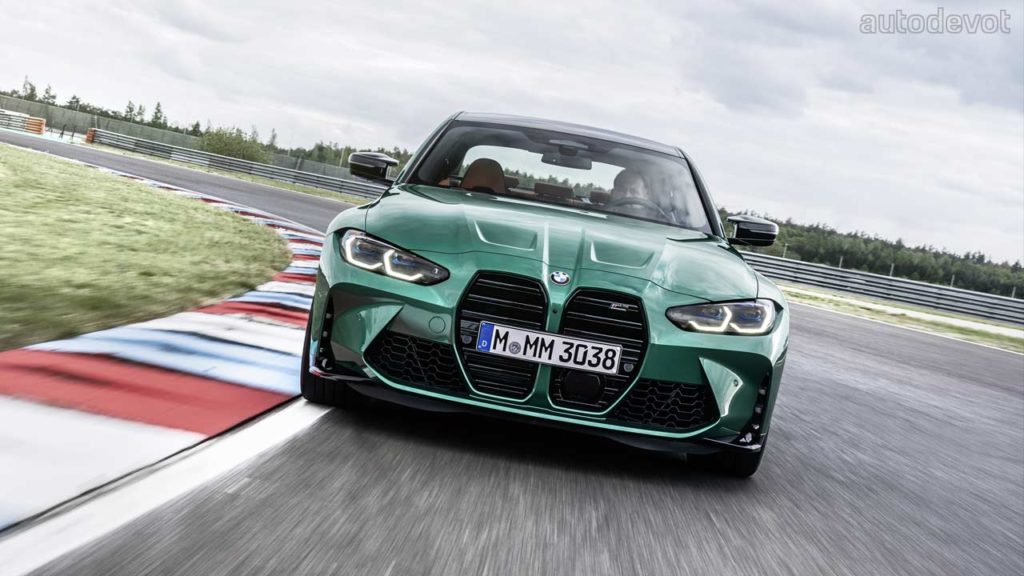 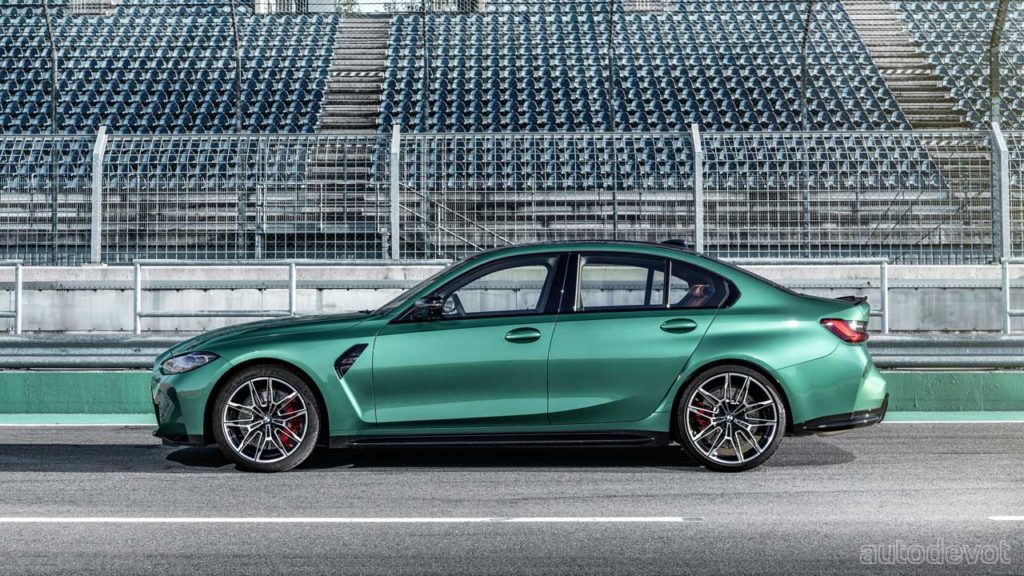 Unfortunately, the new M3 Sedan is also the victim of the Kidney grille disaster; I think it should have got the front fascia based on the G20 3 Series. Anyway, the one advantage I guess is that there won’t be any shortage of air that flows into the engine bay as all of the intakes, openings and air curtains you see here, are functional. In fact, the valley you see in the middle of the bonnet, makes the Kidney grille look like a giant pair of suction tunnels. In the M4 Coupé, the grille is taller than in the 4 Series Coupé we saw in June.

The black grille-sort-of-a-thing you see on the front fender is just a plastic insert, but otherwise, the rest of the car looks pretty good. Both models also get CFRP roof as standard, which further cuts down the weight. Speaking of weight, the M3 Sedan’s unladen weight is 1,705 kg (3,759 lbs) while the Competition model weighs 25 kg (55 lbs) more. As for the M4 Coupé, the unladen weight is 1,700 kg (3,748 lbs) and its Competition sibling weighs 25 kg (55 lbs) more as well. 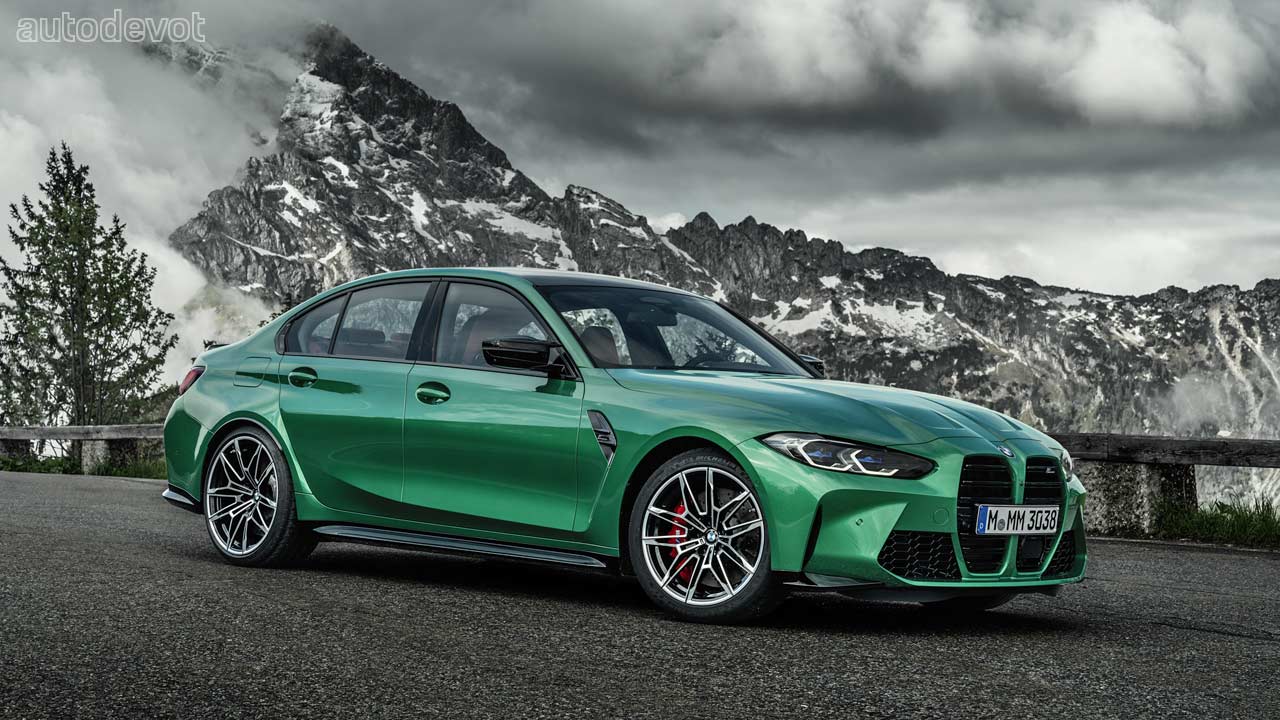 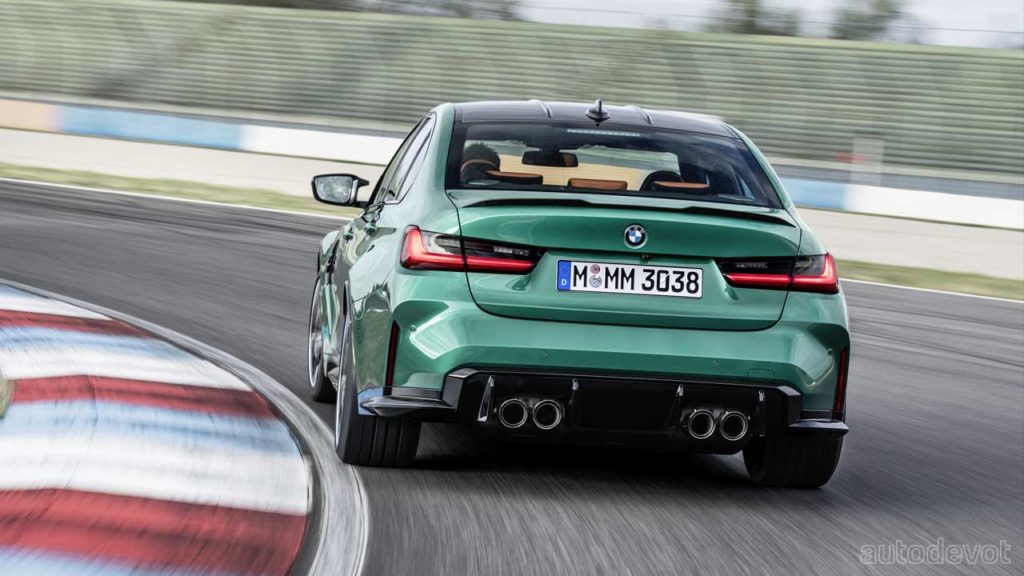 Unlike the polarizing exterior, the cockpit looks great, especially in the new M4 Competition Coupé with those optional M Carbon bucket seats that offer a wide range of electric adjustment. The example here has an interior combination of Yas Marina Blue/Black with Yellow accents. There’s also a generous application of carbon fibre for decoration. The rest of the features are the usual stuff such as a 12.3-inch digital instrument cluster, a 10.25-inch central display, and a host of driver assistance systems. The options list includes a Head-Up Display and 16-speaker Harman Kardon sound system. 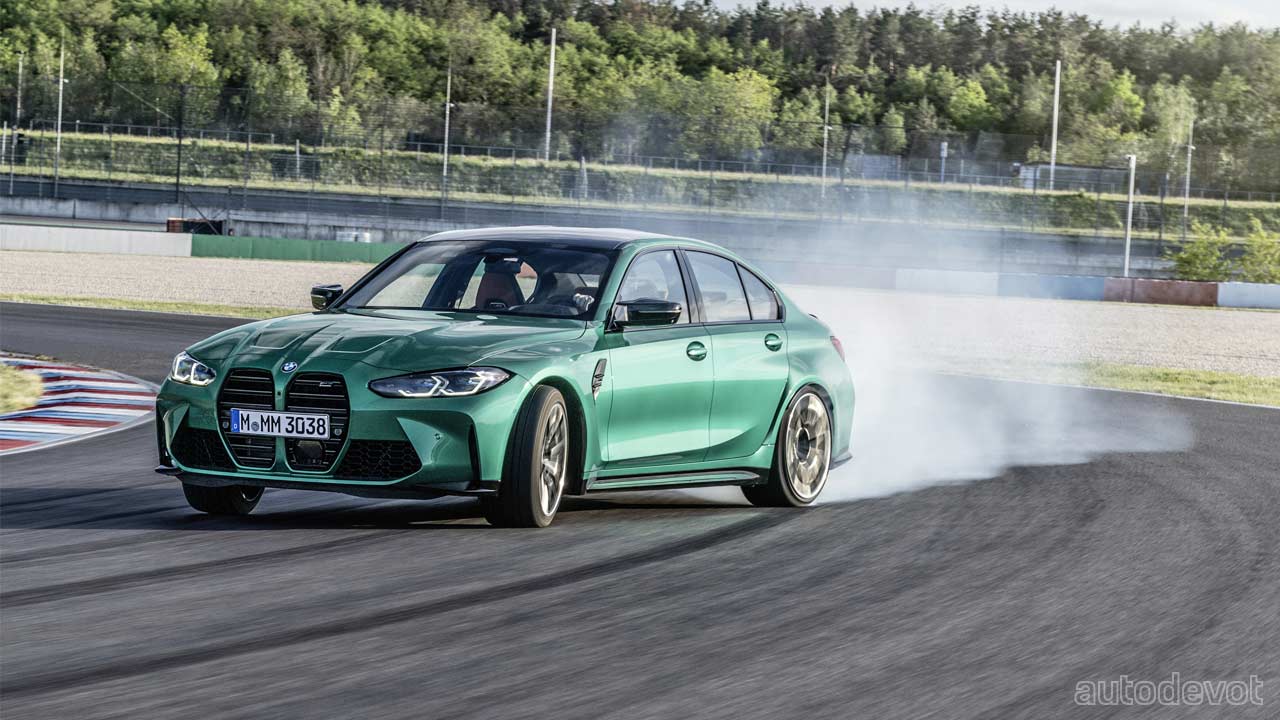 The Adaptive M suspension with electronically controlled shock absorbers is fitted as standard on both the new M3 Sedan and M4 Coupé. The damper settings can be altered via modes such as Comfort, Sport and Sport Plus. Also, the M Traction Control function offers 10 stages of wheel slip to play with. What’s more? the iDrive menu has M Drift Analyser which notes down the duration (in time), line and angle of the driver’s latest drift, and also shows a star rating. In AWD Competition models, the driver can also choose from 4WD, 4WD Sport and 2WD settings for the M xDrive system; the latter is a pure rear-wheel drive. 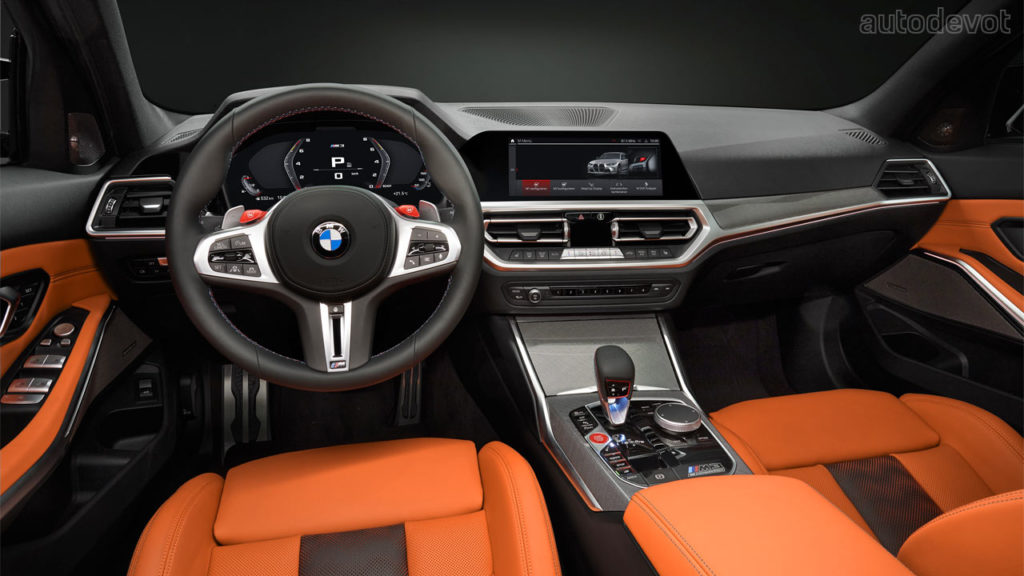 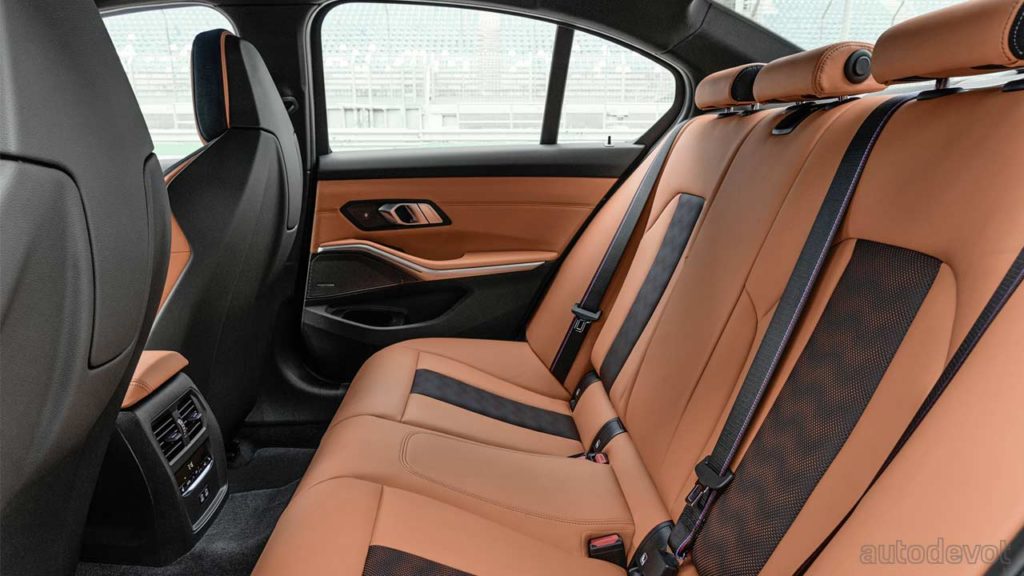 The engine and the output figures are exactly the same for the M4 Coupé. BMW claims identical 0-100 km/h (62 mph) sprint times for both the M3 Competition Sedan and M4 Competition Coupé, which is 3.9 seconds. The top speed is limited to 250 km/h (155 mph) as standard, which can be increased to 290 km/h (180 mph) for extra money.

Depending on the market, the new M models will go on sale from March 2021.