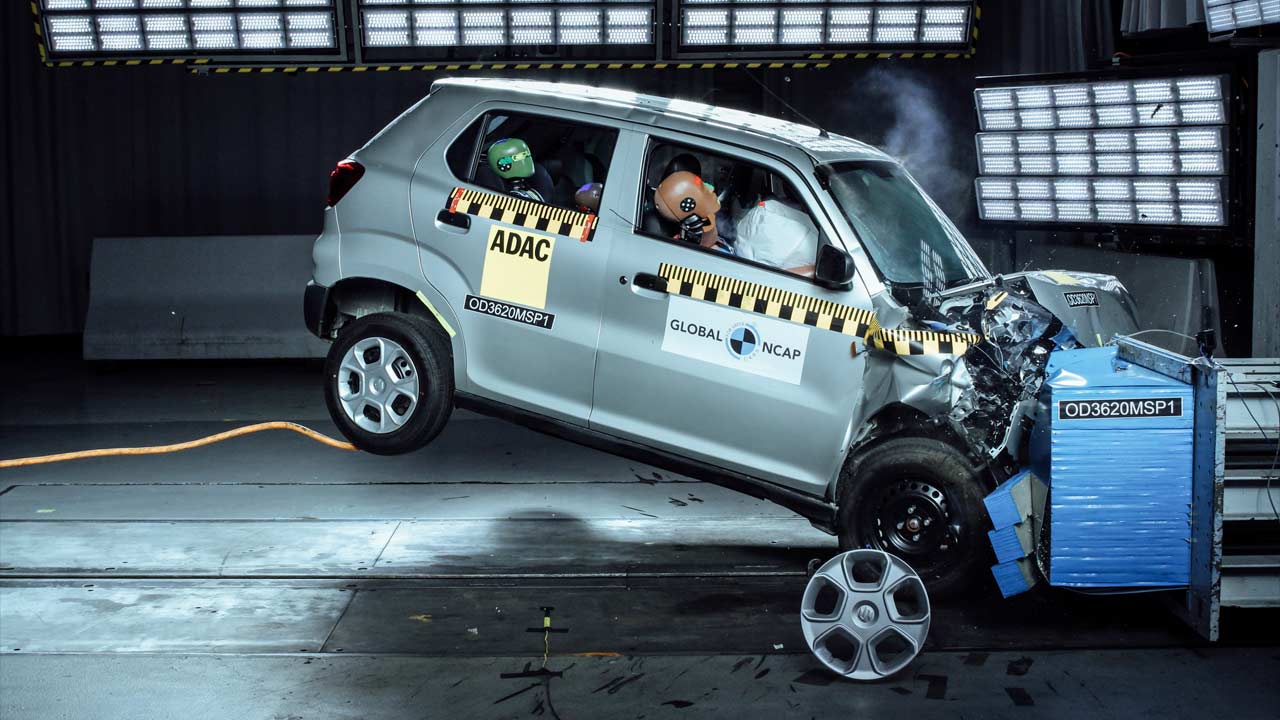 Maruti Suzuki brewed the S-Presso for the Indian masses last year; the car is a major contributor to the company’s monthly 6-figure sales. It had to face the inevitable Global NCAP crash tests at some point, and unsurprisingly, it scored no points in the adult occupant category. In the child category, however, it scored 2 stars, which is still a very disappointing number anyway.

The tested car was equipped with only a frontal driver airbag and 4-channel ABS.

The bodyshell integrity was rated as unstable and so was the footwell area.

Child Occupant
As for the child occupant category, the report said that the child seat for a 3-year-old was installed FWF with the adult seatbelt and it was not able to prevent excessive forward movement during the impact over the 550 mm limit. The 18-month-old CRs was installed with the adult seatbelt rearward facing, which resulted in poor protection for the head as it was exposed. The vehicle does not offer 3 point belt in all seating positions and it does not offer ISOFIX anchorages either, which all resulted in its poor rating. Download the full report here.