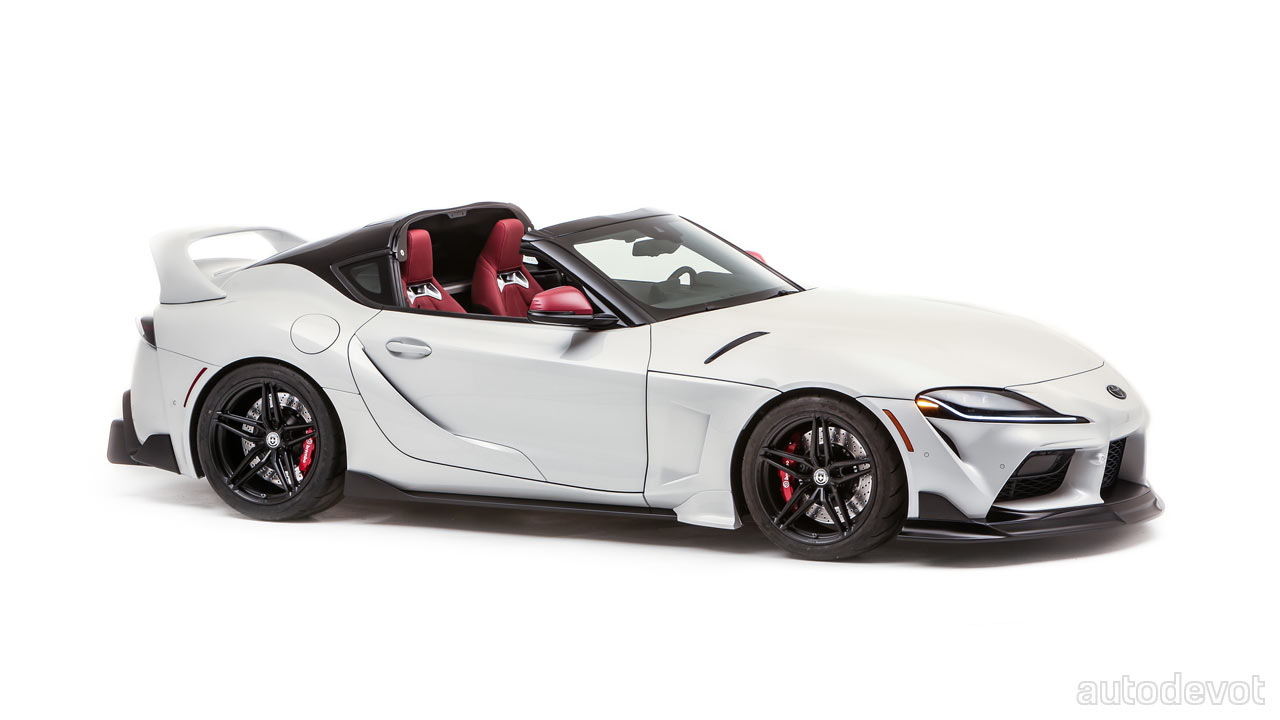 As you know, if you want a convertible GR Supra, your only option is to buy the Z4. But if you wondered how the former itself would look like without a roof, Toyota has built one, or rather, chopped one, for SEMA360. 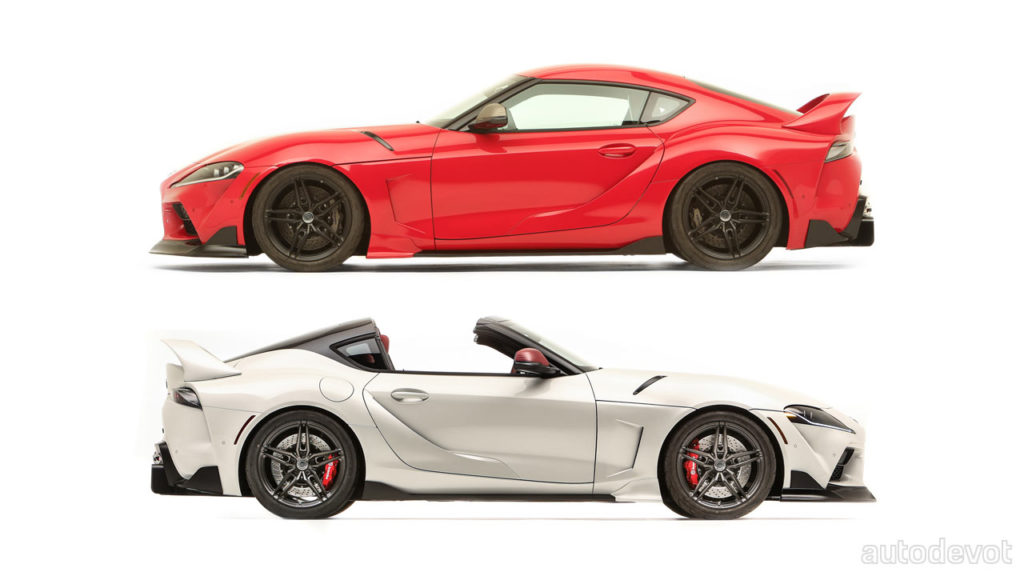 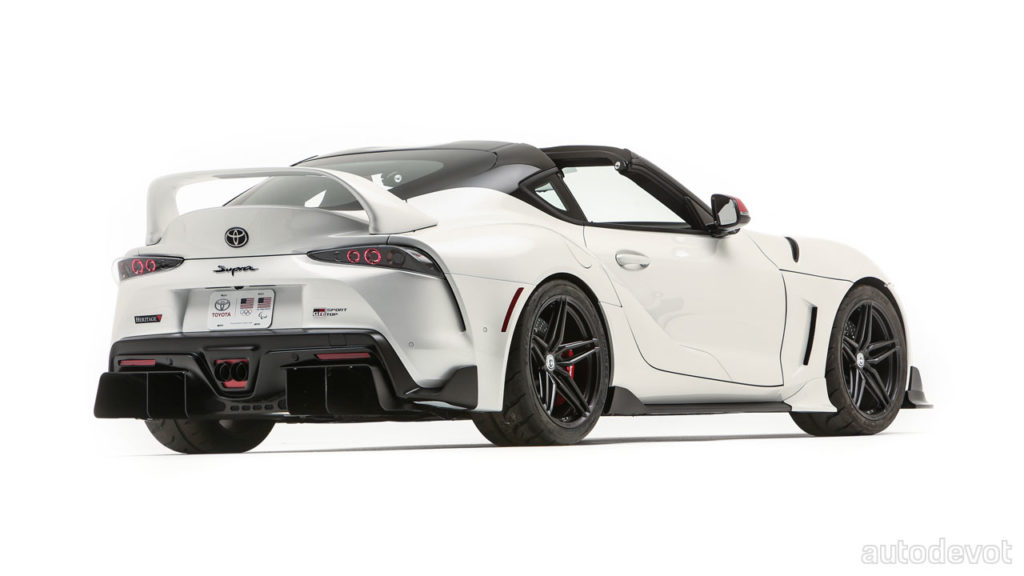 Called the GR Supra Sport Top, it is apparently, an open-air tribute to removable-top Supra models of the past. Meaning, unlike the 911 Targa, for example, there’s no convertible mechanism here. The roof (two composite panels) needs to be manually removed and stowed somewhere, maybe in the car’s trunk. Also, Toyota said that the crew ensured structural rigidity by reinforcing large sections of the vehicle’s frame.

The rear-end features A80 Supra-inspired basket handle wing and round taillights.