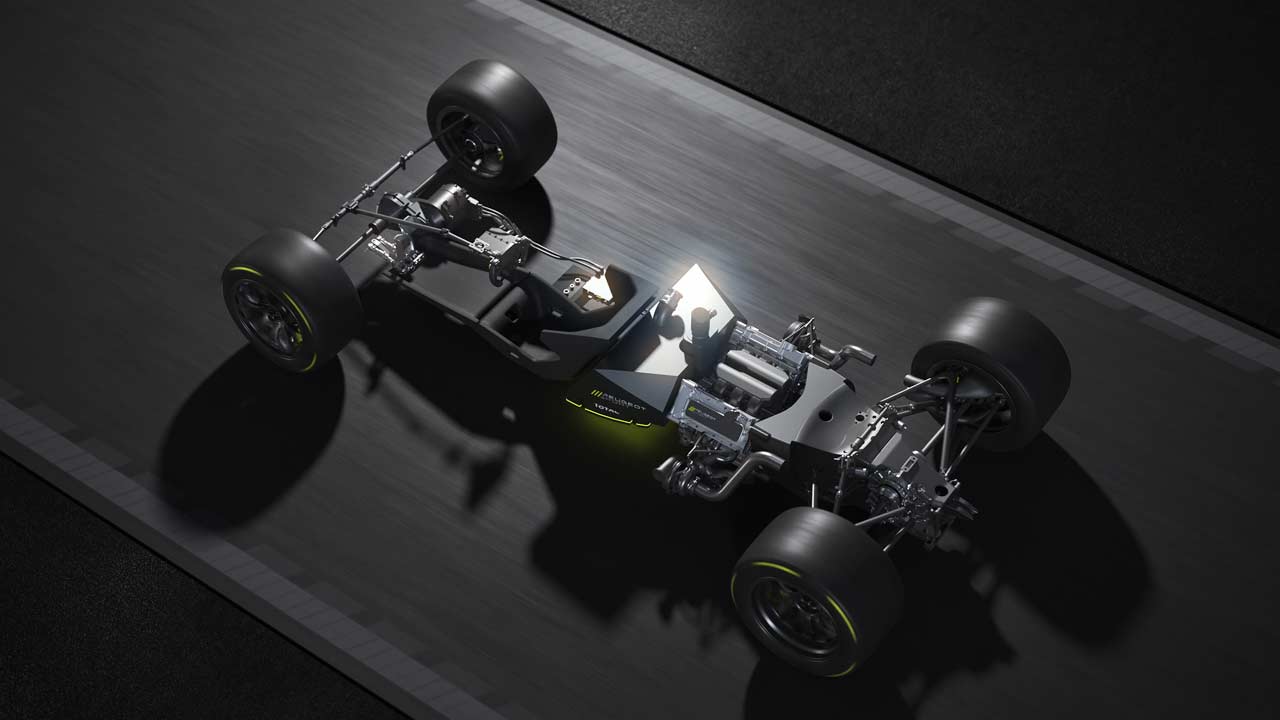 Peugeot has revealed some technical details on its new Le Mans hypercar that’ll join the FIA World Endurance Championship (WEC) battle in 2022. The powertrain is still in its development phase, with bench and simulator testing scheduled in the first half of 2021. Anyway, here are the details of the Peugeot Hybrid4 500 kW. 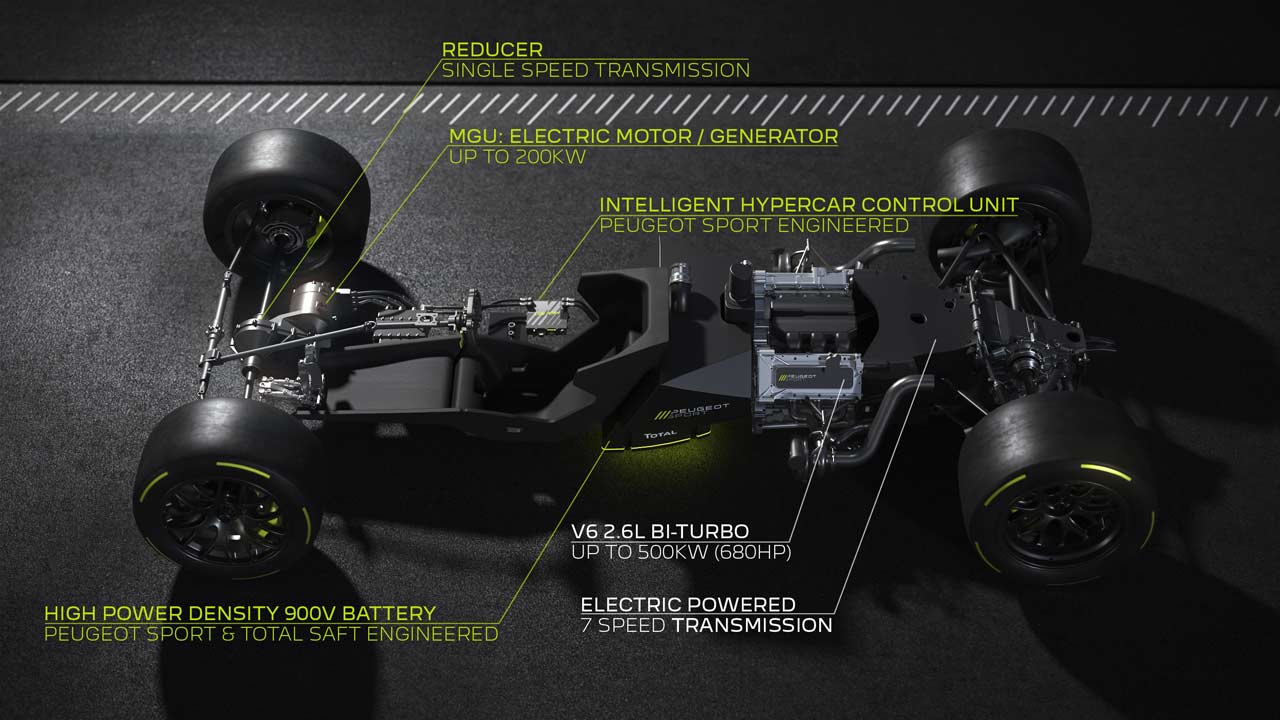 Behind the driver seat lies a 2.6-litre twin-turbo V6 petrol engine and at the front, there’s an electric motor that doubles as a generator (motor-generator). By default, the ICE is capable of delivering up to 500 kW (680 metric hp) while the e-motor develops 200 kW (272 metric hp). However, the powertrain must comply with new FIA WEC regulations; meaning, the combined output must not exceed 500 kW. 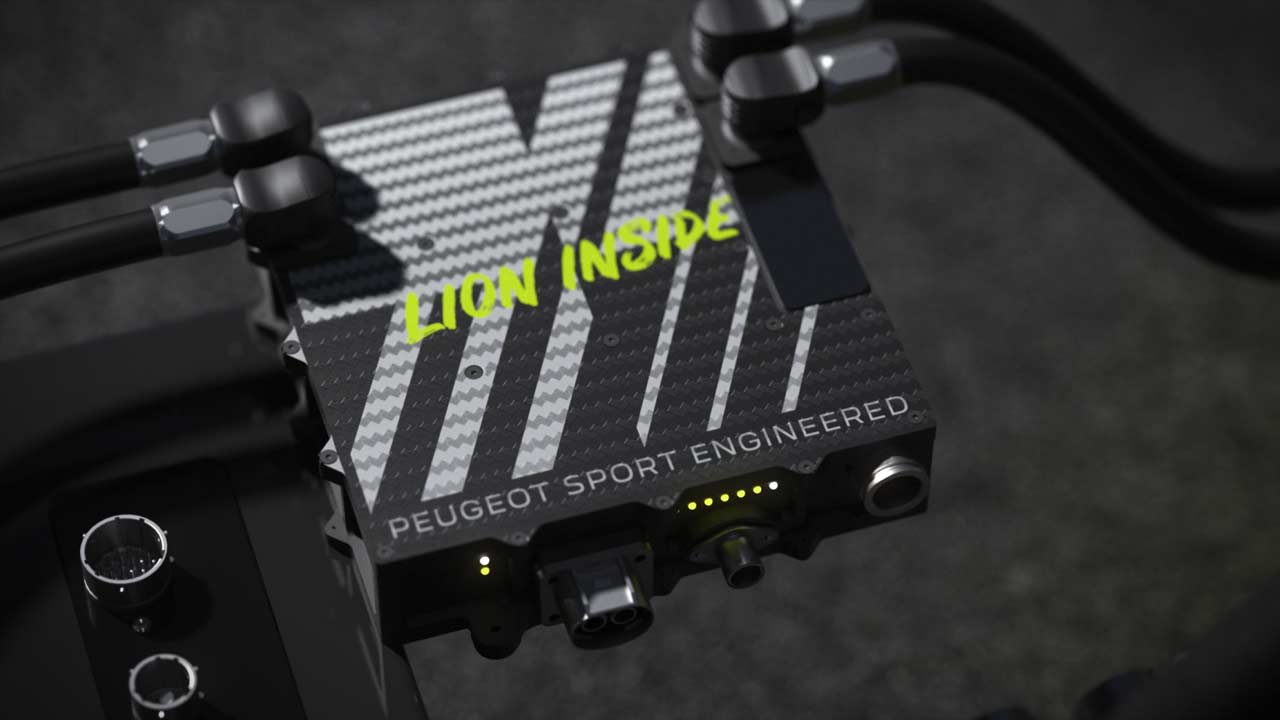 Also, the regulations forbid the use of electrical assistance below 120 km/h (74.5 mph), so the motor-generator unit only engages once this speed has been reached. Meaning, the car must pull away from standstill under its ICE power alone. At full power (above 120 km/h), the V6’s output is capped at 300 kW (408 metric hp) and adjusted accordingly depending on how much power the electric motor is delivering, which also varies depending on the battery level. Obviously, when the MGU comes into action, the car becomes AWD and if the battery gets drained, the ICE returns to 500 kW output and the car reverts to being a rear-wheel drive. 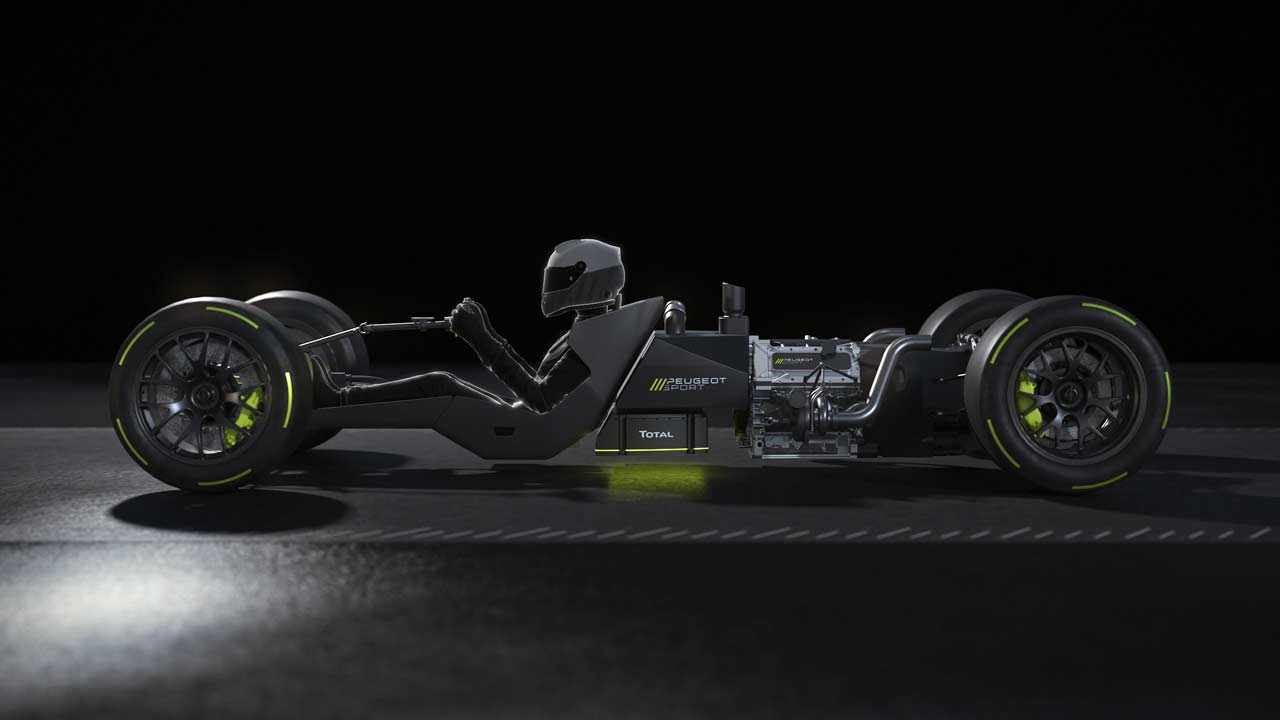 During races, the battery will be fully charged prior to the start via a plug-in hybrid charger. Once out on the track, it’s the KERS’ responsibility to feed the battery.

While the combined output is capped at 500 kW, there are some exceptions covered by the regulations. The power output of the ICE may be increased by 3% to 515 kW (700 metric hp) at the end of straights if the battery is depleted. In this case, the electric motor is working as a 15 kW (20.4 hp) alternator. Another exception is the possibility to run with either the ICE or the electric motor, or both concurrently, in the pitlane or when the speed is restricted to 60 km/h (37 mph). 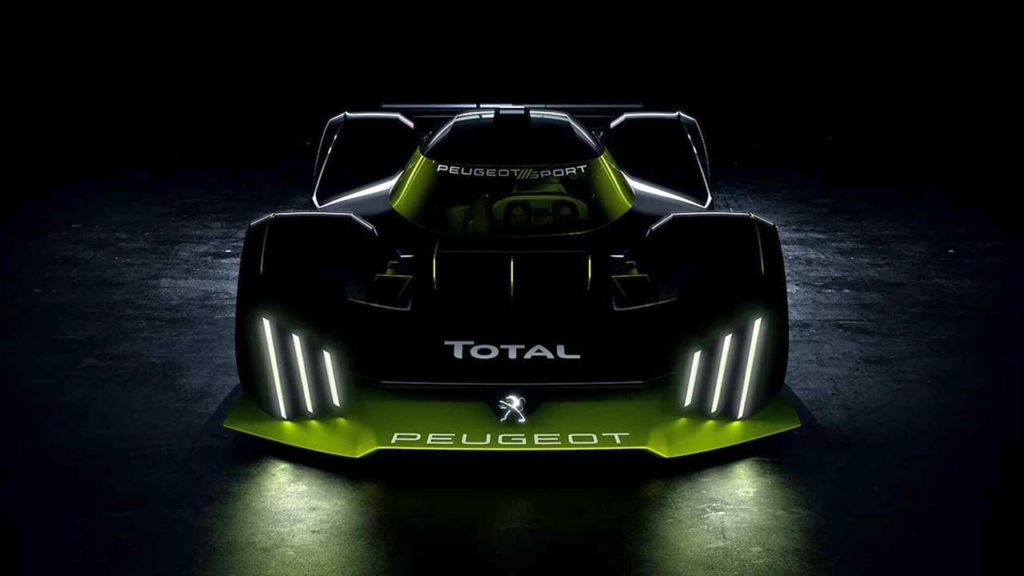 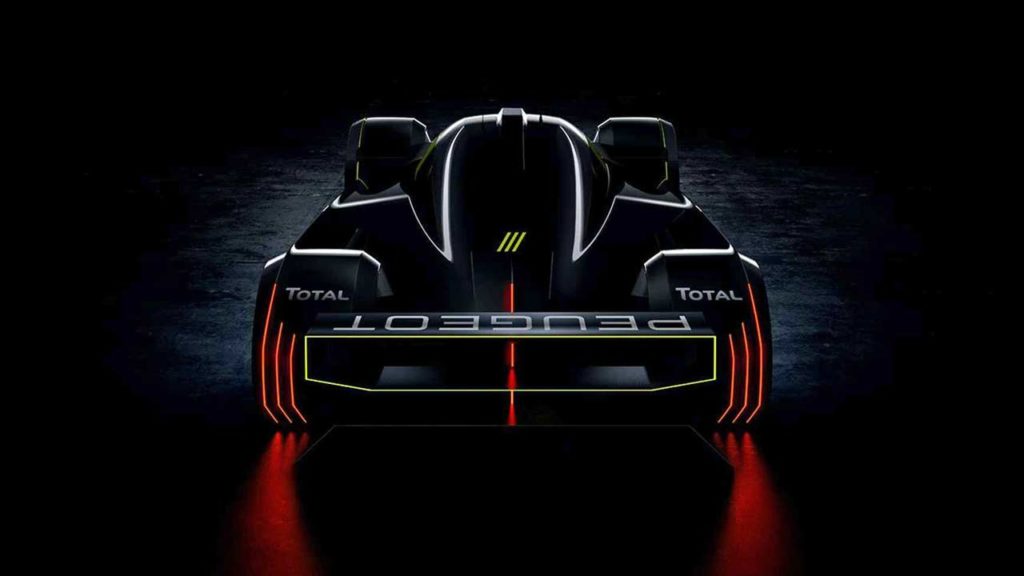 As required by the regulations, the hypercar will be equipped with specific sensors to monitor and transmit the power levels measured at all four wheels to the FIA in real-time to guarantee the maximum output specified by the Balance of Performance (BoP), Peugeot said. 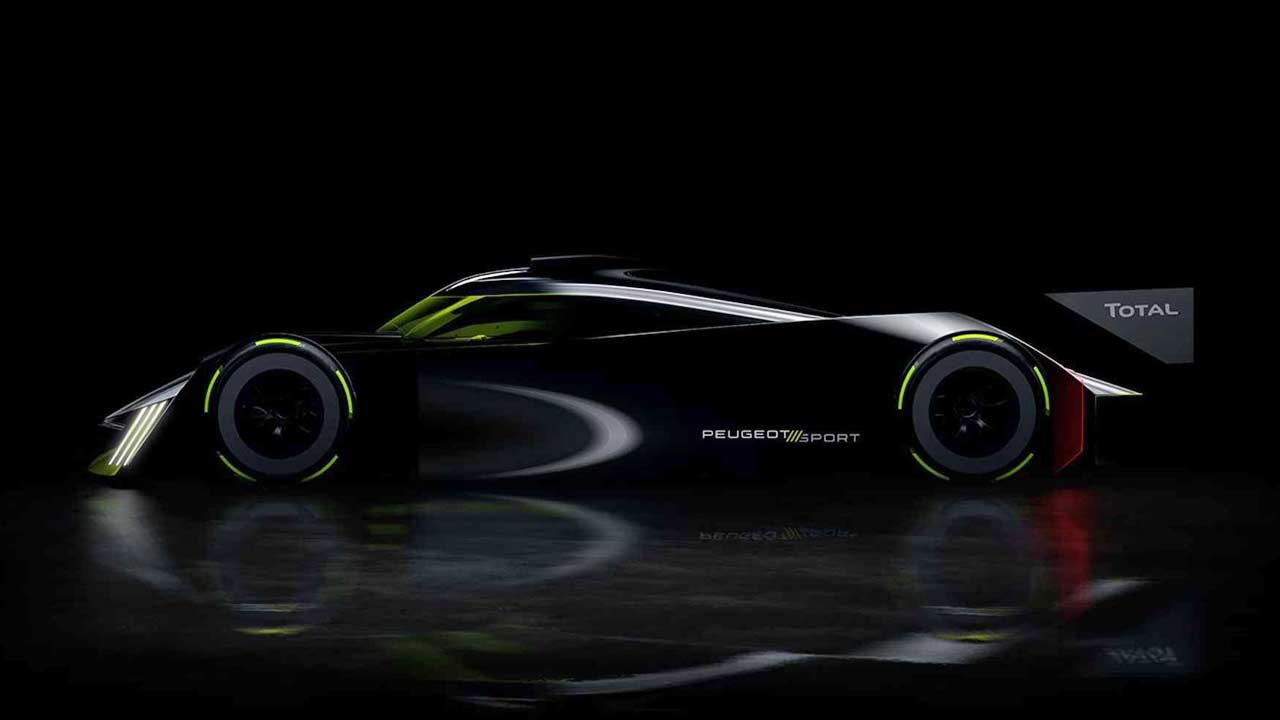 The motor-generator unit will be equipped with a lightweight, high-efficiency single-speed transmission and a latest-generation inverter to transfer battery power to the motor. It will have the capacity to use all the energy available in the battery instantly, thanks to the powertrain’s energy management system strategies. PSA Motorsport’s experience of the WRC and Formula E will contribute to the development of the software employed to manage the computer and energy systems (braking energy recovery, power under acceleration, anti-lag system, reduced fuel-consumption). – François Coudrain, Peugeot Sport’s WEC Program Powertrain Director