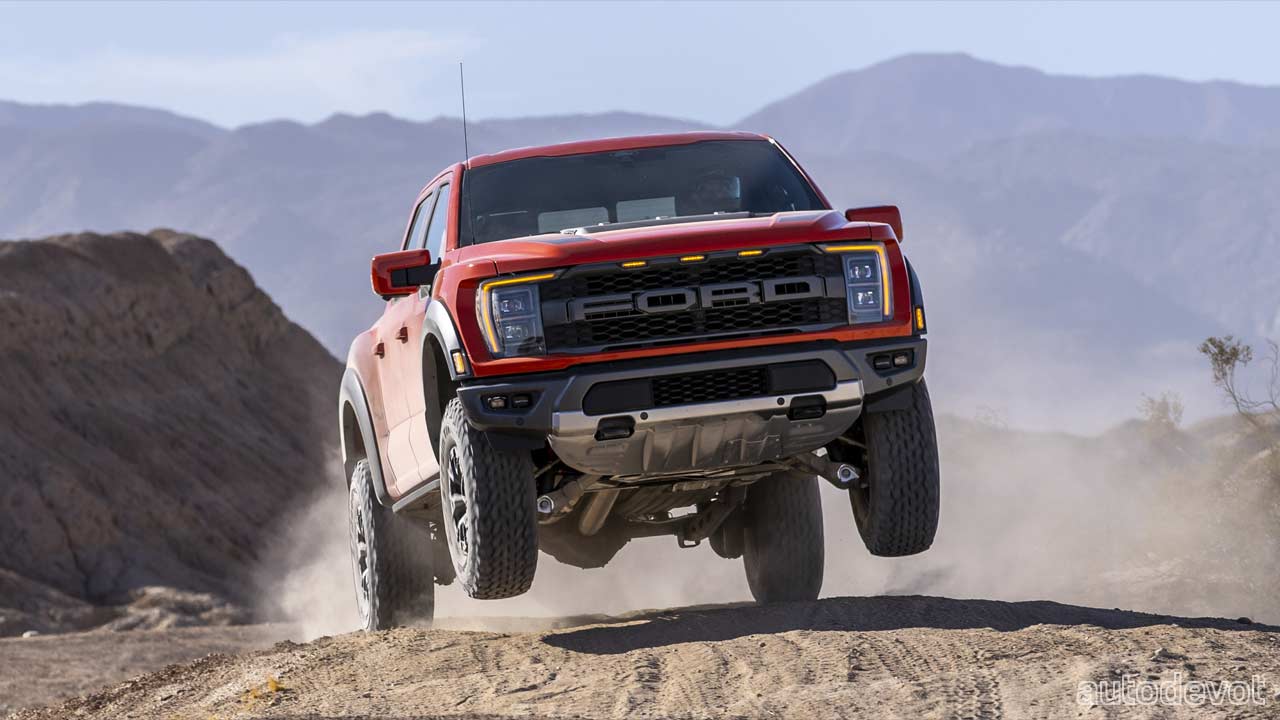 Ford has Raptized the 14th generation F-150, which is claimed to be the most off-road capable and connected Raptor ever. The 2021 F-150 Raptor is expected in the U.S. showrooms this summer. Also, the Raptor R is coming next year. 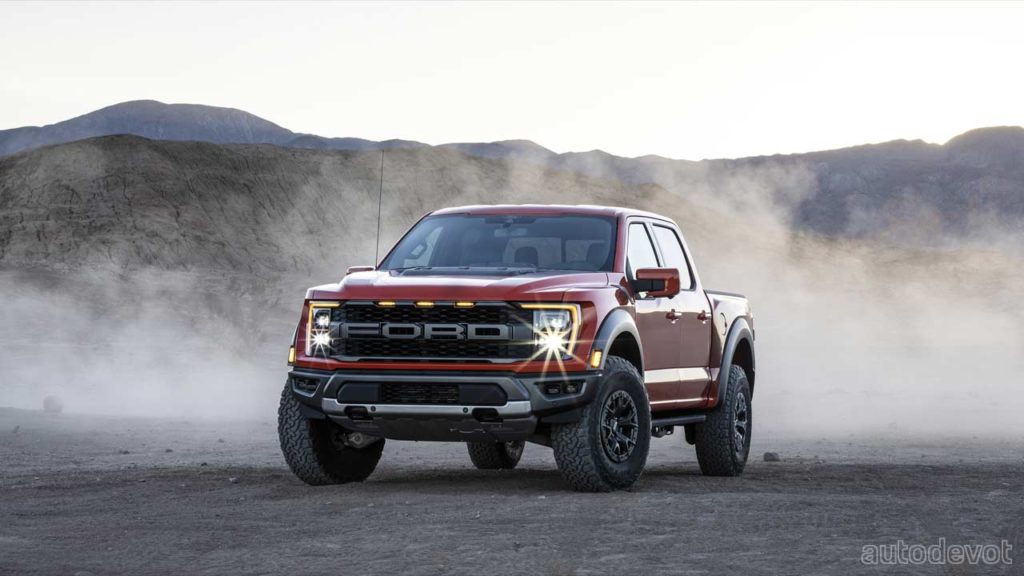 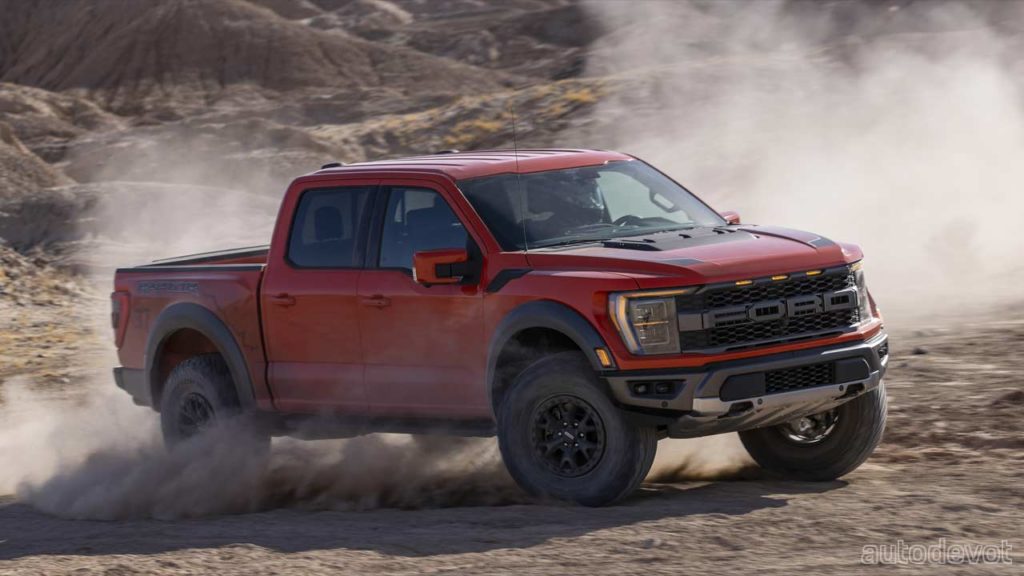 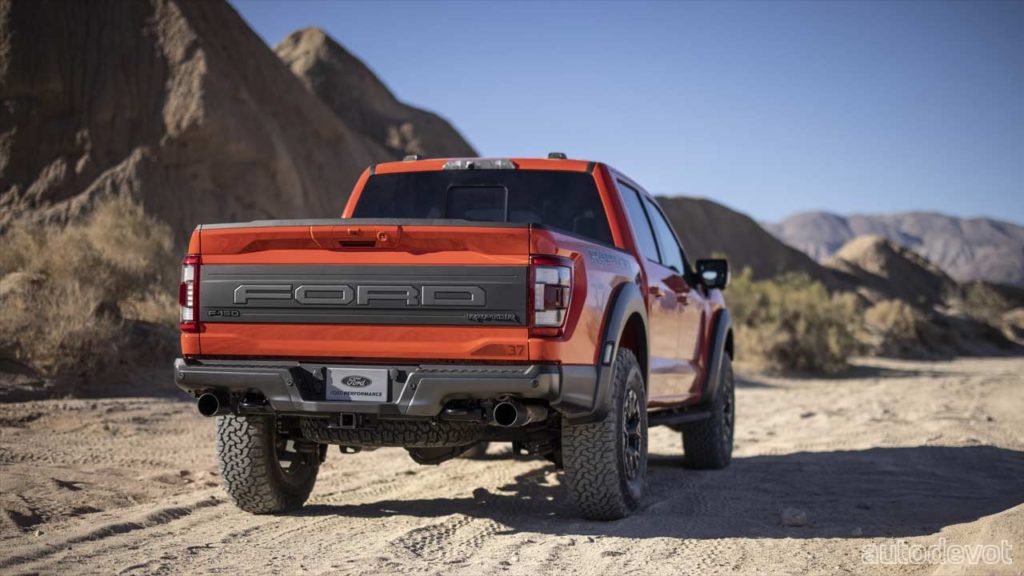 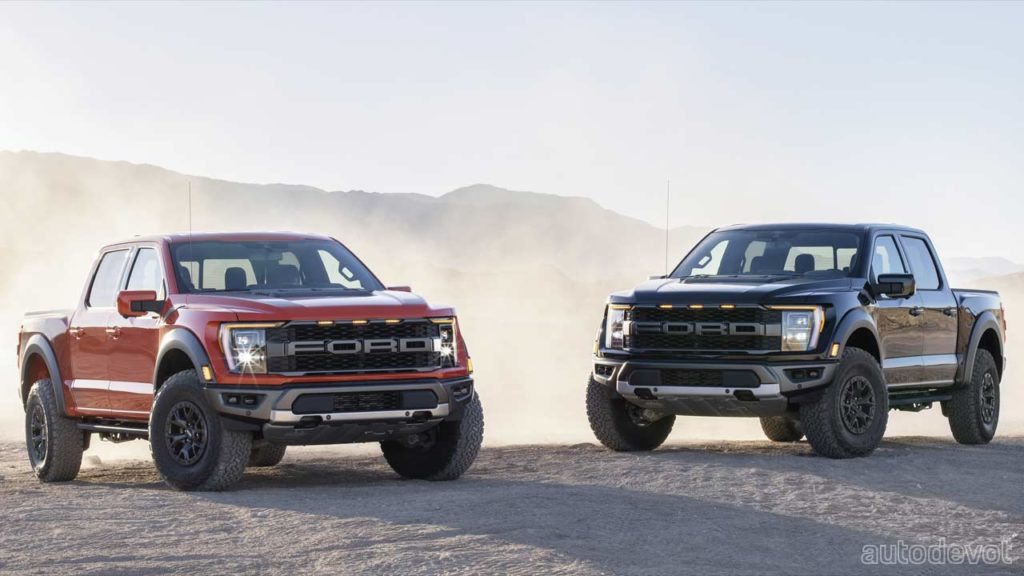 As for the looks, it manages to appear sporty compared to the typical workhorse truck looks of the regular F-150 models. There’s a Raptor-typical blacked-out front grille with Ford branding; sporty front bumper with real skid plate; functional hood scoop; blacked-out headlights and taillights; and a choice of three 17-inch wheels. I think it’s gonna be a tough choice between this and the Ram 1500 TRX when it comes to looks. 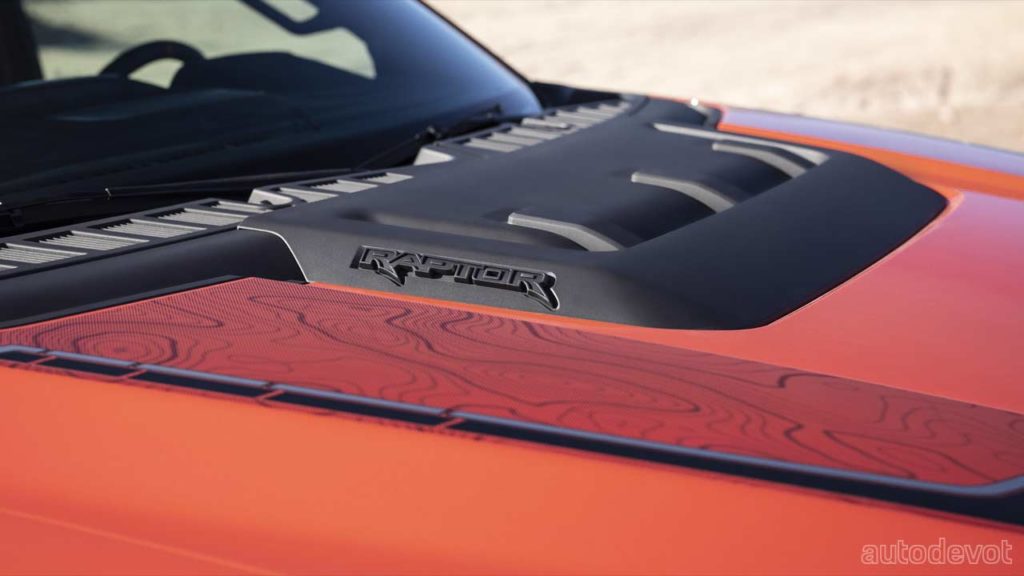 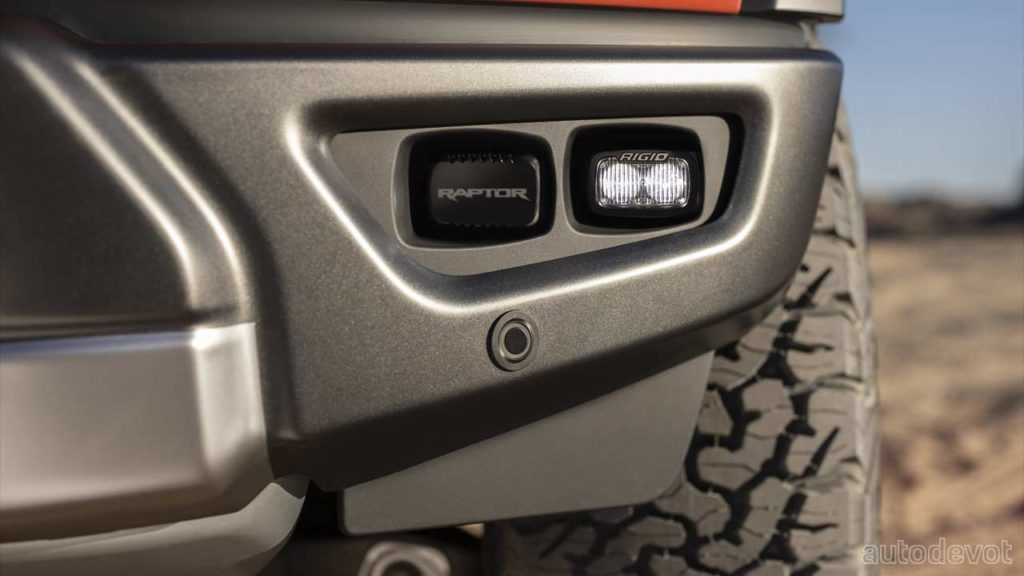 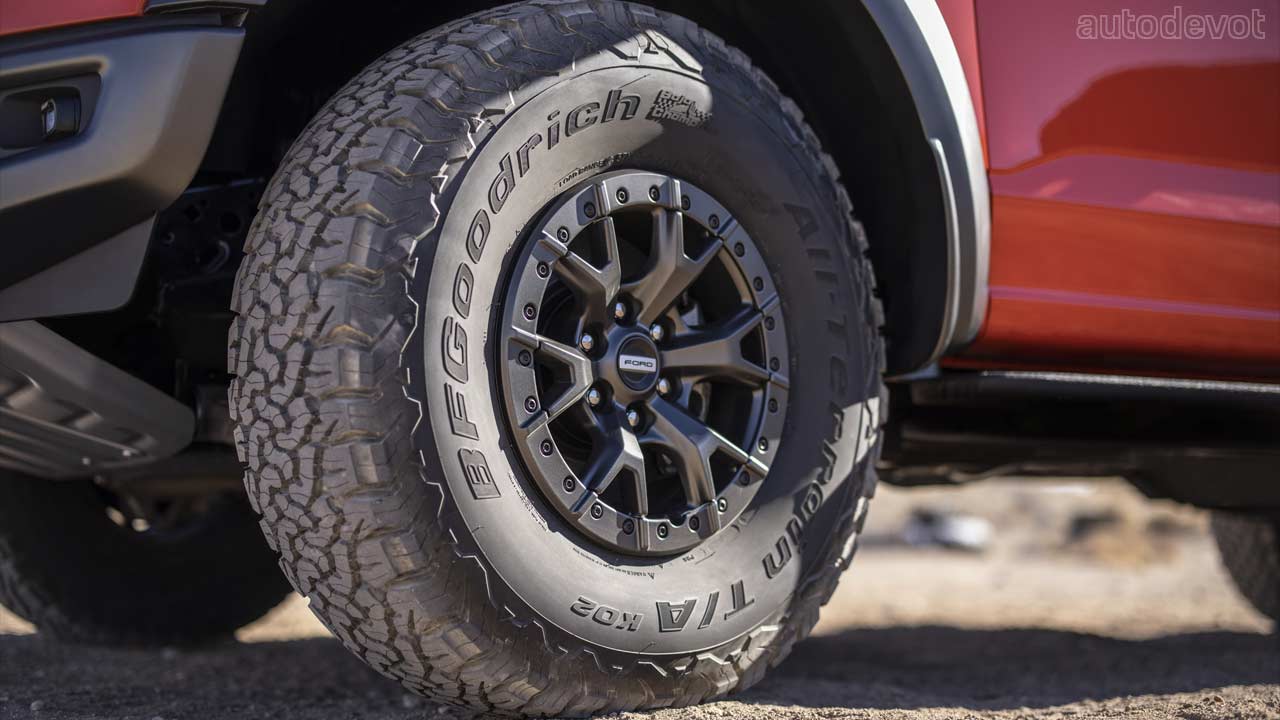 Front bumper mounted Rigid off-road lighting is optional. For the first time, the Raptor is available with either 35-inch or 37-inch tires; these BFGoodrich All-Terrain T/A KO2 tires are claimed to offer maximum traction and handling. With 35-inch tires, Raptor clears 12-inch obstacles with an approach angle of 31-degrees, maximum departure angle of 23.9-degrees and breakover angle of 22.7-degrees, Ford said. The 37-inch tires boast 13.1-inches of running clearance, 33.1-degrees of approach angle, a maximum 24.9-degrees of departure angle and 24.4-degrees of breakover angle. 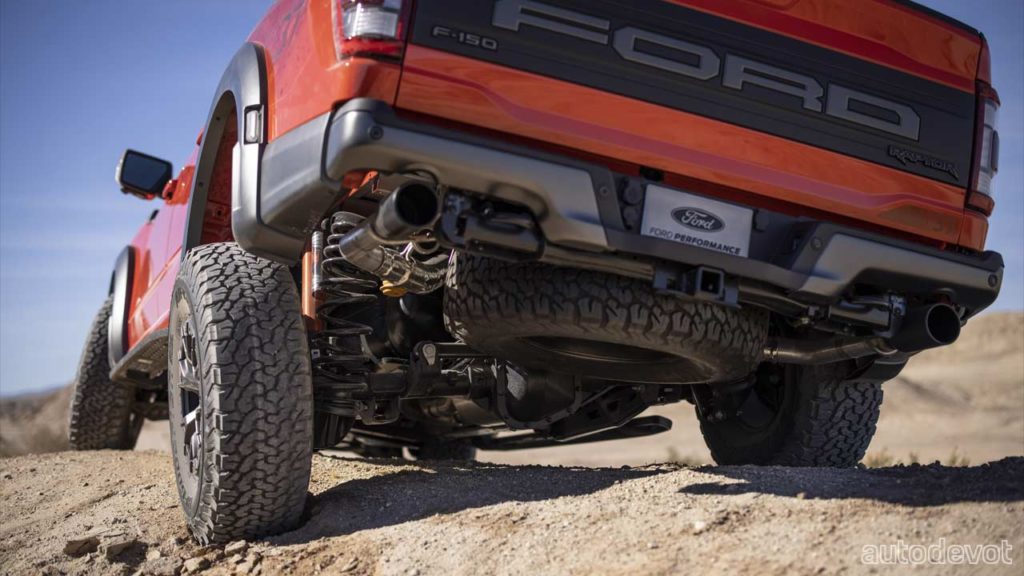 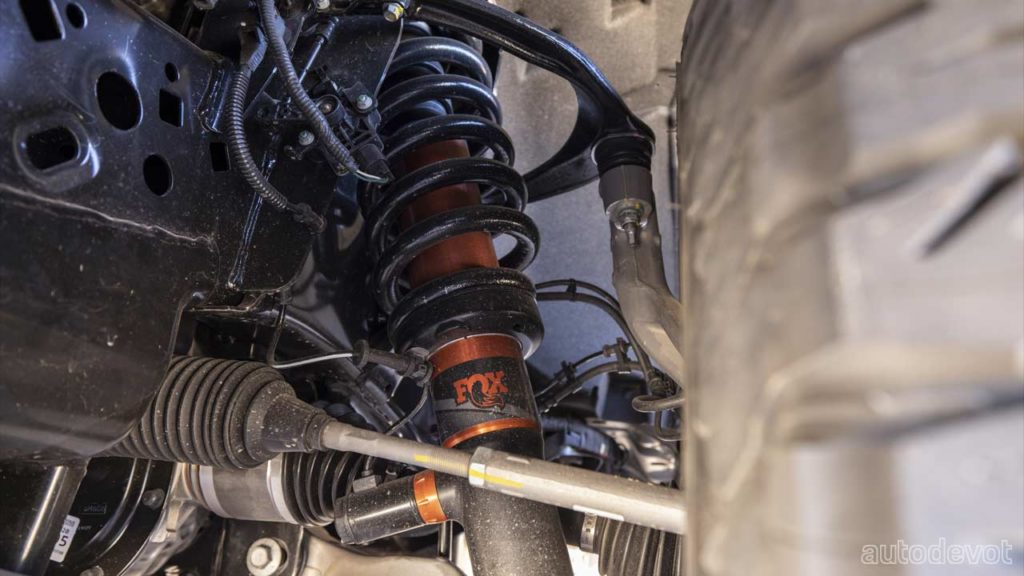 Readings from suspension height sensors and other sensors around the truck change damping rates independently at each corner 500 times per second, with the shocks responding at the same speed the human brain processes visual information. The truck responds by the time the driver even registers a terrain change. 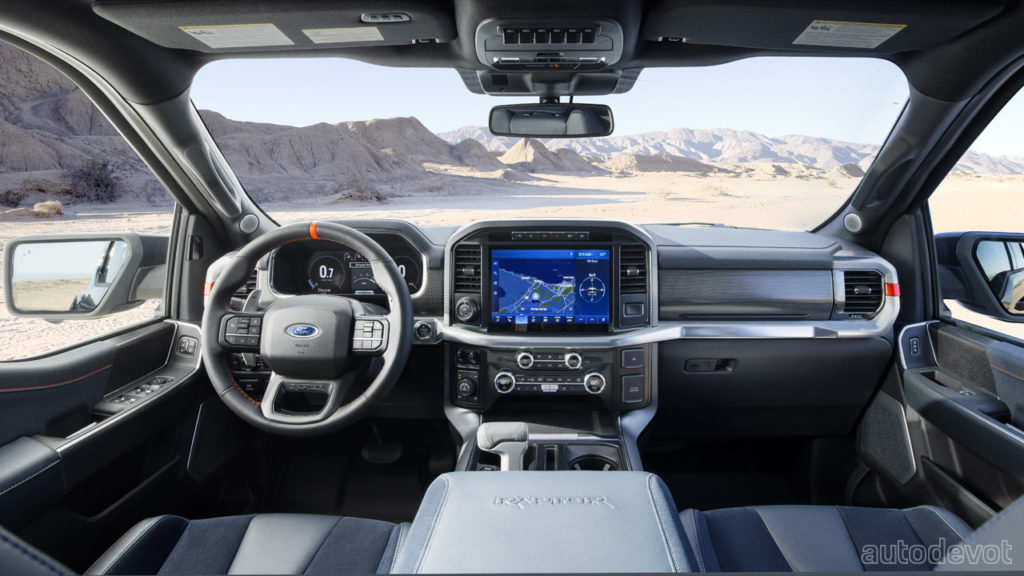 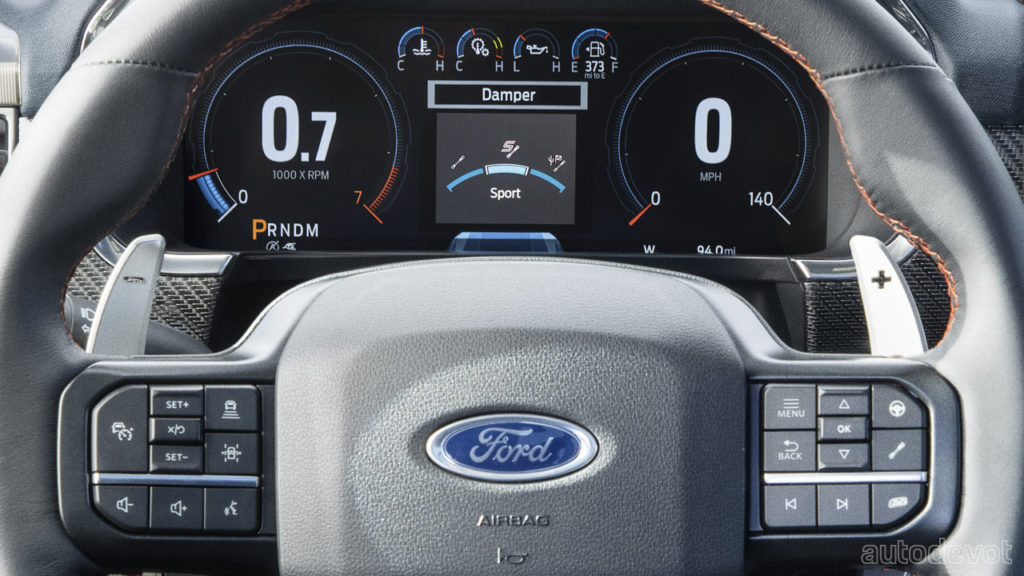 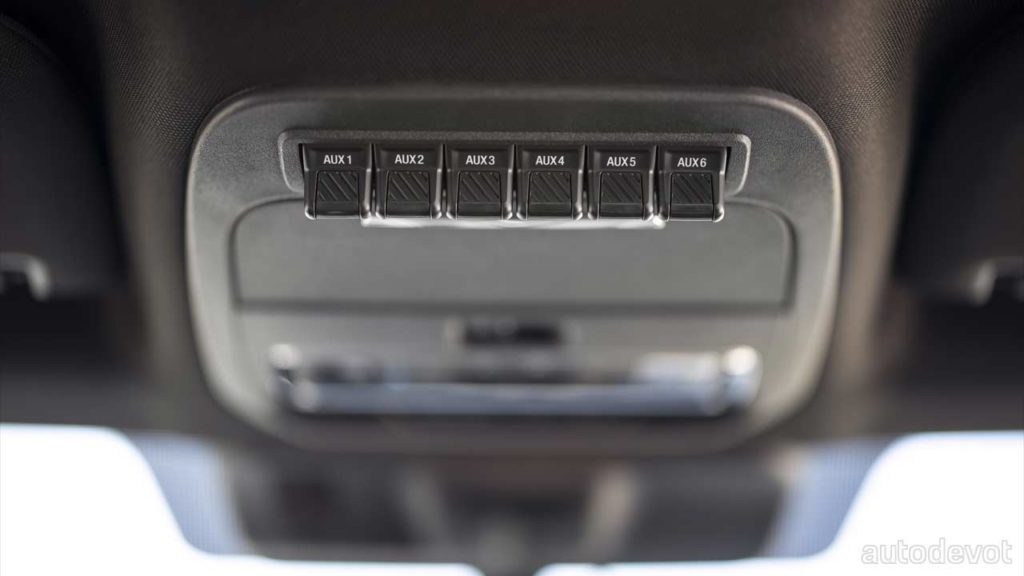 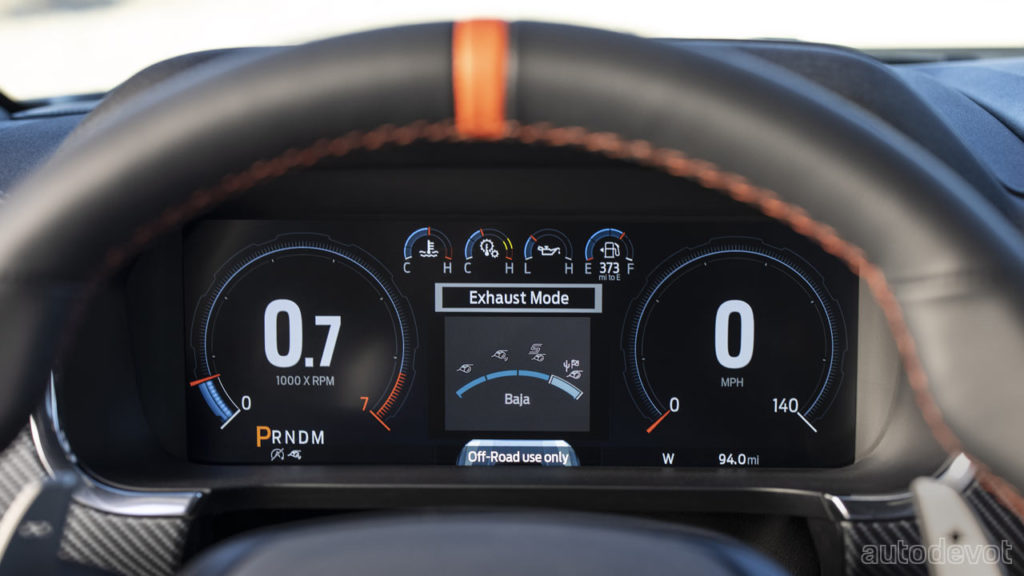 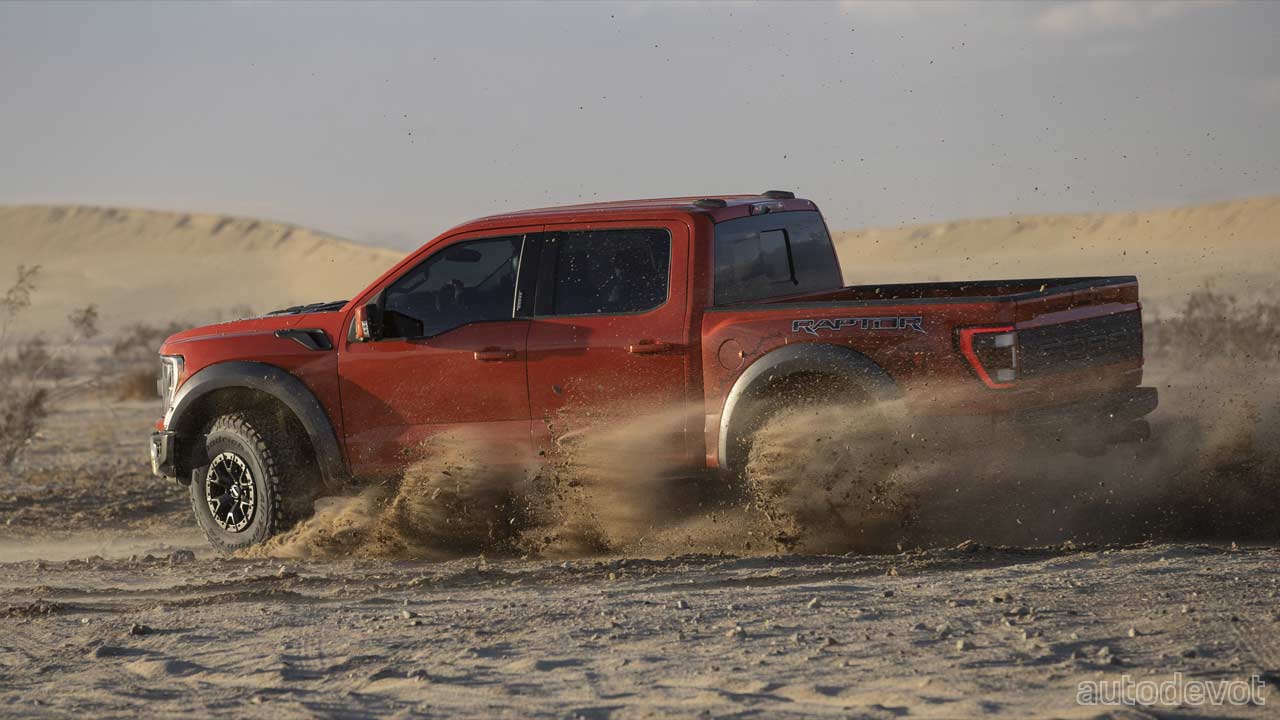 The new F-150 Raptor carries over the 3.5-litre EcoBoost V6 petrol engine, paired with a 10-speed automatic gearbox and torque-on-demand transfer case. The engine’s output figures are yet to announced. Electronic locking rear differential is standard while a Torsen front limited-slip differential is optional. Also, the engine has been hooked up with an active valve dual exhaust system for a throatier note.